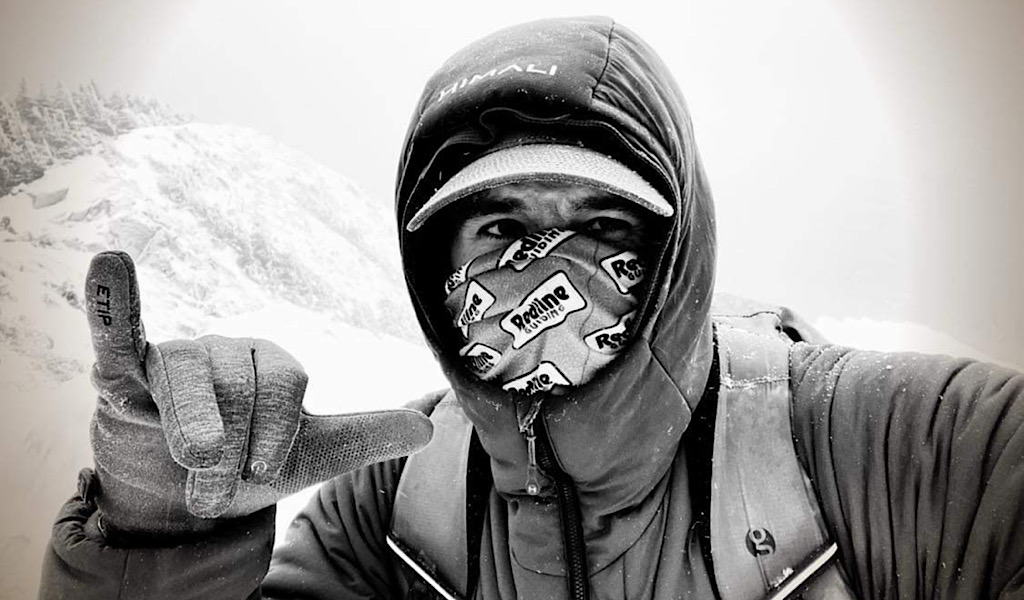 Because inquiring minds want to know this stuff. Because our guides are legends. They’re rock stars. People want to know what they eat for breakfast. What they think and how they feel. They want to know them during the hike as well as after. We decided to pose what we think may be three popular albeit unique questions to Redline Guide Mike Maciel:

So, Mike, please tell us a few things…

OUR QUESTION: You hike a lot. Not just guiding, but sharing with your friends. You’re a beast, in fact — we’d even say you’re incredibly fit. Have you always been this way: a hiking machine? Or is this a new avenue for you? 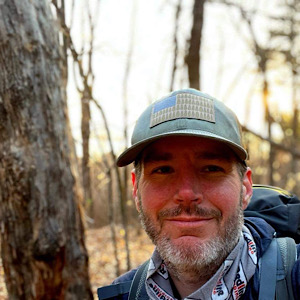 I haven’t. In comparison to some of my amazing peers I got a really late start. I played traditional sports growing up (baseball, basketball, soccer) and throughout my 20s & 30s which kept me busy. I went for a hike one day when I was around 30 and feeling kind of lost (figuratively, not literally-yet), and it made me feel good. Like, really good. I wanted to feel like that more often. So I started trying to fit hiking into the corners of my already busy life. That year (2010) I spent 10 days in the woods. Over the next decade that number slowly increased as the mountains became a larger part of my life, and the last few years we have made some big changes that have allowed me to really lean into it. 2020 I hit 102 days after leaving my job the prior year. Then last June we moved to Lincoln to give full-time mountain life a try and I got up to 129 days. This year I’m shooting for around 150, but we’ll see. I’m a big fan of balance so no forcing it just for an arbitrary number.

OUR QUESTION: You also seem to have a lot of free time and it leads us to speculate about many things. We wonder, are you a young retiree, a trust fund kid, some savvy investor, or maybe a drug dealer? What’s your secret? 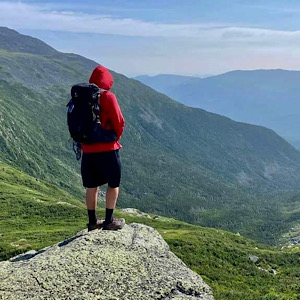 Drug dealer, obviously. Why do you think they are called the White Mountains? JOKING. Just say no, kids! I consider myself to be a young retiree, I left my traditional job at 38. I love to learn and in my 20s I stumbled upon a fringe thing called the FIRE movement (financial independence, retire early). It’s part minimalism, part investing, part ruthless efficiency. I ate it up and learned everything I could about it. I had a decent career, and having not grown up with much I didn’t need a lot to be happy. So I made the decision to stop spending my money on consumption/stuff and to instead save/invest it in buying my life back to escape the corporate grind. Once you decide to go for it, it’s really just a matter of discipline, math, and time. Every dollar you cut from the budget is something you now never need to earn again and it all adds up when combined with the magic of compound interest. So my lovely wife cuts my hair. We live in a small, but cozy ski condo. We drive 5 year old cars without many frills. Tradeoff? We live 5 minutes from Franconia Notch and I get to hike on those perfect weekdays now instead of being stuck to my laptop, staring longingly out the window. I wrote an article about it for a personal finance site a few years ago, for those interested.

Fun fact: After I sent my resignation email to HR, I sent another email. This one to a guy I had never met, asking him what he looked for in a guide. His name was… dramatic pause… Mike Cherim.

(Here’s an article I wrote about this: So, You Want to be a Guide?)

OUR QUESTION: You read a book a week, the envy of the time-pressed intellectuals with short attention spans everywhere. Inasmuch, it seems you’ve dialed in your life. So much so, we want to know more. Please share a life tip. 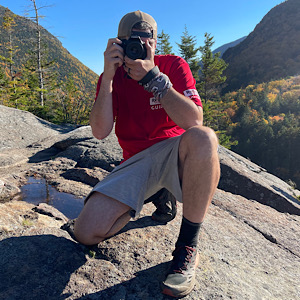 I’ll happily offer three life tips, because I love this stuff and, hopefully, it may help someone else out there get that much closer to their own goals.

1. On topic, here’s a tip to read more, that also applies for almost any habit you’d like to start:

2. Here’s one for a happy life: Make a list of the things that you do every day. Then make a list of the things that make you feel happy & fulfilled. Compare the lists. Reverse engineer, scratch, claw, add, subtract, kick and fight for your life until both lists look closer to the same. It’s called lifestyle design. Lack of time or lack of money are usually the common scapegoats, but it’s really about priorities. Where you choose to focus your limited resources of time, money, and attention. It’s not straight luck. I didn’t just stumble into this way of life. Katie (Mike’s wife) and I worked our butts off and sacrificed a lot to build it just the way we wanted. This is simply the end result of a lot of hard but calculated choices and delayed gratification.

3. Last tip: Shoot your shot. There’s probably someone out there who (when they started) was less qualified than you are right now, already living some version of your dream, simply because they believed in themselves and took a shot. It’s entirely possible that person is me.

Thank you for sharing your insights and information, Mike! 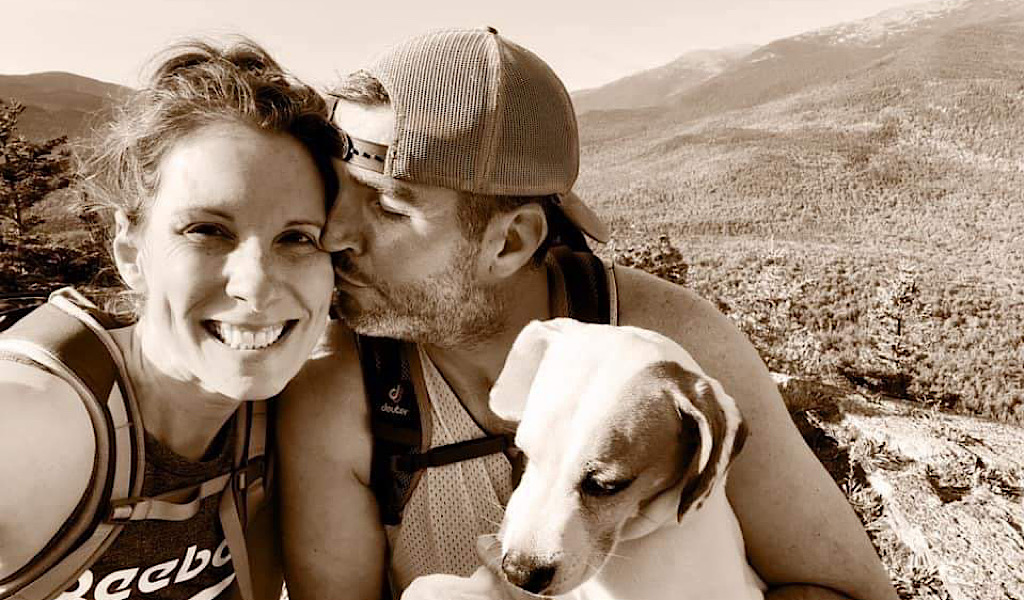 Everything he wants — everything he needs: Mike with his wife Katie and his dog, Jackson.