[…] she got to see Mt Washington on foot, by automobile, and also by train. We count that as a win.

The goal was to hike a two-day Presidential traverse, north to south, with an intermission, so to speak. A plan was proposed, some tweaks were made, and what resulted was an effective plan that began by Redline Guide Ken Hodges meeting our guest at the base of the Auto Road. From there they would mask up and carpool to the Pine Link trailhead. This would minimize in-car together time for safety reasons. From there they would hike all of the 4000-footers on that end of the range — Mts Madison, Adams, and Jefferson. They would have also hiked Clay, but it was pouring rain at the time. The rain stopped and the team made it finally to the Mt Washington summit. Redline Guiding owner Mike Cherim met them there. As per their plan, they would drive down the Auto Road in Mike’s Jeep, masked, windows wide open, to our guest’s awaiting car. Mike then brought Ken back to his car to close the loop.

The following morning, Mike met our guest at the Crawford Path trailhead at the AMC’s Highland Center parking lot (which now costs $10, by the way). She would again leave her car for the day. She hopped in with Mike again, traveling masked to the Cog Base, windows wide open, again minimizing time together. As they drove Mike shared as much info as possible, supplementing her own reearch, to help her on her quest. From the Cog Base our guest caught the first train to the summit to resume her traverse southward through and including Mt Pierce. The weather on day two, she reported, was better. Some will likely argue that the peaks don’t “count” doing the hike this way, and technically they would be correct, if our guest was interested in “counting” them, that is. She wasn’t, had no need to, and just wanted the experience. And speaking of experience, she got to see Mt Washington on foot, by automobile, and also by train. We count that as a win. 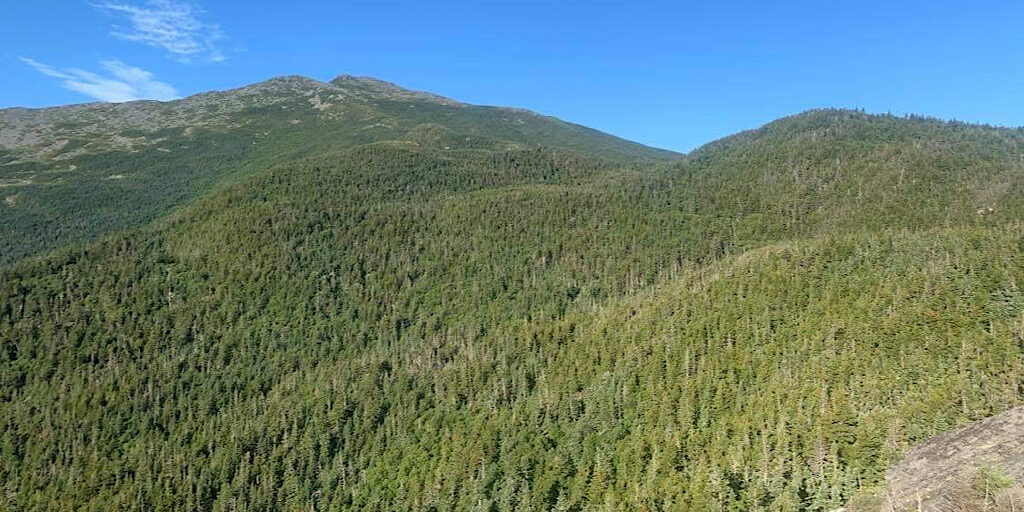 Howker and Osgood Ridges count among the first views. 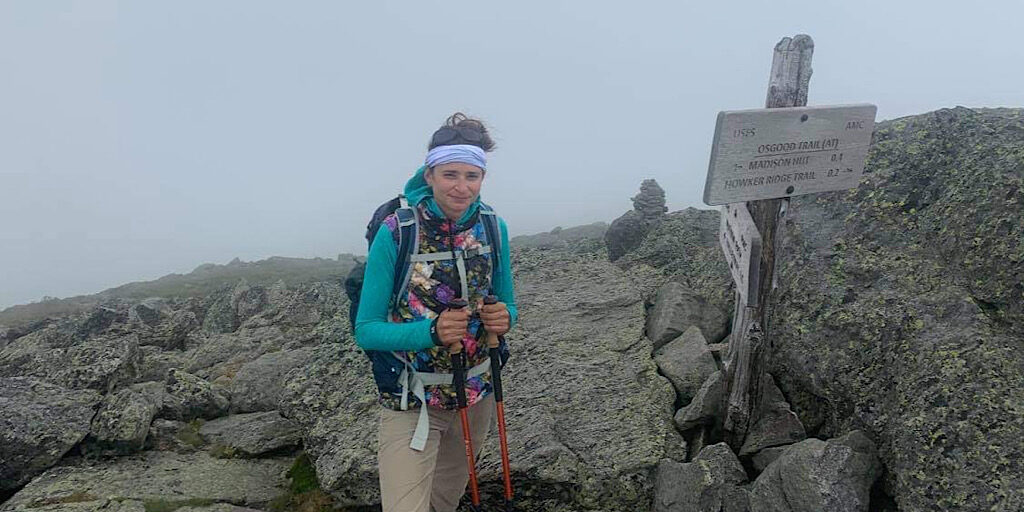 The Madison summit… now in the clouds. 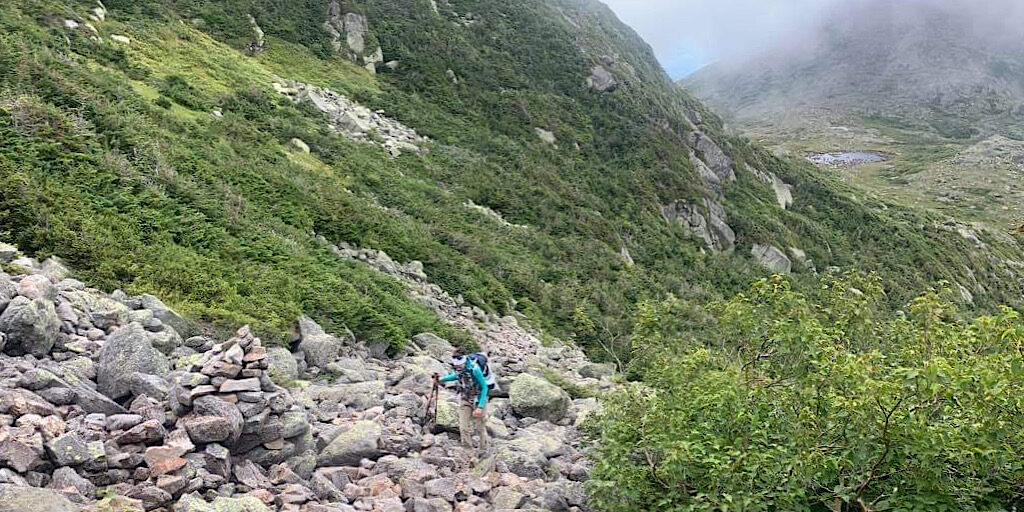 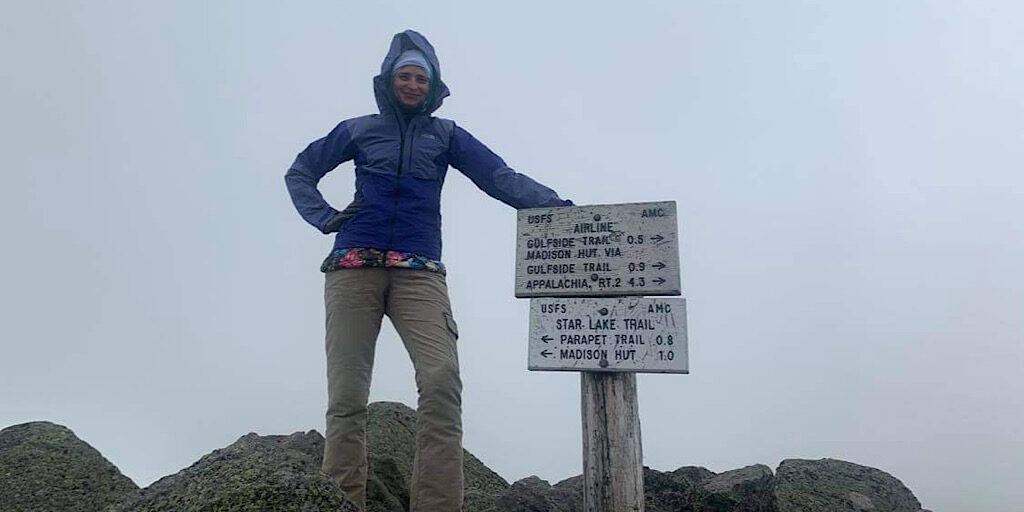 The summit of Mt Adams. 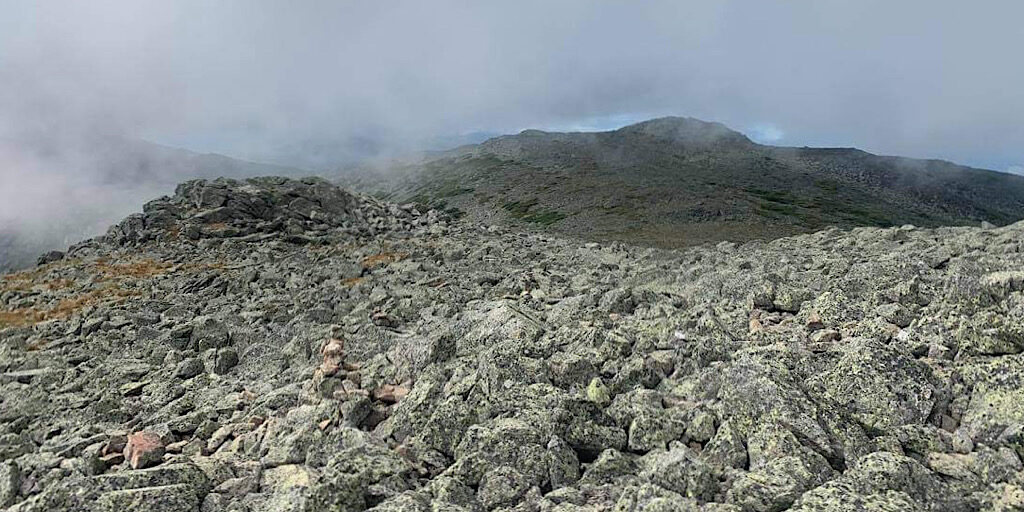 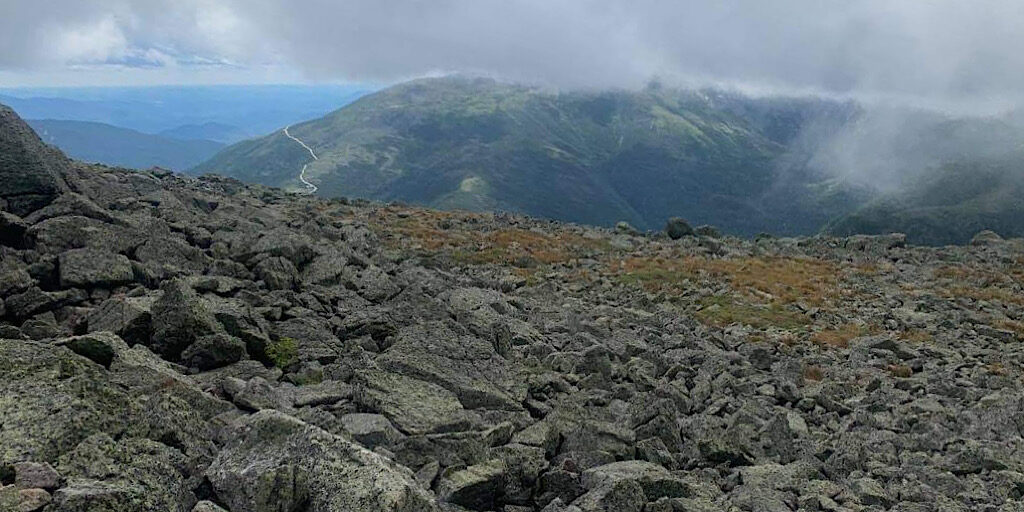 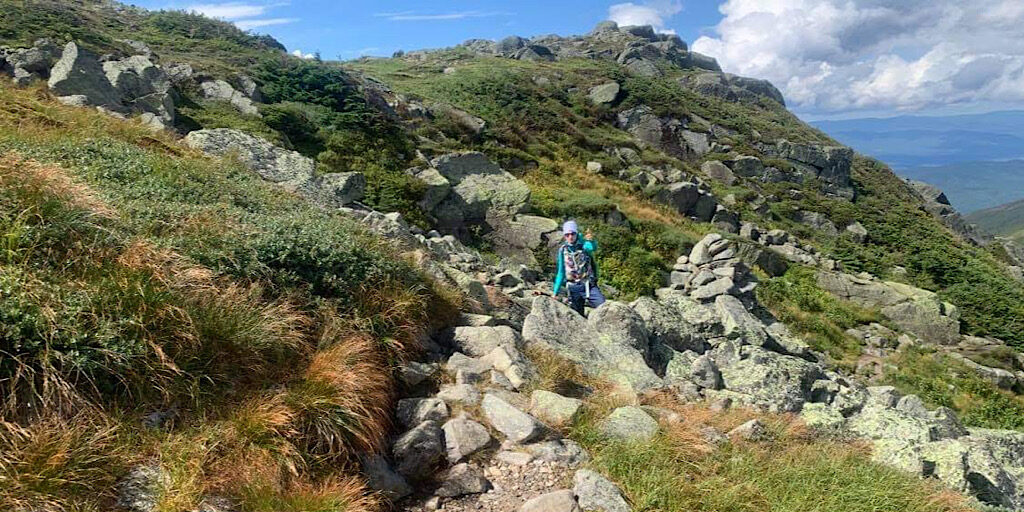 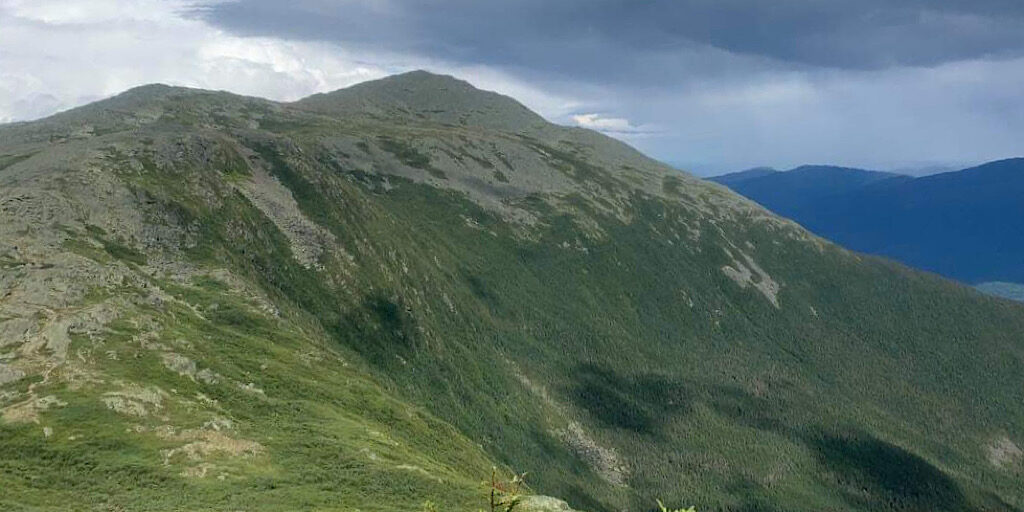 Looking back at Adams. 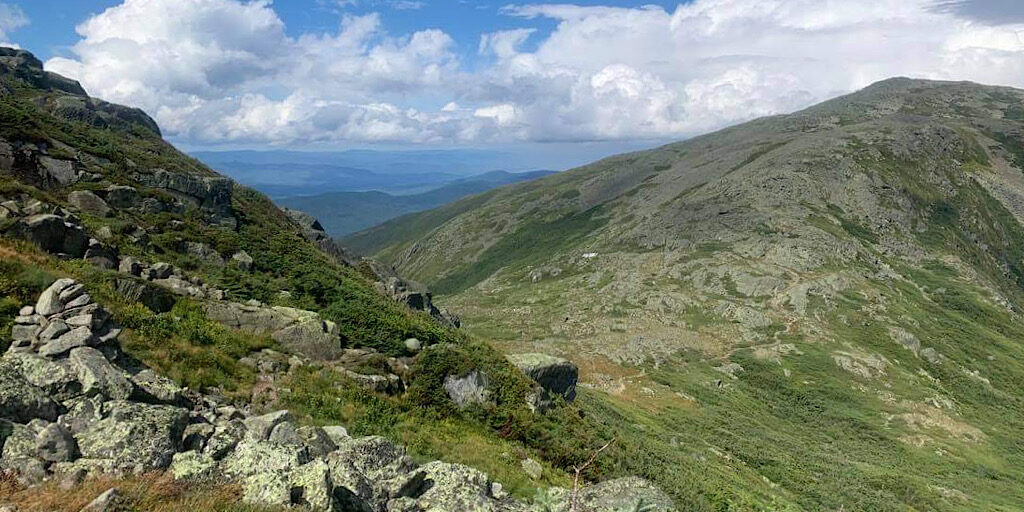 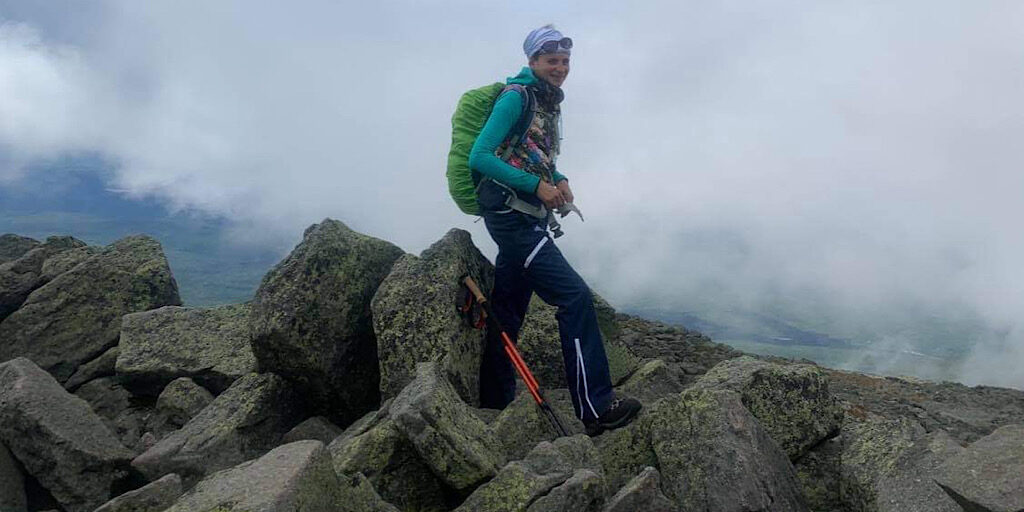 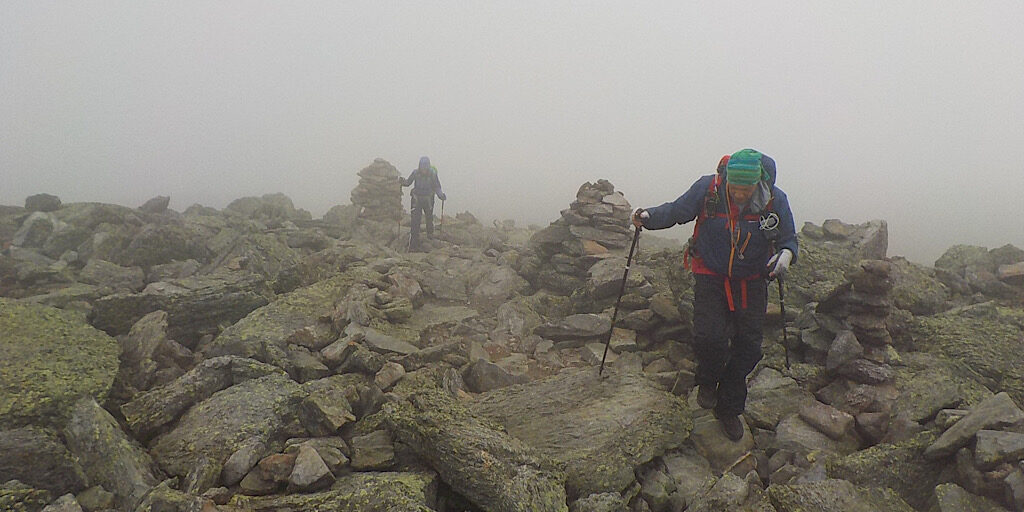 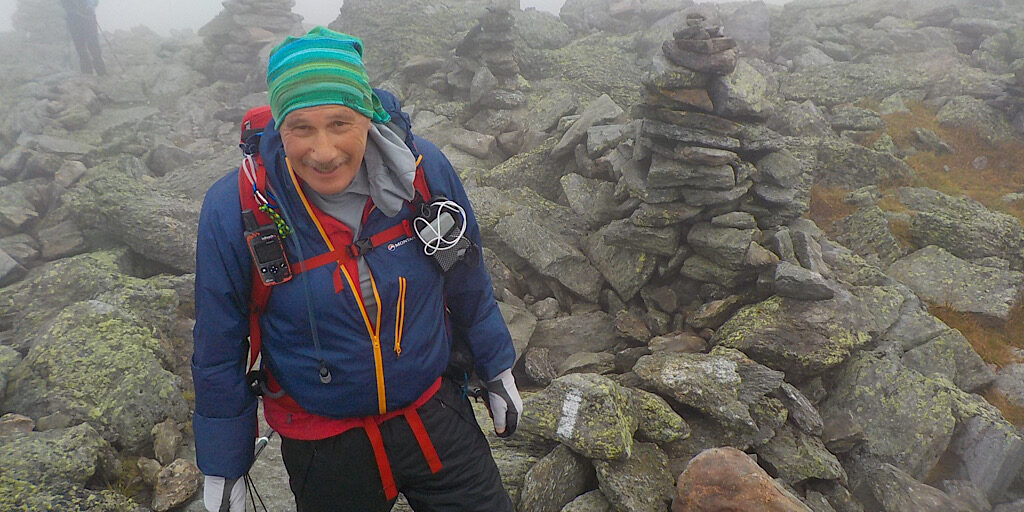 Ken is happy the rain has stopped. It’s quite windy and cold still, however. 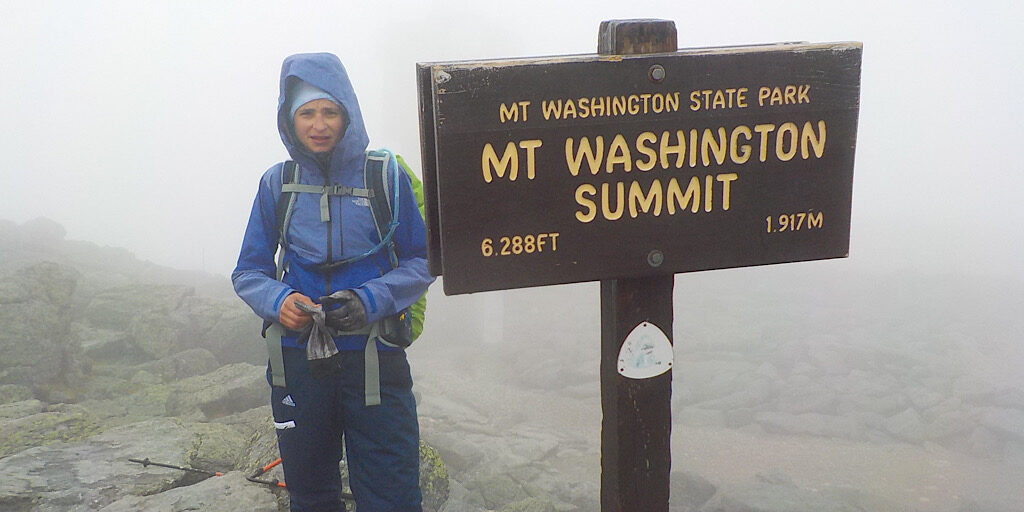 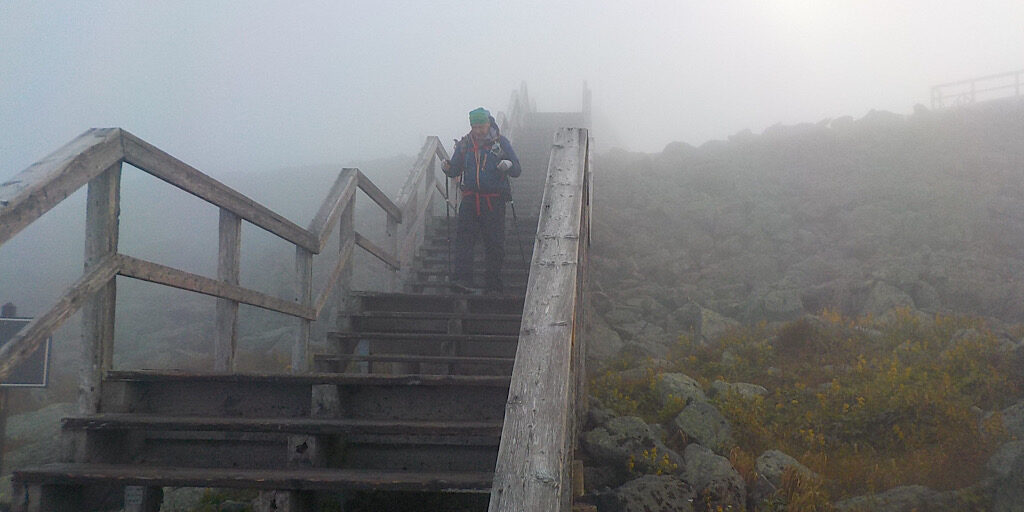 The crew is happy to have a ride down.