We have become known for helping people complete their New England Hundred Highest (NEHH) list along with others, even lending a hand with the 4000-footers in some cases (especially in winter). Our experience, knowledge, and navigational abilities make us a very good friend to have when tackling some of these mountains. On our most recent mission, Redline Guide Ken Hodges took the lead with a many-time returning guest, and together they went up to Baxter State Park — home to Mt Katahdin — deep in heart of Maine to take on Mts Coe, South Brother, North Brother, and Fort for our guest’s 67th birthday. The latter mount is one of those officially trailless peaks required for the list.

In typical fashion the team ascended the steep slabs exposed on the Mt Coe slide, being treated to views already with OJI right behind them. They then made their way along the ridge capturing the flag on both “Brothers.” From there they made their way to Mt Fort on one of the many “herd paths” to claim that peak before returning the way they came back to North Brother but now with black flies in tow. From there they descended from the ridge on another hiking trail forming a popular loop. 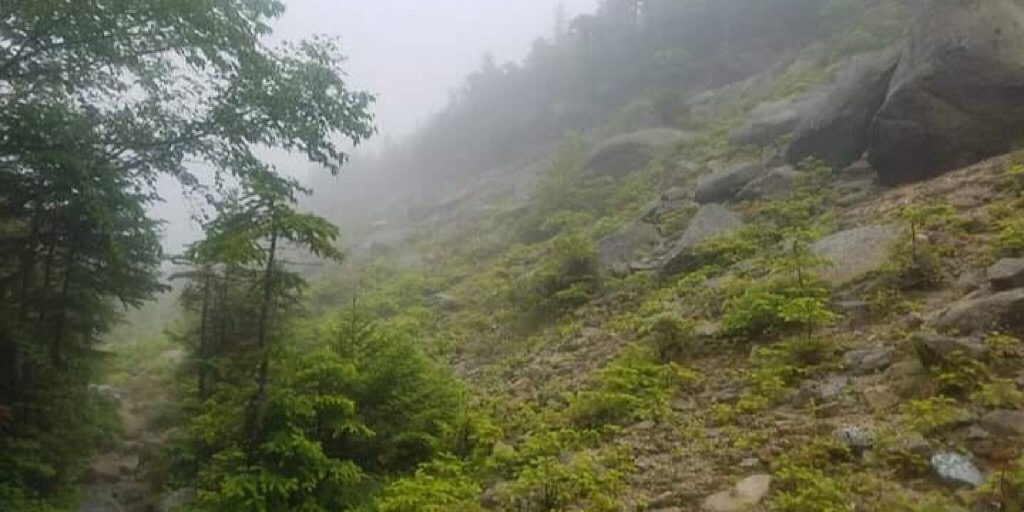 Approaching the Mt Coe slide between Coe and OJI in the fog. 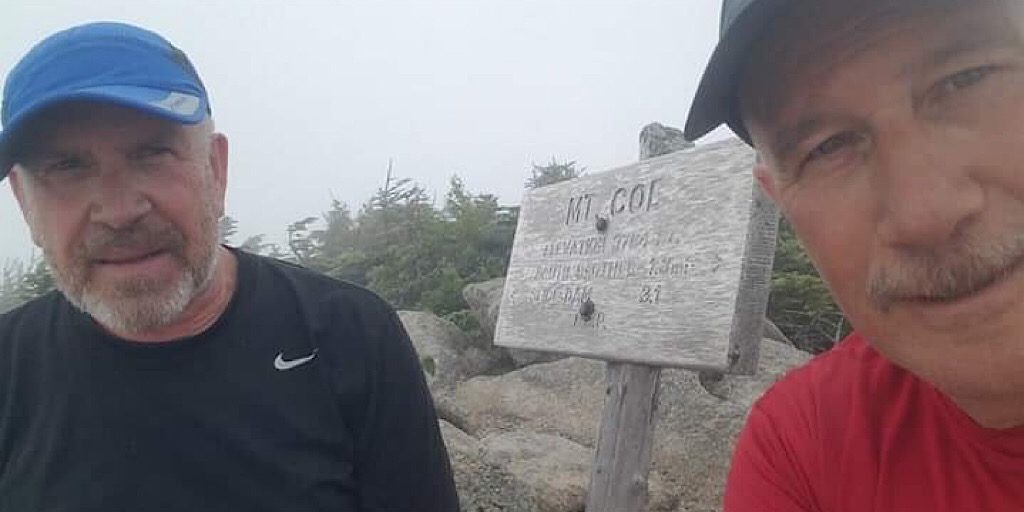 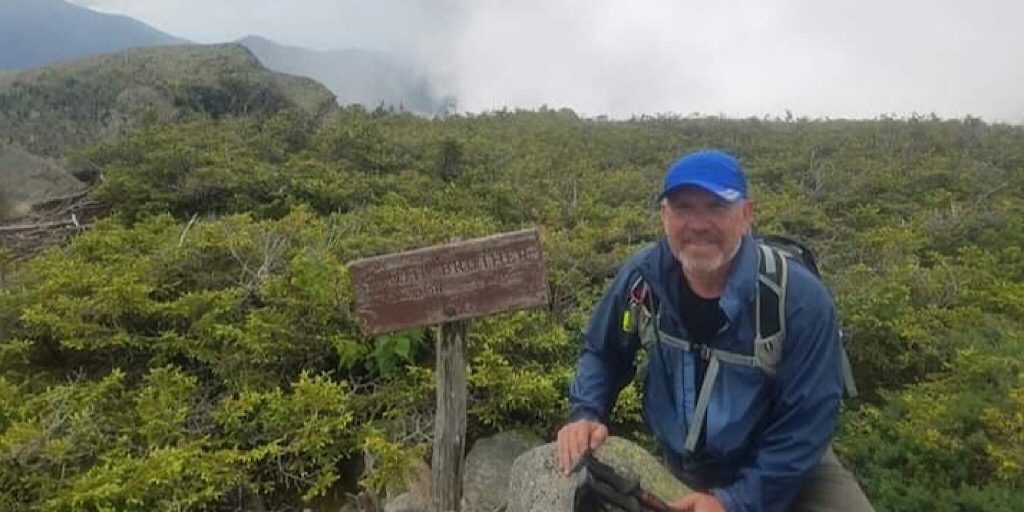 And not before long, South Brother is also done. 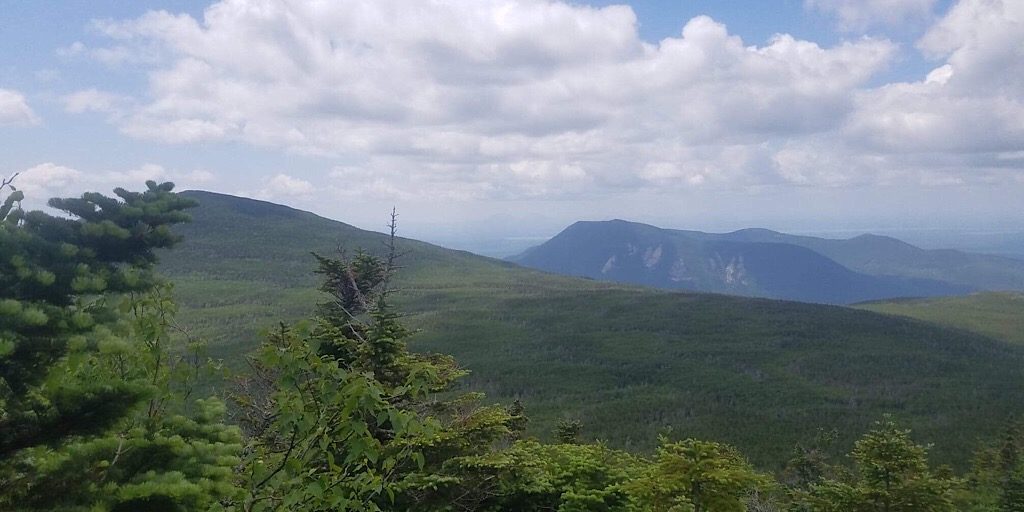 Looking back at OJI and Doubletop. 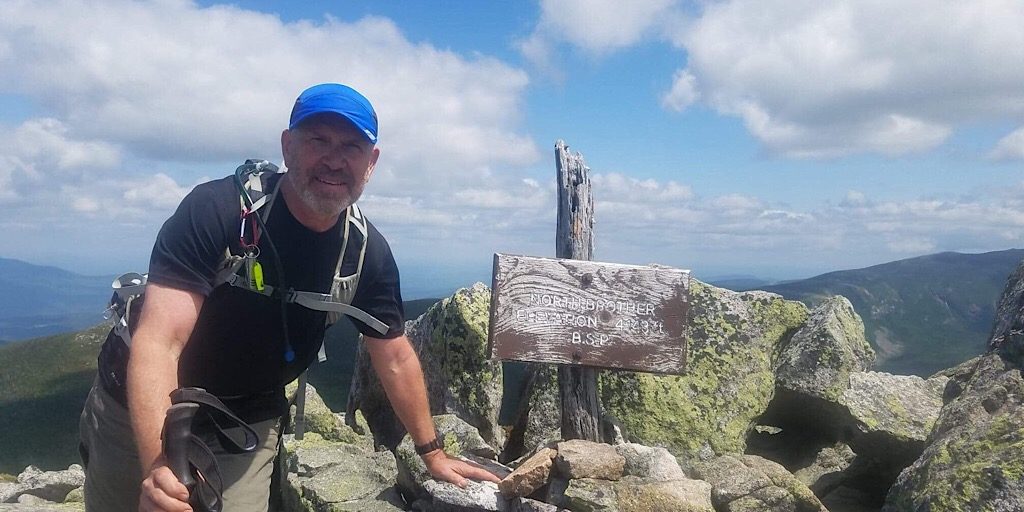 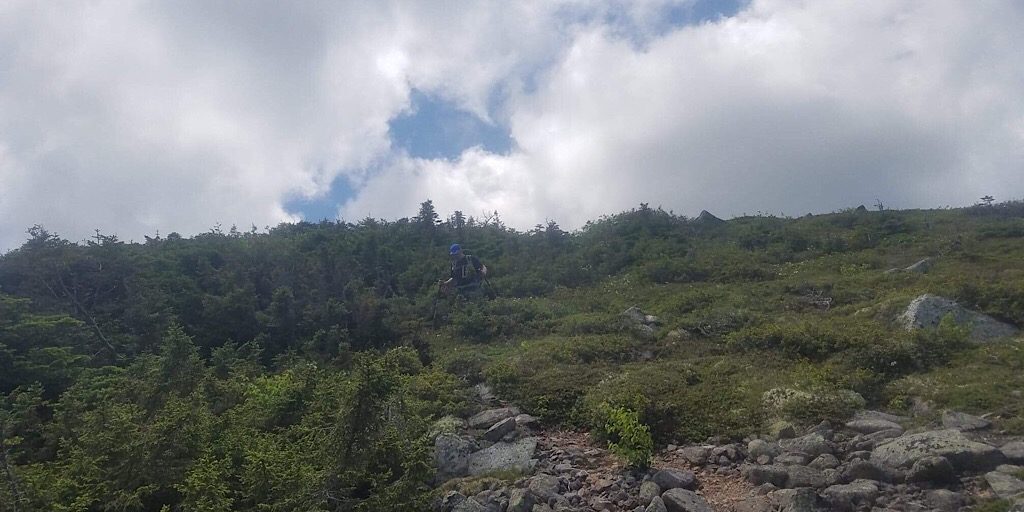 Headed for Fort, dropping into the trees on North Brother. 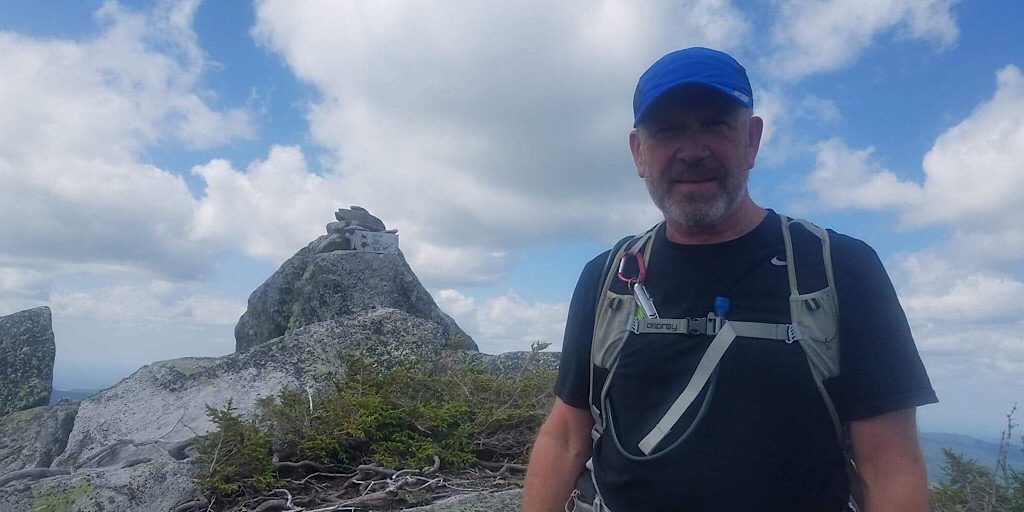 The Fort has been invaded. Congratulations! 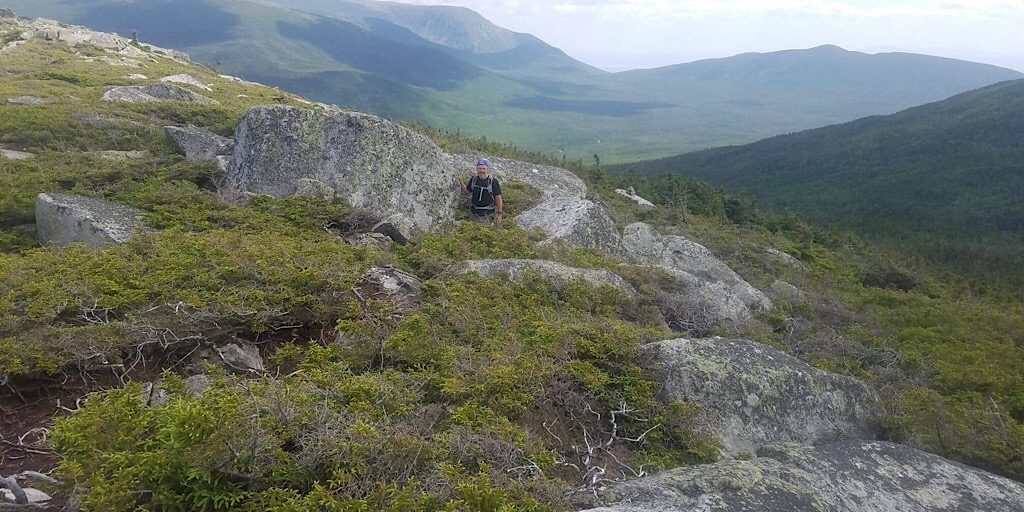 One last photo before dropping into the trees once again to return to North Brother. 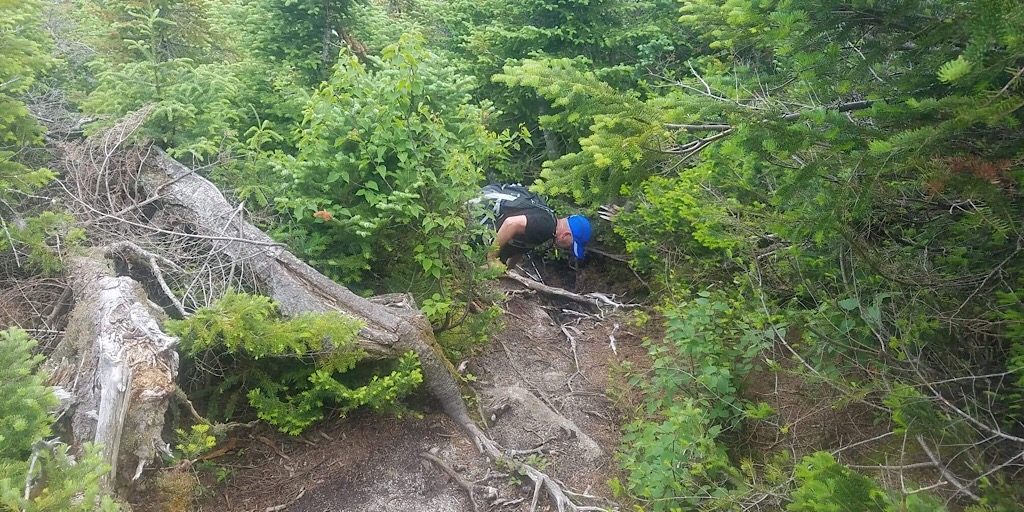 Returning from Fort, finding a way through and up. 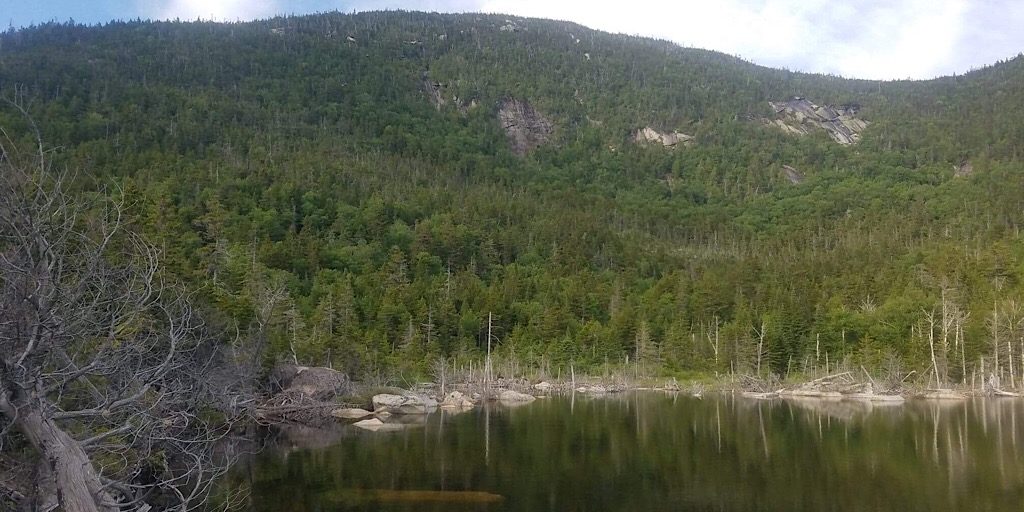 The picturesque Teardrop Pond admired on the return hike.