[…] in which geneticists are experimentally crossing the coniferous Eastern hemlock (Tsuga canadensis) with the deciduous sugar maple (Acer saccharum).

You may have seen signage at certain points of entry while driving, or noted boundary blazes or flagging while hiking in the woods if you like to bushwhack. Perhaps you have even come across warning signs posted along a high electrified fence crowned with razor wire deep in a part of the White Mountain National Forest (WMNF) where no trails run. We have. And if like us, you may have wondered: What are these all about? We sure did. We didn’t know much, ourselves. On the various hiking maps we use all we see is a vague notation and a green-bounded shape claiming some forest where experimentation or research happens. Or less. We were super curious, and remain so. We just had to go check these areas out. We will admit that some we visited are still a mystery to us. The purpose of three of them, however, became apparent as we investigated further. We cannot and will not give specifics as to what research areas we are talking about — the United States Forest Service (USFS), while respecting the free press, would probably frown on us sharing too much information, especially about two of them. Inasmuch, we will herein refer to them simply as Research Areas I through III. We have to warn you, the purposes we discovered run from mild to wild, shown below in said order of bizarreness.

Purpose: Tree husbandry. Specifically the USFS, with the cooperation of the Society for the Protection of New Hampshire Forests (SPNHF), are developing the “Lockmaple” in which geneticists are experimentally crossing the coniferous Eastern hemlock (Tsuga canadensis) with the deciduous sugar maple (Acer saccharum). The purpose of which is to create a tree that is not prone to hemlock woolly adelgid attack and which produces maple sap for syrup production. There is, after all, a serious maple sap shortage in New Hampshire. As is well known, much of our maple syrup is imported from China and other foreign sources, i.e., Vermont. Canada is likewise experiencing shortages. This science may be the very science that saves us all! 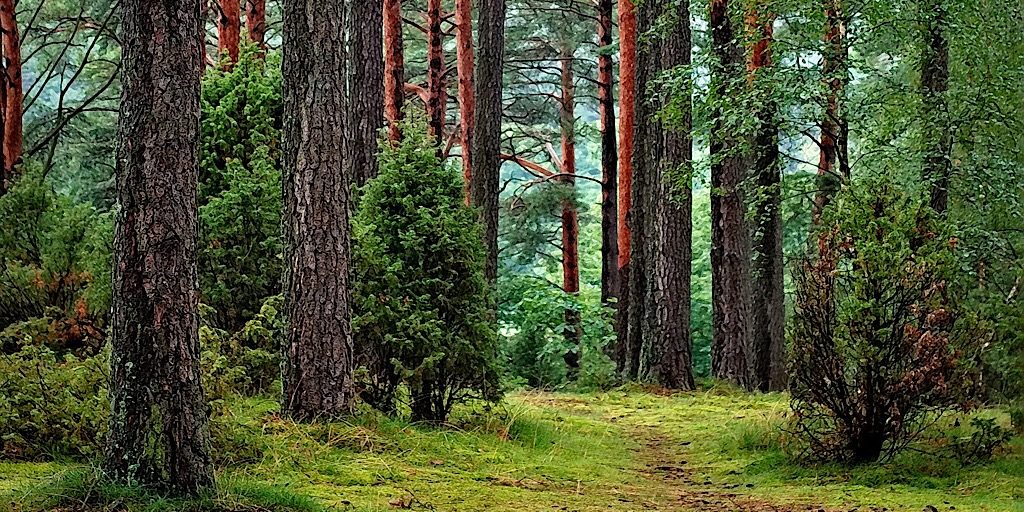 Unnatural selection at its finest.

Purpose: Marijuana cultivation. Some will no doubt be appalled on many levels by this revelation, but those who understand the connection of politics to big business in America will not be too terribly surprised. We stumbled onto this very much in the way the tourists found the pot fields in the film The Beach, though we were never shot at. Upon investigating we found out the USFS has leased [redacted] acres of non-wilderness land to the RJ Reynolds Tobacco Company solely for the production of several subalpine Cannabis strains. In anticipation of the Federal government’s removal of marijuana from the Schedule 1 list of drugs — slated for April 20, 2019 — and the subsequent national legalization, a lot of acreage is needed for cultivation. The Feds are also eyeballing other National Parks and Forests. Remain vigilant. 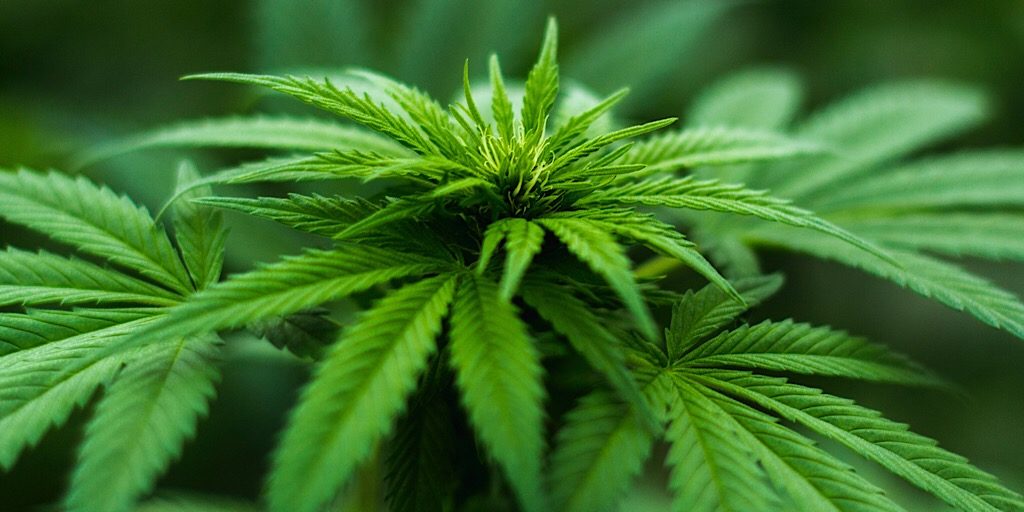 This is one plant. There were thousands of them.

Purpose: Alien crash site. This is the wildest of our discoveries. This “research area” is a tiny, well hidden compound bounded by tall electrified fencing topped with razor wire, complete with warning signs! We thought it was electrified, anyway. As it turned out, though, the power was off because of a big blowdown that smashed a section of fencing. We used it to enter the site. Once inside we got to poke around. We’d love to tell you about finding little gray-skinned creatures with big, almond-shaped eyes and flying saucers but the reality was a lot less interesting. We did find some large, mostly leaf-covered and immovable debris that looked like twisted metal. Nothing special. We did note some glyphs printed on a hatch we found — which is why we’re certain it’s the real deal — but the hatch was locked. We need to go back this summer to find a way inside. 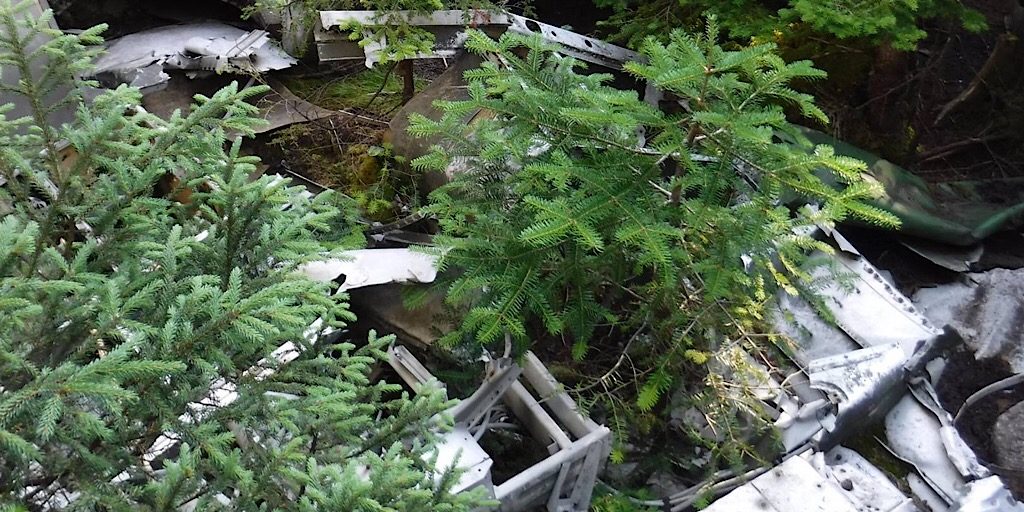 This metal was lighter than aluminum. The hatch photo didn’t turn out very good but here’s some debris.

As we wrote, the purpose of all of the areas was not clear. If we even found them all, which is unlikely since some simply aren’t marked. We do plan to revisit some of the ones we couldn’t figure out in different seasons thinking there may be seasonally-present clues. We also plan to broaden our search as this is wicked interesting to us. And as we wrote, the hatch noted above is intriguing and we hope to go back and try to find a way inside. Assuming, that is, the electric fence remains breached by that big fallen Lockmaple. Subscribe to our blog or follow us to stay abreast of these activities. We will post more as we know more.