We write these blog posts for the benefit of anyone interested, sure, but it’s mostly for our guests — and of which some parts will only have meaning to them. We think of them as keepsakes for what are hopefully terrific times. Though in this case, maybe we should write terrifying times. Maybe a little bit of both sums it up best for this tour. This tour, for a returning guest, might be classed as a terrific time with a sprinkling of terrifying moments. Which seems natural considering that the trail involved, the Mt Tripyramid Trail appears twice on the Terrifying 25 list.

The objective for this hike led by Redline Guide Ken Hodges was to conquer two of New Hampshire’s 4000-footers. Namely North and Middle Tripyramid at 4180- and 4140-feet, respectively. And to do this via the adove-mentioned trail. Doing so would allow our team to first climb up the so-called North Slide section of the trail, then later coming off of the non-qualifying South Tripyramid, tackle the so-called South Slide on their descent.

As it turned out, both slides were easier than expected thanks to the deep base of snow — at least four feet. Instead of crampons they actually wore mountaineering snowshoes keeping them well away from the slick wet or icy slab that makes the North Slide such a challenge during other times of the year. What follows are a few photos of the day. 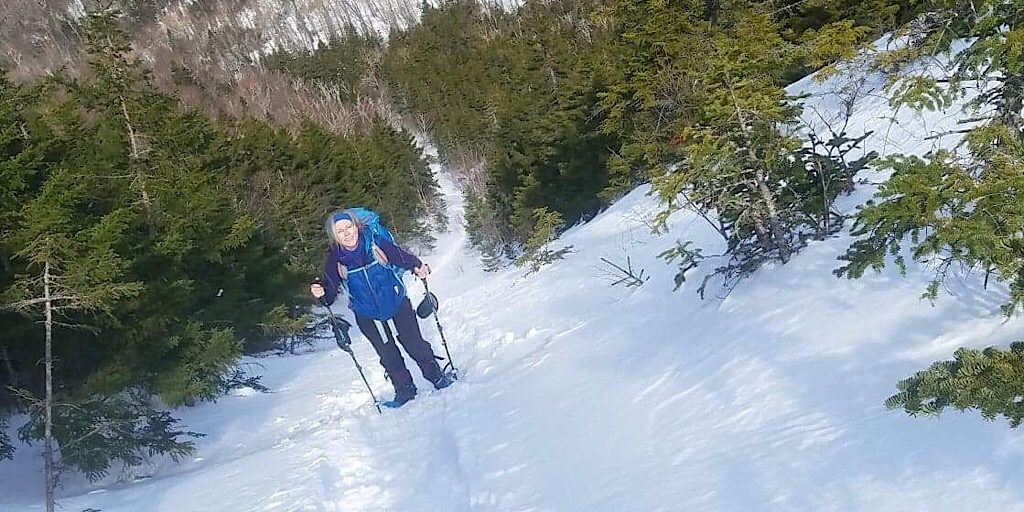 Ascending the North Slide… in snowshoes! 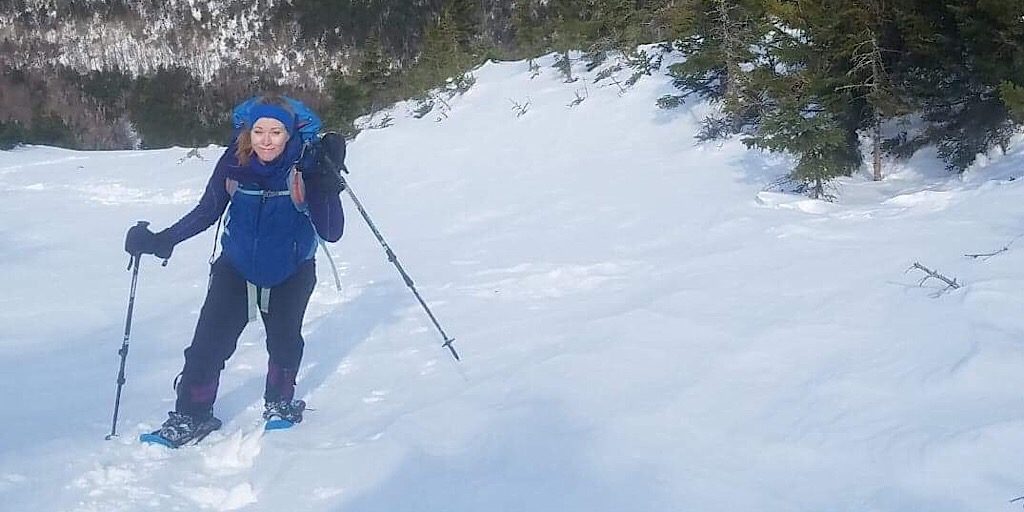 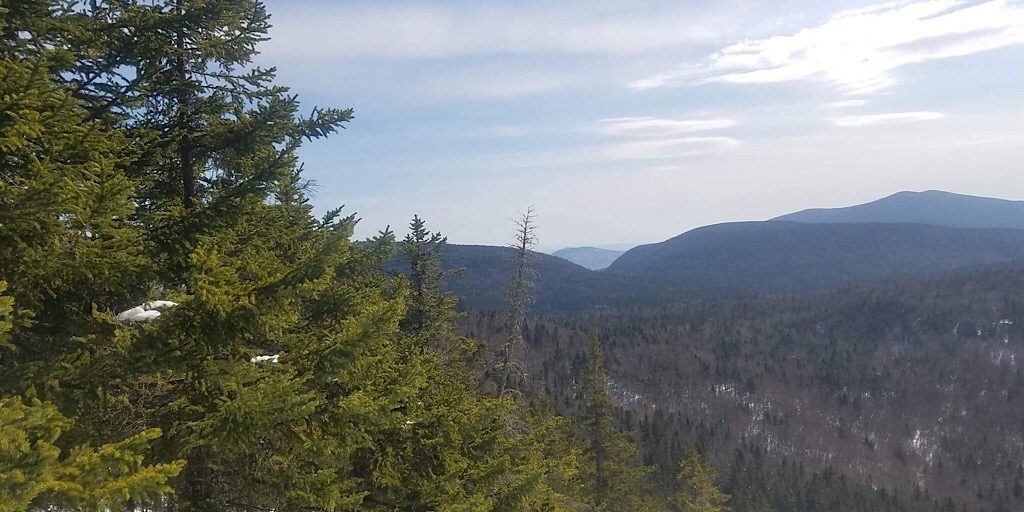 View from the north peak.

The view from the middle mountain. 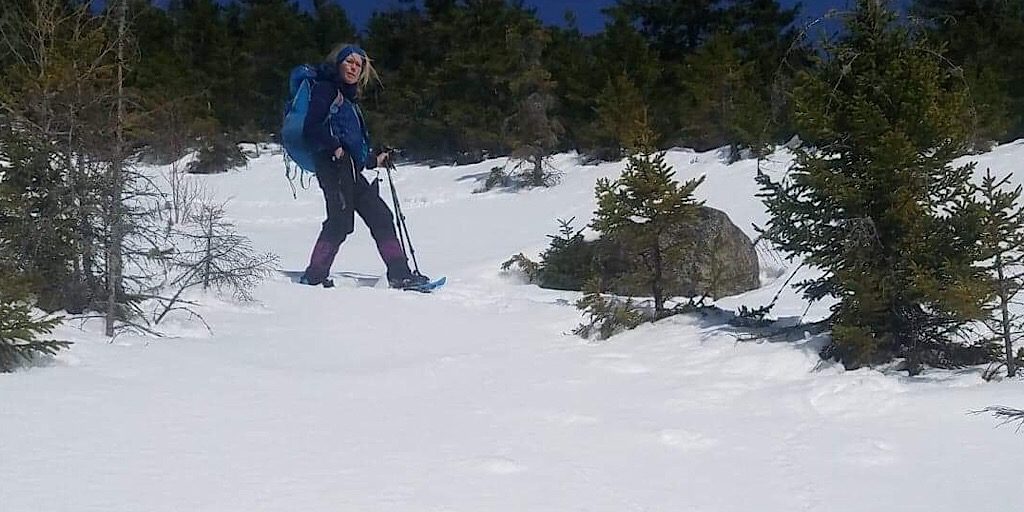 Coming down the South Slide.