When beginning a day where we teach Winter and Mountaineering Skills, we tell our students that “real or imagined, we’re planning and preparing to ascend Mt Washington via the Lion Head Trail’s ‘Winter Route’ the very next day” explaining this is the premise of the course and we will in the process prepare them for that very task. Everything learned, of course, is useful on any mountain, however, but it gives our class the wireframe of having a real goal or objective.

That was the case this past weekend, day one the training, and then the trek the following day, and very much a real thing for our single guest (though not “single” — we married her). And what a stellar climb it would be. Our guest enjoyed herself, summited Mt Washington amid some challenging conditions what with the bulletproof ice on the mountain making long sliding falls possible (see footnote). The needed training was led by Redline Guide and owner Mike Cherim with Redline Guide Ty Dalton shadowing the course. The climb the next day was led by Redline Guide Ryan Mcguire. 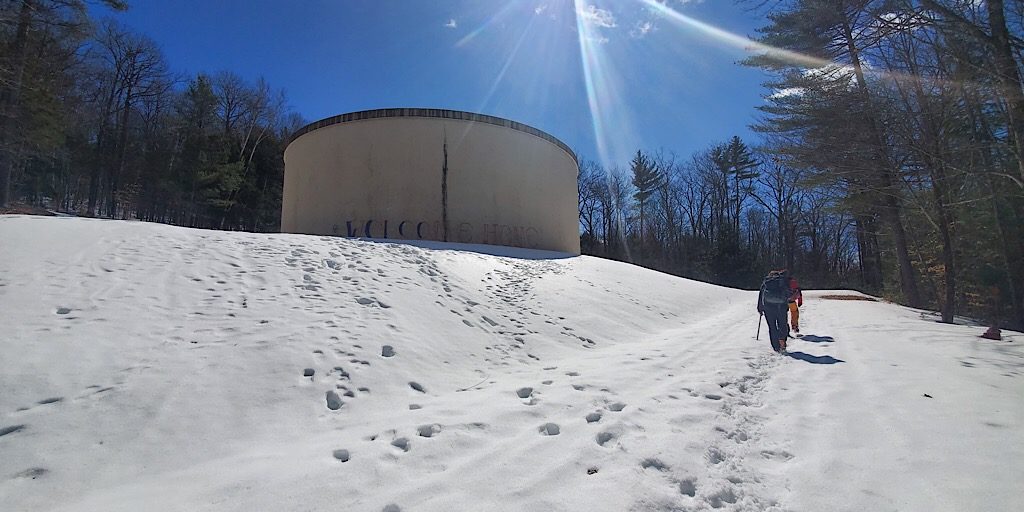 Trying out a spot Ken worked at the other day. Not bad. 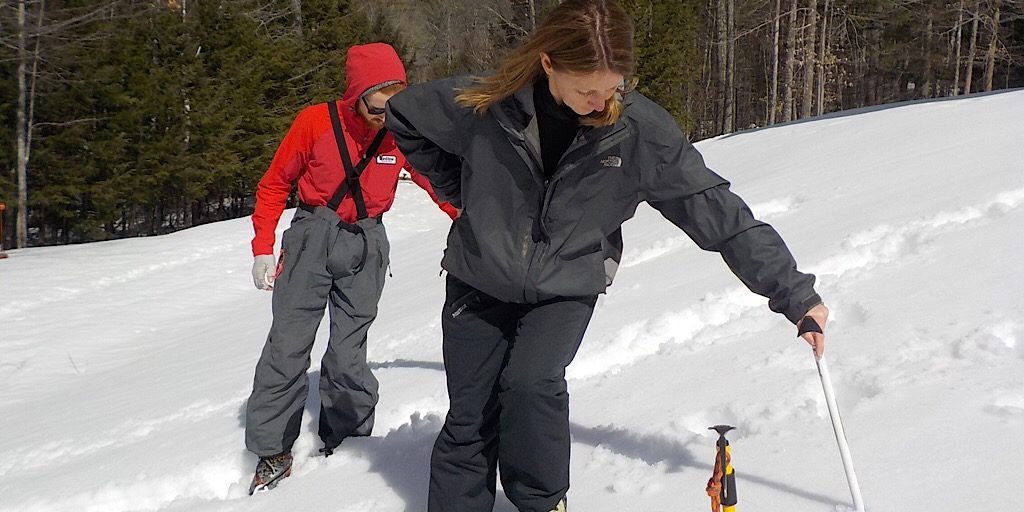 The soft snow made some of the crampon work more difficult. Ty shown in this photo with our guest. 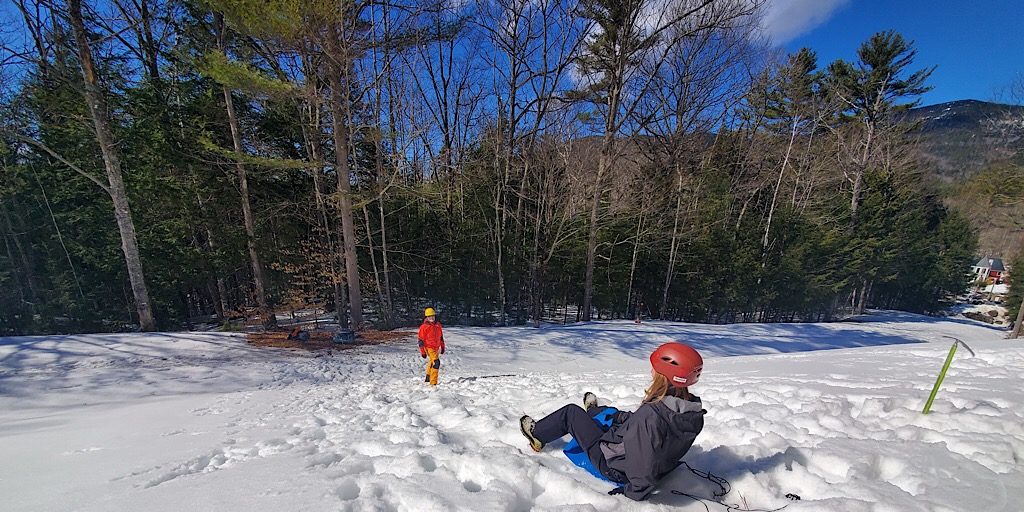 Again the soft snow created challenges, but the self arrest training did work. 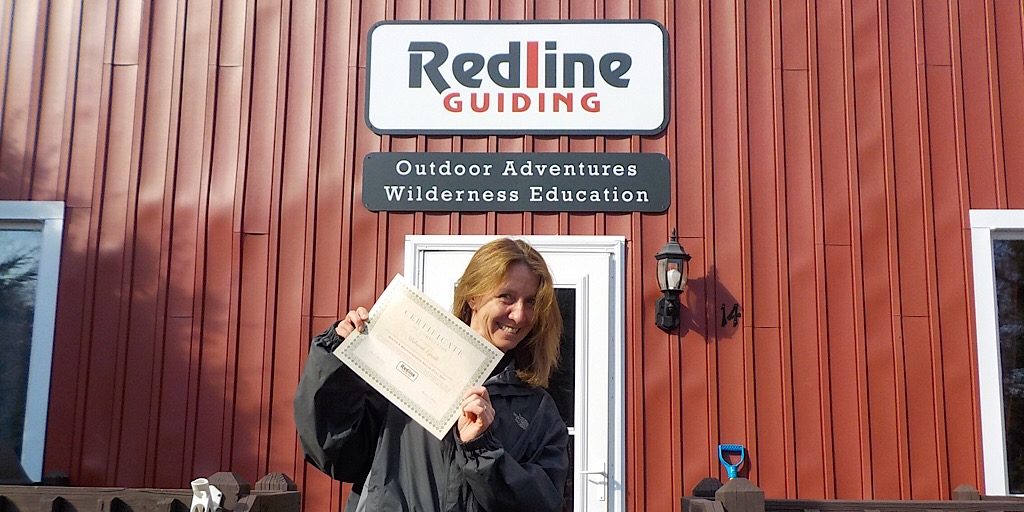 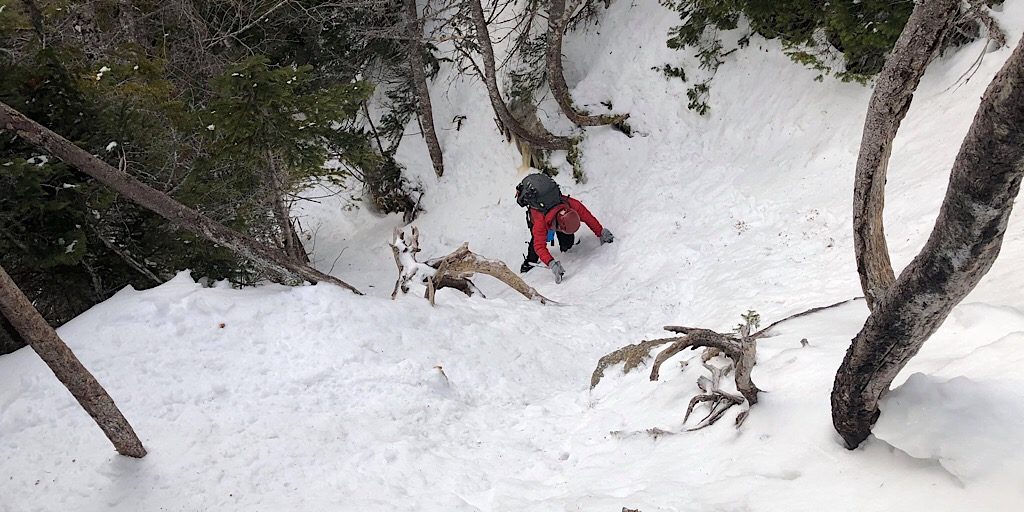 Day two, now on the mountain taking on the steeps. 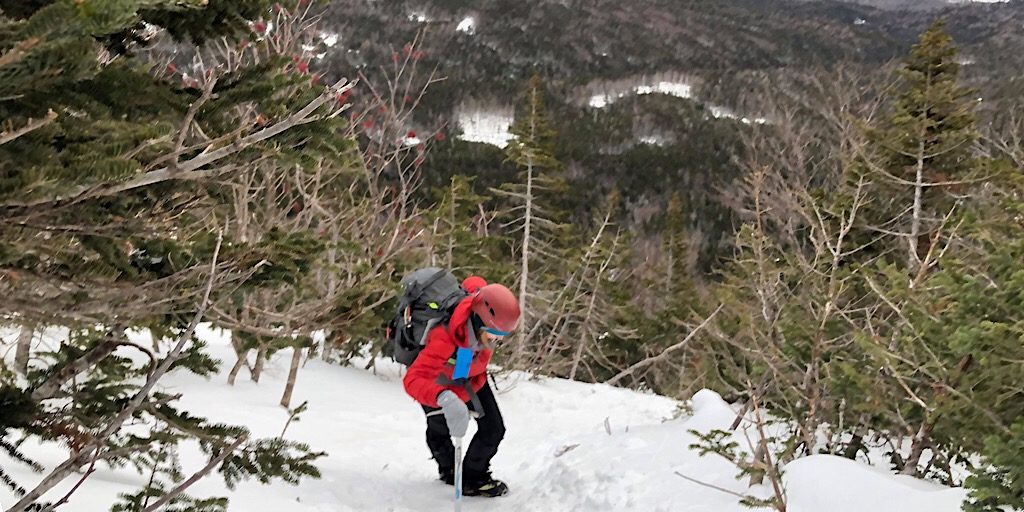 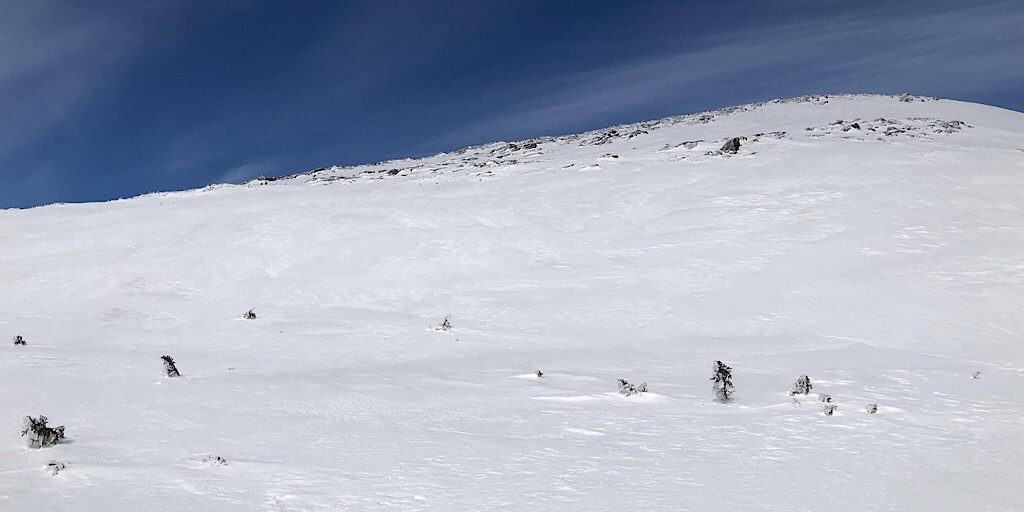 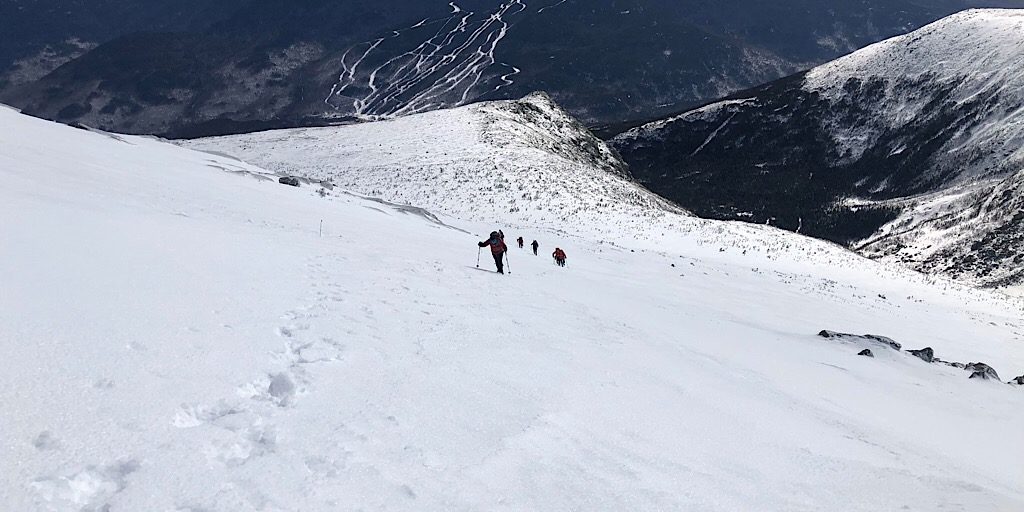 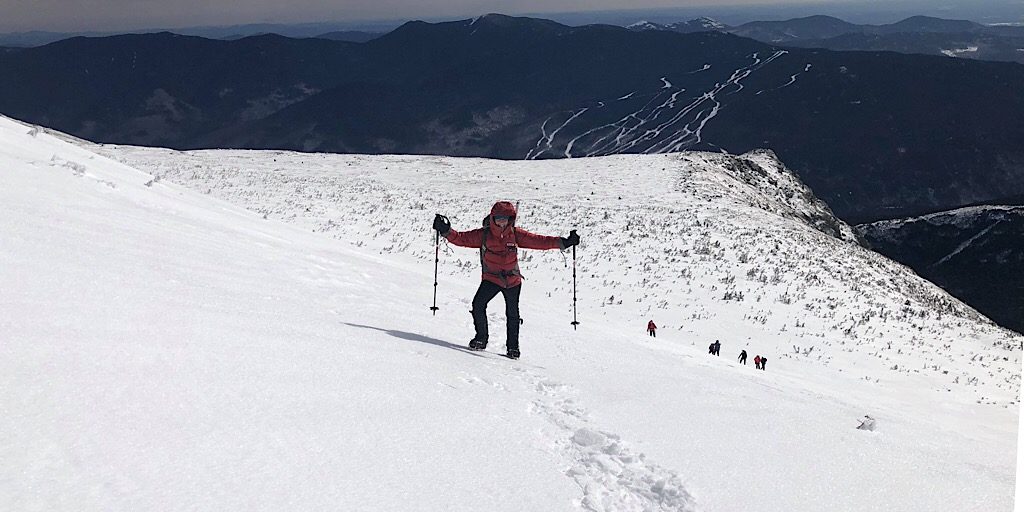 Getting there. Heck yes! 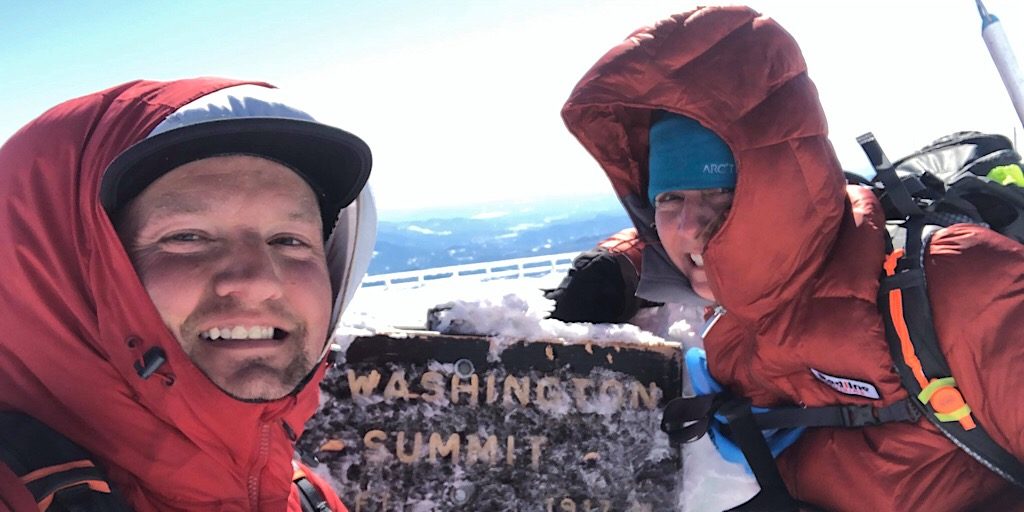 The team makes it! Nice! 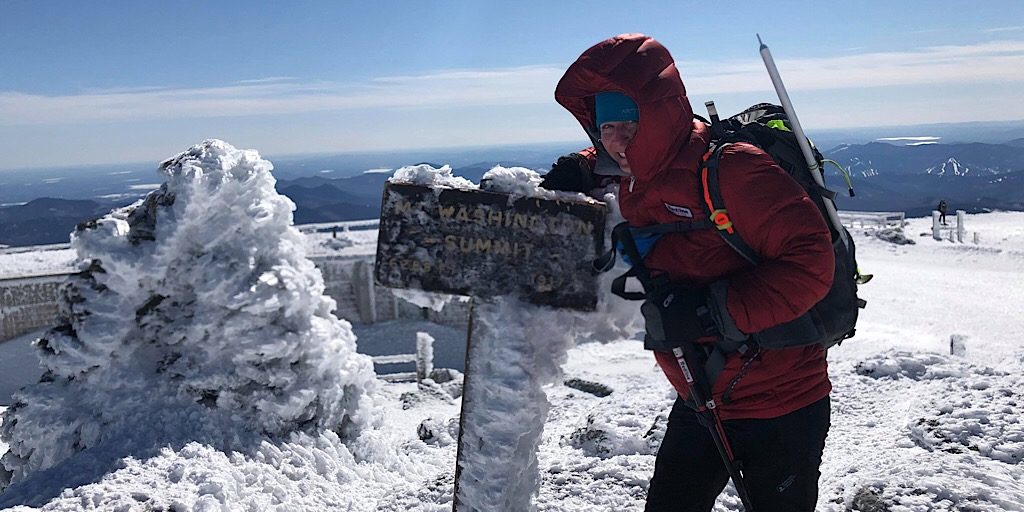 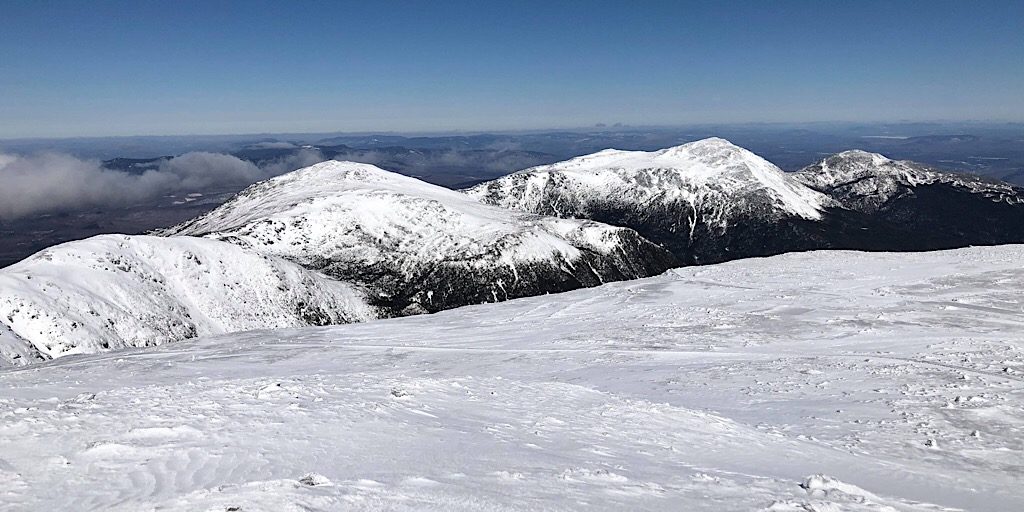 Scoping out the northern Presidentials. Wow! 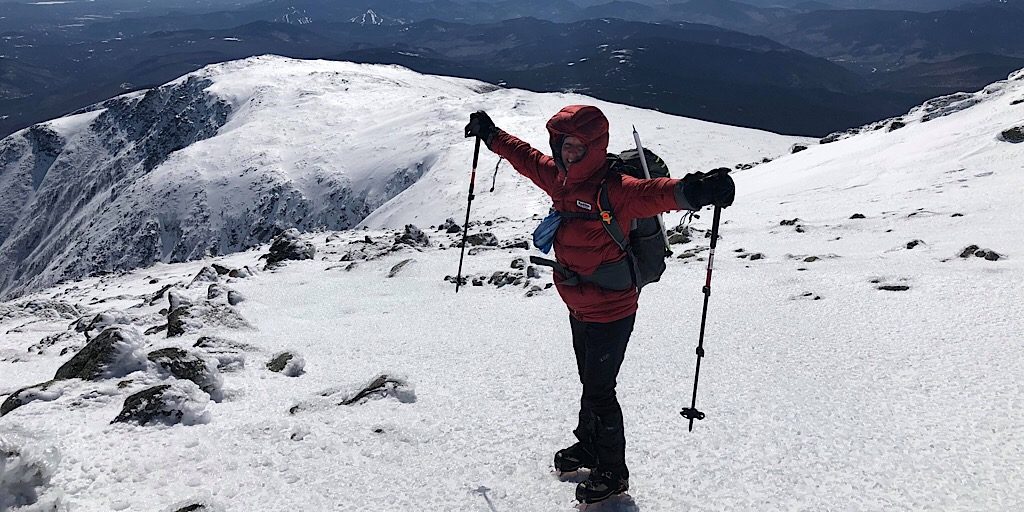 Wow, great job one and all. Thanks for choosing Redline Guiding… again!

Footnote: Long Sliding Falls
Long sliding falls were possible. Someone could conceivably slide into Tuckerman Ravine from the southeastern snow fields, probably dying in the process unless fortunate enough to miraculously come to a stop on the way down. Conditions were so hard that arresting a fall with an ice axe would have be nearly impossible meaning that careful footwork was critical — the summit cone a no-fall zone. And two people did in fact fall on the mountain that day, and Redline Guide Ryan Mcguire heard one of them scream, saw what was going on, then went to their aid. Fortunately the two did actually stop, one on a rock with her backpack saving her, the other in some vegetation. Both were fortunately unhurt so after Ryan’s initial assessment they jointly determined they could hike down on their own. One lost her ice axe, but Ryan unselfishly helped them down the Lion Head steeps. Kudos to Ryan for helping out!