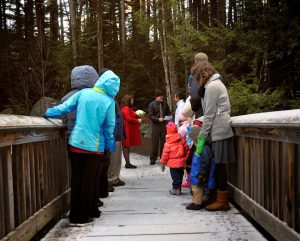 The Altar – photo used with permission.

On December 3rd we had the pleasure to officiate another wedding. Present were Mike, Barb, and Alvaro. We were also hired to record the event with still photos for the happy couple. We always ask if we can use photos in social media and this couple prefer to remain very private allowing only restricted use — though we did get some lovely portraits of the couple and their closest friends.

The couple planned on going to a courthouse, but then realized they could do this wedding with us for similar cost, in a much nicer setting. Jeff reached out. Initially we were going to do this atop Cathedral Ledge but the road closed a week or so earlier. We changed our plans: start a little later and do this at Rocky Gorge on the Kancamaugus Highway. Easy access was key.

We arrived at around 6:45. The temps were cool, but not numbing. We all walked over to the bridge crossing the gorge, thinking that would be a nice altar. The couple’s friends lined up along either side, fresh snow in the middle, Mike and the couple at the end. Around us the day awakened, the sun began the brighten the sky. We’d love to say the birds tweeted the morning but it’s December! The sound of the river did create a lovely curtain of sound around us.

After the vows were taken, the rings exchanged, and the kiss, we made our way slowly to Falls Pond behind Rocky Gorge for more photos including some group shots. After that we headed back to the lot for a toast of mimosas before traveling back to North Conway gratefully accepting an invitation to join the group for breakfast.

Alvaro and Mike were headed to Search and Rescue training after this even so we didn’t linger too long. Over all it seems every one had a lovely time. Here are some photos we can show. Enjoy. 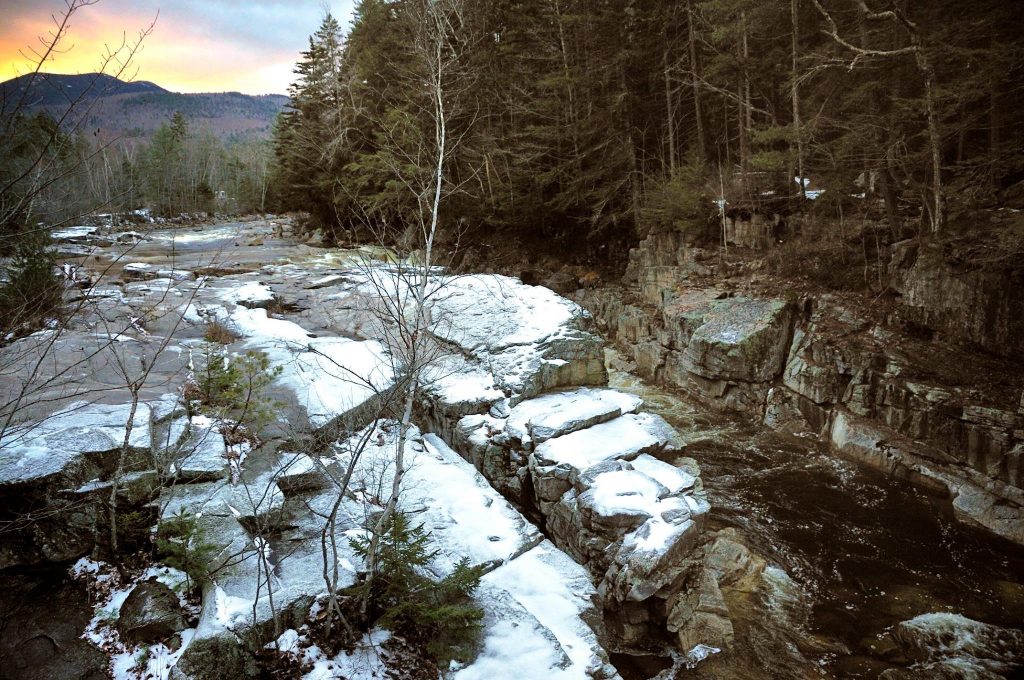 Rocky Gorge on the Swift River. Photo by Alvaro. 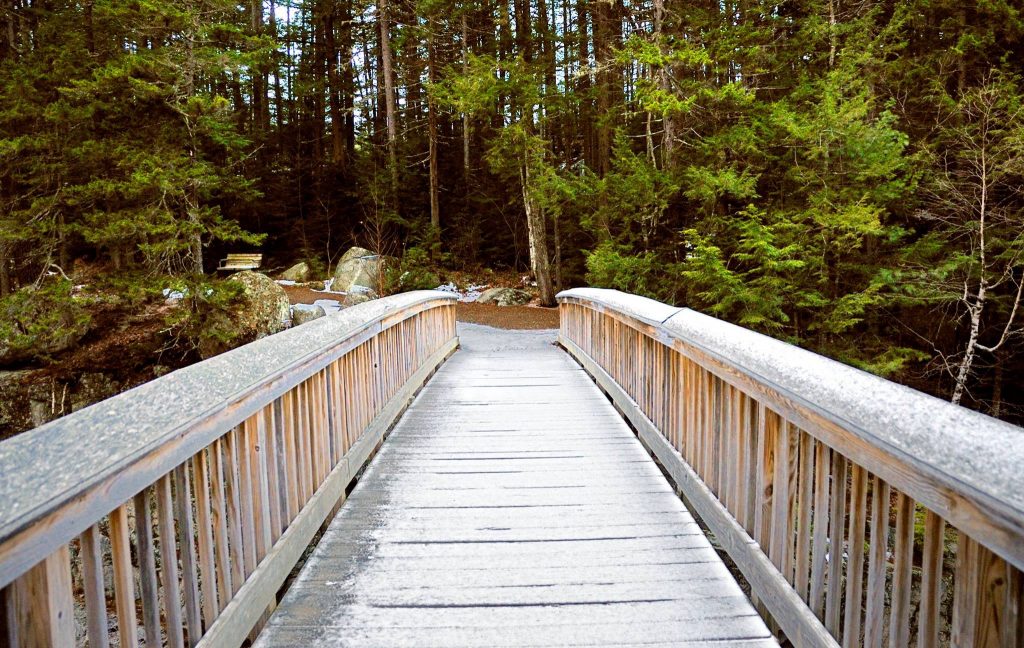 The Altar. Photo by Alvaro. 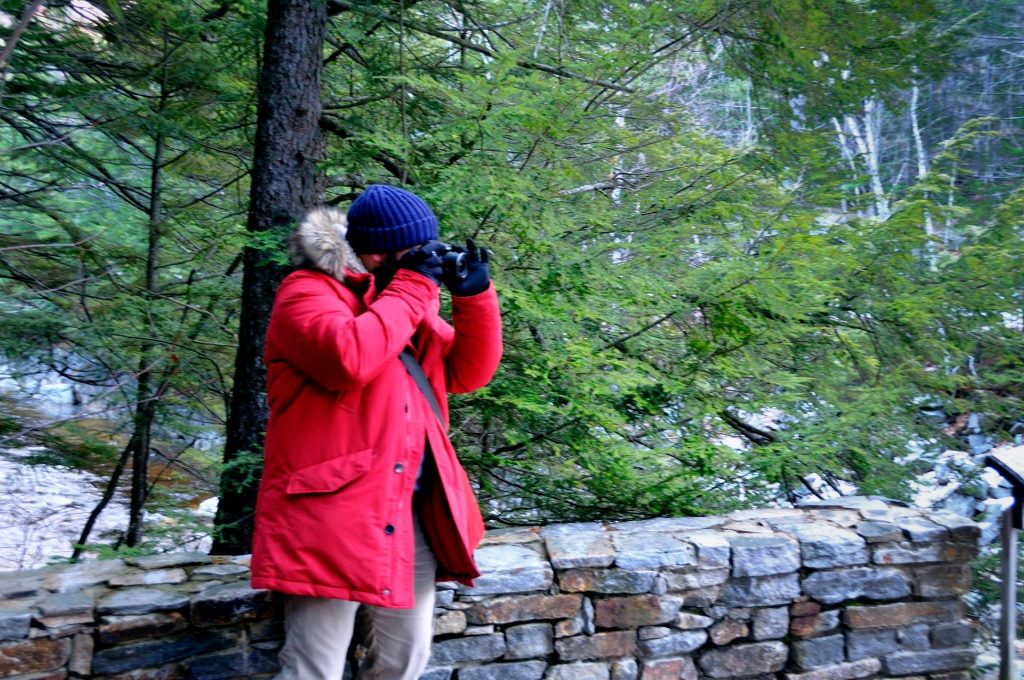 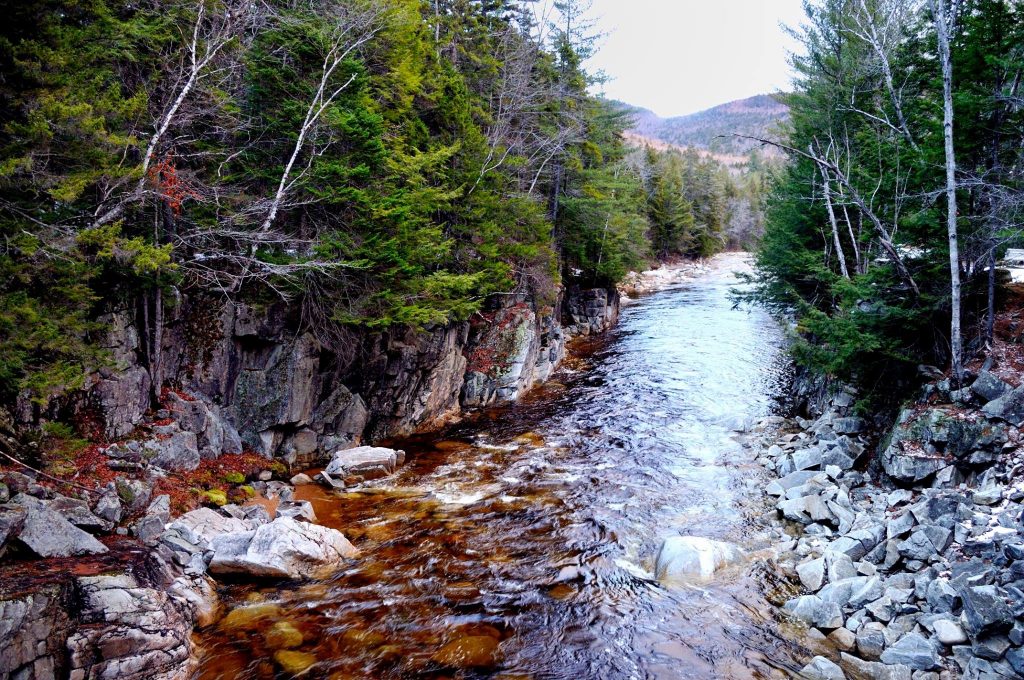 The Swift River at Rocky Gorge. Photo by Mike. 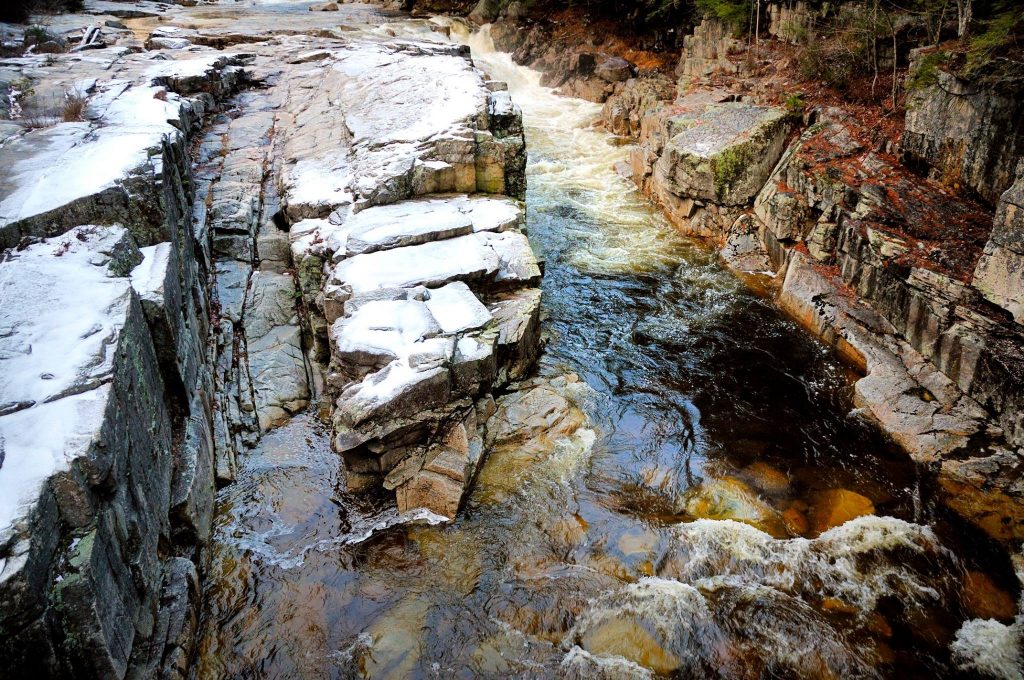 The Rocky Gorge. Photo by Mike. 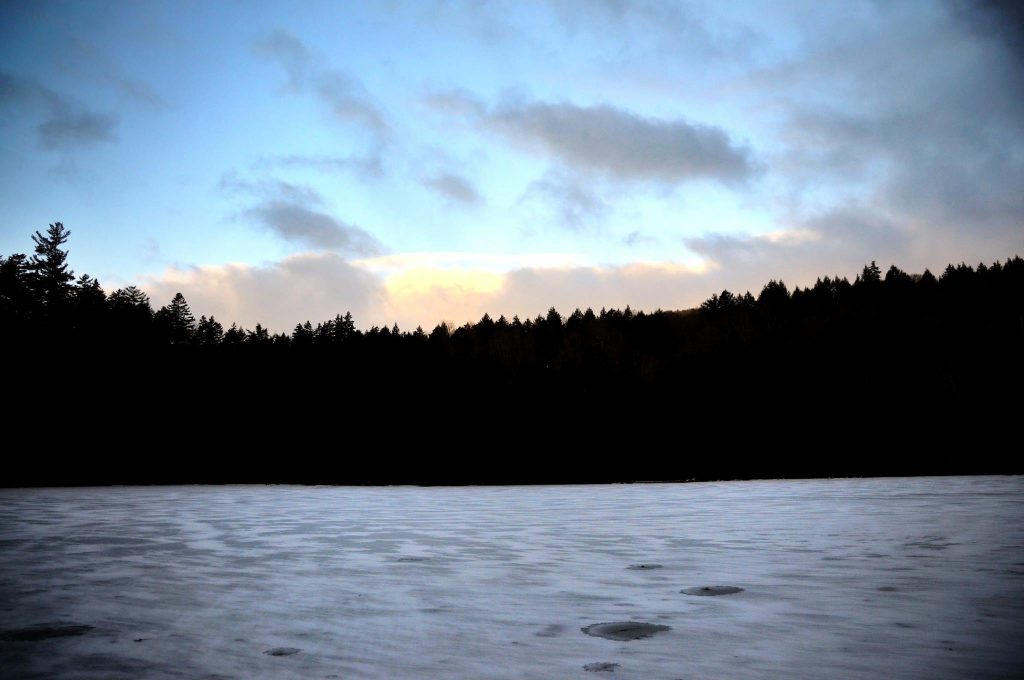 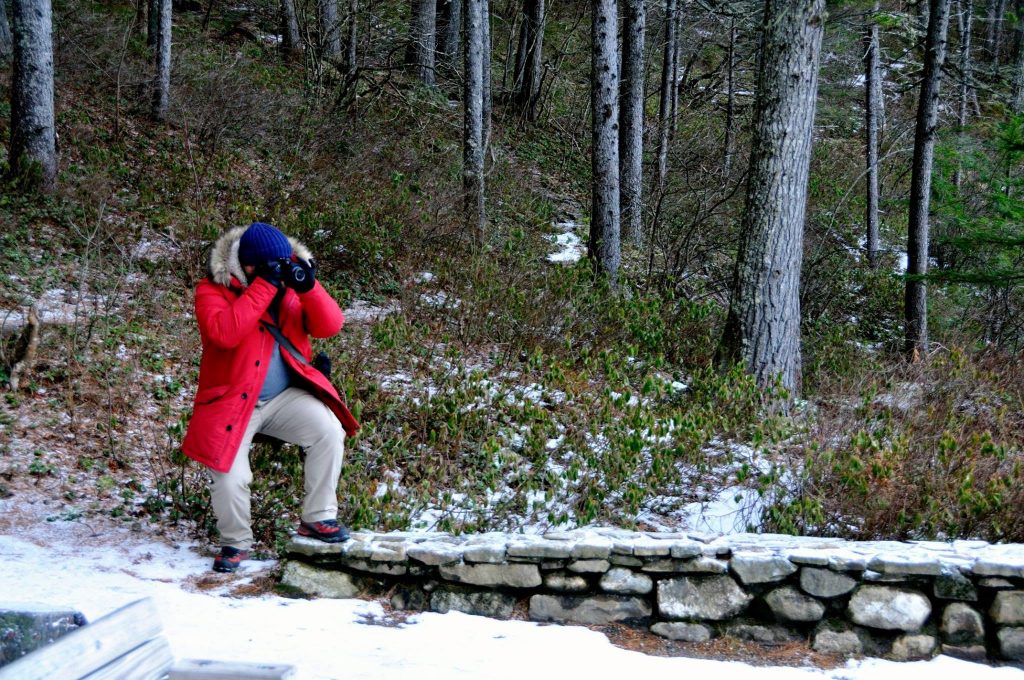