We were introduced by Redline Guide Nico Dubois to a father and son looking to salvage their foiled plans of having an Outward Bound-esque experience. He wanted to help them and suggested they reach out to us right away to see if we could schedule the trip for them. Nico’s plan was design the program for them — and to make it something we can offer in the future — and lead them on it as much as his schedule would allow. As that turned out, the first five-day, four-night segment, “the warm up,” if you will, would be led by Redline Guide Ryan Mcguire. Ryan decided on a northern Pemigewasset rim hike from Station House Road in Hart’s Location off of 302 to the Mt Garfield trailhead.

Day one involved getting everything ready and getting their hike on. Ryan purposely took them to Ethan Pond. It has a shelter and the next day they knew would likely be spent in camp, so the team could move from tent to shelter to get out of the pouring rain — though Ryan remained in his tent. Thanks to this coveted wooden structure on location, it made the experience a lot more bearable. And, as forecast, day two was indeed spent in camp at Ethan Pond, waiting out the day. The team napped, played cards, learned how to tie some knots, discussed LNT, etc.

But this “zero day” meant, of course, that there would have to be a some make-up on day three. And they did. The team pushed hard making it all the way to the Mt Guyot tentsite and its coveted shelter. They stopped at the base of Whitewall slide because Zealand Notch is incredible, but they didn’t linger too long. Ryan want to keep the team on point. The next stop was Zealand Falls and then of course Zeacliff (site of our recent pack recovery). They went on to bag Zealand, as well — one of three 4000-footers they will get in this segment — since it’s right there, but again, they had miles to cover.

The following day, after the team stayed in the shelter which afforded them a chance to further dry their belongings, they backtracked on Bondcliff Trail, renewed, getting back on Twinway Trail heading toward the gorgeous South Twin mountain. From there, as many hikers know, the team had to drop something like 1200-feet in less than a mile. Many dread this section. We get it. It is indeed more fun to descend in winter in deep snow — but that’s a story for another day. Upon reaching the Galehead hut the team bagged that peak, but then continued on toward Garfield Shelter for night covering some of the gnarliest trails on their journey so far. The team then made their exit the following day.

Ryan supplied these photos of this segment and has handed the baton over to Nico. Stay tuned as we will surely be covering the remainder of this exciting in-progress journey. When all is said and done, we’re sure the duo will gain tremendously from all this. 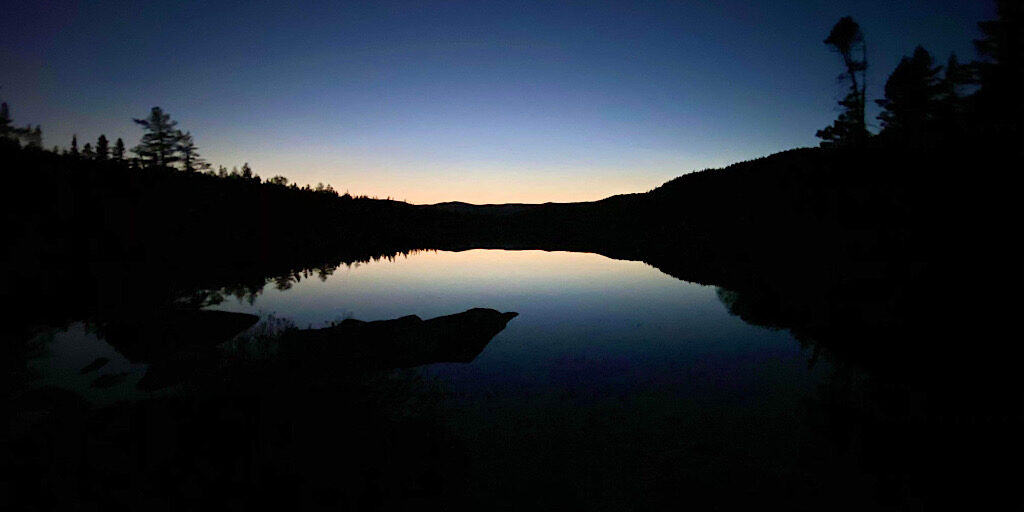 The end of day one spent at the lovely Ethan Pond. 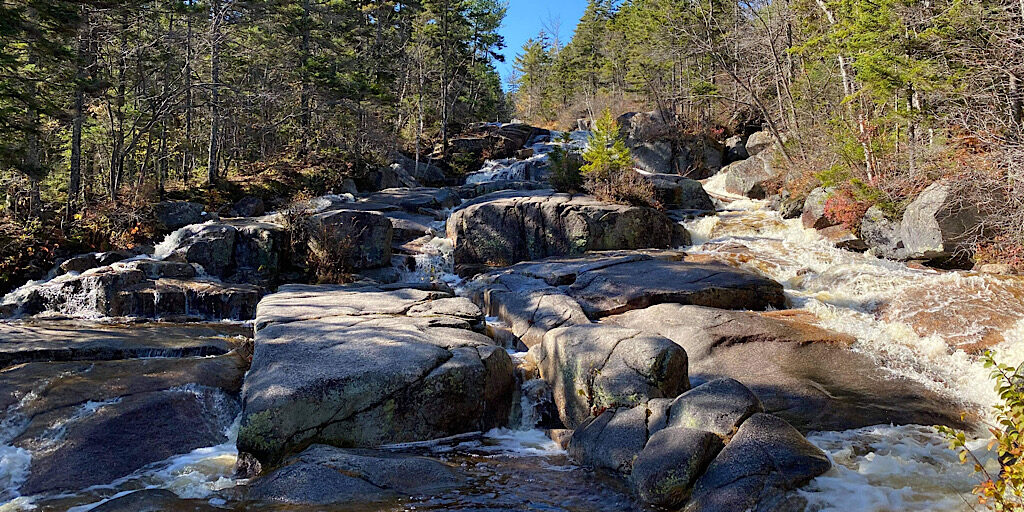 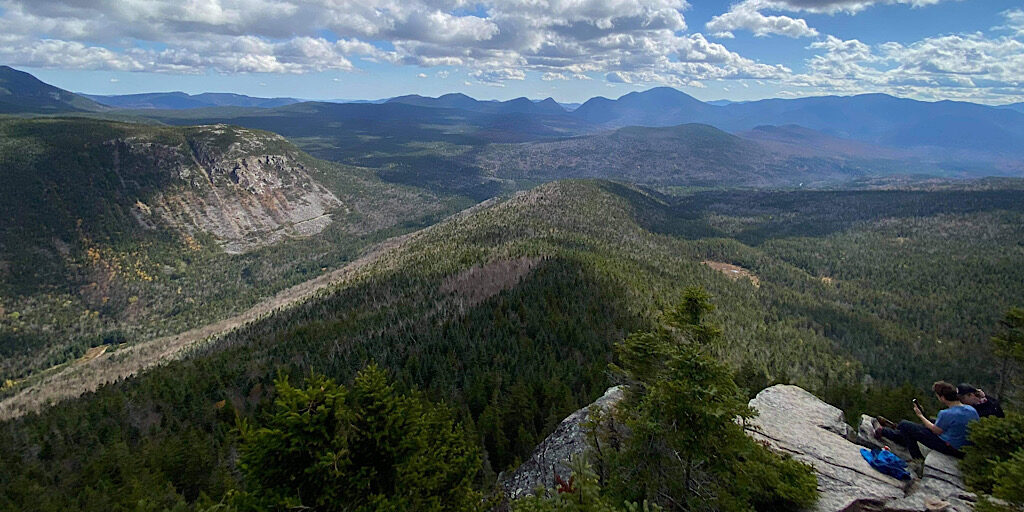 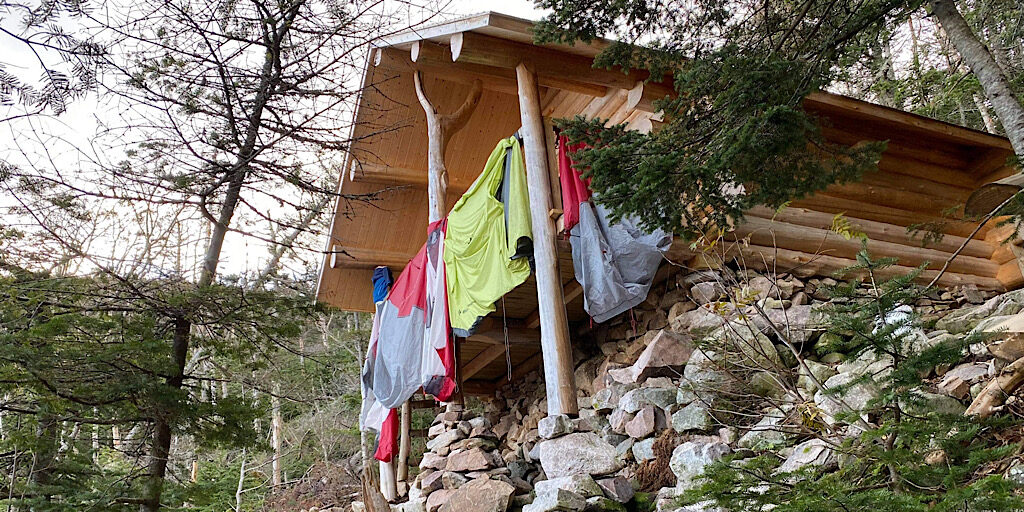 The Guyot (Gee-Oh, with a hard G) shelter… air out the tents. 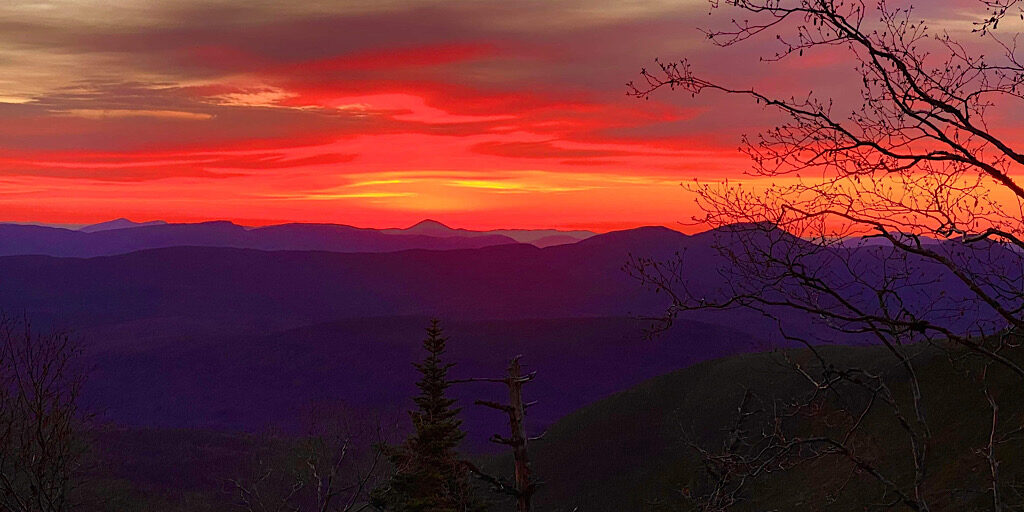 Sunrise from the shelter site. 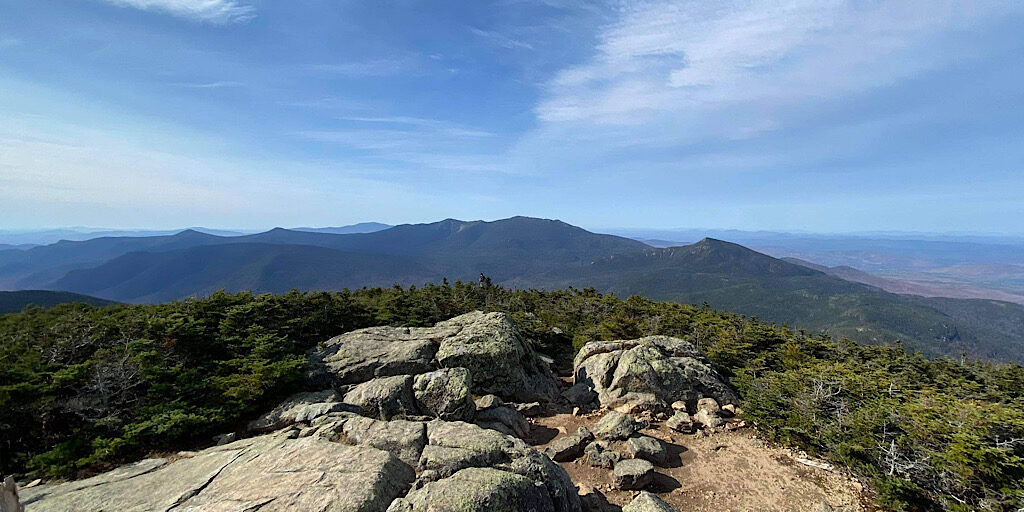 The gorgeous South Twin Mountain. The little pointy mountain toward the right, Mt Garfield, is where they’re headed. 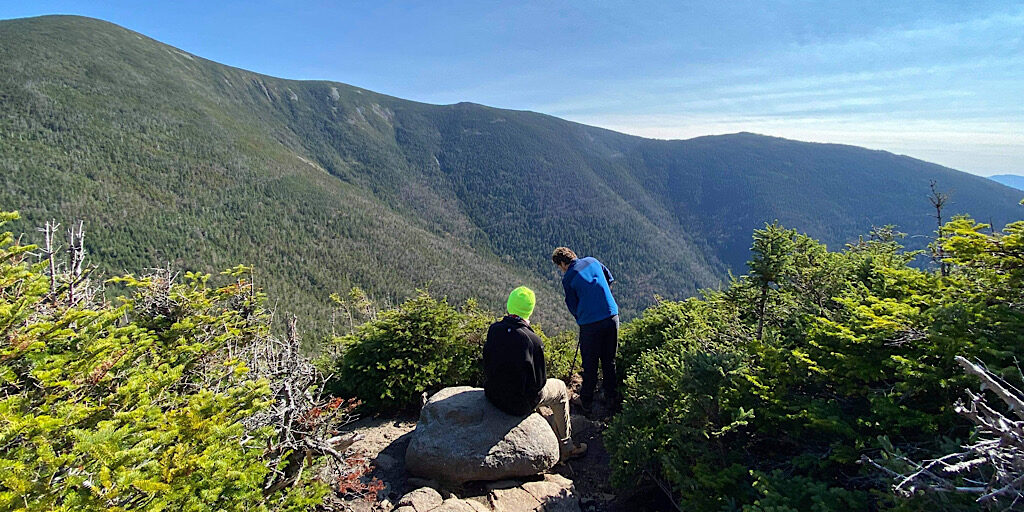 They detour for the Galehead summit. Here a lookout along the way. 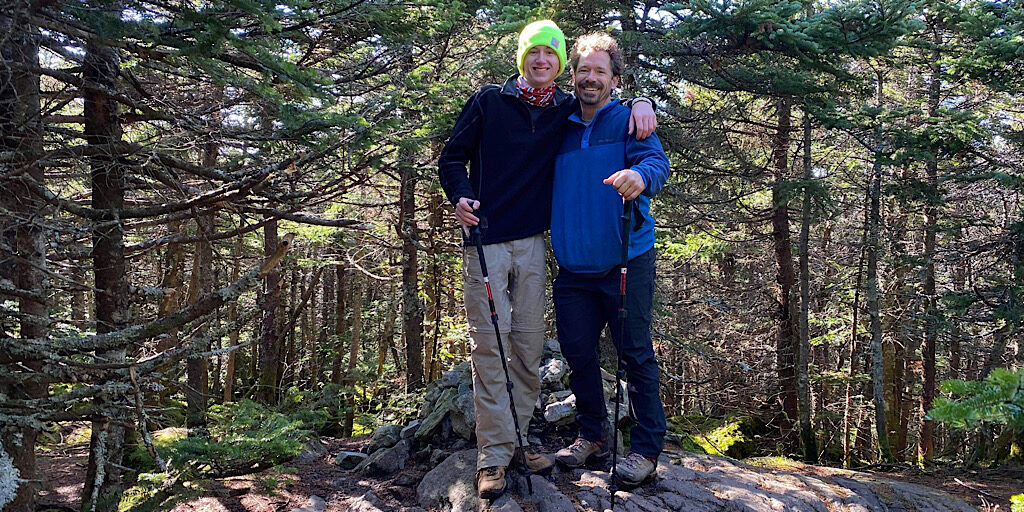 The Galehead summit. No view here, but good anyway.

Good job, Ryan. And to the team: Good work so far. Way to get stuff done while keeping a positive outlook.