Continued from page one.

One of the prettiest sections of trail in the White Mountain National Forest is the Ethan Pond Trail from its highpoint near the Willey Range Trail north (albeit southbound on the Appalachian Trail) to Zealand Trail. Tack on Kedron Flume to get into position, then take Zealand Trail to the exit. It makes for a lovely hike with all of the heavy lifting getting done in the cool of the morning in the first 1.6 miles or so. After that it is a pleasant cruise offering features like Kedron Flume, Ethan Pond, Thoreau Falls (short detour), the base of Whitewall and Zealand Notch, then Zealand Trail itself. The route is a feast to the senses. Here are some photos of the day (taken by Jeffrey except where marked). 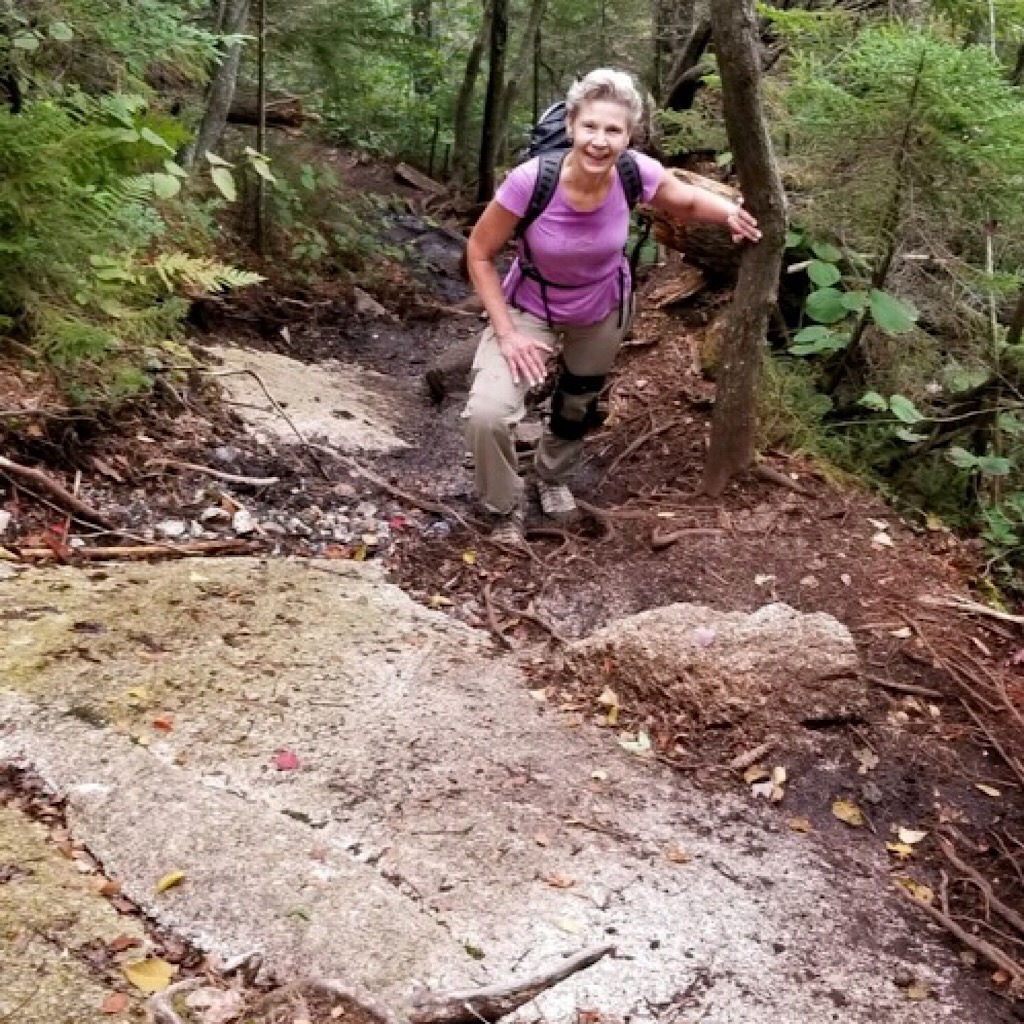 The day’s ascent all happens in the morning. 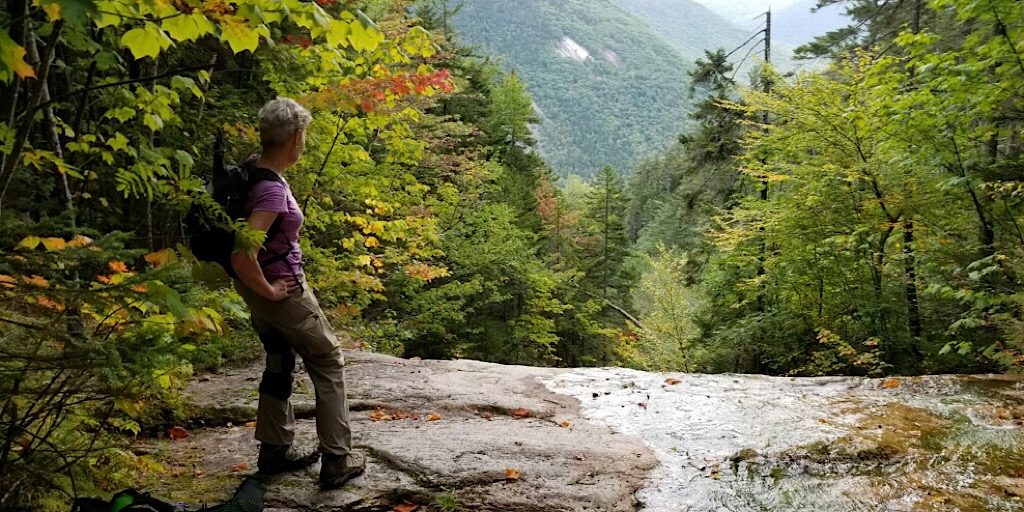 The view from Kedron Flume is pretty nice. 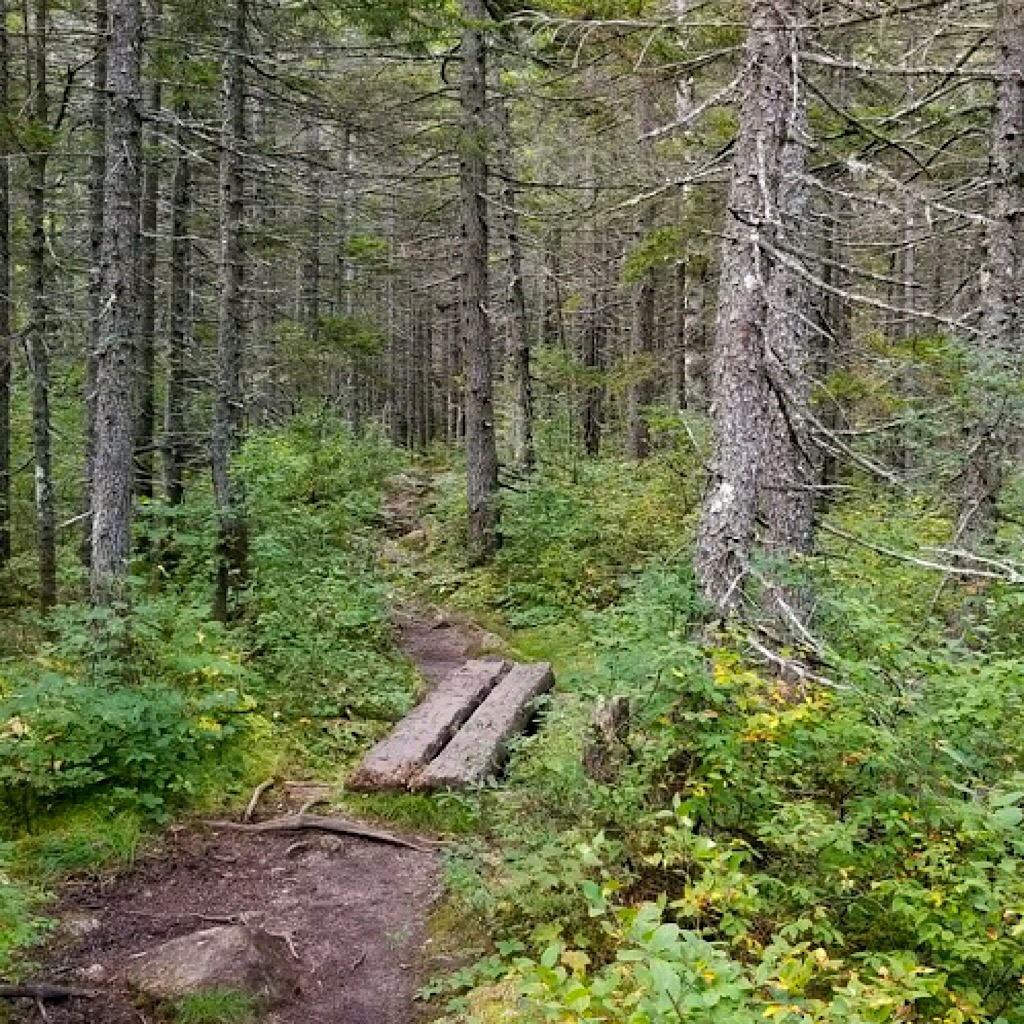 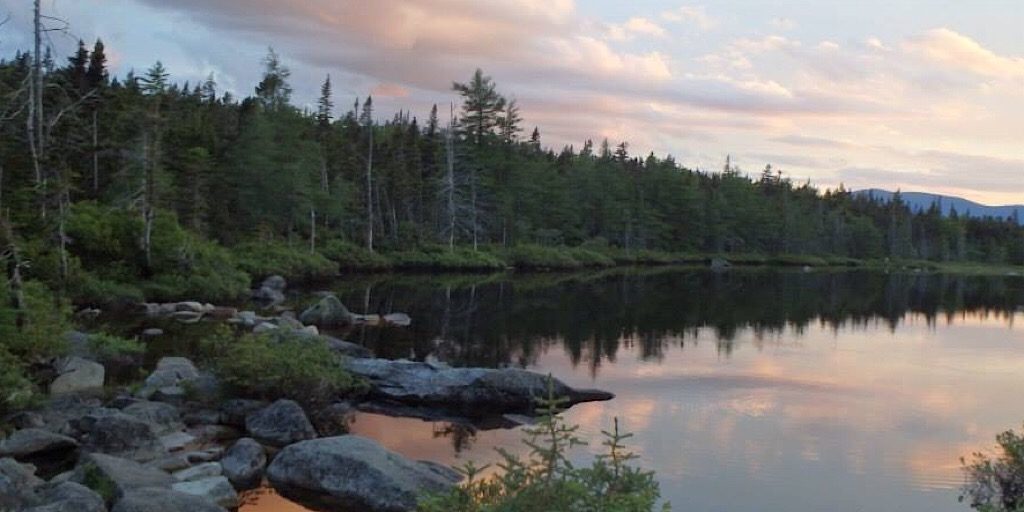 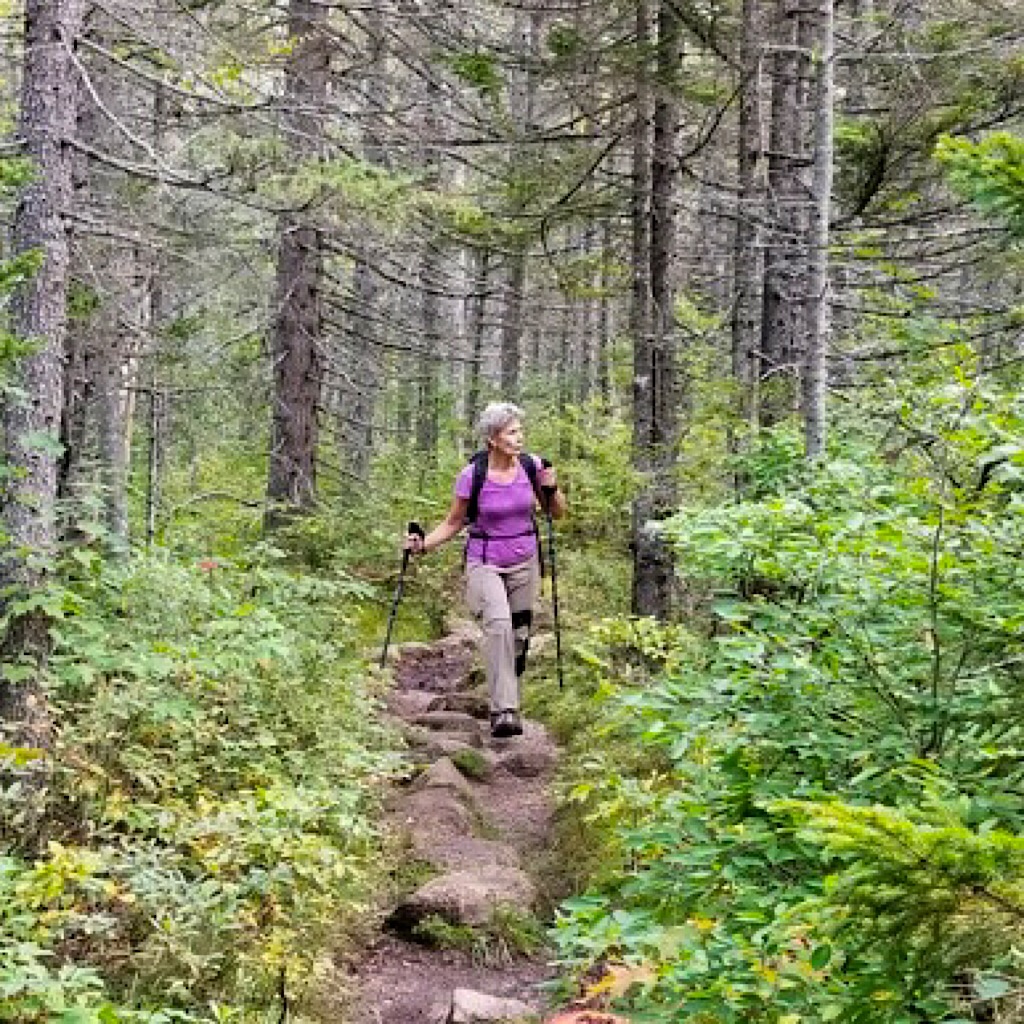 A paradise of sorts. 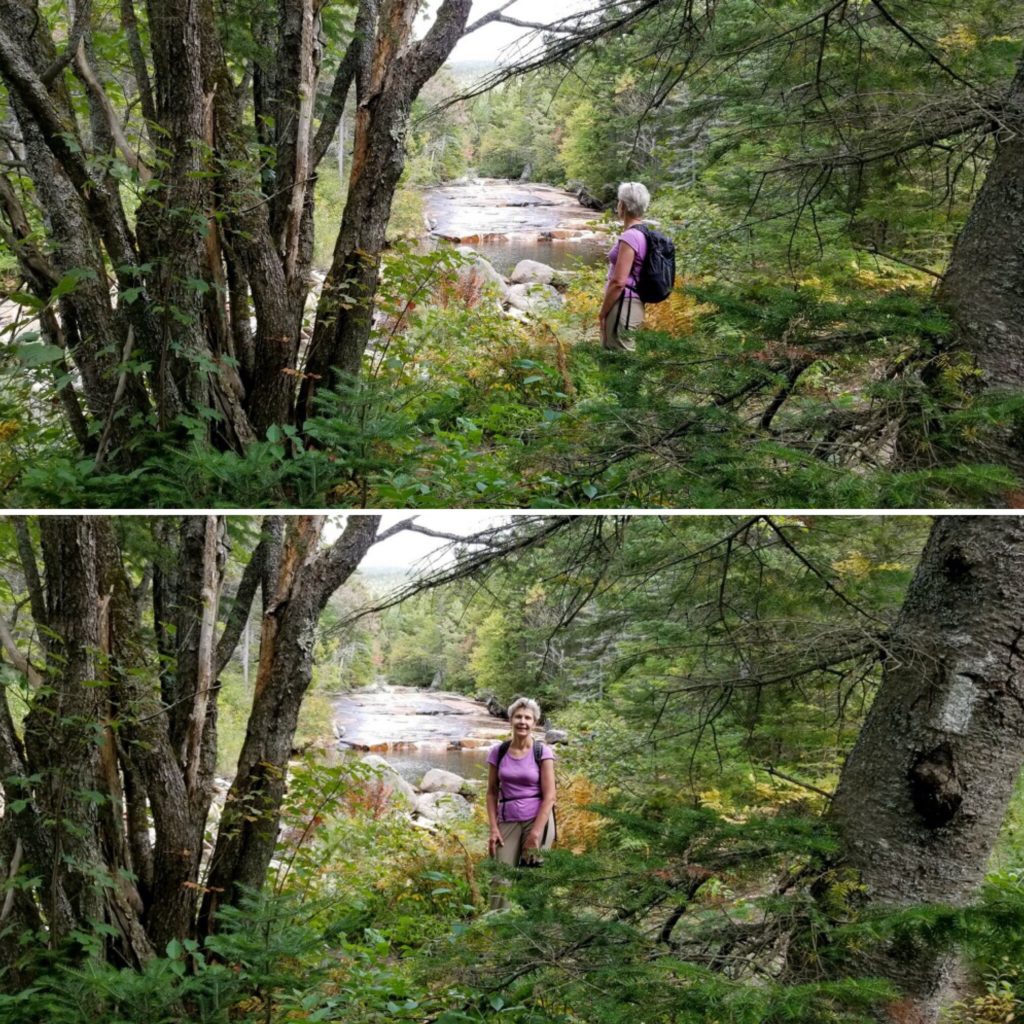 The North Fork of the Pemi. 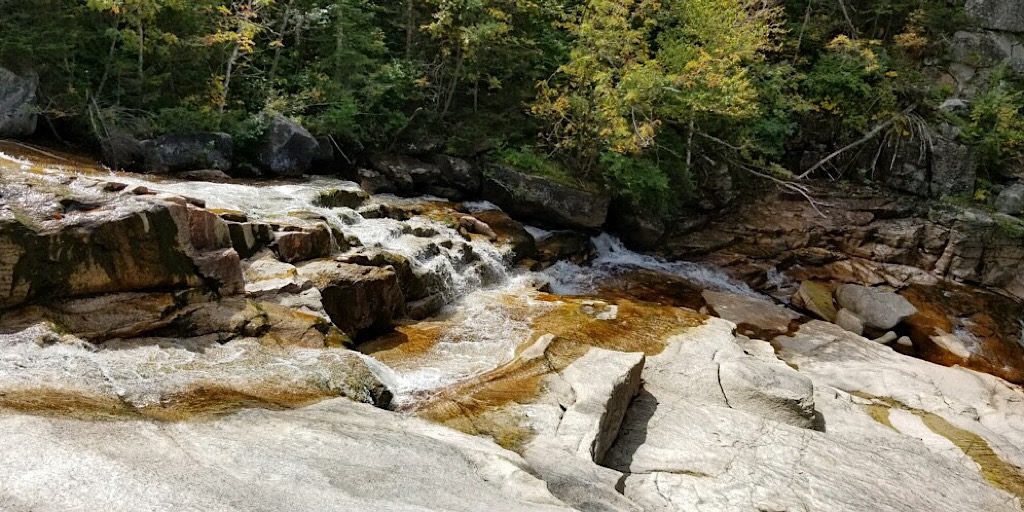 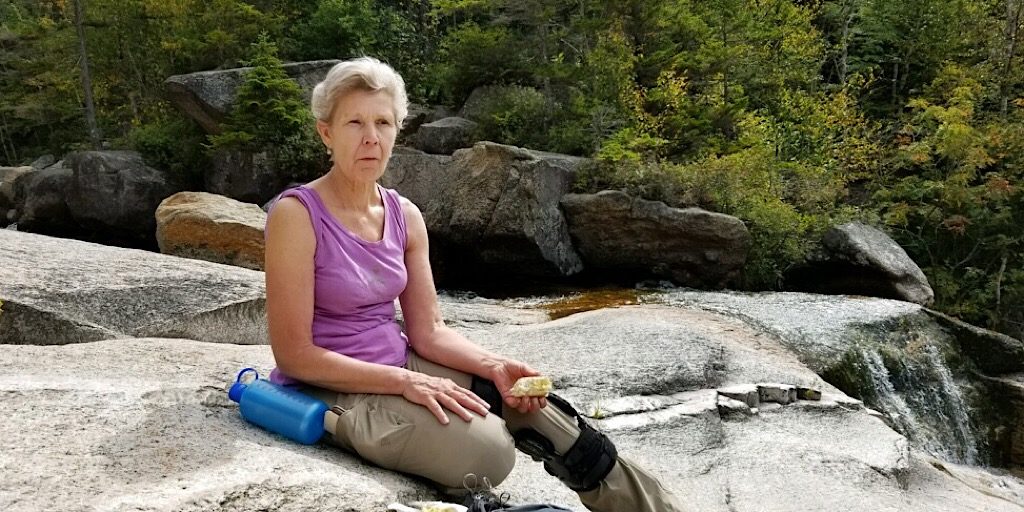 Juliane enjoying her lunch at the falls. 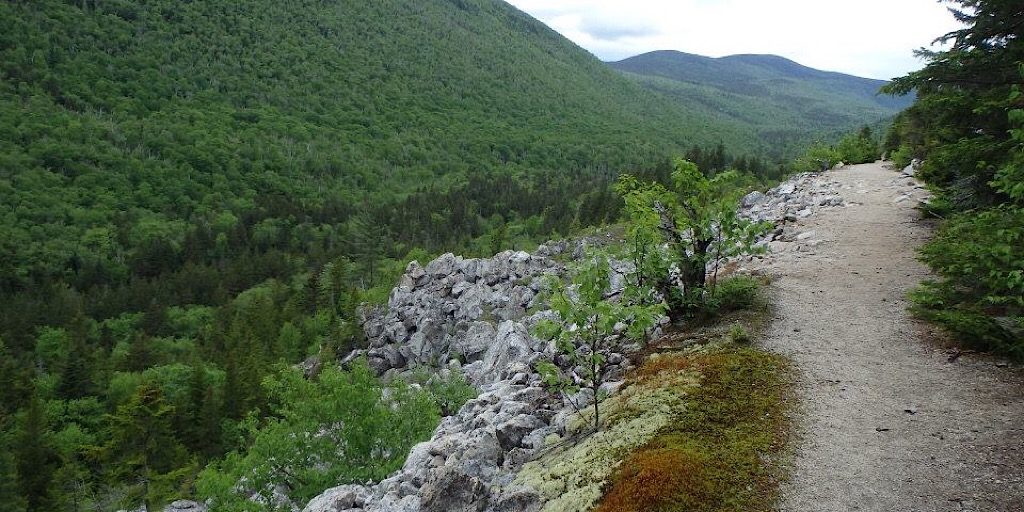 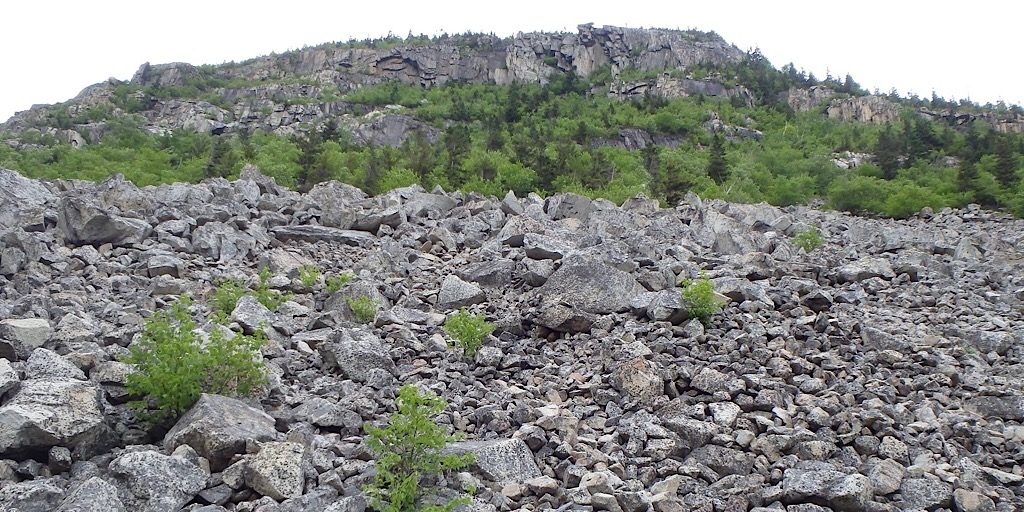 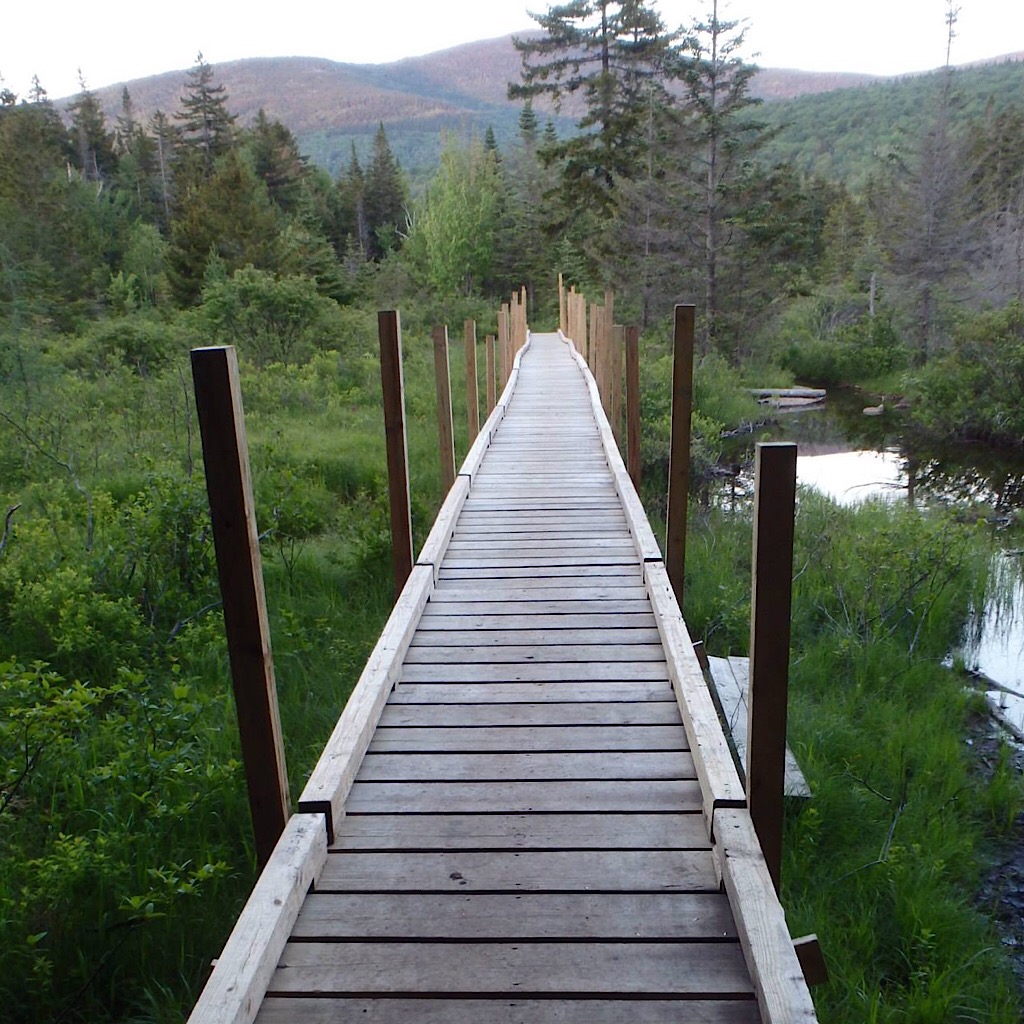 The Zealand Trail boardwalk. Older photo by Mike Cherim — the posts have since been evened up.