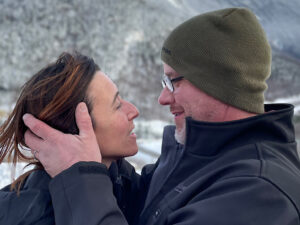 A year ago a New Hampshire couple decided to get married, the groom proposing to the bride on a snowy Artists Bluff situated as a prominence on Bald Mountain (2340′) located the northern terminus of Franconia Notch. Despite highway noises from I-93 running through the notch, and the potential for crowds, it is a stunning location with impressive views. Though do take note, however, in that it’s not for everyone. It’s not a great distance to this famed outlook, per se, but accessing it is only done by way of a steep, rugged trail. One very typical of those found on many mountains in the White Mountain National Forest. For reasonably savvy hikers, however, those wearing the right footwear, it’s a breeze to get to. Just ask this couple. Unlike last year when they precariously made it up with bare boots, slipping and sliding along the way, this year before setting out they donned traction devices so they wouldn’t perish prior to (or after) their big event. As per usual, Redline Guide and JP Mike Cherim presided over the wedding ceremony. Check out these photos: 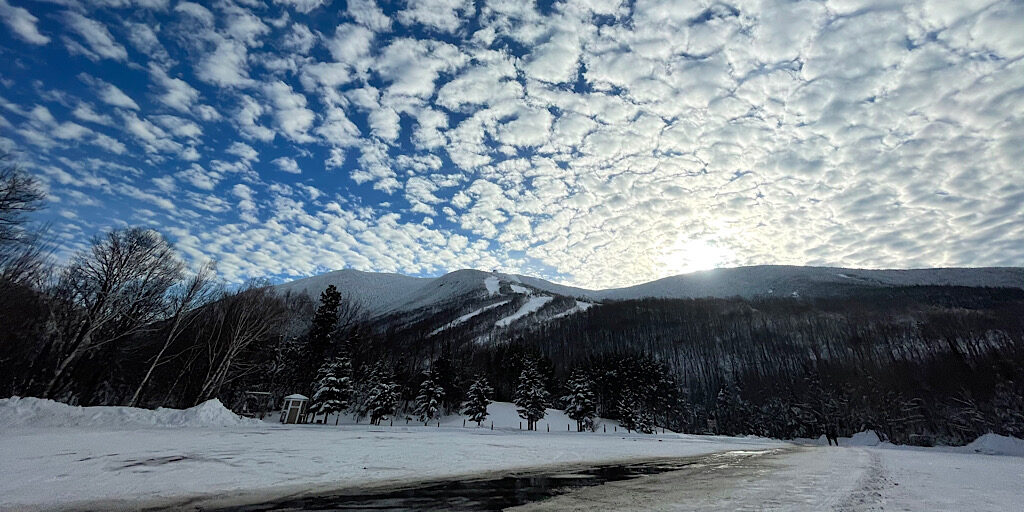 We meet here at the Echo Lake parking lot in front of Cannon Mountain. 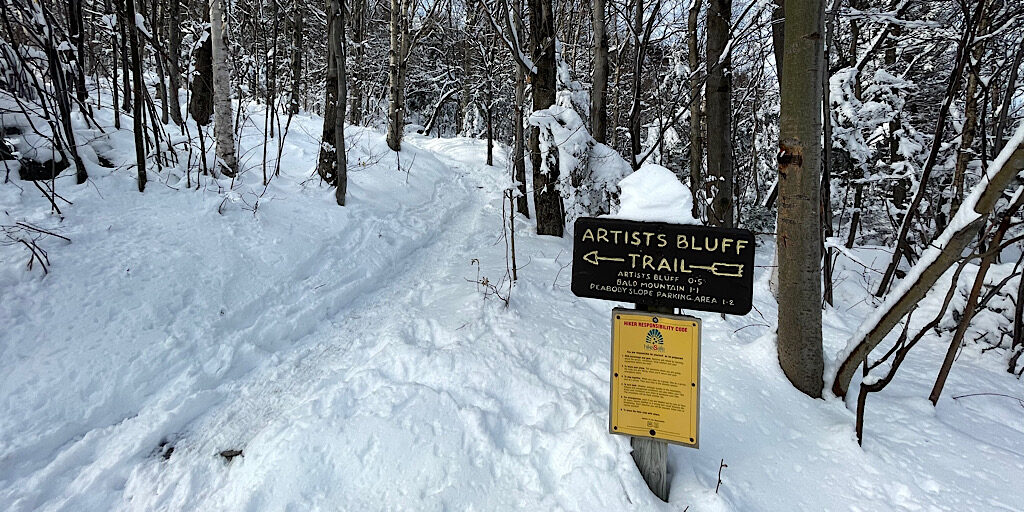 Artists Bluff Trail (the most direct way there) — the mileage on the sign is fake news. 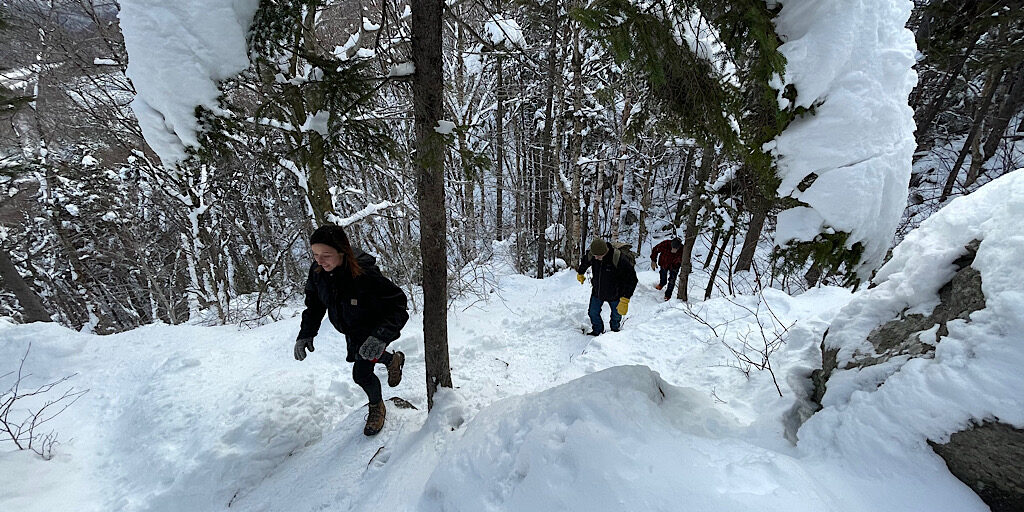 Going up a steep, slippery trail. 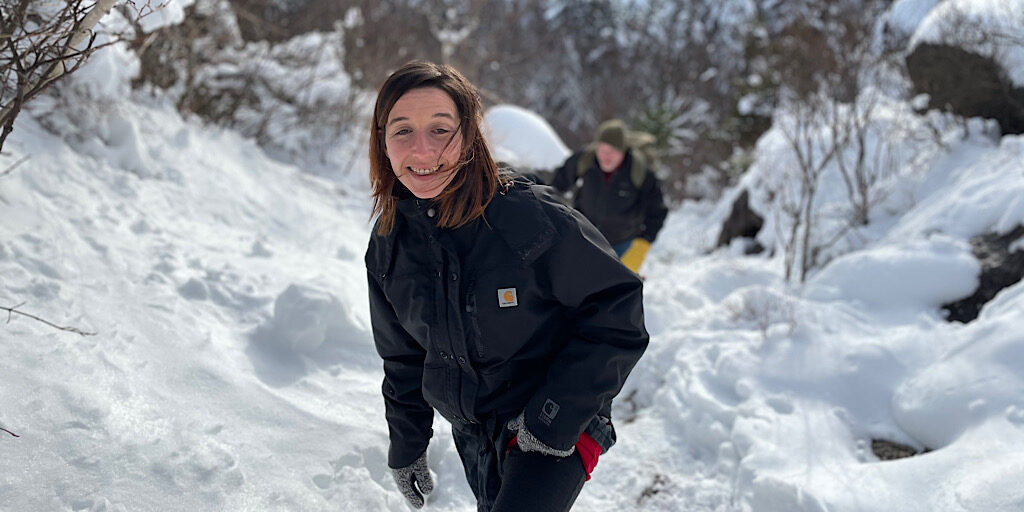 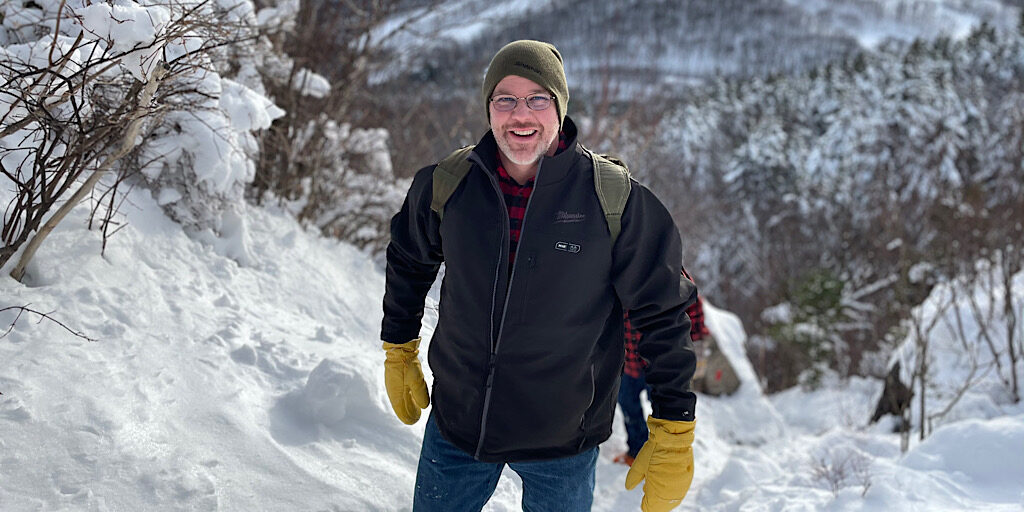 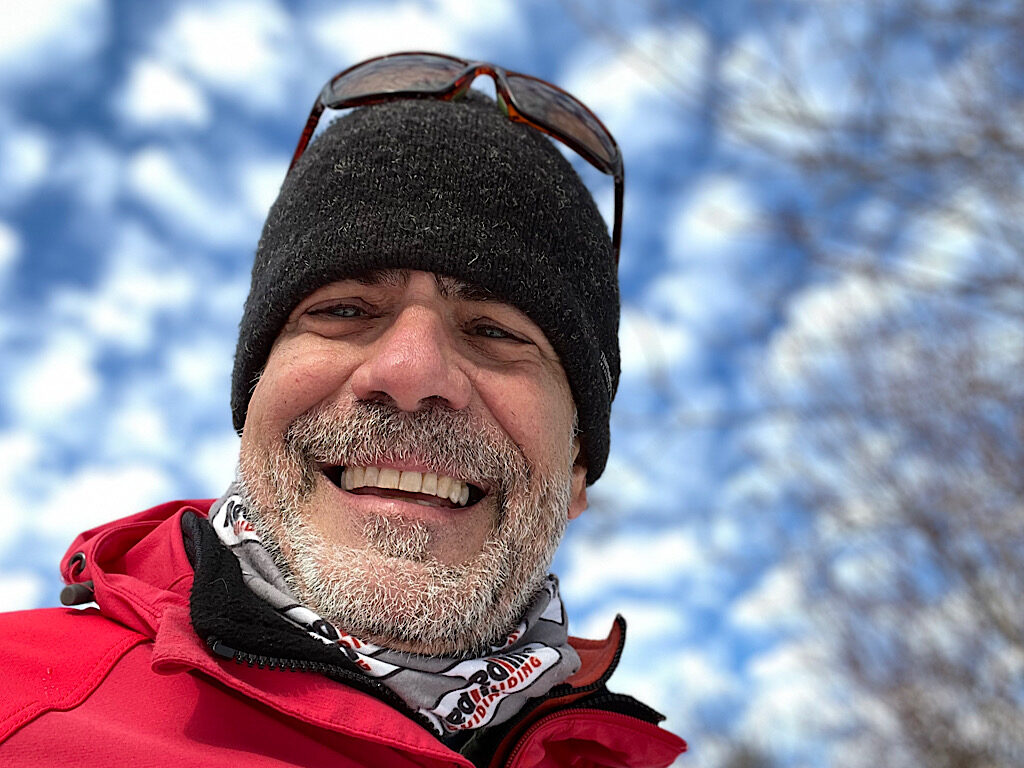 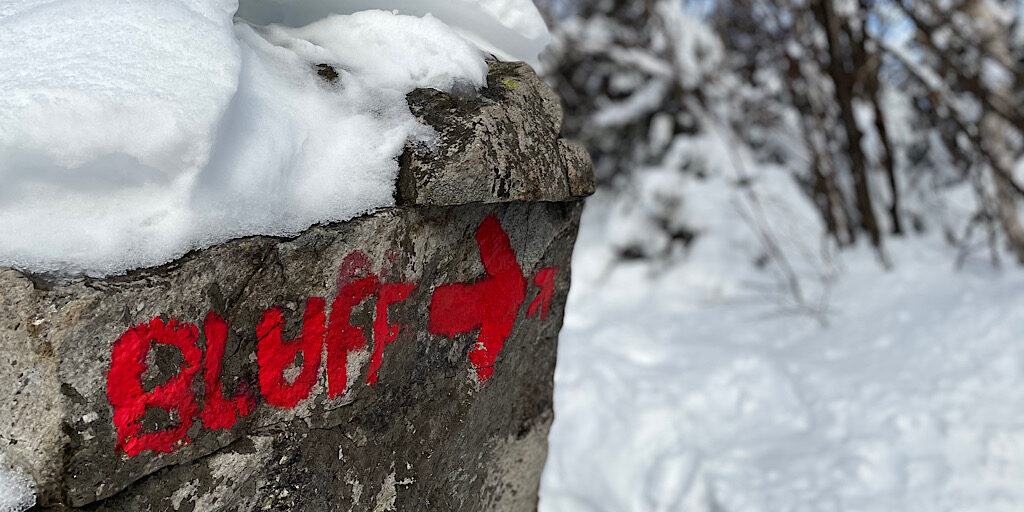 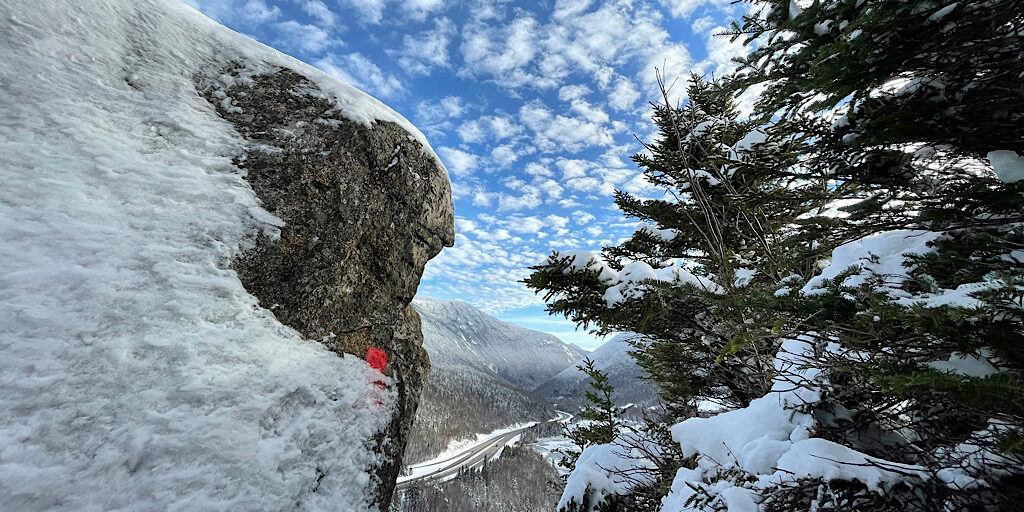 Their portal to the future. 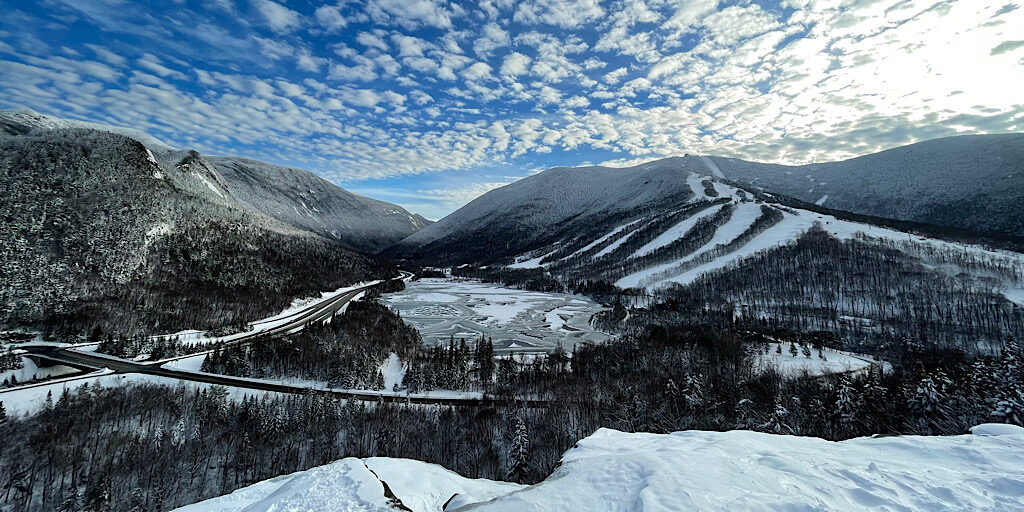 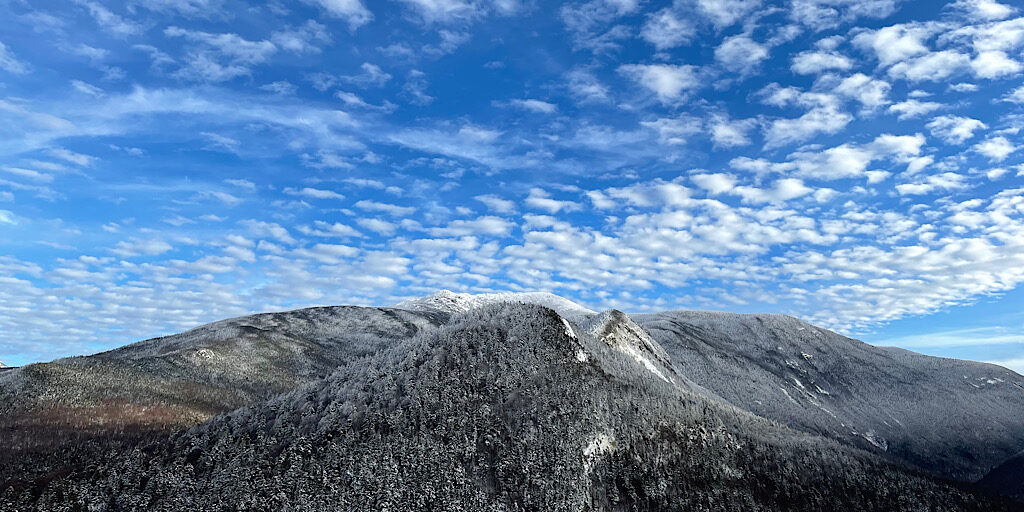 Eagle Cliff across the street with Mt Lafayette poking up behind it. 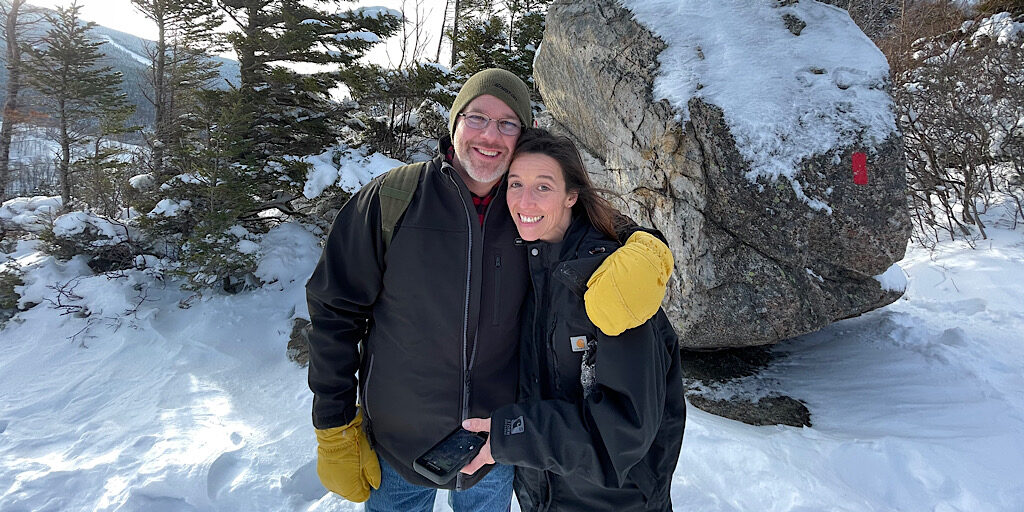 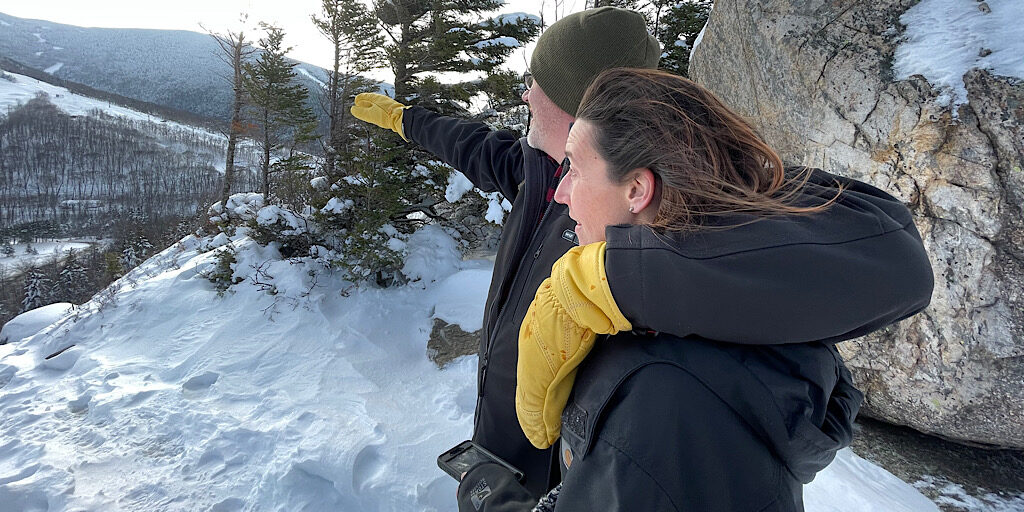 The couple takes in the view. 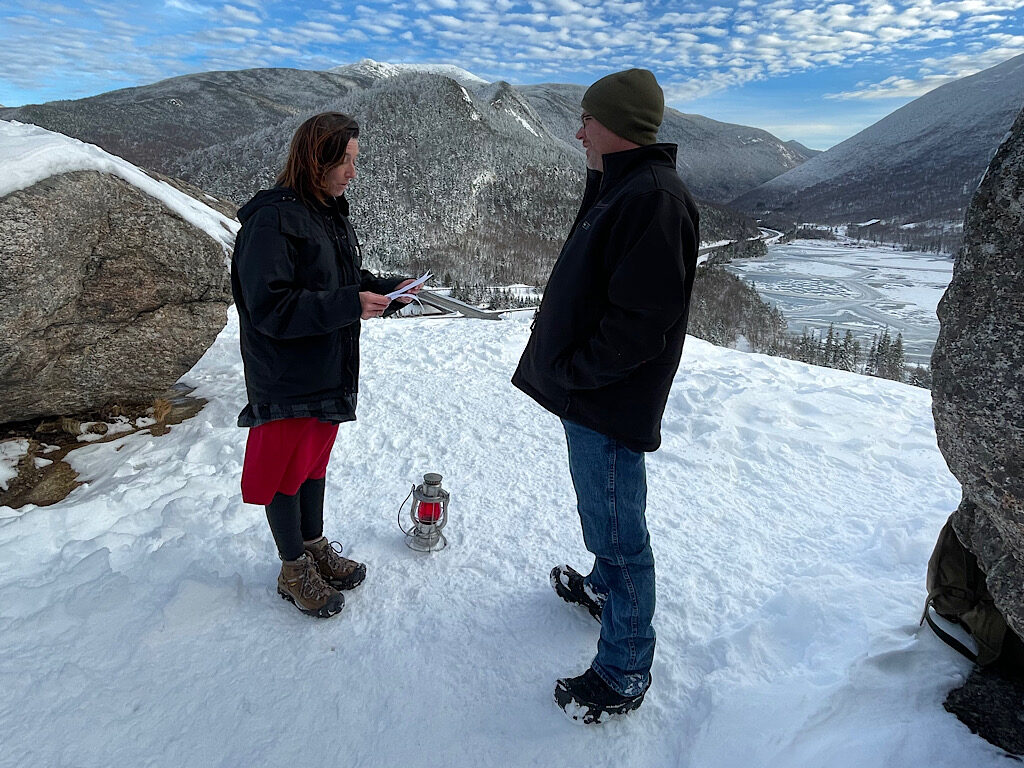 In lieu of a bouquet, the bride chooses a red lantern instead. 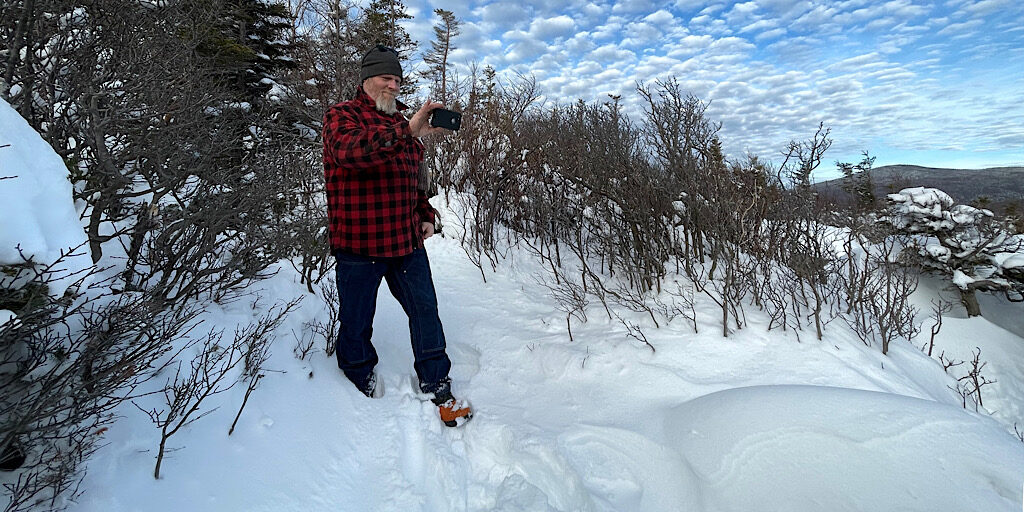 We are up there alone, minus this guy. But it’s okay, he’s the groom’s best man. 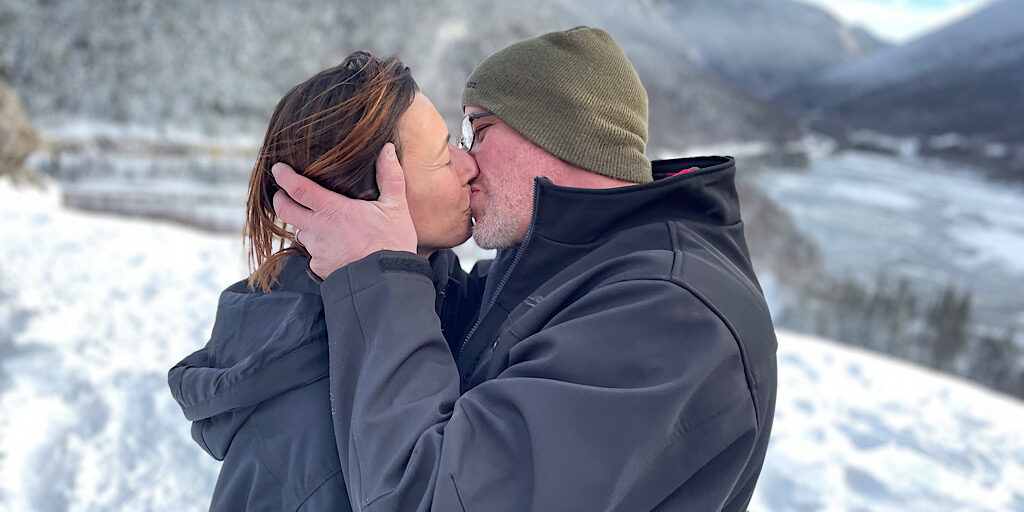 It’s official. Husband and wife. You may kiss… CONGRATULATIONS!

It should be noted that Mike ran into some photographers he worked with recently on Mt Cardigan during a relatively high-profile wedding which was featured on NH Chronicle. He asked: “Are you here for the wedding?” They replied that they were there for a different wedding. As it turned out, they were shooting a wedding set to begin a half hour later than the one Mike officiated. Cool stuff… congratulations to them, too.