Via Boott Spur… Because

One of the advantages to hiring a guide is that a guide often has years of experience hiking in the ranges in which they lead tours. So when it comes to knowing this thing or that, or what trails to take, or how to avoid crowds, or how to maximize the experience in one way, shape, or form, having a guide for a private tour (which is all we do now) is worth every penny. Case in point, while Nico was leading a Full Presi traverse (post coming) and Mike was doing a wedding at the Tip-Top House, Redline Guide Howard Aronson was leading one fellow to the Mt Washington summit on a day hike. But instead of one of the more standard routes, Howard decided to lead our guest on Boott Spur Trail. Doing so would lessen the crowds (which is safer, nowadays) and get the team to the goodness of treeline even faster. They could savor the day even more. Along the way Howard shared what he knows, as guides usually do. Howard was on a hiatus of sorts, but he’s coming back. His heart is in the game. With the choices made today, it looks like his head is in the game as well. 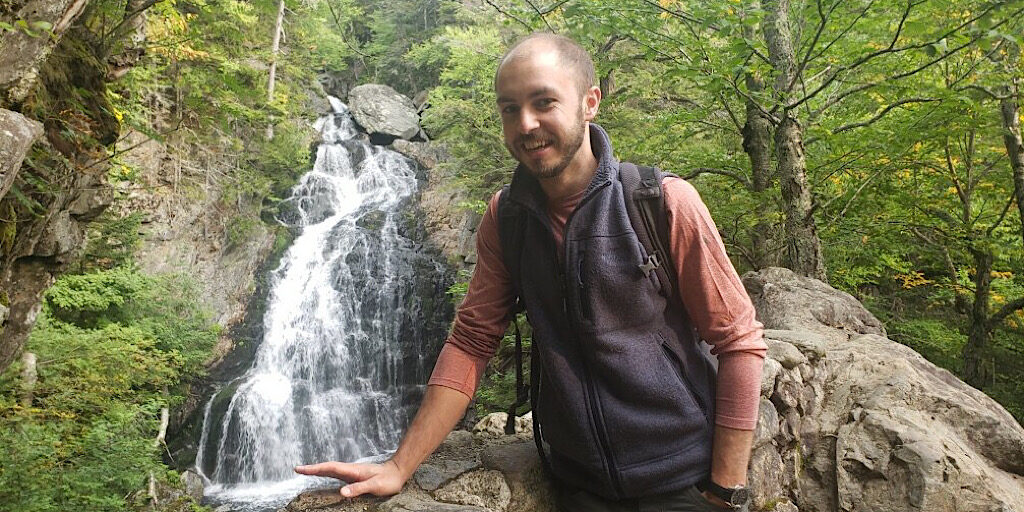 Layer break and a lovely waterfall. 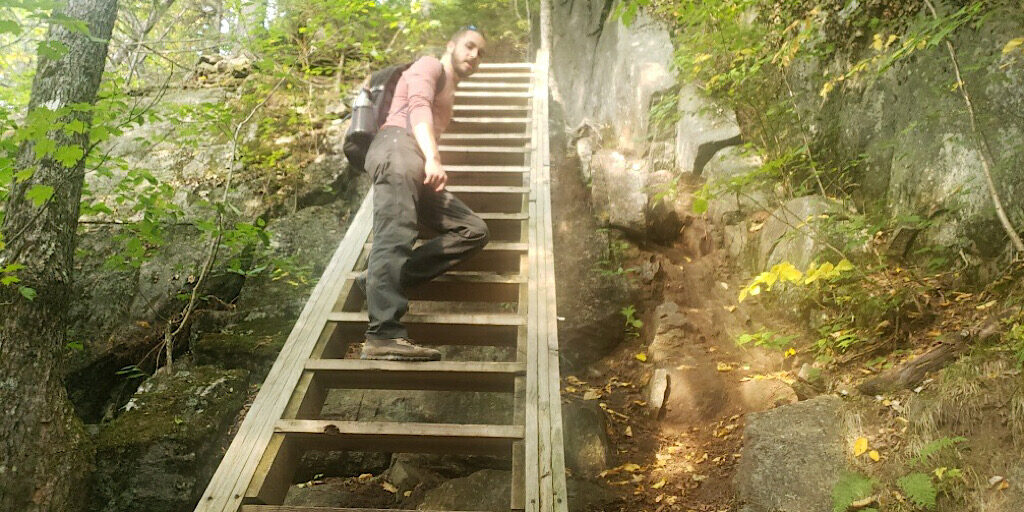 The steps on Boott Spur. 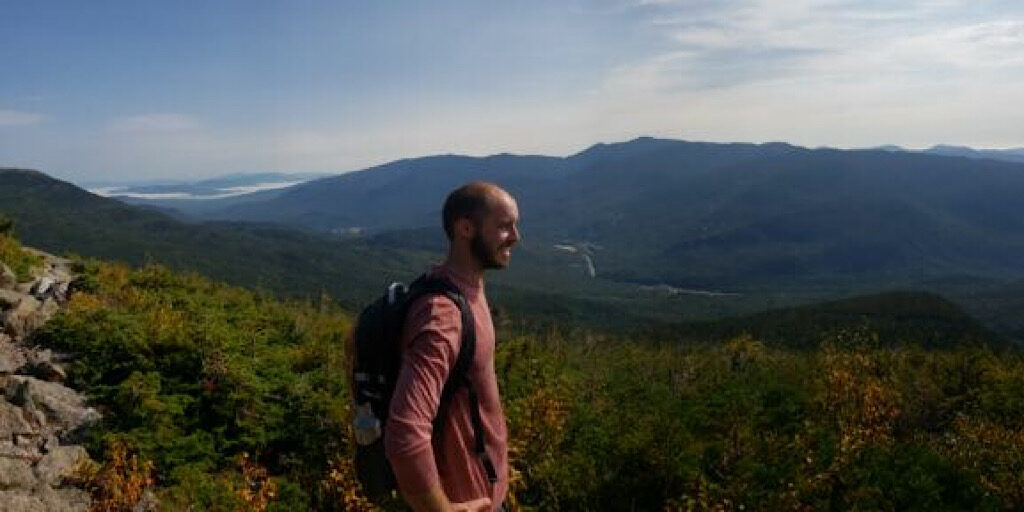 Our guest enjoying the day. 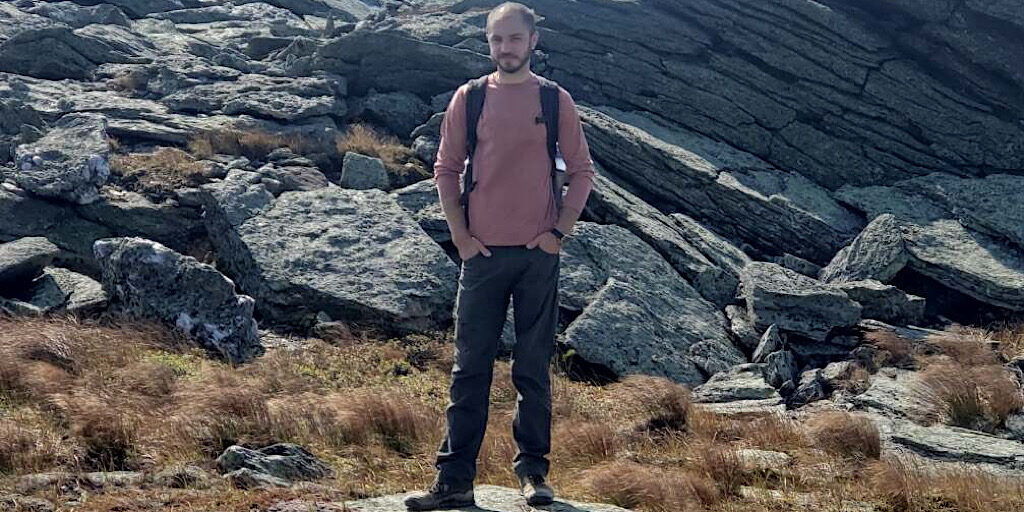 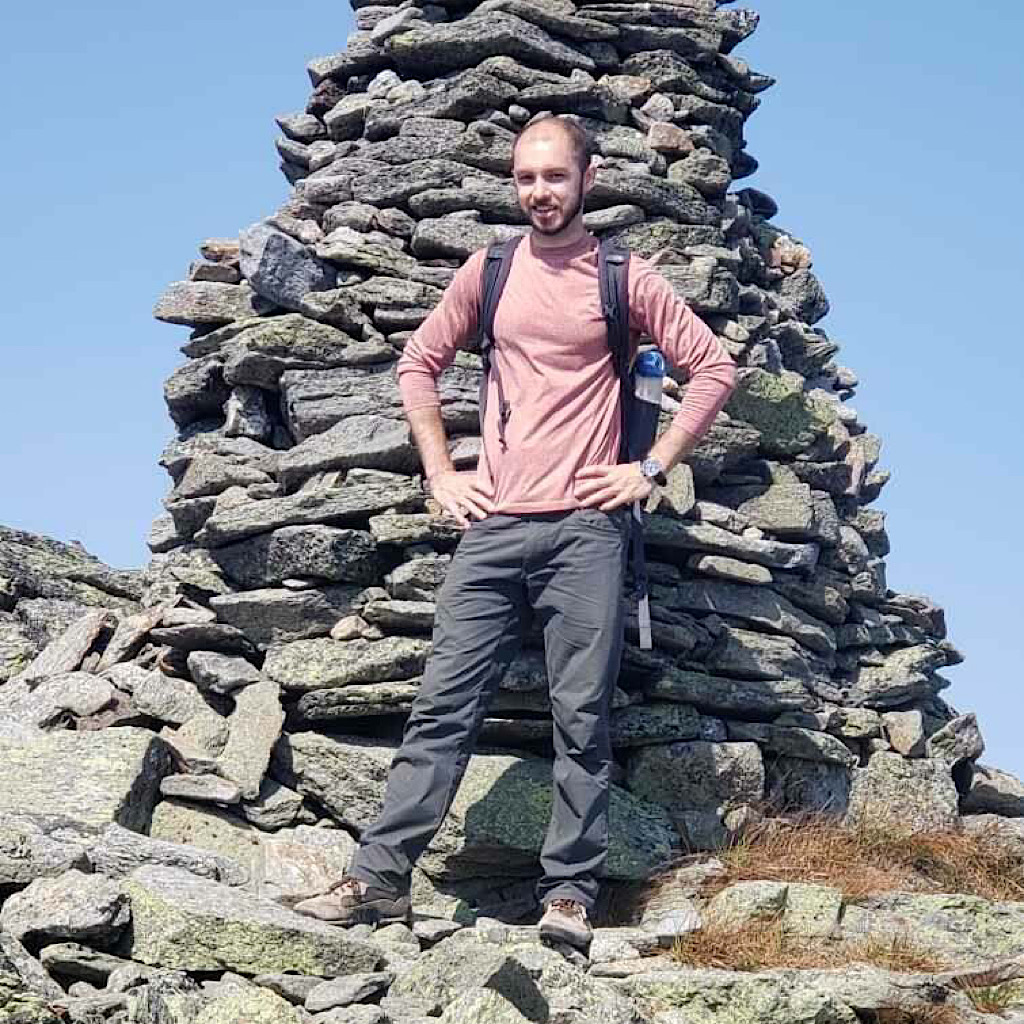 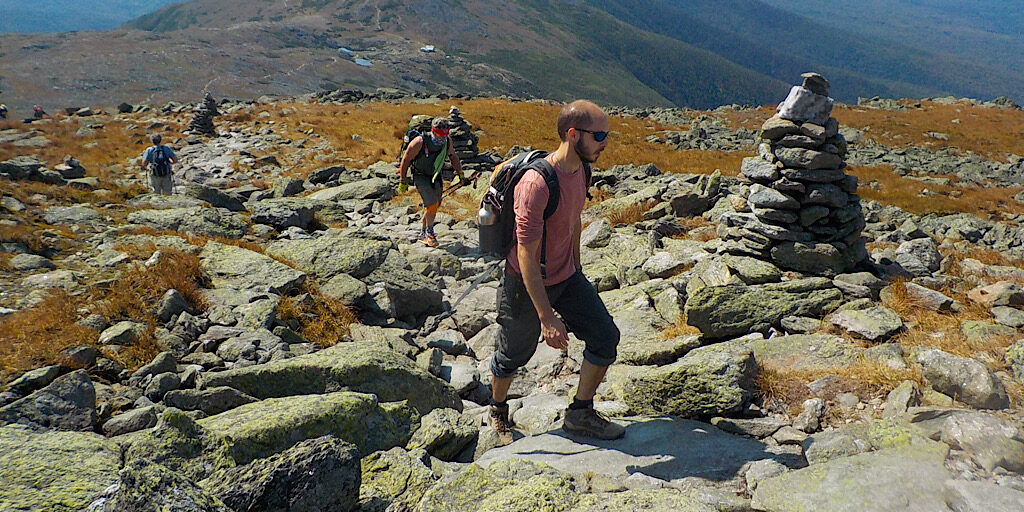 Coming up the cone… not far now. 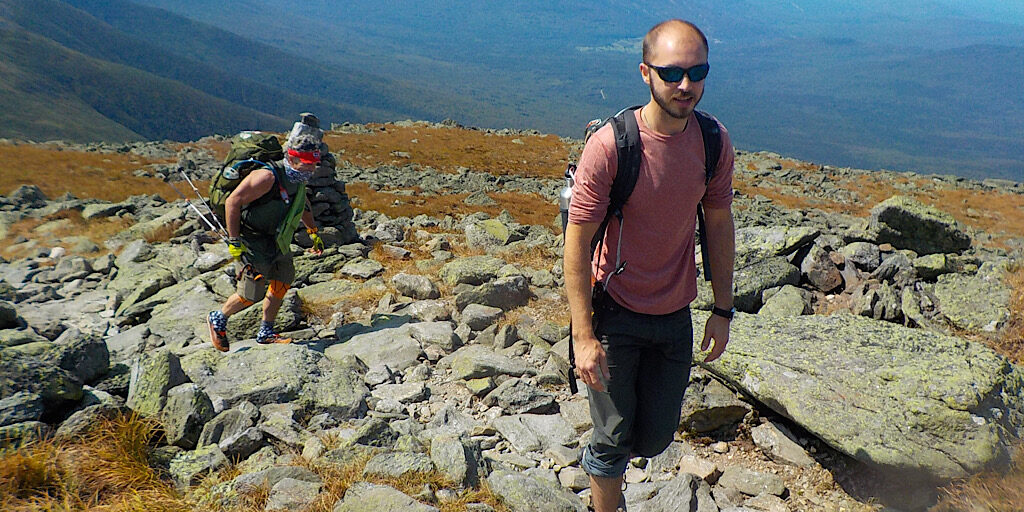 He wonders who is taking his photo, not having officially met Mike yet. 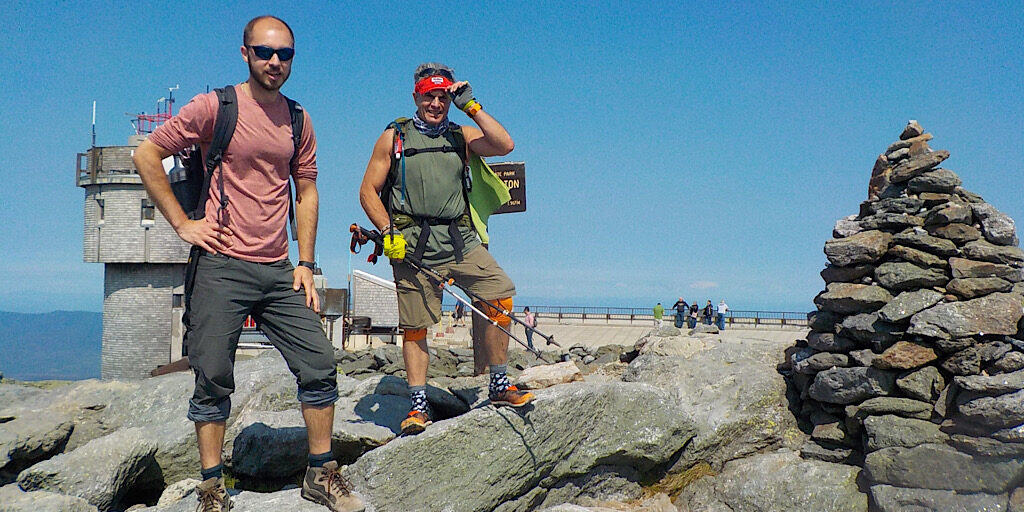 Good lead, Howard, and to our guest… way to crush. Thanks for choosing Redline Guiding.