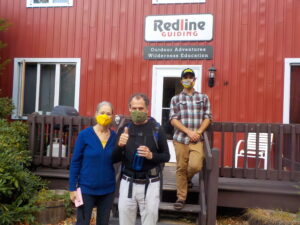 Our couple along with Nico.

Some will ask: “Can you be our gear Sherpa?” But technically speaking what they mean to ask is: “Can you be our gear porter?” And by this they are effectively requesting that we hike-in their backpacking gear — tent, sleeping bag, pad, cookware, stove/fuel, and food — to a specified location, set it up, then come back and retrieve it after a certain amount time has lapsed. Pretty straightforward.

If someone wants to experience backpacking without the difficulty of carrying a 25-35 pound pack (and that’s just in the summer), this is a dandy option and it’s something we have done before. We even have the gear to rent, if needed. What a way to experience backpacking. We can totally see this sort of thing catching on. One of the most challenging elements of backpacking is carrying in all that gear and setting it up.

On duty for this assignment was Redline Guide Nico Dubois. The plan for the backpackers was to arrive at the AMC’s “13-Falls Tentsite” nestled deep in the Pemigewasset Wilderness. They were planning to come in from the North stopping at Galehead Mountain (one of our beloved 4000-footers). While they were doing this Nico planned to come in from the south via Franconia Brook Trail and to reach camp that way. It was longer, but for Nico should be a fast execution due to the relative flatness of the terrain.

On day two the couple planned to do (and succeeded) an out-and-back day hike from the tentsite so as to bag Owls Head (another 4k peak), returning to their camp and the end of the day. On day three they planned to hike out the way they came in while Nico once again came in from the south to break down their camp and carry it all back out (a little lighter with the food having been eaten). 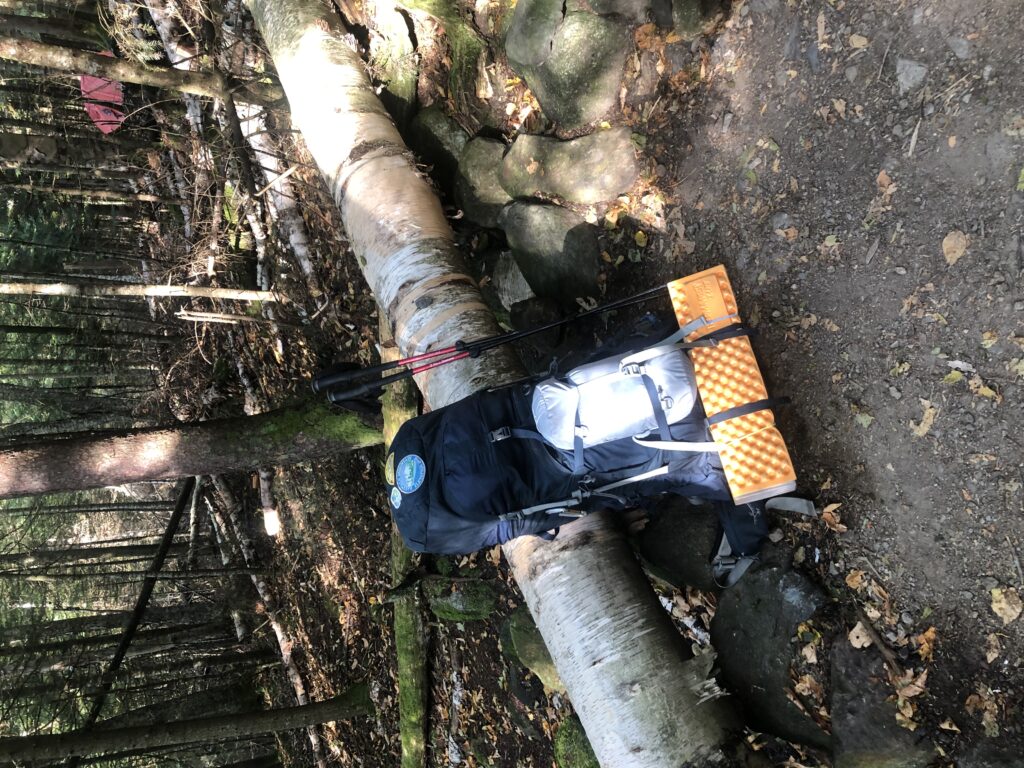 There’s a lot of gear in there. Going in Nico looks super prepared, ready for anything. 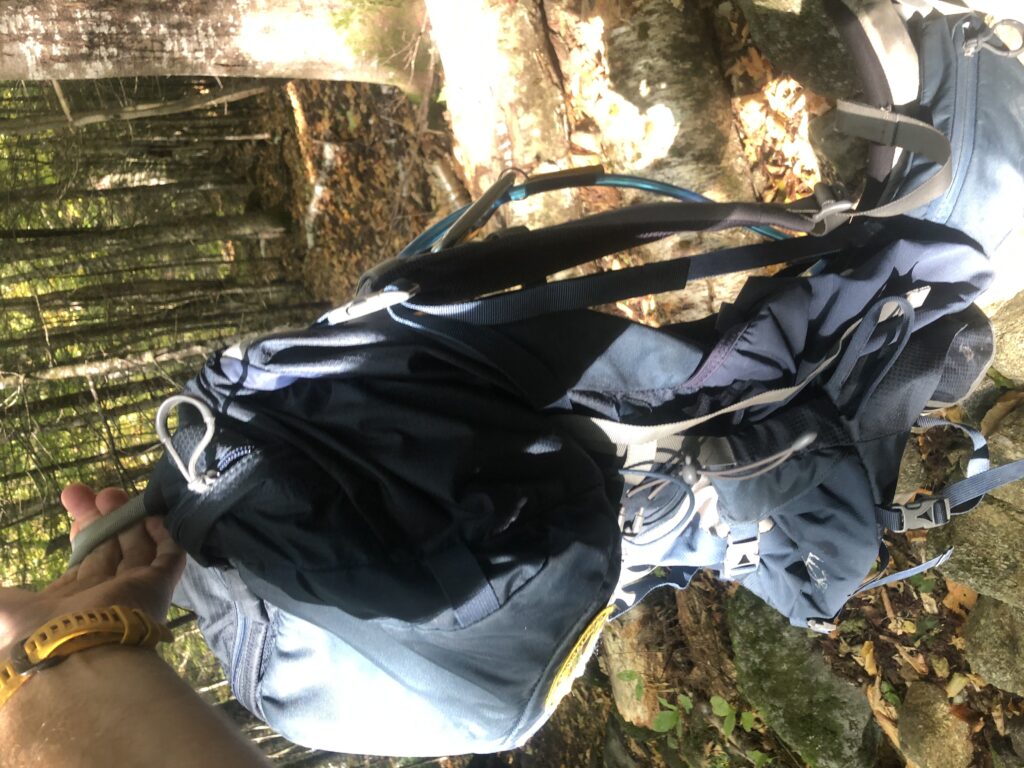 Going out, however, he looks like he was running fast and light — with a grossly oversized pack.

Great job portering, Nico. Congratulations to the couple who got done what they intended. See you again for the Bonds?