The past few years have seen a sharp increase in the number of visitors to the White Mountain National Forest (WMNF). Inasmuch the number of black bear-related incidents has likewise skyrocketed, but at an even sharper rate. So much so, it’s concerning. “It’s just a matter of time before someone gets killed,” said one United States Forest Service (USFS) Ranger we spoke with. Due to the sprawling nature of the WMNF, fencing and gating isn’t an option. Moreover, due to the limited in-state Wilderness, bear relocation efforts have repeatedly failed — there is nowhere to move the bears! Alaska, Maine, and other large, wild regions won’t take them off New Hampshire’s hands, citing out-of-state bear laws. Thus, the focus has turned to public education efforts and using Contact Mitigation Aids (CMAs). The most current CMA in the USFS arsenal is the “bear bell” due to its passive, “always-on” nature.

Bear bells have been around a long time. People — hikers, for example — wear them, as do their pets, to warn bears of their presence. Black bears, unless habituated to humans or very hungry, generally want little to do with humans or other animals. The bell sounds the alarm, so to speak, and the bears then take the steps necessary to avoid contact. Unfortunately this puts the power in the paws of the bears, and for the past couple of years the bears have been particularly abusive of said power. Thus, the USFS has decided to instead initiate what they are calling the “N.H. Bear Bell Project.” 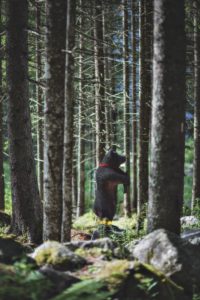 USFS photo of a “belled bear” arising from its torpor unaffected and unharmed.

The plan, thanks in part to low bear bell adoption rates among the general human populace, is to equip the bears with a bell instead. “This turns the tables on the bears,” said the spokesperson. She added grimly, “now the people have the power to take their own steps in contact avoidance.” The bears have clearly been either uninformed or uncooperative regarding the rules. In any case, this should be an effective solution thanks again to the passive, always-on nature of this simple device. The spokesperson admitted they have been figuratively kicking themselves for not thinking of this sooner.

The project has already begun in earnest. It started late winter this year, as soon as the bears were done “denning.” The USFS Rangers along with a group of hunter volunteers have been scouring the forest areas setting out from various trailheads with their tranquilizer rifles. It’s very likely you’ve seen them already despite them trying to keep a low profile. The hunters have been locating the bears one-at-a-time, sedating them, attaching a large red 2.75″ cowbell on a thick red, nylon collar to each, and the rest happens on its own: the bear wakes up and goes about its business unaffected. There was concern initially that more cowbell was needed, but the 2.75″ model seems to be effective. It’s possible you may already hear the sounds of the bells in the forest. Fear not, it’s probably just a bear and now you can take steps to avoid it. No more need to trust the bear to do the right thing.

For now visitors are encouraged to not wear black when entering the forest, especially if it resembles fur. This, however, will only be a concern for no more than two years, as expected. In the meantime, wearing an orange hunting vest or your own 2.75″ cowbell will tip off any confused hunter volunteers so that even if you are mistaken for a bear, they will safely assume you’ve already been bell-equipped and won’t sedate you accidentally. It sounds a little scary, we must admit, but as regular users of the WMNF, we are grateful for this effort to keep everyone safe from abusive bears that can’t play by the rules. Thank you! 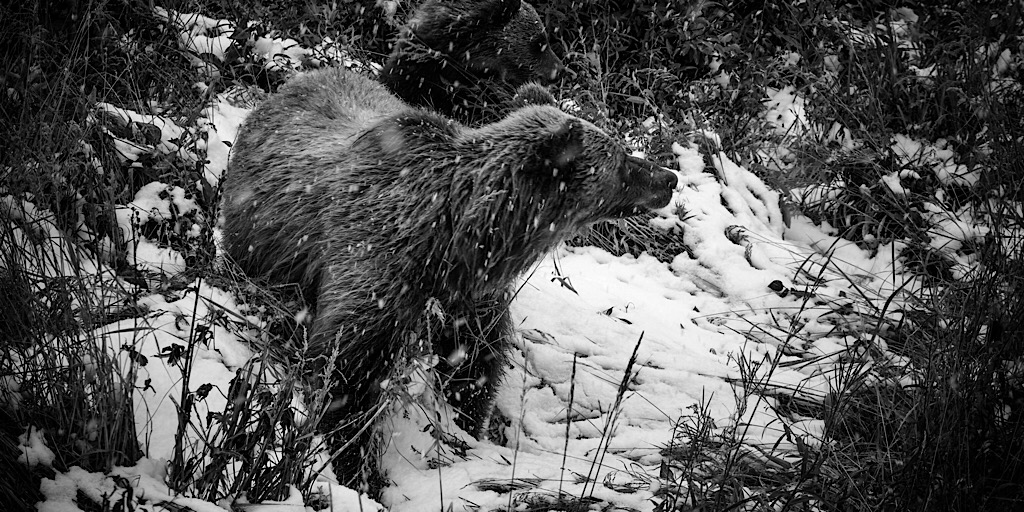