This weekend sort of started the ball rolling for us, so to speak. It began Saturday with a Winter Skills course followed by a Mountaineering Skills course. And this was followed the next day with a successful ascent of Mt Washington — the tallest most badass peak in the Northeast and the crown jewel of the White Mountain National Forest. Atypical of its badassness, however, the weather up there thankfully cooperated offering up milder temps and calmer winds.

Day one was led by Redline Guide and owner Mike Cherim with Ryan Mcguire co-leading. Day two was led by Ken Hodges with Katie Vaughan co-leading. Day one, at least the morning part, had nine participants (though it should have been ten). This was whittled down to seven for the afternoon session. It was this seven — a group from Ridj-it — that would make their summit attempt. Of the seven two would bail and detour with Katie to Tuckerman Ravine for a look-see watching skiers take in Left Gully, and one, suffering foot discomfort, threw in the towel well above treeline and was escorted off mountain with Ryan (who happened to be recreating on the mountain on his own). The remaining four, led by Ken, made it to the top. Check out these photos, courtesy of all the guides on-duty this weekend (listed above): 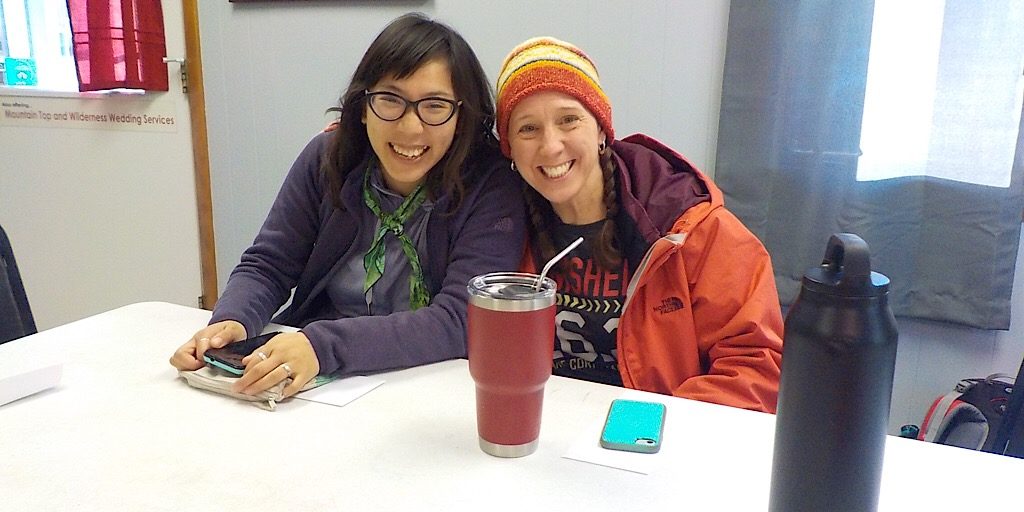 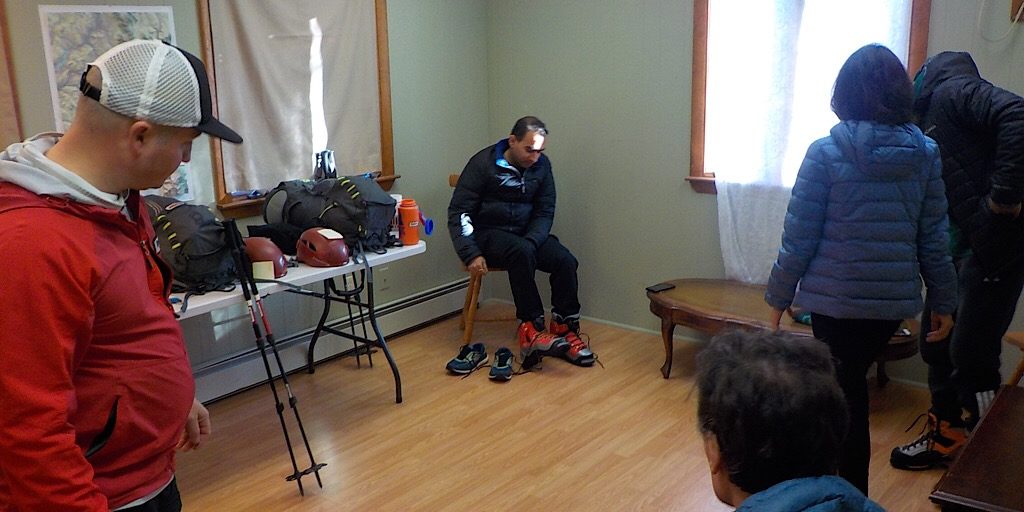 Ryan overseeing the gear fitting for those getting Ready Packs. 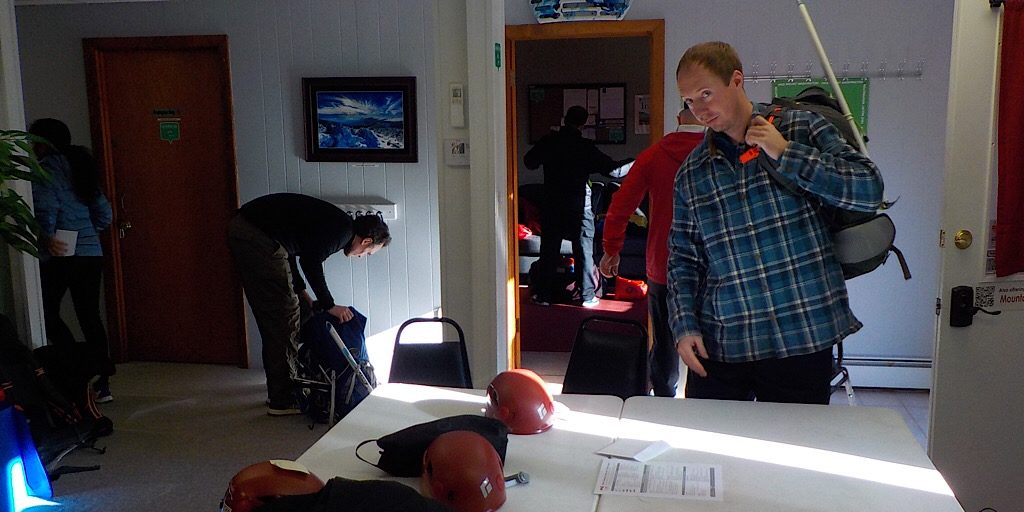 After a morning of indoor winter skills learning, the team is getting ready to head out for more. 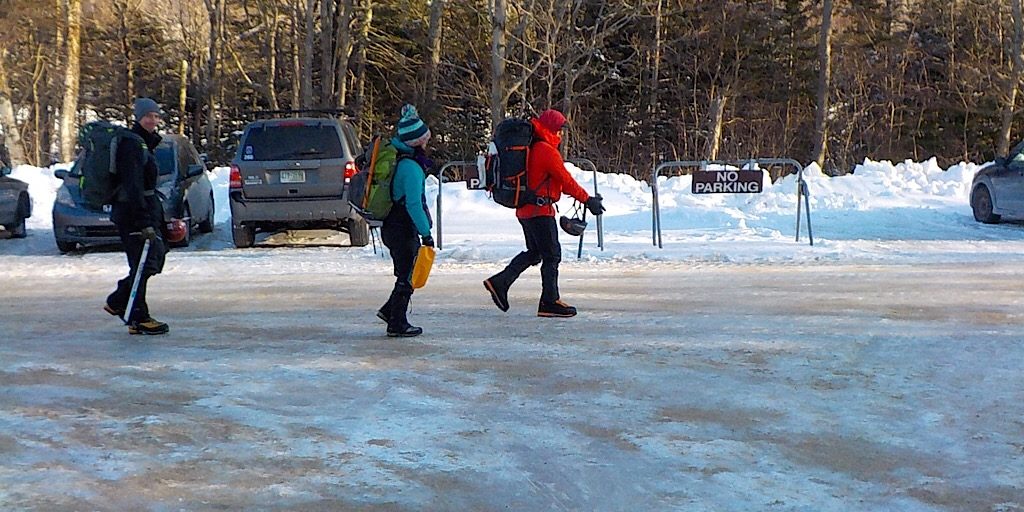 Ryan walks the group out. Due to a lack of snow — it’s early — we train at Pinkham. 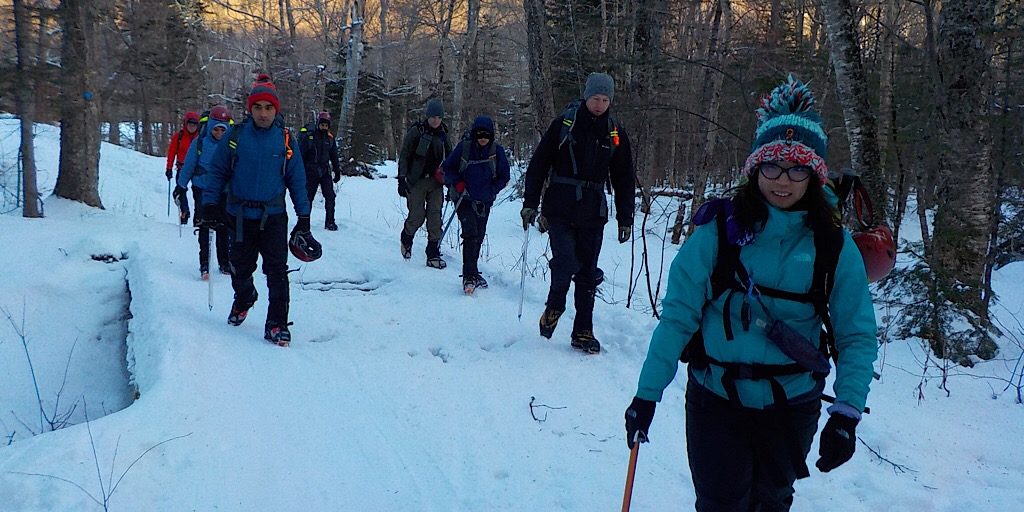 The group makes their way in. 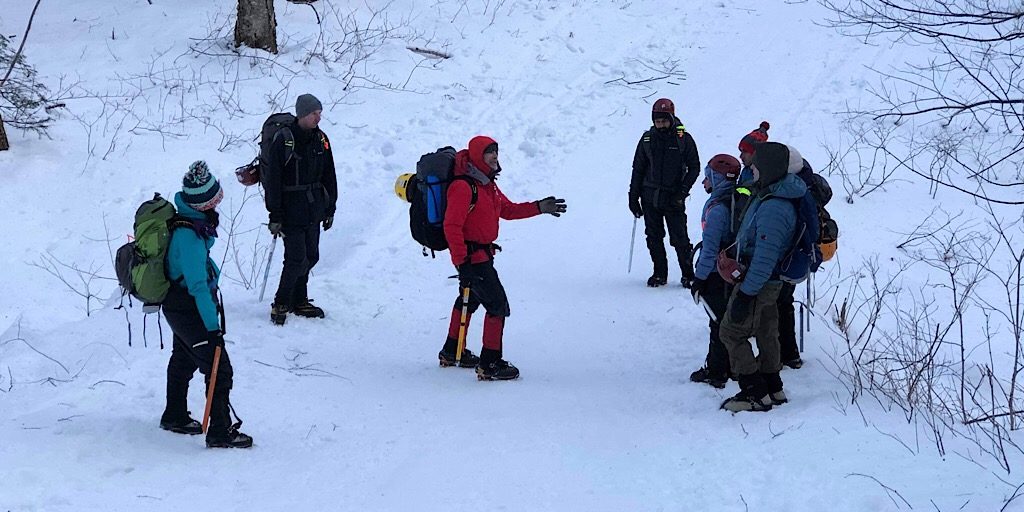 Mike starts right in on the various methods of using crampons, adding a measure of safety to the chaos of bipedal travel. 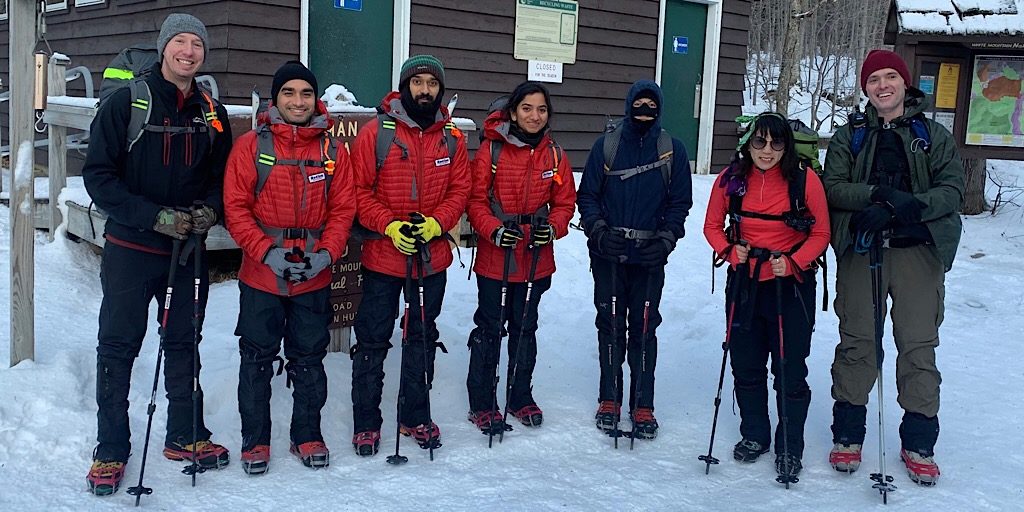 The whole team on the day of their attempt, outfitted, trained, and as ready as they can be. 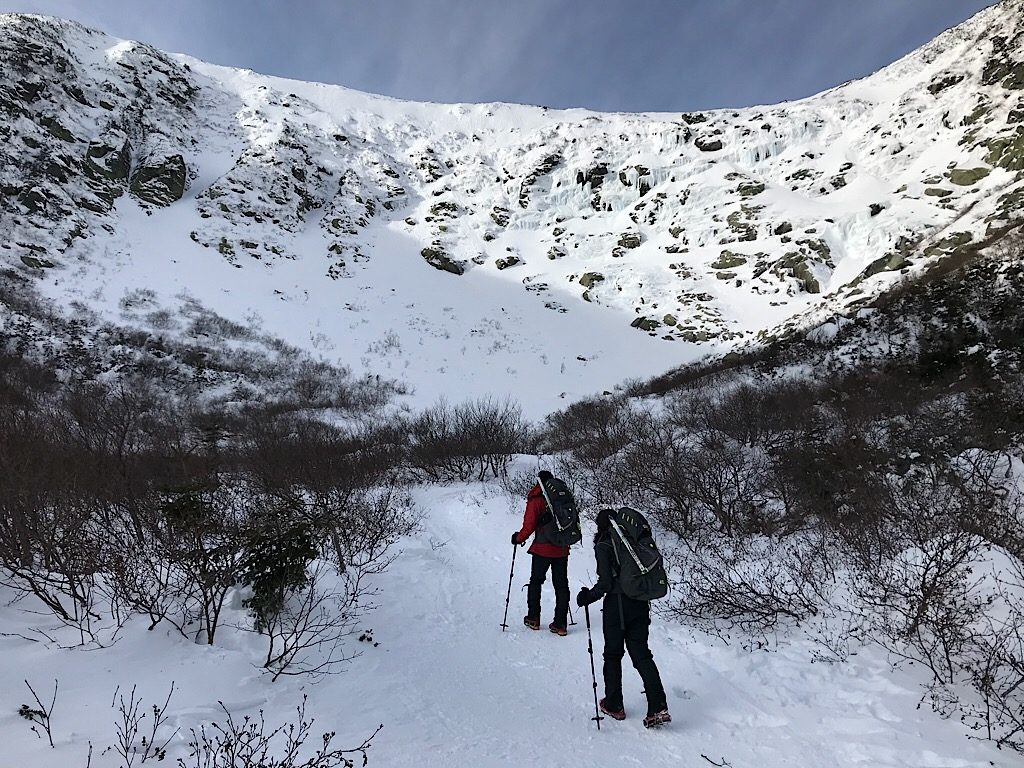 At the Lion Head junction the team decided to split up. Katie takes two to Tuckerman Ravine. 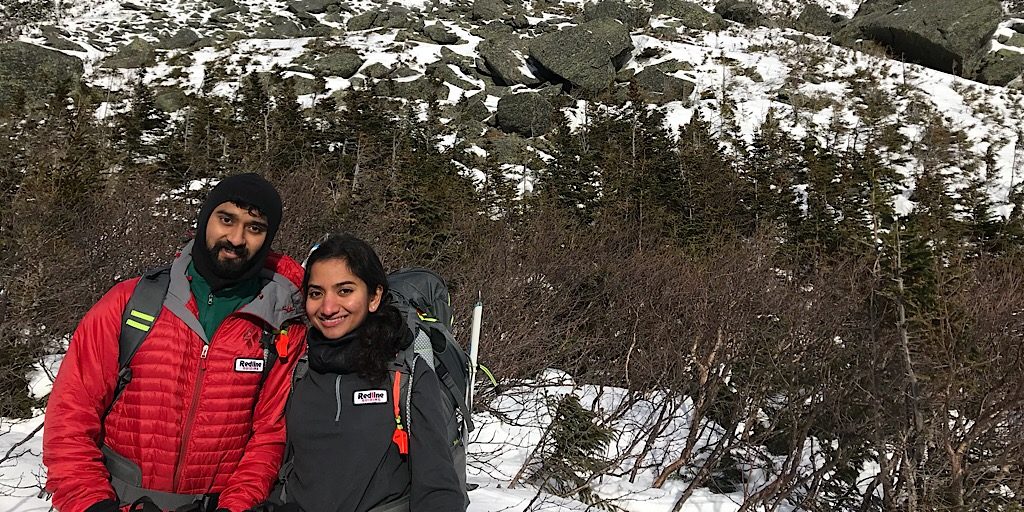 It was a sound decision. This couple enjoyed the Ravine and watching some skiers. 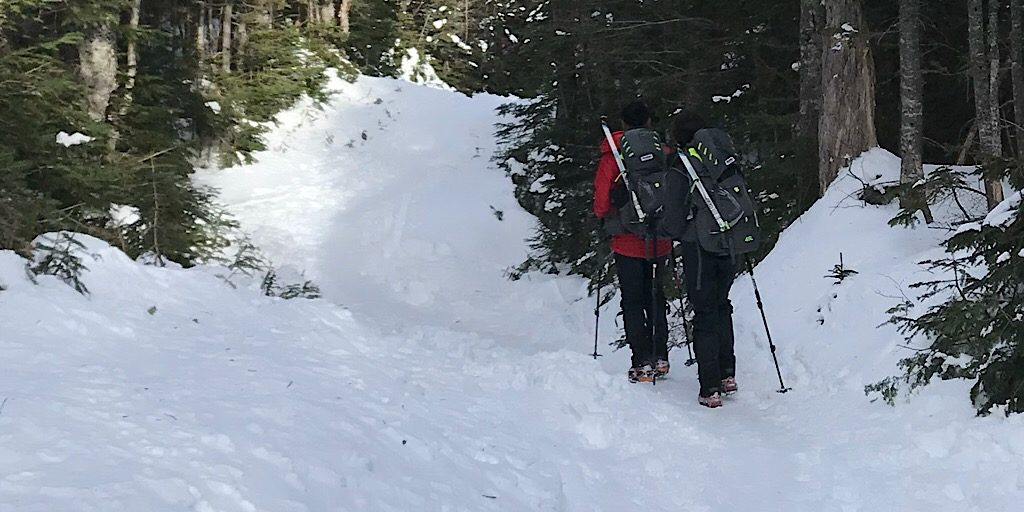 The Tuckerman team heads down. 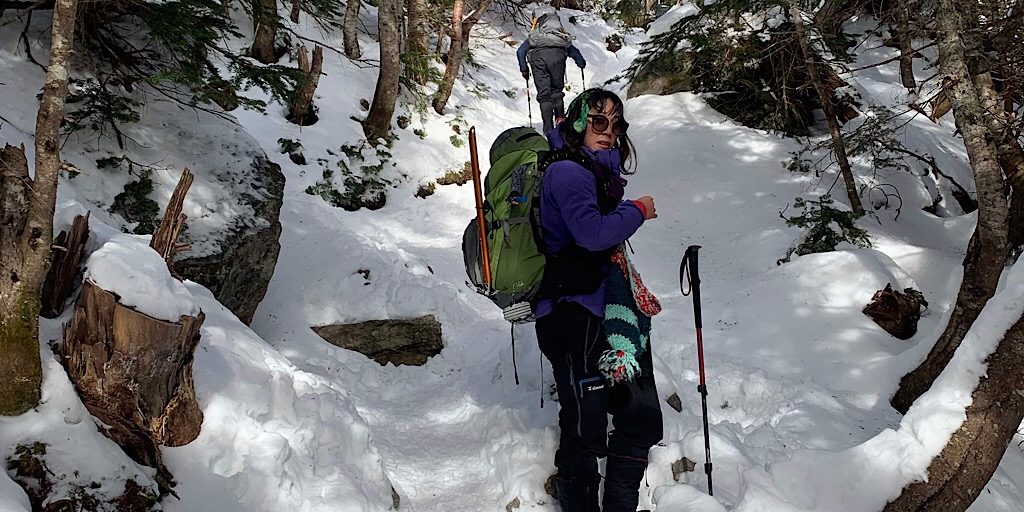 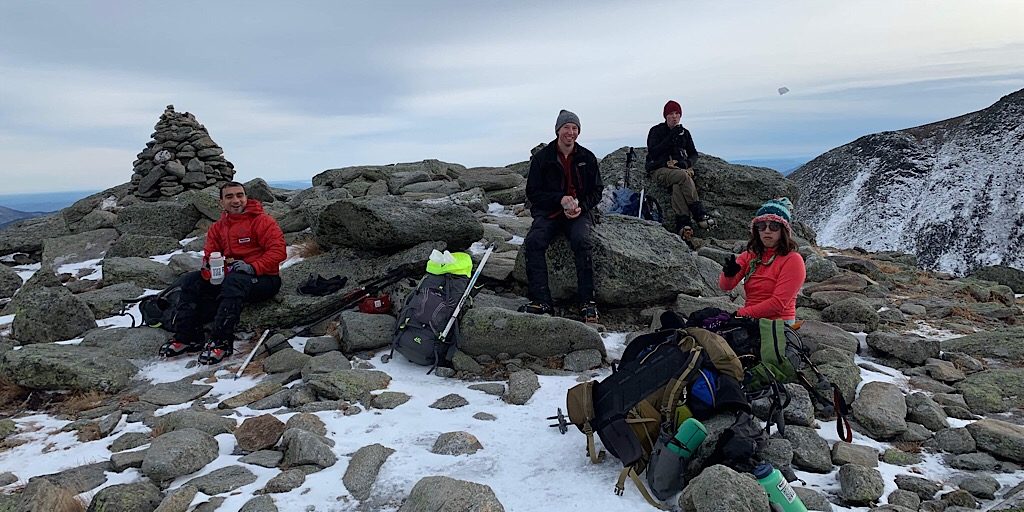 The team takes a break atop Lion Head. One member heads down with Ryan due to boot pain not long after this. 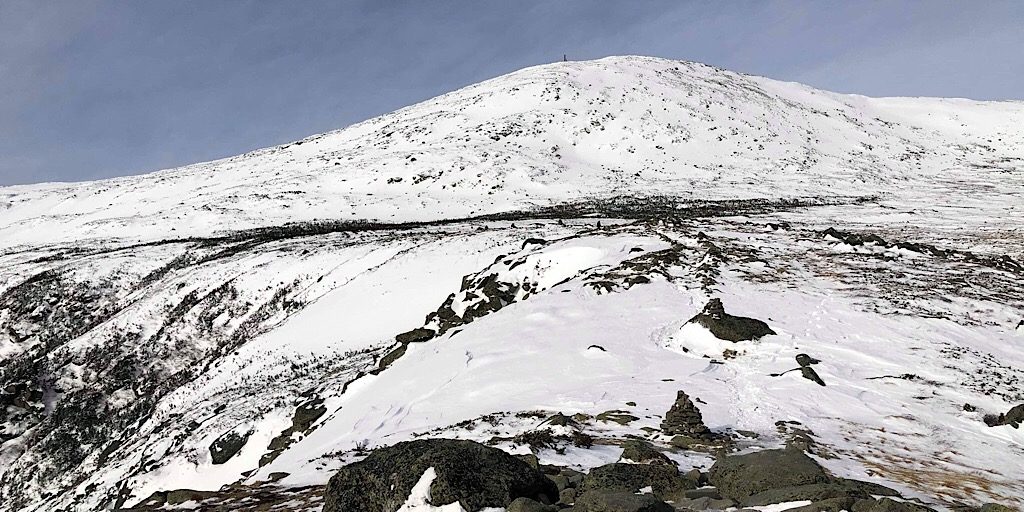 Ken and the remaining four continue onward, their eye on the summit. 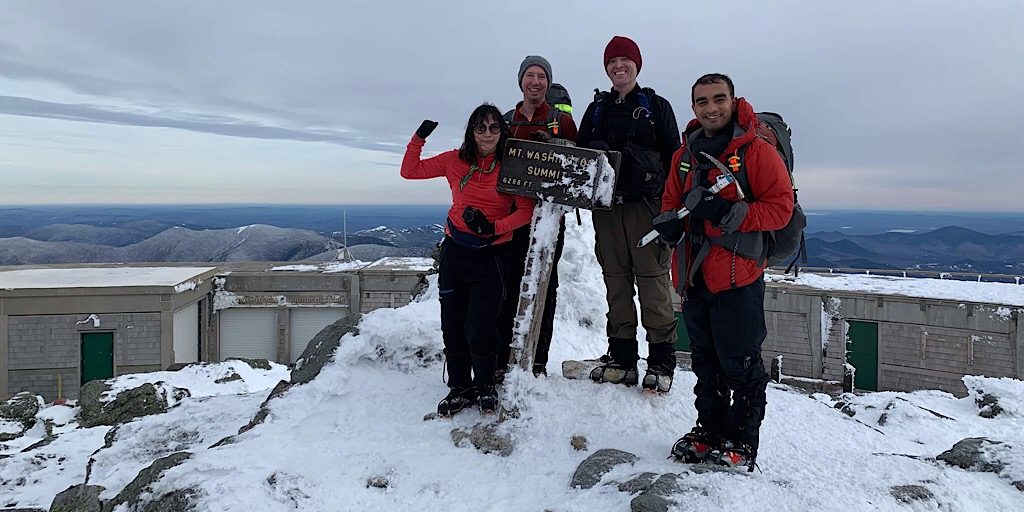 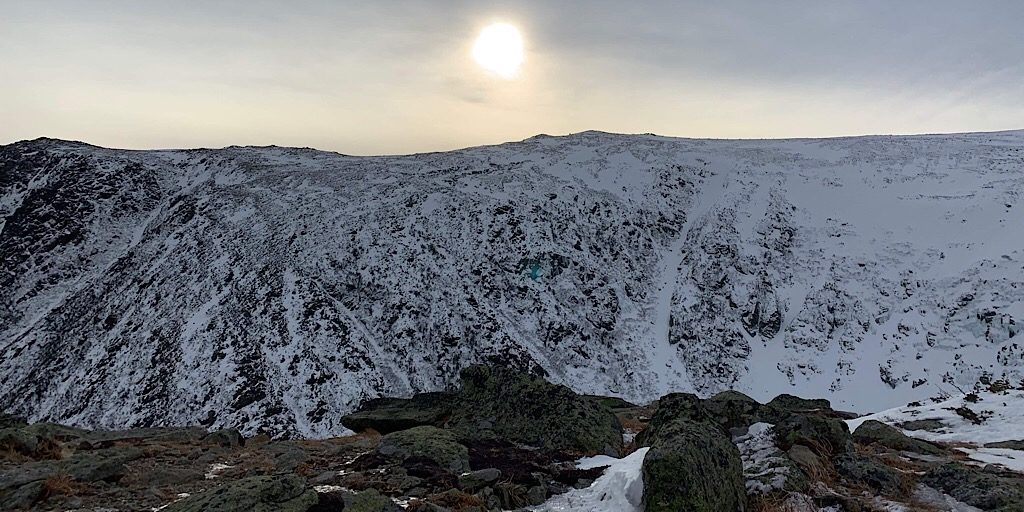 Everyone gets out safely before it gets dark.

Well done one and all. It was a fine first day. Thanks for choosing Ridj-it with Redline Guiding.