[…] views are secondary, hiking the Whites is sublime.

Our returning guest, a former student, wanted a 4000-footer, something on her list — after all, she is working on hiking the 48 recognized 4000-footers in NH. She also wanted to keep the mileage down being that this would be a full-on winter hike during full-on winter conditions, and a winter shakedown hike at that. Given this, Redline Guide and owner Mike Cherim (requested) felt Mt Jackson (4052′) would be a fine choice. He knew the exposure would be exciting, but also limited, manageable, tolerable. The forecast was fairly serious, after all, and was calling for single digit ambient temperatures with strong winds, which of course drive the windchills downward fast. It was one of those days when the big puffy was more accessible than usual. In the shelter of the woods and at lower elevations, however, the brisk temps felt great. It could have actually been colder. The team would have been fine with that.

The sun played hide and seek as they ascended. It played a fair and balanced game but once on the summit, it decided to pretty much vacate the scene. The gauzy clouds obscured mostly everything with an unbiased voraciousness, but they were thin enough to warrant wearing sunglasses or goggles. It doesn’t matter, though, views are secondary, hiking the Whites is sublime. The clouds, the sun, the snow, and the wind… all of it aided the amazement, the beauty, and the awe it inspired.

The team layered up before the summit then briefly exposed themselves to the winds and cold. The winds weren’t at all crazy, though, not like that which was forecast for Mt Washington (that weather is nuts). The “scrambles” some fear as one approaches the summit were filled in with snow and were an easy walk-up with snowshoes; worn all day without regret.

After their time of inspiration on the alpine summit, it was time to descend back into the trees skidding a few times as they went attempting to snowshoe glissade. Once safely below they took a break, de-layered some, and Mike produced a thermos of piping hot tea and a couple of cups from his pack. This was well received — just as well received as the treats enjoyed by the gray jays the team shared the day with. Also, well received was running into other past/current guests on trail.

Here are a few photos of the snowshoe hike. 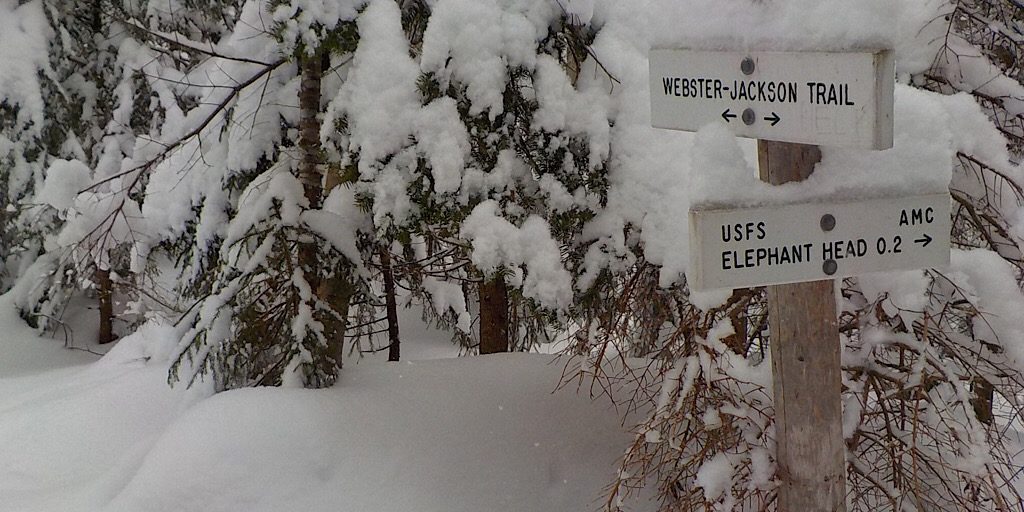 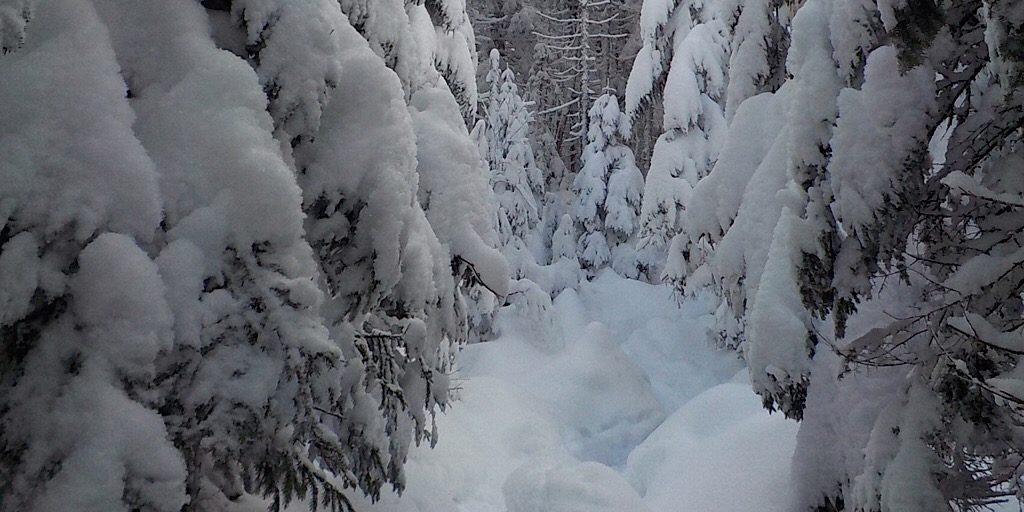 The snow was pretty deep and awesomely fluffy up high. 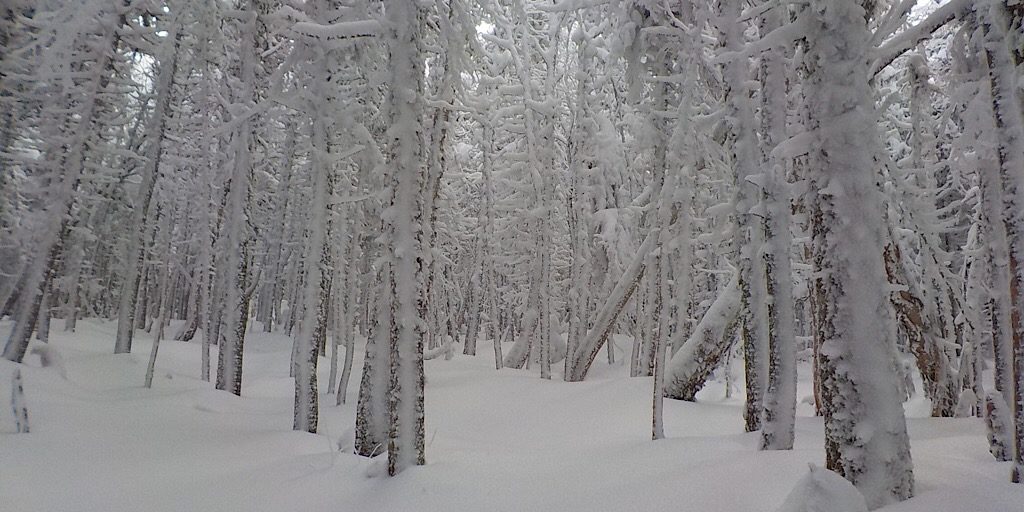 It’s magical, as if a thousand elves went nuts with their Bedazzlers. 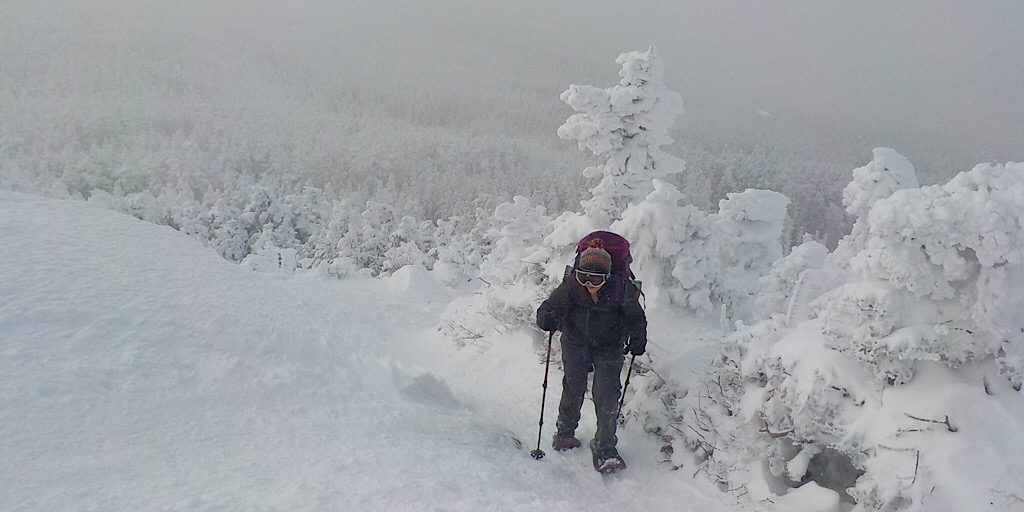 After layering up the team approached the exposed summit area. 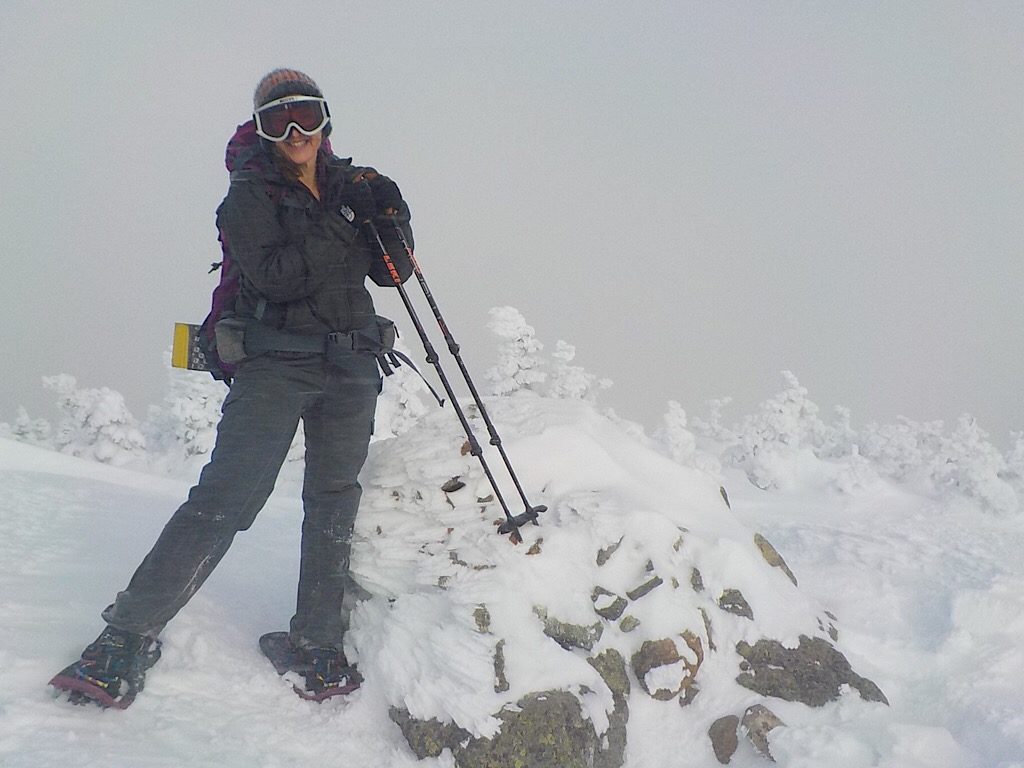 Our guest on the Jackson summit. Her number 15 out of 48. Congratulations! 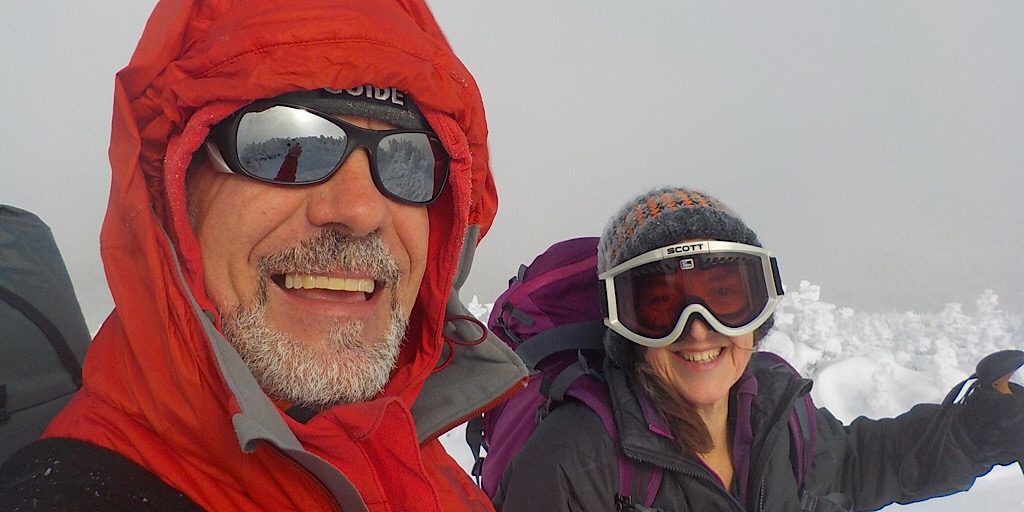 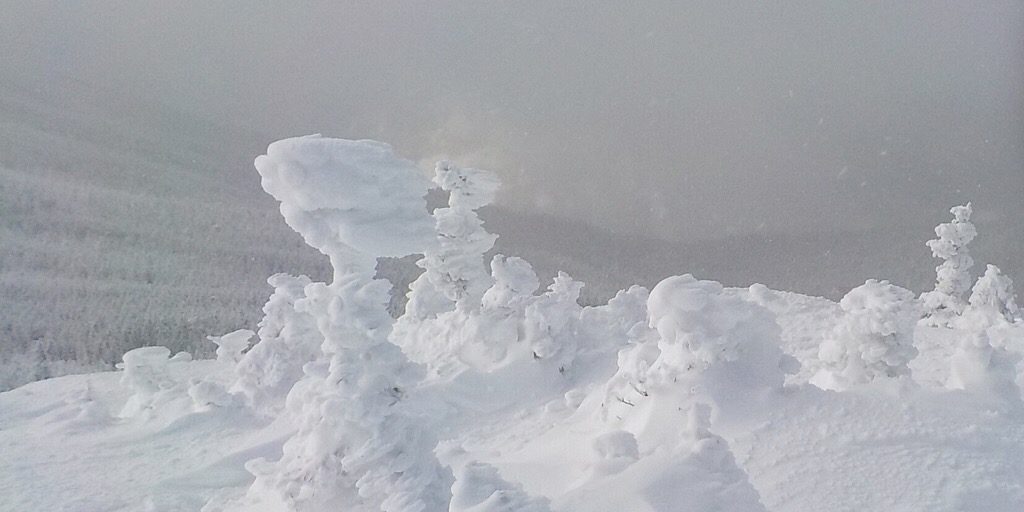 It was time to go down. 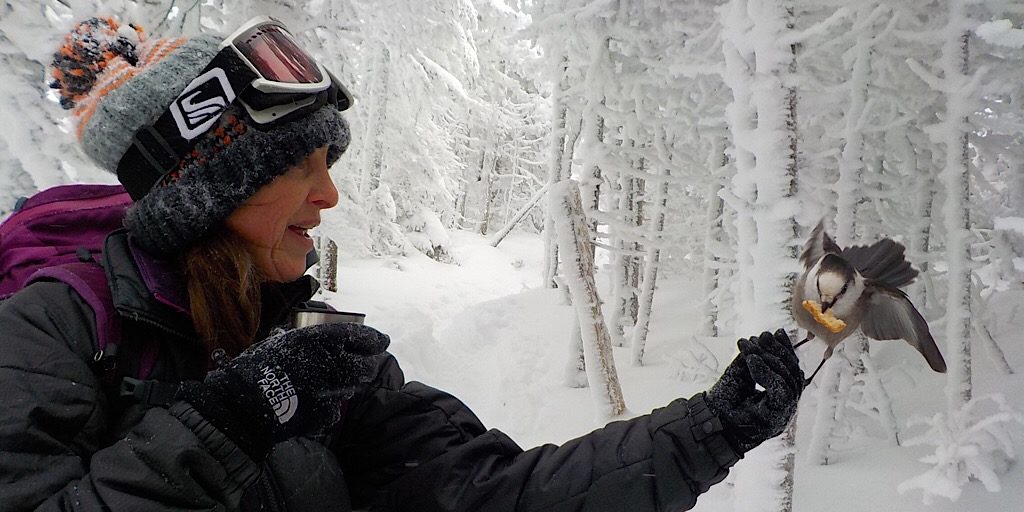 Tea and crumpets with the gray jays. With all due respect to LNT, this is what they do and it is a cool experience. 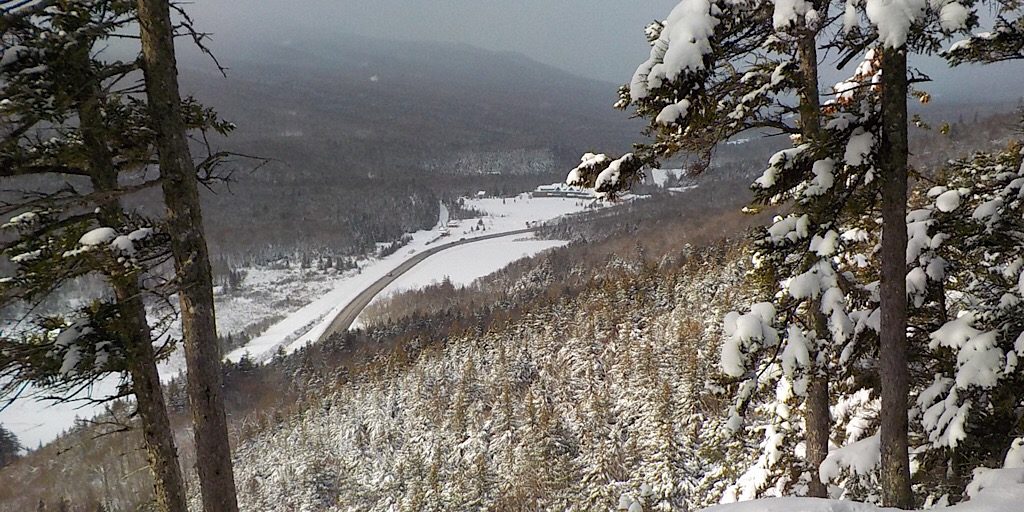 Almost down, the team checks out Bugle Cliff and its near gateway view.