We had a couple of recent trips where the conditions were far less than favorable, which is an important safety consideration for an exposed peak like that of the 6288′ Mt Washington — top dog of the NH 4000-footers and tallest mountain in the northeast. Being that this mountain is also home to the world’s worst weather, none of these awful winter conditions are much of a surprise. What is a surprise was the weather on yesterday’s trip led by Redline Guide Ryan Mcguire. The sun was strong and bright, the winds calm, and the skies bluebird as they say. An atypical day atop the snowy winter Rock Pile. So much for “In like a lion, out like a lamb.” This March first was very lamb-like.

It was mention of this unusual weather window by owner Mike that sealed the deal, so to speak, for our guest from Pennsylvania. His hesitation about making such a long and committing drive came to an end once he saw how awesome it was going to be. Hesitating no more he drove up geared up and ready to hike, poised to finally knock this particular item off his bucket list. Fit, fast, and able, though Ryan did help him sew up some loose end, so to speak, when it came to the use of some of the day’s specialty gear. Our guest had climbed Mt Rainier, but that had been twenty years ago.

Starting at seven we made quick work to the start of the Lion Head Trail reaching it in just forty minutes. From there we donned our crampons and took out our ice axes, making our way up the “steeps.” It was definitely more challenging than anticipated for our guest, but he was making it up. He was starting to feel it, some, but we took our time navigating those demanding and tricky sections. Soon we made it to treeline. By the time we got to Lion Head itself the full force of the wind could be felt. That said, it was only blowing thirty or so, but building. Our guest was still feeling good and we made efficient work up the summit cone, the winds now steadily blowing all the way up. He was elated to make it to the summit and after my congratulatory handshake he said he couldn’t have done it without the my help — hearing this felt great. This is what we aim for. We got our summit photo taken at 10:40 AM, being the first to summit for the day, then we found a spot to get out of the wind and have a snack, some water, and to enjoy the area for a solid ten minutes. After making quick work on the way up, we now descended but at a slower, more relaxed albeit steady pace. We made our way back to treeline after passing a parade of people going up. We then put on our helmets, again grabbed our ice axes, and took our time carefully navigating the steeps on the way down, taking time to demonstrate proper technique and to provide some coaching. We made it back to the first aid cache and took off our gear, then enjoyed a brisk walk back down to the visitor center where the day began. —Ryan 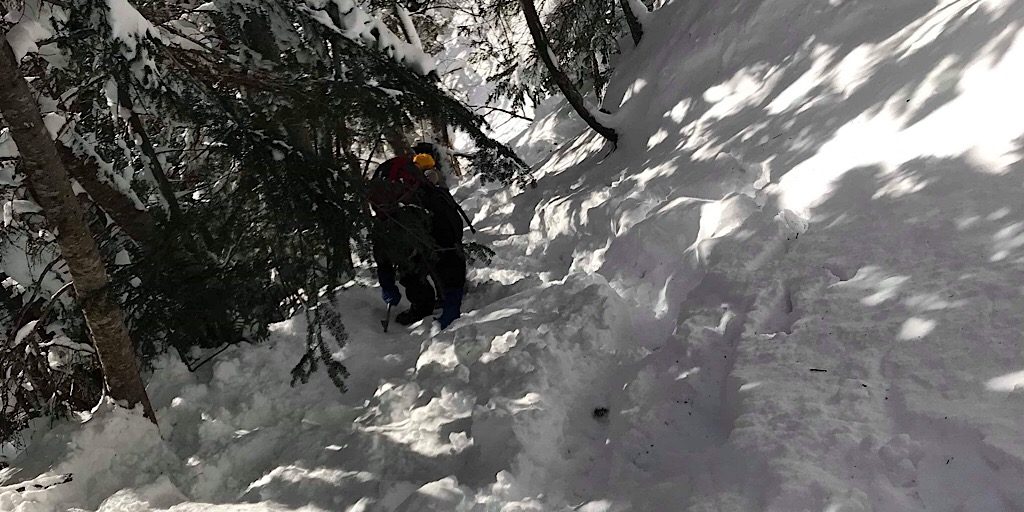 Negotiating some of the steeper sections. 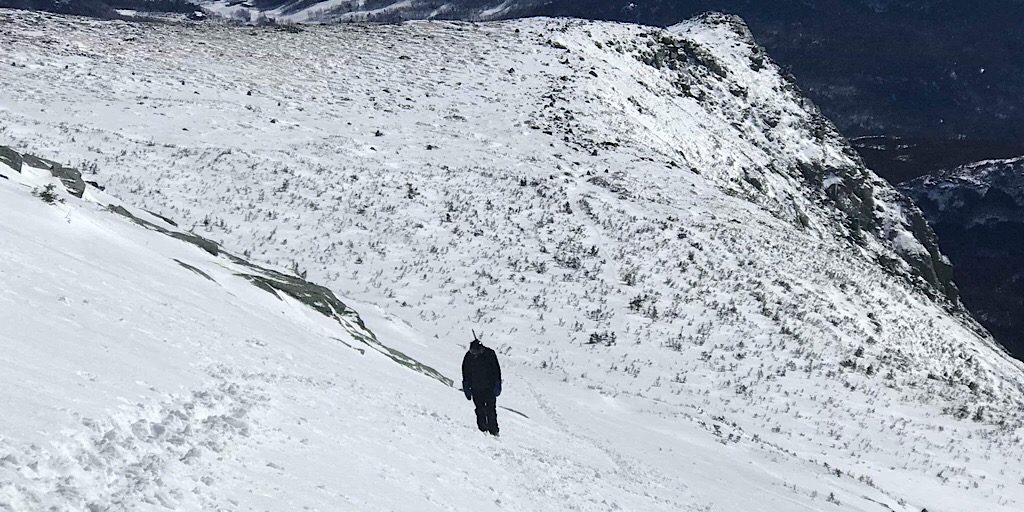 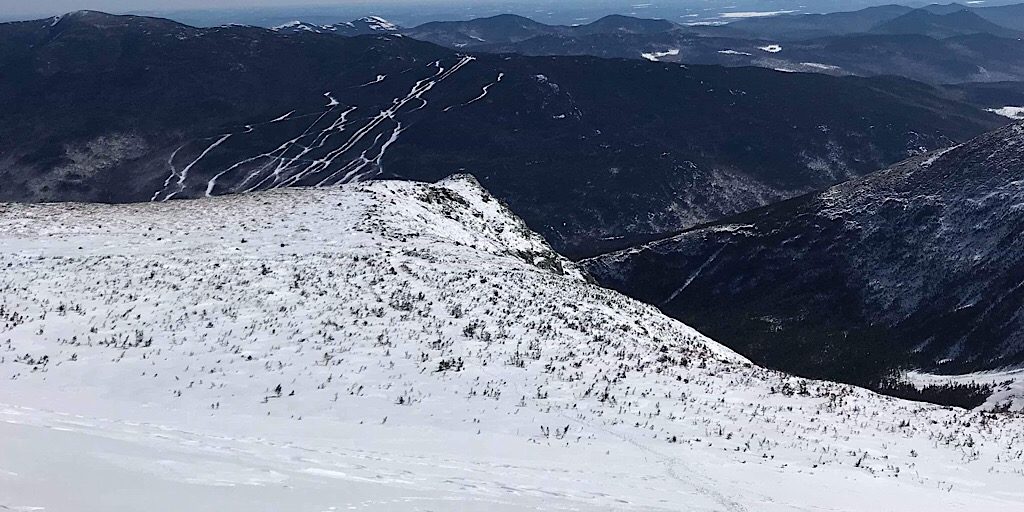 Looking back at Lion Head. 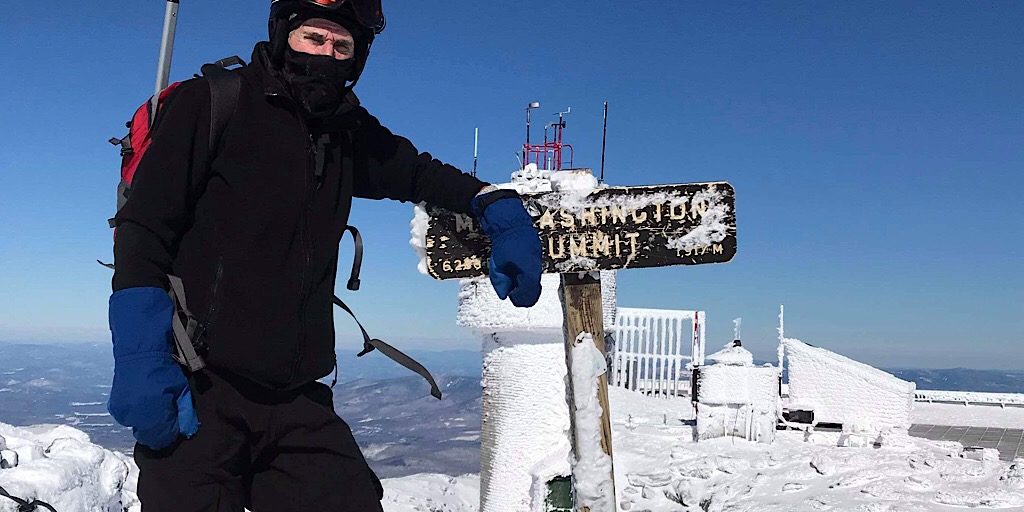 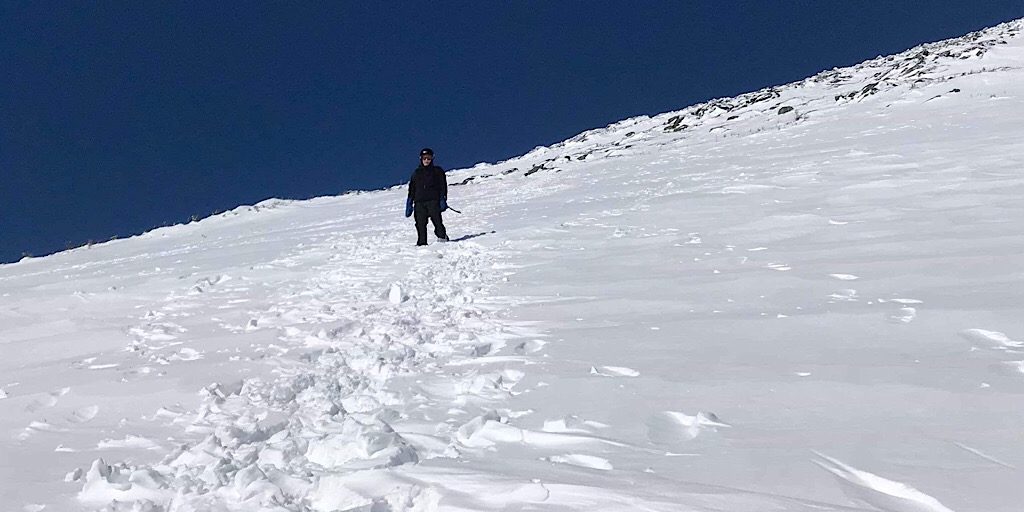 Plunge stepping off the cone. 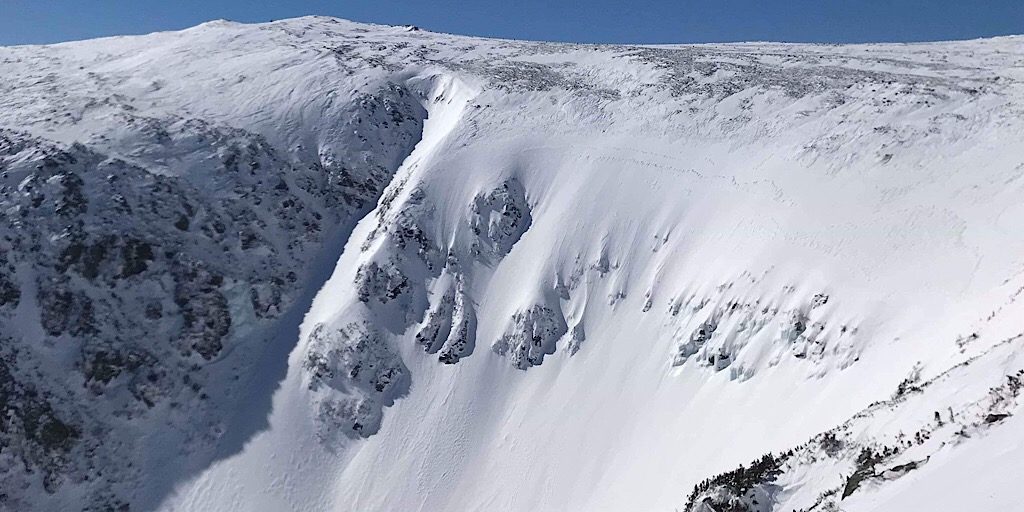 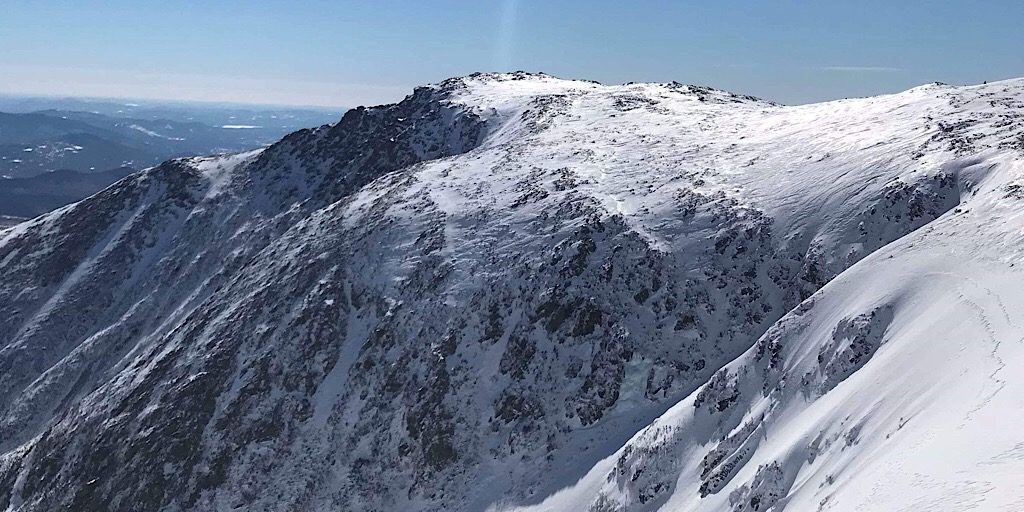 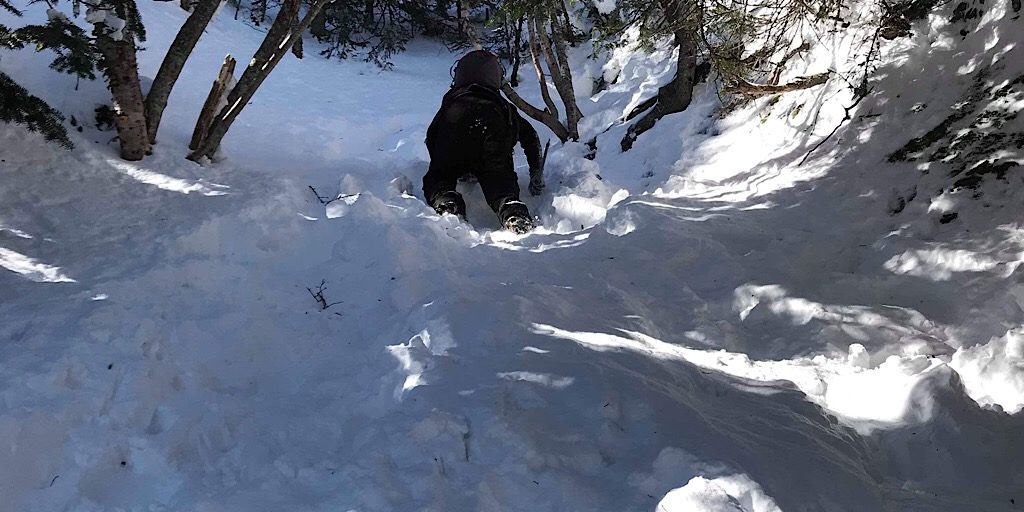 Making their way down.