It’s one thing to hike Mt Washington for your first time, let alone do it in winter, now you want me to do it during a blizzard?!
—said one of ’em

When people book a tour with us and the weather is crappy we can sometimes be flexible and change the hike to a better day. Sometimes. In other times the team we’re leading can’t be flexible themselves. For them this is the day and it was selected weeks ago. Reservations were made, deposits paid, their precious time allocated. No matter what, it’s on! That’s how it was for the adventure carpooling team from Ridj-it this past weekend. Boy, did they get stuck with some weather. The media outlets were calling the approaching storm “Snowmageddon” and this was not fake news. The entire northeast was battening the hatches, stocking their collective liquor cabinets, and bringing in extra firewood.

The team was antsy but they headed north in the wee hours of the morning after waiting much too long for their rental car. Their drive up was uneventful; but it wasn’t snowing yet. Saturday, in fact, was nice. The concern was over Sunday’s ridiculous forecast which was calling for one to two feet of snow. Some of the members, worried about the drive, the mountain, or both, were talking about bowing out — and two members unfortunately did in the eleventh hour — but those who initially entertained thoughts of surrendering to the storm didn’t. They stuck it out. It was a tough decision for some. Mt Washington has a wicked reputation. People have died there. A lot of them over the years. It is notorious for its weather, most notably its fierce winds. As one member put it: “It’s one thing to hike Mt Washington for your first time, let alone do it in winter, now you want me to do it during a blizzard?!” We get the concern.

The training on day one went well and that helped. Redline Guides Jeffrey Shutak and Ken Hodges took the team to our proving grounds for some mountaineering skills training right after lunch. The morning was spent at the Eagle Mountain House in Jackson where owner Mike Cherim led a multi-group winter skills course. The training went so well, in fact, those who were worried found a greater confidence in their guides as well as in themselves. This was part of the reason those who stuck it out, did. We also assured our guests that safety is our first responsibility. We go as far up the mountain as time, prudence, and common sense allows. We told them we’d probably be going no further than Lion Head (and that’s what all but one did). One member of the team stayed at treeline with one of our newer guides, Cindy Zhou. Cindy was shadowing Ken and Jeffrey to further her training. (Thank you for helping out, Cindy!) Now check out these photos: 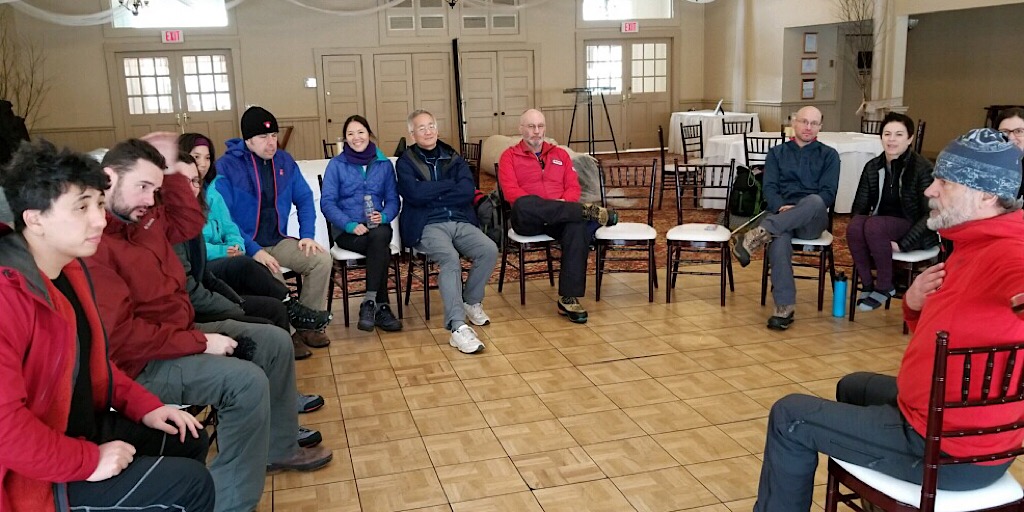 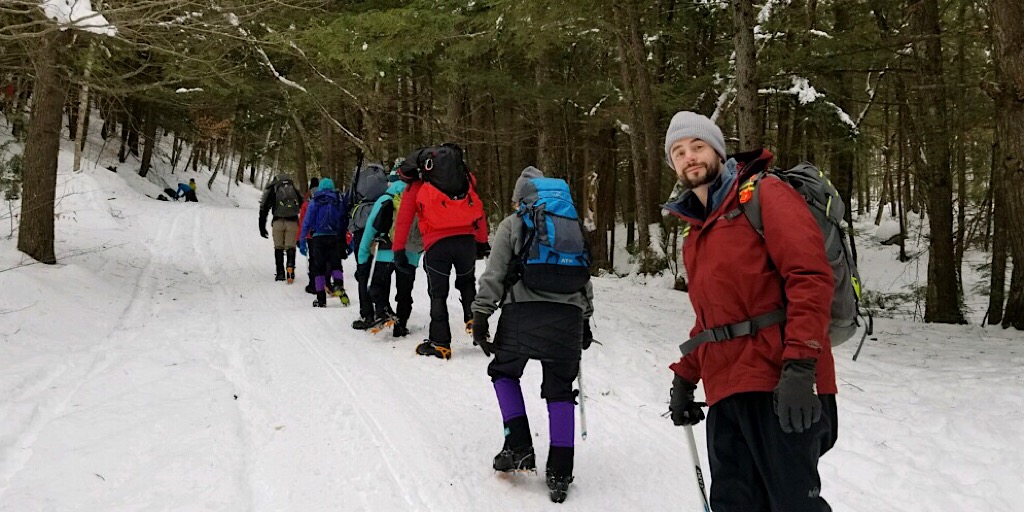 Off to the training grounds.

Day two finds our team in the boot room at Pinkham Notch ready to roll.

Avalanche danger is Considerable. This seems likely to be an understatement. 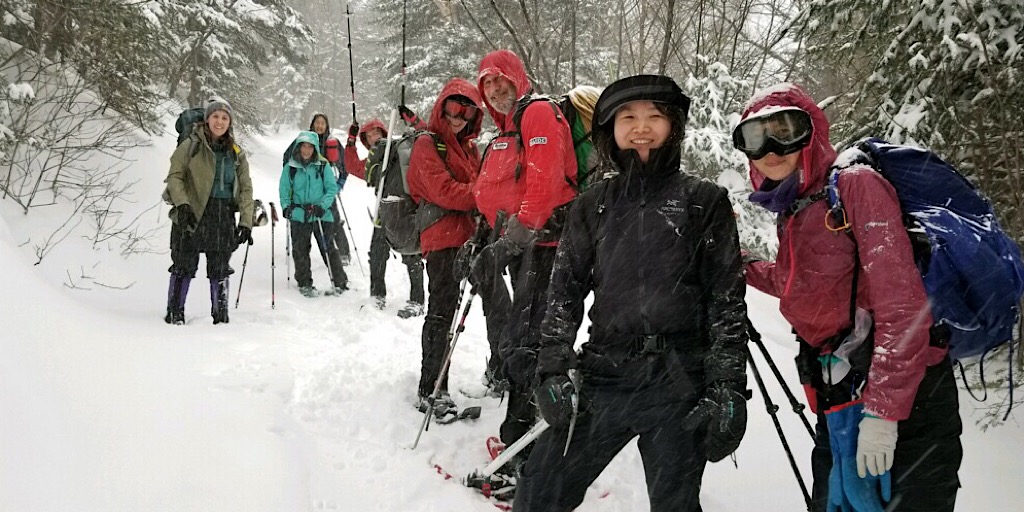 The team making their way upward. 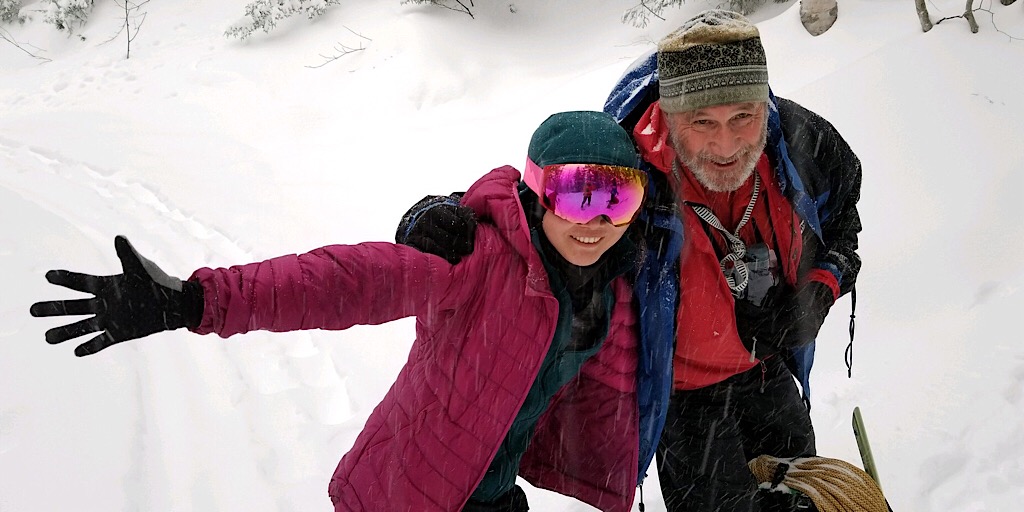 This tour was Jeffrey’s lead. These two were his support crew. 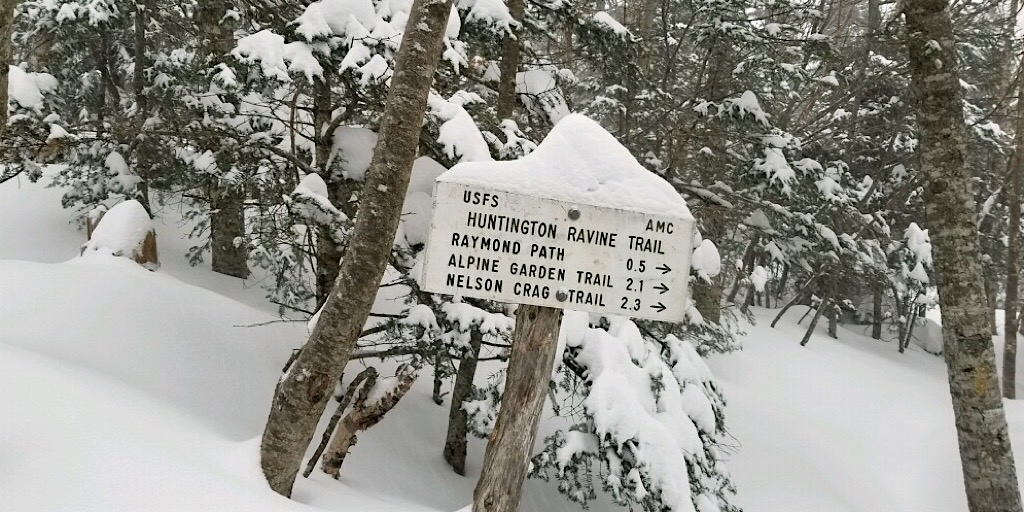 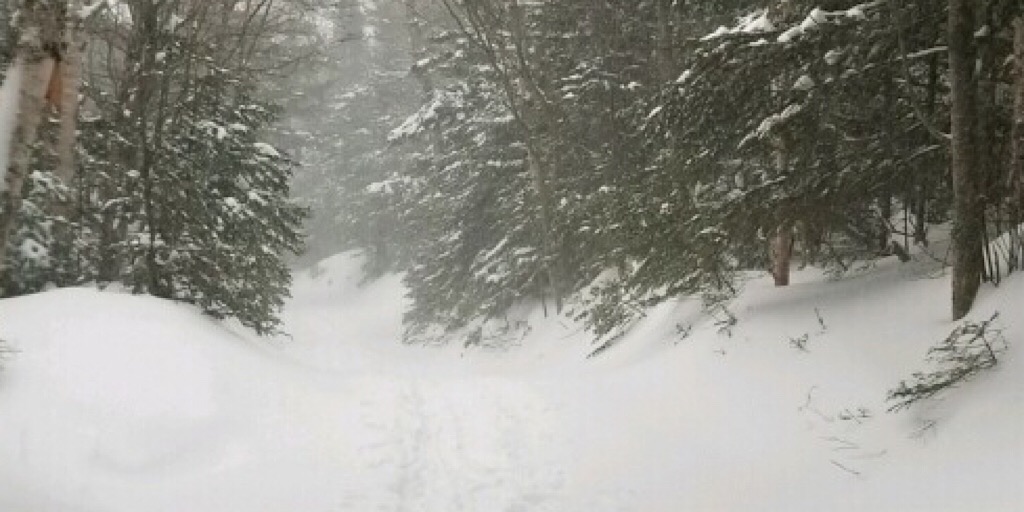 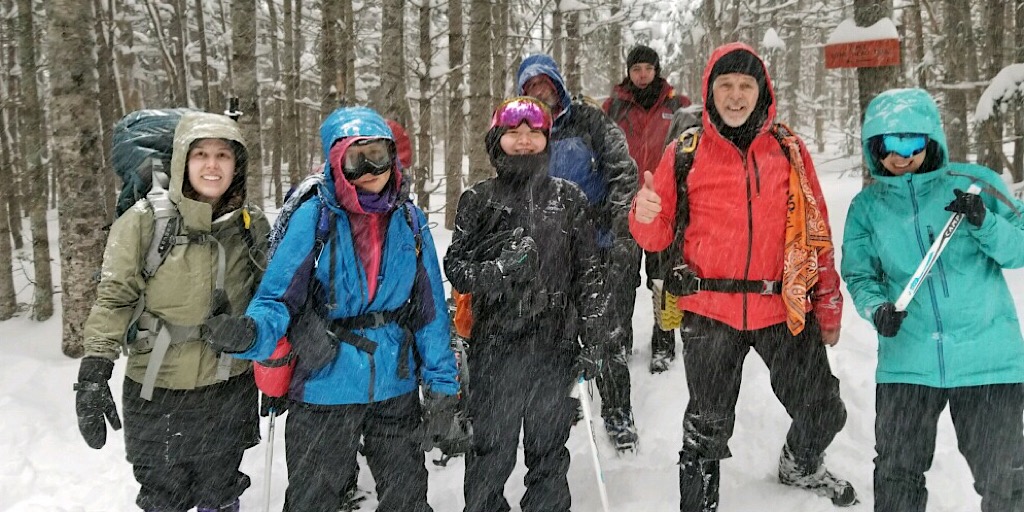 Action time, the training was for this. Bring on the steeps. 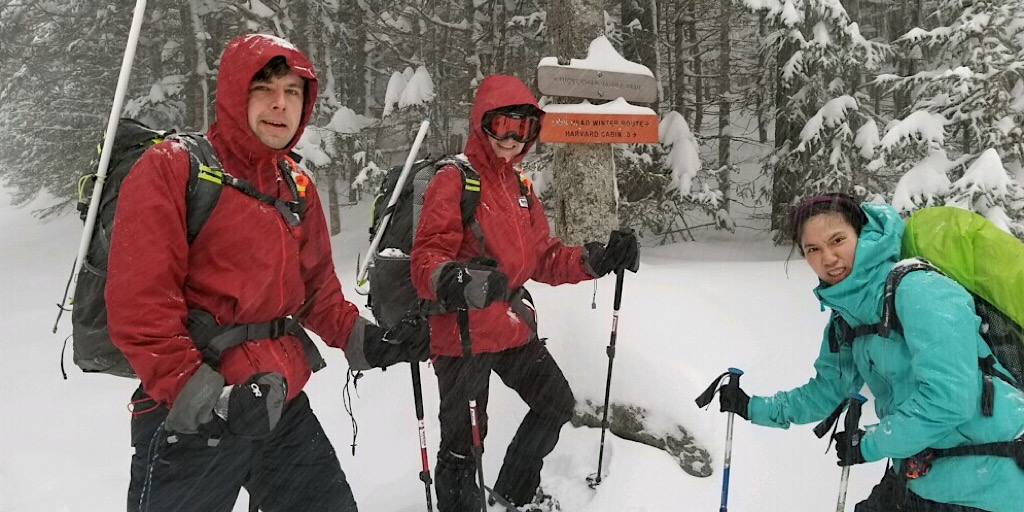 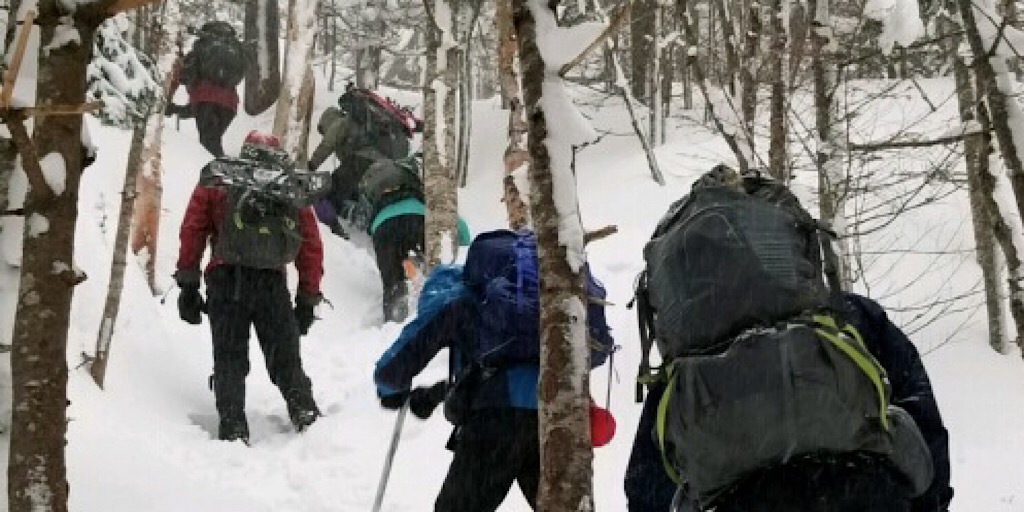 Now begins the heavy lifting. Perfect after a slog. 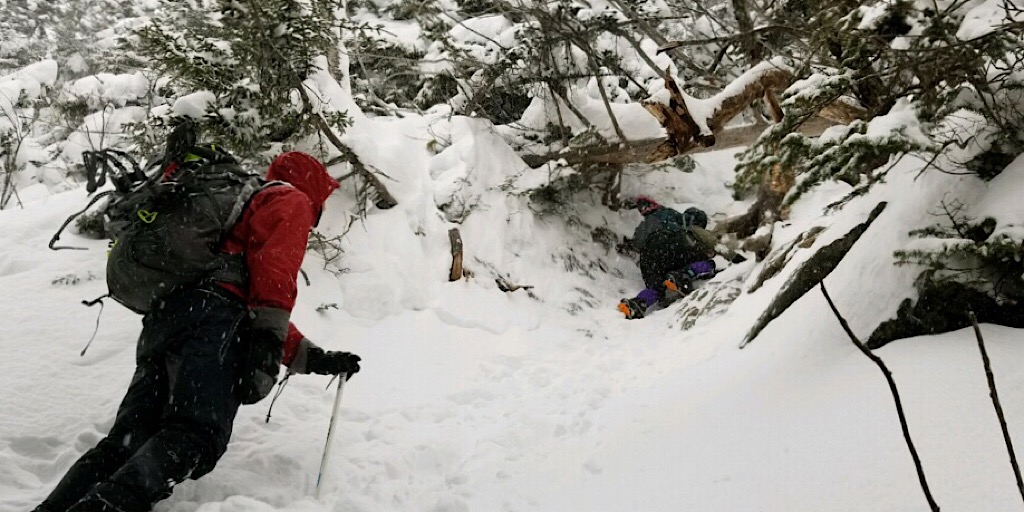 The first of four lite-technical pitches, the “Hillary Step” is lovingly so-named because… 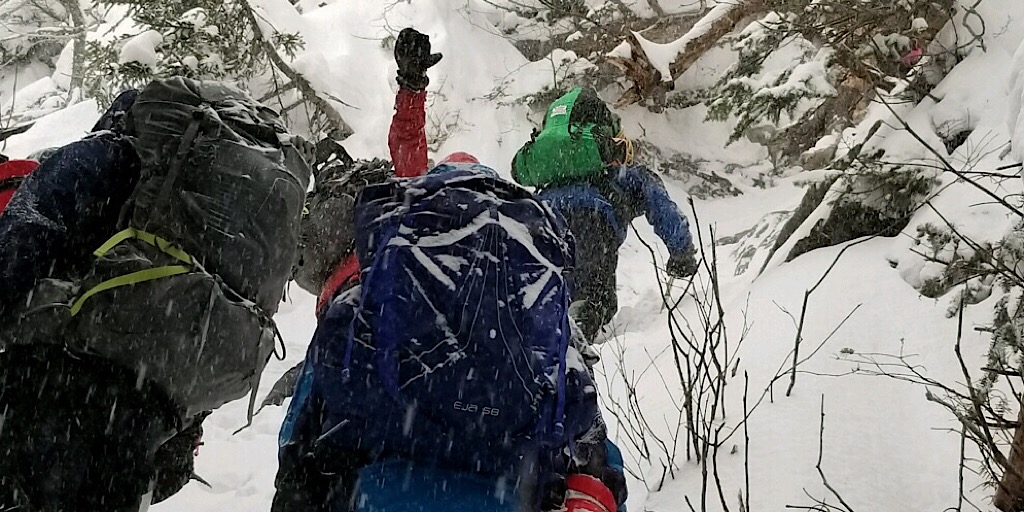 A bottleneck often forms here. Just like the one on Mt Everest. 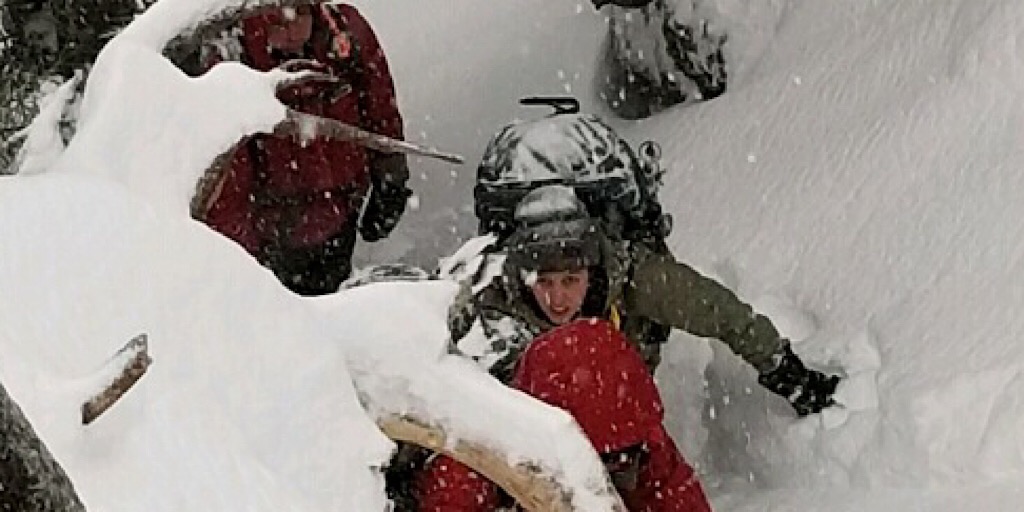 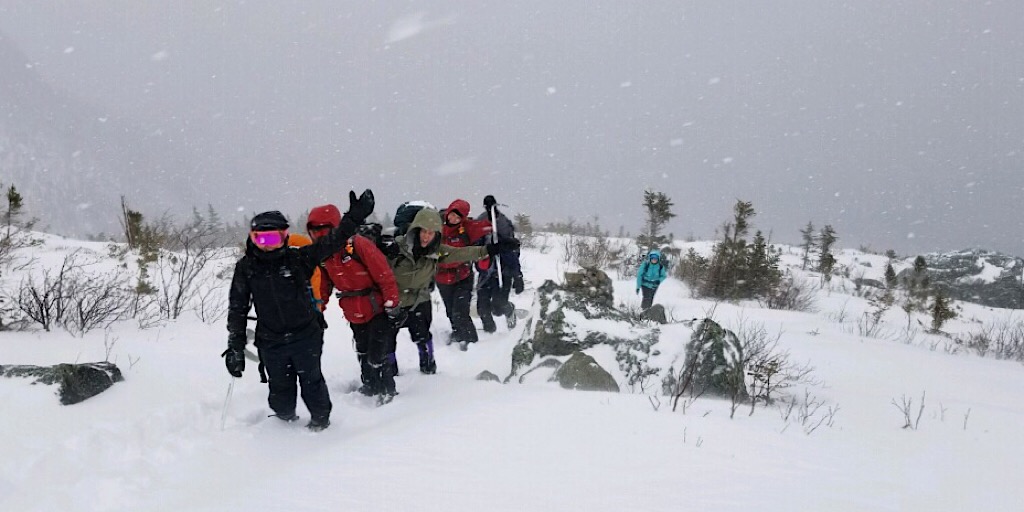 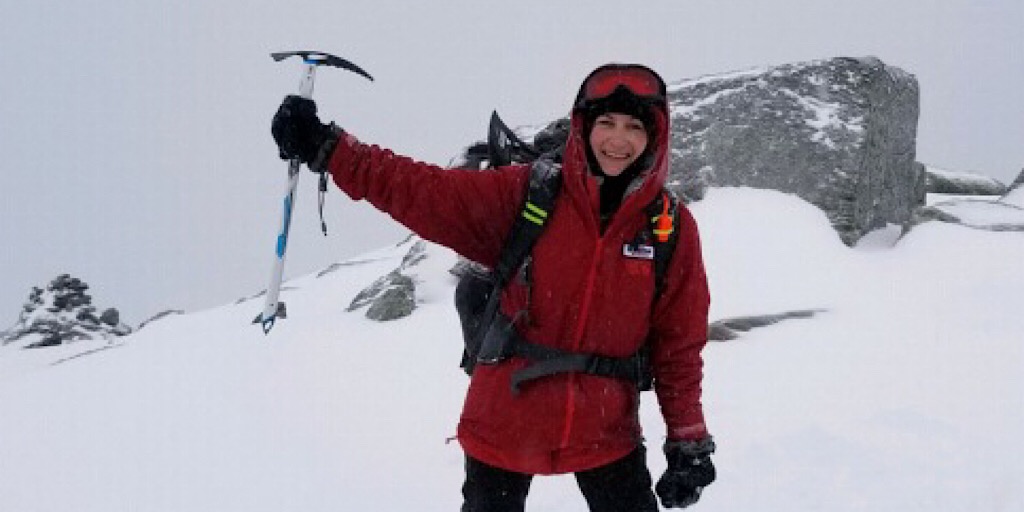 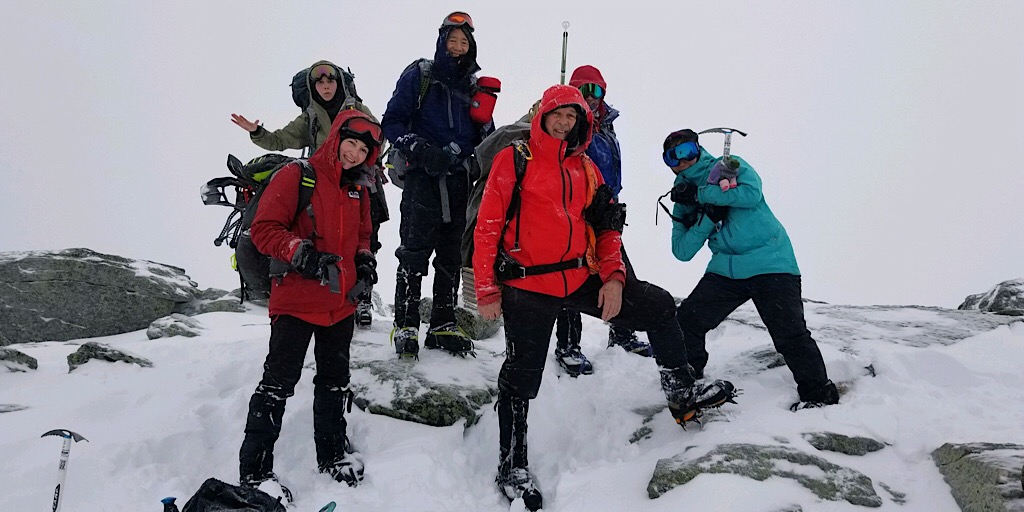 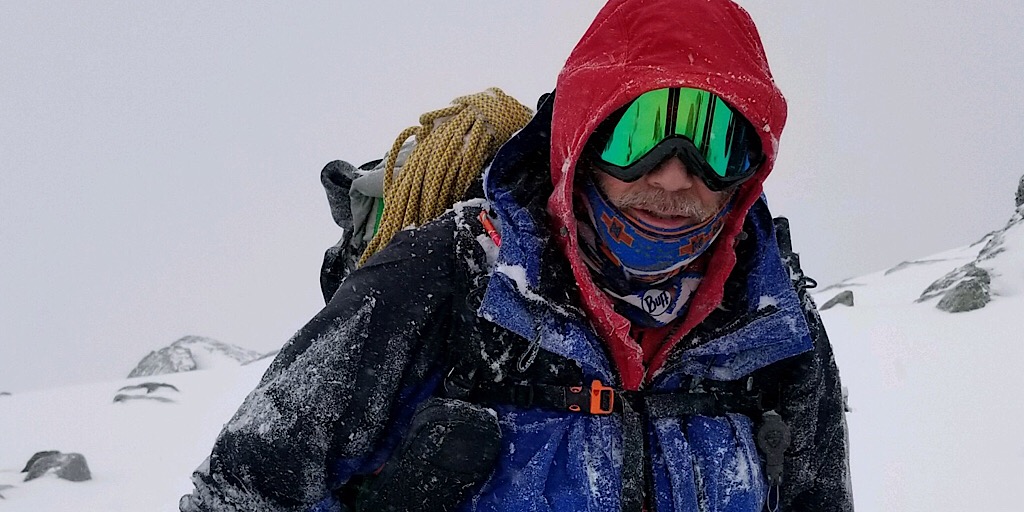 Well done one and all, Jeffrey, Ken, Cindy, and the Ridj-it team. Thank you for choosing Redline Guiding!