Redlining — hiking all of the trails in the AMC’s White Mountain Guidebook — was one the objectives of a returning guest and ultrarunner Monday. The other objective was to winter summit the 6288′ Mt Washington and to do so via the classic Lion Head Trail’s “winter route” (the standard routing closes due to avalanche danger).

The redlining part, initially, was to include needed sections of the Alpine Garden and Nelson Crag Trails as well as Old Jackson Road. The team, led by Redline Guide Ryan Mcguire, decided, however, that due to the hour of their arrival on the summit and the anticipated difficulty of the unbroken Alpine Garden and Nelson Crag Trails, coupled with strong alpine winds, they would instead be wiser to drop back down the Lion Head Trail then head back up Tuckerman Ravine Trail as far as the start of Raymond Path and redline it since it, too, was a trail on our guest’s to-do list.

If you’re thinking that this might have been the easy way back, it wasn’t. Raymond Path, like the aforementioned alpine trails, was unbroken. Entirely as expected. It, was, however, a safer, more prudent choice as the entire route is well below treeline. It was a sound, boots-on-the-ground decision and we have to hand it to Ryan and our guest for making it.

Jackson Road, which is part of the Appalachian Trail (AT), is pretty well traveled during some months, but in the winter this ski/hiking trail isn’t heavily used so that, too, required the significant effort of our duo to break it out with their snowshoes. It was a tough hike, they finished a little after dark, the entire adventure lasting ten-and-a-half hours, but they got it all done and both had an excellent time. Here, some photos will tell the rest: 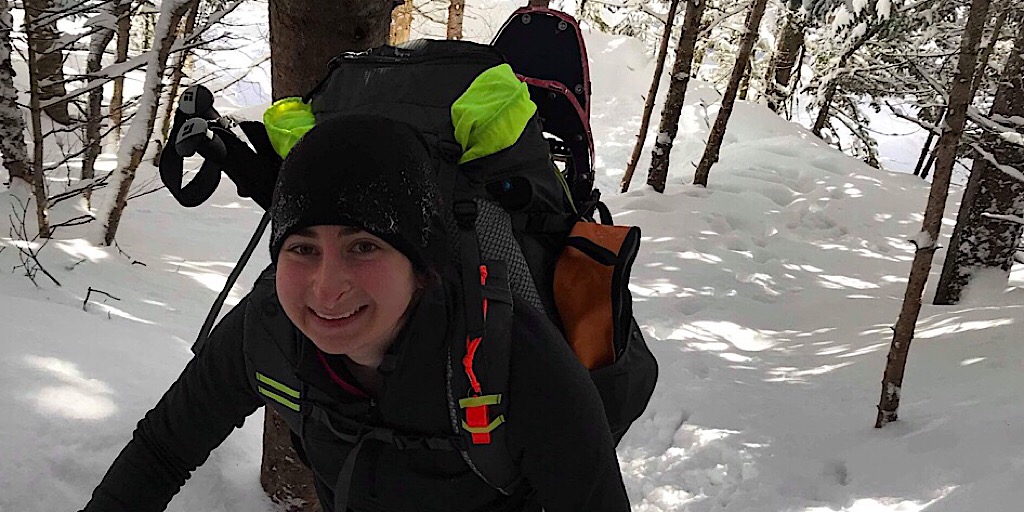 Let the fun begin. Photos by a Ryan. 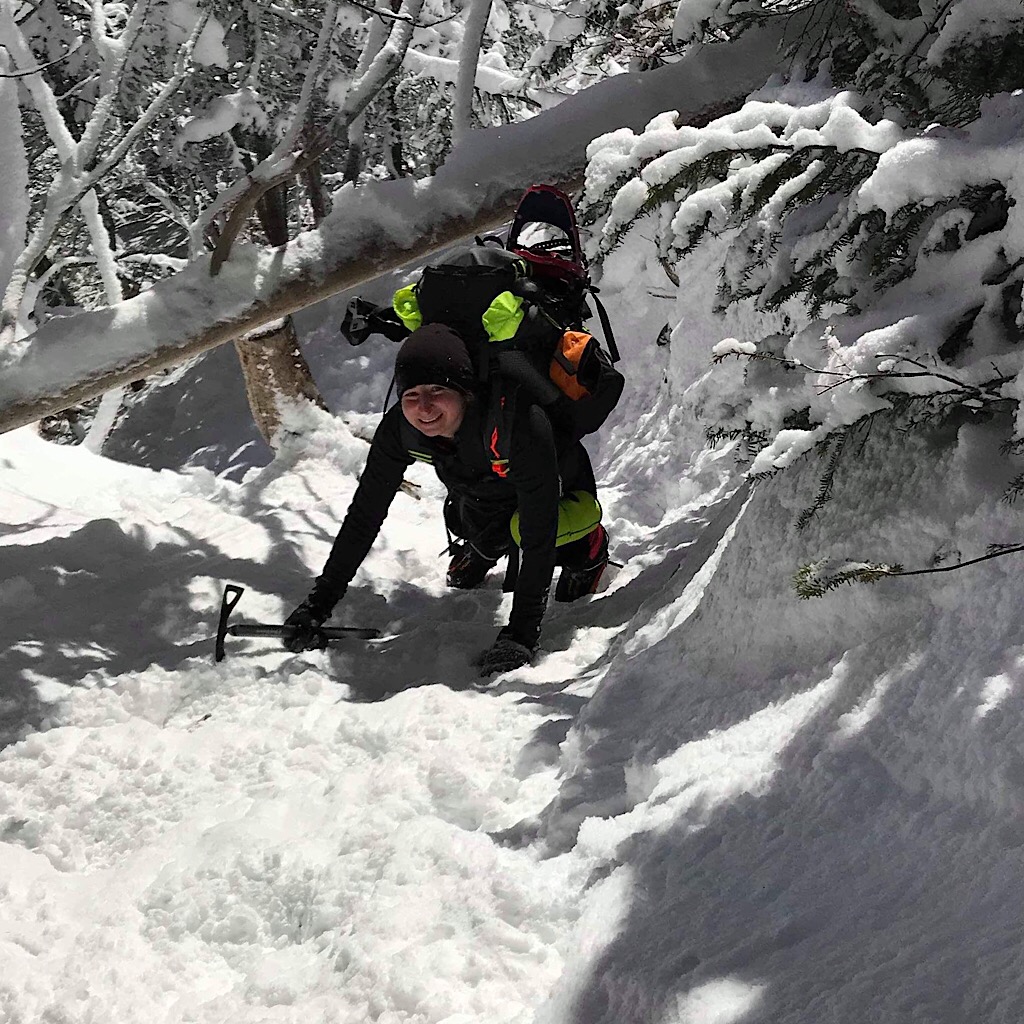 First of the day through the “Hillary Step”. 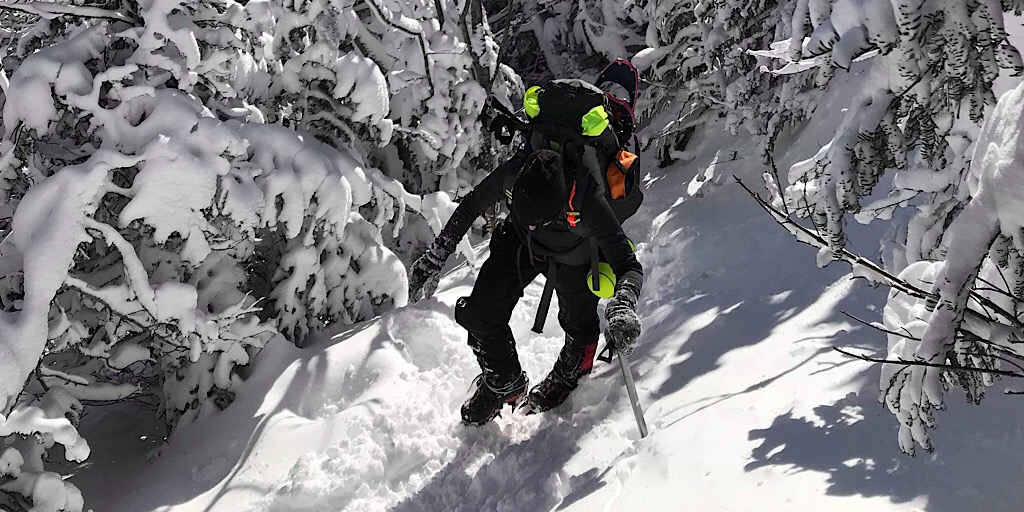 Beginning to clear the trees. 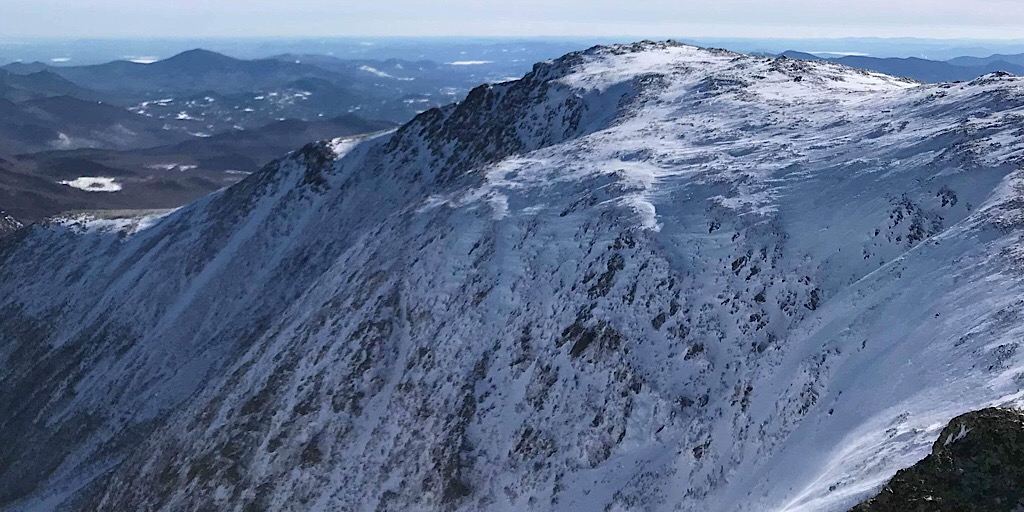 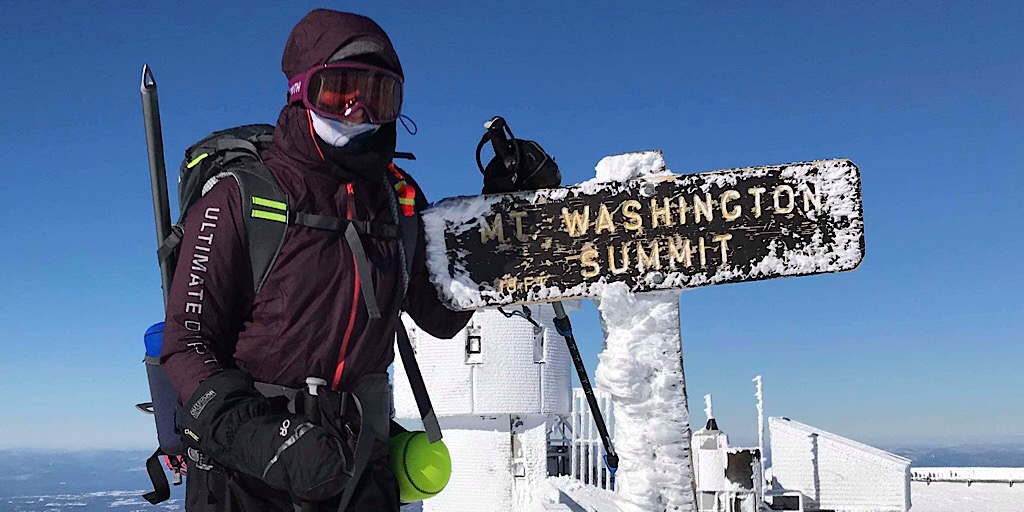 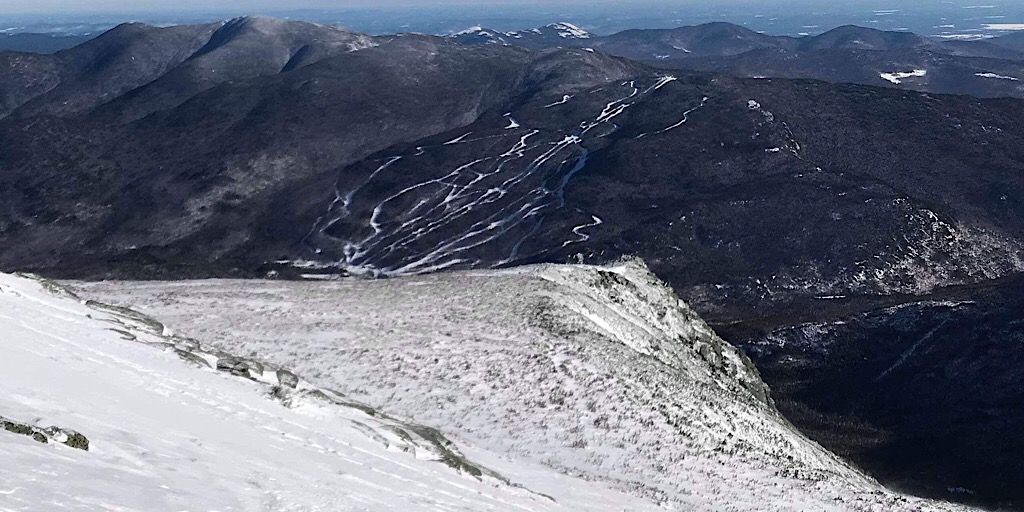 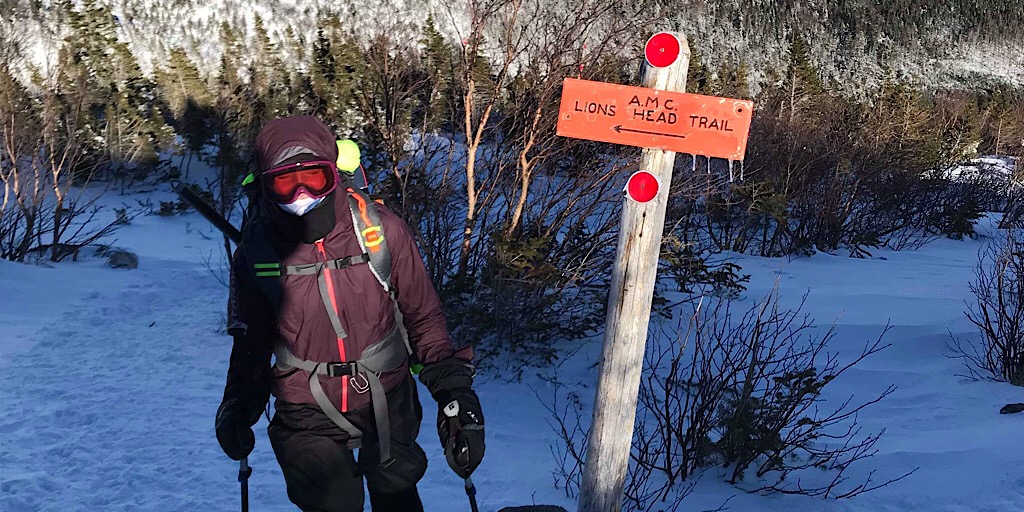 Soon dropping below the trees, 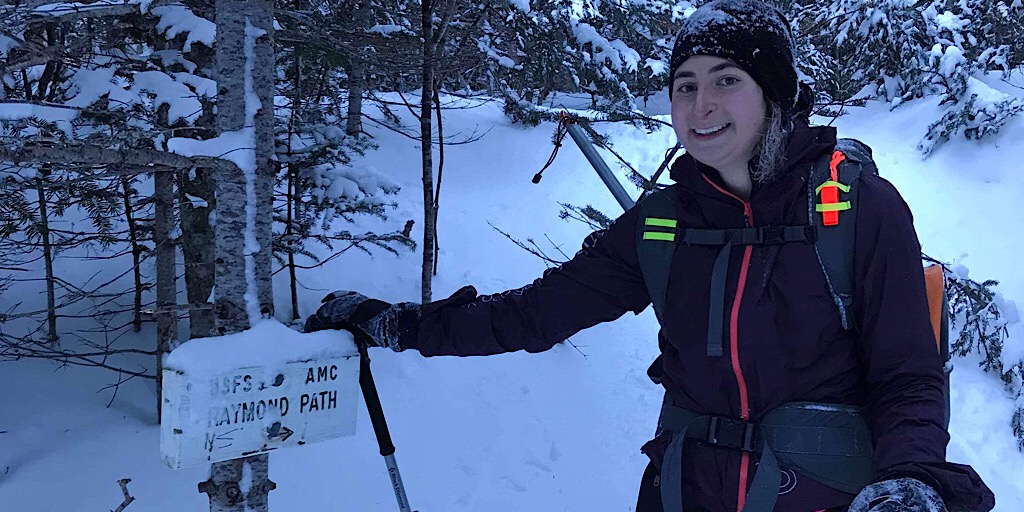 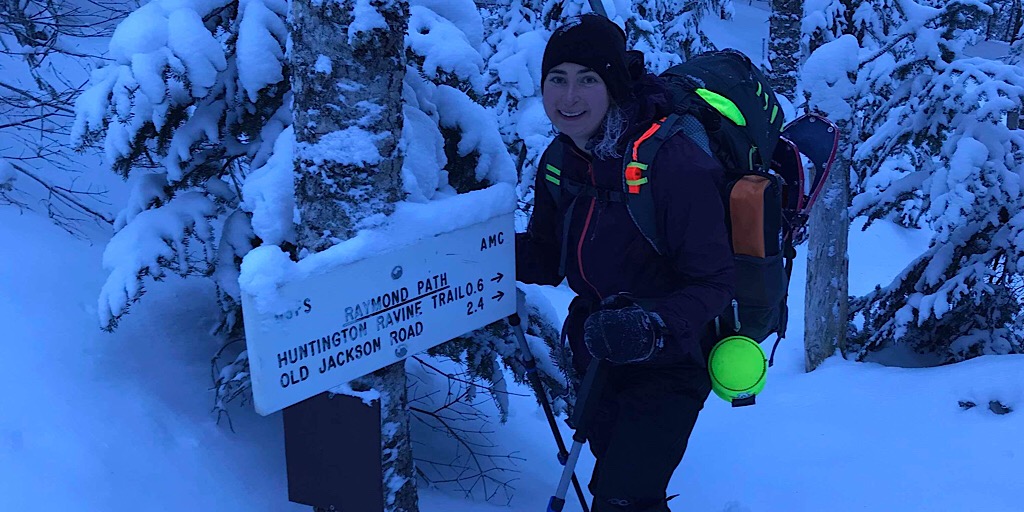 This requires lots of trail breaking. 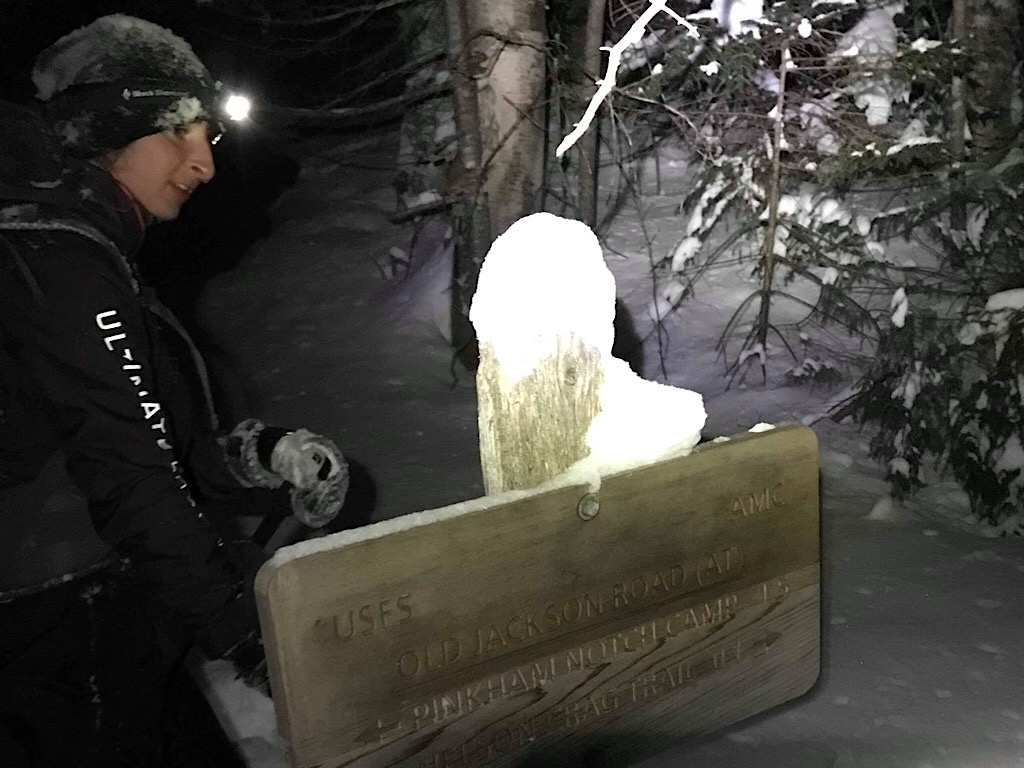 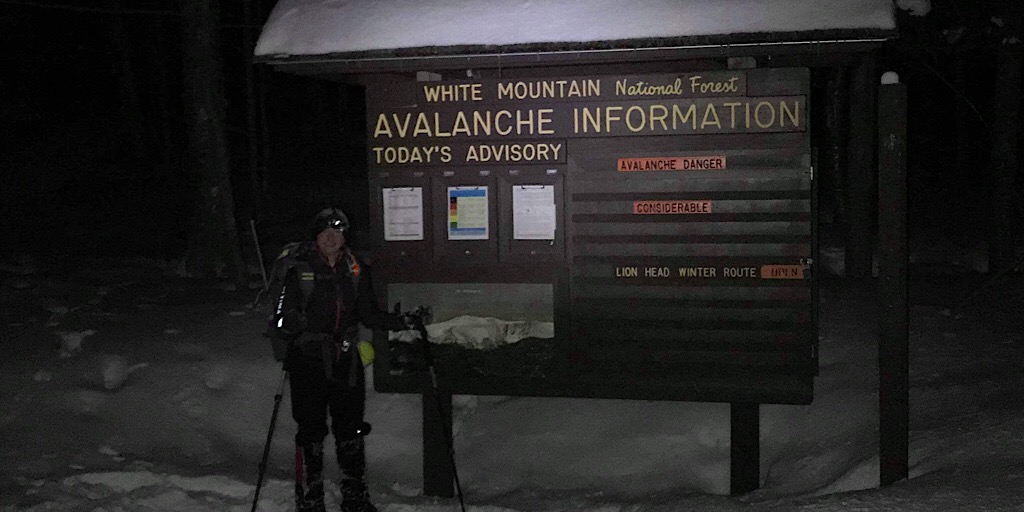 Well done, both of you. And Ryan, a really fine lead! Color us impressed!