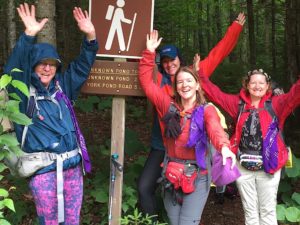 Another successful women’s-only backpacking event happened over the weekend with five ladies going in, including the guide, and five coming out none the worse for the wear. This is our second such weekend this season. So far.

The adventure this time began with a premeet at the Unknown Pond Trail trailhead on Mill Brook Road with their leader and instructor, Redline Guide Arlette Laan. There she did a gear check and got everyone ready for the trip, adjusting packs, discussing how the extra weight will affect balance, and more. They also dropped a couple cars in advance.

Once they were set, the team made their way in two other vehicles to the northern terminus of the Kilkenny Ridge Trail at South Pond and set off on foot from there. They enjoyed the hike in noting the lushness of the forest around them. While they saw no bear or moose (though lots of old moose scat), some of the usual cast of characters were present. Namely a snake and a toad or maybe twenty of them. Plus the occasional chattering of nearby red squirrels and the buzz of the insects. They also encountered some other hikers, a group of youngsters and another solo hiker. 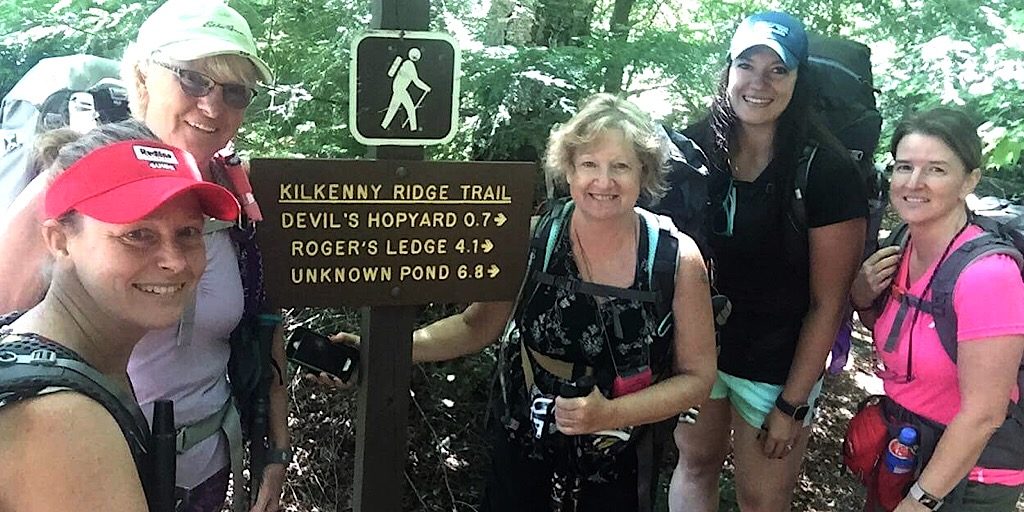 The team starting out, fresh and ready for adventure. 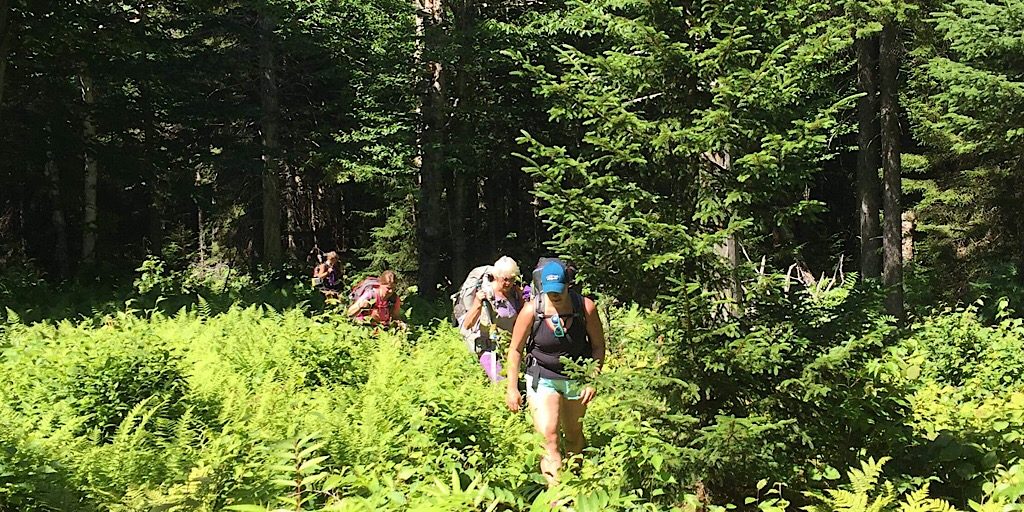 The Kilkenny isn’t a designated wilderness area, but it feels like one. 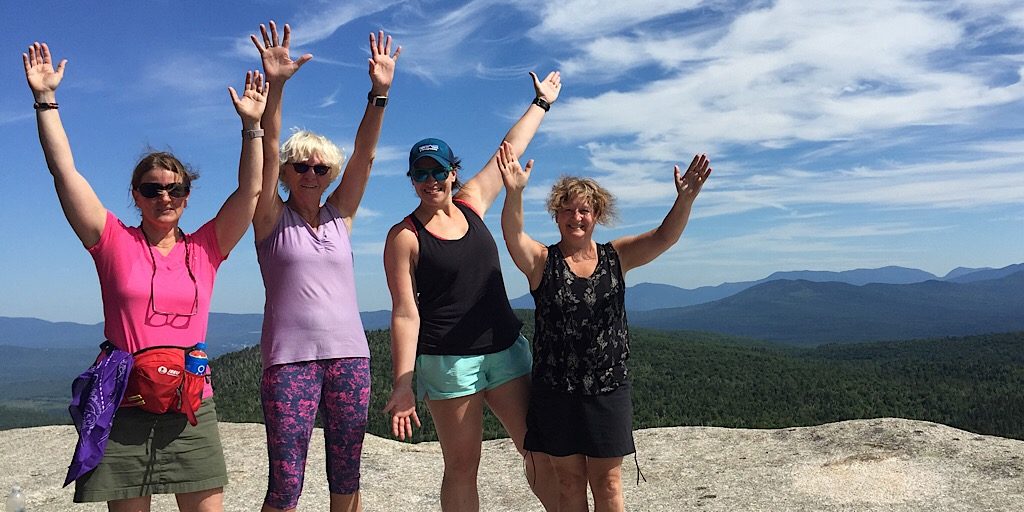 Rogers Ledge. The highpoint of the day and quite the view.

After taking a break on the ledges they descended to the tentsite below and settled in. LNT, bear bags and the trials and errors of hanging them, fire management, and myriad other topics were discussed in some depth. This was, after all, a learning weekend. They also compared stoves as they had different styles. Moreover, they also talked about their meals, comparing notes. Some were trying backpacking meals for the first time. The results were mixed. 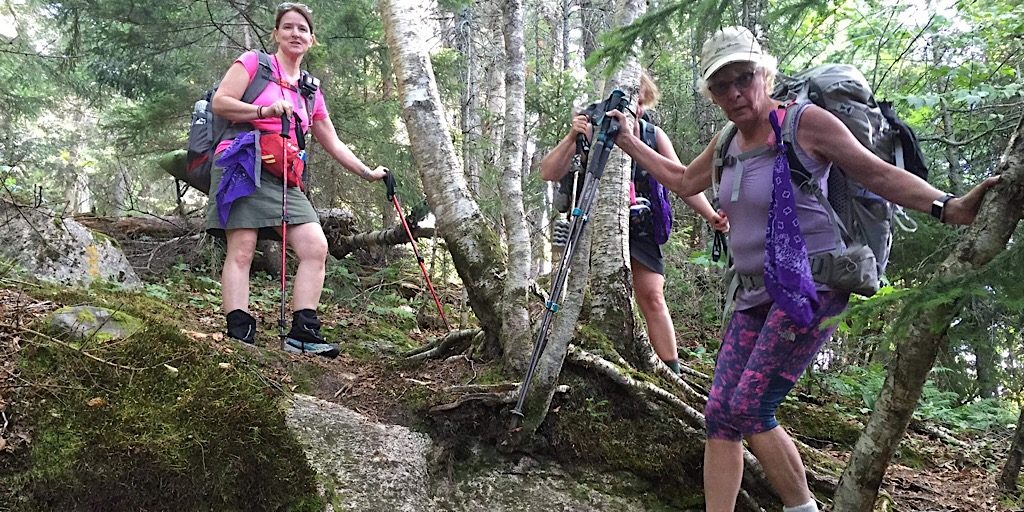 Dropping down from Rogers Ledge. Carefully! 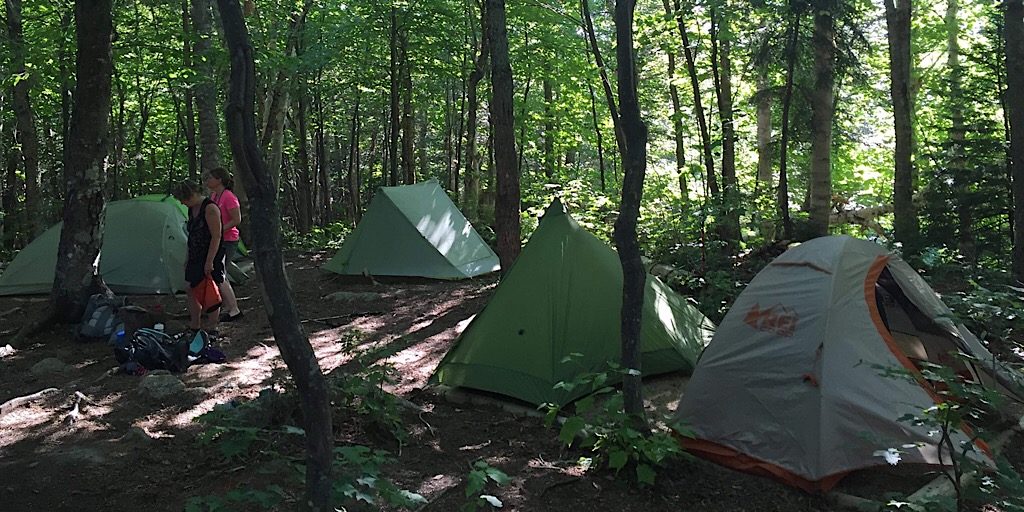 A community of tents in the forest grows as they setttle in. 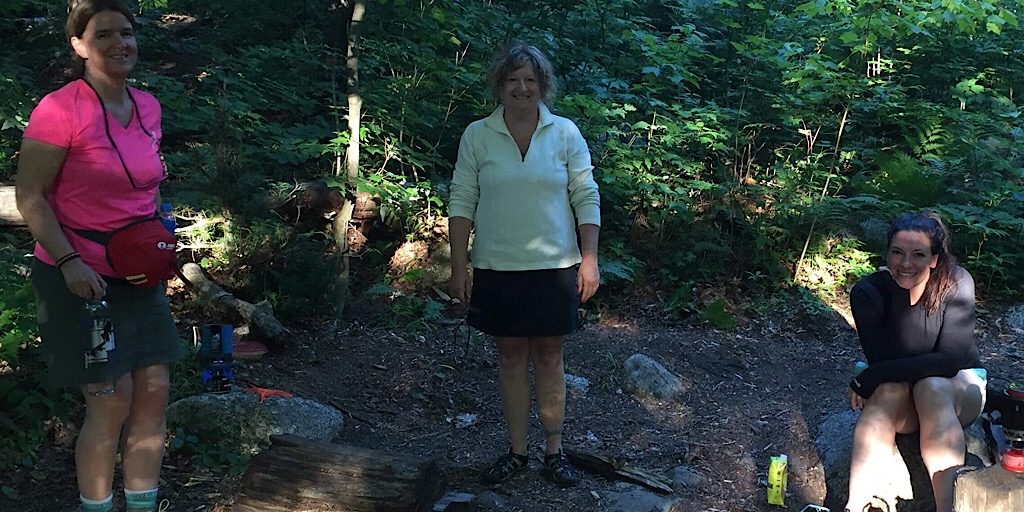 Time to relax… well, almost. There are still camp chores that need doing. 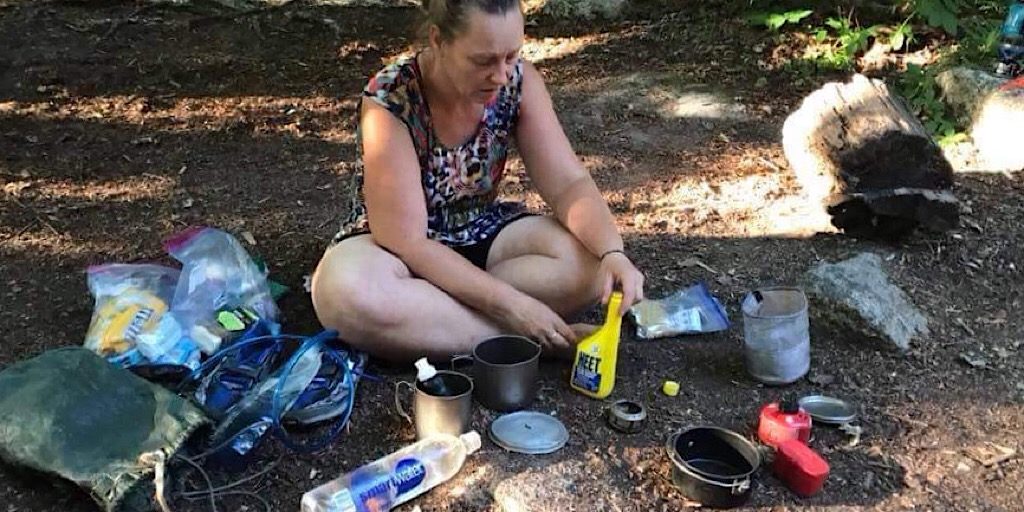 Arlette doing a stove comparison… and more. Photo by Valerie.

After an uneventful night with the entire tentsite to themselves, they awoke, ate, and tended to their needs breaking camp before any rains came, as forecast. It was time to do some hiking making their way to Killback Pond, then to the Unknown Pond. Following this they made their exit via Unknown Pond Trail to the cars they spotted the day before. 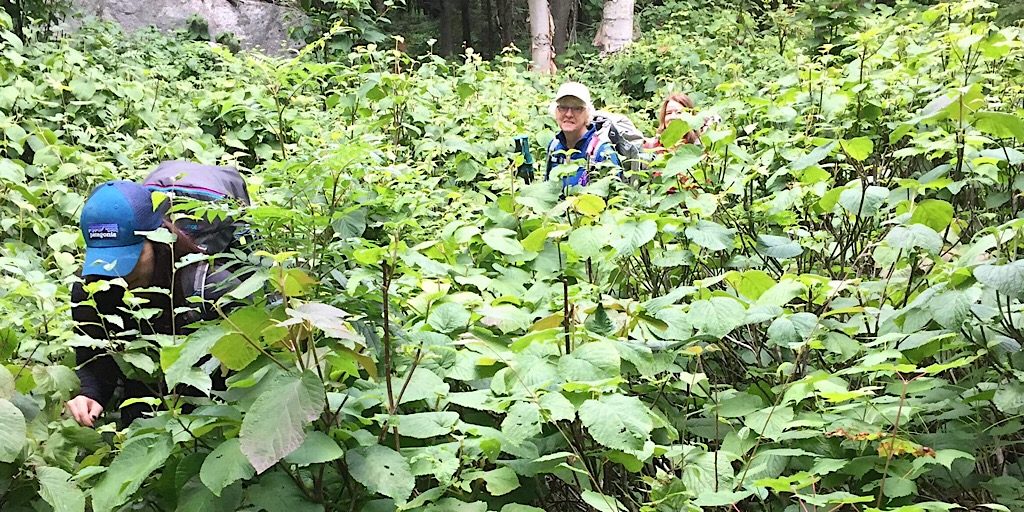 On day two they are on the move again. 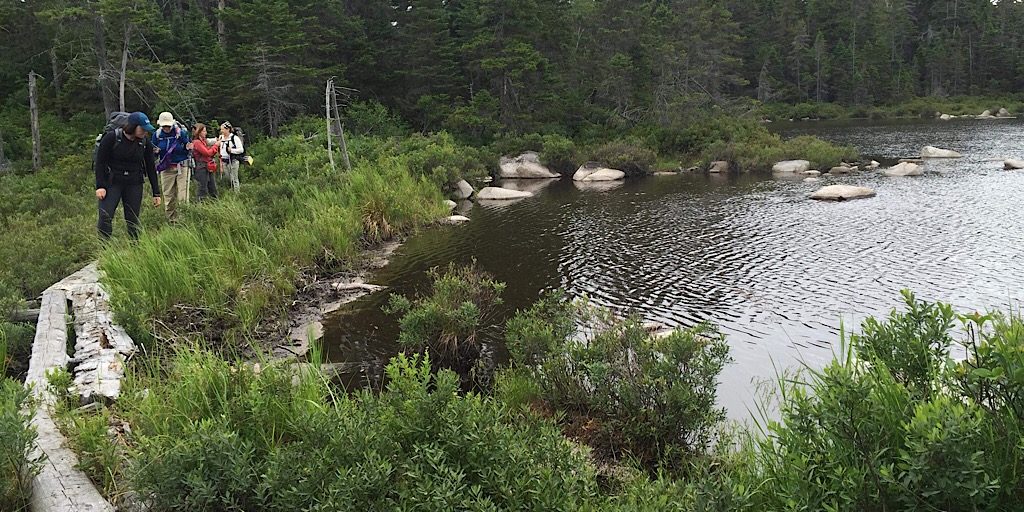 Before long they reach Killback Pond. 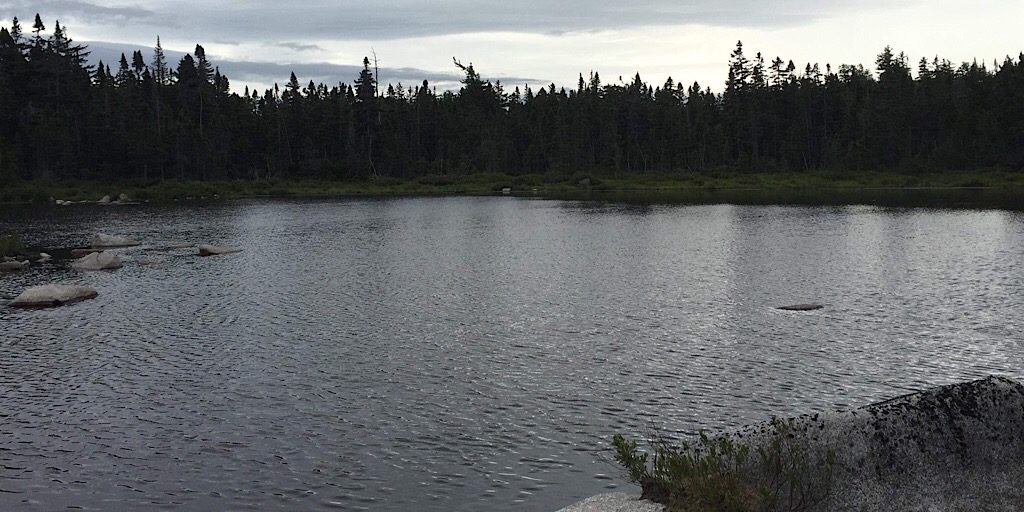 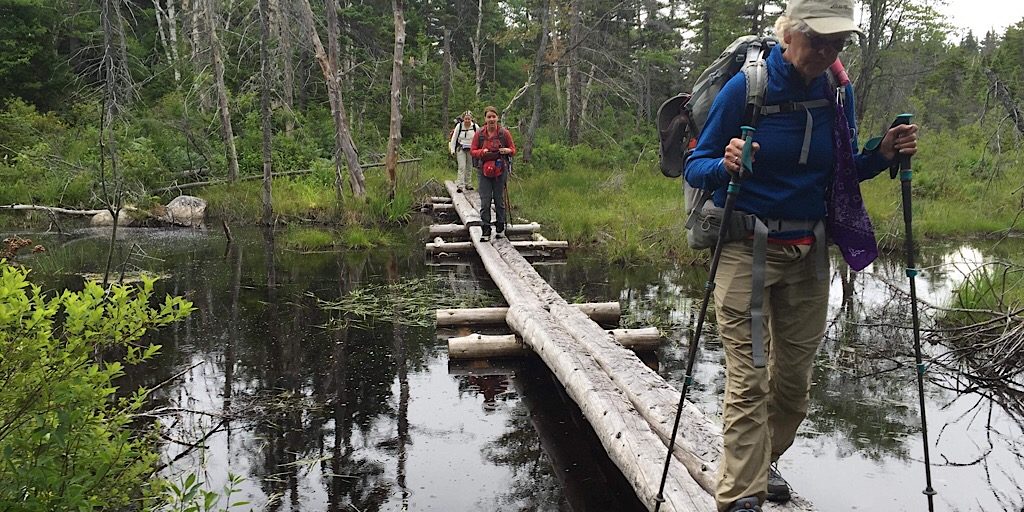 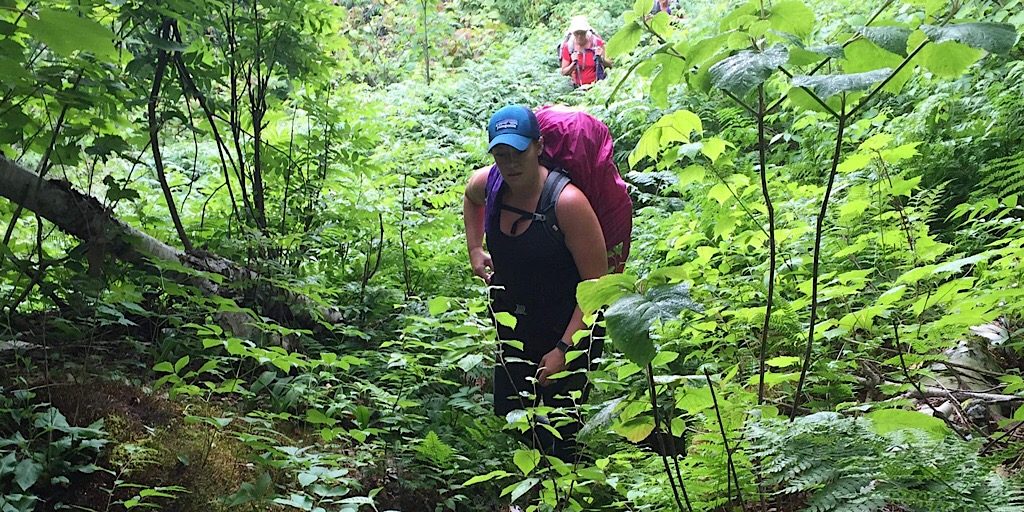 On the move again. It’s like a jungle up there. 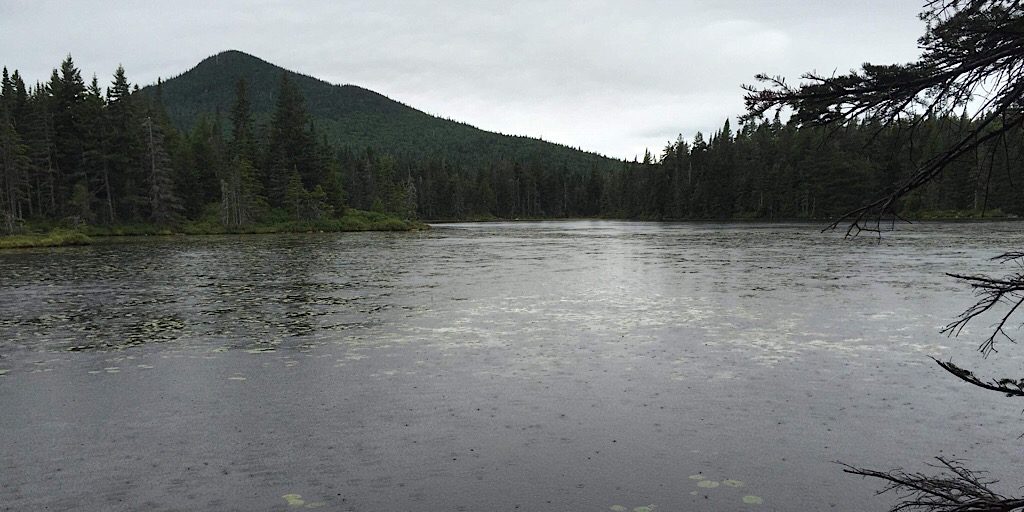 Unknown Pond. “The Horn” in the background. Note the raindrops on the water! 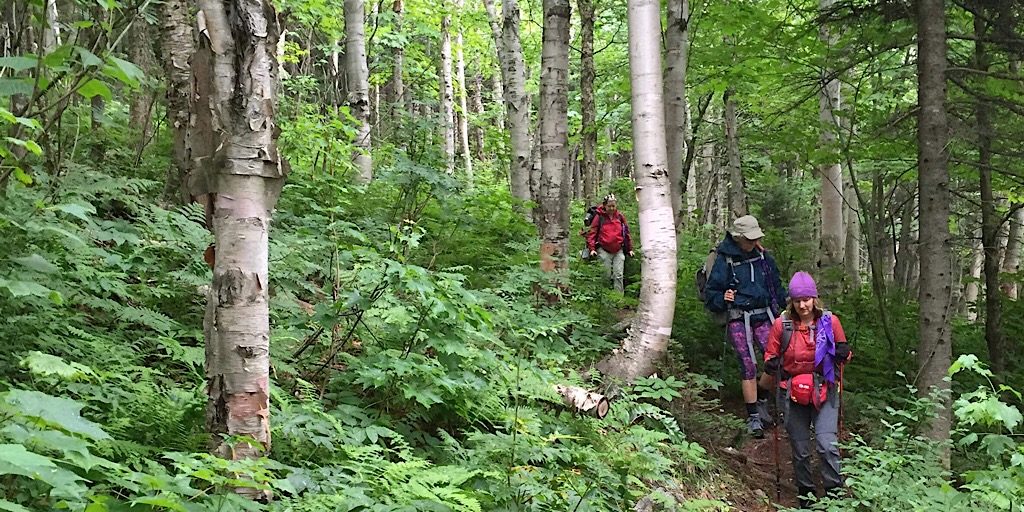 The Mill Brook Road end of Unknown Pond Trail. This is special. 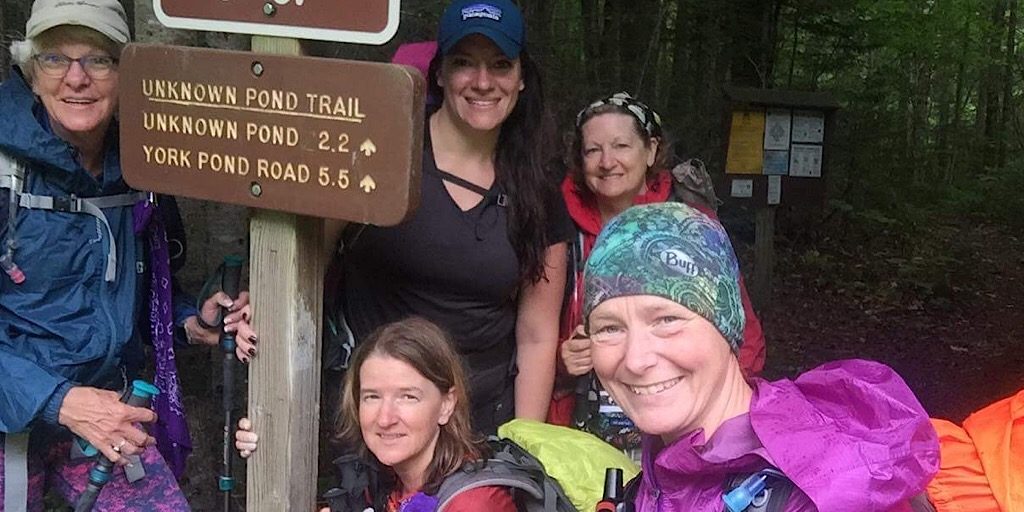 Success. Five go in, five come out. And everyone looks very happy.

Killback Pond was pretty, some blueberries were ripe enough to eat. There was a light rain but we were still having a good time. We all layered up at Unknown Pond and didn’t linger long since it was getting a bit chilly. The way out was lush but less overgrown so we made good time back to the cars. —Arlette

Well done Whitney, Valerie, Karen, and Anni! And Arlette, a very fine lead. Thank you! And special thanks also goes to Kimberly who generously made Anni’s participation possible.