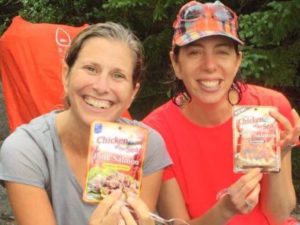 A nutritious lunch. Photos by Arlette.

The rainy weather sure looked interesting. Challenging might be a word to use. Would this even be fun? Our guests — Deborah from New Jersey, and her friend, Jacquie from New York — understandably began to wonder. They wanted it to be fun!

We responded with a solid maybe, then we assuaged their fears somewhat by sharing the finer details not all people realize. Minutiae such as it being generally cooler and more comfortable when hiking in the rain, and that rain is seldom constant. Plus that there are fewer bugs. And where sweeping views once existed our sightlines now fade eerily into the abyss. This is good stuff.

On those days we are blessed with the awesomeness of seeing conifers disappear into the mist. We tread among the vibrant, verdant mosses, and lush water-bejeweled ferns. It wets the feet and legs, this is true, but incomparable fragrances of fir surround us as we hike among the trees in the boreal zone and it all becomes sublime. As some people know, hiking in the rain can be an incredible, indelible experience. And to be clear, we mean that in a good way.

On the job for this backpack was Redline Guide Arlette Laan. Originally she planned on leading our guests to Sawyer Pond from the Kancamagus Highway (NH Route 112), but the rain swelled the Swift River beyond safe limits so she opted instead for a backpack to Stairs Mountain (3463′). Arlette referred to this as “Plan B.” A fine choice it was. It’s doesn’t have a shelter like the first site, but conditions stabilized and the views are stunning. This wilderness tent site is a delight to inhabit. It’s not our first time there. They’d have to work around the weather the way a contortionist might have to squeeze into a box, but they would have a good experience thanks to Arlette’s careful timing wisely delaying the start as needed.

Day 1: Wasting no time after the first storm passed…

After the final afternoon torrents passed, leaving one car in Bartlett at foot of the Mt Langdon Trail, they proceeded to Davis Path for the hike in. Day one would be short at 4.5 miles in making the later start possible. There would be some minor tests along the way, and some showers, but the end result, the site atop the Giant Stairs, was worth it in the end. What follows are scenes from the day. 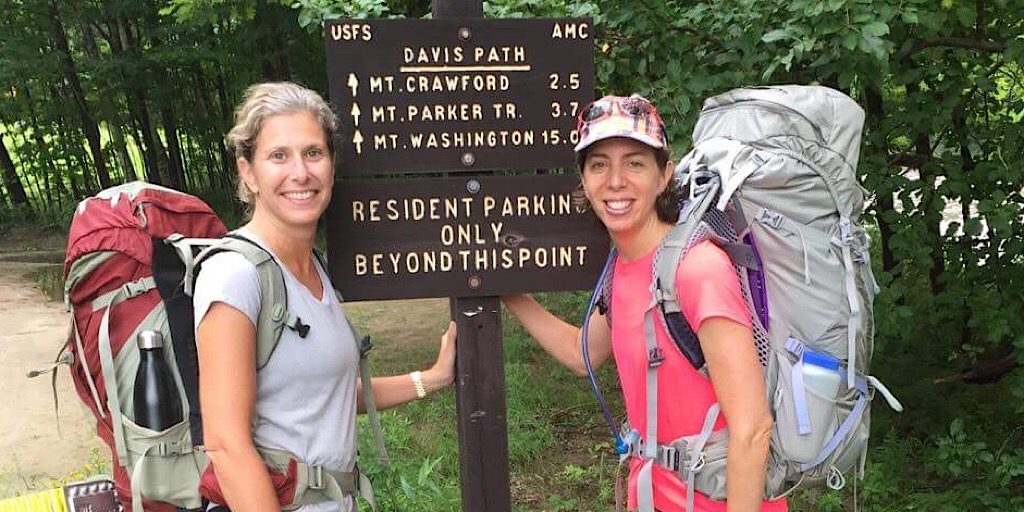 Left to right, Jacquie and Deborah clean and fresh at the start. They miss the big rains waiting later to begin. 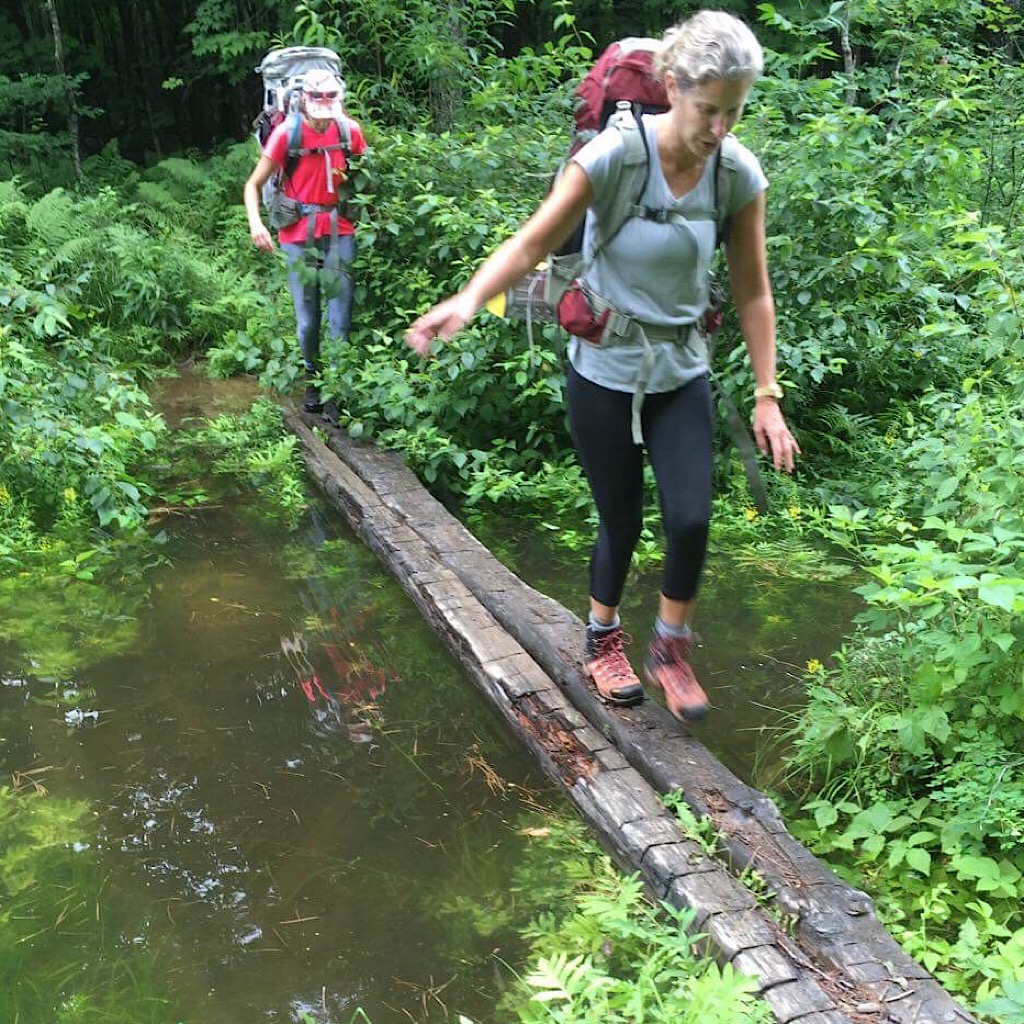 The trails are wet, bog bridging making a lot of sense now. 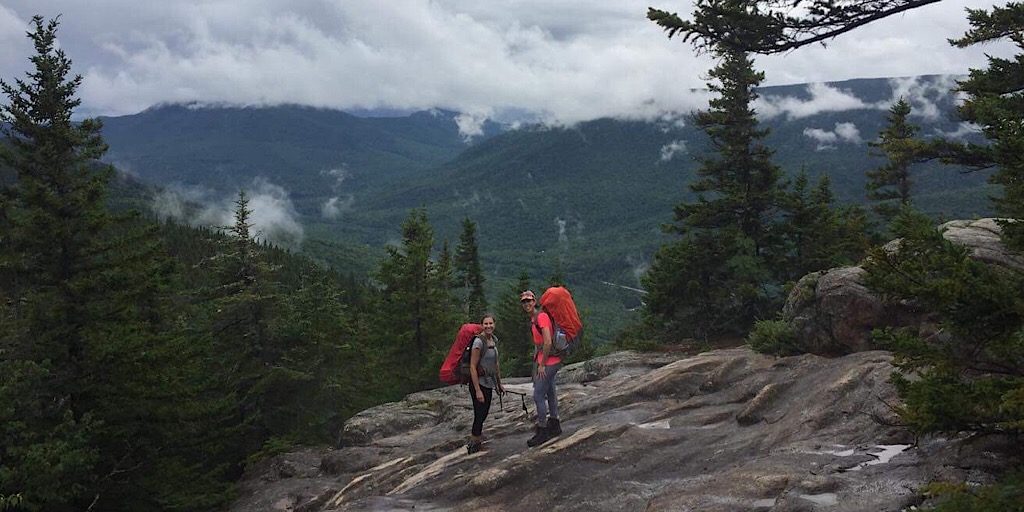 They stop just before the Crawford Mountain spur but they don’t hike the spur thanks to steep, wet rock slab. 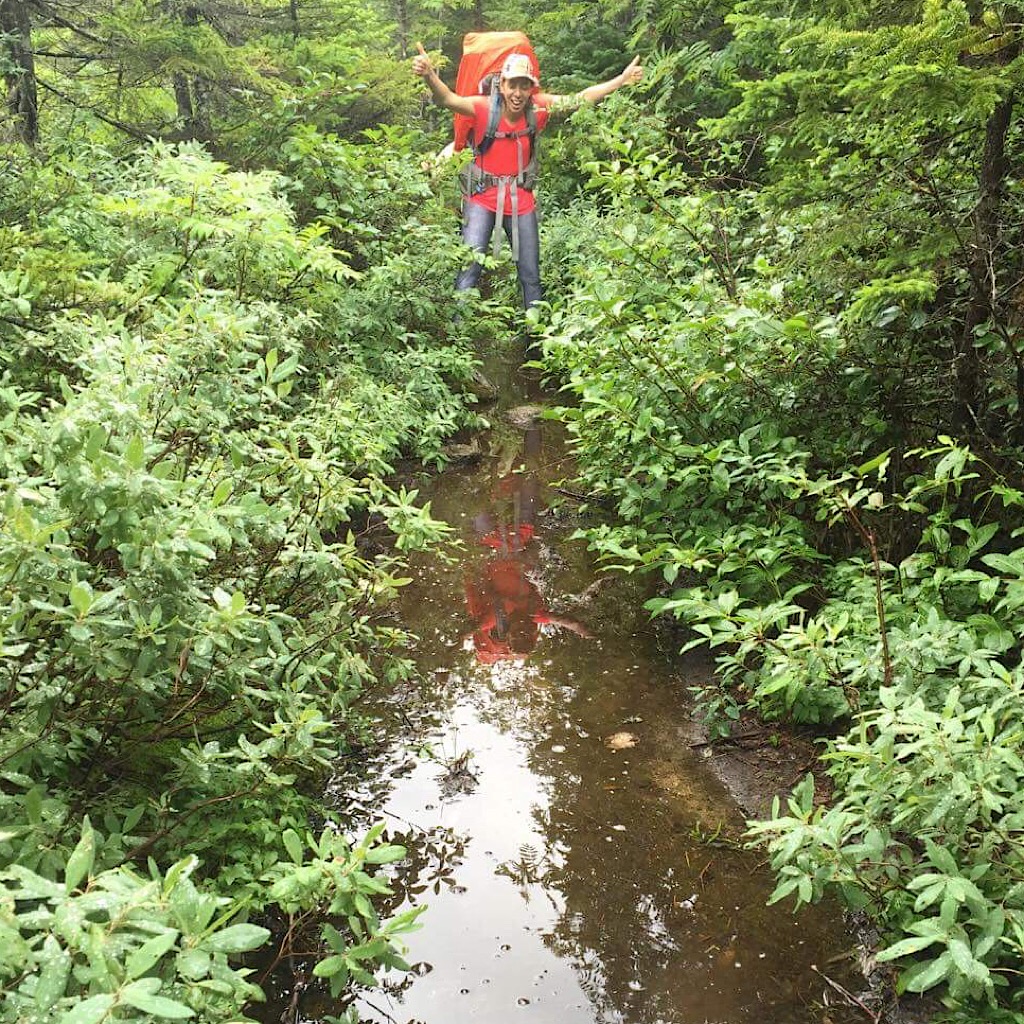 They need to learn to hover. Fast. 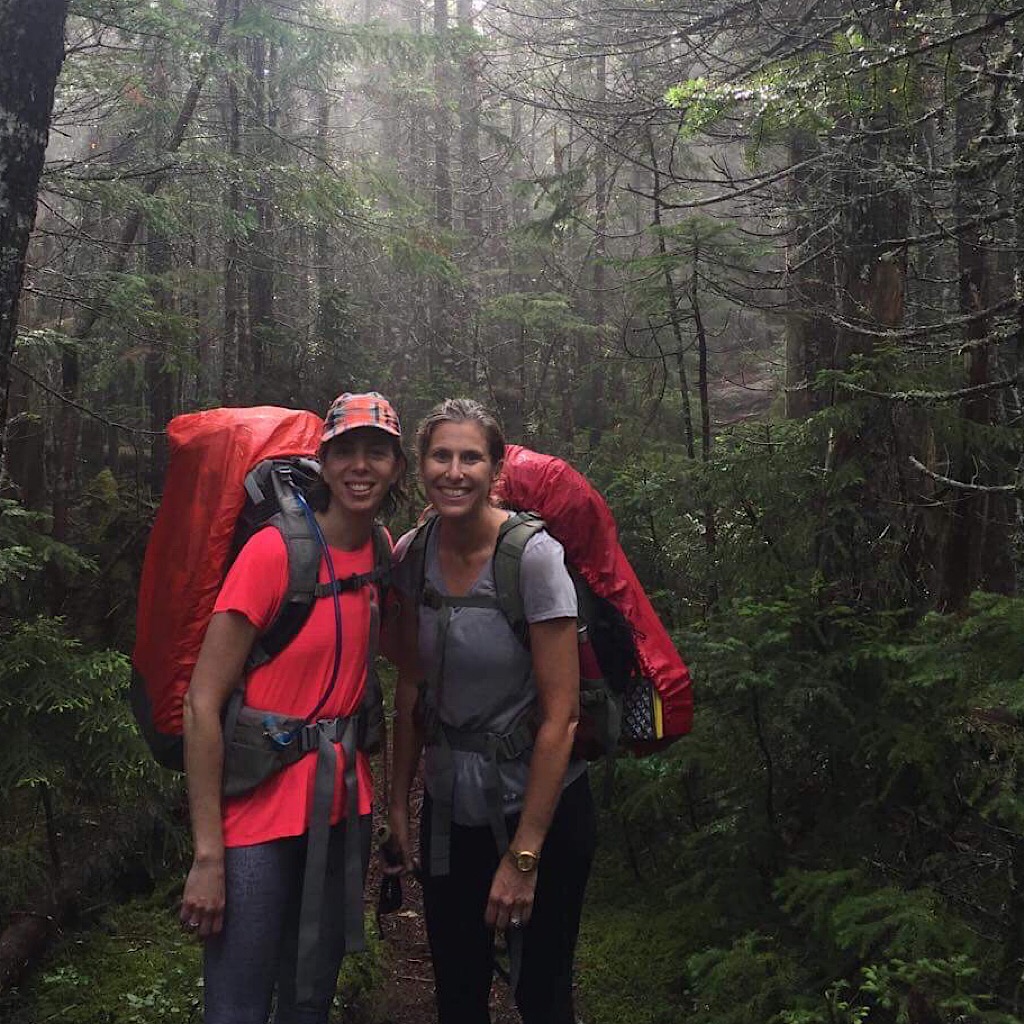 It sprinkles on and off as they hike in. But they still seem happy. 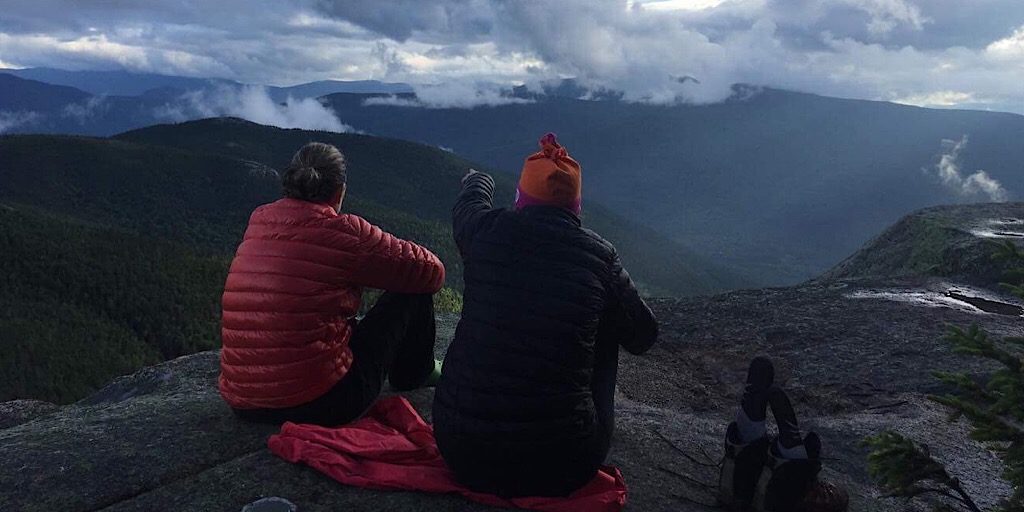 Atop the top step on Stairs Mountain. Wow. 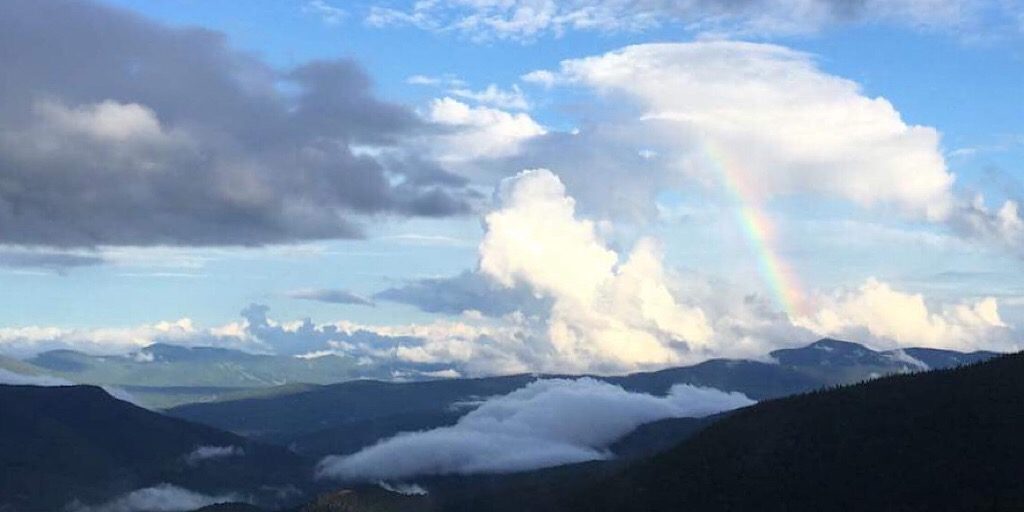 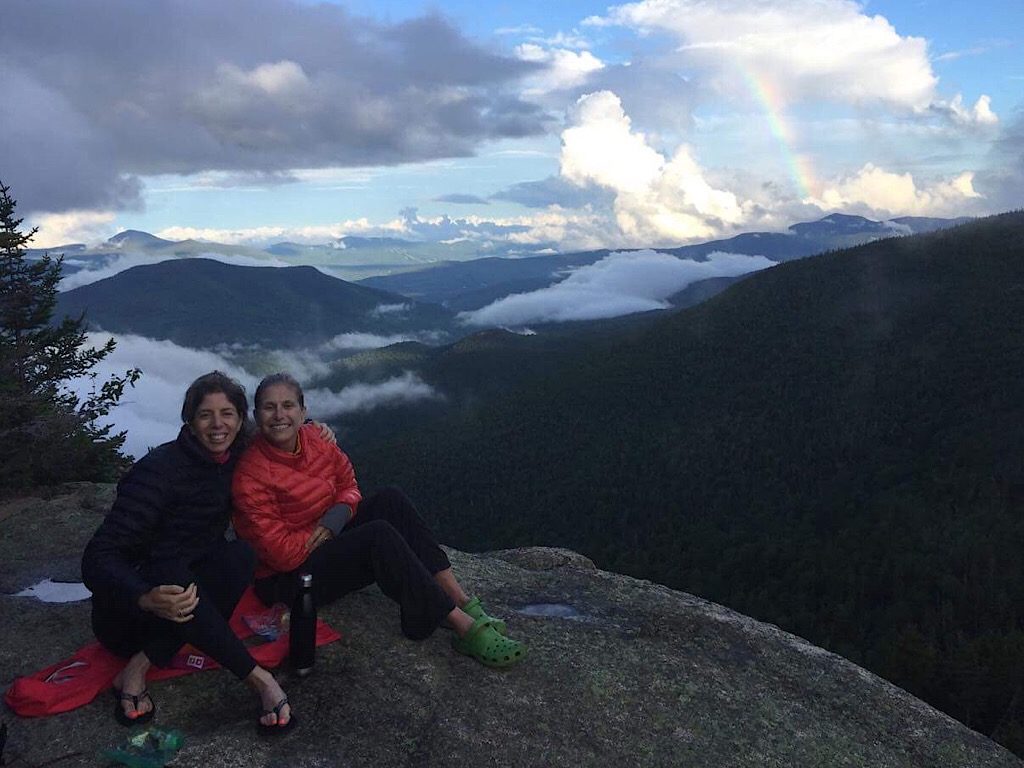 Rain worries melted. This is so nice! 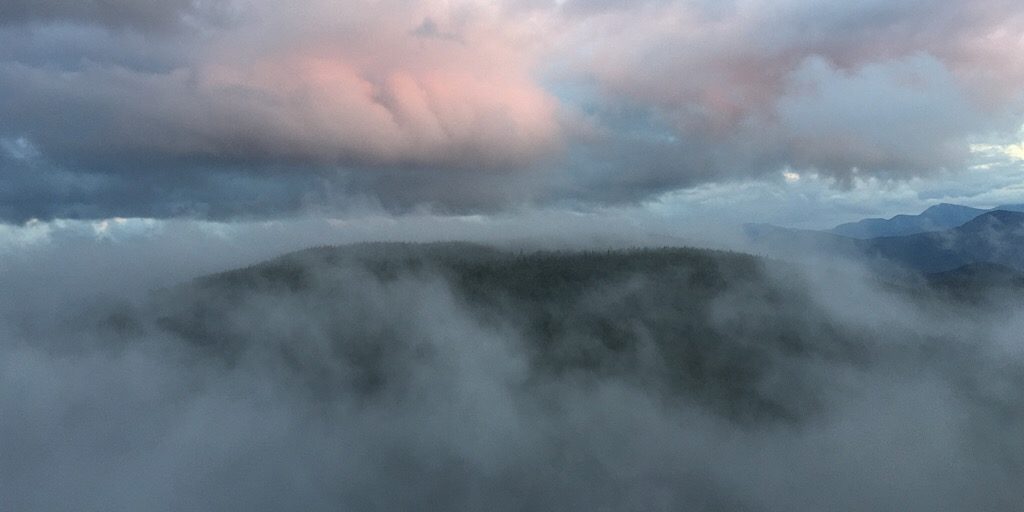 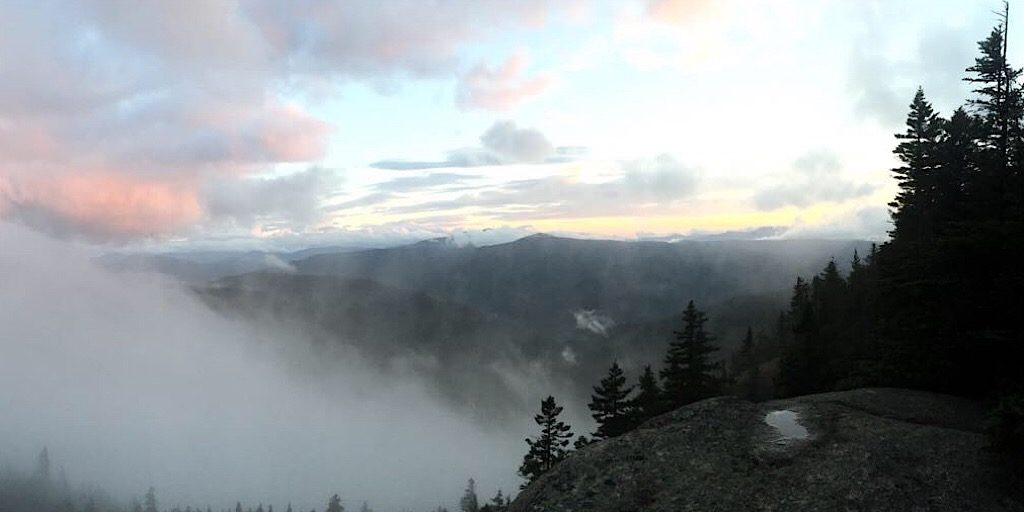 Day 2: And before the second storm came rolling in…

Day two would be seven miles for the trio but in much fairer conditions. They would awaken to an amazing morning with mostly clear and sunny skies with denser cloud blankets nestled into the vales. The trio would enjoy their breakfast before breaking camp and hiking on toward the car they spotted. Along the way they would carefully climb Mt Resolution (3415′) sticking to dry patches on wet slab, then summit Mt Parker (3004′) — both lovely peaks with major views — then they would ease out via the Mt Langdon Trail. Arlette would lead the way, as their guide sacrificially wiping out at least fifty spider webs spanning the trail. 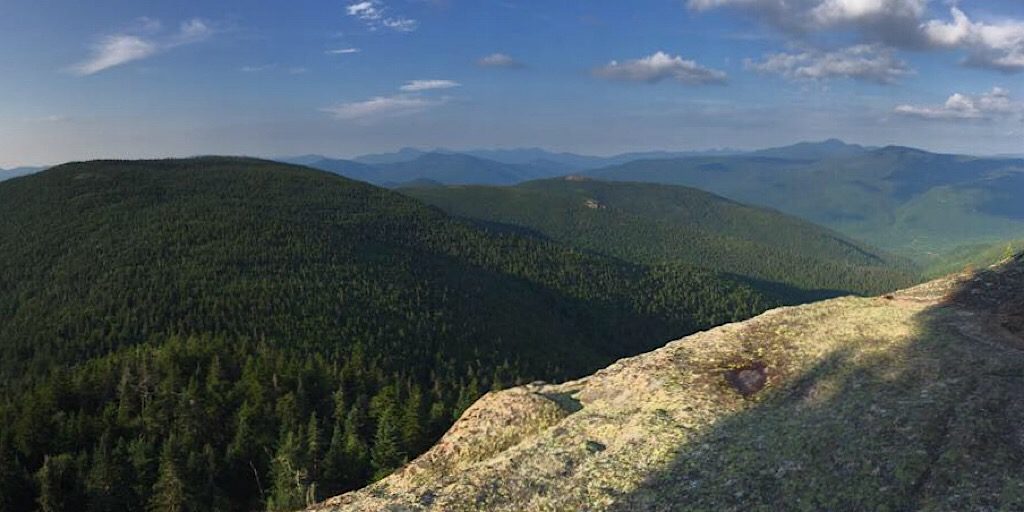 Good morning. What a great yoga spot. Resolution lies ahead. 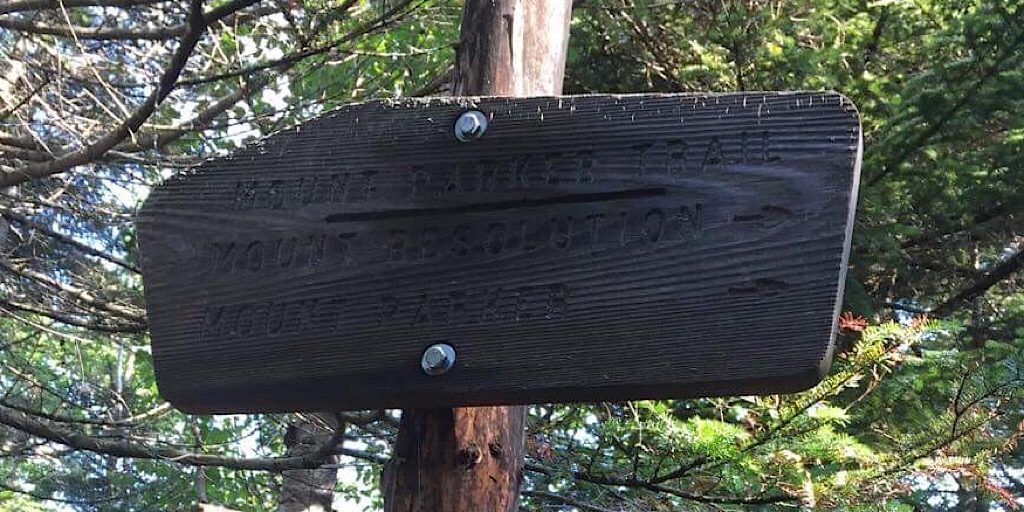 Exiting Davis Path and getting onto the Mt Parker Trail. 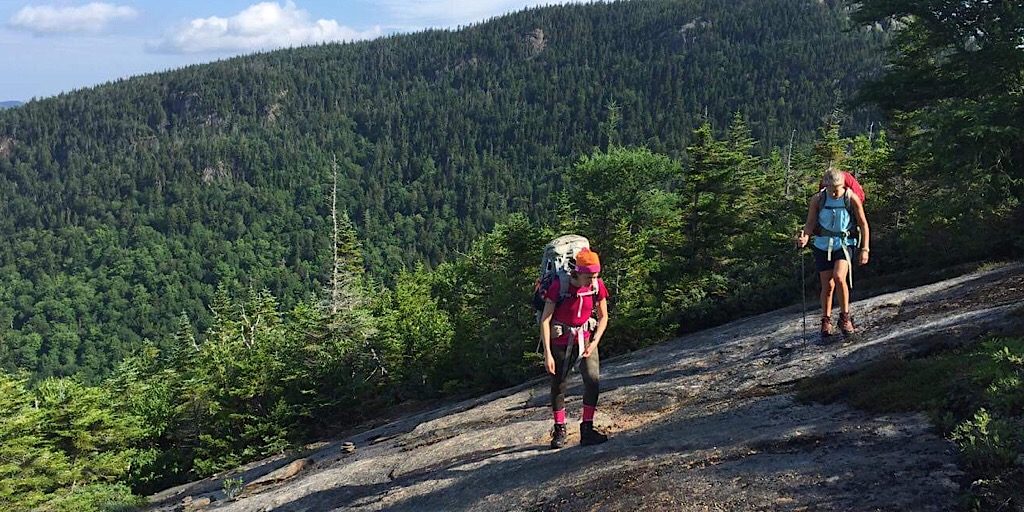 Climbing the flanks of Resolution. 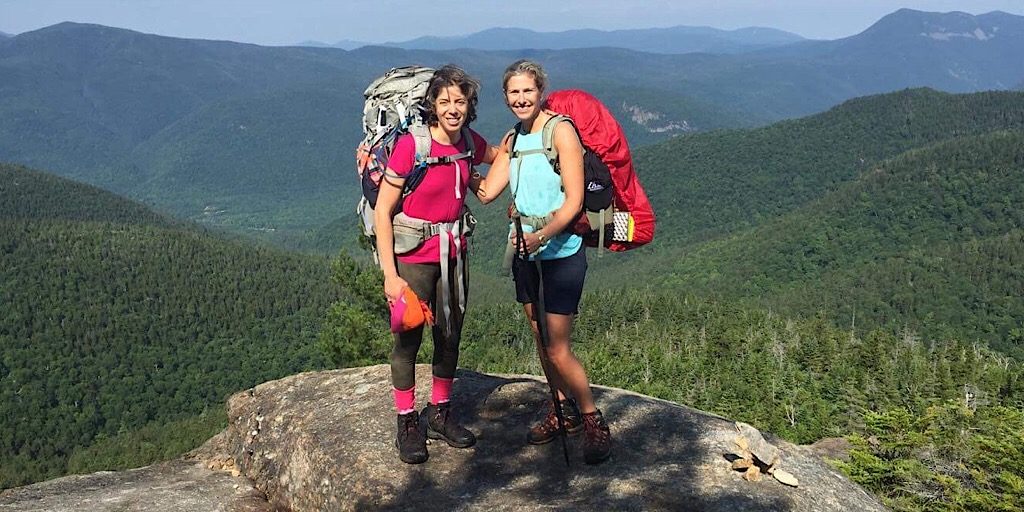 The stunning views from the Mt Parker summit. 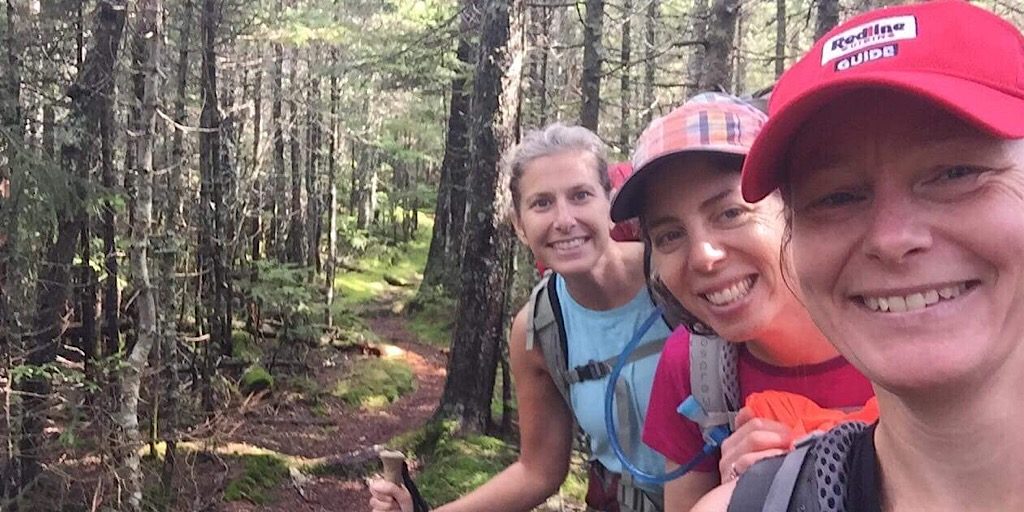 The trio on the Mt Langdon Trail making their way toward the end. 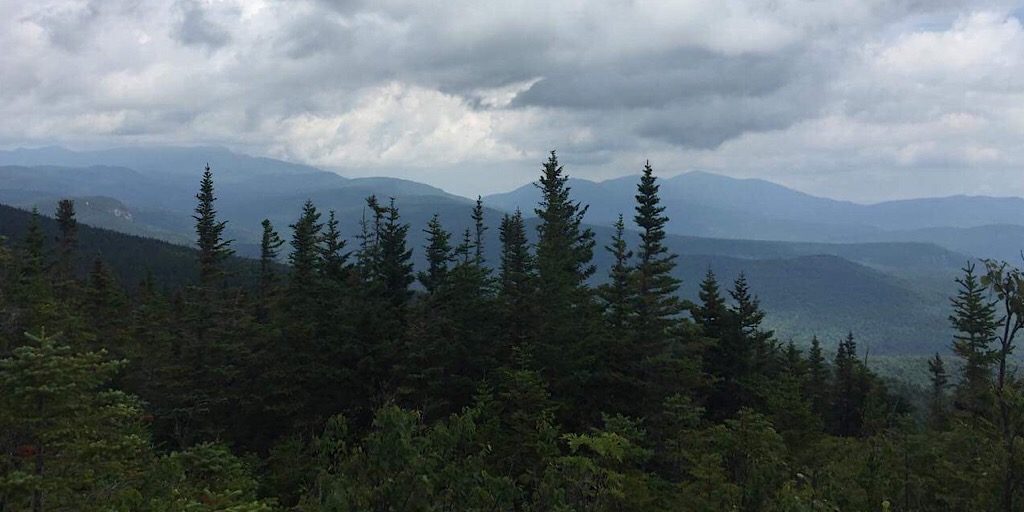 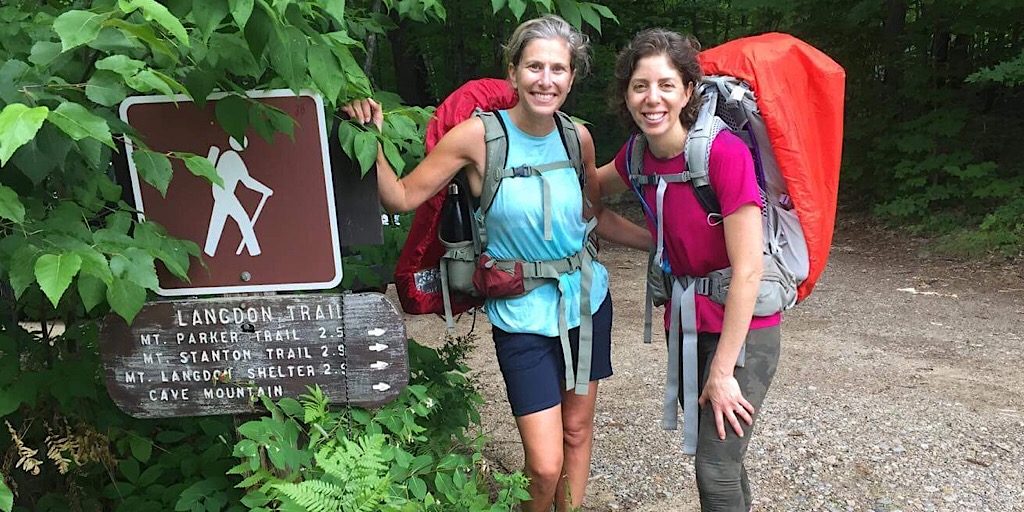 Made it. Well done one and all.

Congratulations on all those summits and your perseverance along the way, Deborah and Jacquie. And thanks for choosing Redline Guiding. And Arlette, excellent, another outstanding lead! Thank you!