With a high-endurance event coming up, one prospective guest asked if we had something that might qualify as training, wondering if a jaunt up Mt Washington would do the trick. Knowing the rugged trails in the White Mountain National Forest the way we do, we were inclined to agree thinking New Hampshire’s most famous Rock Pile might be a great choice for someone seeking high endurance training — knowing we had a lot more to give to up-the-ante if this first test was completed with ease. Mt Washington is big, nearing ten miles the way we did it, with well over 4200-feet of elevation gain. The route selected in this case, to avoid the worst scrambles and non-summit crowding, and to give lots of treeline trekking pole training time (as requested), was via the Boott Spur option on the way up while descending via the Tuckerman Ravine Trail and down the famed headwall after bagging the mountain’s 6288-foot summit. Thankfully the weather cooperated.

On lead for this tour, and integral to the trip’s planning, was Redline Guide Howard Aronson. Howard grabbed a number of photos of the trip from which we decided to post the following images. Being that others on the team were out and about, too, we can attest to just how awesome a day it was above treeline. Check out the pics, below to judge for yourself. 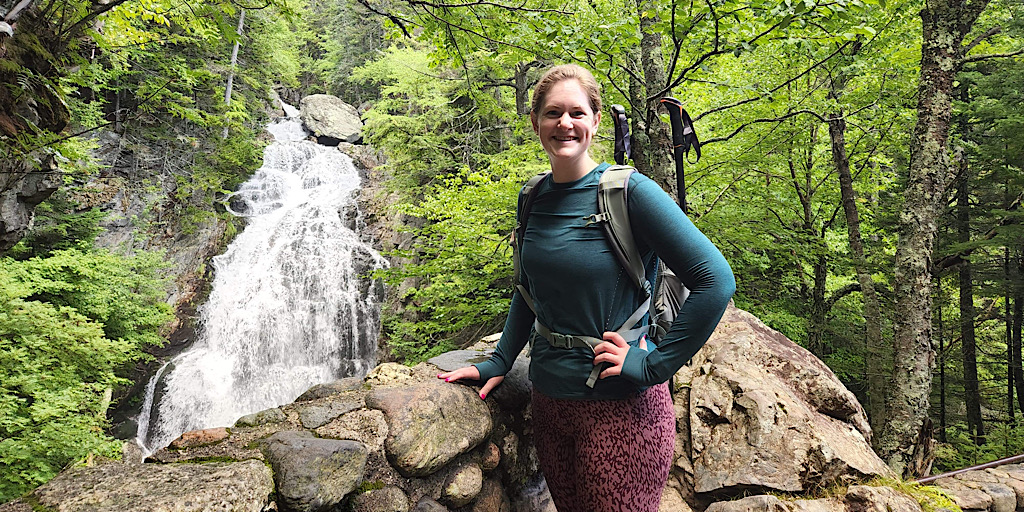 Starting out, the first stop is Crystal Cascade. 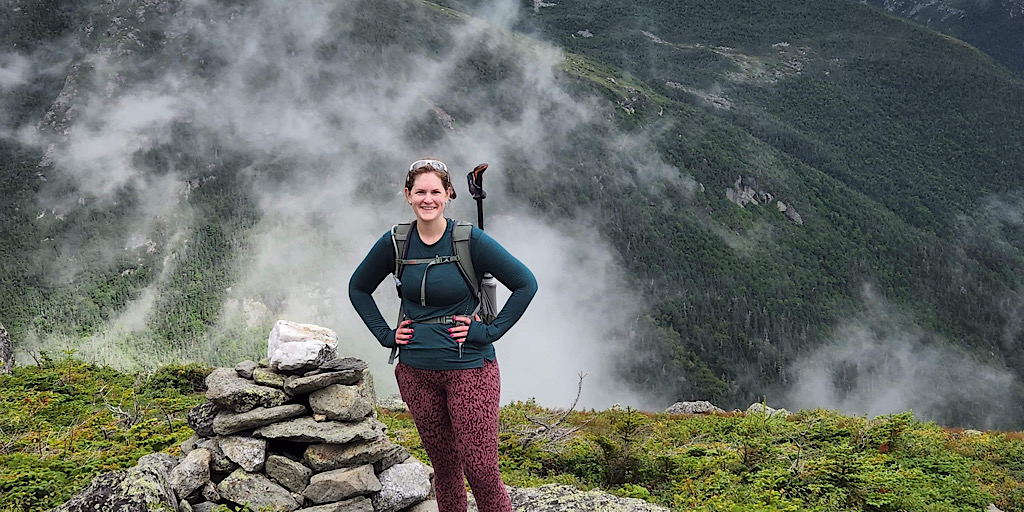 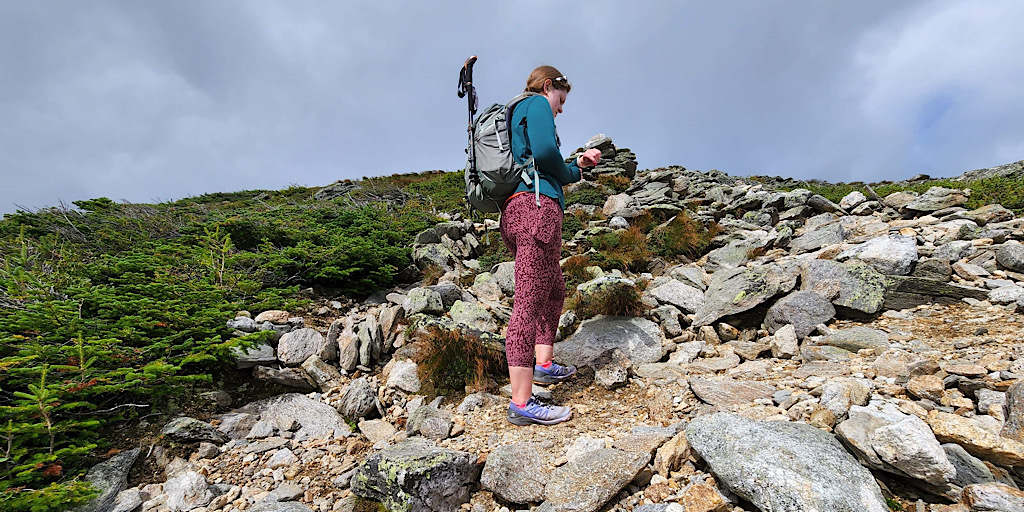 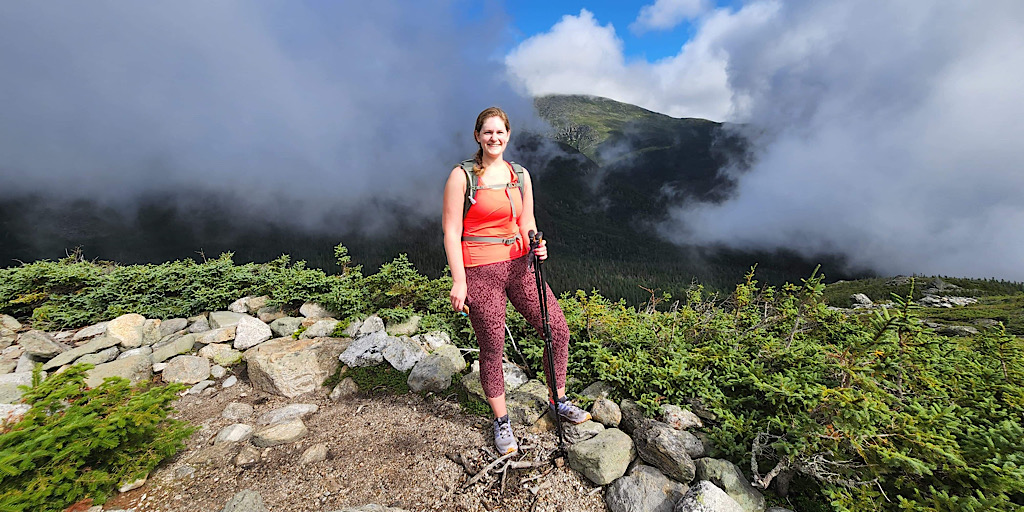 Such a dramatic scene — hey, is that a heart shape? 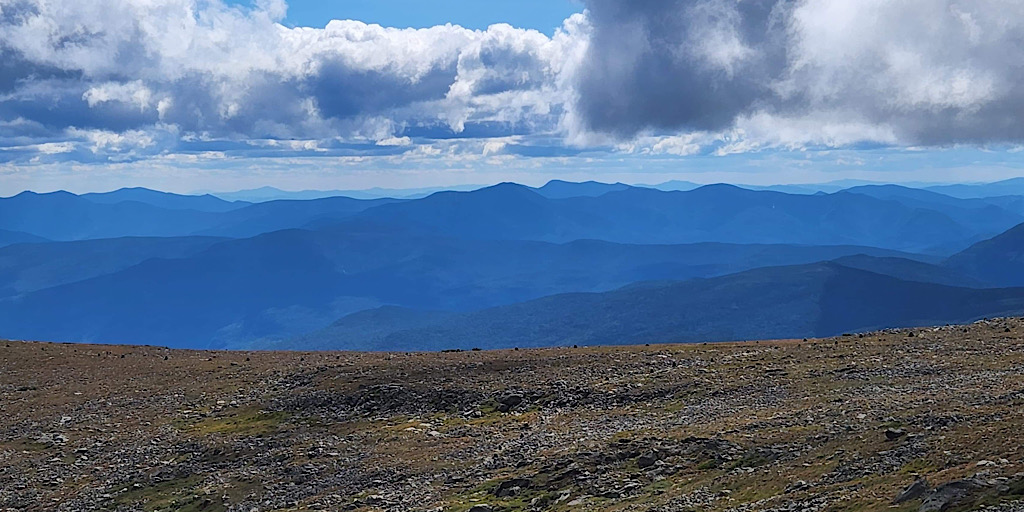 Wow, the “Bigelow Lawn” views are off the hook. 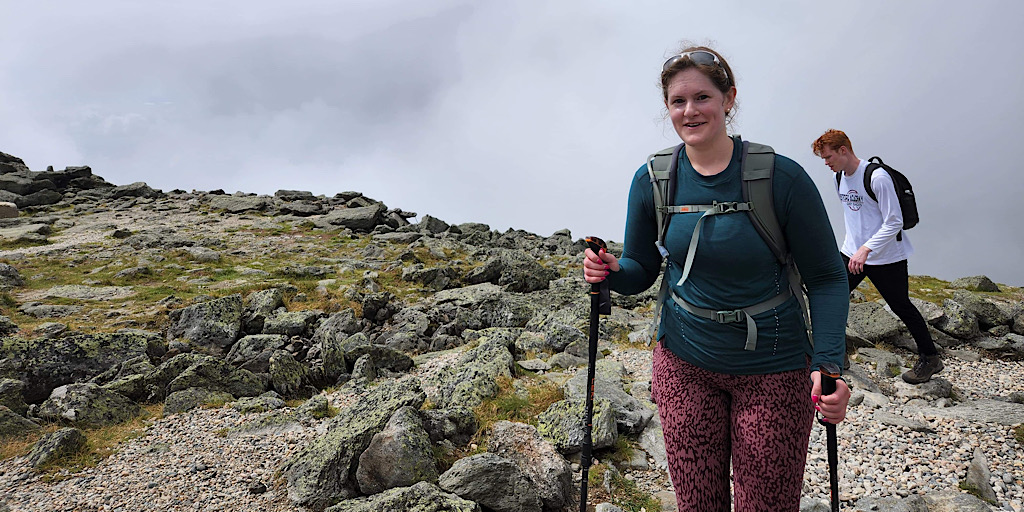 Zeroing in on the end. 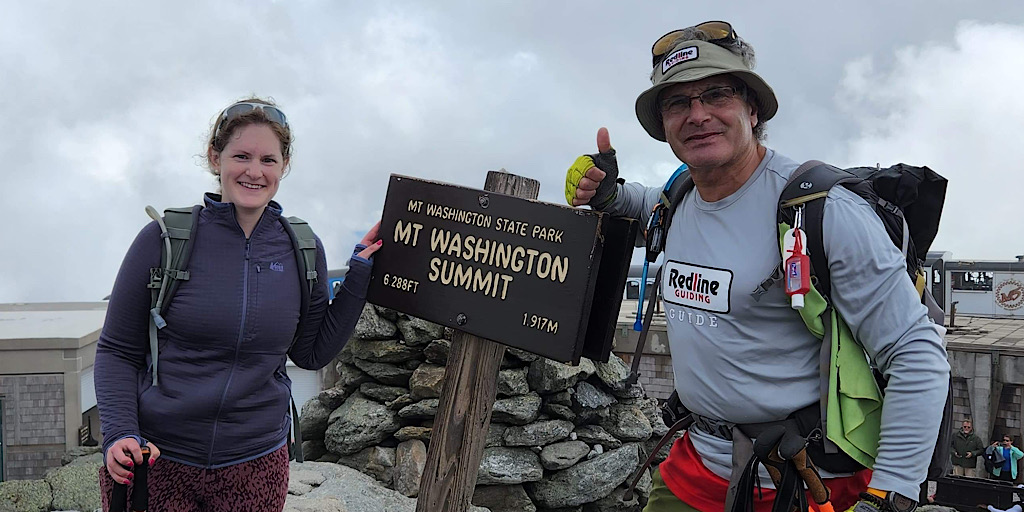 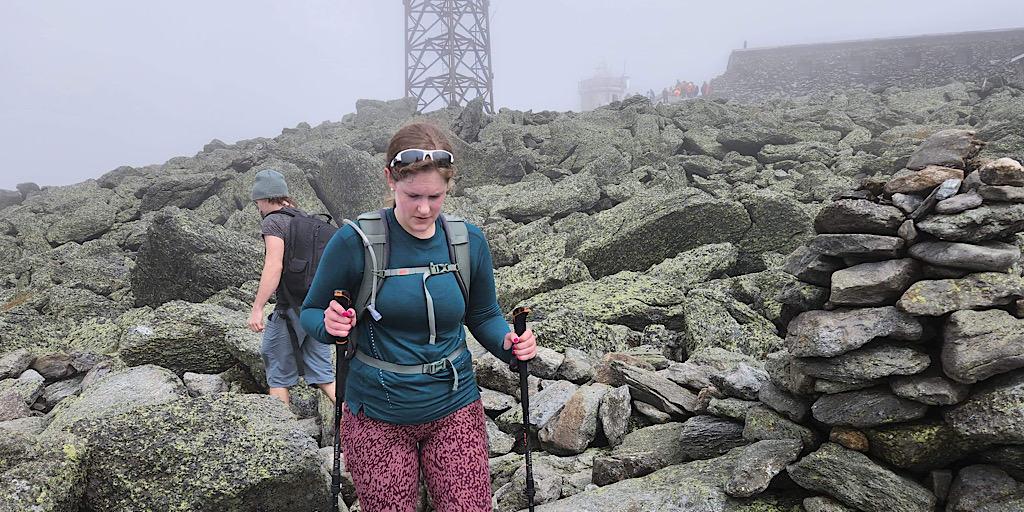 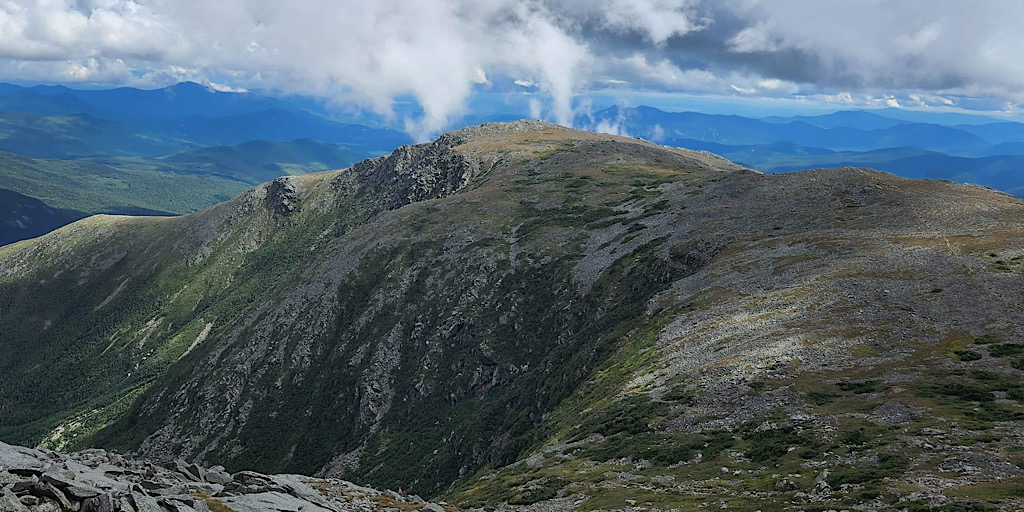 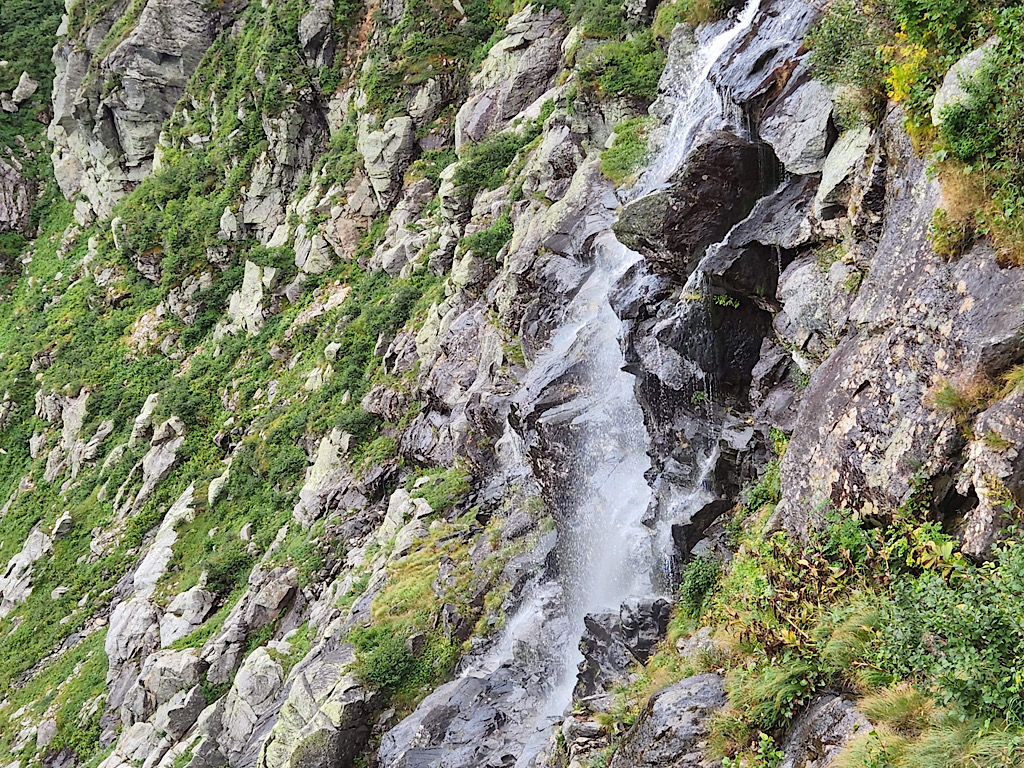 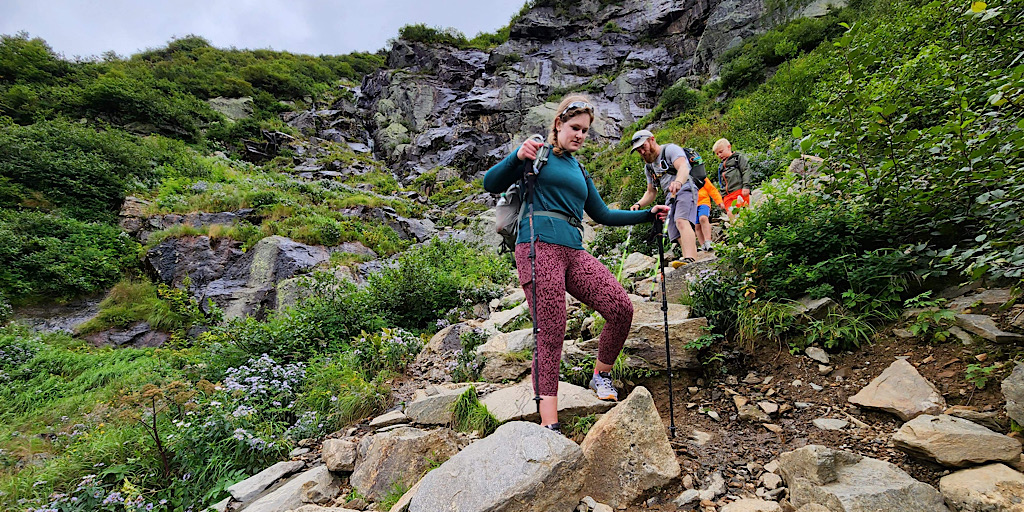 Great job, team, and thank you for adventuring with Redline Guiding!