The New in New Hampshire

Ahh, the soothing sounds the stream gurgling, interrupted only by the rap-rap-rapping of a large pileated woodpecker.

The family flew in from San Diego, California. This is where we have to insert the obligatory joke about their arms being tired. Okay, that done, we can move along. They had never been to New Hampshire, but they found value in a guide on another trip they had taken, that one to Alaska. Their guide there was armed against bears, here we pointed out a cute chipmunk.

Our value was going to have to present itself less on critter defense, and more in the form of discussion of the area’s history in our once-“daunting-terrible” mountains. Also covered were a number of “ologies” like geology, dendrology, mammalogy, etceterology. The stage for this was a requested not-too-hard hike with views, which we delivered by leading them up the 2850′ Mt Willard, one of “New Hampshire’s 52-With-A-View.” On lead for this trip was Redline Guide and owner Mike Cherim. He took a few photos with the family’s permission, posted below. Happily Mike reported, the family said we nailed it, gave them the perfect hike. Not too much, not too little, all of it, just right, and the view, well, a total a delight. 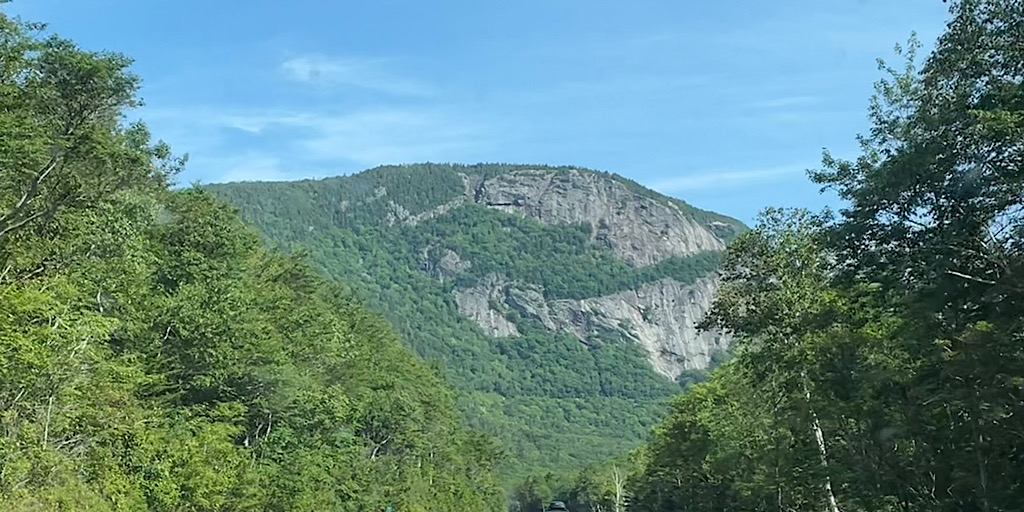 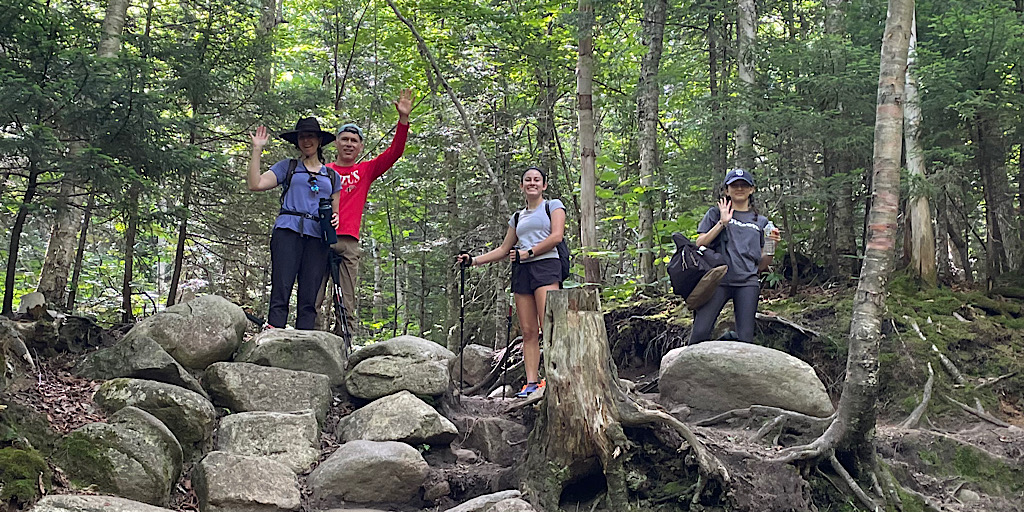 We make it to Centennial Pool — for like the 100th time. At least for us… 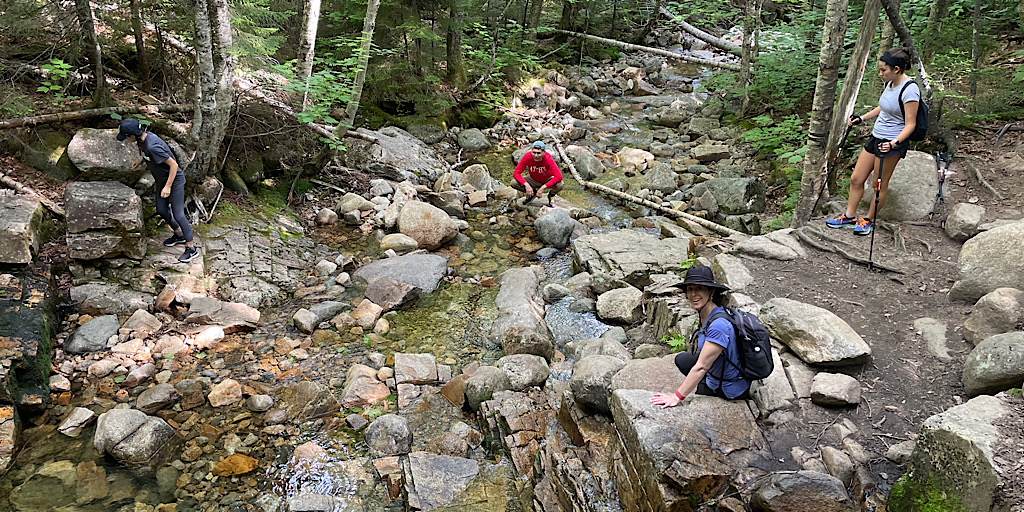 It was a first for them, however, and were extremely appreciative of the setting visiting it on the way down, too. 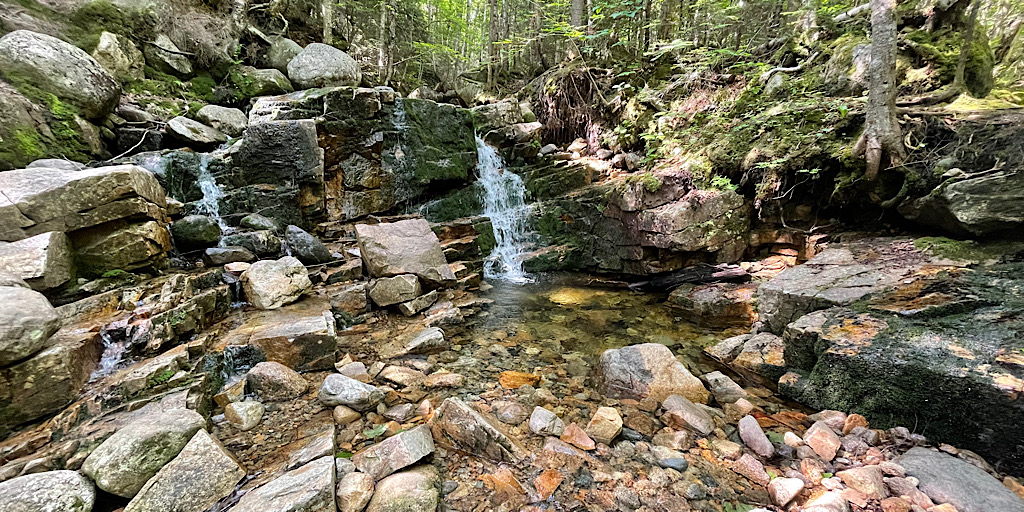 It’s beautiful from within the stream itself. 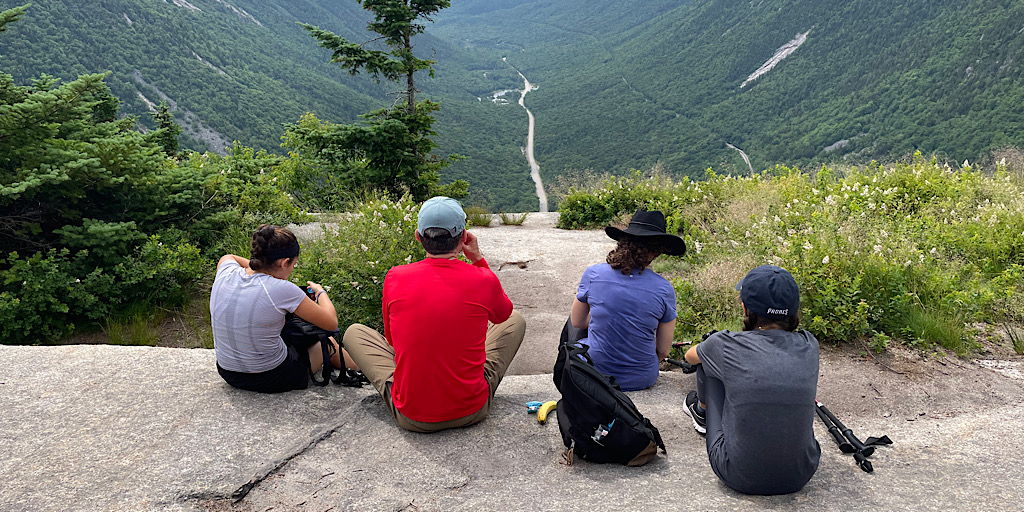 We reach the ledges and take a break. 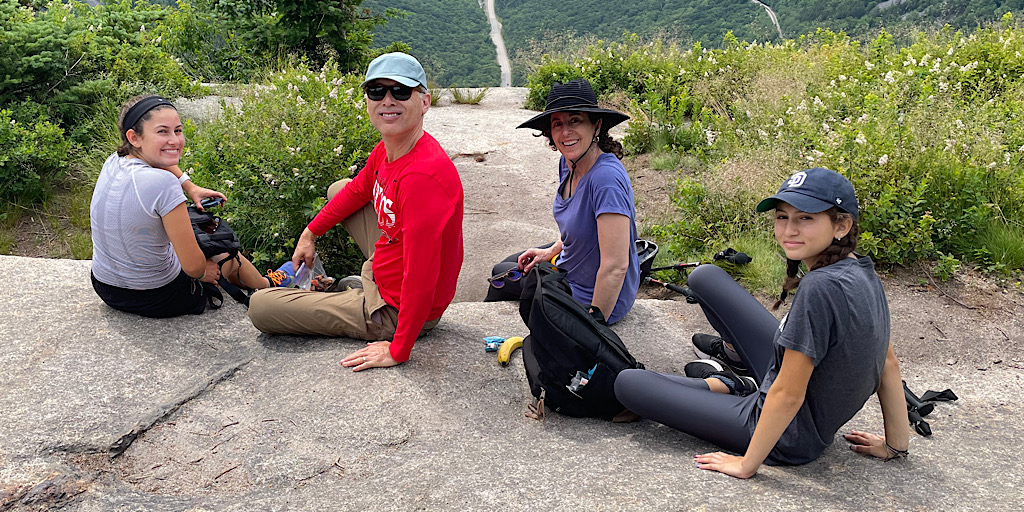 The family was happily taking it all in. 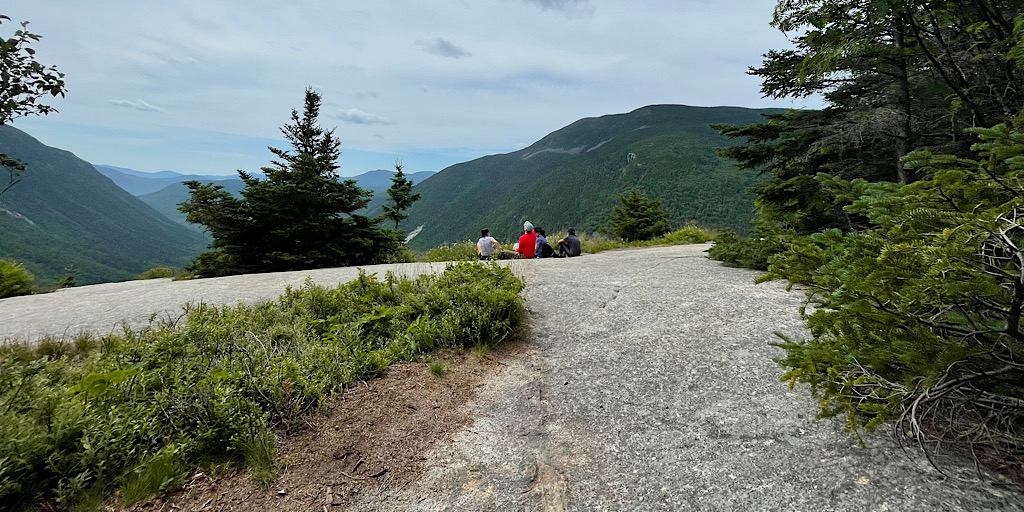 Mike gave them space to enjoy it together as a family. 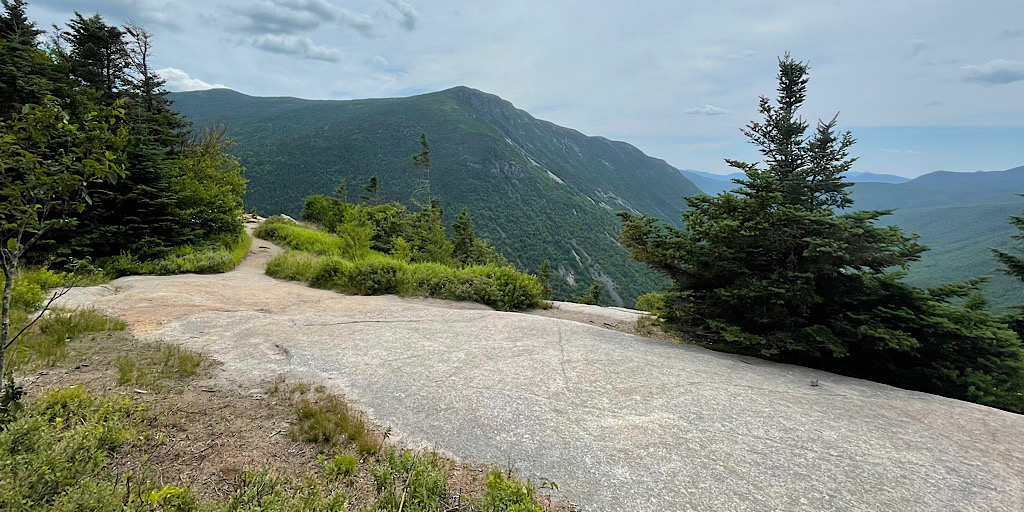 The crowds were light. 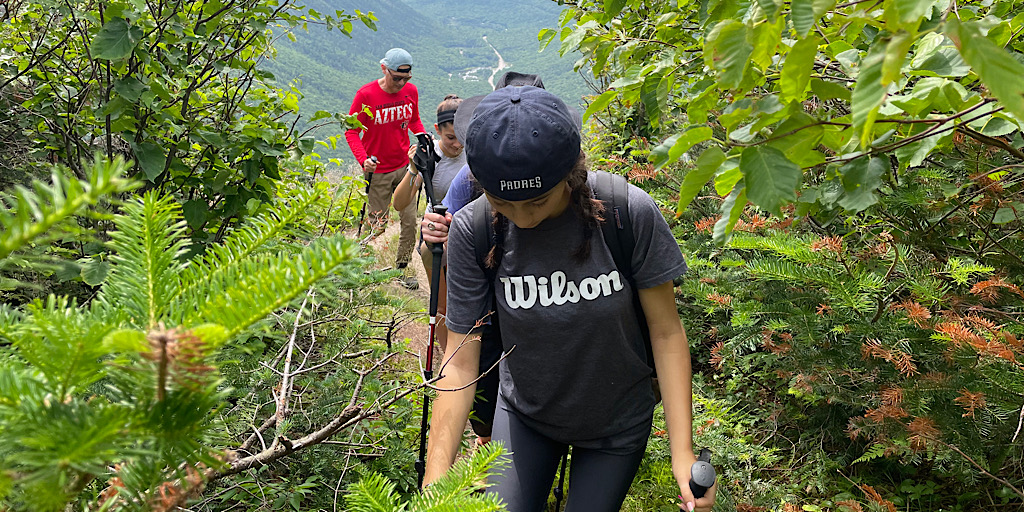 We explored further while up there. 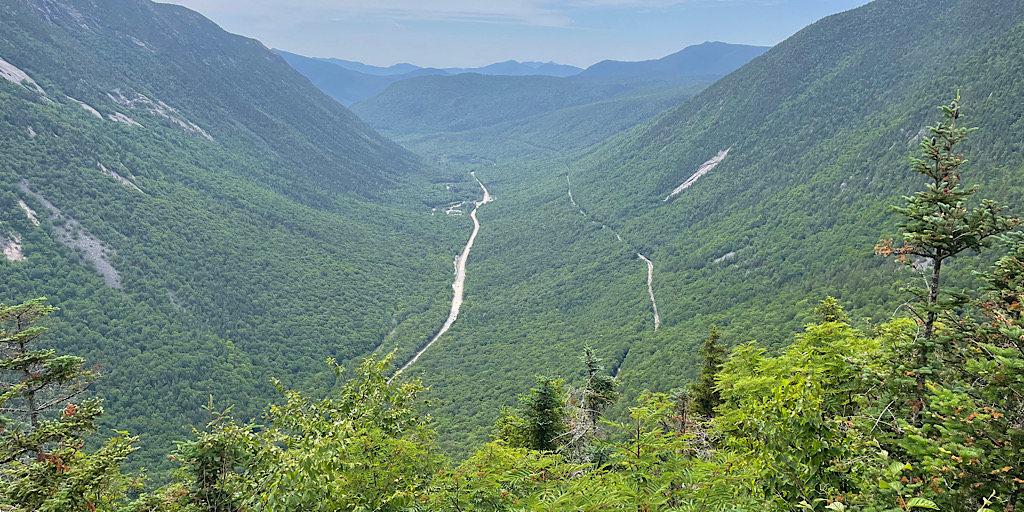 Our exploration yielded this view. Wow. 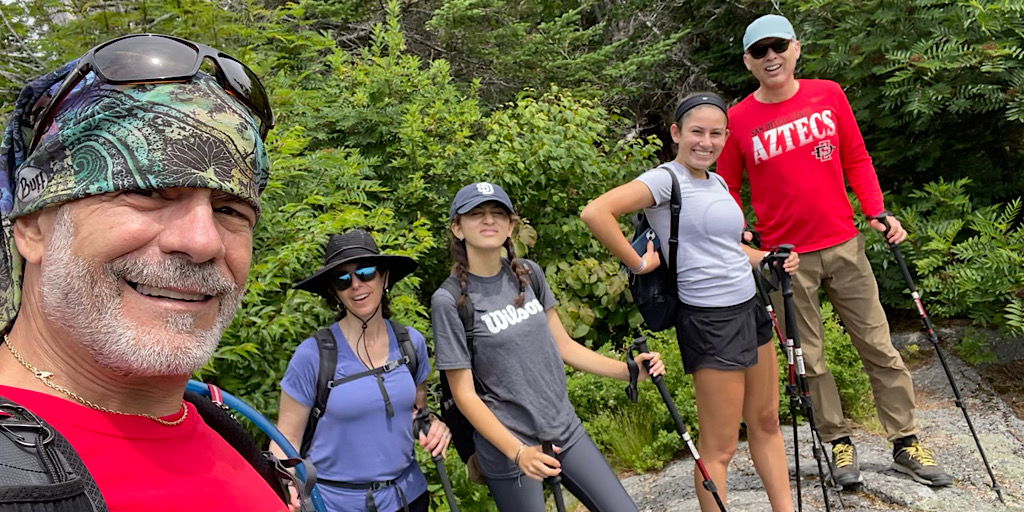 As seen from a new, third outlook.

Thanks for choosing New Hampshire for your visit. And also thanks for adventuring with Redline Guiding!