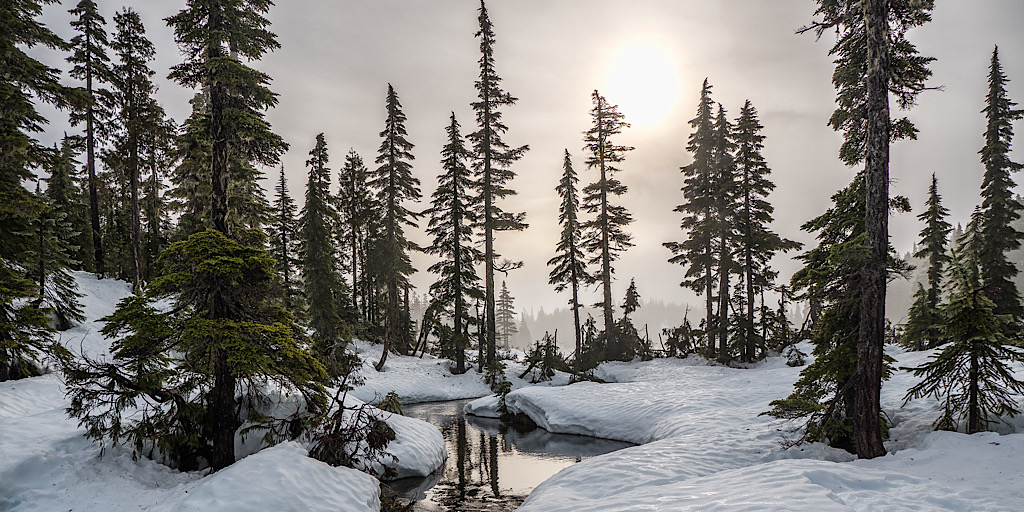 Realize, when growing cold, that you will never freeze to death no matter how often you claim that it is so. Hypothermia will readily claim you first.

Hypothermia — an insidious cooling of the body’s core temperature — is measured in stages that may correspond to some degree to the numbers on your thermometer. What begins as the body’s simple fight for preservation, a body so willing to part with its limbs, quickly escalates into a death spiral for which there is no escape without some sort of intervention. The air may warm, the sun may come out, the cooling breezes may subside, your clothes may dry, or a person with the right knowledge and gear may stumble upon your lifeless looking body. All serves as intervention, without which death is sure. In the outdoors, hypothermia is an all-too-common foe.

YMMV, short for Your Mileage May Vary, tells us that we as individuals might have different personal experiences, our physiologies differ, and people do have varying degrees of tolerance to the cold. That said, hypothermia is a process that might look something like this:

All was good, initially. I run warm so I delayered a couple of times as I charged up the mountain. I didn’t know this to be fact, though, I meant it figuratively. I hadn’t actually taken my temperature. Had I, however, I would have found myself chugging along at about 98.9°F. “Normal” is a range that centers on 98.6°F for adults, allowing temps up to 99.0°F. All is good at the moment, but I do need to drink and refuel. I manage this without stopping by planning for it, getting my systems just right. I fish some trail mix out of a hip belt pocket and grab the half-liter water bottle I keep on my person. I take a drink. It’s a warm-ish late winter day with the high expected to hit the mid-40s with a low of 20 degrees overnight.

I stop a little later, right before climbing above the trees, to relieve myself. I’m still feeling warm. It is a balmy 40°F but I had gotten down to a t-shirt so my arms will get cold quickly during my short break and I will begin to feel some cold stress. My core is warm but the cold is making itself known. “Brr,” I say to myself noting the damp, penetrating coldness.

“Brr,” I say again, this time followed by a slight shiver. If the sun was out I might feel warmer, but it’s not. It’s hidden by clouds, entering them as I climb further into the alpine zone. The grayness that was above me is now all around me. I’m fine with navigating in such conditions, so I press on unfazed. I can feel the cold penetrating my body. I stop again to pee. I really should have stuck to just one cup of coffee this morning. I had two “Americans” which are zero-sum — in goes water, out goes water — meaning they aren’t dehydrating me, but the diuretic is annoyingly making me have to pee which makes me feel even colder. I shiver again, this time with more force and duration.

I don’t know it, but I am experiencing some vasoconstriction (limiting blood flow) in my appendages because my core is cooling slightly and has gone into a slight preservation mode. As a result my heart rate has also increased, my blood pressure is on the rise, and my respiratory rate has risen. This is all covered up, however, by my exertion so all of it goes unnoticed aside from the minor discomfort of more cold stress. I add a layer, a long sleeve shirt. I shiver again, violently for a period, unable to stop. I know this is my body’s preservation exercise. The fact the shivering is so strong should be more concerning to me, but oddly, it’s not. Had I checked at that time I would have discovered my core body temperature had dropped to 94.7°F, below the 95.0°F mildly hypothermic line of demarcation.

I’m wicked smart, as far as hiking goes, anyway. I have all my layers, including a hardshell jacket. I should be wearing it over my long sleeve shirt or a fleece. That would be nice, I think to myself. I wear good fabrics, meaning not cotton but rather wicking stuff that works even when a little sweaty and damp. My mind drifts a bit. I’m so tired. I feel like an old man, but I’m not. I would love to take a break but I plan to do that at the summit and I’m not there yet. I press on, digging deeper. My mind wanders and it wonders and somehow in my reverie I stupidly walk off the route and am now meandering through a rock-strewn expanse of snow and ice.

I’m instantly furious I did this. A moment of clarity, perhaps? Wait, I’ve been clear headed this whole time. Right?! I’m not cold anymore — though if you called my bluff and took my temperature you’d realize my core has dropped to a shockingly low 87.0°F meaning I am actually moderately hypothermic being below 89.5°F. This would make me even more furious and grumpy if I were really aware of it. I continue on, stumble once, falling to my knees in the wet late winter snow, get up, and carry on. By myself. These signs and symptoms would be clear to any educated non-hypothermic person with me, but I went for it solo today.

Remember that climbing heart rate and those other early effects of the cold? (I don’t, but you may.) They reversed direction now slowing, reducing, getting worse. I’ve gotten worse. I wander along the ridge, no longer on the planned and well-known route but just out there. Think of an outlying featureless Arctic tundra and you get the general idea of what it’s like. Doing it in the clouds is even worse. It’s damp. And the breezes are heat-sapping. A lack of self awareness, a lack of a partner, a lack of insulation, and a lack of action, all conspire to take me down.

I wander. I wonder. I feel okay and take off my long sleeve shirt. I mean to put on another layer — part of me is with it — but I don’t. This odd behavior, this near-suicidal delayering, is known as paradoxical undressing and is known to occur with up to half of the reported cases of severe hypothermia. My core body temperature is now 81.4°F, below the 82.3°F that defines the upper limit of this stage. *Consciousness is slipping.

I wasn’t aware of it but I had set my pack down during my last layer break and never put it back on. I had delayered, thinking that is what I should do. I was wrong. I was now suffering the final stages of profound hypothermia — my core below 68°F and dropping like a stone. My mind was no longer engaged in the situation. I reflexively hugged myself, though unaware of the cold, and I looked for a terminal burrow, a place to hide myself, a place to die. I find a space, a little wooded cave, if you will, in the krummholz — the low growth-stunted conifers and yellow birch trees found in that zone. I enter this space, curling up tightly into a ball, hugging myself more tightly than ever. I am unconscious.

I was aware of none of this, but my wanderings brought me back to the route I began on. The flora that formed my tomb was right next to the trail. My brightly colored t-shirt visible to anyone passing by. And someone was indeed coming along. Not just anyone, either. It was a SAR team on a training shakedown. If they came looking for a test, they were about to get it. The lead member spotted me and they all went into action.

After clearing the scene, the first assumption of the rescuers upon looking for signs of life was that I had expired. I was completely unresponsive. No pulse or respiration could be detected. My heartbeat was so slow, weak, and thready that it was virtually non-existent. My skin had no color aside from a bluish tint in my lips. I looked dead. The lead rescuer, however, had one more thing to check. He gently pulled one of my self-hugging arms away from my body and waited briefly. The arm, as he hoped, began to close in once again. This action is reflexive and if I were dead my arm would have stayed in the position the rescuer put it in. It was going back. It meant I was alive!

With great care they got me off the ground and covered. Not to warm me, but to hopefully stop or slow the cooling. Below 59°F there’s usually no coming back so they wanted to keep me from getting worse. They were challenged, though. This cold the patient becomes super sensitive to jostling with even a minor bump upping the possibility of the heart entering a bad rhythm or stopping.

They were able to have me airlifted. Thankfully between aircraft instrumentation, some visibility, and the pilot’s mad helicopter flying skills, they were able to send down a litter, get me in it without killing me, then fly me to a hospital equipped to deal with such an extreme case. There they slowly warmed me and brought me back to the land of the living. “It was touch and go,” they said. “Any colder, any longer, any delay whatsoever and the chances would have plummeted even further.” And they added that I was very lucky.

A knowing friend, swifter protective actions, a more heightened and focused self-awareness. These things could have prevented this event from occurring but all were absent. In the end it was fate or dumb luck that saved the day. The SAR people being in the right place at the right time. The Air National Guard willing and able to send out the helo. A heart strong enough to take it all and rebound.

All of it could have happened. It didn’t happen, not to me, this is fiction, but it does happen all the time. According to the CDC, an average of 1301 hypothermia deaths occur annually in the United States. Many of these deaths are not in winter and not in extreme cold. To avoid this threat be aware of the dangers, know the signs and symptoms, and act timely and appropriately. Also, not going it alone — especially in “hypothermia weather” such as that described in this story — will improve your chances of not dying by the hand of this silent and inconspicuous rogue.

* PLEASE NOTE: At 81.4°F it is quite probable the patient would already be unconscious. Some liberties were taken in the telling of this piece of fiction for dramatic effect. Also note, the author is a Wilderness First Responder (WFR), not a medical doctor.