The Day They Died

Their batteries fought hard but, sadly, in the end they died! 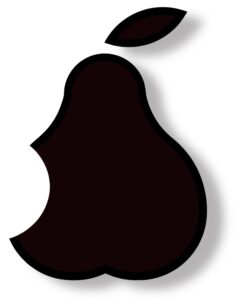 The weather forecast called for colder-than-usual temperatures on the higher summits that day. Added to that were the near-constant winds dragging those temps down even further. The winds wouldn’t be blowing the clouds away, however. Not that day. The forecast stated the summits would remain in the clouds and that visibility on the ground was going to be low to non-existent. A prior rime ice event along with some overnight snow squalls ensured everything was white on white, only leaving our hikers to provide some contrast on the mountain.

Fortunately they had their bases covered if visibility did drop to nil: They had a brand new yPhone® 19 ProMostest+® — the latest and greatest put out by Pear Technologies® — and on it they were running the latest version of the EveryPath® app. They also carried a neatly folded paper map; they’ve had it for years, stashed deep in a pack with a compass in a bag with some waterproof matches, a space blanket, and some other ‘murgency junk.

They don’t really use this stuff, and honestly, aside from knowing the red end of the compass’s needle points to north, they don’t know how to use it anyway. Like many, they’d grown dependent on their preferred tech. They should probably get something like one of those smart, subscription-based satellite service-supported “ReachOut®” thingies providing a lifeline along with an ability to send simple messages to an off-mountain point of contact or two. But, should-schmould, have you seen yPhone prices lately?! They can’t afford both. Their phone has taken over as their camera, and now it’s taken over as their navigation. Normally they wouldn’t go out in such conditions, but they’d planned this hike for a long time.

That’s how they got into this hypothetical predicament — this contrived-but-totally-possible scenario. You see, this was the day they died — their freaking batteries gave up the ghost, that is, and they lost their ability to navigate in the whiteout conditions they encountered. They almost got lost up there! And, temporarily, anyway, maybe they were. They didn’t stay lost in any case, but it could’ve happened. As it was, they caught a break, they could spot most of their route back the way they came.

Someone apparently, another hiker or climber, had cleaned the rime ice off the rock cairns on their ascent allowing the cairns to now stand out. “Why didn’t we think of that?!” the group exclaimed. “Come to think of it, now in hindsight, we could’ve used some ‘wands,’ too,” one added. These simple bamboo garden stakes with brightly-colored duct tape “flags” on them would have been super easy to use, planting them in the snow going in so they could follow them on their way back out, retrieving the wands as they went. All they had to do was think about this and other what-ifs a bit more; to throw a little brain power at the endeavor. They didn’t, though. The electronics led to complacency — a condition that has taken more lives than cotton.

As noted in the paragraph above, a bit of thinking can go a long way. In this case it was the other guy’s thinking that really helped our party out of this hypothetical situation. Using your head and not just blindly and fully relying on a single electronic device like a cell phone is absolutely necessary unless you really like rolling the dice. Using your head along with the electronics is offering a level or two of redundancy, but you can do more. There’s more to it than carrying a charger — which requires charging itself — or spare AAs.

For example, you can really learn to use a map and compass on a very practical level. If for nothing else, use these items to identify nearby mountains-of-interest by simply orienting your map, or safely return to the trail or camp after venturing off for a private commune in nature (a.k.a. going number two). You may see humor in that, but it’s not funny to those who have found themselves in that panicked state of not knowing where they were. People have died. These tools can empower them, they can empower you. These tools offer redundancy. A topographical map can point out terrain features like ridges and waterways that can be followed by way of “hand-railing” (keeping a stream on your right, for example).

Also offering redundancy are more electronics, but with only those with independent functionality and independent sources of power. For example: a handheld GPS-enabled satellite communication device. We won’t name specific brands, but these range in sophistication from simple “push-for-help” functionality — a Personal Locator Beacon (PLB) or Emergency Position-Indicating Radio Beacon (EPIRB) — to multifunctional satellite-powered communications. The latter devices are expensive, however, and often carry a periodic charge, but these higher-end gadgets have extended functionality some will find worth it in greater peace of mind.

Someone to Be With You

In the winter, in particular, hiking with another person, a human redundancy, can be instrumental. Hypothermia — a dropping of your core body temp — robs its victims of their judgment. If this happens, intervention becomes necessary as the patient may no longer be able to see to their own needs or even identify with them. Intervention may occur in strange ways, though… the sun comes out and warms things up, for example. The most sound approach, however, besides trying to stay out of trouble to begin with, is to have another person with you. A professional guide, a knowing buddy, perhaps members of a hiking group. In really cold weather, an observant partner/s can also identify frost nip before it bites. There may be some safety in numbers after all.

Someone to Miss You

Do you want more redundancy? You should answer “yes.” A reliable friend or family member can further your redundancy — even when with a group. All you have to do is inform them of your time line, route, even what color pack you have and what car you’re driving can be helpful. If you don’t return by an agreed-upon time (plus a little more), this reliable person can call for help (9-1-1). For starters, the authorities can drive to the trailhead to see if your vehicle is still there. The conditions and other factors will shape the actions that may follow.

They Could Be Looking for You

If you are past due, do try to reach out to those on standby. Leave a message. Send a text. And if you are overdue, do answer your phone if someone calls, even if you don’t recognize the number. If you are having an emergency in the backcountry, as part of a proper response, call 9-1-1. Even if your phone claims there’s no signal. “No signal” means you can’t reach the network that serves you, but there are 9-1-1 repeaters out there that will connect your call. No signal? Dial anyway, then wait.

It seems like every year people get lost on Franconia Ridge. They hike up Falling Waters Trail, make their way across the Franconia Ridge to Mt Lafayette, miss the sign, then start heading down the rugged Garfield Ridge Trail, instead of heading down Greenleaf Trail to Old Bridle Path. This wouldn’t happen as often if hikers would not just carry a map, but also take the time to carefully review it ahead of time, learn the route, and investigate using the other resources at their disposal. There are many resources out there.

Same goes for electronics. Don’t just carry them, but know them inside and out. Map out and scan your route, get real-time LIDAR data if you know how. Know your bailout points and options. Make sure you sync your devices ensuring the map datum in your electronics matches that of the up-to-date paper map you’re carrying. Datums will include WGS84, NAD27, and NAD83. The latter is ideal in North America, but match your map. We also suggest using the UTM position format in your device as well, provided, that is, your map features a 1km UTM grid (in blue), as well as “Eastings” and “Northings” along the frame of your projection.

We will avoid naming names, but apps like our fictitious “EveryPath®” should not be relied upon since much of their information is user-furnished. This is all fine and good from a community standpoint, but when we start seeing erroneous and non-existent trail names being published it’s time to draw the line. Nothing beats a current map so buy one today. Looking for something local?

Regardless of your methodology, combine your resources and do your due diligence. Plan to work at it. Tools are worthless if improperly or carelessly used, or worse, if not used at all. If your batteries die out there, it should be nothing more than a minor inconvenience that is easy to correct and easy to overcome. Plan for it. Check yourself because out there it’s all on you.