Taking on the Great Gulf 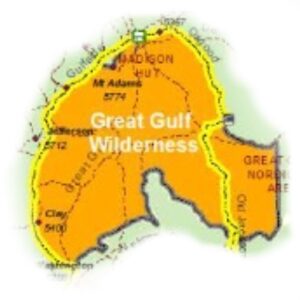 One of six wilderness areas, the Great Gulf, is stunning. This 5,552 acre tract of land was designated by Congress as public land that should be protected by way of the 1964 Wilderness Act. It stands to reason, the area feels wild, dark, deep, rich, and even a bit mysterious or foreboding — and all while being beautiful at the same time. The Jefferson Brook feeds into the West Branch of the Peabody River which always seems to rage through lending a sort of rugged uncontrollability to this area. Our business in there this time was to help a retuning guest working on his Terrifying 25 (T25) list get the notorious Six Husbands and Sphinx Trails. And to make things even more exciting, this all took place during an alpine wind event. Spicy. On point for this was Redline Guide Will Murphy so our guest was in good hands. After the trip Will offered the following words about their time as well as a bunch of photos and some video, which of course we put into a movie.

Our guest was motivated to complete 2 more of the T25s and they happened to be in the Great Gulf: Six Husbands and Sphinx.

We met Saturday at noon to begin our hike planning to stay for 2 nights. We arrived at the tent site near the junction of Six Husnads and Buttress Trails and set up. Once in the Gulf, there is no contact for weather updates so our plan for the two T25 trails on Sunday was based on the forecast from Saturday at 4:40am!

Heading up Six Husband Trail lives up to its reputation for challenges and thrills. Upon reaching Jefferson’s knee an updated weather forecast showed the compression zone advanced sooner and the winds would be higher as we traversed Gulfside Trail (AT) to Sphinx Col.

We managed the high winds getting through to Sphinx Col. Once below spring the winds diminished and we had some views, but they were mixed in with clouds. Against the early signs of fall in the backdrop, it was quite beautiful.

Making it down the Sphinx Trail, we returned to camp. All in all a very rewarding and fulfilling trip for our guest, with the addition of high alpine winds! —Will Murphy

Well done one and all… and thank you for adventuring with Redline Guiding.