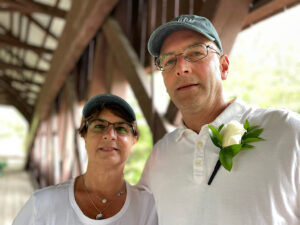 This is just a short shout out/congratulations to a couple who just renewed their vows after 23 years of marriage.

Redline Guide and NH JP Mike Cherim suggested the Swift River Bridge in Conway. It’s a rustic, charming, and pretty classic covered bridge — emphasis on covered — and is also pedestrian only. Perfect, he thought. The couple also thought the idea sounded like a good one so off they went, carefully caravanning through traffic. Soon after they arrived Mike performed a custom vows renewal ceremony for the couple.

Here are a few photos of the event… 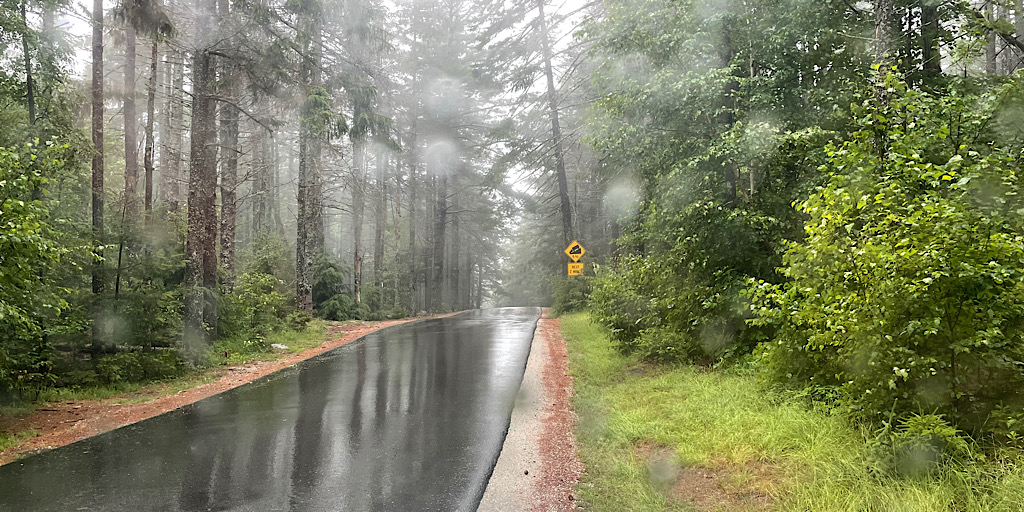 Define icky. There you go. 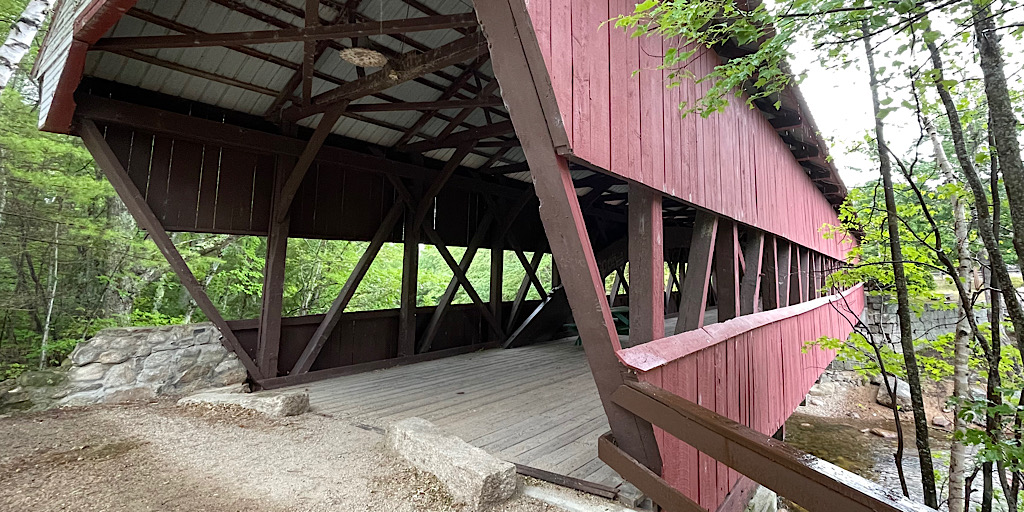 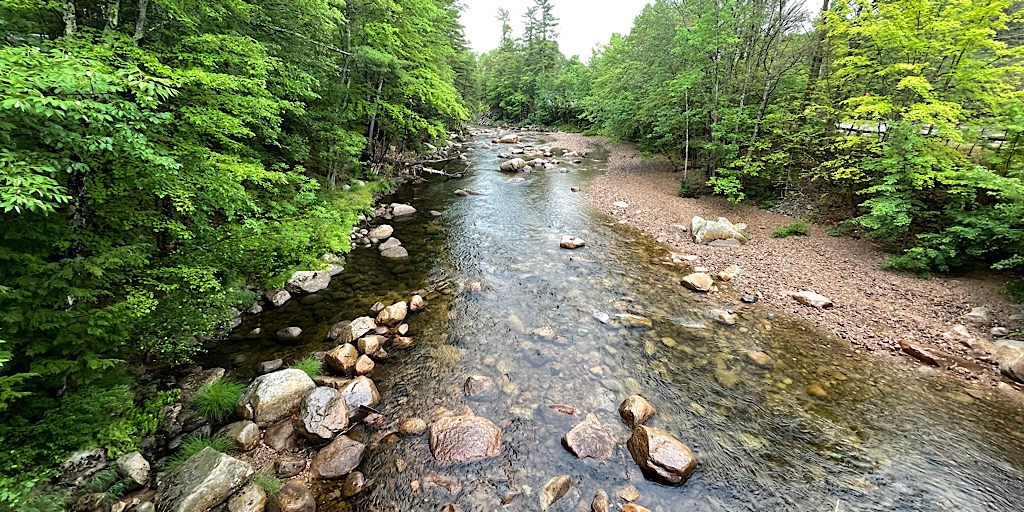 The Swift River, before it dumps into the Saco. 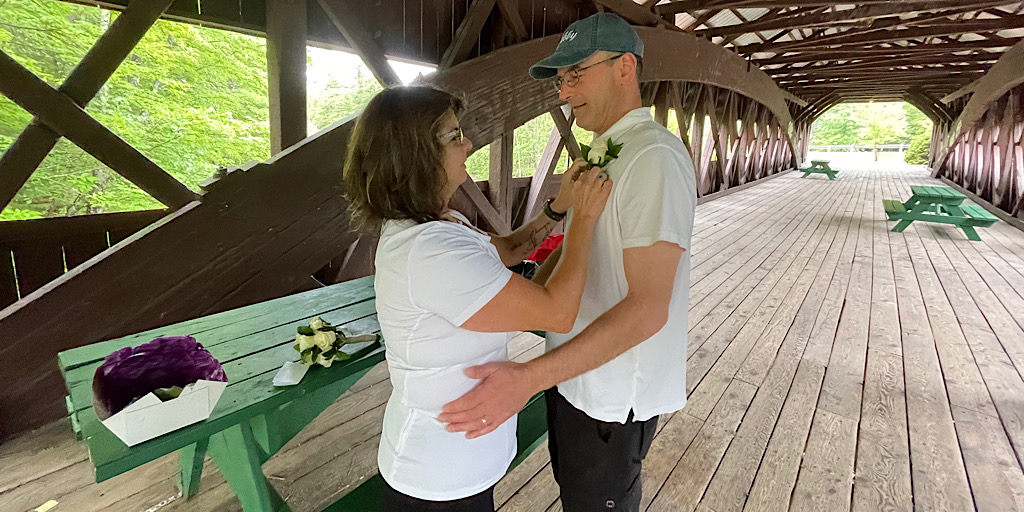 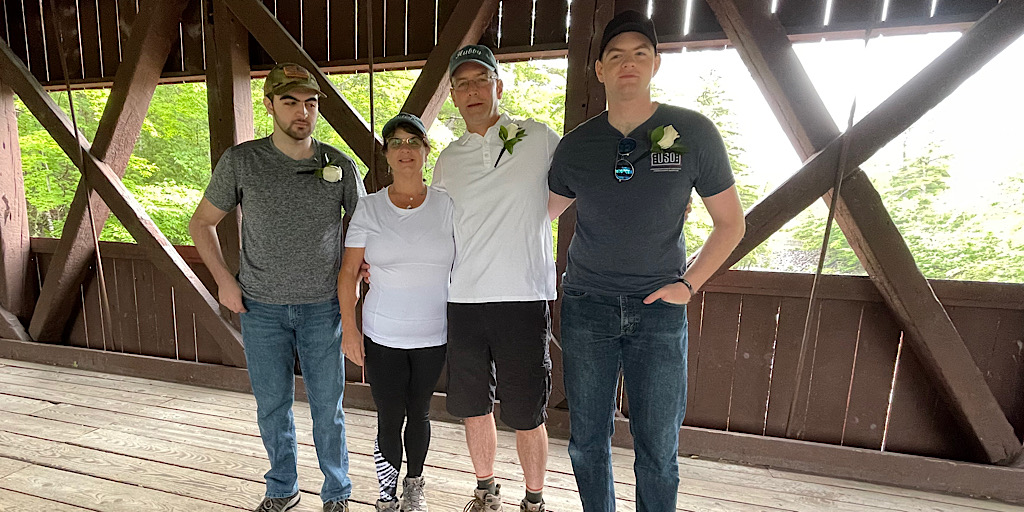 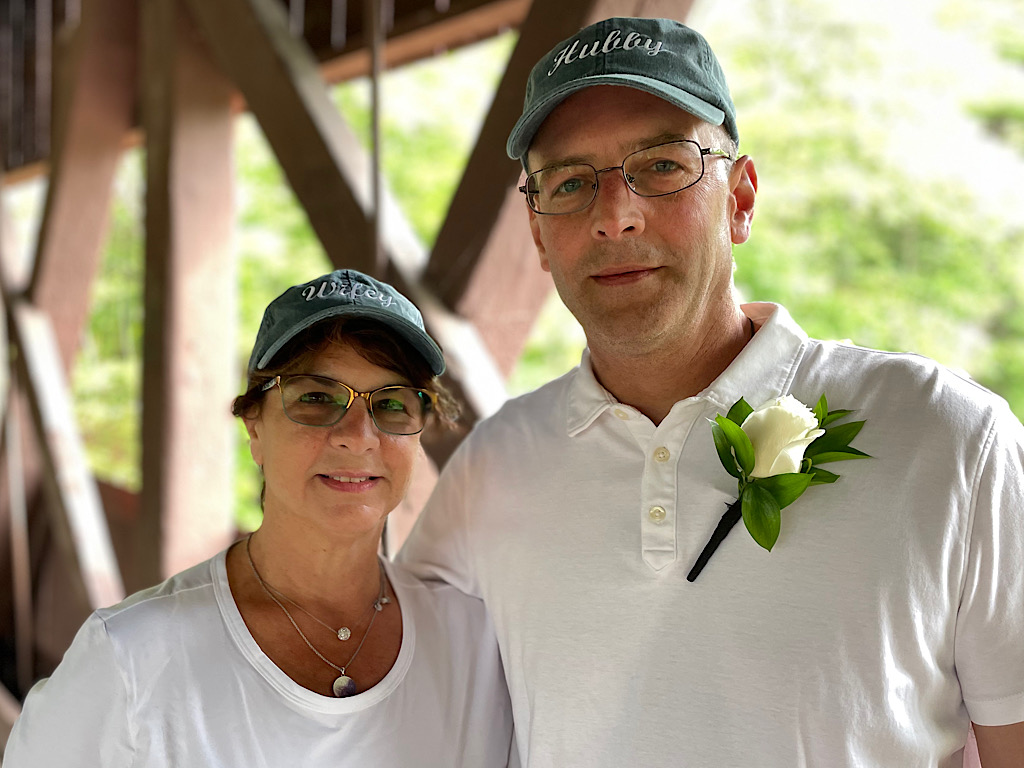 Congratulations you two love birds! Thank you for letting us be part of your special day! 🥂