A Break in the Weather 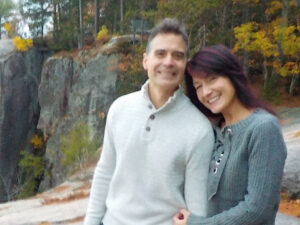 It was still dark when they met at the gated access road to Cathedral Ledge. A State Park employee was ready with the key to the lock so as to open the gate for them allowing drive-up access to the summit. The only souls present on the road or on the mountain were the bride and groom, and our Justice of the Peace, Mike Cherim. Mike drove with the off-road lights on on his Jeep and was turning night into day. Also performing this feat of magic was Mother Nature herself. As the couple followed Mike to the open ledge just north of the main viewing area the sky began to lighten. To the east a thin layer of orange light was shining between the layers of cloud. The rising sun casting its glow of awesomeness between the low cloud ceiling and the undercast-like ground fog. The drizzle had stopped. This was going to be good.

For years and years the bride and groom had known each other. They worked together, she at his company, and slowly became friends. Throughout the years they would see each other as life progressed, one in one relationship, then the other in another. Never themselves considering each other, not that the timing was ever right, anyway. Until one day, that is, when it suddenly was. They looked at each other, both single at the same time. Both with the experience of their solid relationship built on trust and an unwavering friendship behind them. “What were they waiting for?” they wondered. They suddenly had each other. They seized the moment.

Very much like how the sun was able to briefly shine between the layers of cloud, this couple had their brief moment in time to act so they did. Mike enjoyed a cliff-top coffee with the couple after the ceremony where he learned their full story, and they soon found themselves back standing in the drizzle, completely shrouded in a cloud. Their moment well taken and behind them now. And as a result, ahead of them a future together chock full of promise and possibility. All thanks to a break in the weather, so to speak. 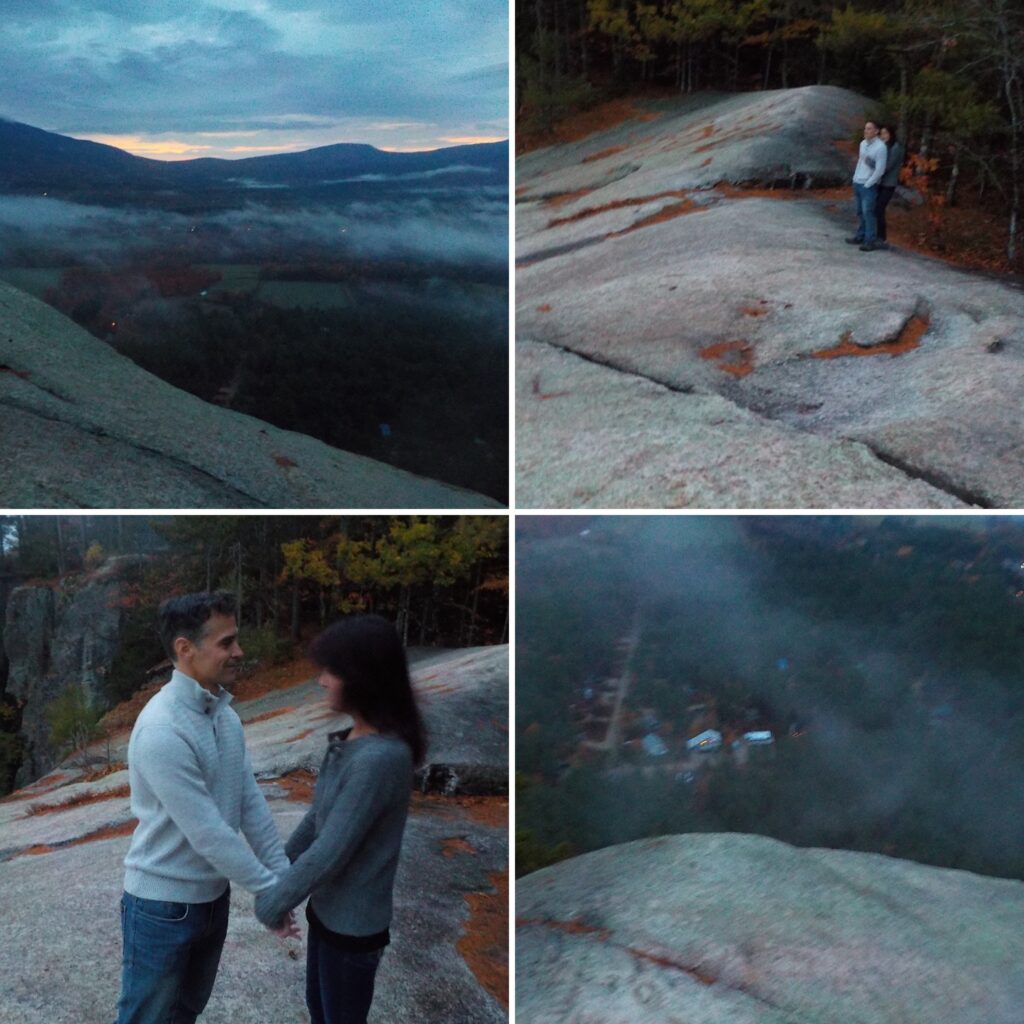 Here are some random scenes from their wedding atop Cathedral Ledge in North Conway, New Hampshire. 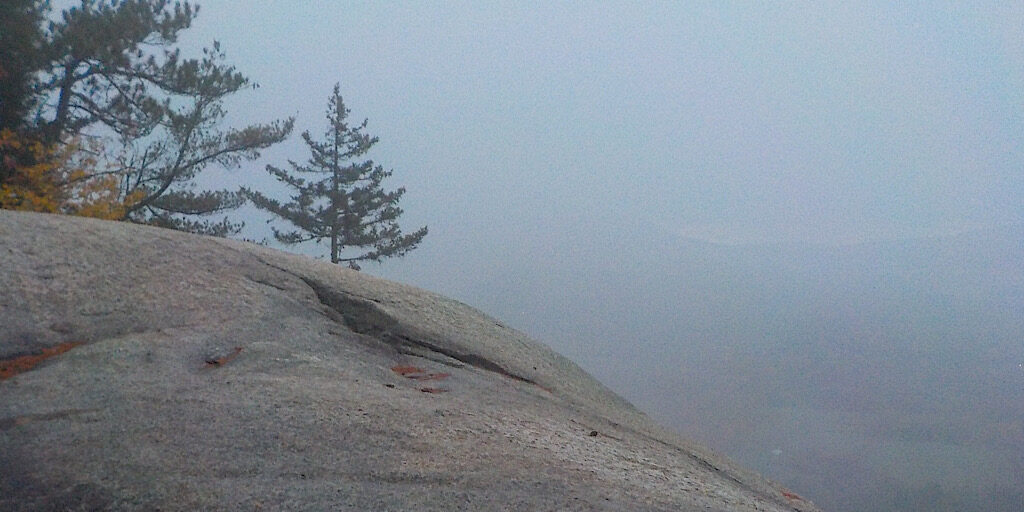 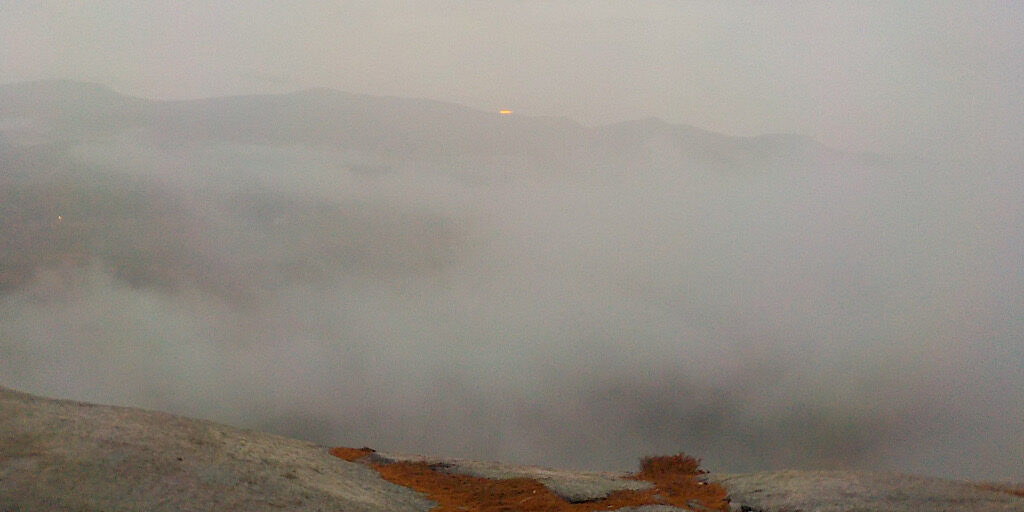 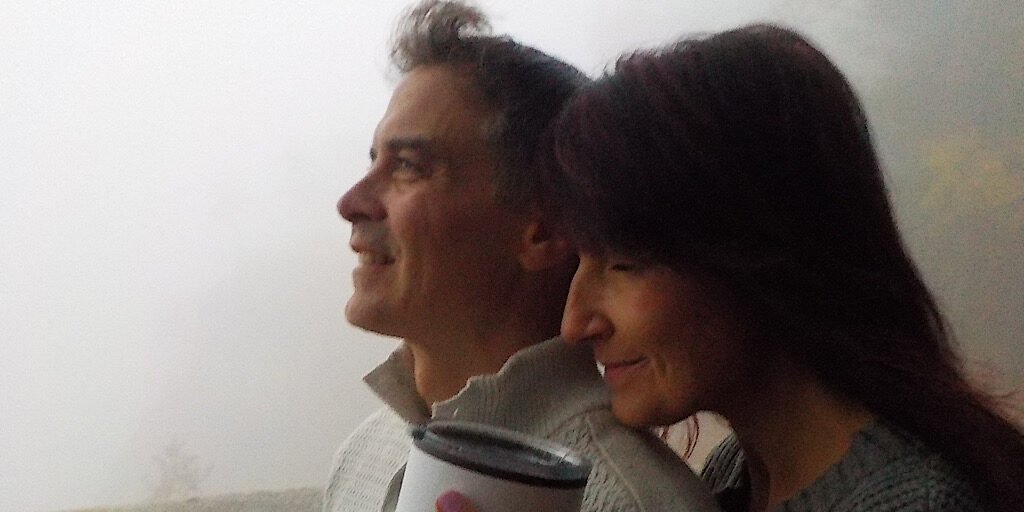 Warmth in the moment. 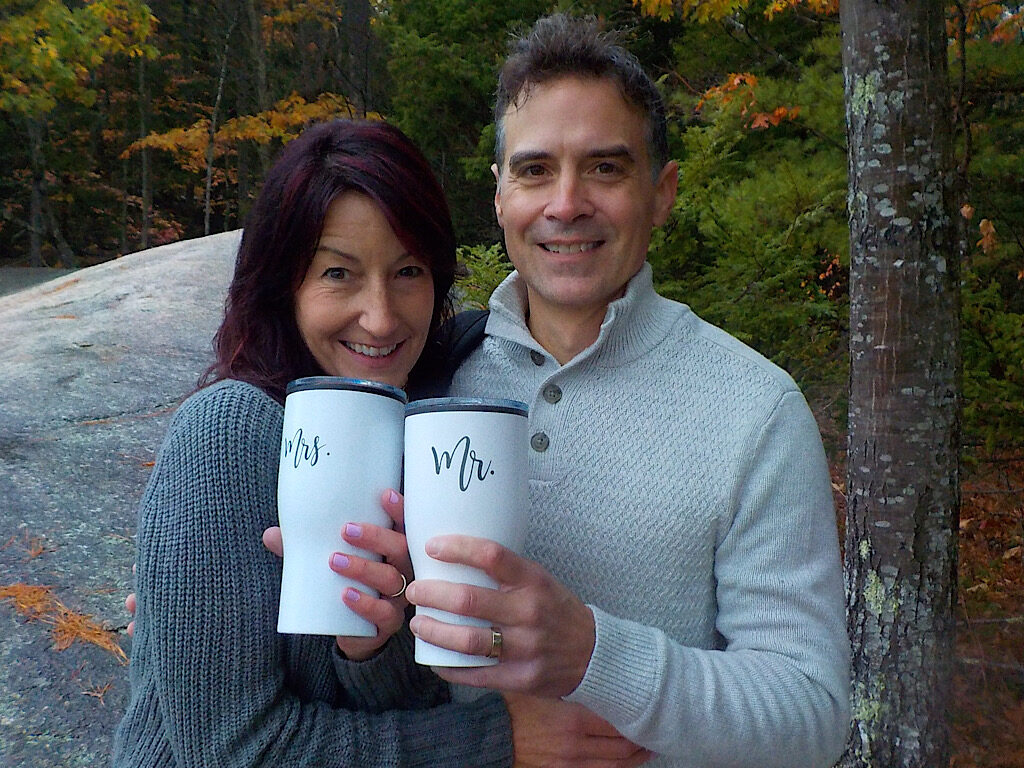 Congratulations Alvin and Cheri. We wish you the very best and that you’re able to always find that thin layer of perfection.