Two Out of Three Ain’t Bad

A many-time returning guest came to us for help with some mountains in Baxter State Park way up yonder in Maine. She actually only needed help with one of them, but the others are on the way so we guided. Namely, she wanted help with the 3867′ Fort Mtn — one of the New England Hundred Highest peaks — but Coe and the Brothers, South and North, were enroute. Our guest was accompanied by her husband, but it is she who is the peak-bagger so this is her story.

In what may be standard fashion, the team, led by Redline Guide Ken Hodges, ascended Mt Coe (3795′), first, taking on its steep and impressive slabs, then continued onward to the South Brother junction. There they took the spur to the 3970′ summit and back. Back on trail after that detour, it was time for one more, this one toward the 4151′ North Brother. She didn’t need this mountain, having done it previously, but Fort was beyond it and that was the goal. But sadly that didn’t happen.

Unfortunately our guest’s knee had been bothering her. It’s been an on-going issue. She had been sucking it up, dealing with the pain but not after dropping down into the tight spruce-lined tunnel that leads to Fort Mtn — it’s a bushwhack — the thought of continuing on was too much to bear. Our guest is super fit so it’s understandably frustrating for her to have to throw in the towel so close to her goal, the engine running fine but the suspension giving out. But she was also being realistic considering the level of discomfort, and logically when considering safety.

She will need some time, but we know this guest pretty well and she is no quitter. We have a feeling Fort is still on her RADAR, she might not have realized it yet, but then she’ll read this and know that she just has to do it. Someday. In the meantime, let’s look at some awesome photos Ken took of what they did do. This is Baxter State Park. It was worthy. 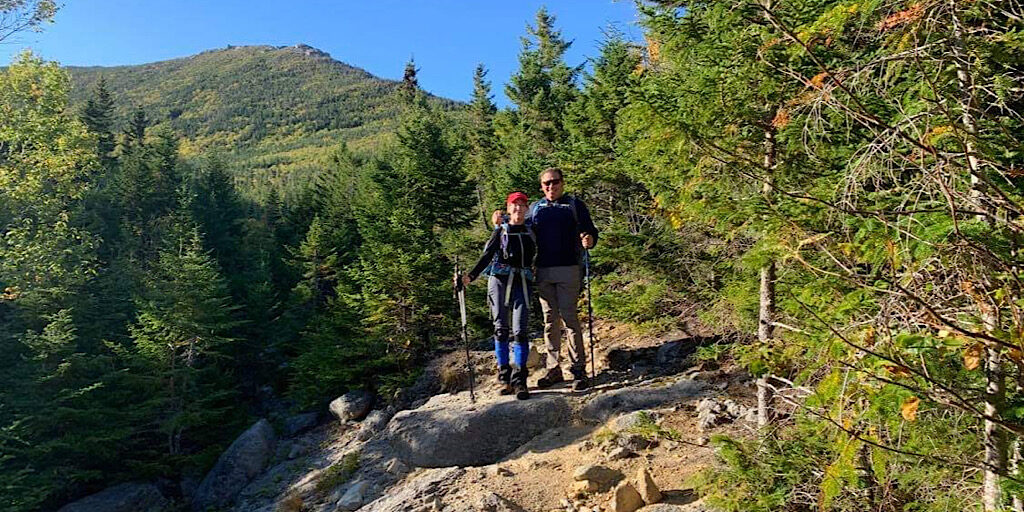 Our guest and her husband. 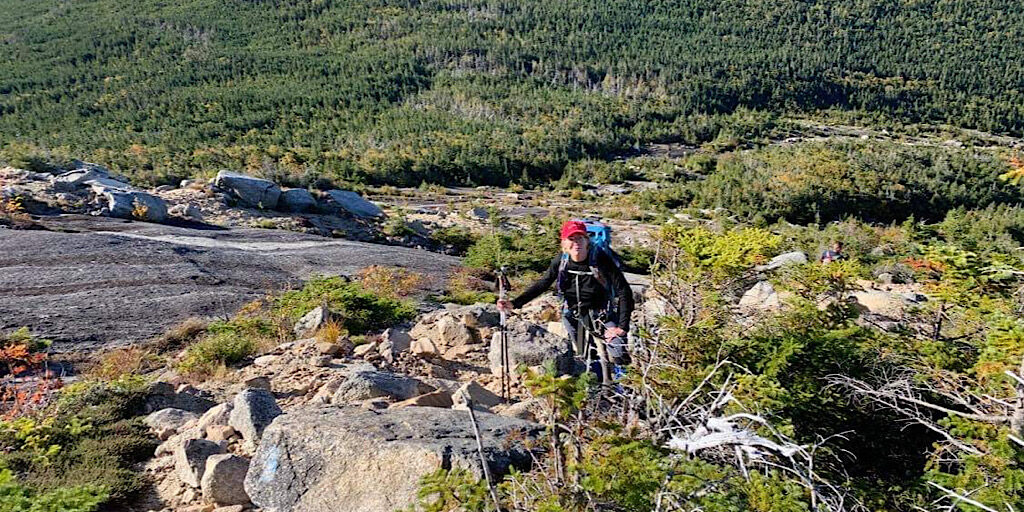 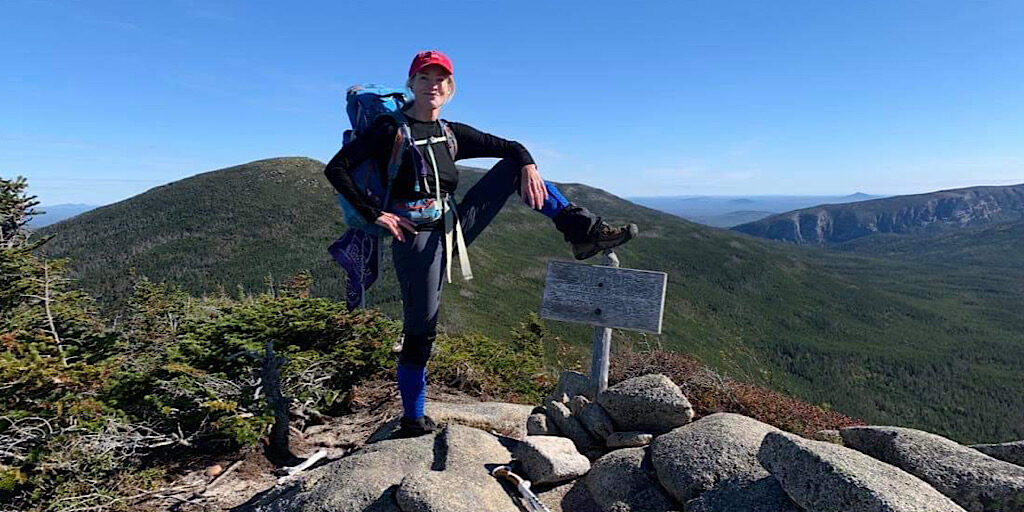 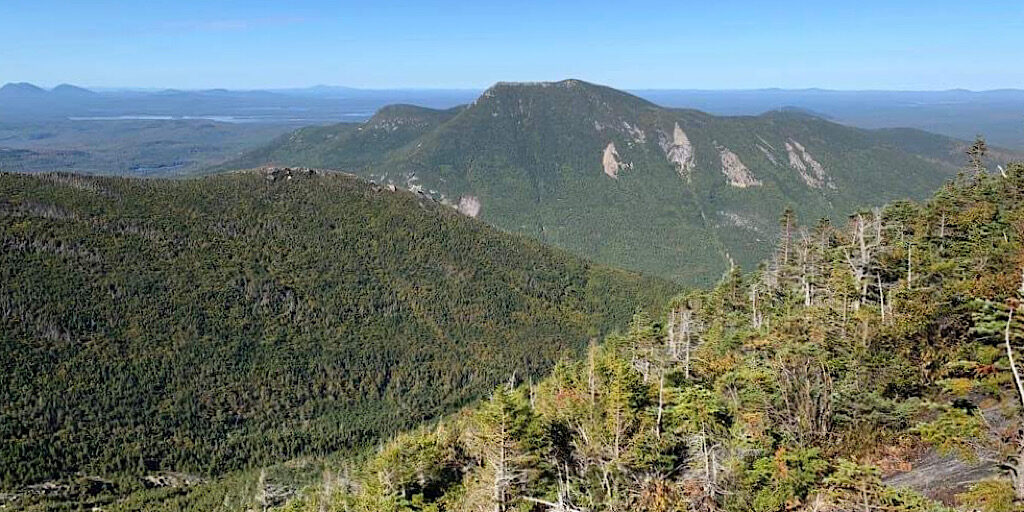 And the view it offers. The flank of OJI and the aptly-name Double Top. 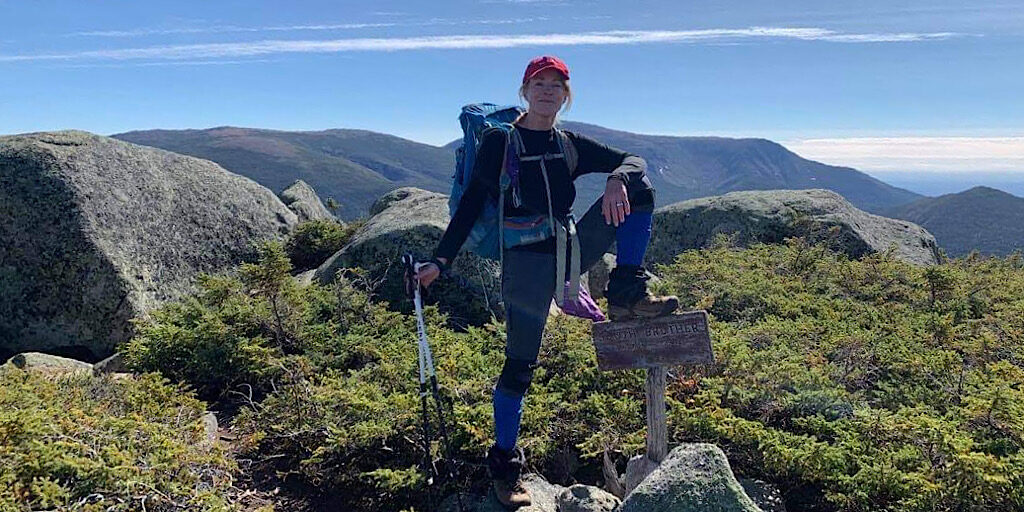 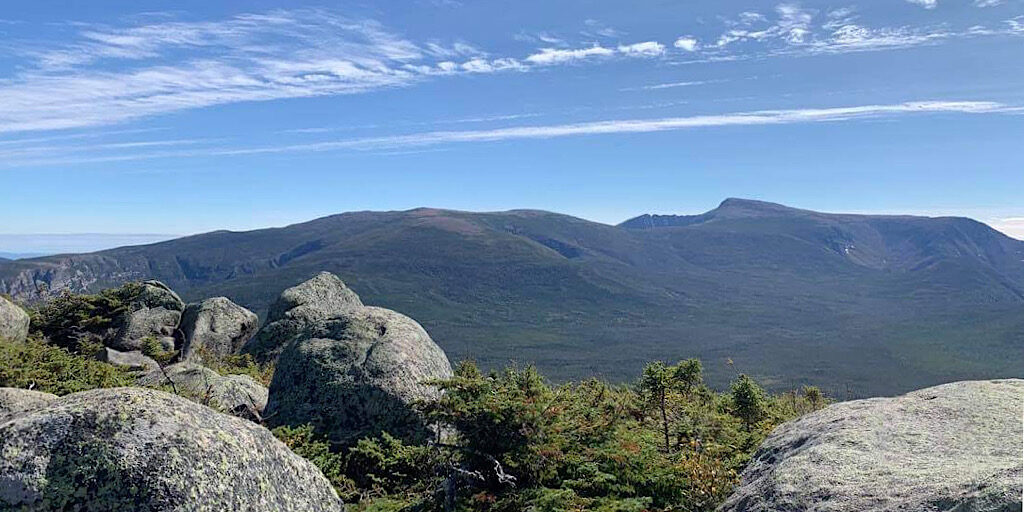 More views from South Brother. Hamlin and Baxter Peaks (Katahdin) in the distance. 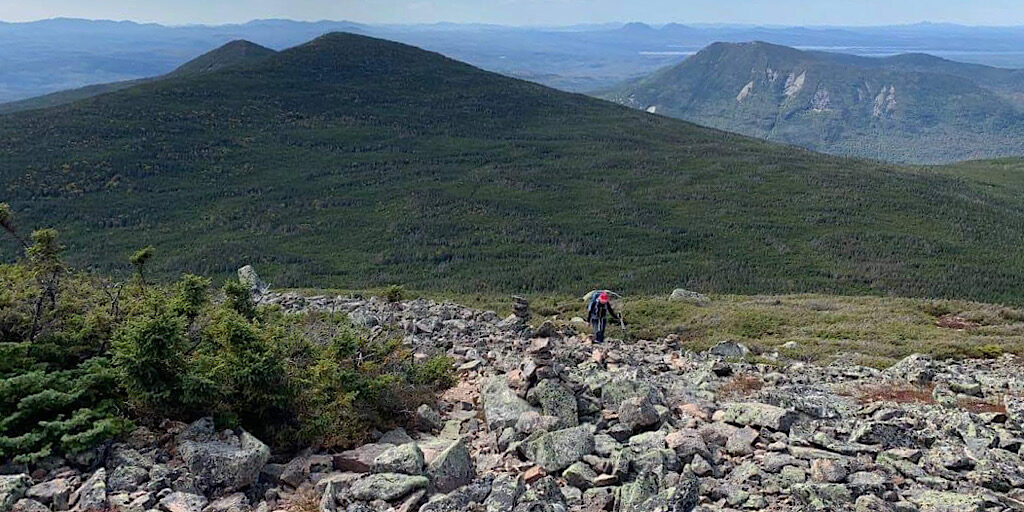 Leaving it all behind for North Brother. 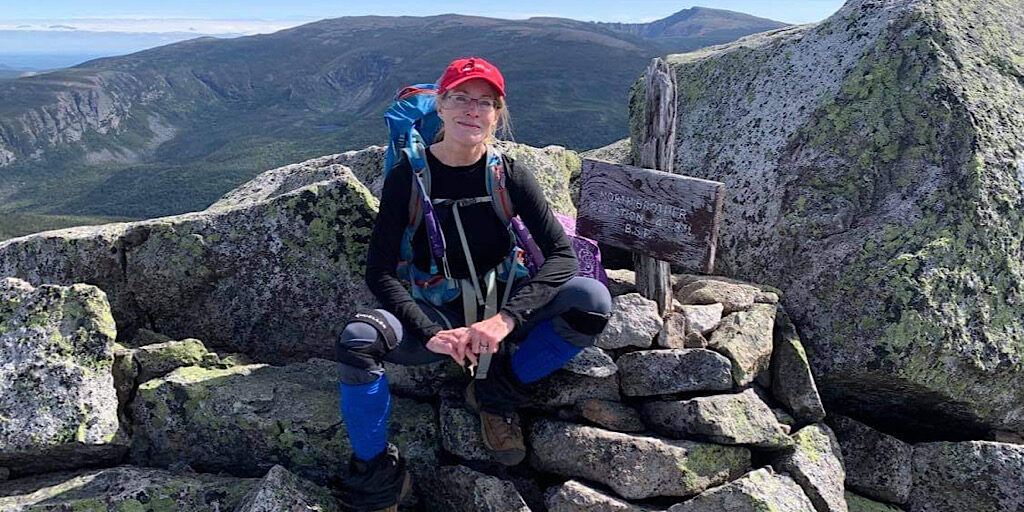 And that summit falls — again. 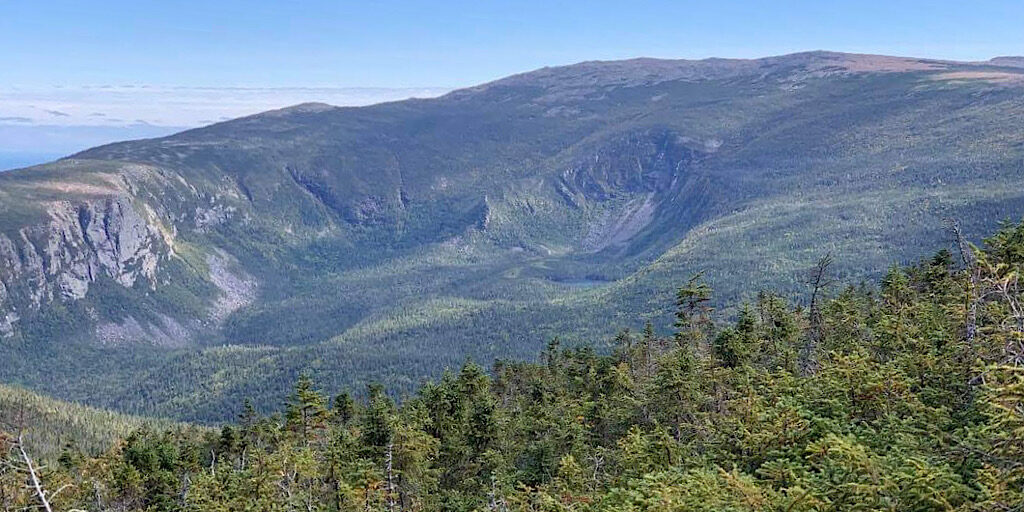 The views here are amazing. Just look at that geology. 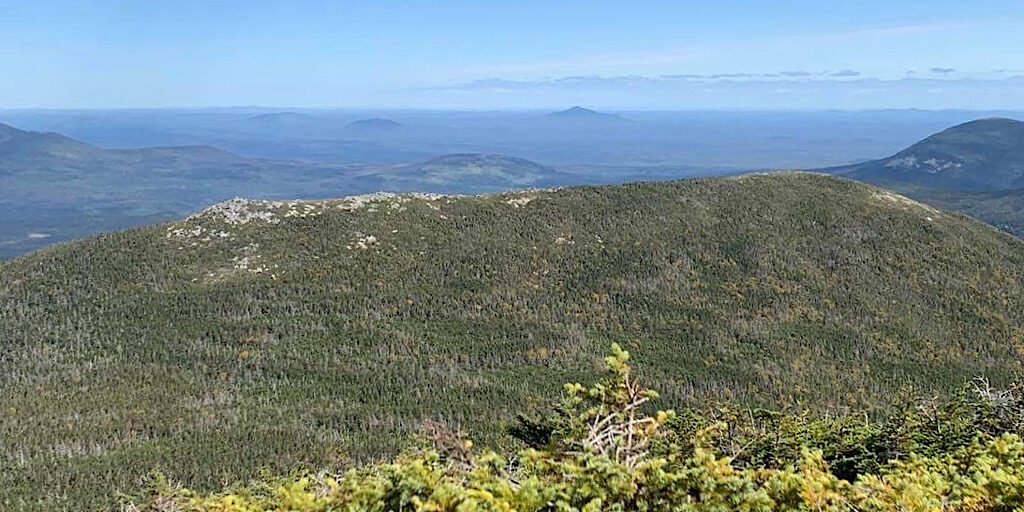 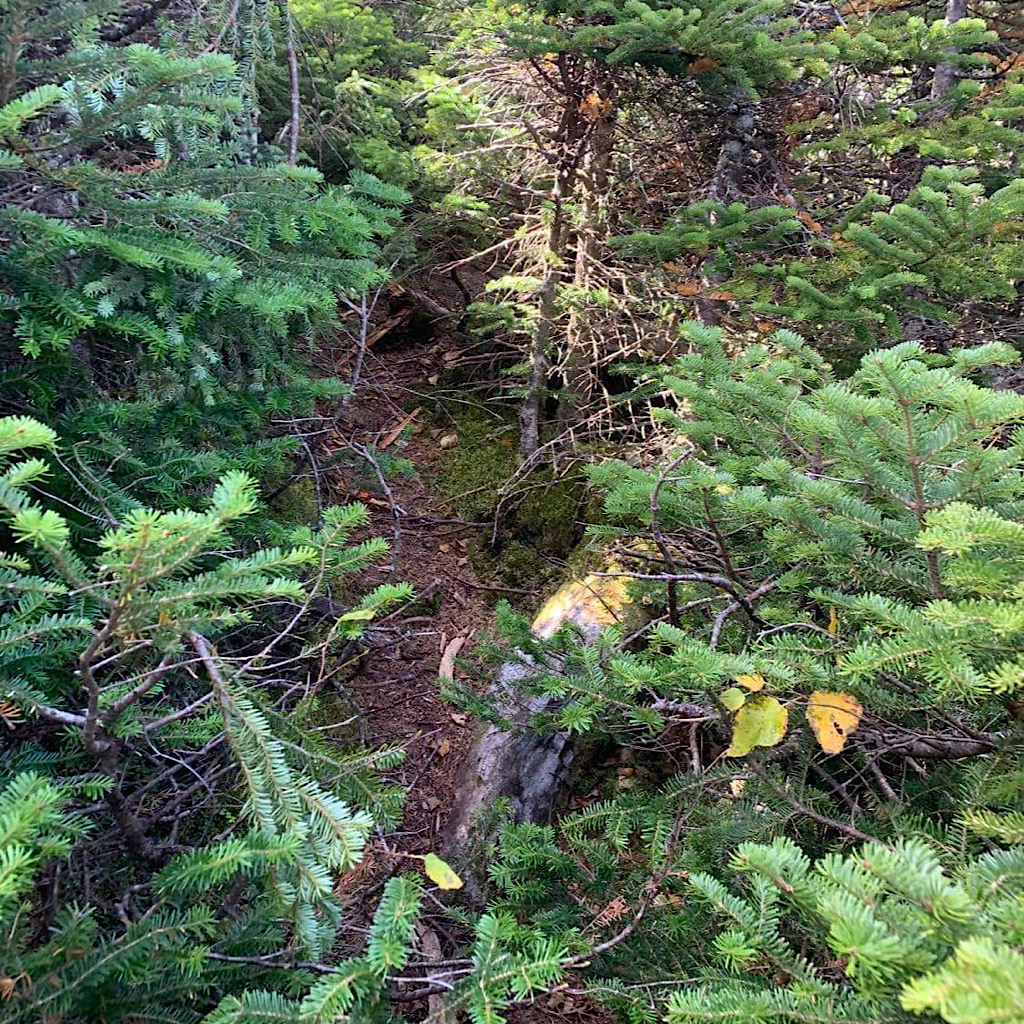 THIS is in the way. 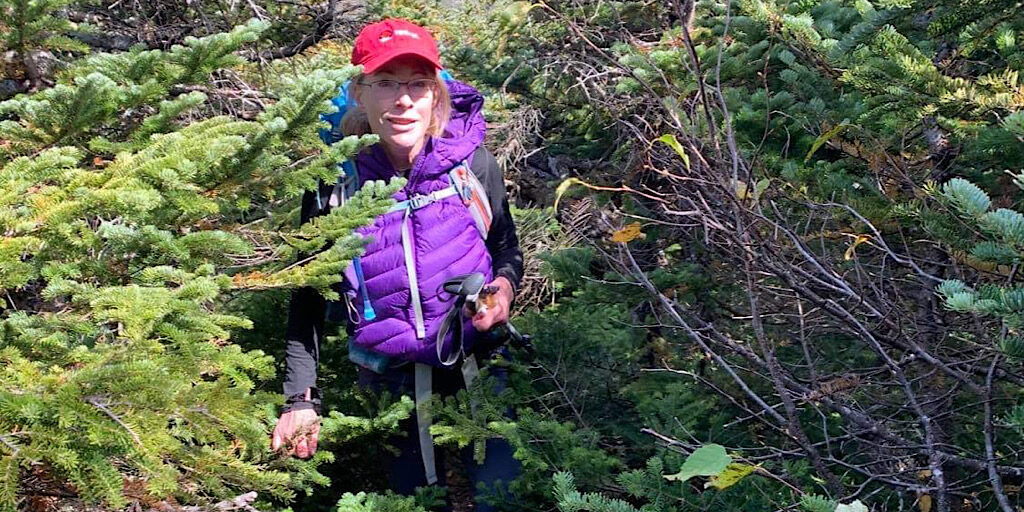 She’s smiling, but (with her permission) we’ve given it away. This is end of the line. 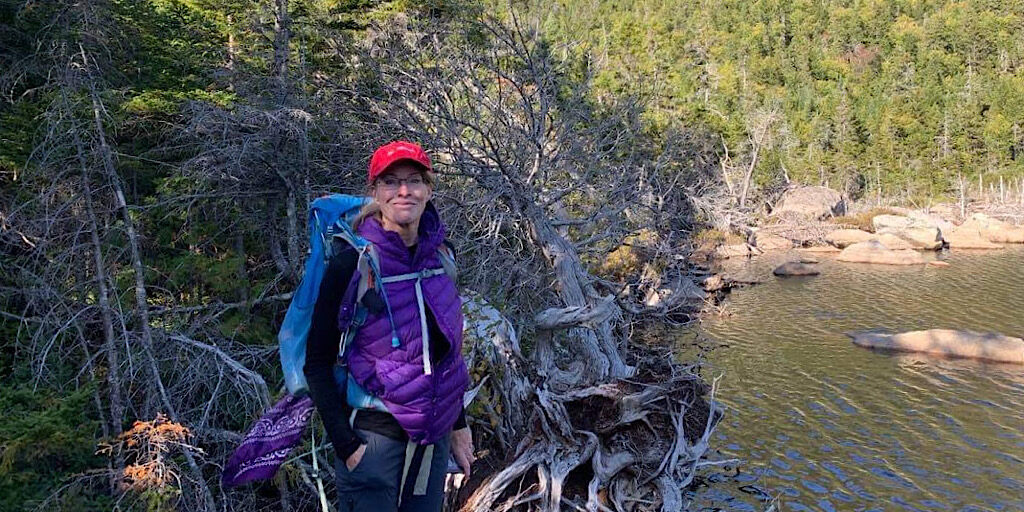 They descend. She is feeling a little bit better. Physically, anyway. There is a sense of sadness. 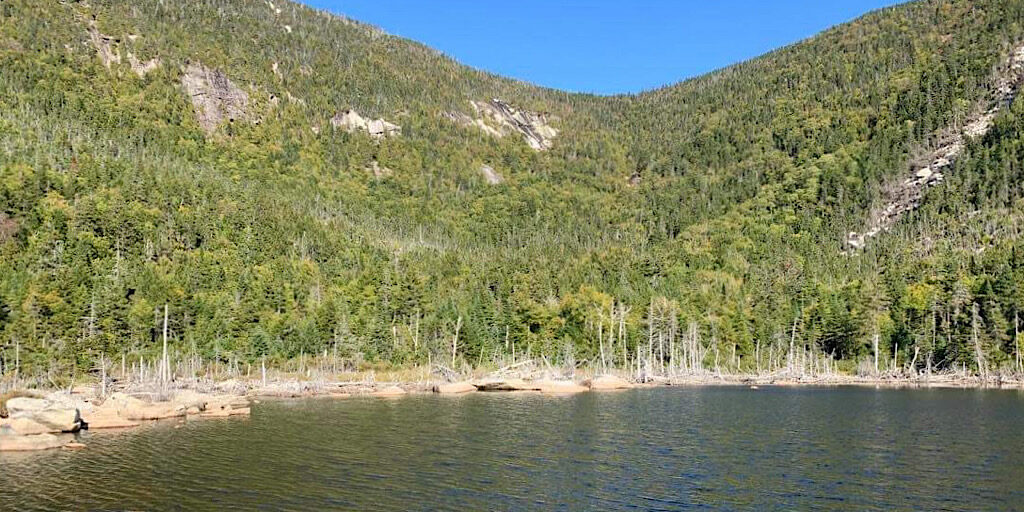 Teardrop Pond… helps cure sadness. Perfect. You know, it was really was awesome.

Good lead, Ken. Our guest didn’t get them all, “but two of three ain’t bad” as he said. Thank you for adventuring with Redline Guiding.