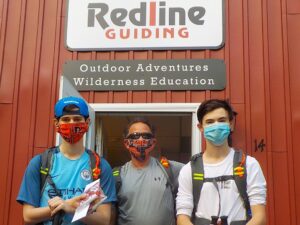 Doing the right thing for themselves and others!

The complexities of being safe in the time of coronavirus challenge us, but the more we do, the more varied the operations, the better we are able to properly comprehend the disease and manage its always possible presence. Thus, leading a quasi-technical hike with full rental gear — our Ready Packs — was the perfect next step up for us. And as such we learned a lot, particularly about dealing with outfitting. And this is good. We really want to do this right.

This trip was a long time in the making — a couple years it’s been on the table, so to speak. Discussions were had. Redline Guide and owner Mike Cherim “worked” with and guided this guest personally. And naturally, this was no ordinary guest, but rather it was a close cousin of Mike’s from southern New Jersey. Joining them would be his cousin’s two sons (second cousins).

They didn’t have anything specific in mind. They wanted some views, a mountain experience, maybe a summit of something, a workout, and something that might challenge them a bit. We delivered. Initially we had something else in mind, but when we learned this trailhead’s access road was finally open, we shifted gears putting the trip on high. Look out Mt Jefferson (5716′) — one of the tougher 4000-footers. Here we come. We going to take the Caps Ridge Trail — one that is on the Terrifying 25 list.

To avoid crowds and the heat of the sun, and to make the epic even more of an epic, Mike informed the guests they’d be meeting at 3:00AM, Mike swinging by their lodging in dark so they could caravan. Carpooling would have been nice, and they are family, but being outside of a Mike’s bubble, they kept their distance. Interesting times. 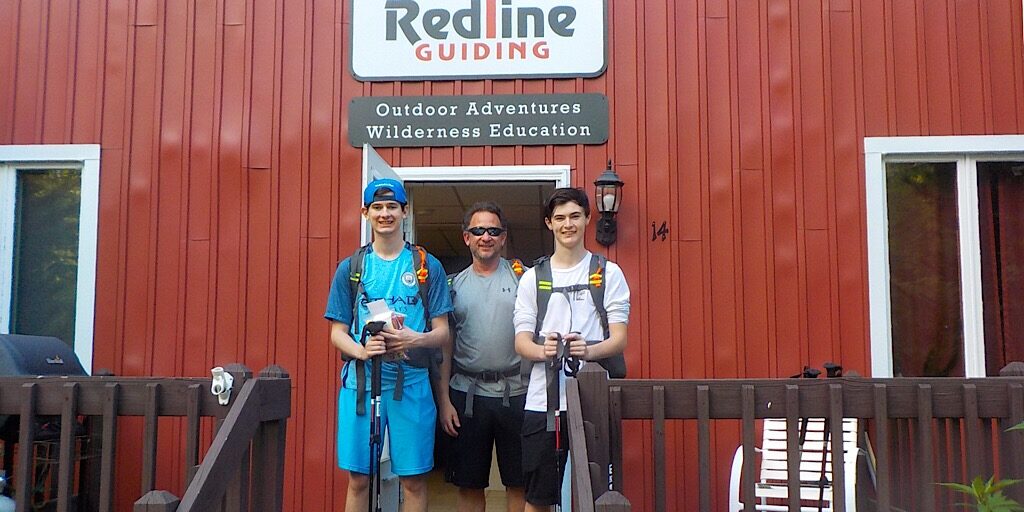 Due to an exceptionally early start, the team met and geared up the day before. 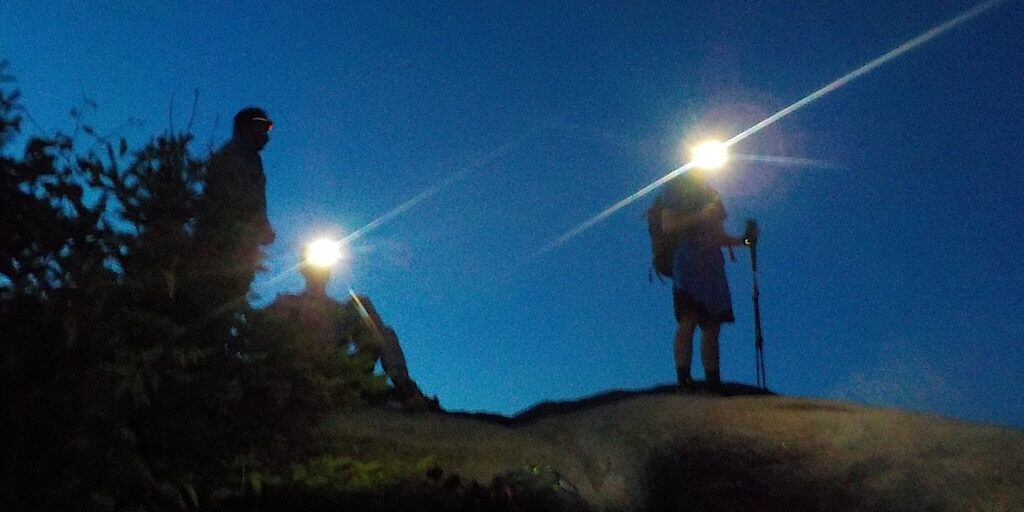 Getting after it early, we had done more by 7:00AM than most people would have done all day. 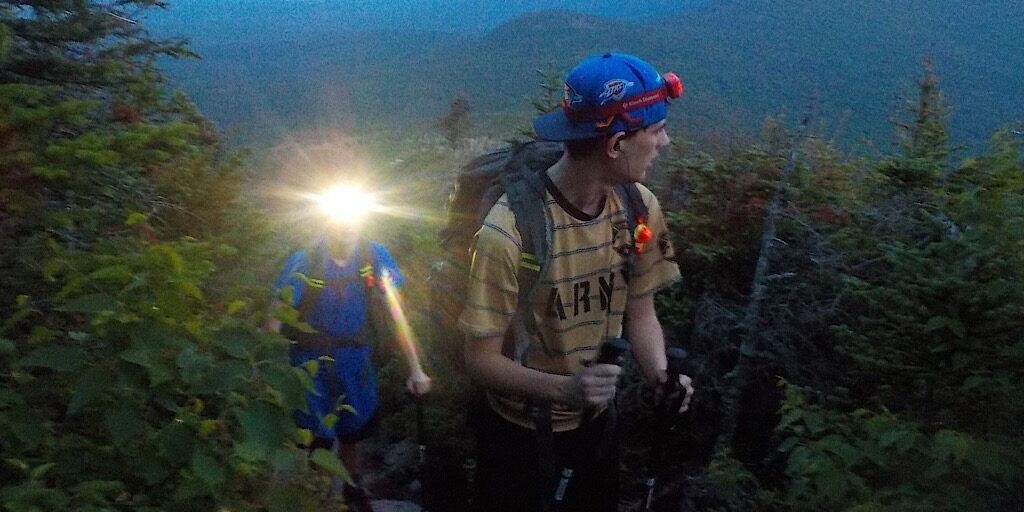 This would be an experience that would really start to resonate with them the next day, upon further reflection. 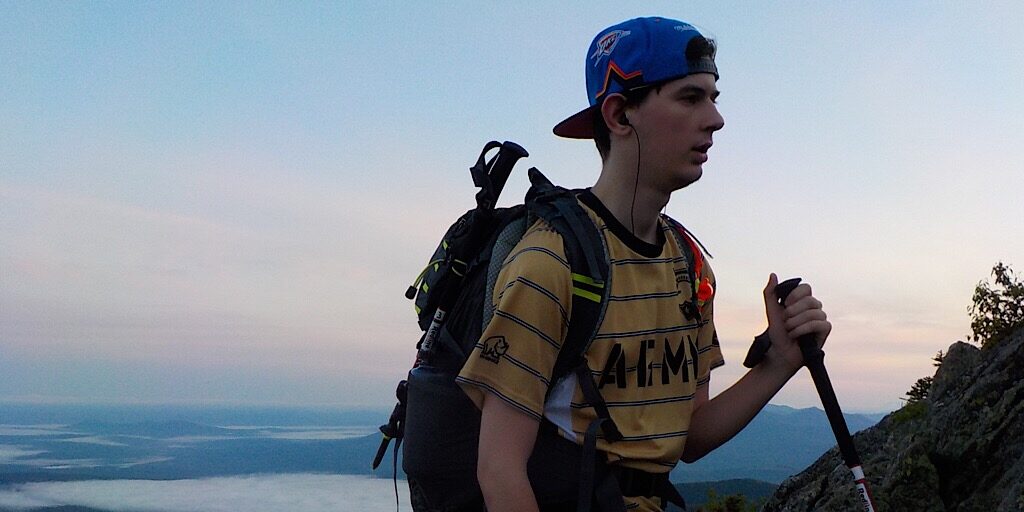 The sky began to provide light and color. The birds were starting to sing as we were leaving the trees. 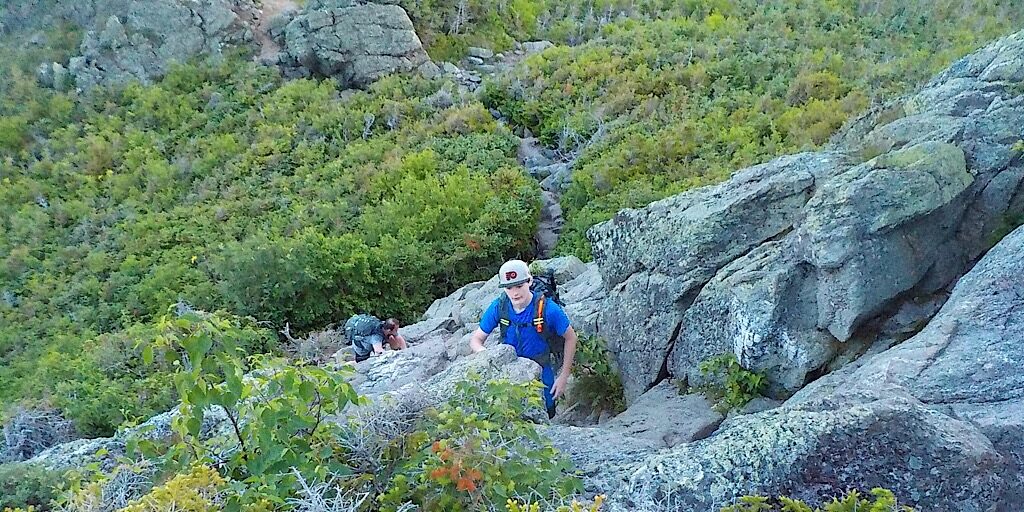 Like most who climb this route, they found it challenging, exhilarating, and fun at the same time. 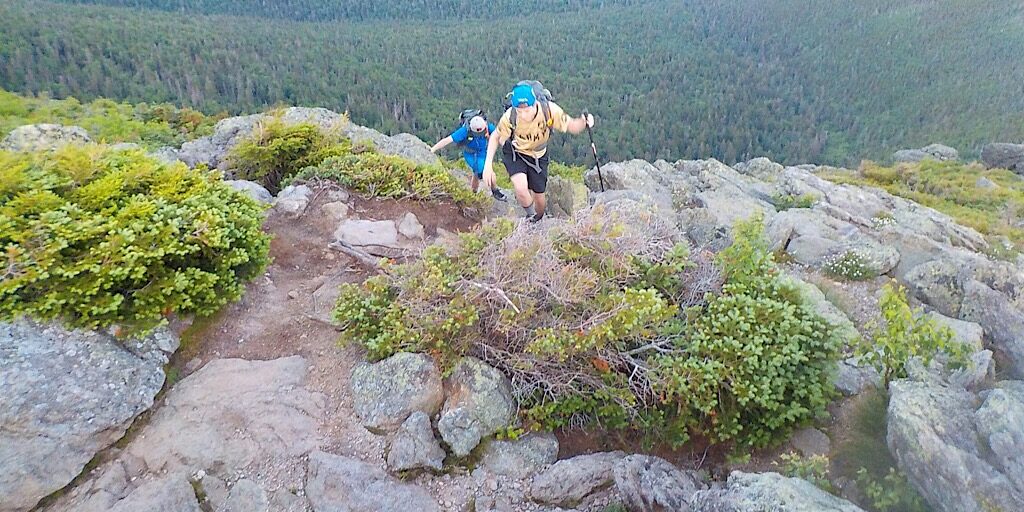 They eventually clear the Caps while slowly exiting the krummholz to enter the alpine tundra above it. 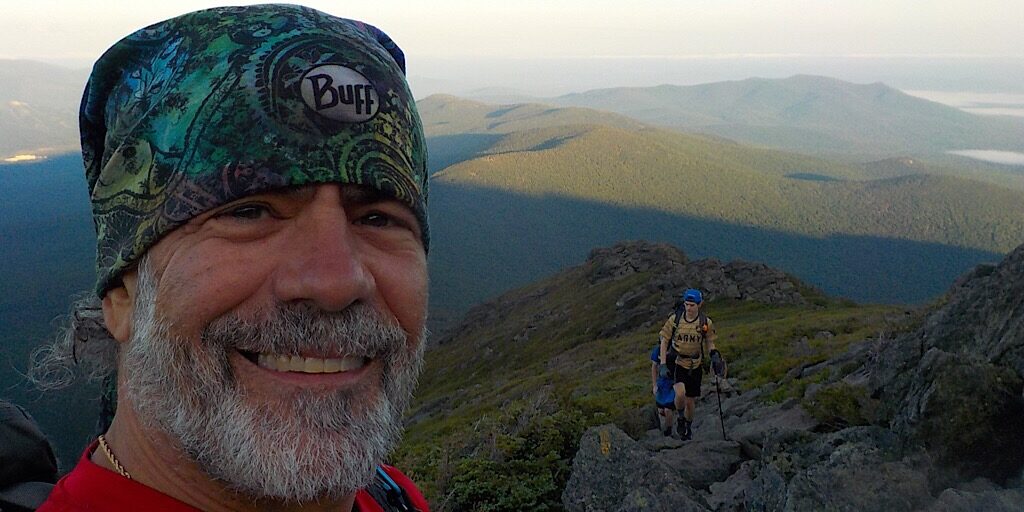 It’s shaping up to be a fine day. They will go swimming in the upper Saco after the hike. 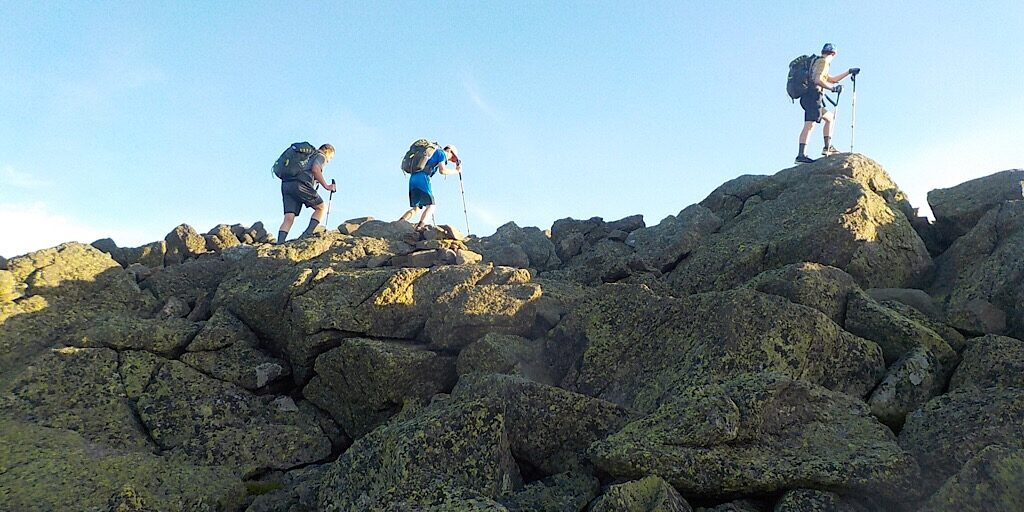 Mike hangs back. Letting his guests be the first to summit this majestic mountain. 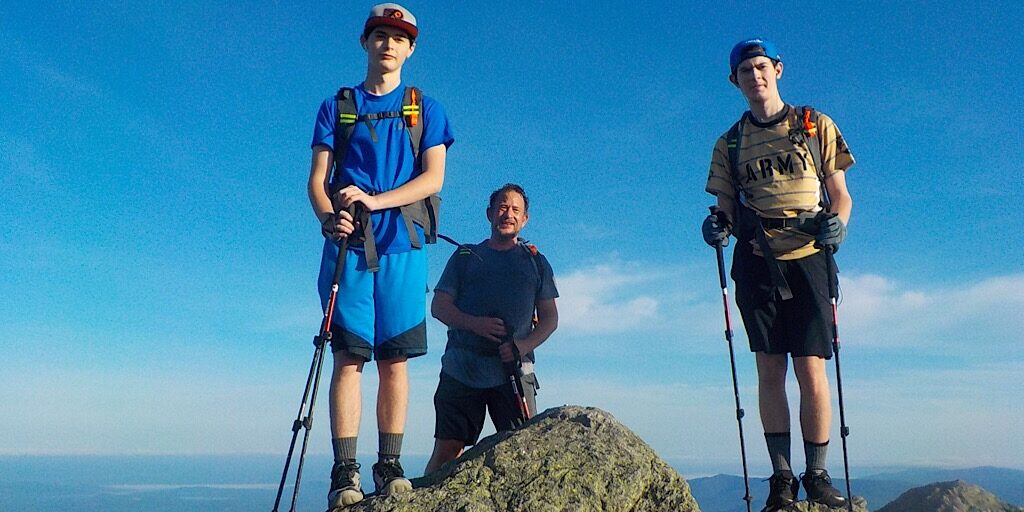 They will be a little spent by the end of the day, but the deed is done and nobody can take that away from them. This is earned. 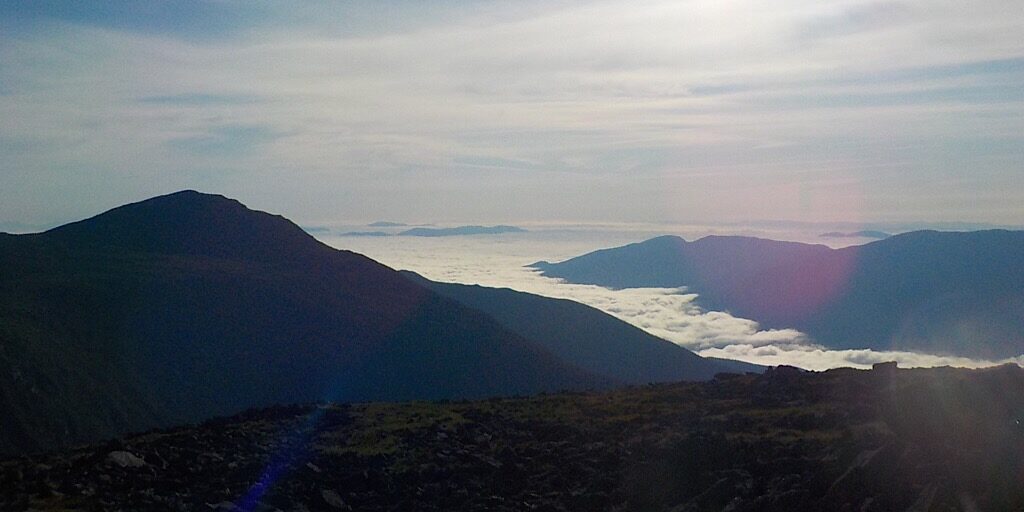 The valleys filled with low clouds to form a partial undercast, the ranges and peaks becoming islands in a cotton sea. 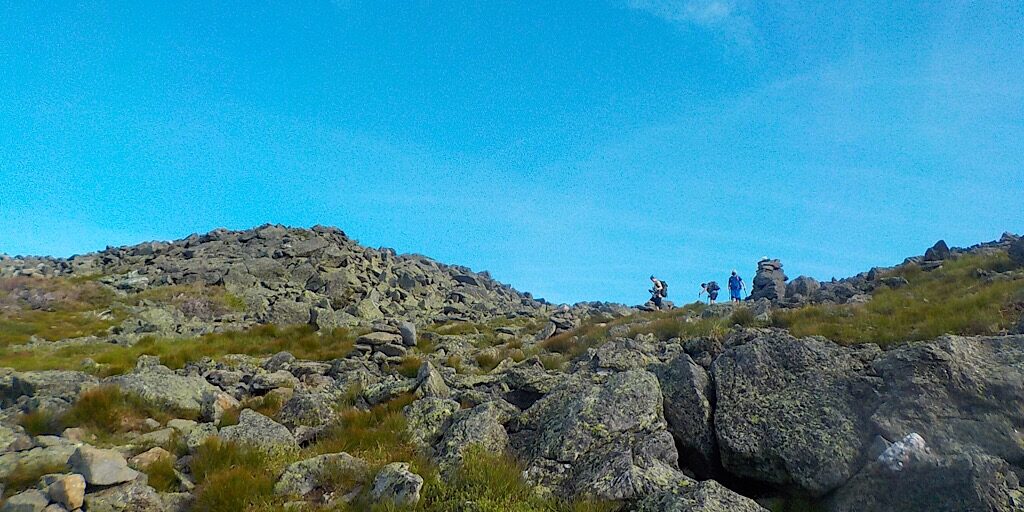 After taking a lengthy break, the team starts their descent. 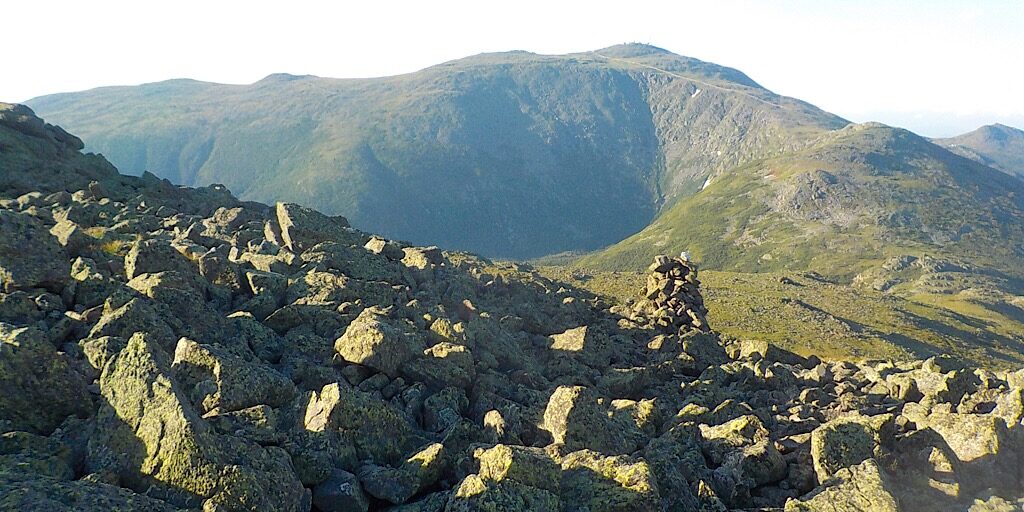 Mike is taking the team on a detour on part of the AT and part of the Cornice Trail so as to extend their alpine time. 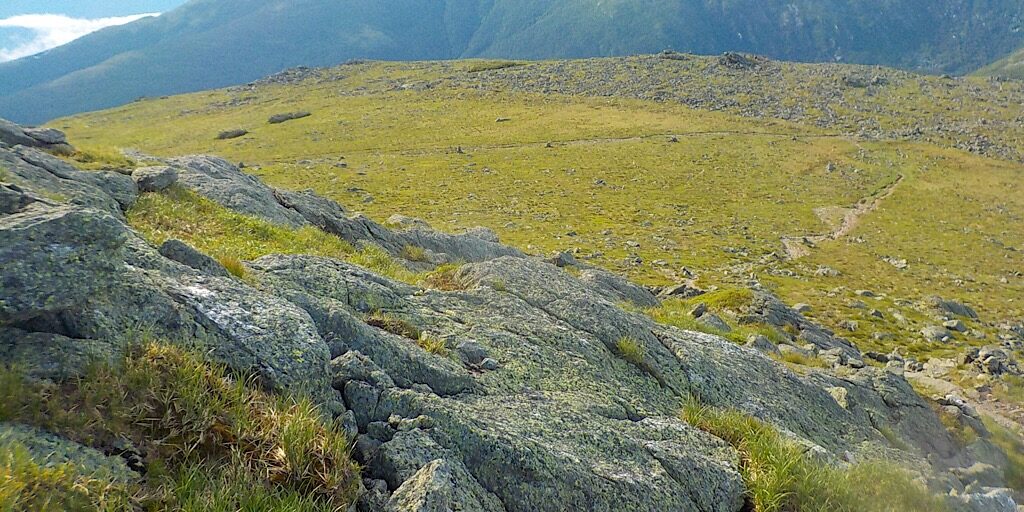 The team takes a stroll through Jefferson’s “Monticello Lawn.” 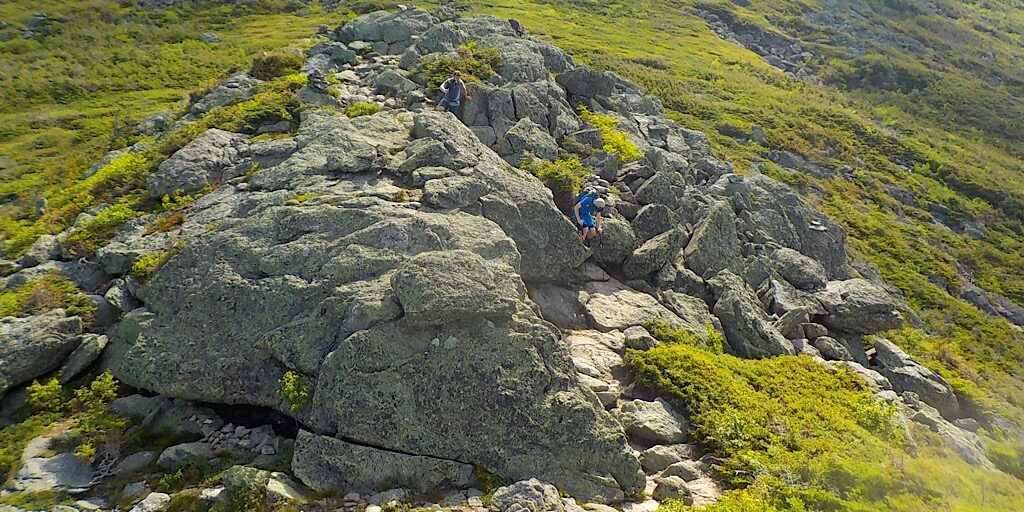 Back on trail, the team reverses the morning’s events, though it seemed like an all new trail to them. “We climbed this?!”