The plan was to ascend the northern ridge, bag some 4000-footers, Madison first, then Adams, then retreat down to the Randolph Mountain Club’s (RMC) Gray Knob Cabin located at treeline. The following morning the team was to continue to Jefferson heading directly to Edmand’s Col via Gray Knob Trail and Randolph Path over Israel Ridge to get there. Afterward our single returning guest — led by Redline Guide Ryan Mcguire — skirted Clay, grabbed Mt Washington despite its dodgy weather (and running into Ken with his guest over by the Cog along the way). After Washington, Ryan and guest bagged Monroe, Eisenhower, where Ryan assisted two hikers having difficulty with the low visibility, then off to Pierce for a Classic Traverse before heading down to safety. Terrific job. The guest said it was the “best trip ever, [and] with an amazing guide.” 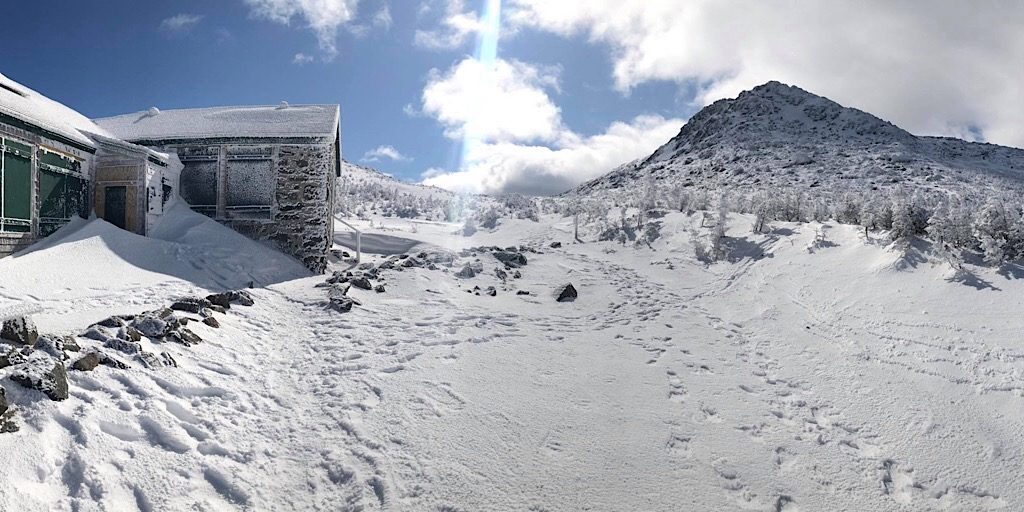 Fast forward to the northern ridge on the Presidential Range. 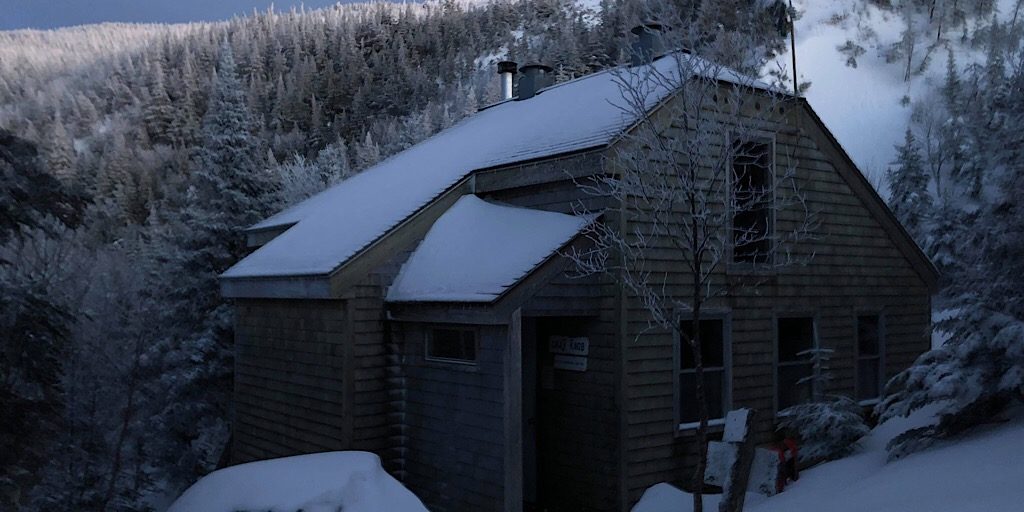 Skipping right along the duo finds themselves at Gray Knob after hitting Madison and Adams. 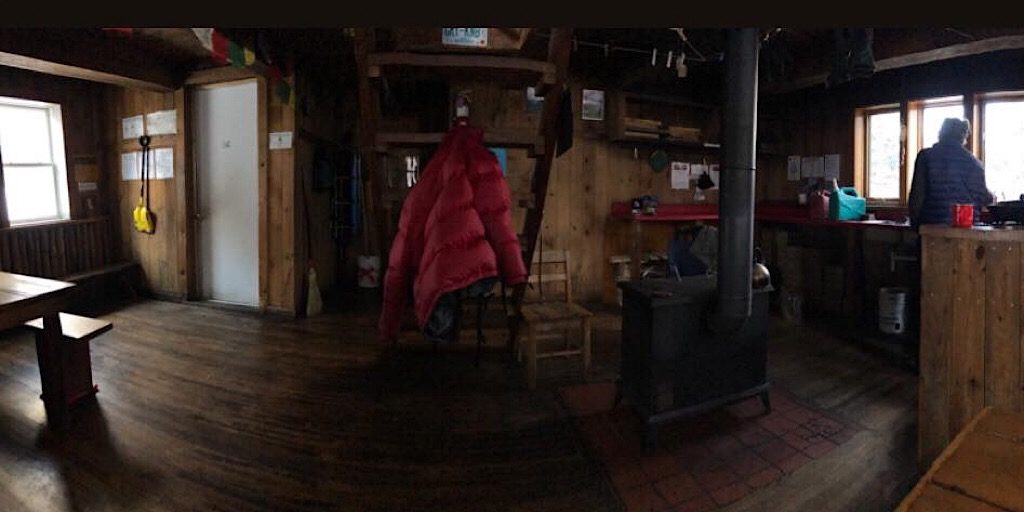 Home for the night. 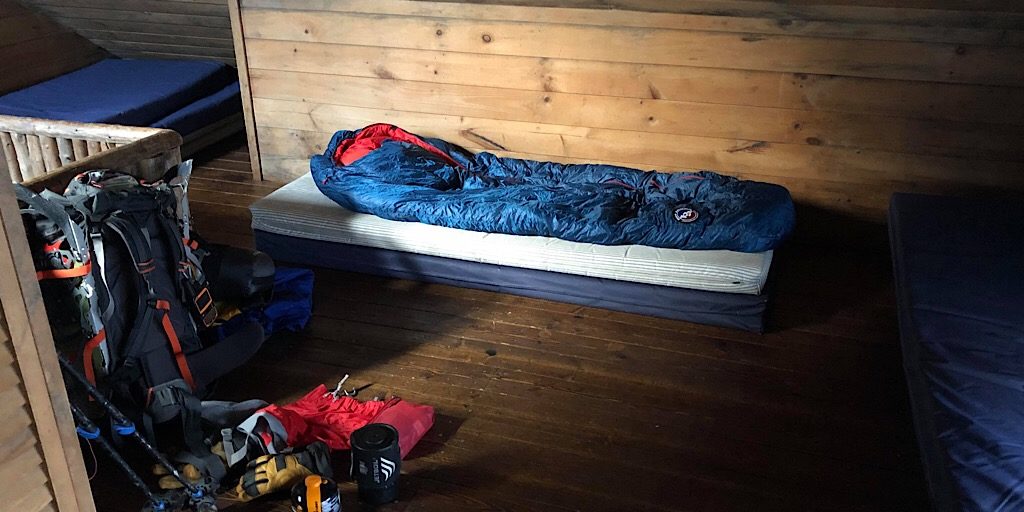 Roughing it on TWO mattresses! 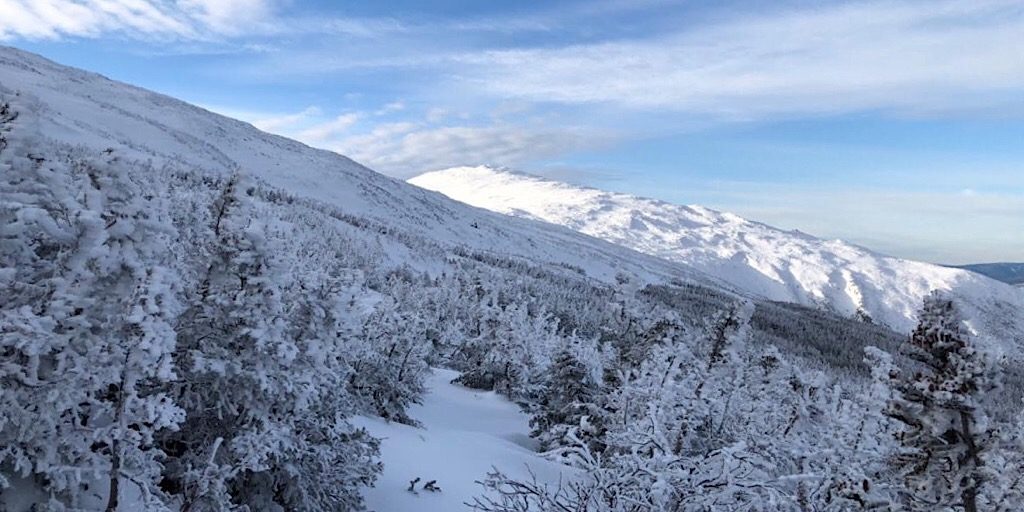 The team heads toward Edmand’s Col and Mt Jefferson in the morning. 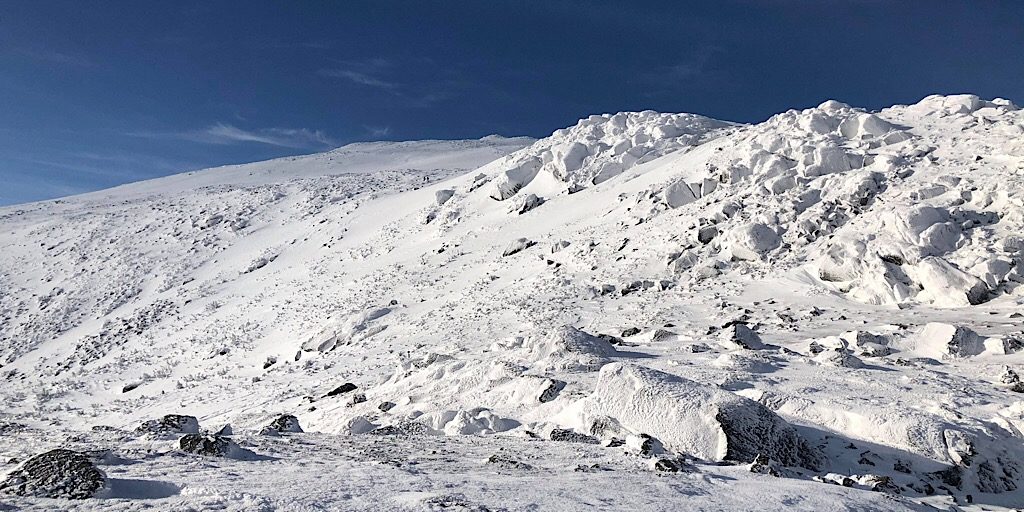 Looking up at Jefferson from Edmand’s Col. 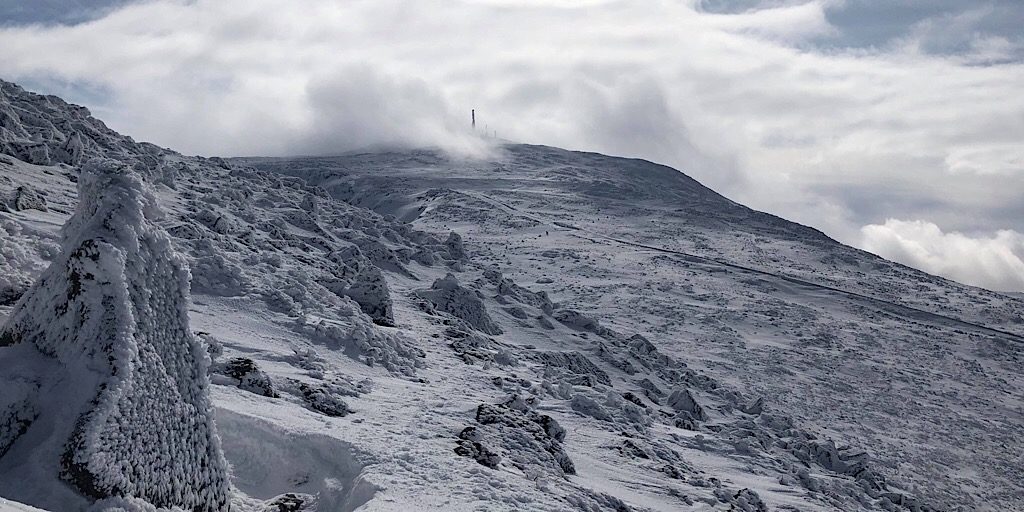 Here Mt Washington’s in their sights. 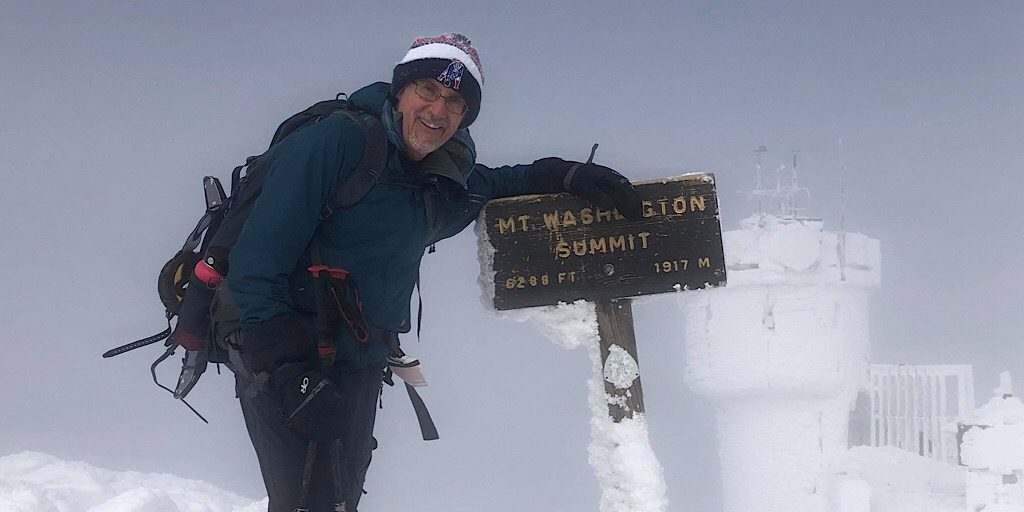 The highest point along the way. Nice! 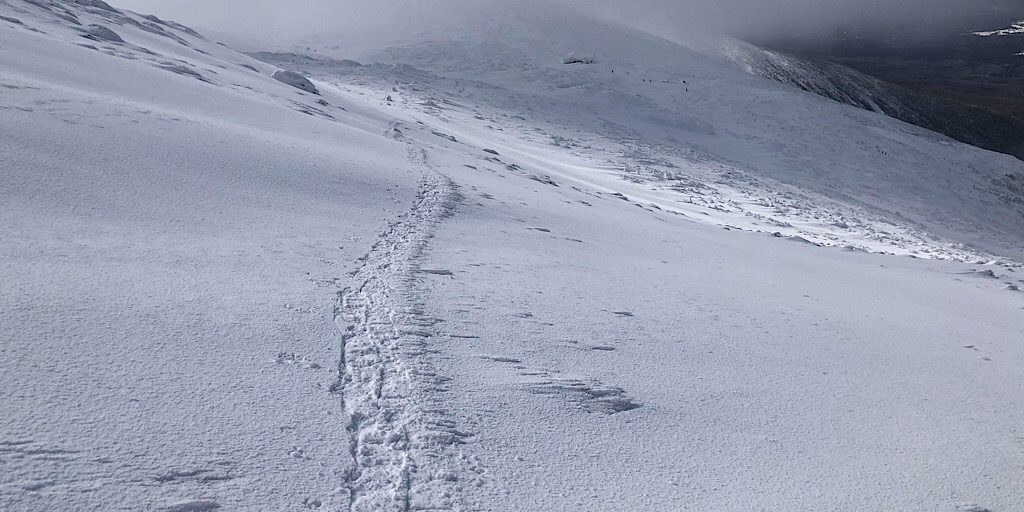 Dropping down off the Rock Pile towards Lakes of the Clouds (probably following Ken’s tracks). 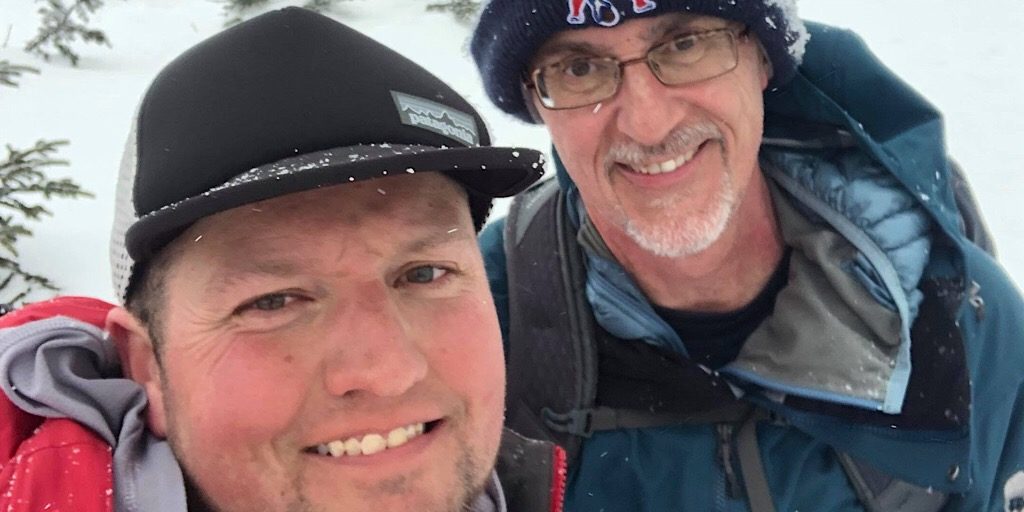 Skip to the end. Feels good! 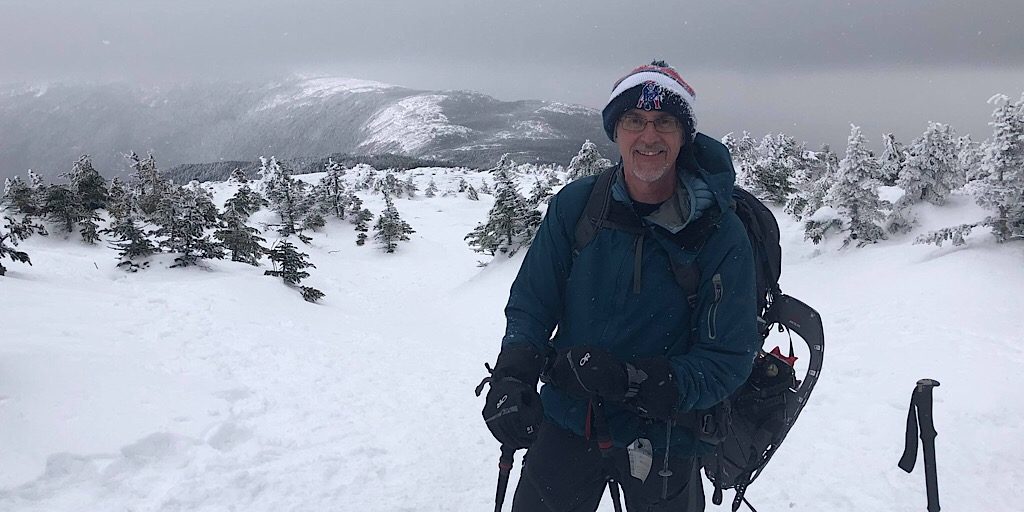 Final hurrah before heading down.

Terrific job team! And thank you for choosing Redline Guiding!