In the Valley the leaves have mostly dropped. For days there has been frost on surfaces in the morning. We had a dusting of snow the other day which remains in shady places. The seasons are changing. Here in the Mount Washington Valley, it’s clear winter is stepping up ready to take Autumn’s place. That’s here in the Valley. And from here in the Valley, one glance toward the high summits in the near distance reveals more advanced stages of winter. As is typical in the mountains. In the mountains, winter has already captured the flag, so to speak, and is now in control. Up there Autumn doesn’t stand much of a chance.

The returning Boston family visiting us knew this. They wanted to climb Mt Washington, but knew of the mountain’s weather reputation. Like us, they had access to the forecast: cold, windy, winter undisguised. This gave them reason for concern. Last year they hiked Mt Willard — a smaller 52 With A View peak, not even a 4000-footer — and they knew this was going to be a much more serious undertaking. Their worries were warranted and completely understandable. We, in fact, shared their concerns. We take this stuff incredibly seriously. It’s no joke up there.

On point for this were Redline Guides Ryan Mcguire and Jeffrey Shutak. This size group might have just one guide, but one of our guests wanted to unselfishly leave an exit open should their Raynauds become problematic, so they wouldn’t negatively affect the others on the team. Our guests asked if Ryan and Jeffrey were experienced enough. Between the two, we replied, they have almost 140 ascents of the mountain under their belt. This calmed them, offering confidence. Things were a go.

The weather gladly proved less ferocious than forecast. Still cold, but sunny and clear — and what a difference that alone makes. The winds were merely a hint of what they were supposed to be. The guides reported only very light winds, and that was at the summit. The rest of the mountain, while very wintery looking, lacked its full punch. Our team caught a break. They were prepared, but most of their gear wasn’t needed. While technically this isn’t a “winter” ascent, we invite you tell our guests otherwise after you view the photos. Autumn has clearly abandoned the mountain.

The snow depth which causes the signs to shrink wasn’t there, but it still felt like winter. 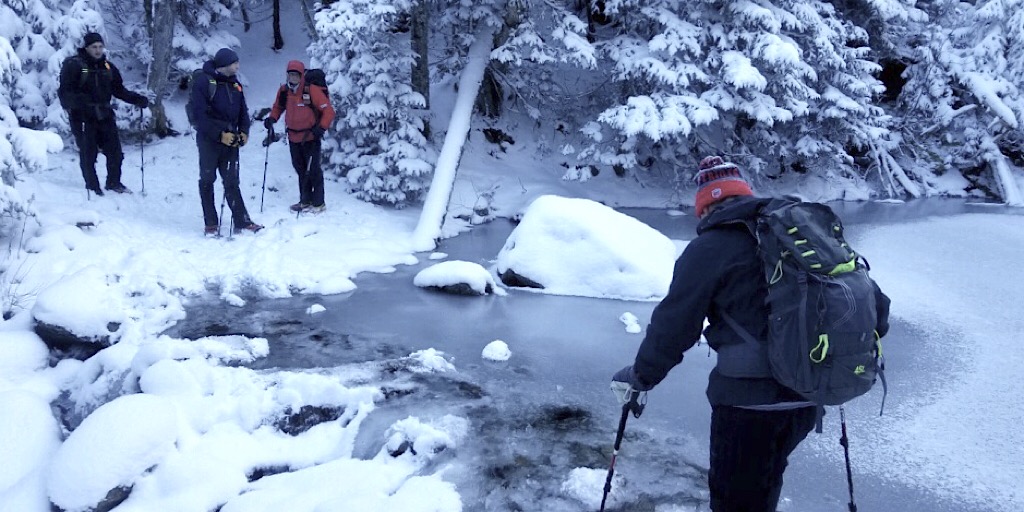 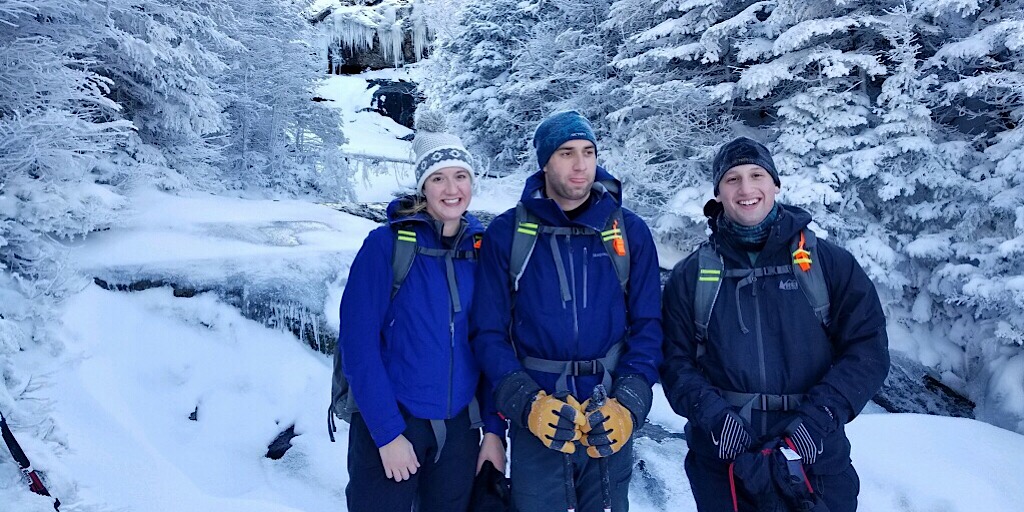 Very close to treeline at this point. 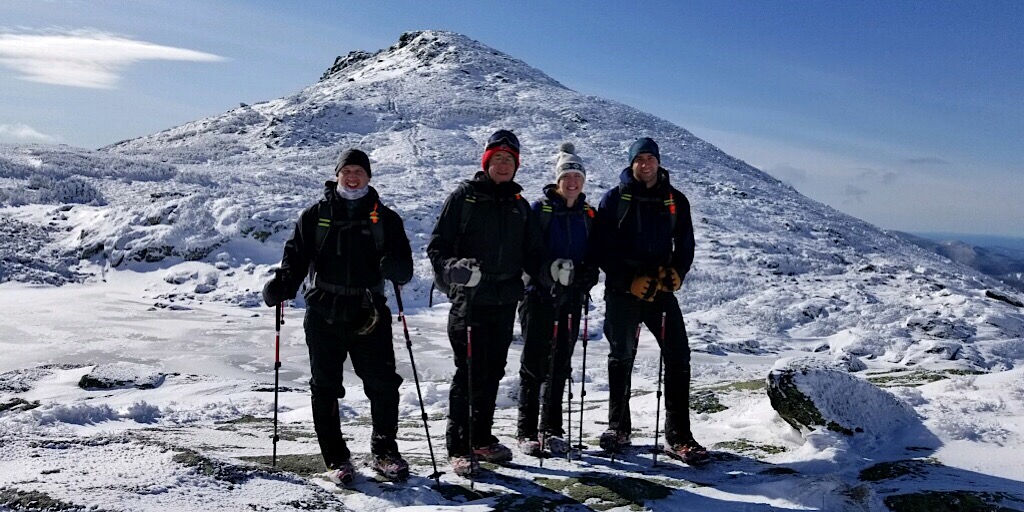 The team acquires the ridge. The heavy lifting isn’t over, but progress is made. Mt Monroe is behind them. 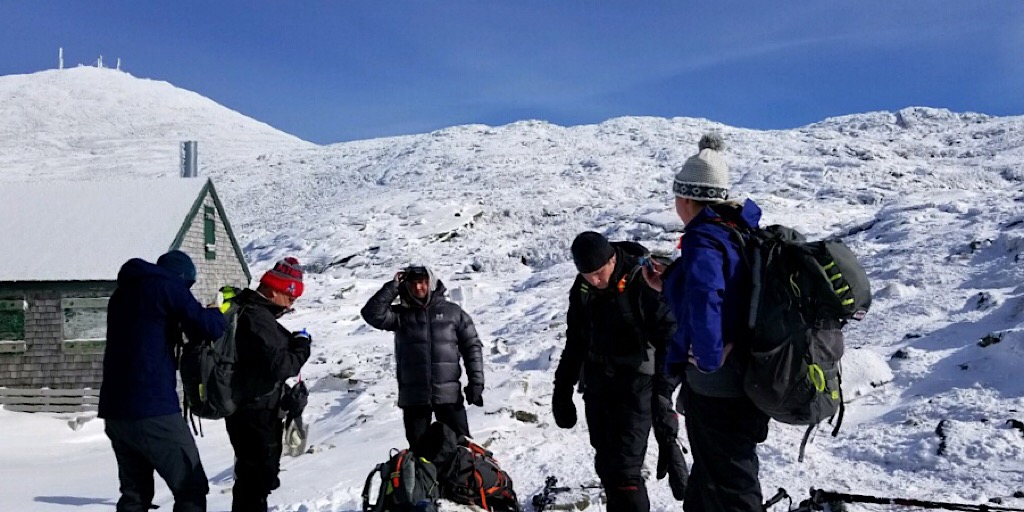 The team takes a break by the closed hut preparing for the next phase. 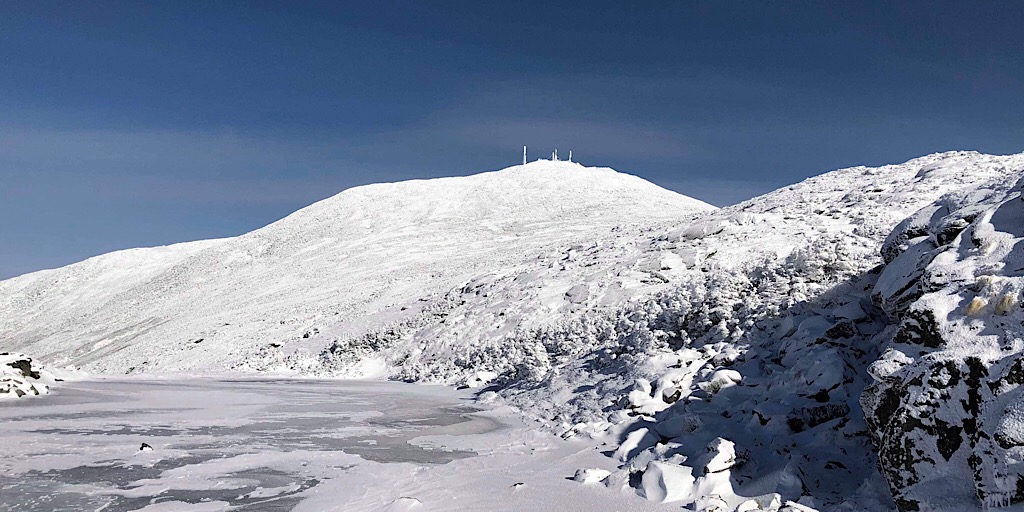 It looks close, but they still have a ways to go and hundreds of feet to climb. 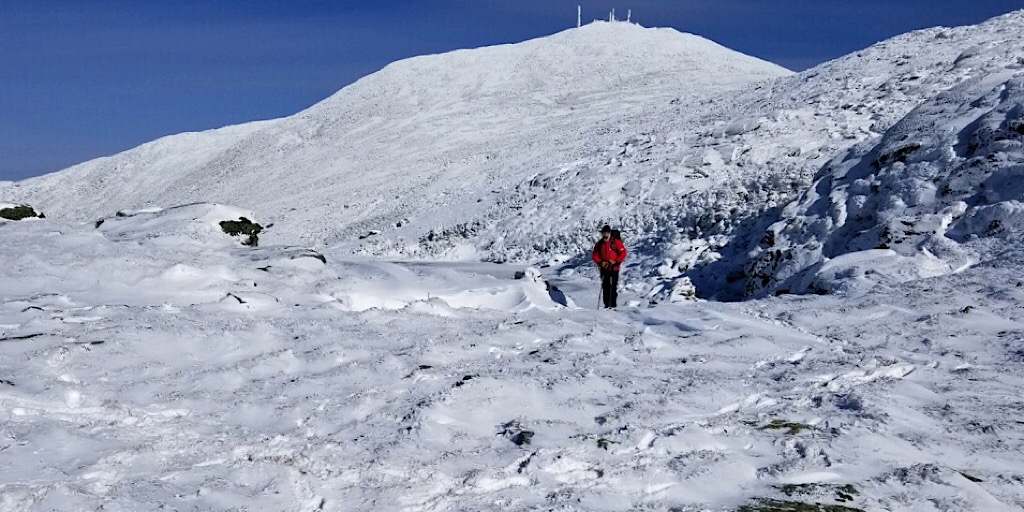 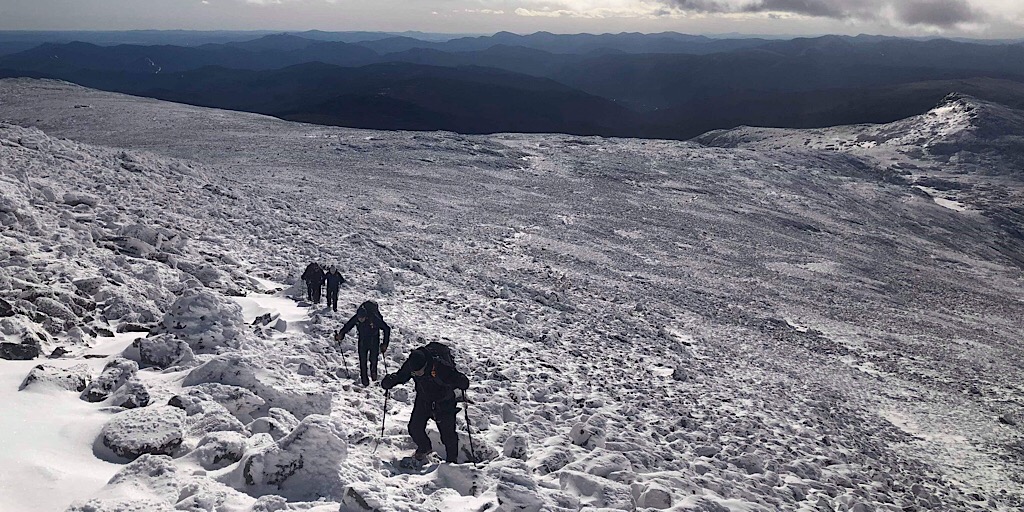 This is an amazing place but what our guests are doing is tough. They are focused. 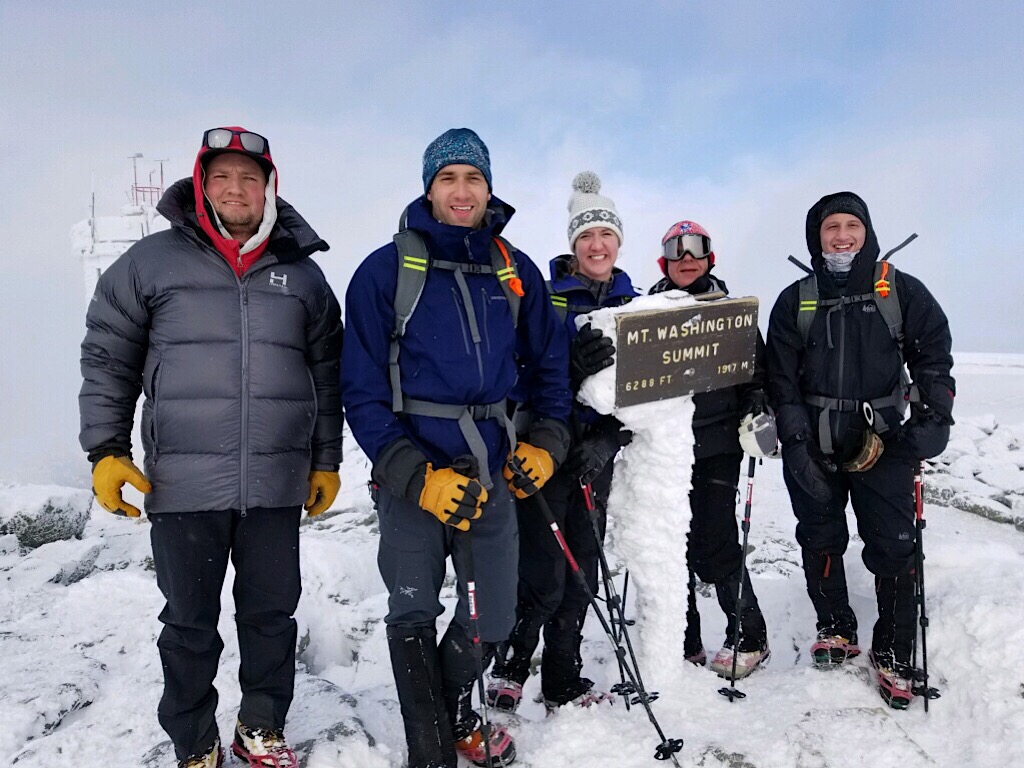 They hiked themselves to the highest point in the northeast. Bravo! 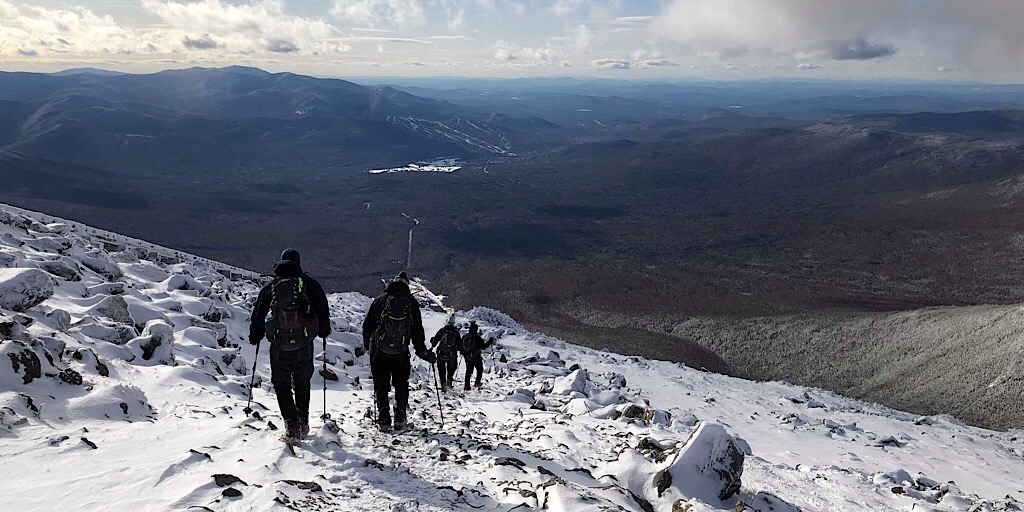 The team planned to descend via Jewell Trail but collectively decided on the Cog Road’s more direct route.

Great lead, Ryan and Jeffrey. And to the whole team, very well done. Thanks for choosing Redline Guiding.