With water levels too high to comfortably execute their Plan A, the team’s hope of exploring the ledges of Popple Mountain would have to wait. And, thus a Plan B was formed. Redline Guide Mike Cherim motioned with a thumb over his left shoulder toward the lovely Jackson, NH, and suggested another local “trailless” peak: Thorn Mountain. It was back to the drawing board for our guest, but that’s okay. Practice makes perfect and most perfect bushwhacks get that way through critical thinking. It’s a skill that never loses importance.

The day was cloudy and cool, perfect for hiking. The team wound their way up the mountain in Mike’s Jeep wisely utilizing existing infrastructure but ran out of roads and eventually parked. From there they proceeded on foot making their way in the general direction of the summit — no compass actually needed for this one. Up was the required direction so up they went. It worked. Before long they ran out of up finding themselves atop this small mountain. The reward was a little history — this mountain used to feature the Tyrol Ski Area — and some pretty spectacular views. Oh, and one more thing, the other reward is the ability to do this. This is freedom of the hills.

The day concluded at the Redline Guiding Basecamp where our student was presented with a written examination (upon her request, and which she aced). Here are a few scenes from the day: 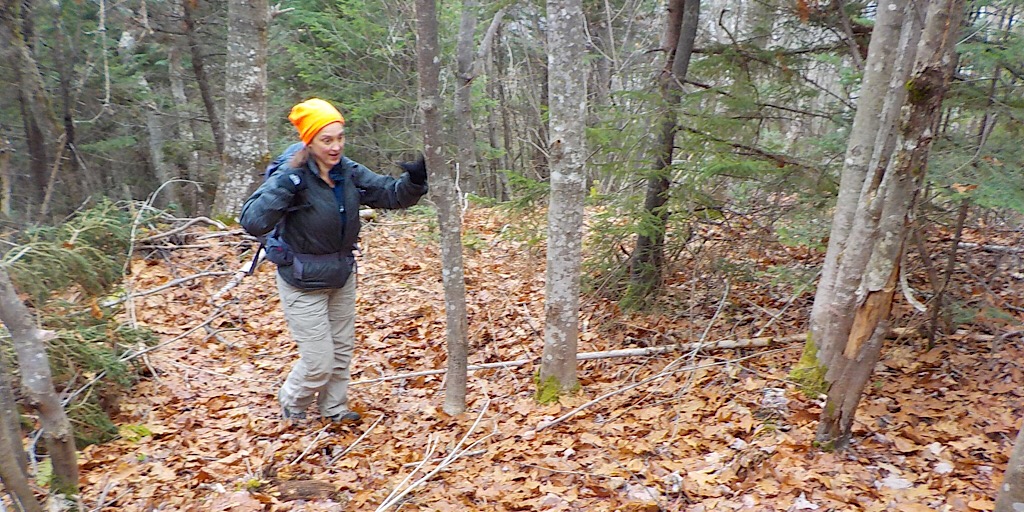 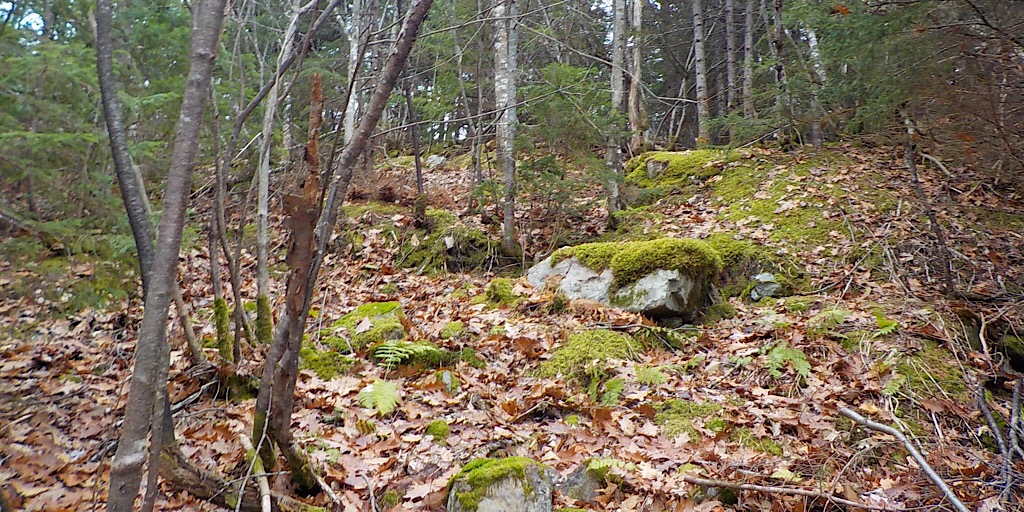 Fairly open northern mixed forest, with a lot scrub and regrowth in this case. 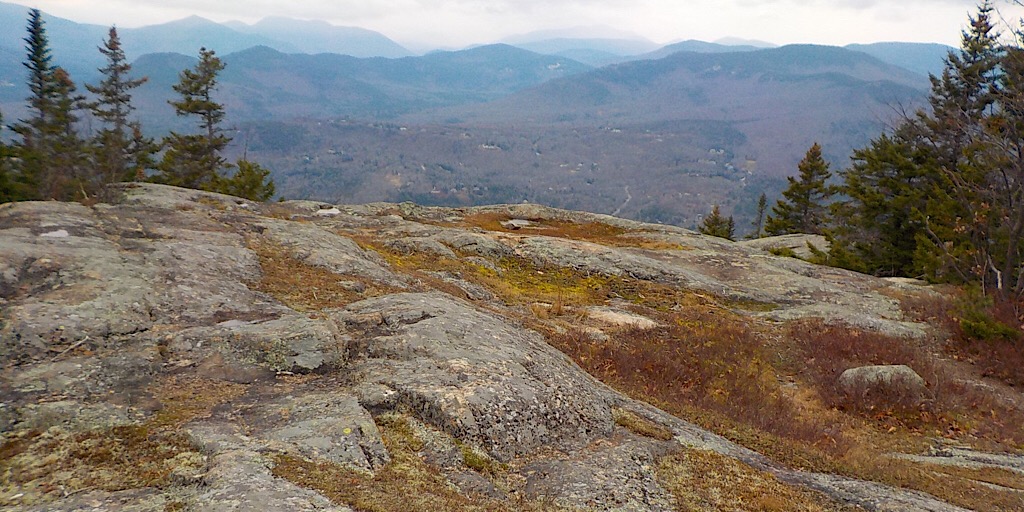 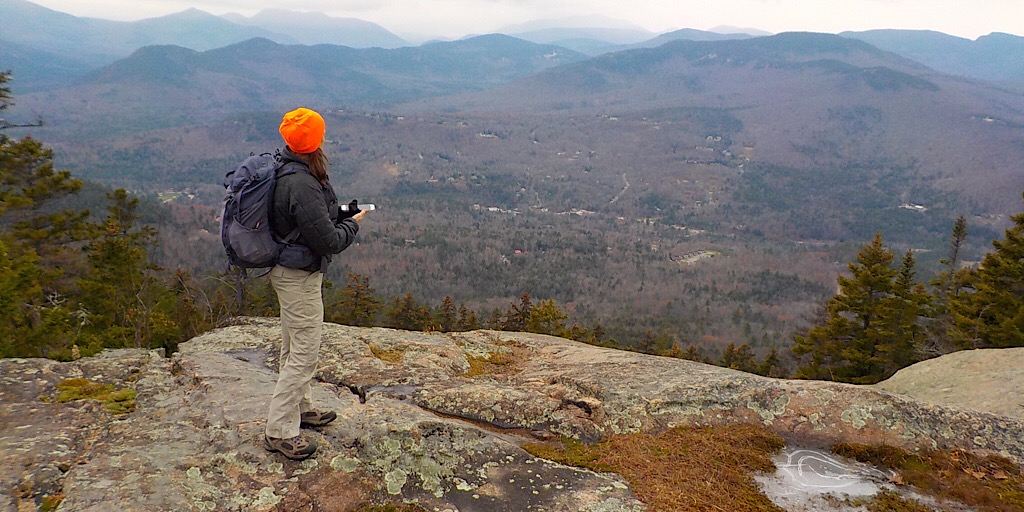 Our guest reaping the rewards. 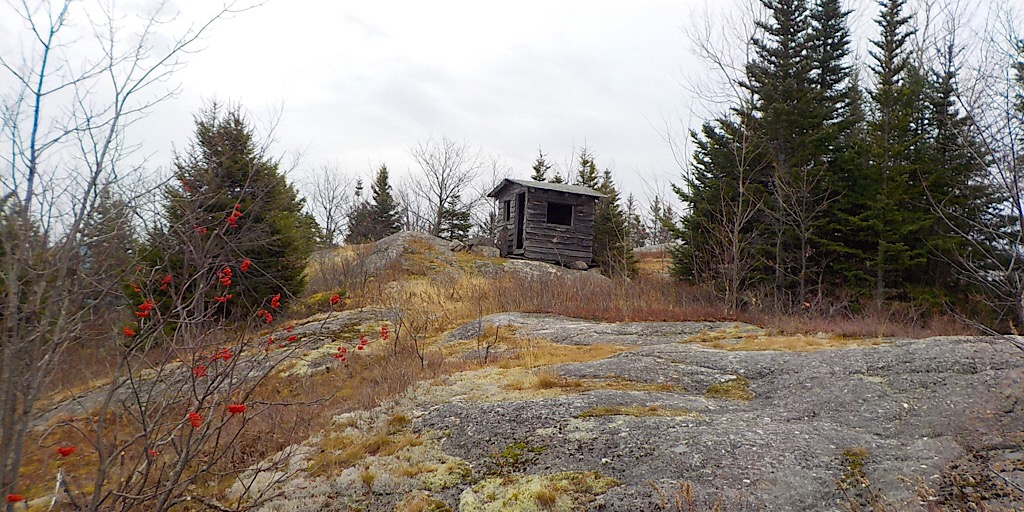 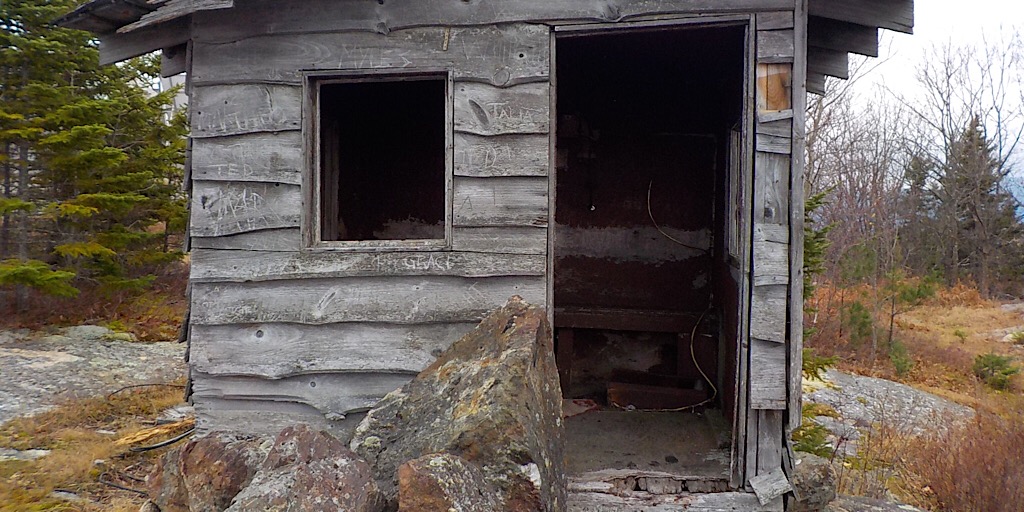 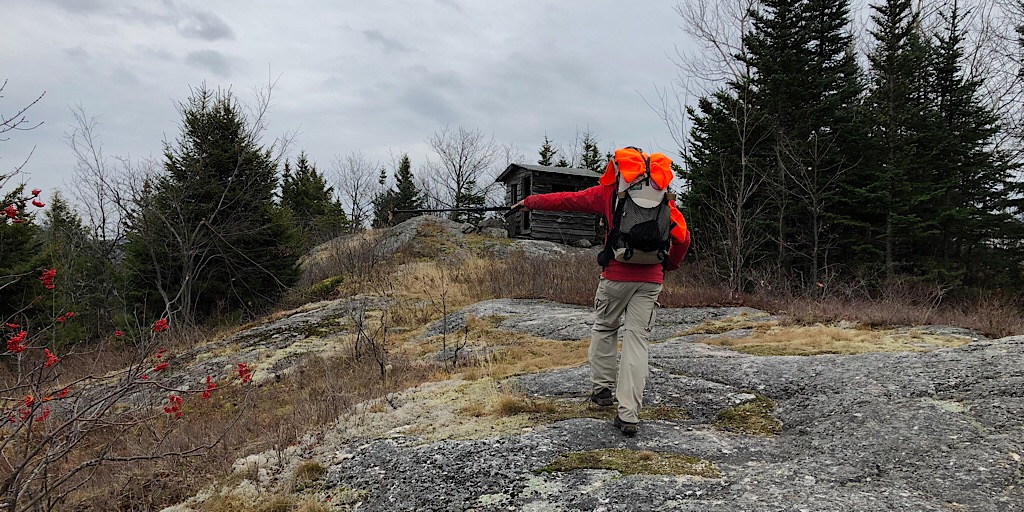 Mike pointing out something as he makes his way up. Guest photo.