“The bears were really active. We followed one up the mountain the entire way, then again on our way down. Probably the same bear — maybe peak-bagging. We never laid eyes on him but we knew he was very close. And likewise to be sure.” This was reported to us by Redline Guide Ken Hodges. Ken was in Vermont guiding a returning guest who opts for privacy. Specifically he was leading on Mendon Peak (3839′), one of the New England Hundred Highest (NEHH) mountains. Like many on this list, Mendon Peak has no trail so it is technically a bushwhack. There are paths, however: “herd paths” which are basically worn human trails established by repeated use. The team enjoyed no such luxury in this case, however. No herd paths were to be found. The snowfall made sure of that. The bushwhack was fairly legitimate as a result. 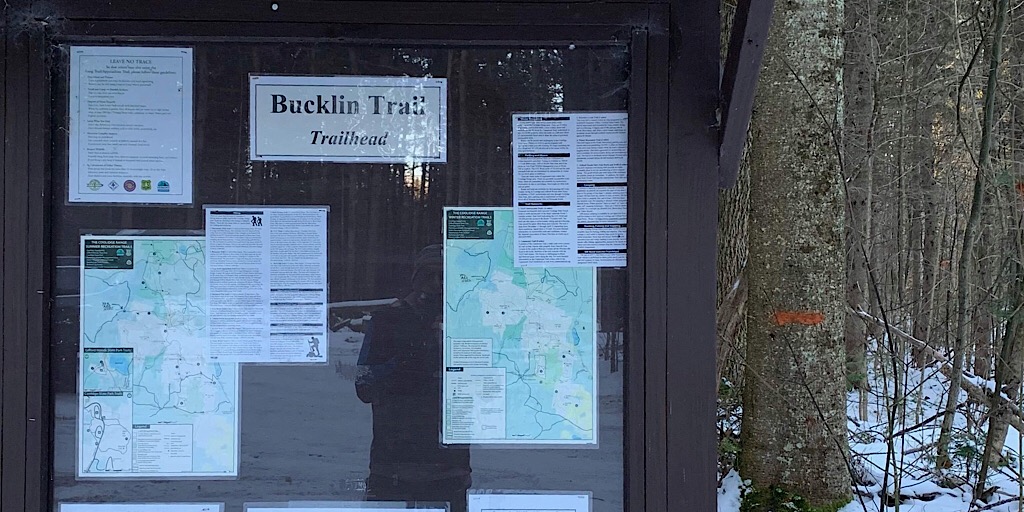 This trail is for Killington. The route to Mendon Peak is close. 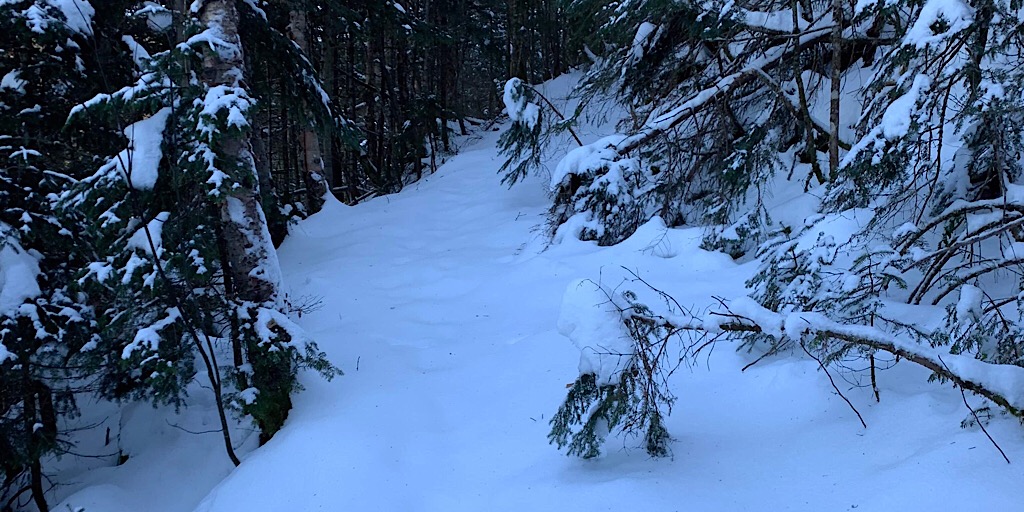 Not all was difficult. This is pretty clear. 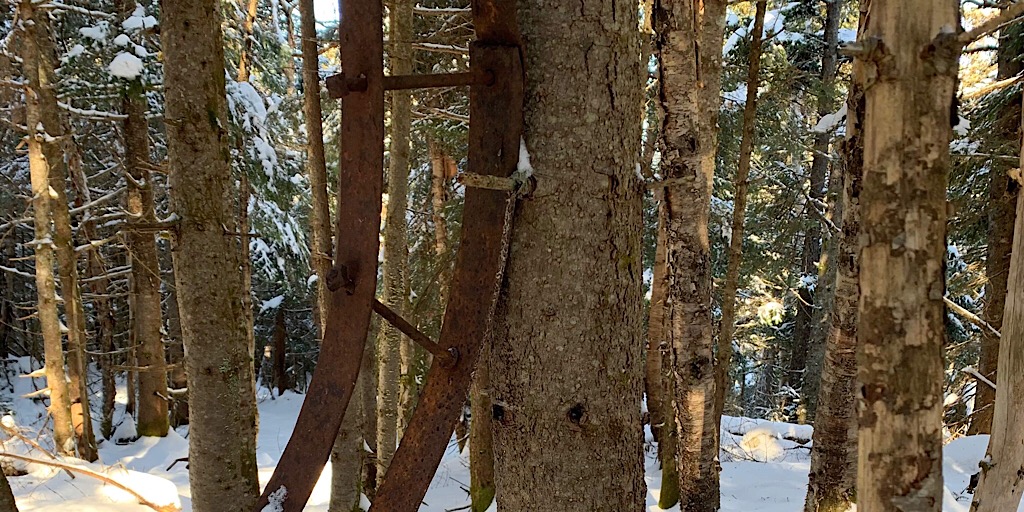 Some history here, an artifact found: skids for an old sled. 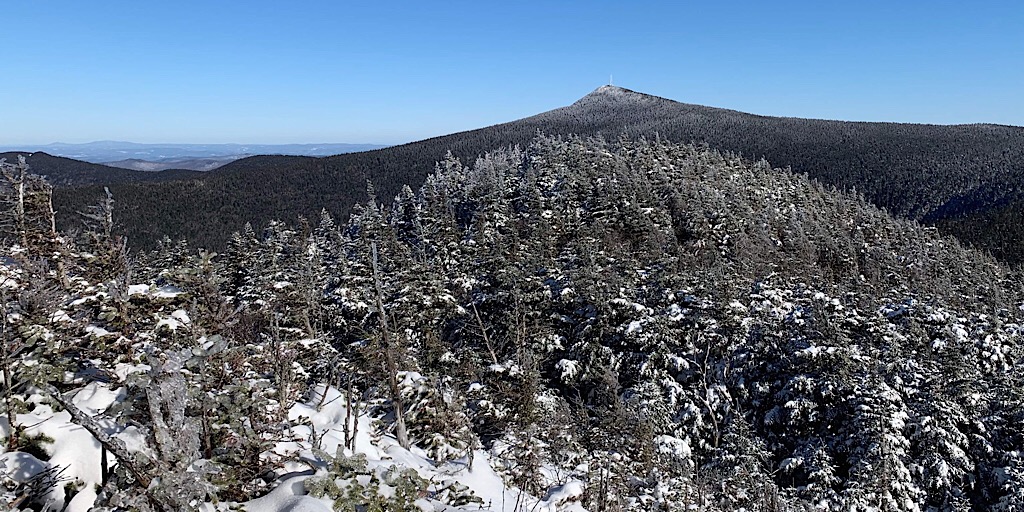 Some views: Killington in the background. 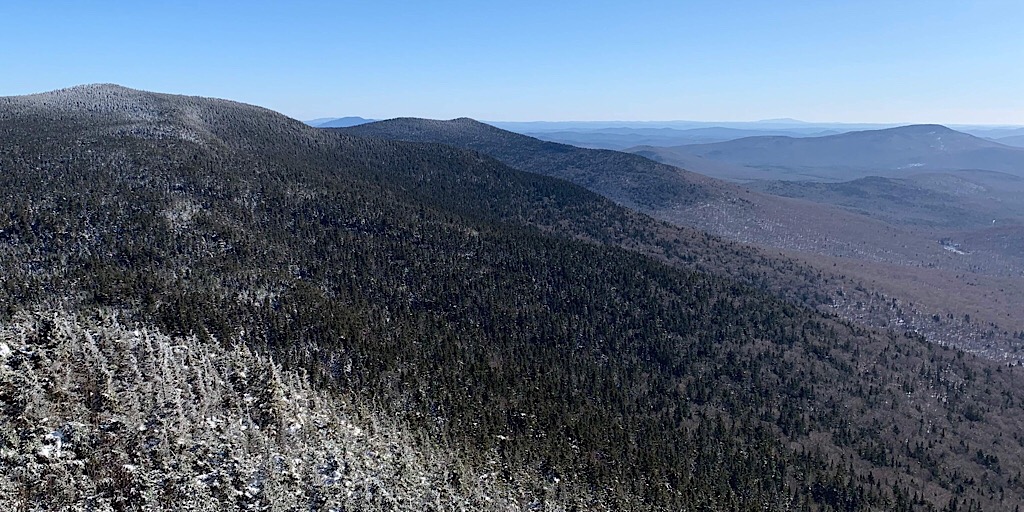 Panned a bit to the south. 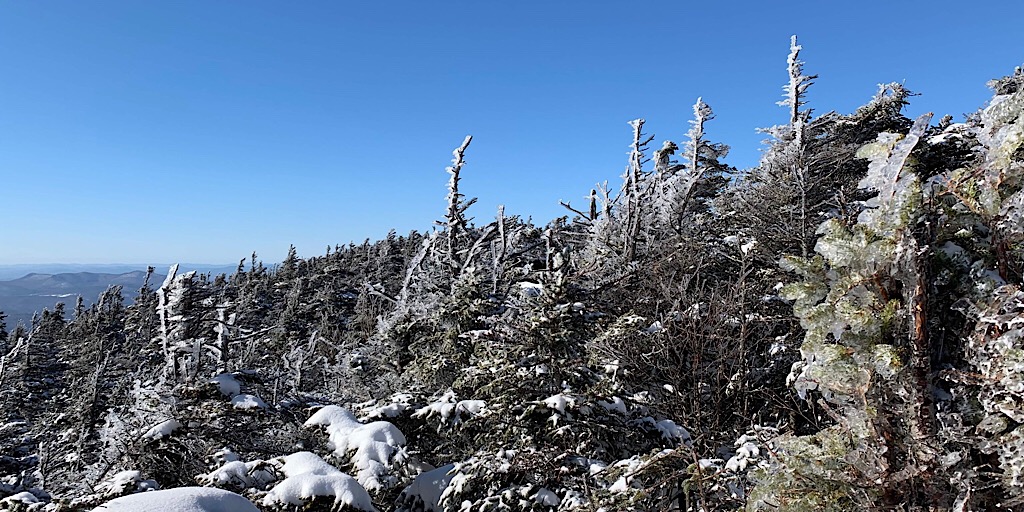 Closing in, the final approach. 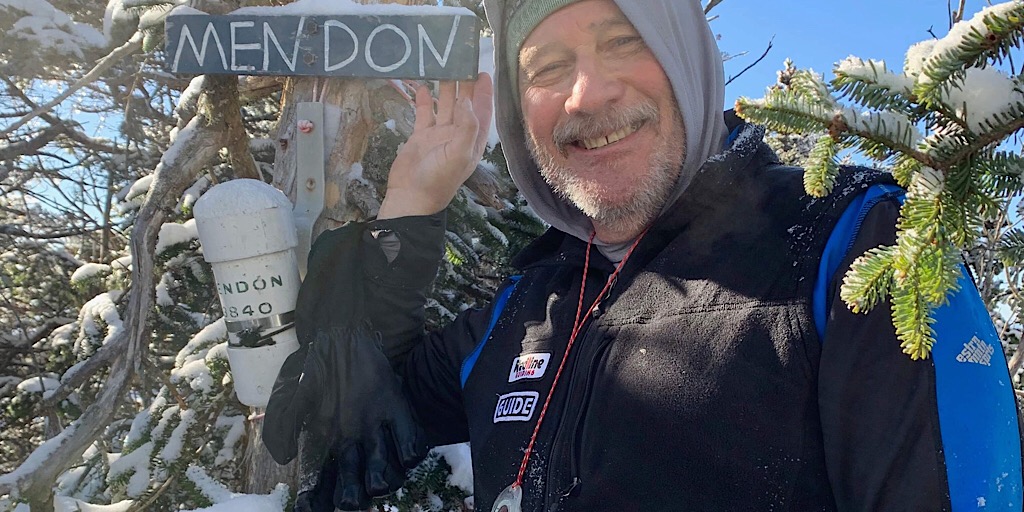 Ken on the summit. 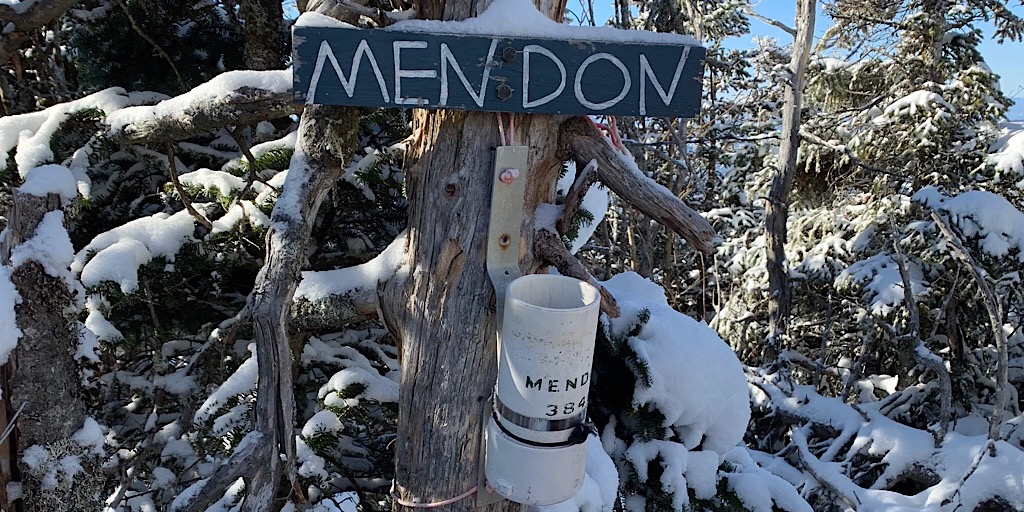 The summit canister. There is a log book inside. 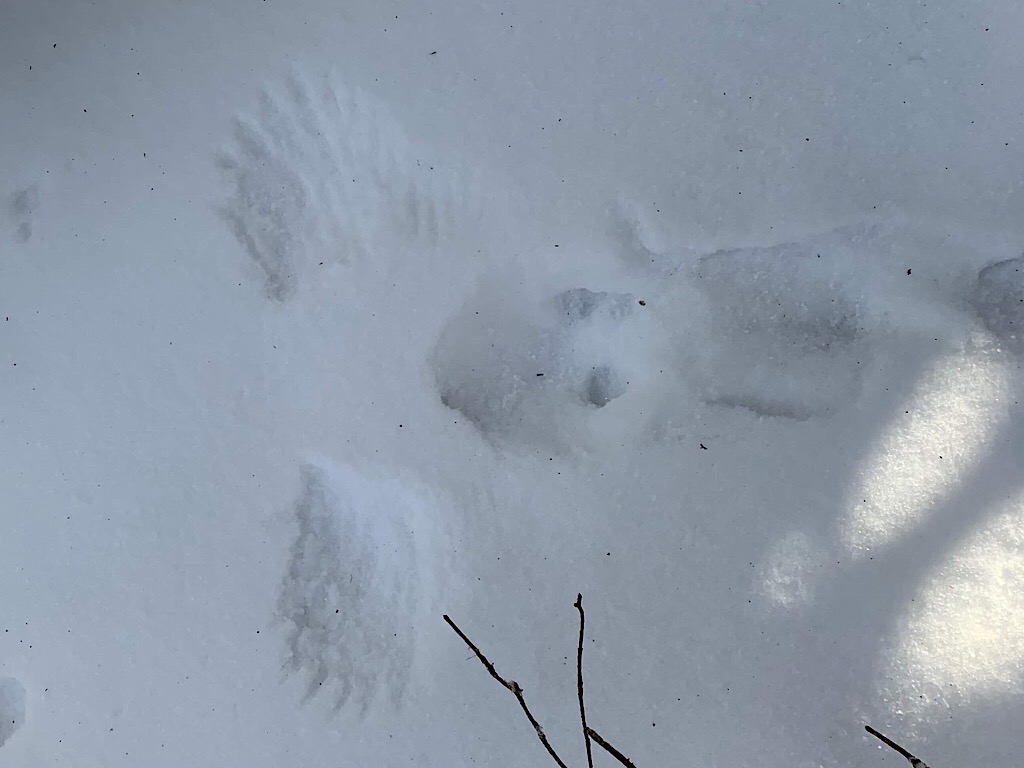 Moments prior a ruffed grouse rested here. Ken scared him up. 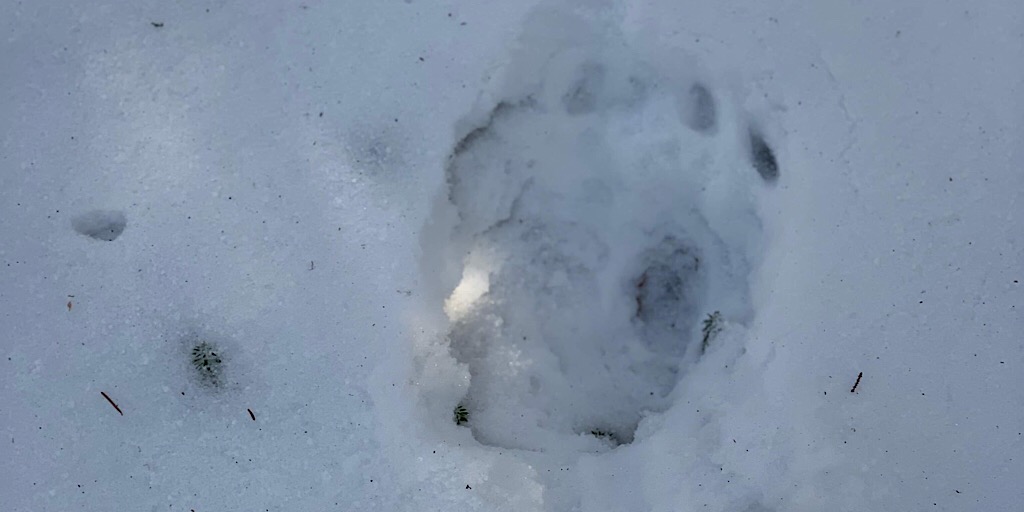