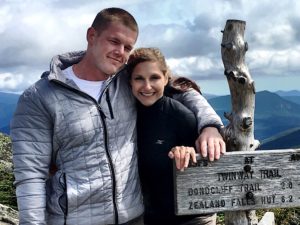 Although she’s a dedicated hiker in the Whites, the bride-to-be had never hiked either of the Twins, but the groom had and thought of South Twin Mountain — at least so far — as his favorite 4000-footer in New Hampshire. We added “at least so far” because he has six mountains still to go. That said, now that he and his bride have married atop the 4902-foot South Twin summit, bumping that mountain from the top spot will likely be impossible. By the look on her face, she wasn’t at all unhappy about his choice. It has surely become her favorite 4000-footer, too.

There was a lot of moving parts to this wedding, but it all worked out great. First there was the Galehead Hut stay (which they rather enjoyed). Then the weather, which was cooperating nicely. Then the photographers we supplied — Redline Guide Ryan Mcguire and current Guide Intern Mike Maciel (we’ll be telling you more about him soon) — had to hike up to the hut to follow the couple up. And finally there was Redline Guiding owner and wedding officiant Mike Cherim. He came up from another direction opting to hike North Twin first. Thanks to more potential views, that route is arguably more appealing. Or that’s what Mike says, anyway.

Mike was the first to arrive on the summit. He was very early, but you simply cannot be late to a wedding! A couple hours later Mike M. arrived, followed by the groom, his best man, then Ryan who escorted the bride and her friends/bridesmaids. The bride and groom, protected by the rocks, changed into wedding clothes, then everyone moved into position. Mike was instructed to wear his hiker clothing, complete with his trademark Buff, and he stood on some rocks that would serve as an altar. The photographers Ryan and Mike captured the event on film… so to speak.

The photos which follow are a collective effort on the part of Mike, Mike M, and Ryan. Uncredited photos are from Mike. 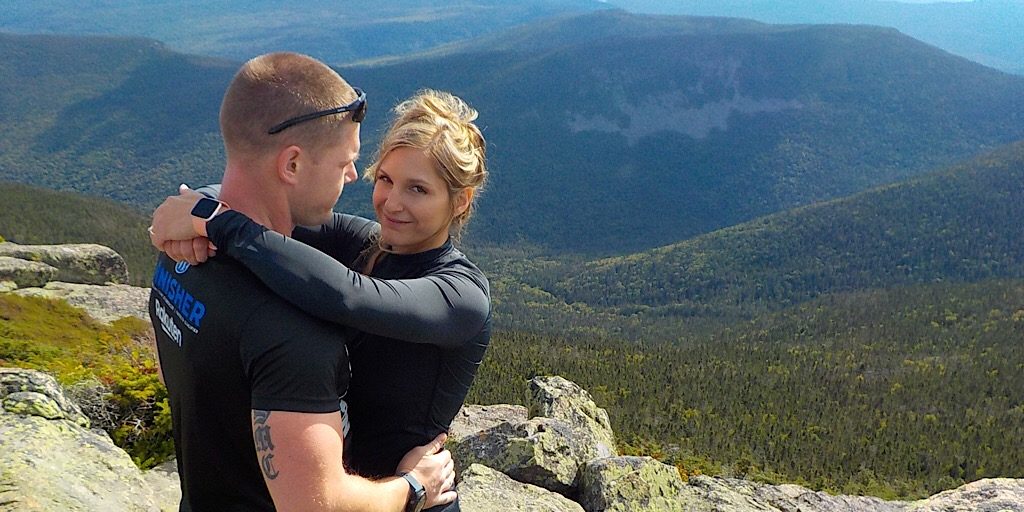 A very romantic setting. The couple, still as singles, embrace. 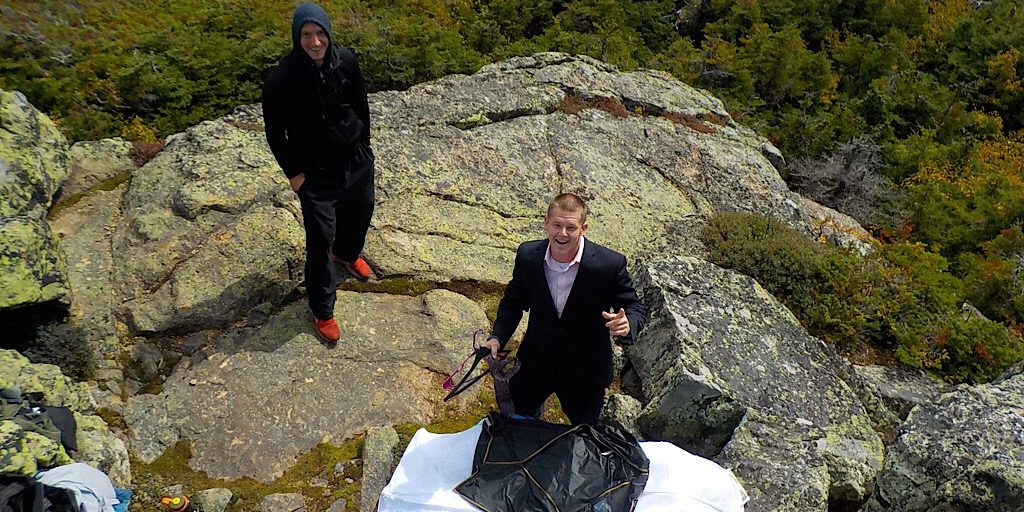 Preparations are underway in the men’s room. 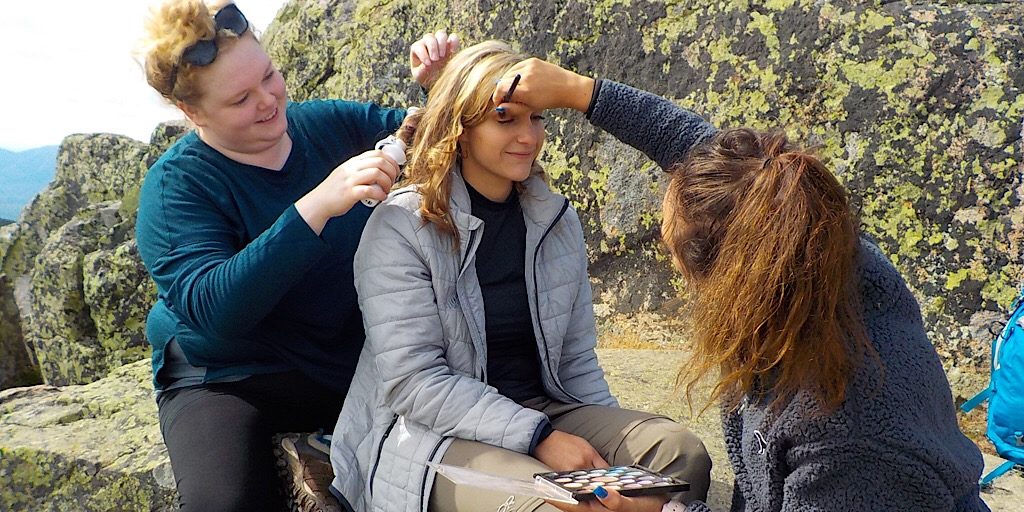 Same thing going on in the ladies’ room. (Yes, that is a battery-powered curling iron.) 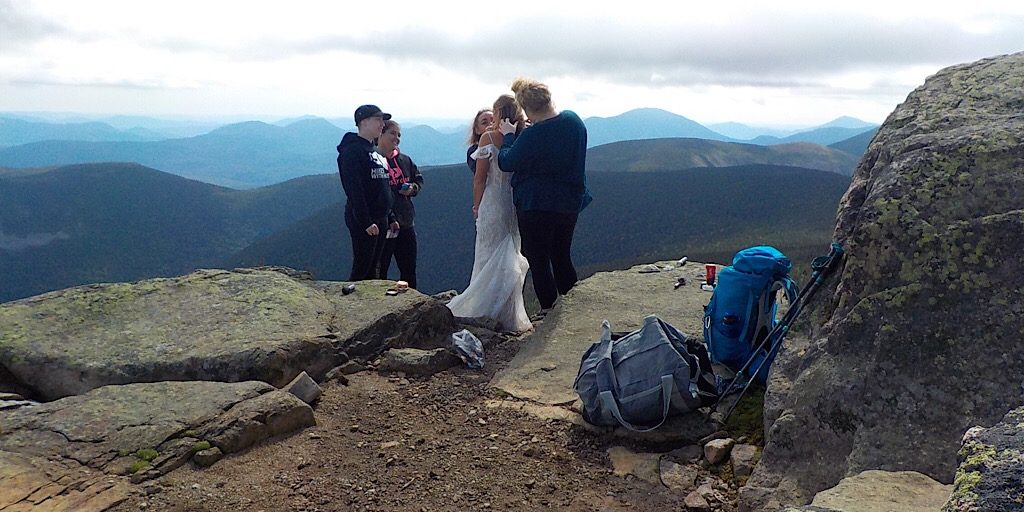 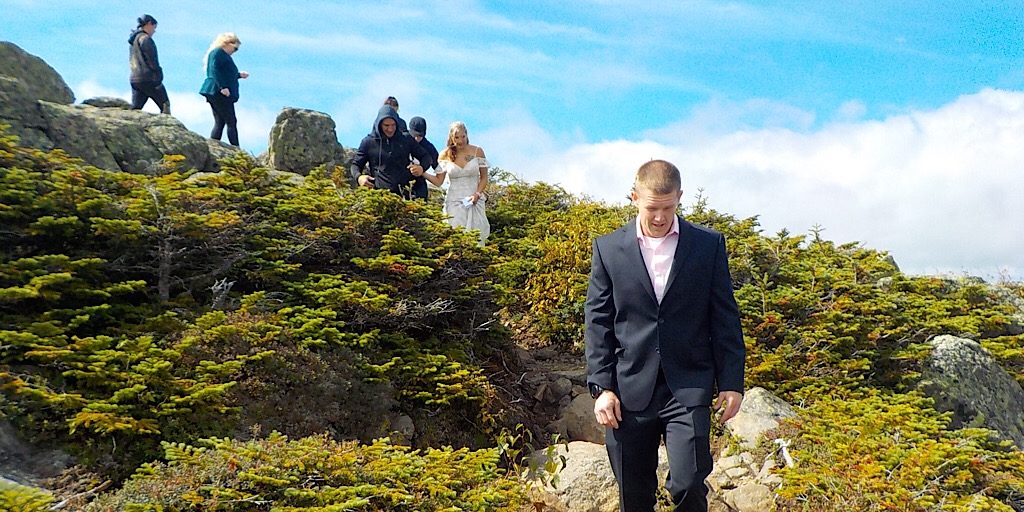 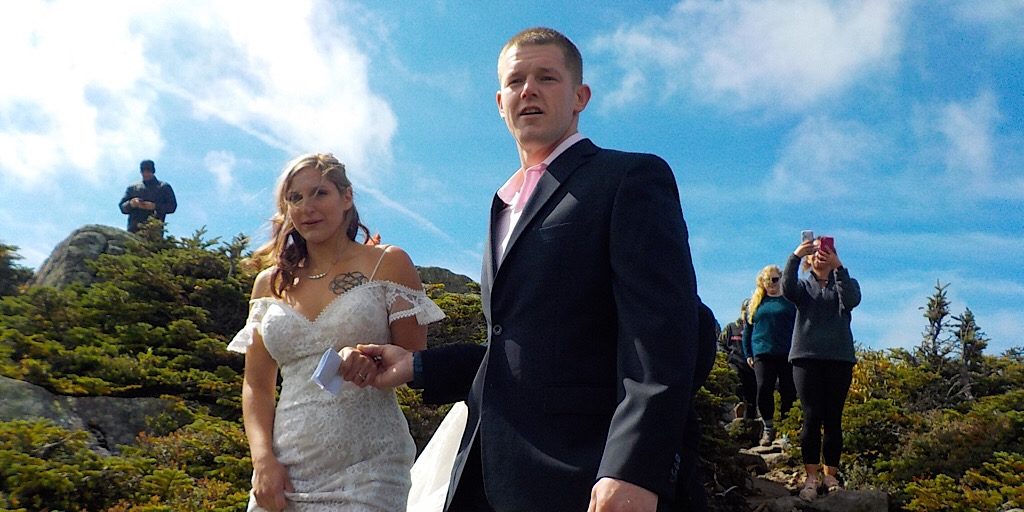 Coming in for landing… the final approach. 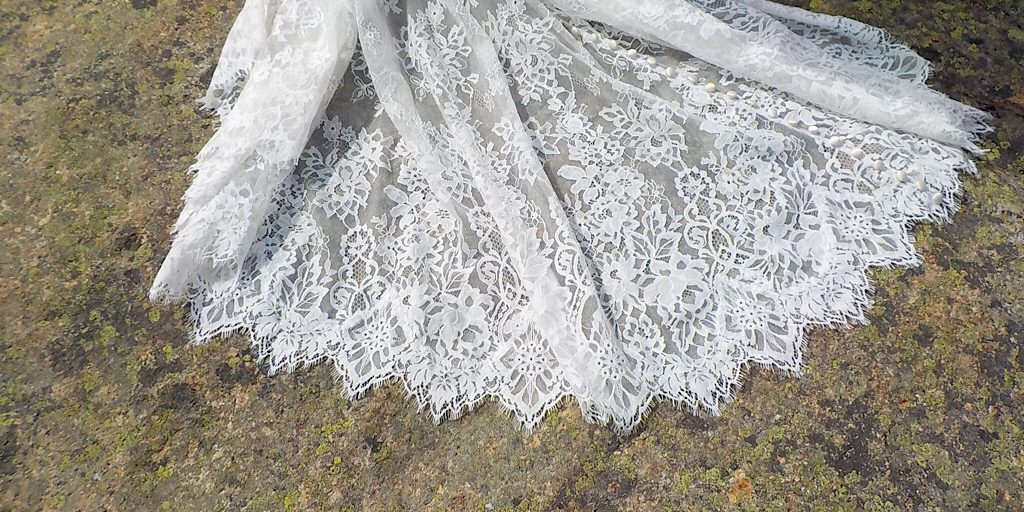 The juxtaposition of lace on rock. 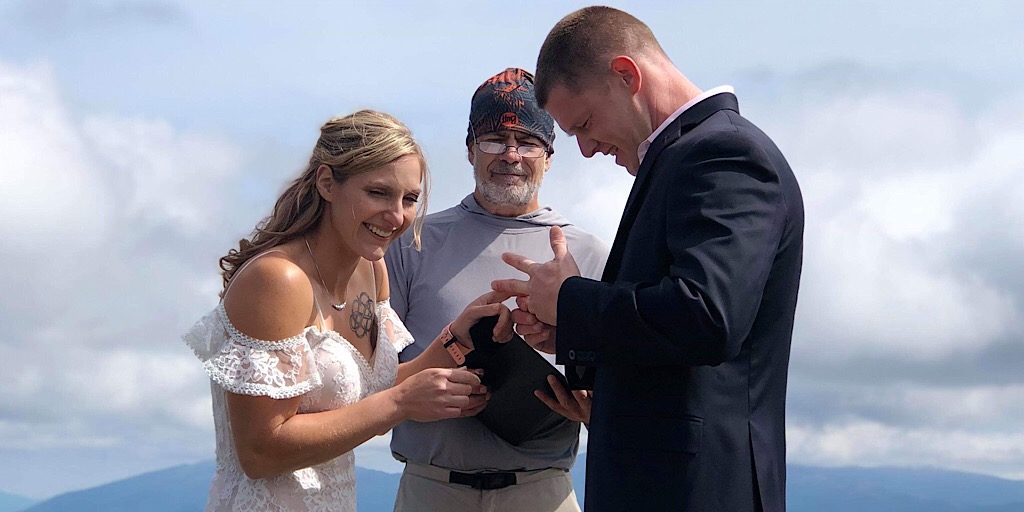 Many people’s hands swell slightly from hiking. That makes putting on a ring more of a challenge. Photo by Ryan Mcguire. 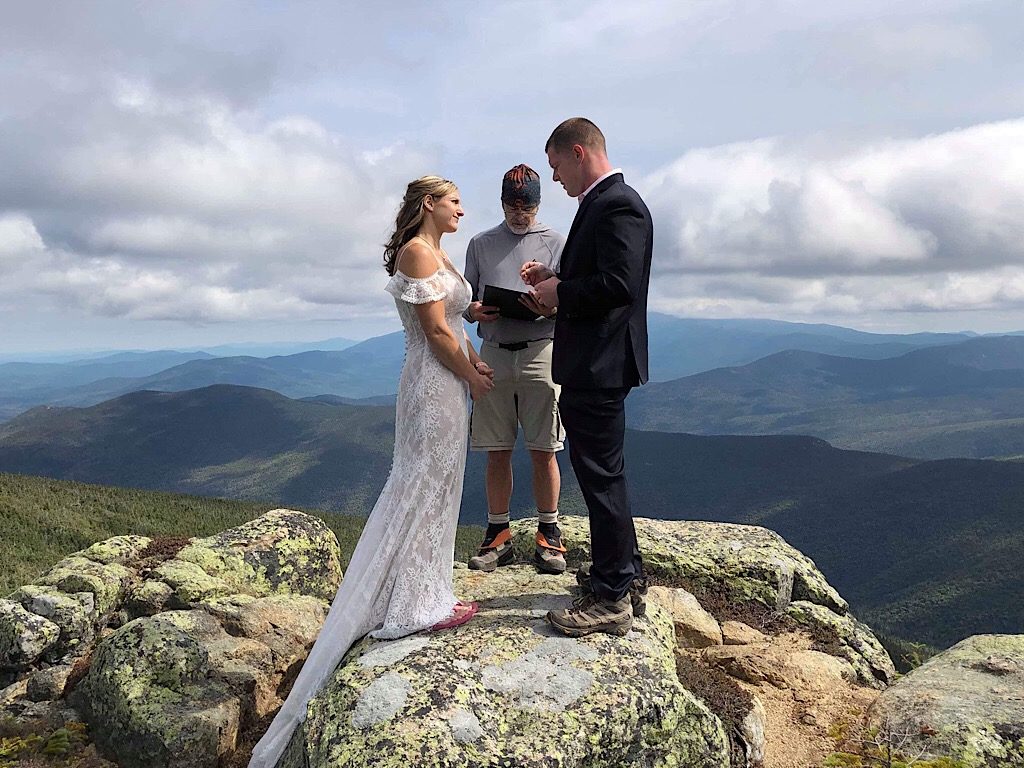 The ceremony. Note the awesome leading lines thanks to the clouds. Photo by Ryan Mcguire. 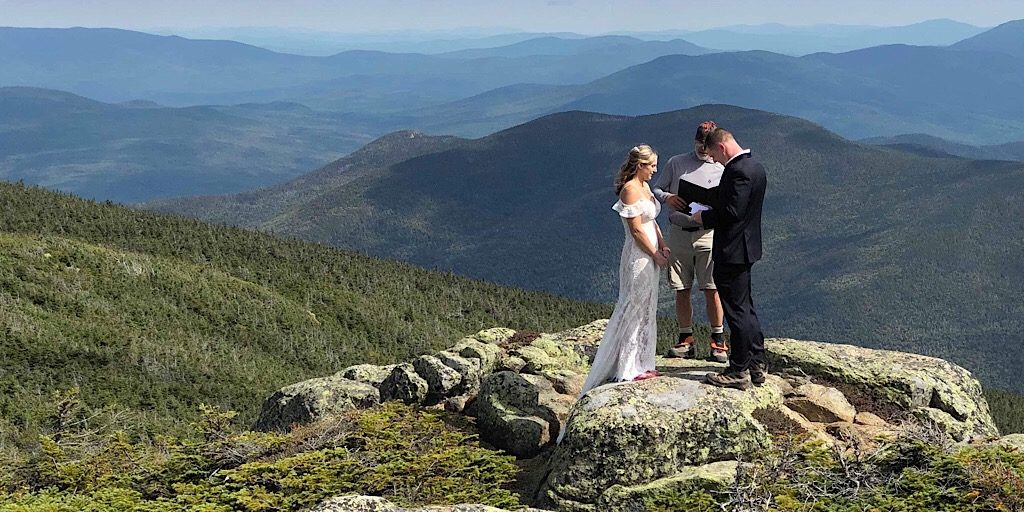 What a fine looking spot, yes? Photo by Ryan Mcguire. 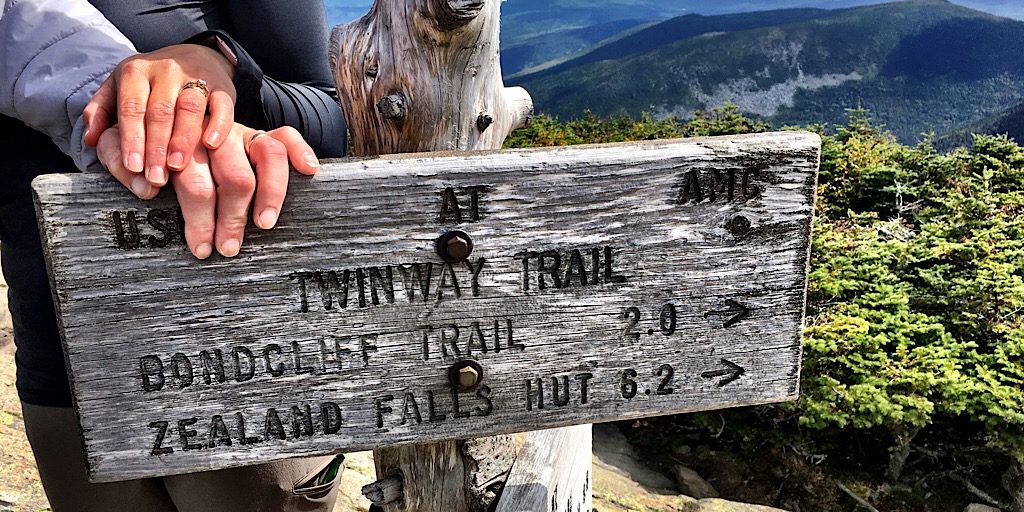 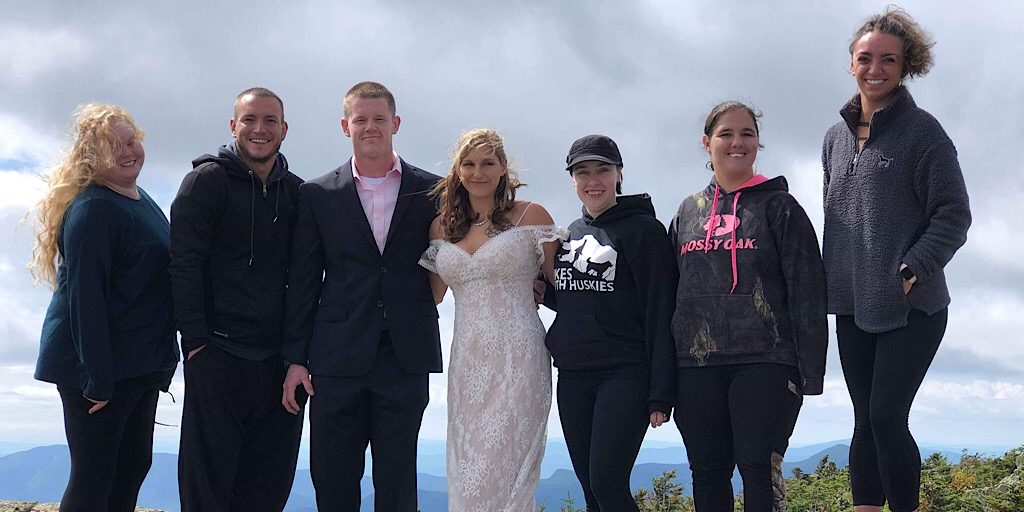 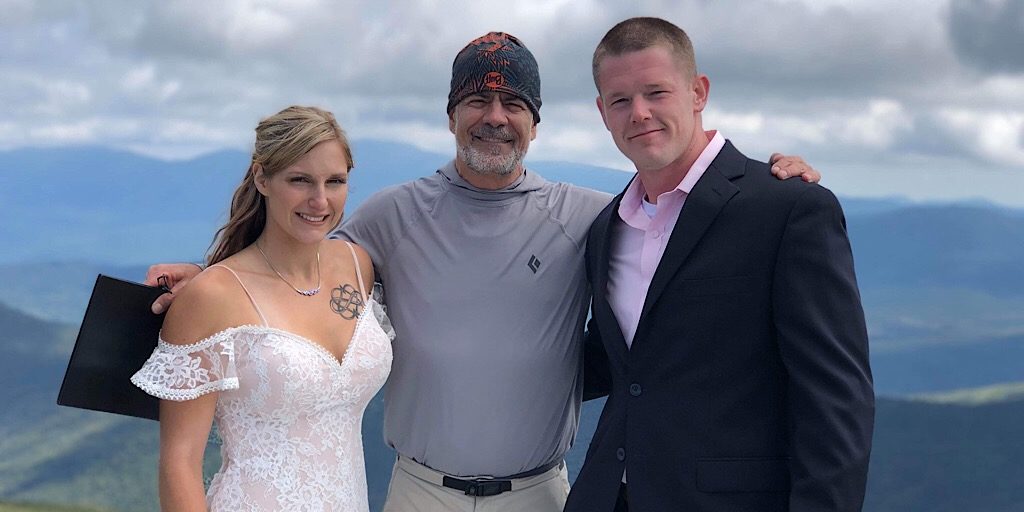 Mike with the bride and groom. They have been married about a minute. Photo by Ryan Mcguire.

Congratulations Dustin and Christina! May all your days offer such peace and beauty!