“Of the seventeen peaks I have left, only the hard ones remain,” she said as she booked our services for a guided ascent of the 5712-foot Mount Jefferson (third tallest of the 4000-footers). This trip, however, would be atypical. Instead of hiking with our guest from trailhead to summit then coming back down as we normally would, this time our guest would be headed up on her own the day prior to our adventure! The guide assigned to this trip, Redline Guide Ryan Mcguire, was to meet her at the AMC’s Madison Spring Hut the following morning after breakfast and guide her around Mt Adams (which she had already) to Jefferson then toward Clay and down Jewell Trail, leaving Mt Washington as an option. As per her plan, she would attempt Mt Madison on her own on day one (successfully) and spend the night at the hut.

Beginning a few days before the hike she was showing concern for the winds as were we. As forecast, they were going to be strong. How strong was to be determined — lately it seemed the forecasts overshot reality. Since she was booked at the hut, Madison would happen anyway. She was committed. She would stay there and in the worst case she would just come back down. The forecast was so dire, in fact, she considered throwing in the towel on Jefferson altogether. With all things considered, though, we suggested green-lighting this trip and our guest eventually agreed. Second thoughts raced around her head again at the hut in the wee hours of the morning while the strong winds gusted just outside. She was even going to call Ryan to call it off, thinking it didn’t sound doable or fun, but she had no service. Fate was in charge now.

Ryan arrived, they left, and the winds were strong. But it was also nice — barring the last hour in which it rained. The winds challenged them, but not overly so. It ended up being okay. The photos will attest to this. Our guest looks very happy. 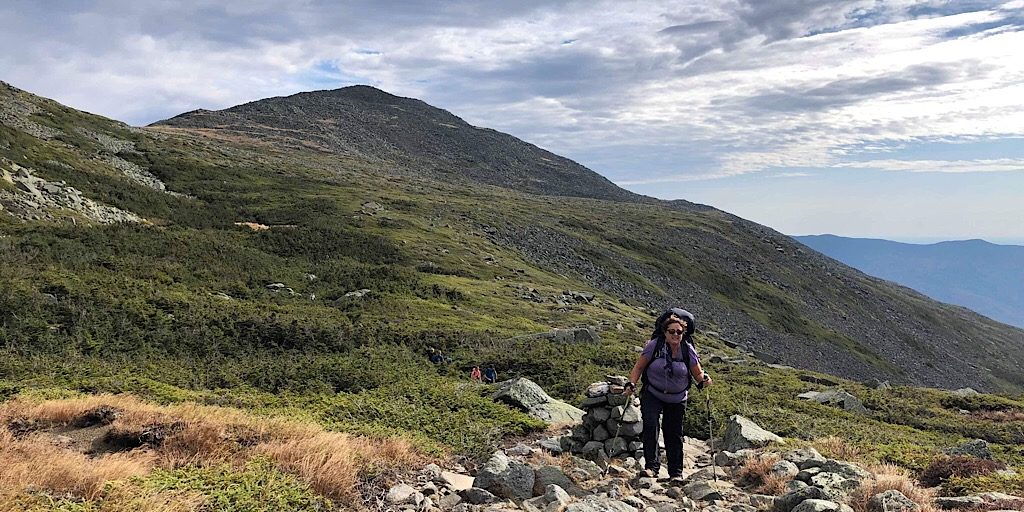 Headed toward Edmand’s Col between Adams and Jefferson. 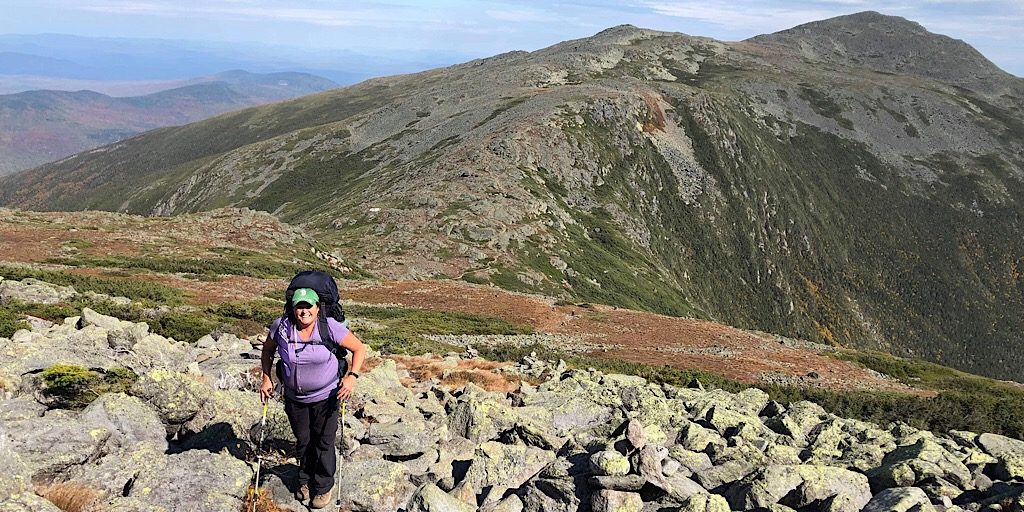 Climbing out of Edmand’s Col. 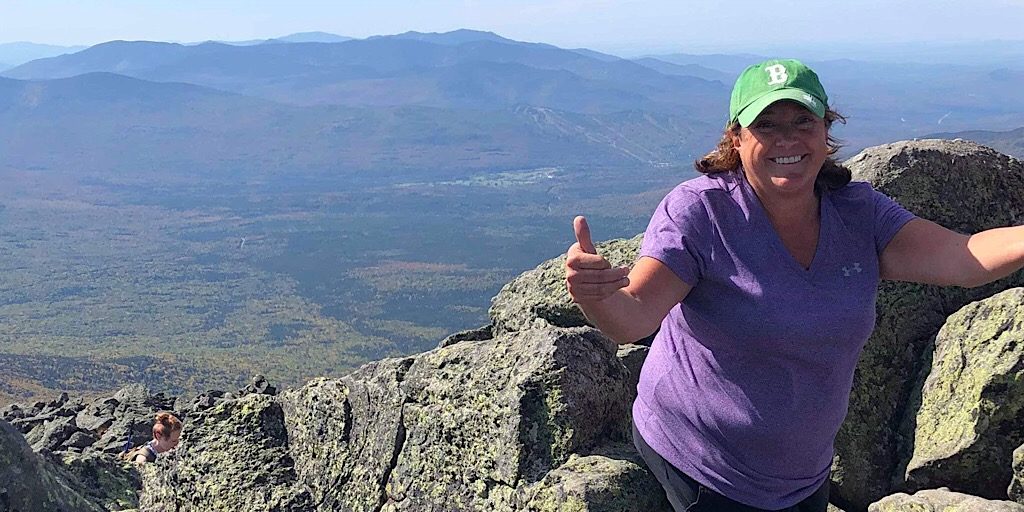 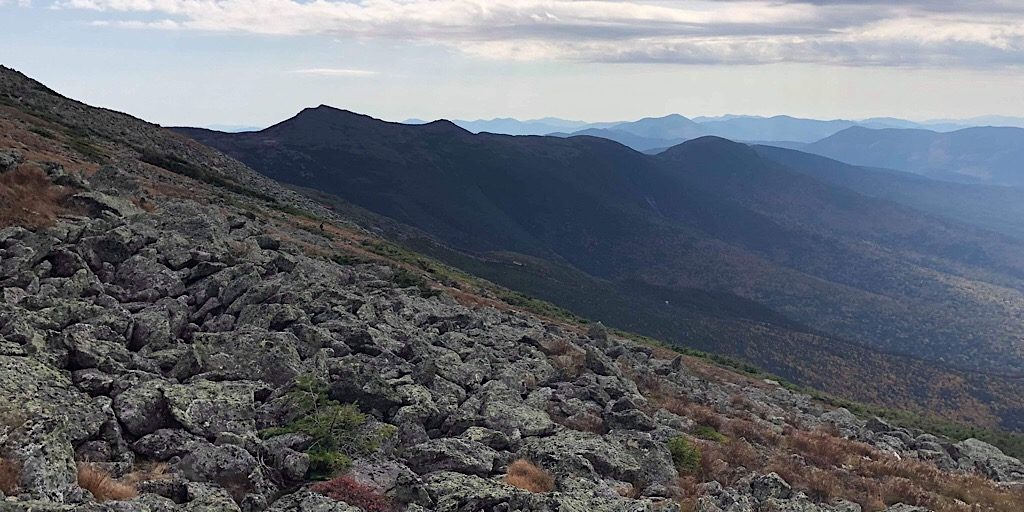 Starting the descent on the flanks of Mt Clay. The southern Presidentials in shadow in the background. 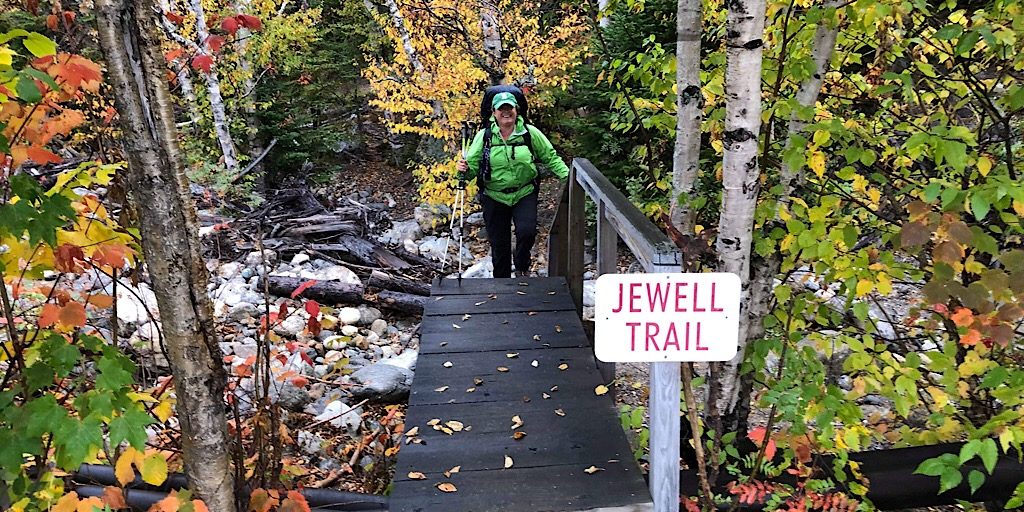 Great job, Ryan. And to the team, awesome. Congratulations! Thanks for choosing Redline Guiding.