A million people, apparently, were seeking the peak.

On any given day we can find solitude in the White Mountain National Forest, and if that is what’s requested, we can deliver the goods. But if Mount Washington is the objective du jour, we have to take what we get. And believe us when we say some days are better than others for hiking the “Rock Pile.” If making an attempt during a weekend when some special event is going on on the mountain, for example, one has to expect significant crowds. There was, we were, and the crowds didn’t fail us. With us were a couple from Mass. And leading the trip was Redline Guide Jeffrey Shutak.

The team met at our Basecamp. They were renting Ready Packs from us for the day so meeting there allowed for last minute kit changes. The days of lugging around an entire gear room in the van are thankfully over. Once set they took off for the Ammonoosuc Ravine Trail with a plan to head up the west side of the mountain, doing an out-and-back (they would later descend the Cog Railway’s maintenance road, which was always an option).

The weather, as forecast, was hot as the bejeebers, and wicked humid, too. It’s part of summer. We try to get an early start when we can, even pre-dawn if given a choice, but ultimately we will sweat. We know this going in. Even in winter! Hiking’s not easy. If it was easy, everyone would do it. That said, based on Jeffrey’s report, everyone was doing it! He described the Ammo and Crawford Path as one would a conga line. A million people, apparently, were seeking the peak.

They did eventually make the summit. The heat and humidity slowing the pace. (Plus, Mt Washington is a beast!) Once at the summit they mingled with the hordes milling about in the buildings and outside. Guide and guests even momentarily becoming separated in the crowds. The summit photo took thirty minutes of waiting to acquire, but it will no doubt be cherished. They made it! And unlike the train-takers and road-riders, they hiked it on their own two feet! They celebrated their summit photo with pizza, which required standing in yet another line. A buzzkill, yes, but this achievement cannot be undone. 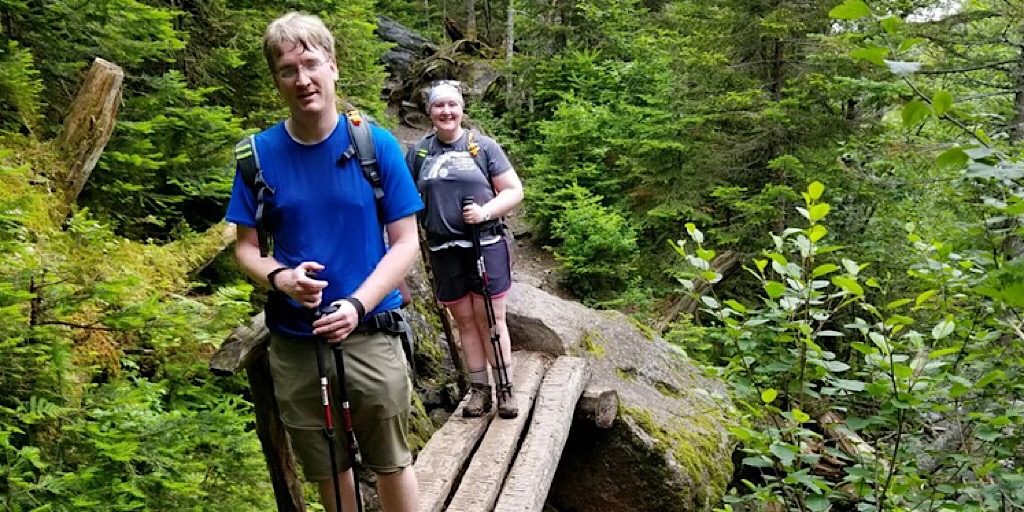 The heavy lifting hasn’t started but already everyone is hot and sweaty. It’s just one of those days. 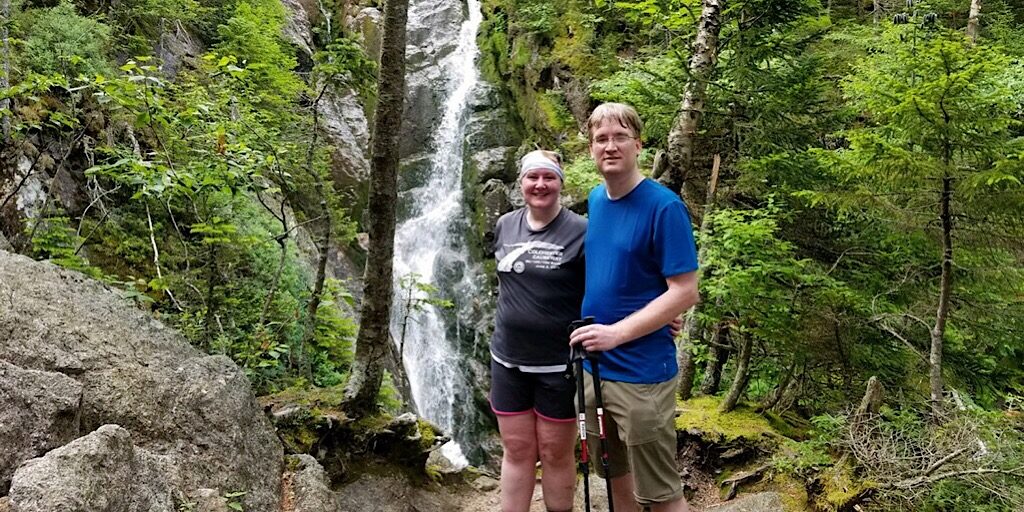 The Gorge marks a nice spot to break off the beaten path, so to speak. 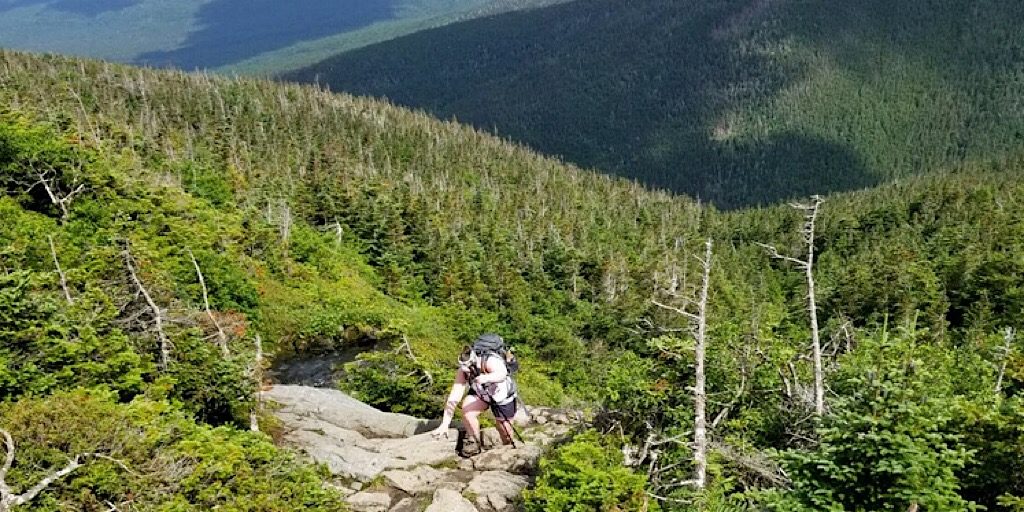 Rising above the trees. 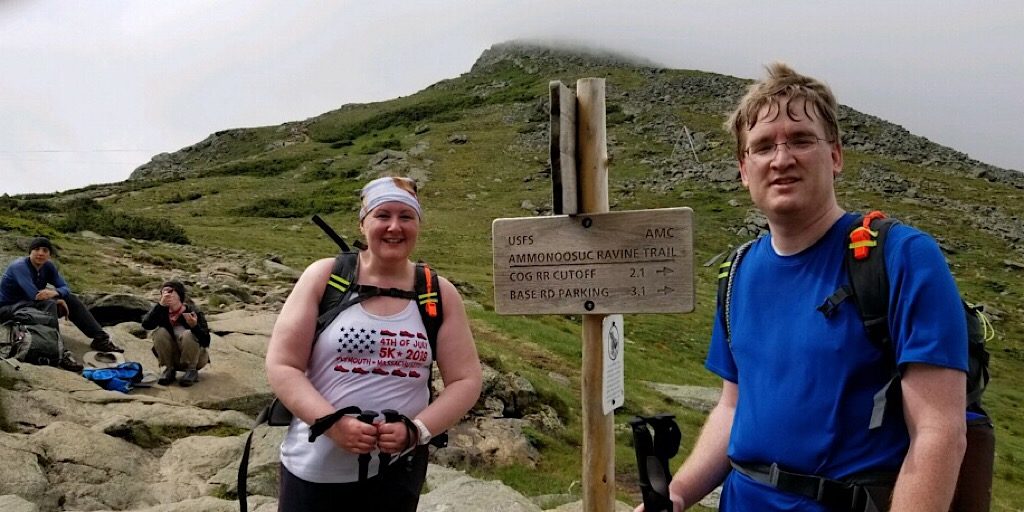 On the ridge. The temps here are less, the breezes more. These are rewards. Mt Monroe shown in the background. 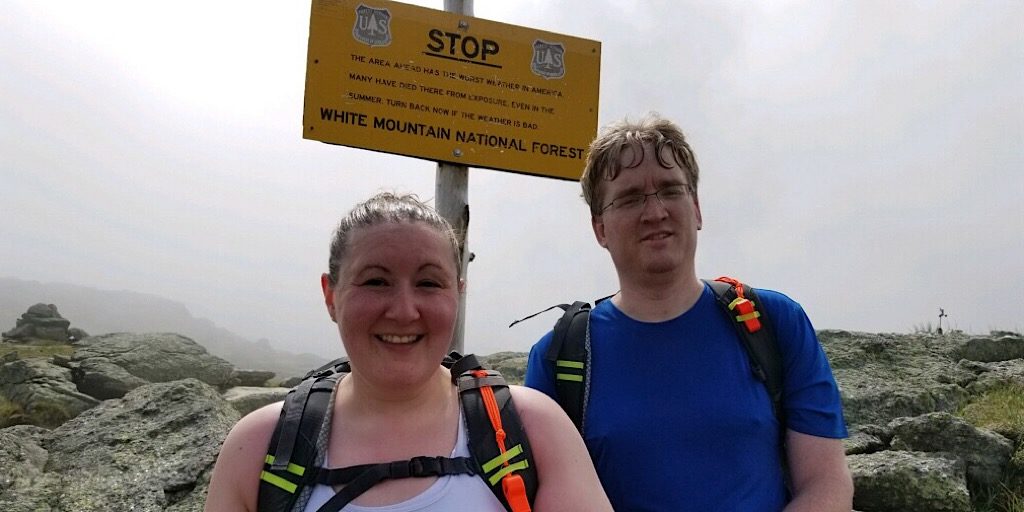 The sign sends a serious message. And it’s a great photo op because of it. 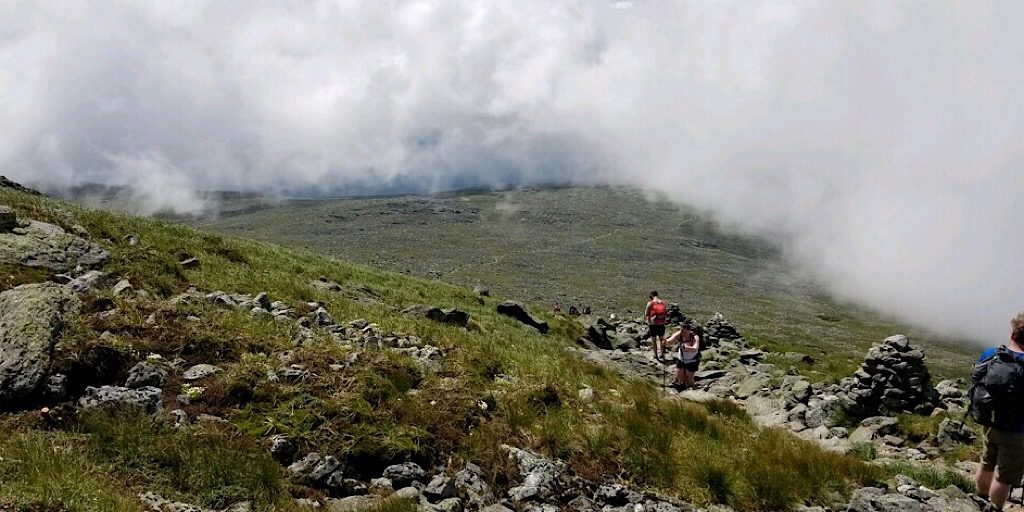 Final push toward the summit. 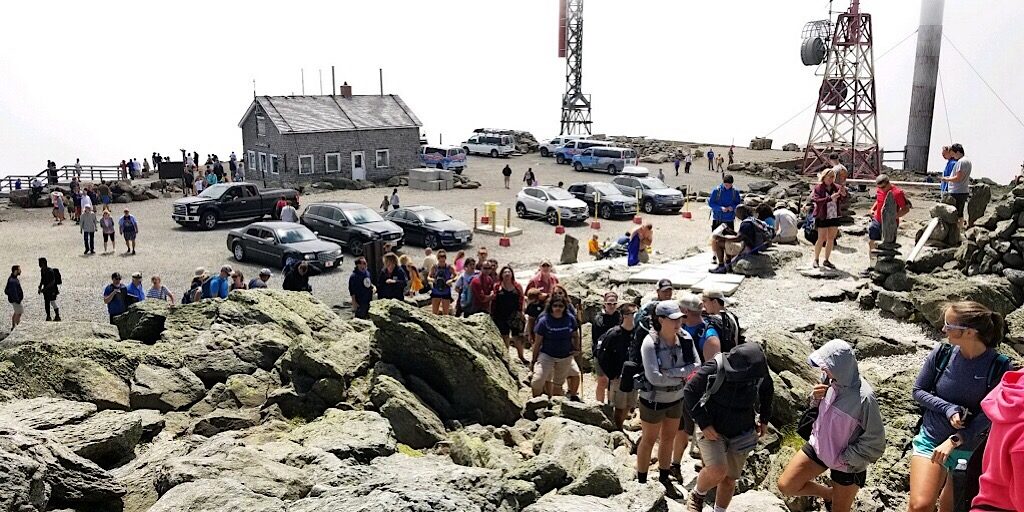 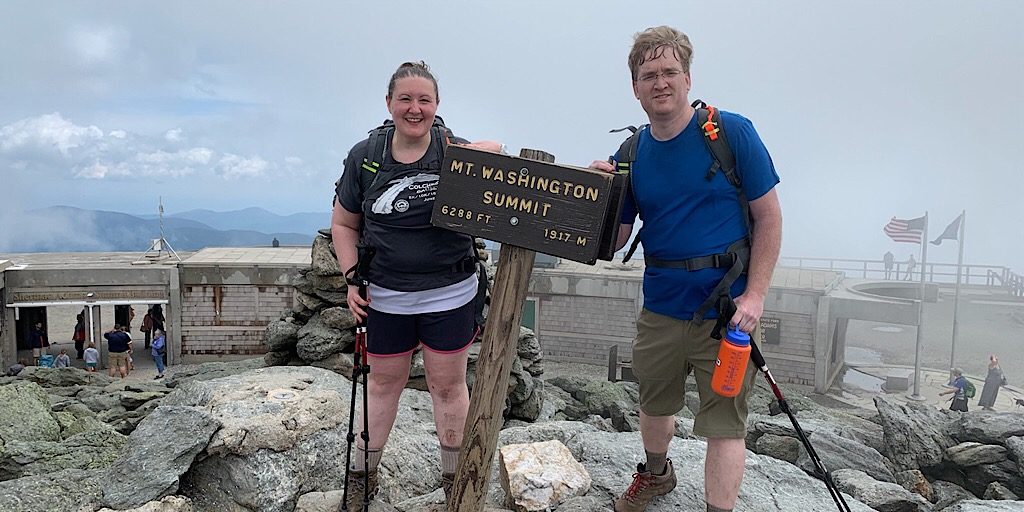 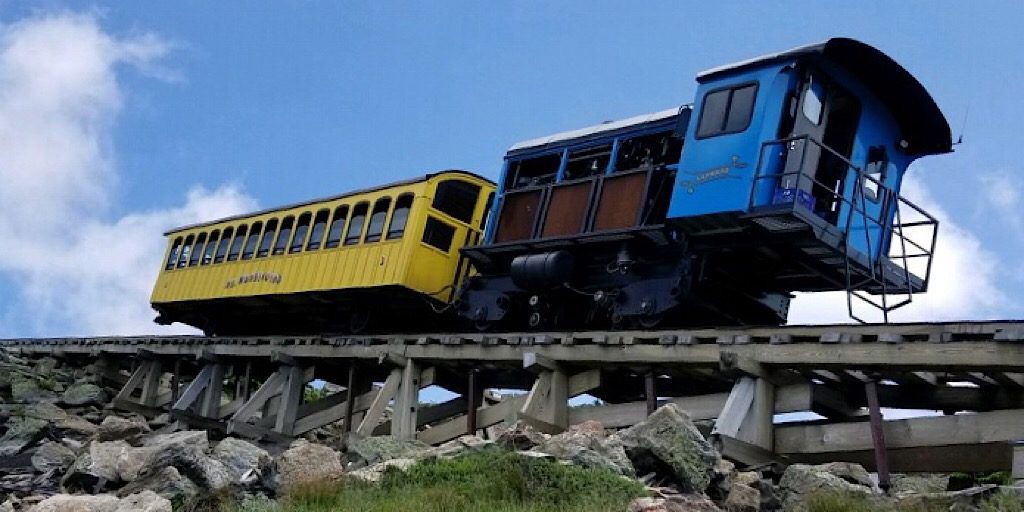 They hiked down the maintenance road to make their exit.

Great lead, Jeffrey. And a big congratulations to our team for the summit! Well done!