A long-returning guest of Mike’s who had climbed with him on Mt Washington on two prior occasions had come back for more. But this time was going to be different. On previous trips, he said, he always had an agenda, some hard rules and objectives. This time he wanted to simply relax. Not to embrace lethargy over the course, not by a long shot, but to not be so driven either. His first day back up here, in fact, he did absolutely nothing smiling in delight as he said this over dinner. His wife told him to enjoy himself and he was. A fellow could get used to this, savoring some enchiladas at a local eatery.

I just wanted to tell you how impressed I am with Jeffrey. He is a great guy and adjusted the hike to my expectations. He is definitely a keeper. I would go out with him again in a heartbeat.

The next day he met up with Redline Guide Jeffrey Shutak — an excellent choice (see inset quote) — and together they proceeded to the Ammonoosuc Ravine Trail. They hiked at a relaxed pace but at some point maybe a quarter mile past gem pool our guest was starting to bonk; he was running out of gas, so to speak. He had been off his training regimen for a while and was just trying to get back into shape. It’s tough to do, to simulate hiking, in Illinois from where he hails. He is okay with admitting this.

They had gained over 900 feet at this point when they turned around retreating from the mountain. The hike was over, but not the day. It was time for a second destination. Jeffrey decided to lead our guest to Arethusa Falls (the second tallest waterfall in the state and it was in its glory). He told him it was sort of a flattish way, and in some weird way it is in Jeffrey’s eyes, but it isn’t. Was this Jeffrey’s plan? To sneak in some more training? Well, it totally worked. Visiting Arethusa Falls upped their elevation gain over a thousand more feet. He could feel it in his quads and in his hip flexors he told us over dinner on night two (more enchiladas). By the sounds of it, he came here, drawn by his love for the White Mountains, and got the whole enchilada. 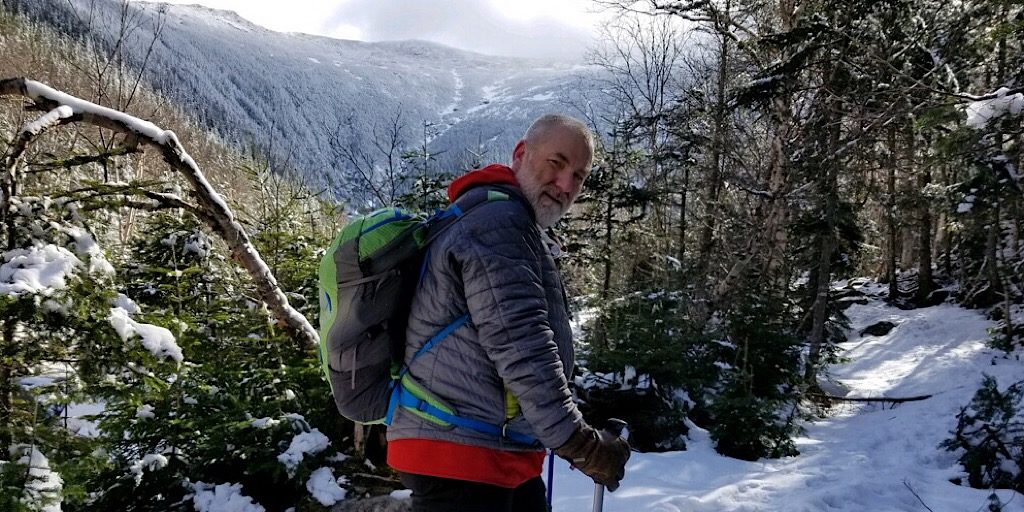 A gorgeous day to be hiking. 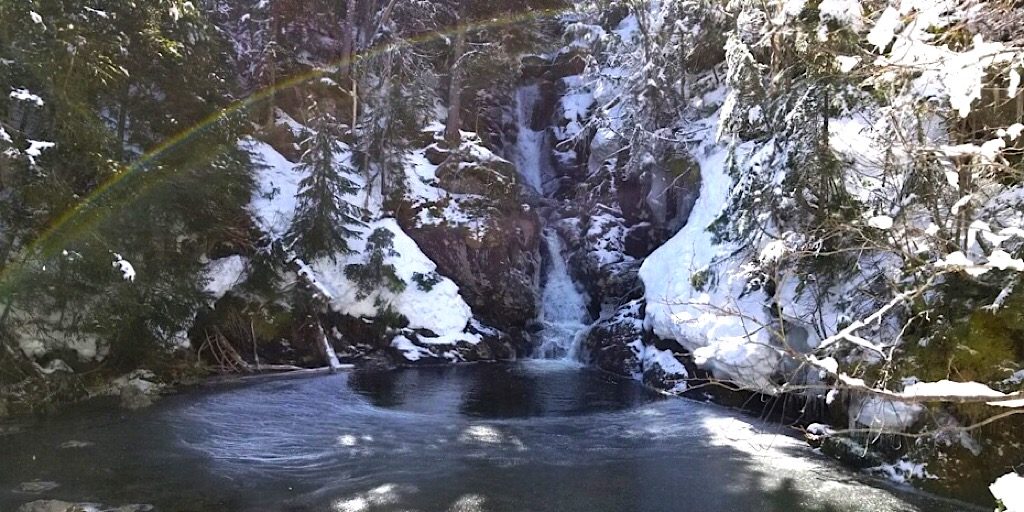 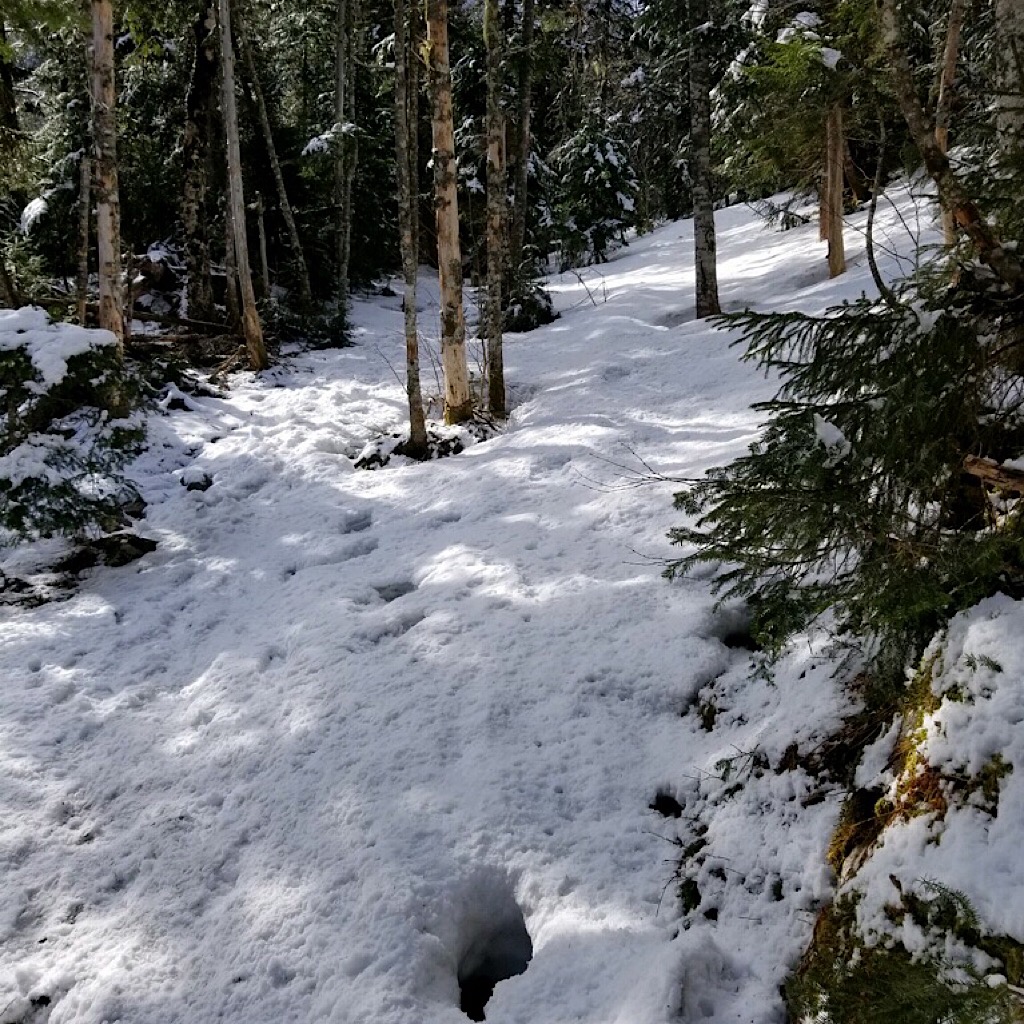 The way in, the way out. 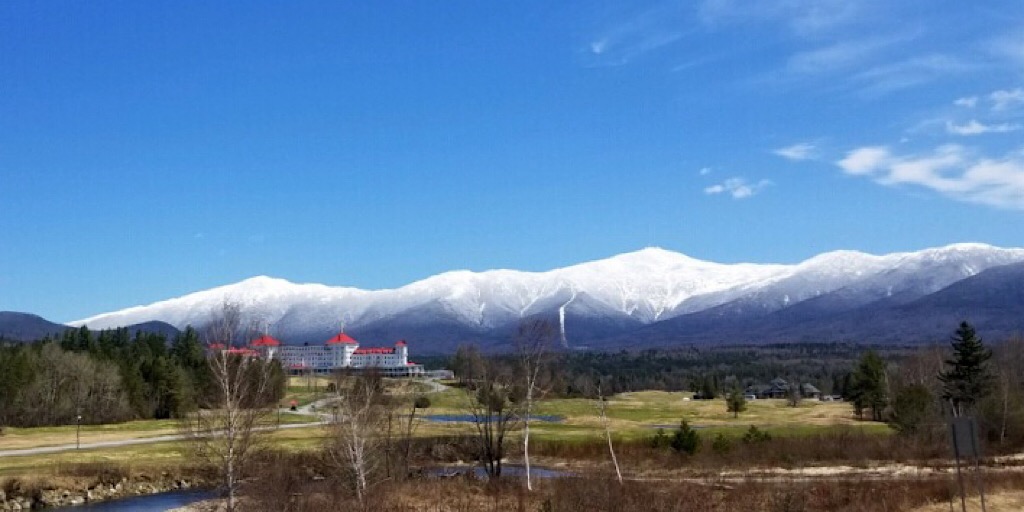 A photo op while the team shifted gears. 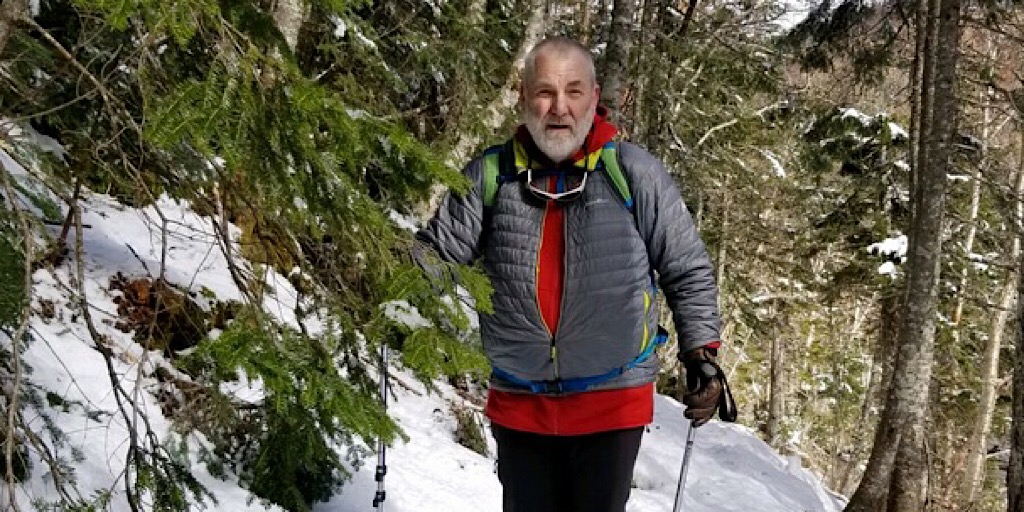 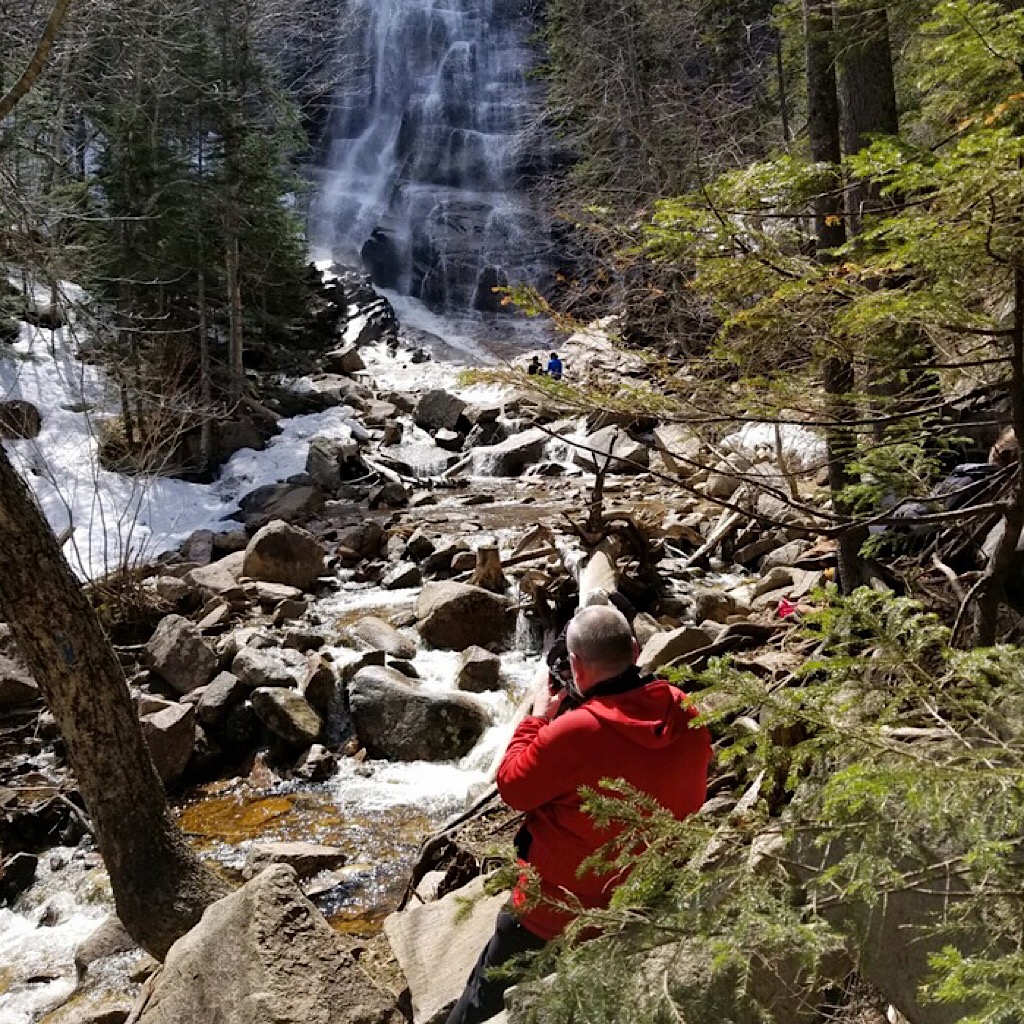 Work out and relaxation both achieved. Good choice, Jeffrey. 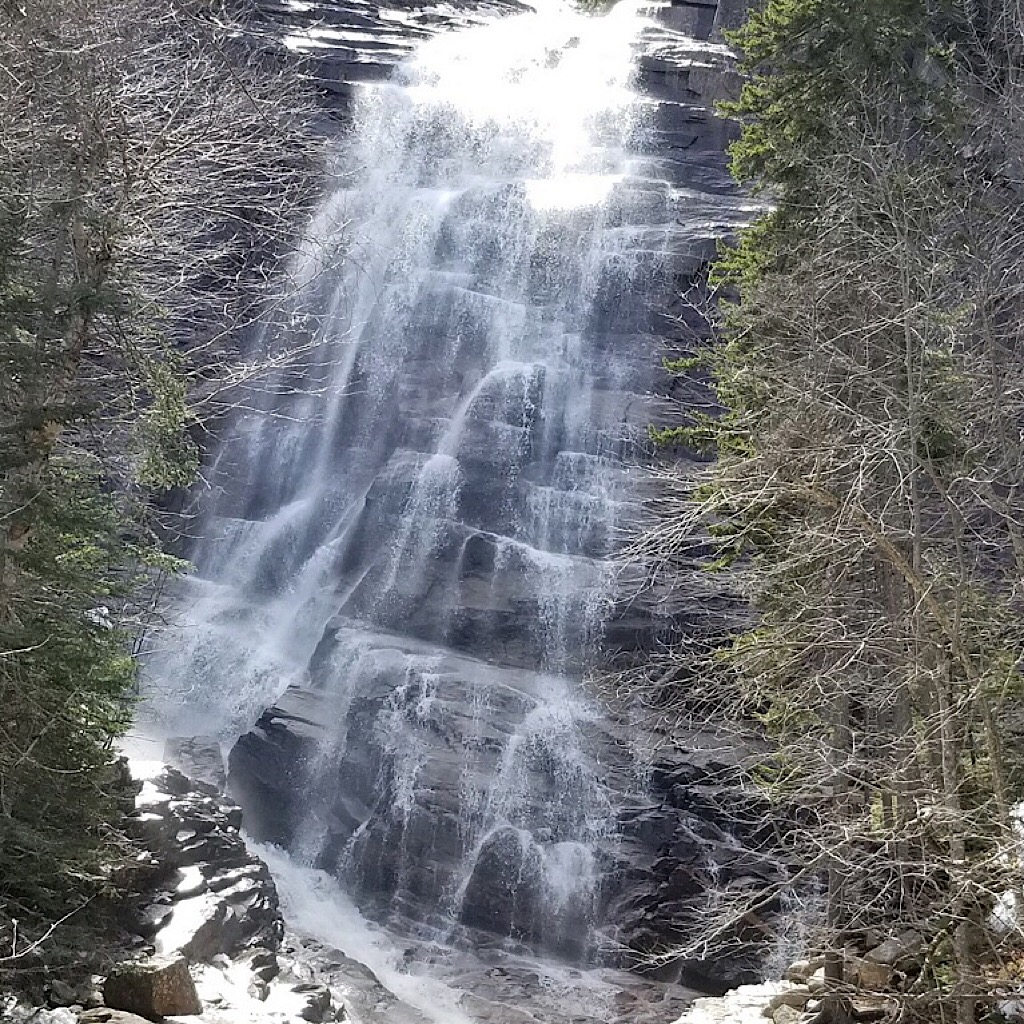 Arethusa Falls in all its glory.

Well done team. Nothing wrong with mastering relaxation while getting in 2000′ of gain. Fine lead, Jeffrey.