The west side team hiked up the Ammonoosuc Ravine Trail, took a left on Crawford Path at the boarded up hut heading toward the summit, but one of the guests was really feeling the burn and opted instead for Westside Trail and down the Cog’s swath. The east side team hiked up Tuckerman Ravine Trail, skis on their packs. Skins weren’t brought as it wouldn’t have been worth it. The skiing was great, however. That said, one of our guests took a tumble on Left Gully and slid a bit but wasn’t hurt thankfully. It was a fine learning experience and all were thrilled. What follows is a few photos from both sides of the mountain.

On the West Side 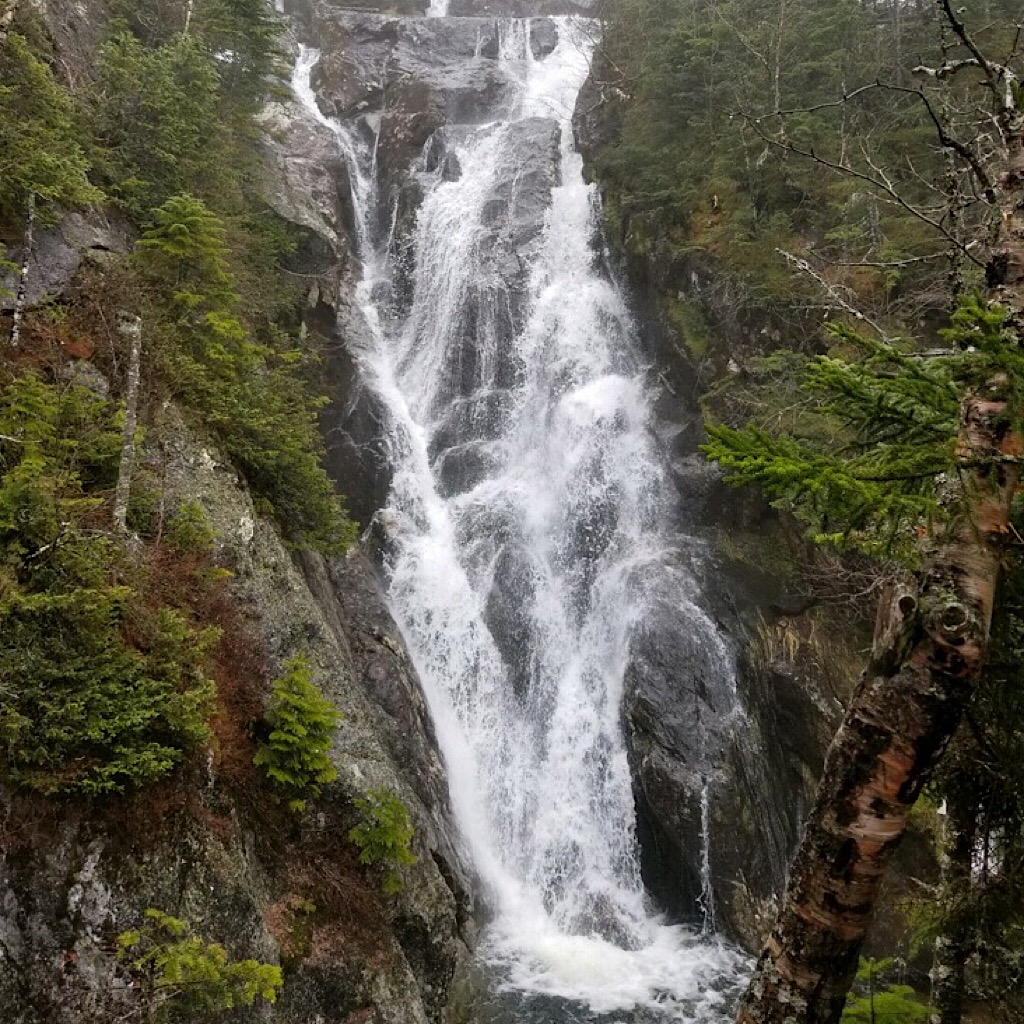 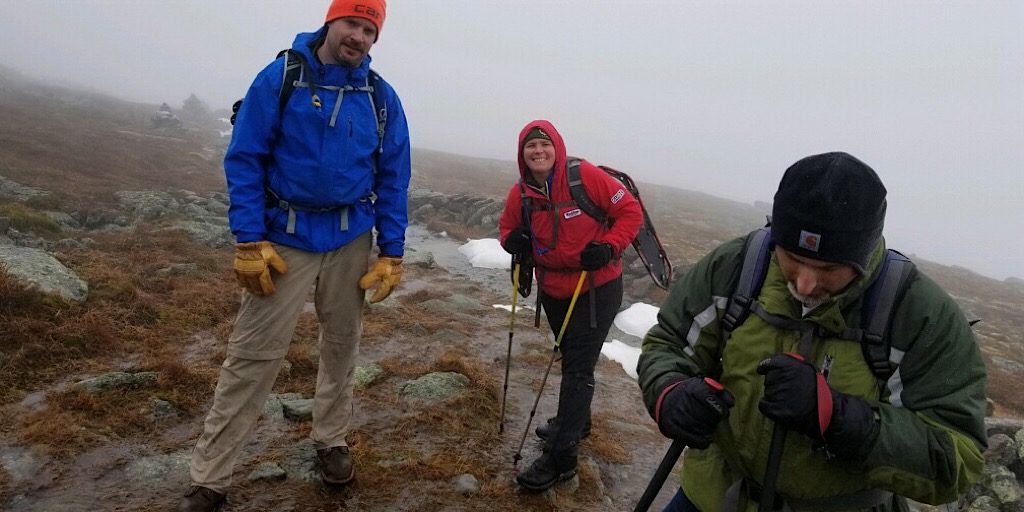 The team above treeline. Rachel in red.

On the East Side 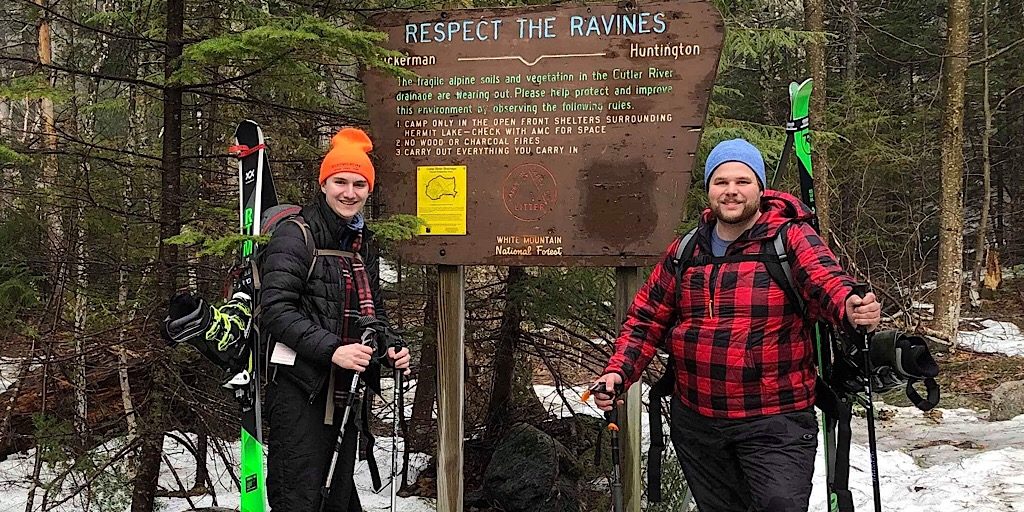 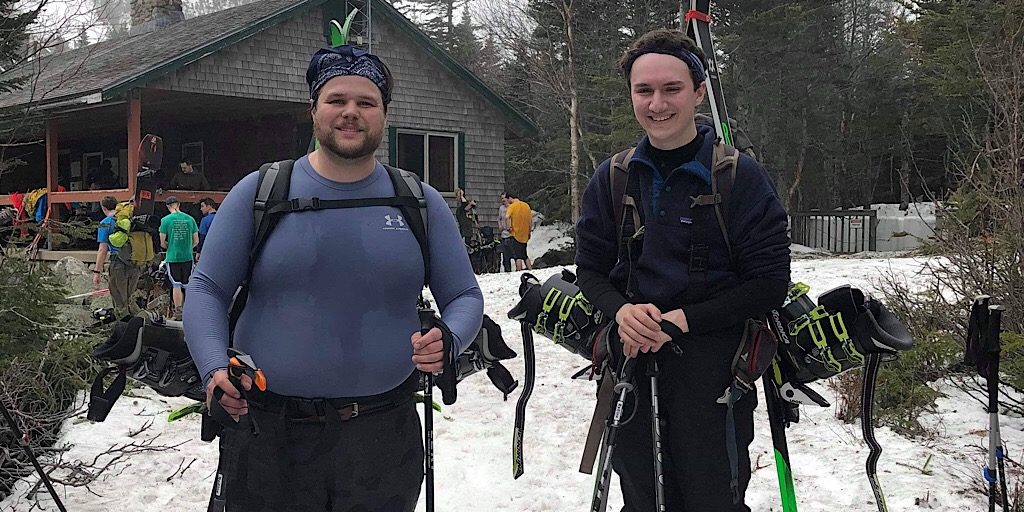 The earning part of earning your turns can be significant. 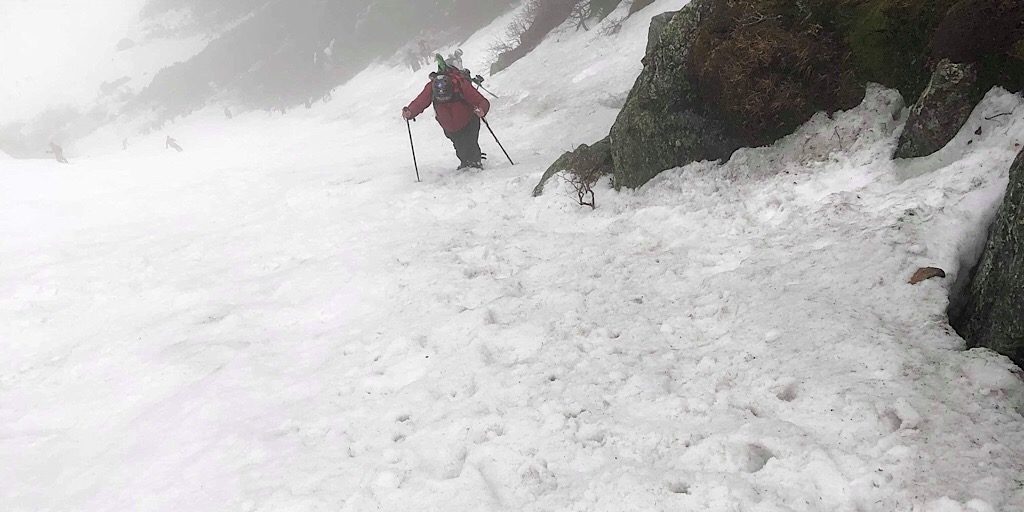 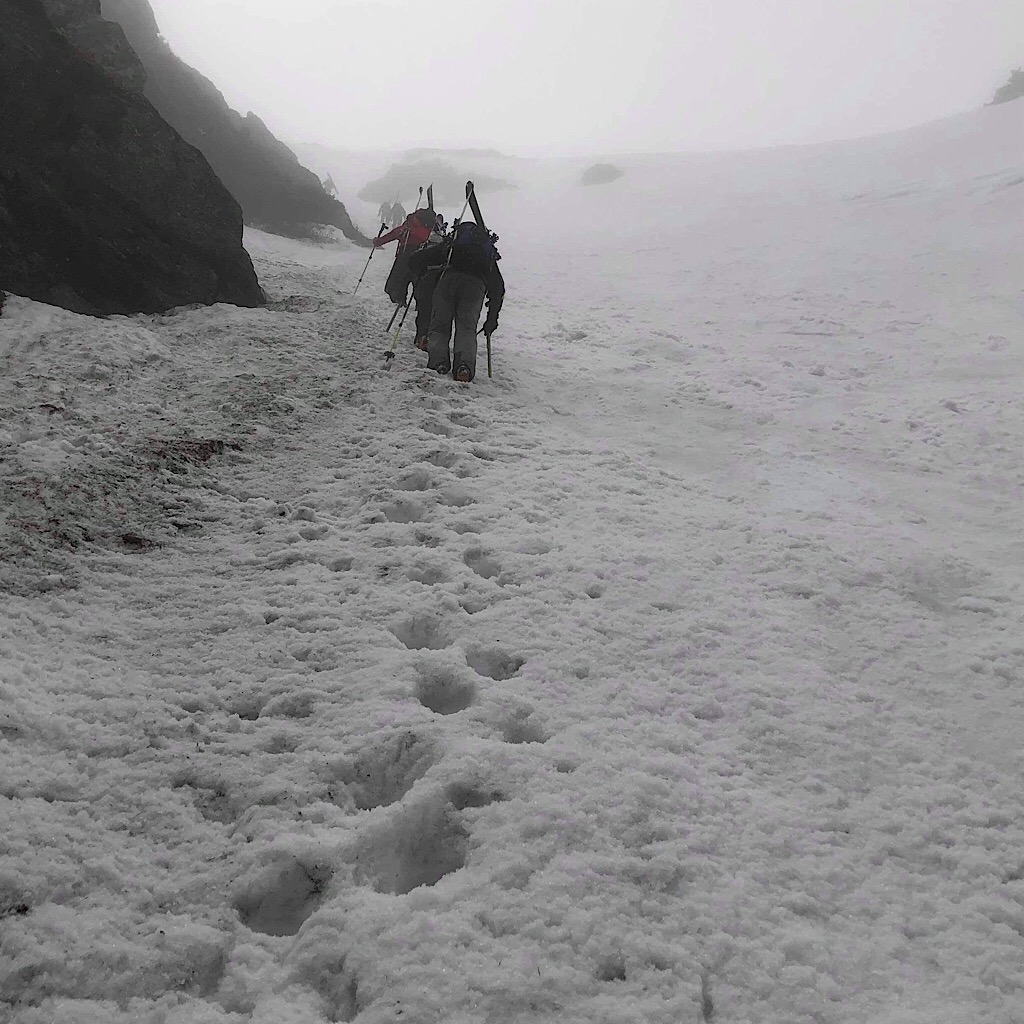 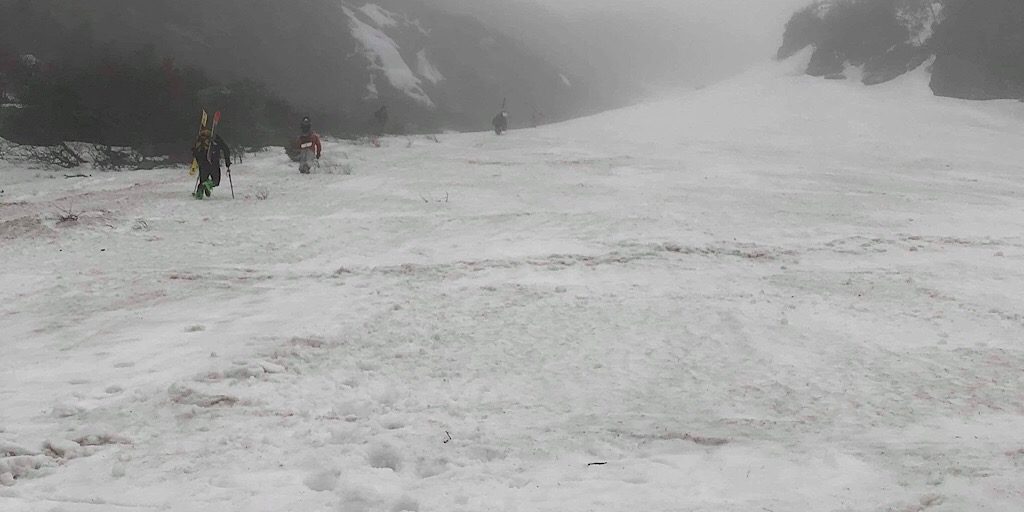 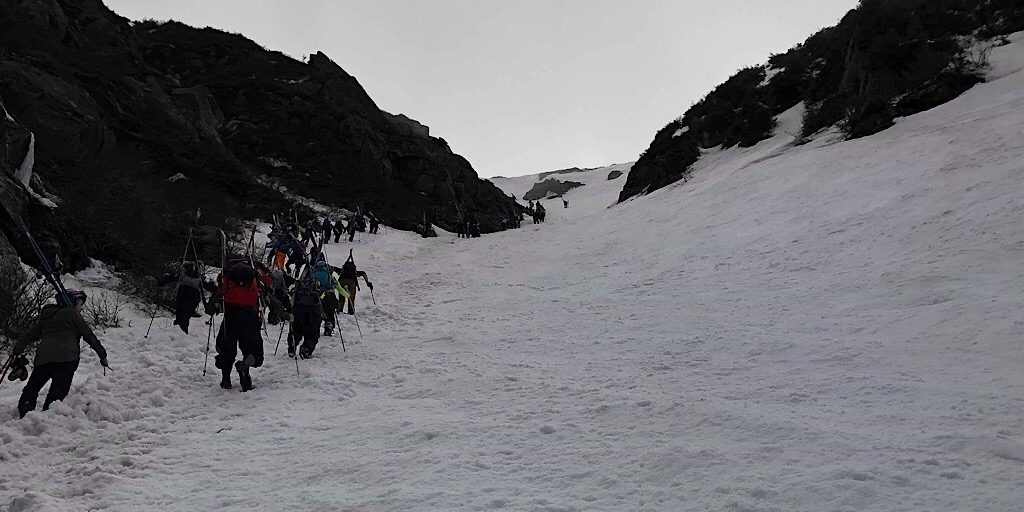 Yeah, this is for us.

Well done everyone! Thank you or choosing Redline Guiding.