She came to us from Connecticut with a goal of preparation and training for Denali in mind. Or re-training may be more apt since mountaineering wasn’t at all new to her. It had just been a while. In fact, as we learned, in spirit and attitude, she was already ready. She just needed to get used to wearing snowshoes while wearing a huge pack and refresh some of her technical skills as some of the subtleties were lost over time. We brought them back.

She spent a day and a half with us. The first half day was with Redline Guide Jeffrey Shutak. His role was to take her out on a shakedown snowshoe hike of sorts and help her get used to her wearing her 85 liter pack! This she did well and enjoyed very much. Jeffrey took the photos below and offered the following thoughts.

[…] Given the fact that she would be making a six hour drive from Connecticut and arriving mid-to late-afternoon at her hotel, The Eagle Mountain House, in Jackson we decided that a location in close proximity to the hotel would be the best choice to train. After some discussion we decided on the Prospect Farms area of Jackson which is about two miles down the Carter Notch Road from her hotel. Specifically, we would hike either the Wildcat River or Bog Brook Trail, depending on conditions and snow coverage to enable snowshoe training. I met her at EMH and we headed up the Carter Notch Road to the skiers parking lot. I showed her how to put on her right snow shoe and she did the left one herself with no problem. Next we adjusted her new 85L backpack which was quite heavy, then headed out on the trail. We walked down the ski trail and encountered some skiers, still plenty of snow there. She was feeling comfortable with her snowshoes and backpack. Next we did a bushwhack into the woods to get her familiar with snowshoeing in deeper snow. Even with snowshoes we were sinking to our knees. Back on the trail we hiked another two miles and stopped once where she practiced taking off and putting on her snowshoes once more to get familiar with the procedure. She was a quick learner and told me this is exactly what she wanted to do, to get familiar with her new gear. She said she had enough and we headed back to the car but stopped one more time and I showed how to engage her teleavators on her snowshoes and we walked up a short hill. Again she did very well. She is a strong hiker for sure. She loved the area and kept saying how lucky we were to live in such a beautiful place. —Jeffrey 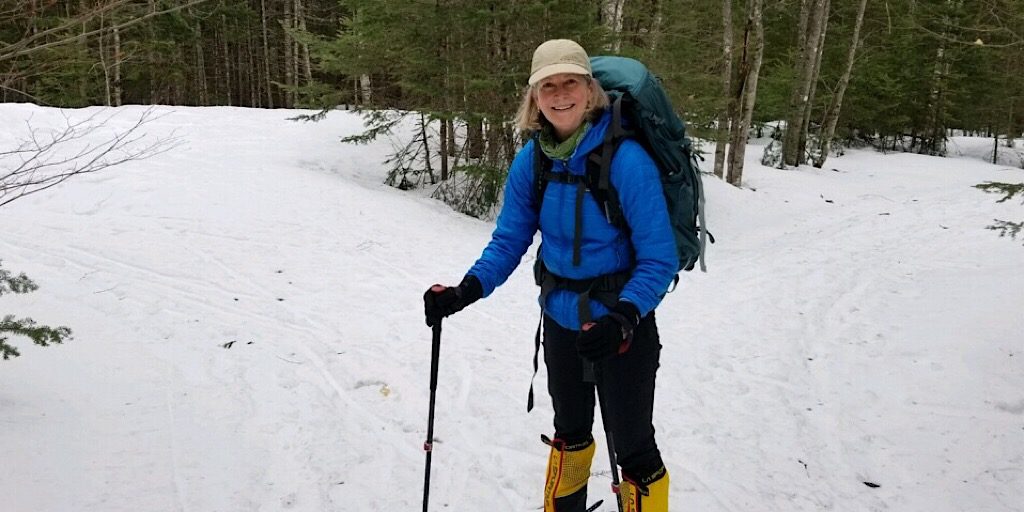 The boots were perfect for Denali and she needed to get used to them. 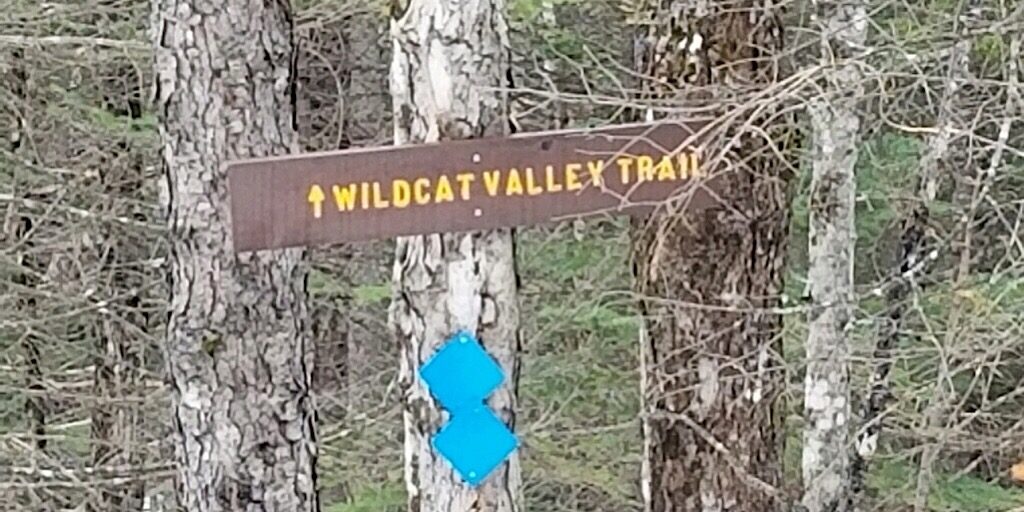 This is the area Jeffrey decided on. Perfect based on what needed to be done. 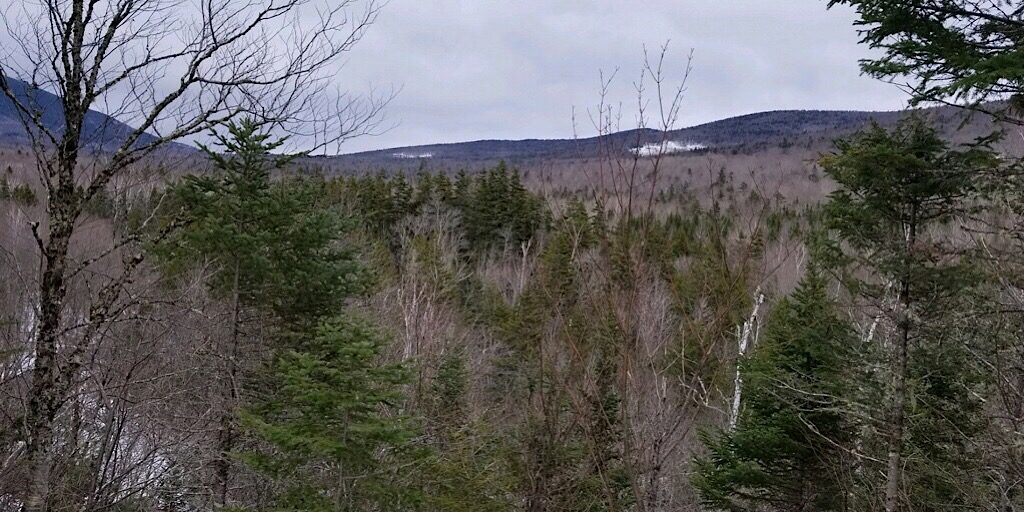 The objective the second day was to teach a full day Glacier Skills course. This was led by Redline Guide and owner Mike Cherim. Shadowing Mike was Redline Guide Ryan Mcguire. Like Jeffrey, they met the aforementioned guest at her lodging at the Eagle Mountain House. There the team met with two more returning students who had been with us a few weeks ago for our full day Mountaineering Skills course to make a class of three.

To begin the day they went inside and worked with ropes for about an hour and a half after a brief introduction to glaciated terrain. They laid out the roped systems, learned and practiced various knots, bends, and hitches. Once dialed in and feeling comfortable, they made their way to Black Mountain Ski Area, also in Jackson. There, with their enthusiastic permission, they entered the ski slopes and got to work. These groomed slopes make awesome glaciers and this is our favorite training ground for this course. We can and have done this at another fine location, but the spring trainings on ski slopes are the best. Since some of the significant dangers on a glacier is heat and sun exposure, training in the hot spring sun is pretty legit.

After passing pickets and training as a roped team, they spent the rest of the day performing crevasse rescue techniques including one-person- and self-extraction methods. These are the most challenging, to be sure. Even stopping a crevasse fall with one person with little to no extension of the systems is a tough test. We make sure of it by filling a large sled with snow creating a significant victim weight, though we add plenty of extension because we want our students to feel some legitimate tugging. For one student Ryan mounted the snow-filled sled to add weight, bringing the total to well over two hundred pounds. The person in this case, though very well prepared, was able to stop the fall after being dragged through the snow in the self-arrest position for eight to ten feet or so. This is sobering.

Below are a few photos of the day. 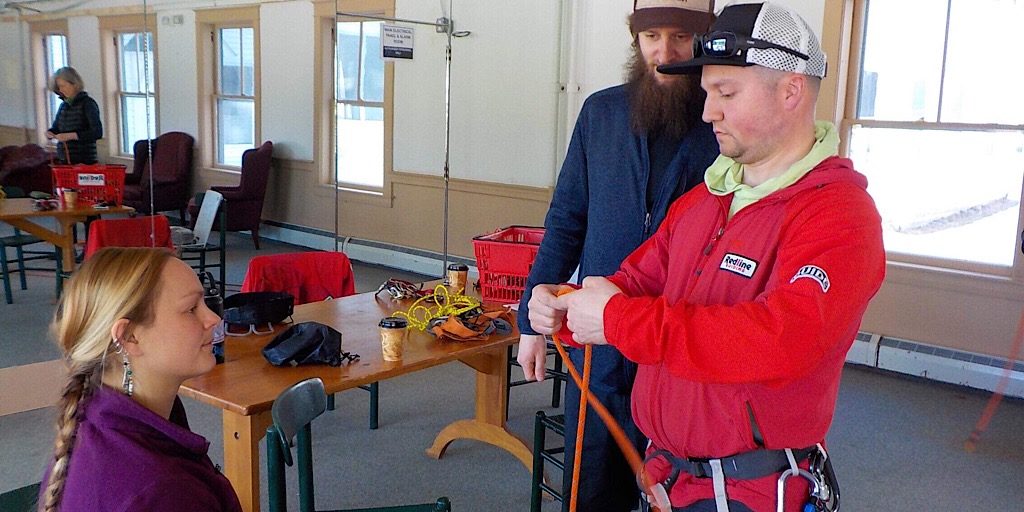 Ryan was shadowing but was able to help out quite a bit. 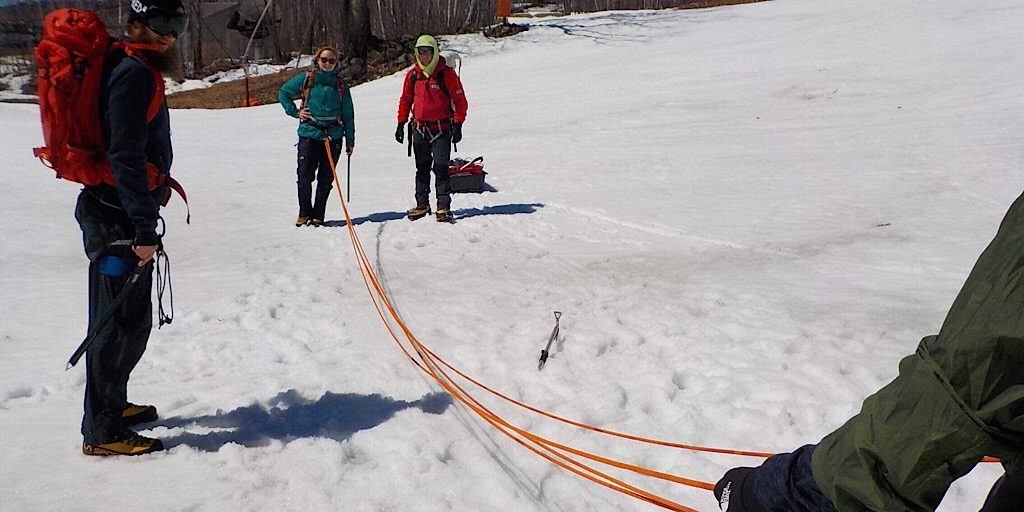 After hitting Glen Ledge Store for an early lunch we head to Black Mountain and start laying out systems. 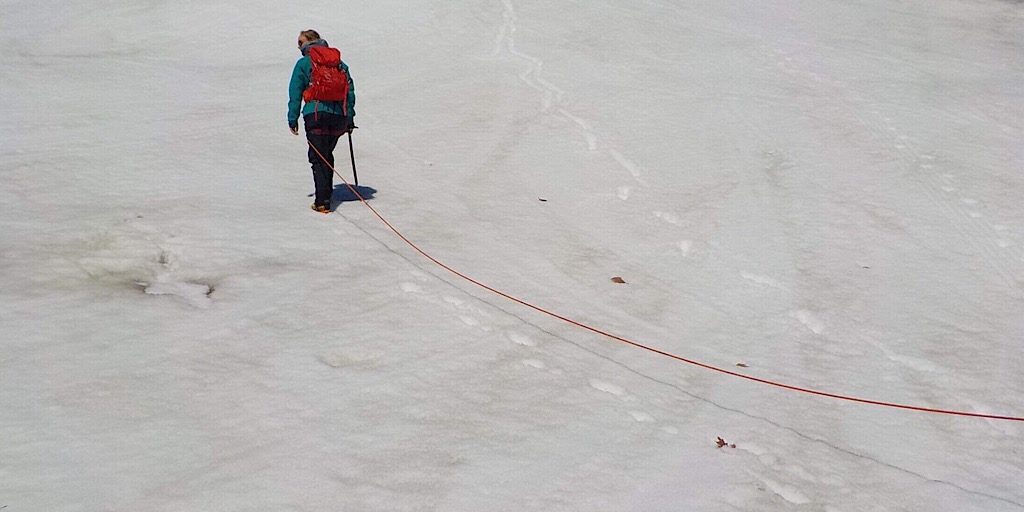 Looks pretty glaciery if you ask us. (Note: a little more “smile” or slack in the rope would be desirable.) 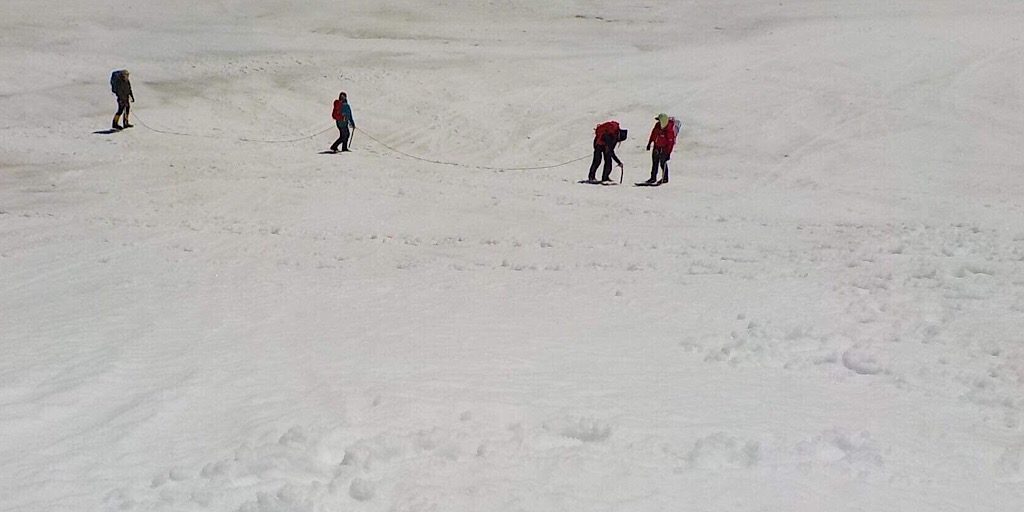 Crossing the Cowlitz Glacier on Mt Rainier? It’s not, but it sure could be. 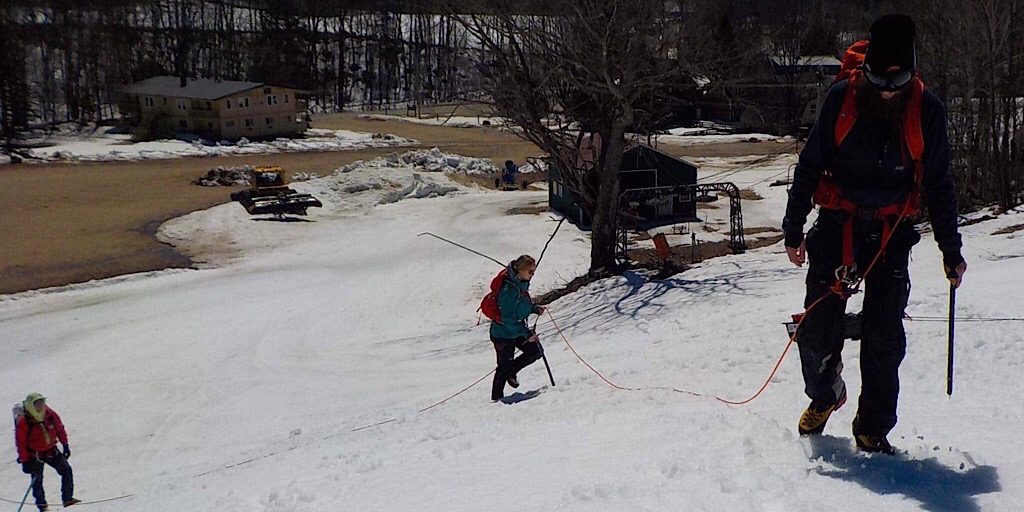 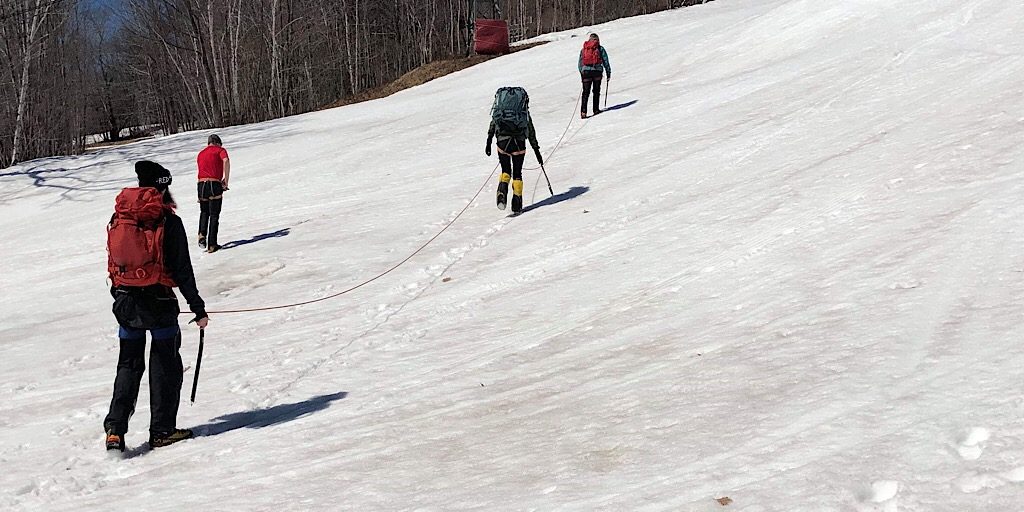 Mike is wearing a t-shirt it’s so warm. Photo by Ryan. 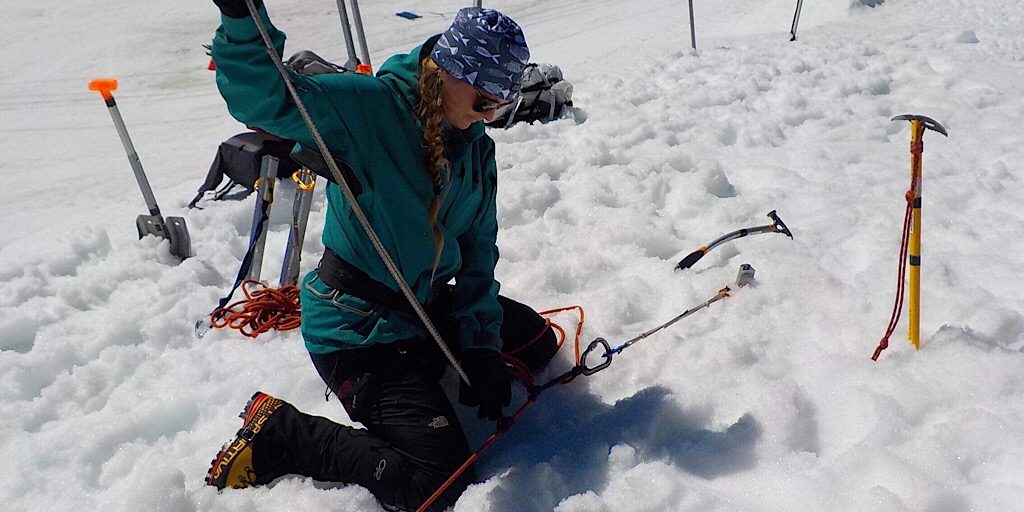 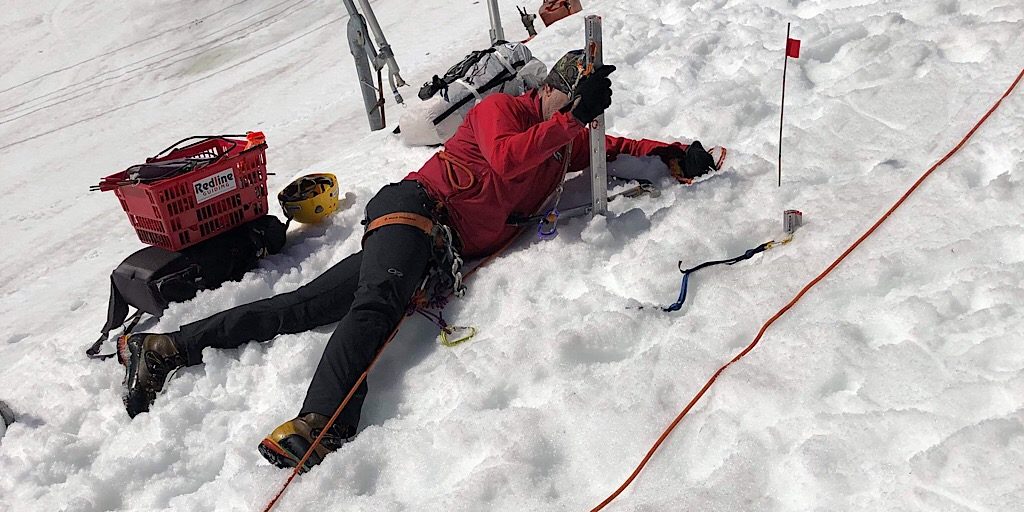 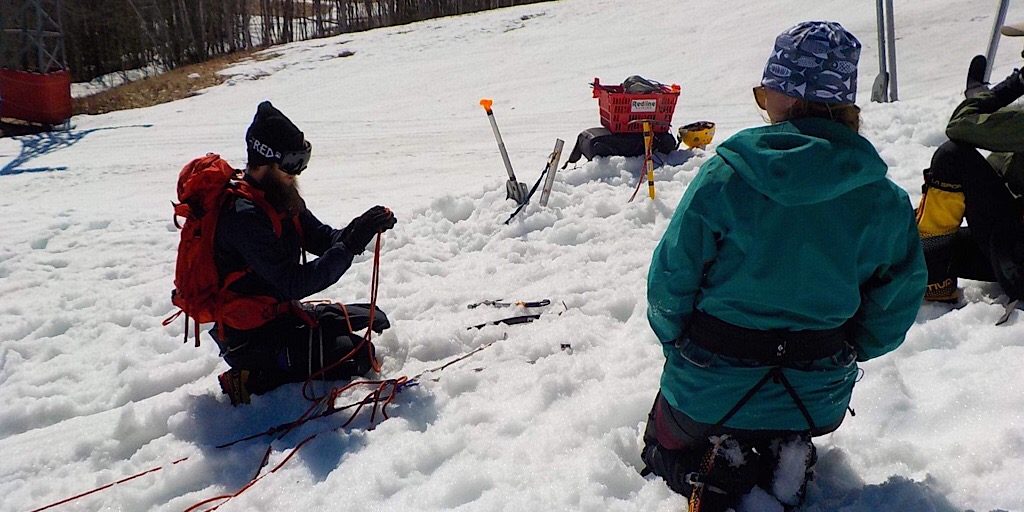 Everyone successfully extracts their victim. 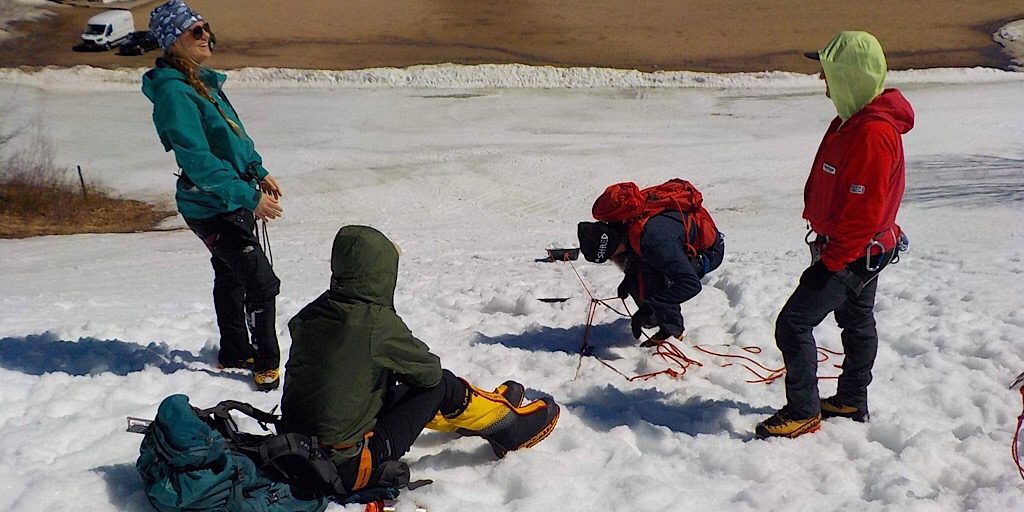 This is such an enjoyable class to teach as well as to participate in (so we’re told). 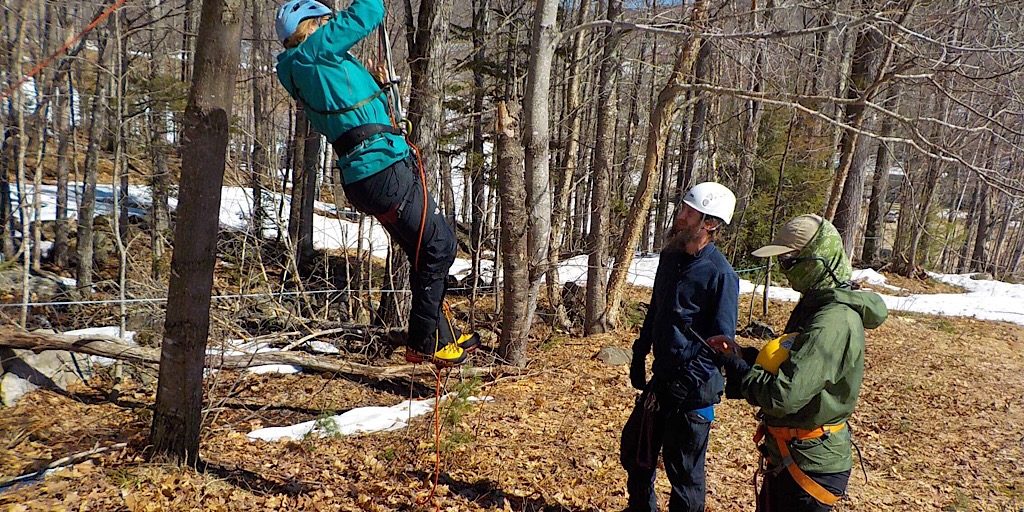 In a crevasse, their puffies might be on and their packs would hang below them on a 2:1 drop loop. 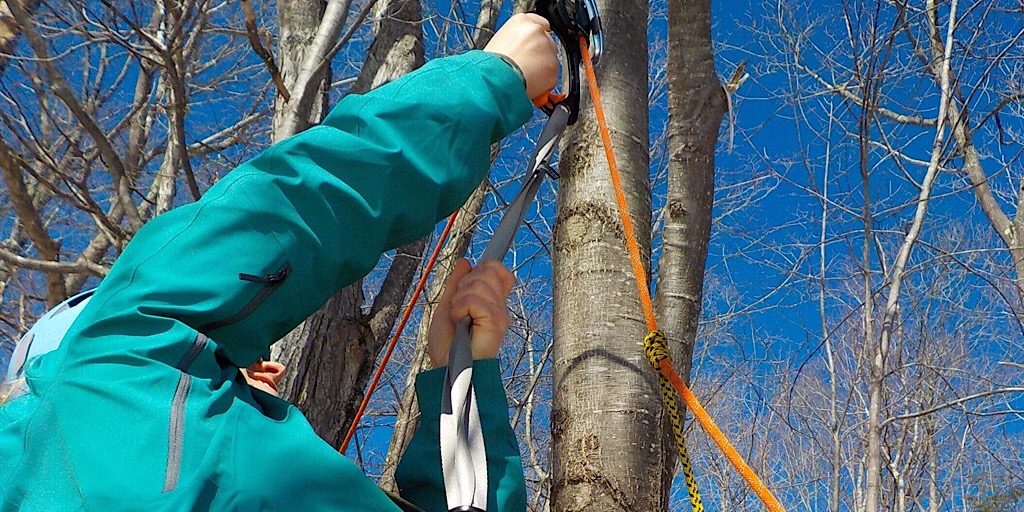 Our students climb the rope with a Petzel ascender and homemade Texas Prusik. 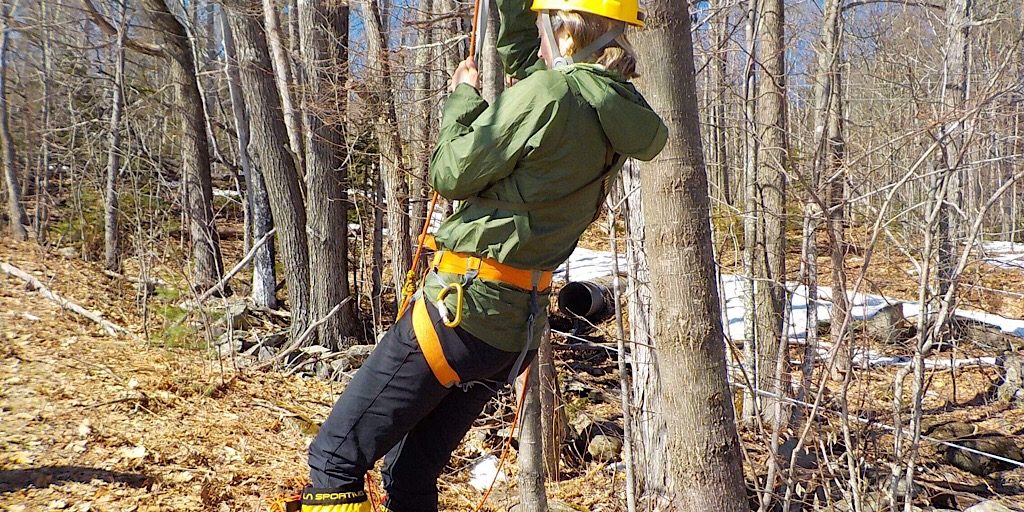 This is a useful skill. 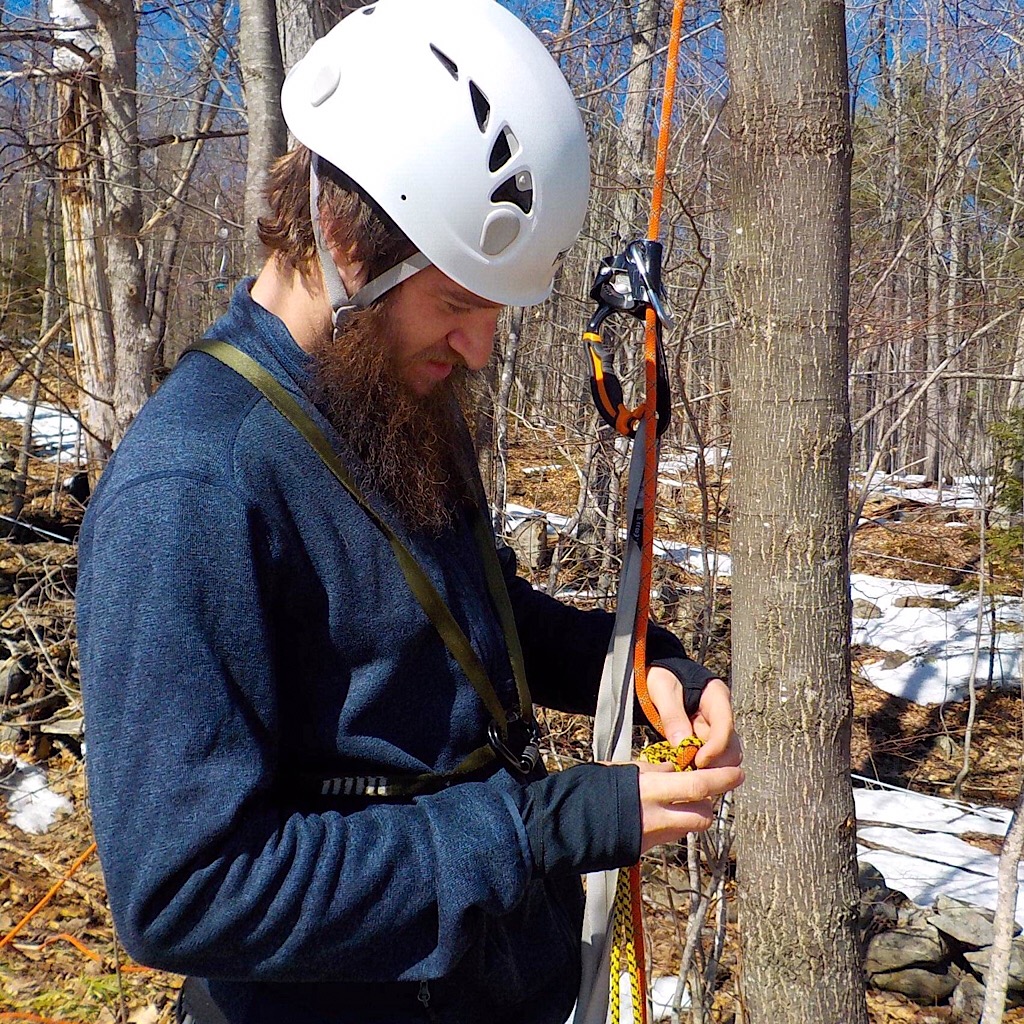 System is a go. 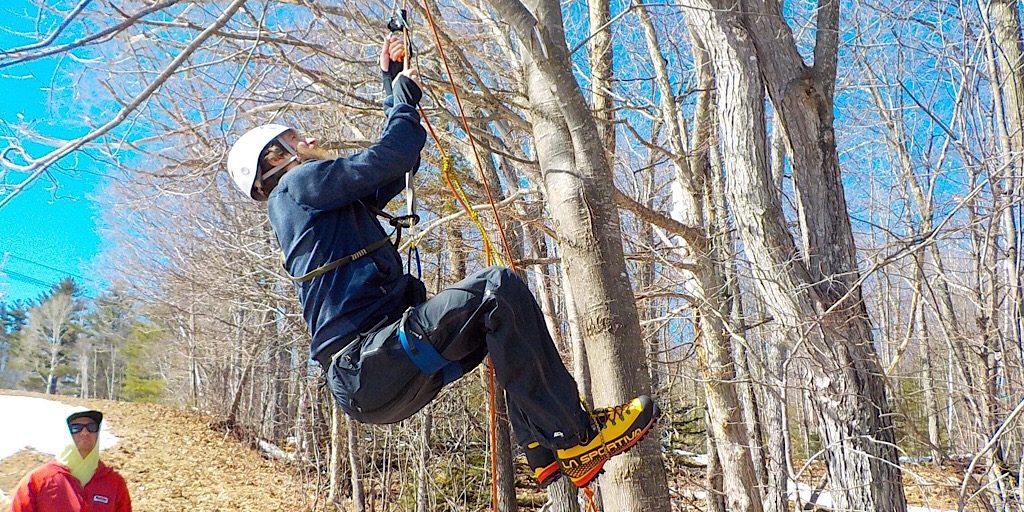 The helmet is useful in training due to the possibility of falling branches. 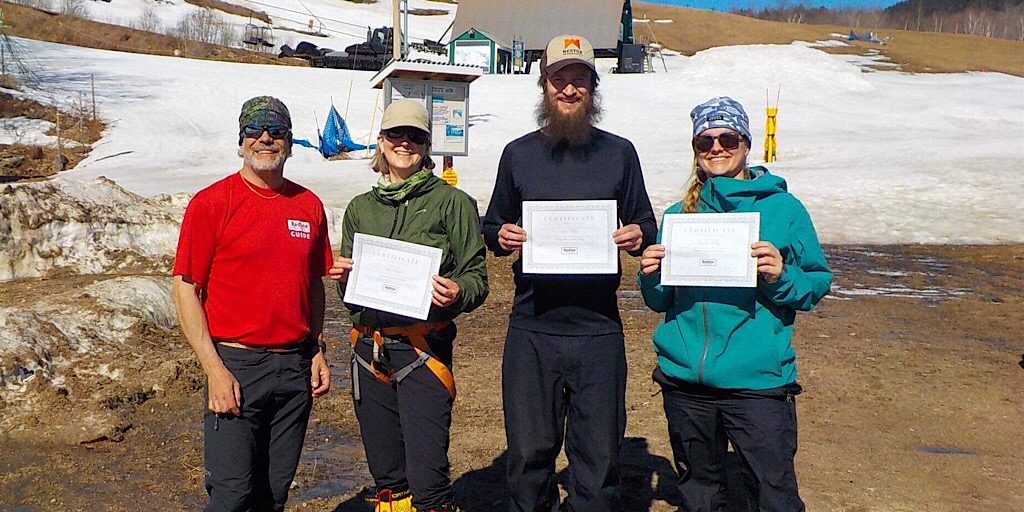 A successful training day ends with this. Congratulations. Photo by Ryan.

Well done, everyone and thank you for choosing Redline Guiding for your training needs.