On the day of New Year’s Eve Redline Guide Ken Hodges took a returning couple he had been training the day before. He led them up the Lion Head Trail — the quasi-technical winter route — on the 6288-foot Mt Washington. The idea was to summit this notorious mountain. While the weather was being cooperative, which is seldom on this peak that deservedly boasts having the world’s worst weather, boot issues hampered the team’s success stopping them short of the summit on Lion Head.

Despite this unfortunate turn of events, the entire crew enjoyed the day, savoring the mild weather — enjoying a lengthy stay on Lion Head — and wore smiles throughout as they took in the views. Ken was able to grab a number of photos of this couple’s time with us, as follows: 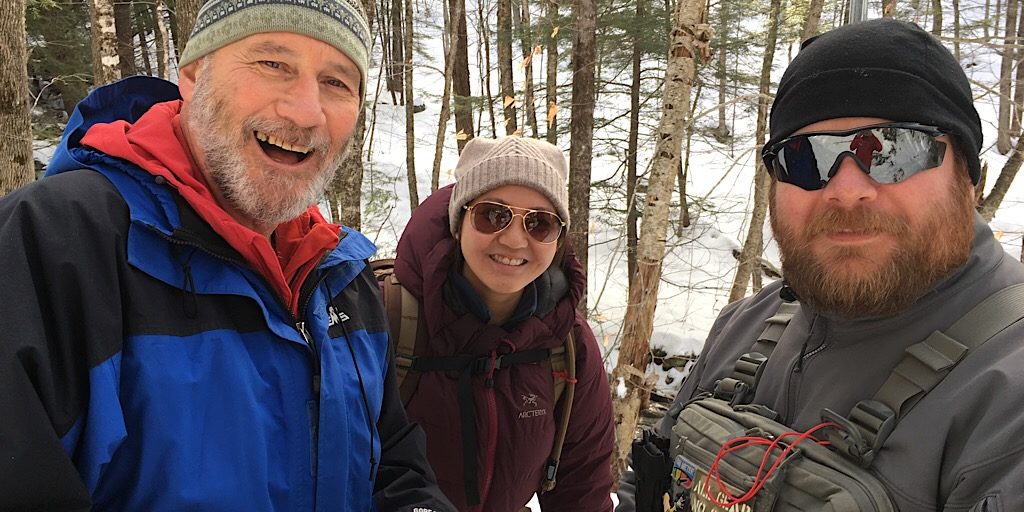 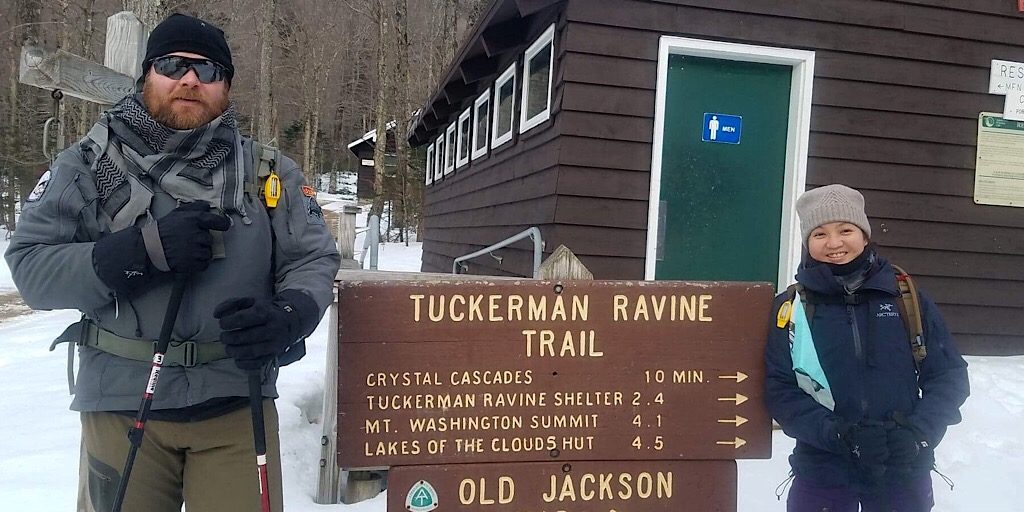 Starting out on day two. 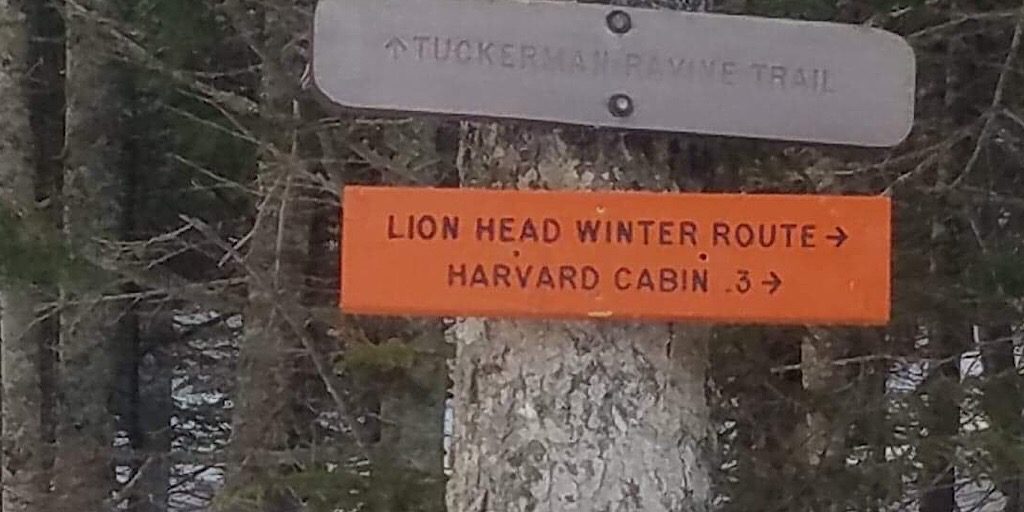 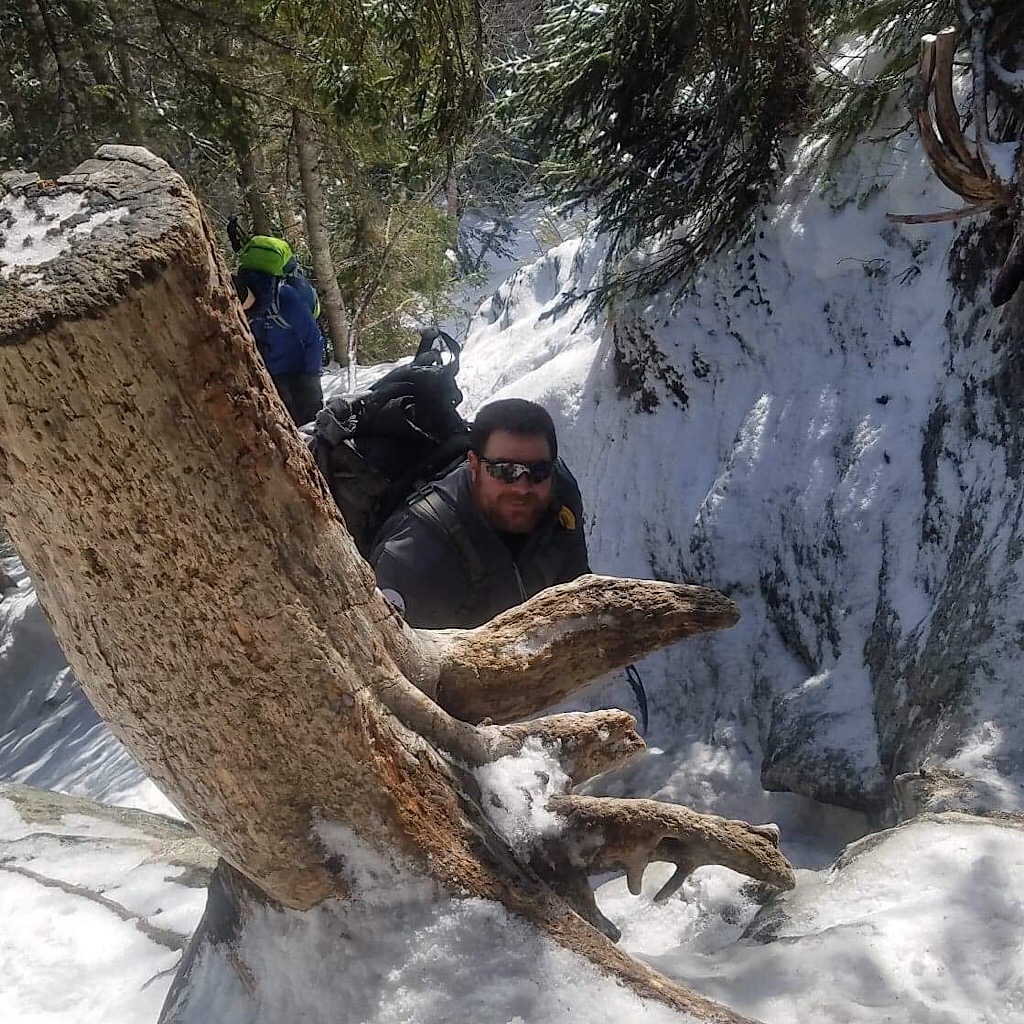 That old stump is still there. 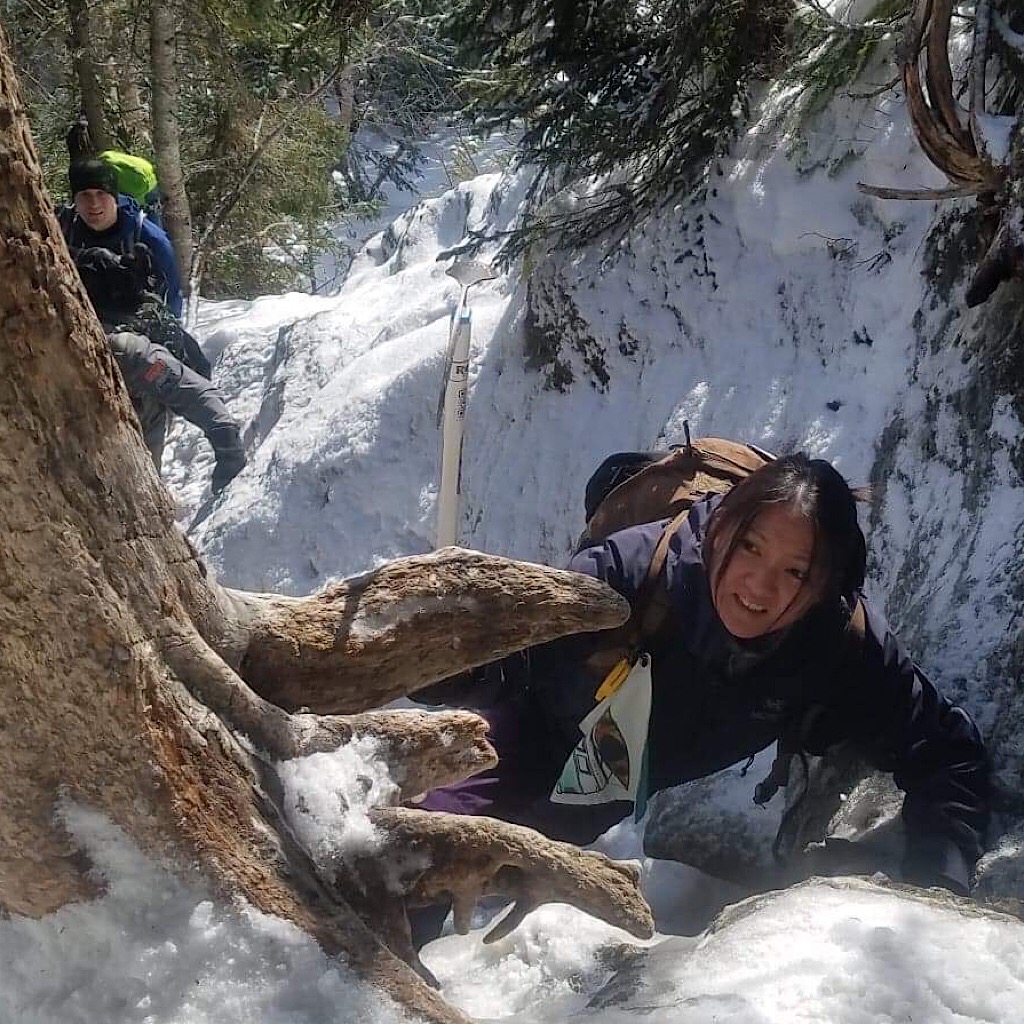 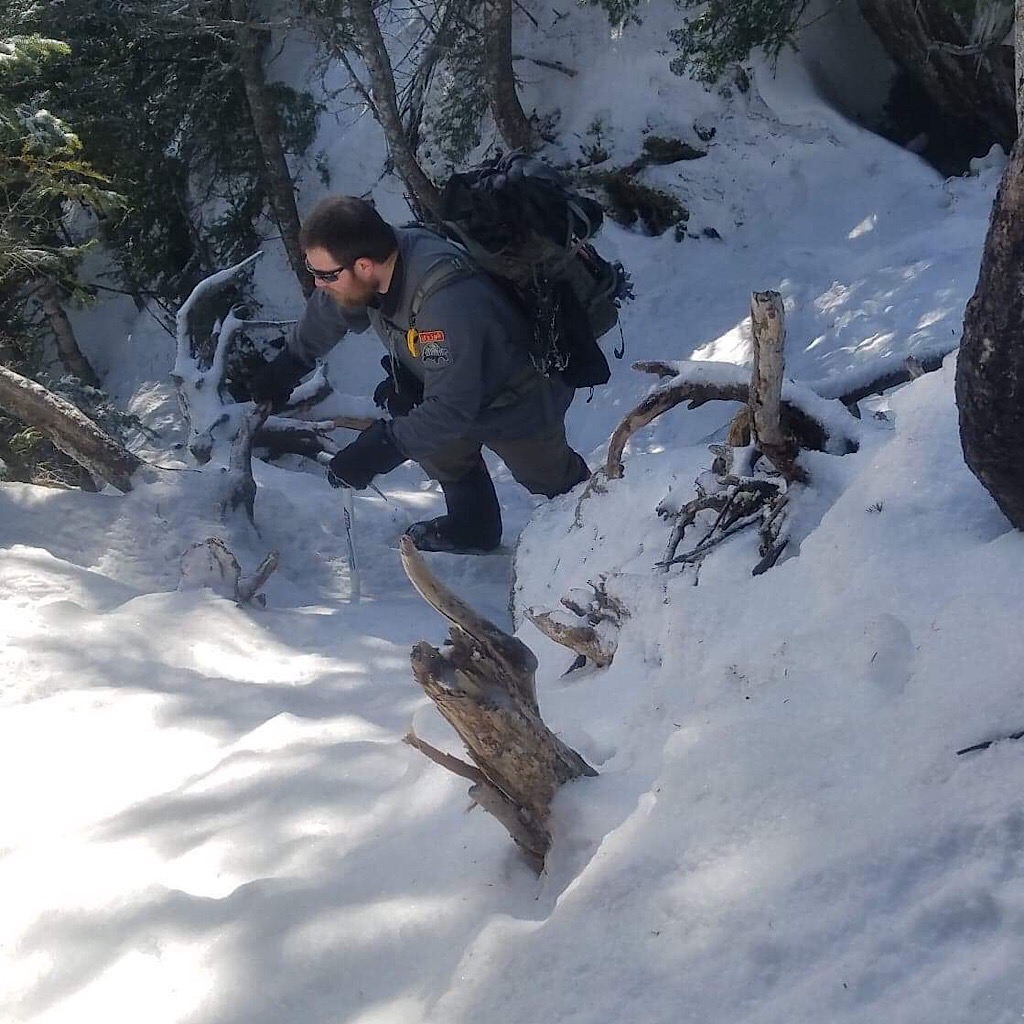 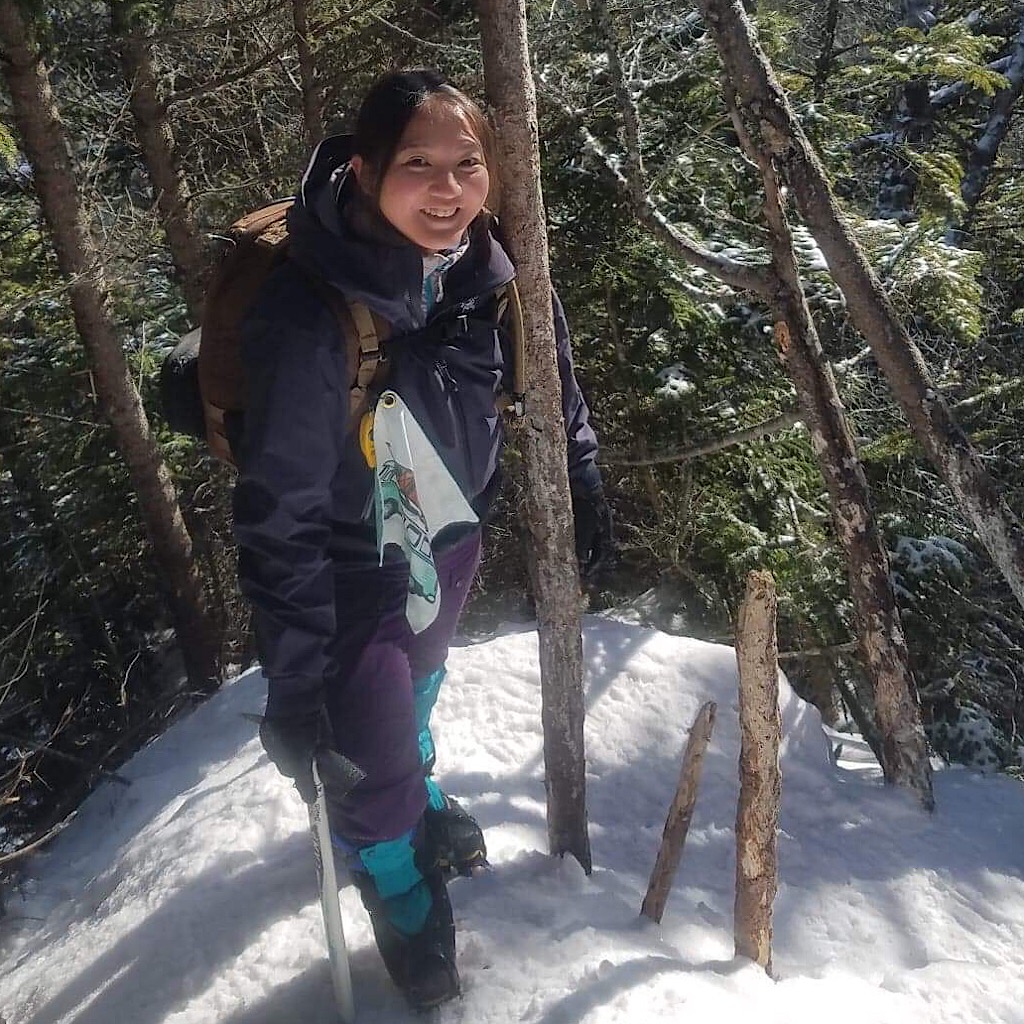 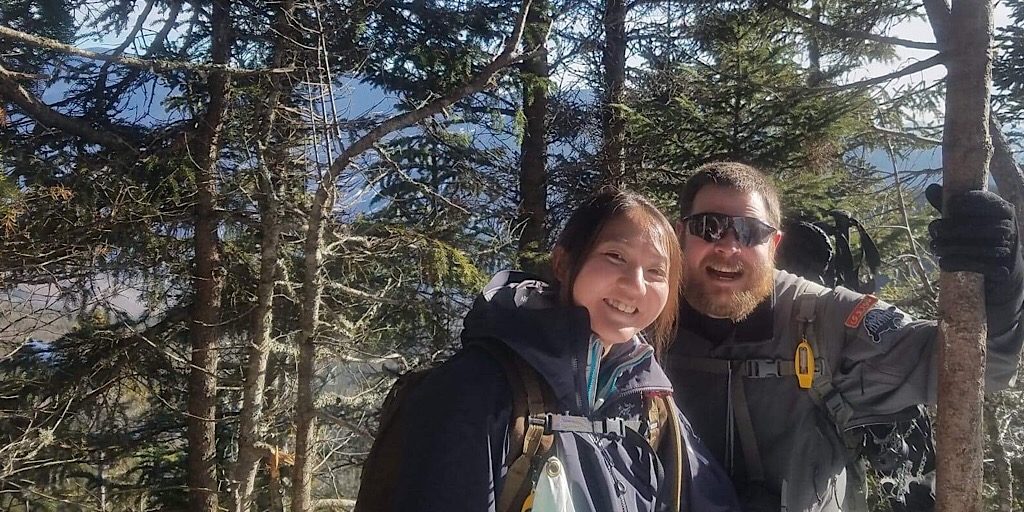 Together atop the steeps. 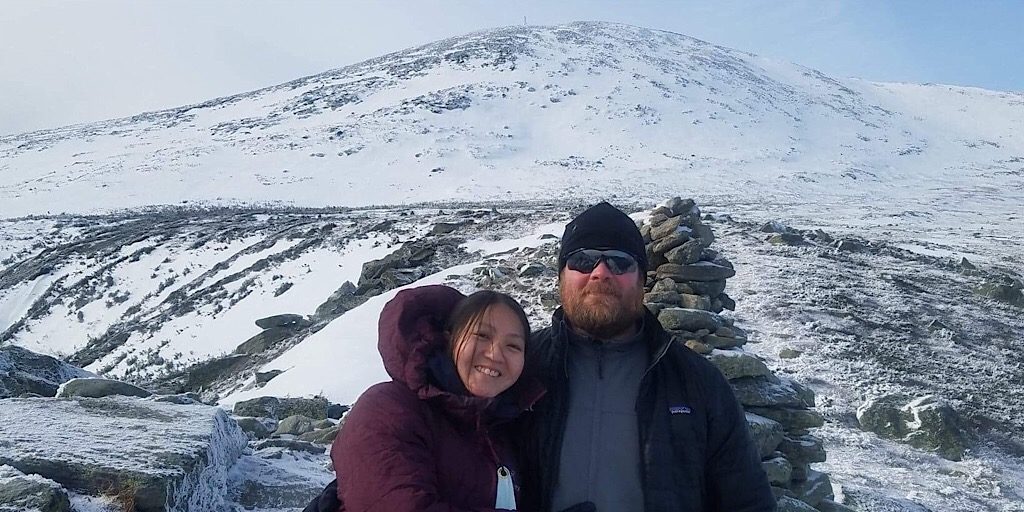 Lion Head: their summit for the day. 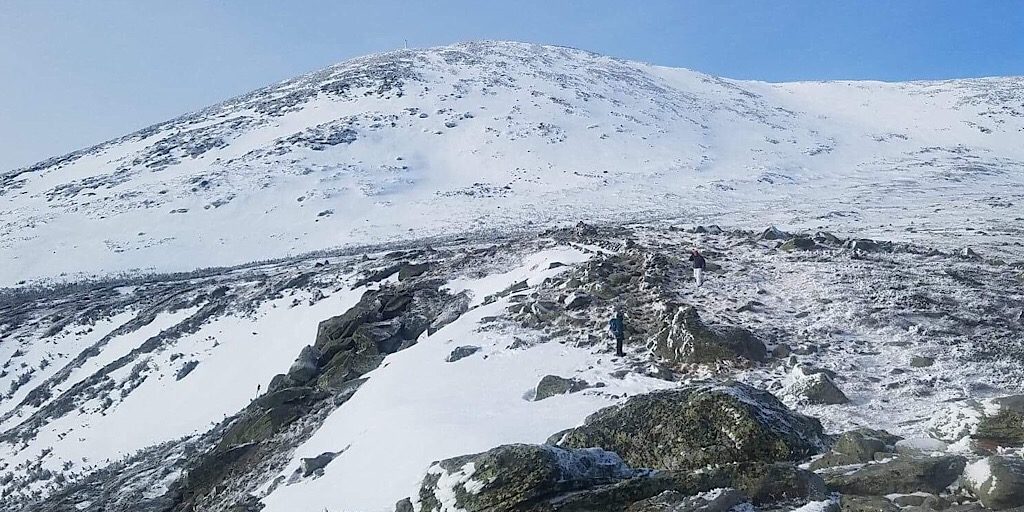 Just over a mile away. One way.