Our second winter trip up the 6288′ Mt Washington took place this weekend. This sentence in of itself is unremarkable, until one considers we are still several days from the start of actual winter. Moreover, it’s not a typo, because on the mountain, it’s been full-on winter for weeks. Apparently Mt Washington didn’t receive or read the memo. Maybe it landed in the Junk folder. 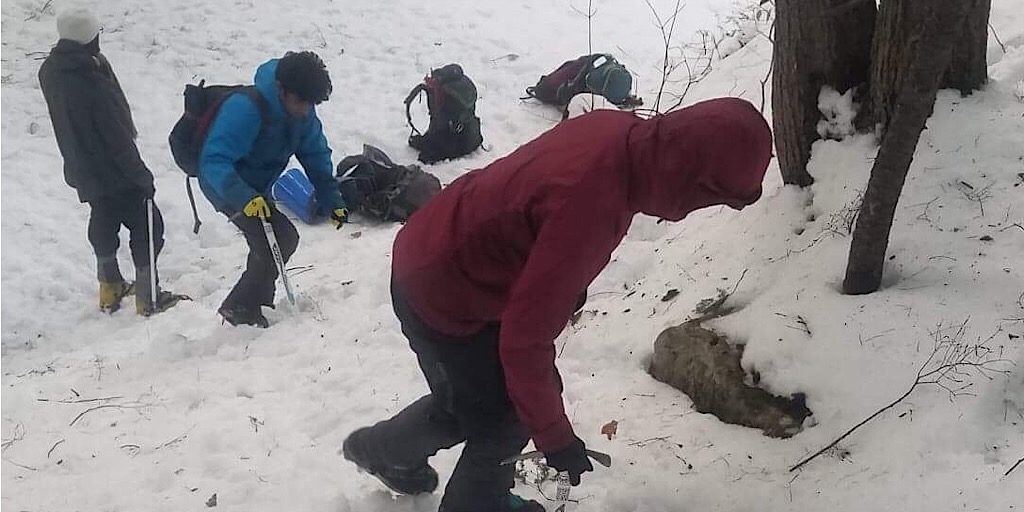 Understanding the choreography between the cramponed feet and the ice axe. 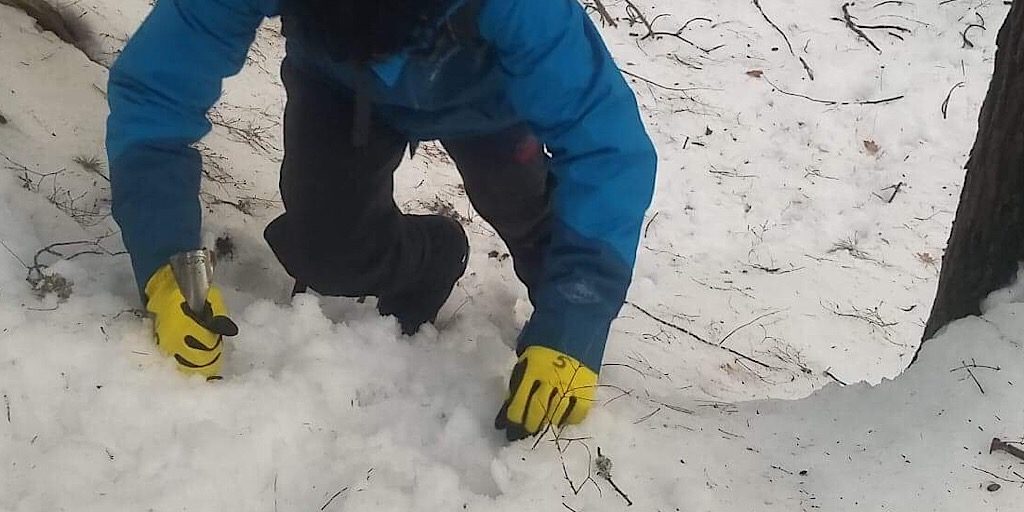 Learning how to climb the bulge, prepping for the “Hillary Step.” 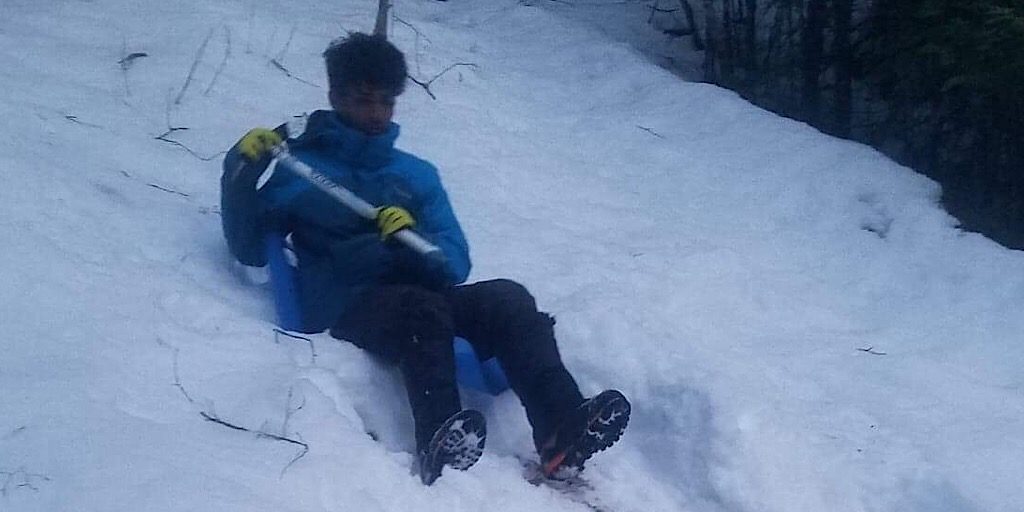 The following day, with the help of Redline Guide Ryan Mcguire the now team of seven people (folks from Ridj-it) made a mostly successful attempt on the frozen Rock Pile. Mostly successful because nearly everyone summited. One climber, unfortunately wasn’t feeling it so stayed at Lion Head with Ken while Ryan single-handedly led the four remaining climbers to the top. While the team went up Ken and his charge stayed warm (fortunately it was a relatively mild weather day) hanging out for a while then slowly working their way toward treeline. Once in the trees they dropped a little further then waited for Ryan and the team so they could negotiate the steeps together.

Ken and Ryan both took photos of the second day which are shared below, but do note that two of the team opted out of allowing us to share identifying images — we always ask for permission — so some photos may be awkwardly cropped or it may appear that not everyone was ready when the shot was taken. 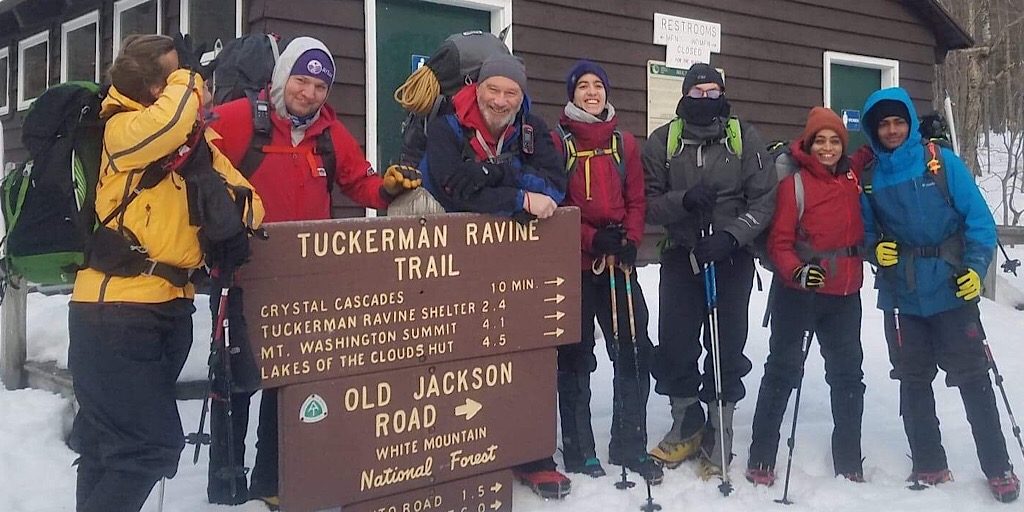 The entire team with both guides at the start of their adventure. 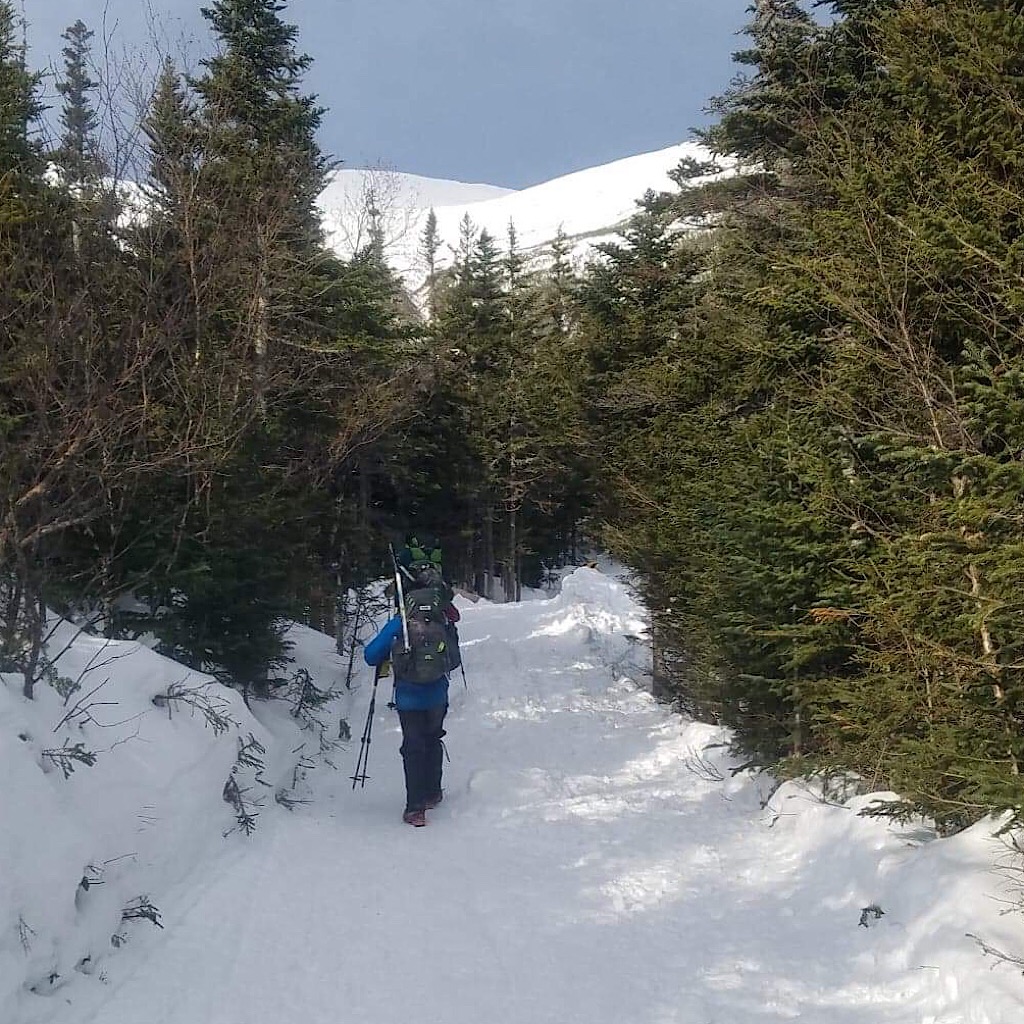 Our climbers making their way up the mountain in single file. 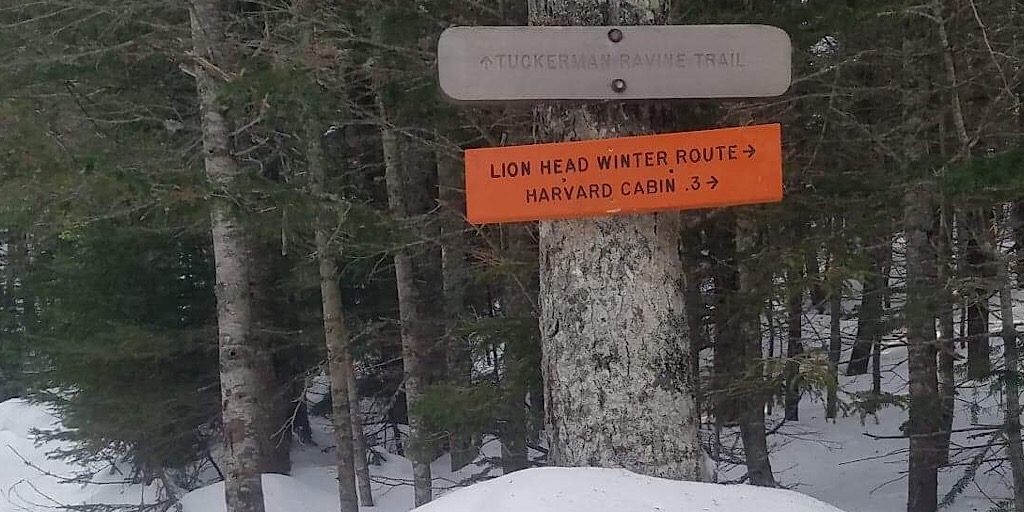 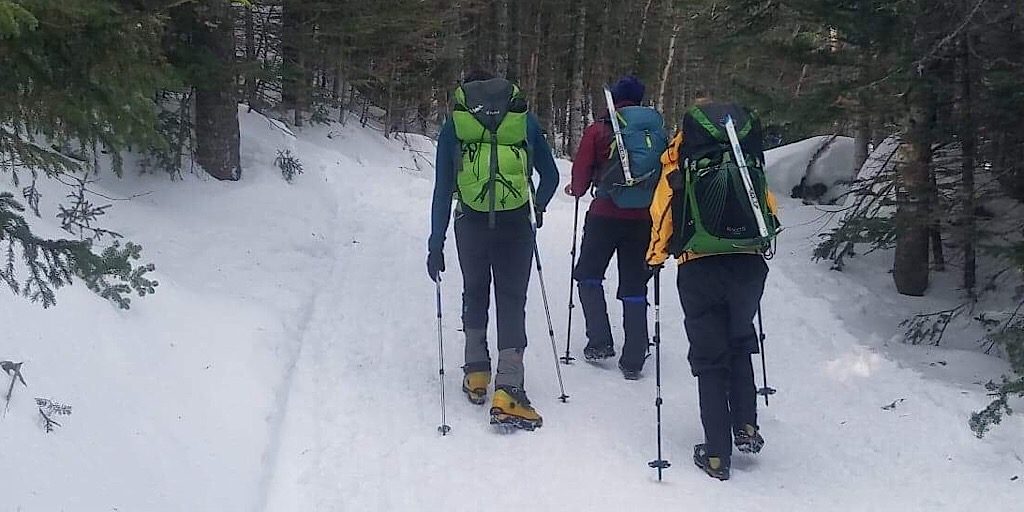 The team headed up the fire road. 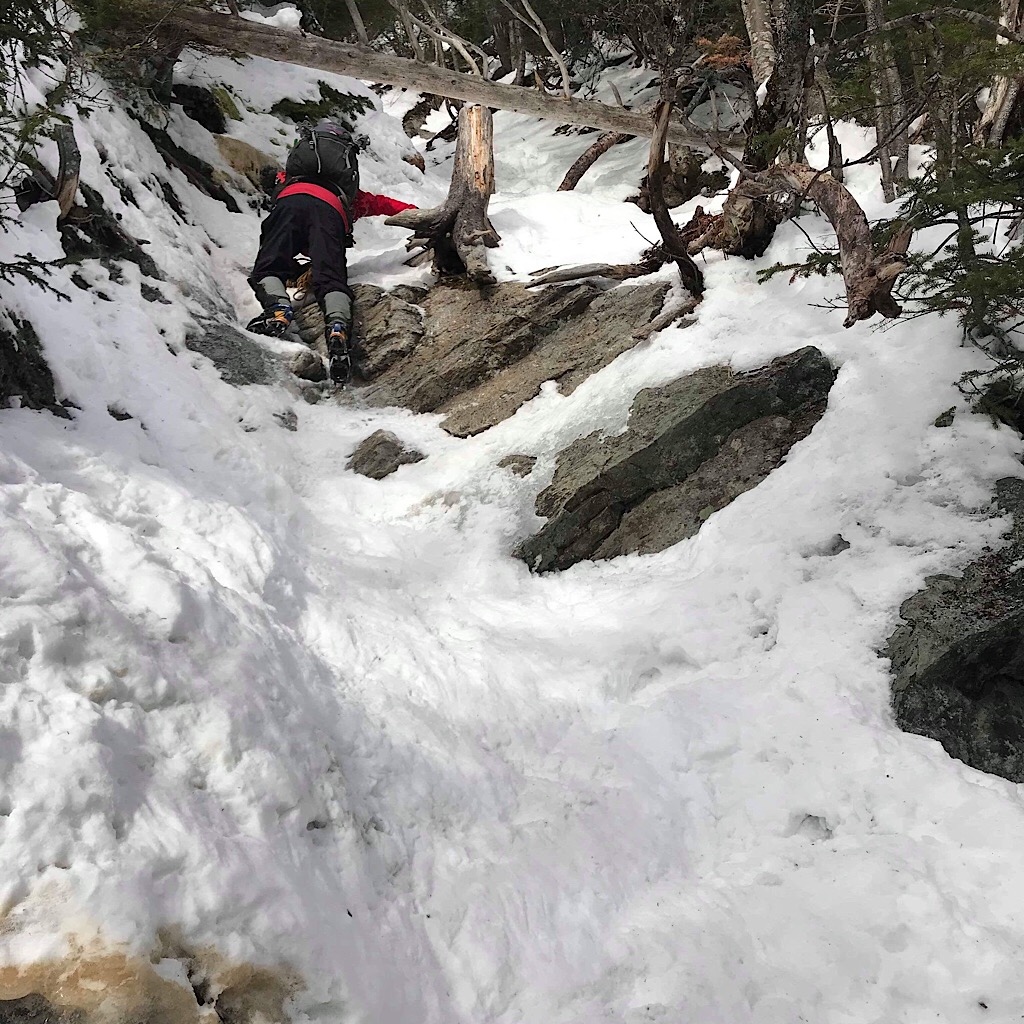 The “Hillary Step” so-named for the delays that sometimes occur at this slightly technical bottle neck. 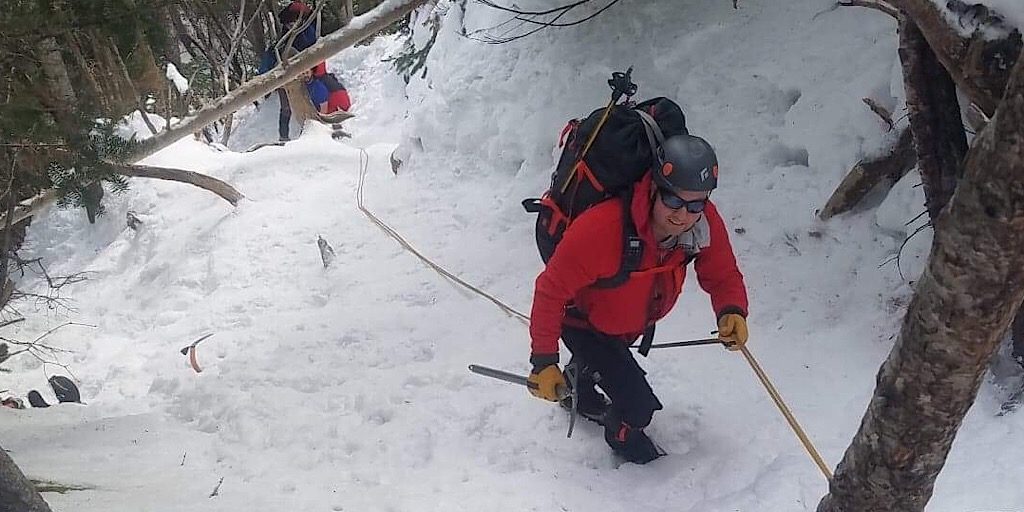 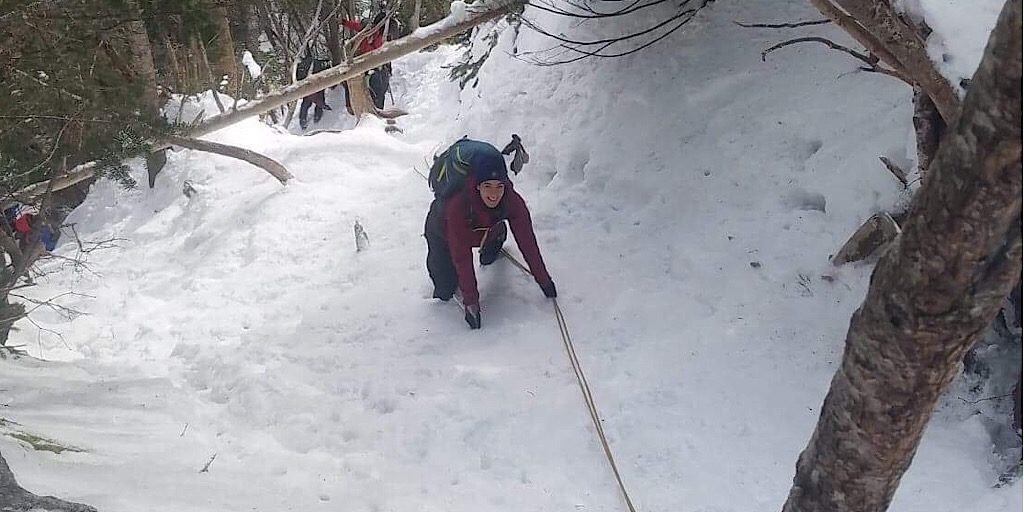 Another climber on our team making her way upward. 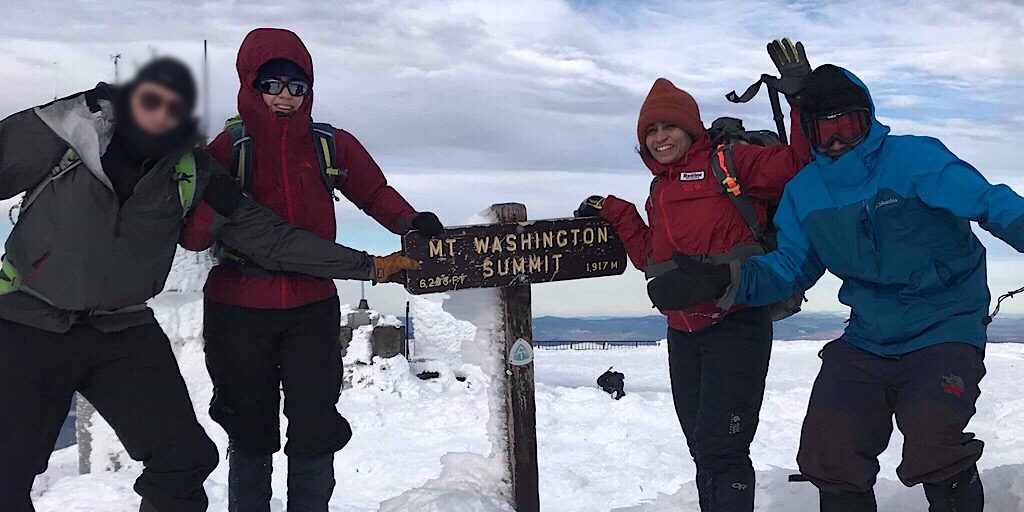 Most of the team on the summit. One face has been intentionally blurred for privacy reasons. 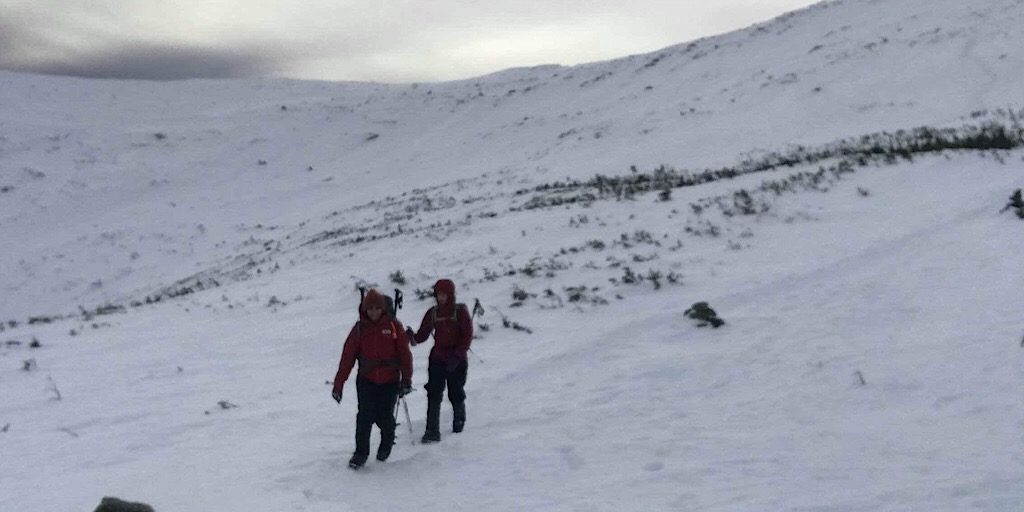 Leaving the summit and returning home. 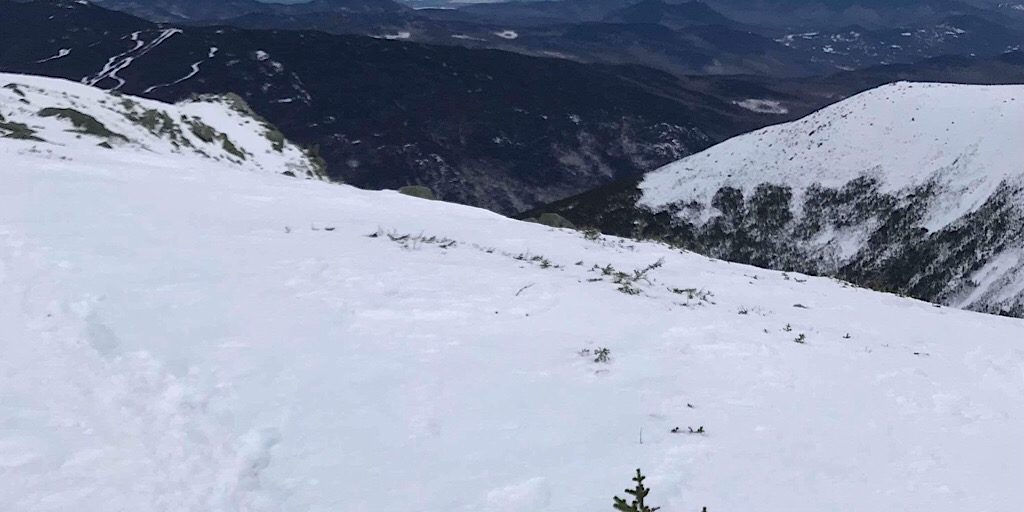 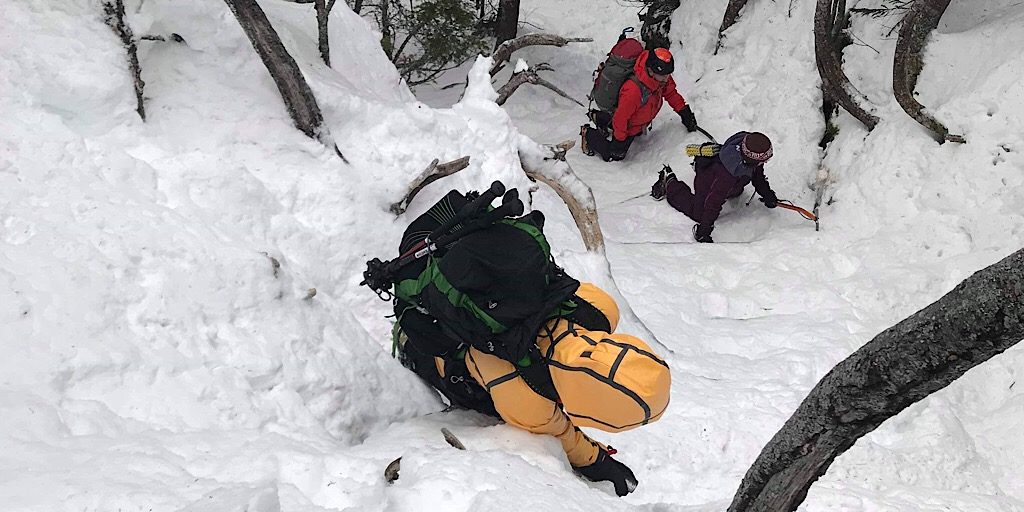 Descending the steeps. This upper section was done sans-rope.

We done team, everyone, but with special congratulations to those who summited. A fine lead Ken and Ryan!