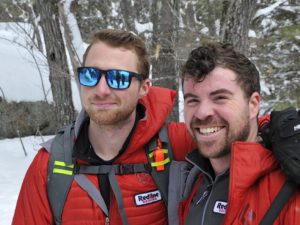 Two of our four are brothers.

Another Mt Washington attempt, that is. As much as we’d like to say we always summit, in all honesty this season’s Mt Washington’s attempts have been for the most part falling short. Either the weather has been uncooperative or our guests haven’t been up to the task on the given day of their attempt due to illness, cramps, etc. All of this is normal in the guilding world, of course. In the guiding world we can’t generally pick our days so we’re stuck with what is, weather-wise. Even when we can pick the days, it’s not always enough. Or in the case of our most recent try, the weather changed in the eleventh hour turning a once-decent forecast into a potentialially dangerous tour as recognized by our seasoned yet conservative guides.

After leading a day of training where they practiced mountaineering skills among other subjects in this customized tour, Redline Guide Ken Hodges led guest Brian, his sons Evan and Justin, and their family friend Gregg on a tour up the west side of the mountain. The west side, it was deemed, would be best for this group’s make up. 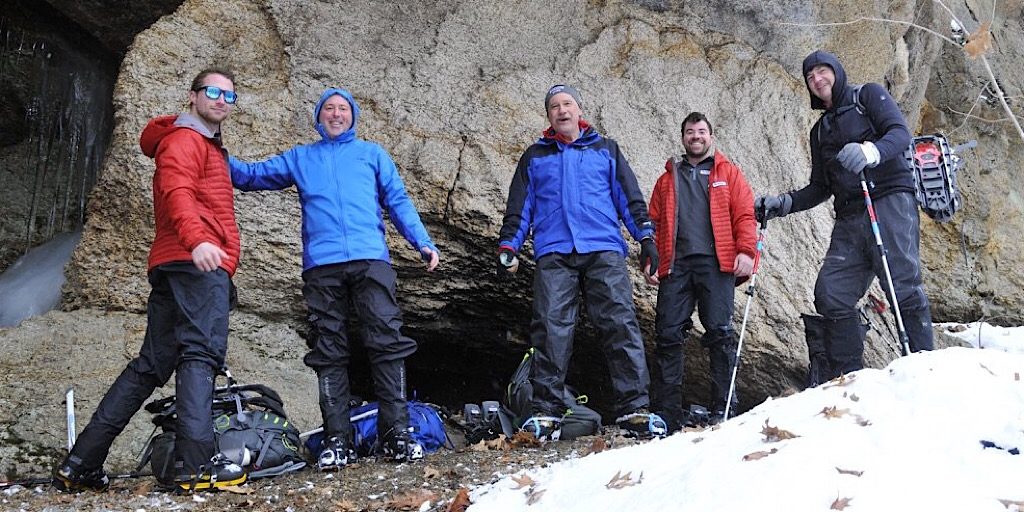 The entire group, including guide Ken (center). L-R: Evan, Brian, Ken, Justin, and Gregg. This was a lively, fun crew.

They did well, ascending via the Ammonoosuc Ravine Trail, even faring well in the alpine zone, but when they reached the top of ridge the full force of the weather made itself known. Nothing to deter them or send them packing, however, except the visibility which was terribly lacking. That in itself isn’t usually enough to end the day, but the active formation of rime which quickly covers everything, coupled with dense clouds really conspired against our team. 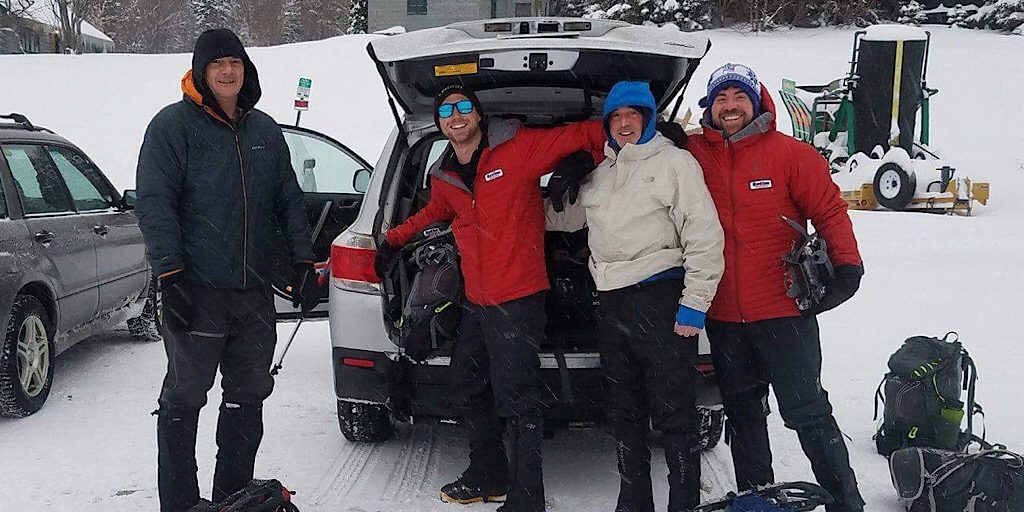 The gang starting out, full of fire. (The fire stayed lit all day.) 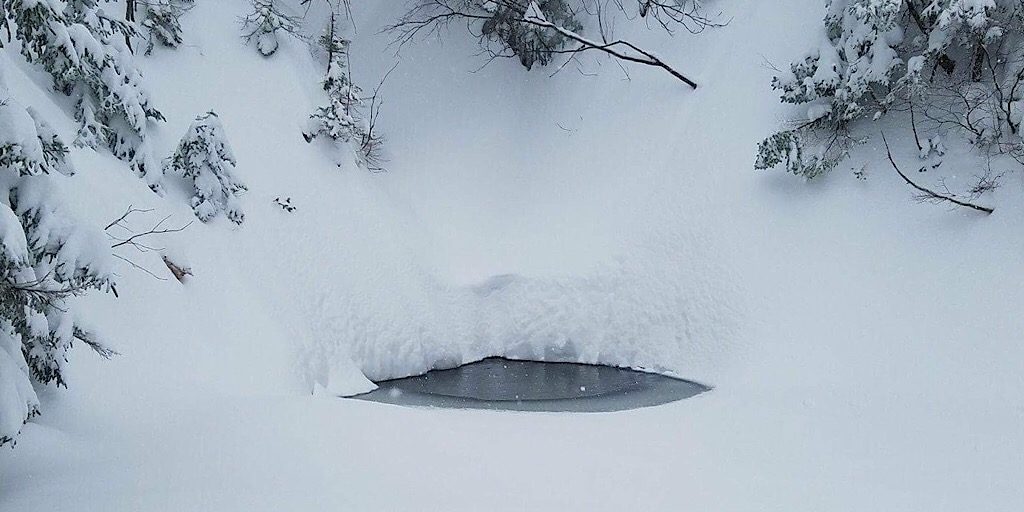 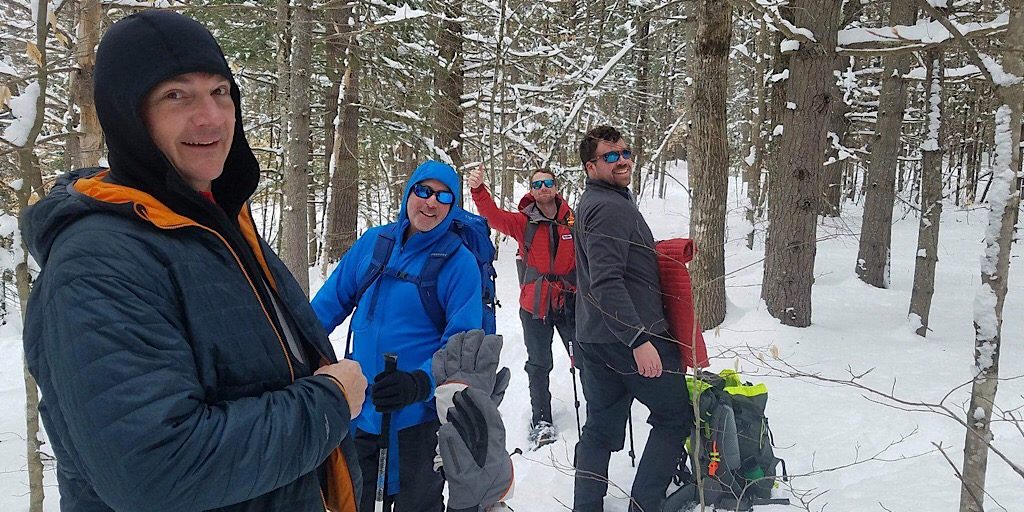 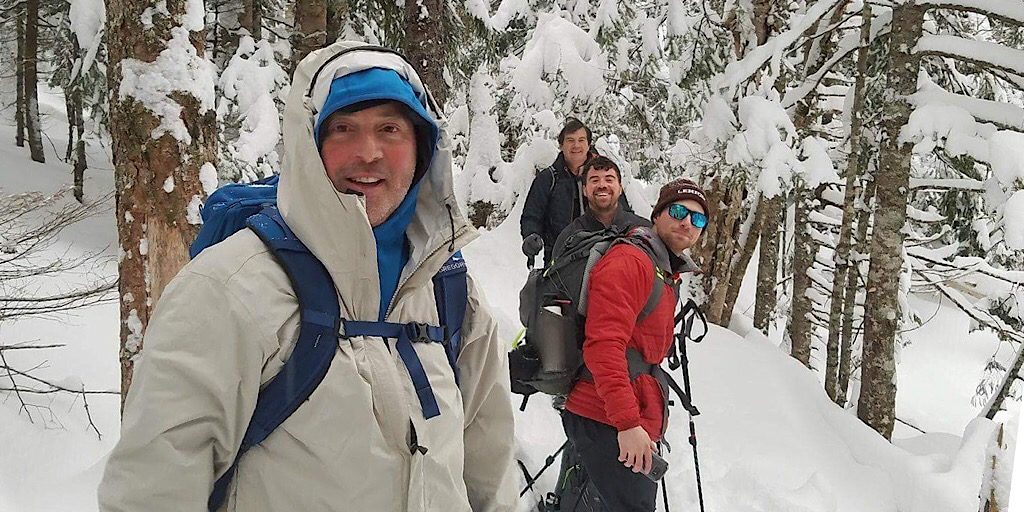 At the end of the day our group got to enjoy and appreciate the alpine zone stopping within steps of the lower lake of the Lakes of the Clouds. The summit and stunning view we get to occasionally enjoy eluded them, but the experience was worthy. The world’s worst weather lives up there and today our team was introduced to it. They told us when all said and done, they had a terrific, first rate time, as the photos may show. 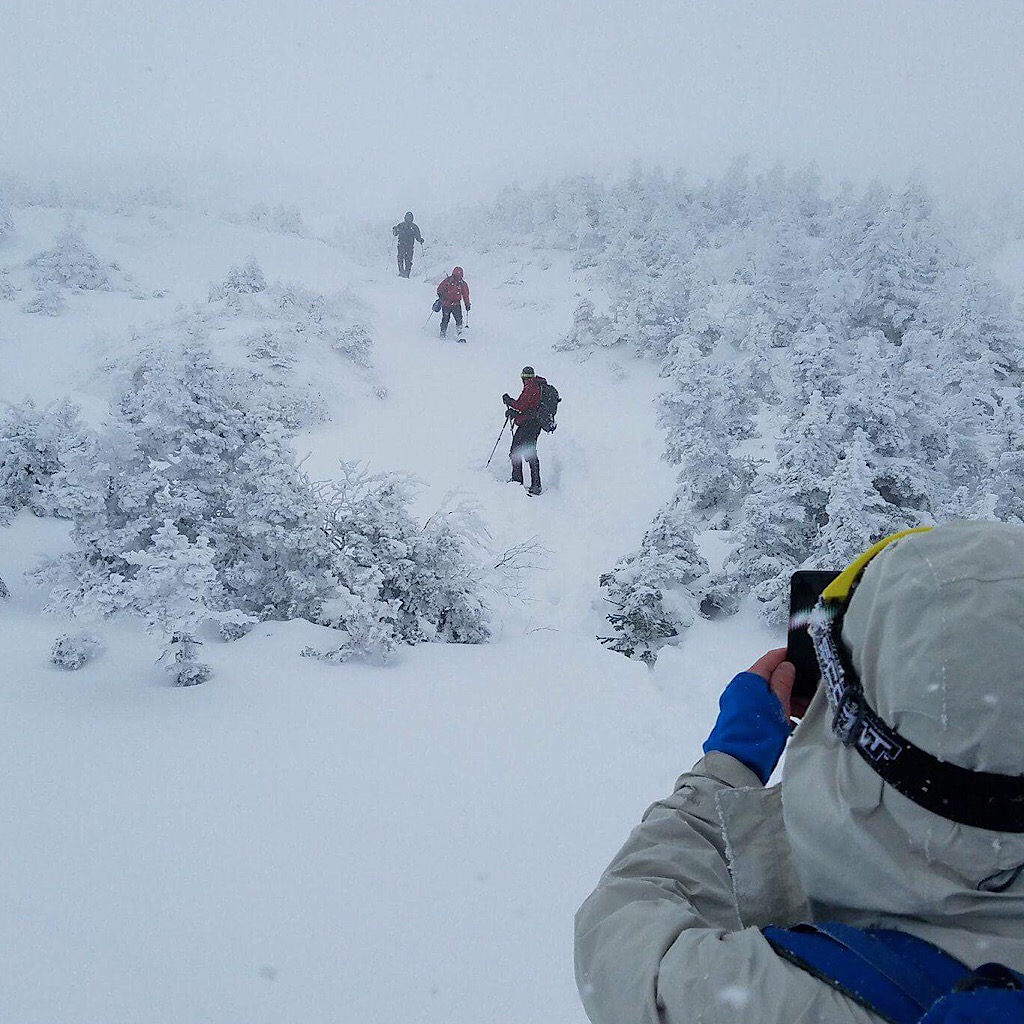 Above treeline, but still well before the ridge and the dense clouds and real rime growth. 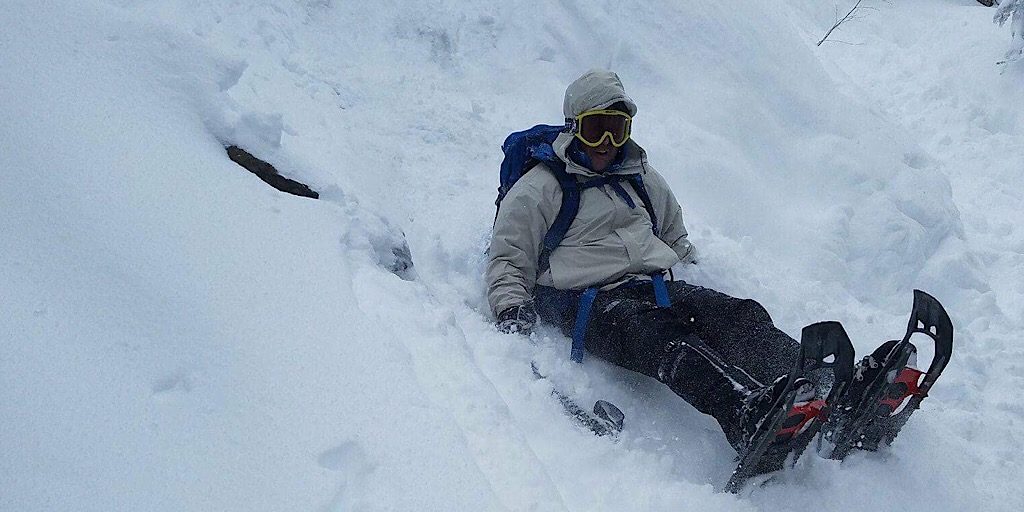 Having fun sliding down the trail, or did he just slip? What happens on the mountain…