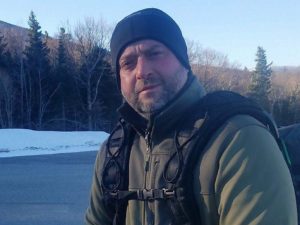 Nice weather is rare on Mt Washington so yesterday was special. Mild temperatures, full sun, and slight winds. It’s not often like that on the Rock Pile. Especially in winter. But that’s what Redline Guide Ken Hodges got to enjoy today as he led a single guest, Oleg from Brooklyn, on a summit attempt of our infamous mountain. Of course this wasn’t by accident. We offer custom tours so the two planned on taking advantage of today’s stellar outlook.

Oleg specifically wanted to make his attempt either via the Cog, by way of the Jewell Trail, or by using both to form a loop. He isn’t a fan of heights, you see, so some of the standard routes we might ordinarily take were off the table. The Cog access route ended up being the final choice and a fine one at that. Endless views, a steady and direct three miles. Decidedly non-technical in nature. This may come as a surprise to some, but not everyone thrives on pushing the limits of their comfort zone while sipping an adrenaline-laced cocktail. Oleg preferred a more sedate, less intense experience. He asked; we delivered.

Unfortunately, despite the weather blessing and fine planning, a summit didn’t happen. In a way the great weather ended up working against them. First of all, because it was so relaxed weather-wise, Oleg was allowed to take his time, savoring every moment. Taking lots of micro-breaks. Too many, perhaps. Without the fear of freezing and the normal discomfort from stopping, the typical motivation wasn’t there. Ken’s words aren’t as nagging as freezing digits and the core’s desperate shiver.

Moreover, Oleg began to suffer from leg cramps at about 5500-feet, around the “Skyline” section. Ken tried the usual remedies, but nothing was working, plus the day was waning, so it was decided that going on just wasn’t going to happen. That said, they did have an amazing day with endless views. It was a terrific experience and Oleg plans to return. In the meantime, these photos document their progress today and provide testimony to the weather. 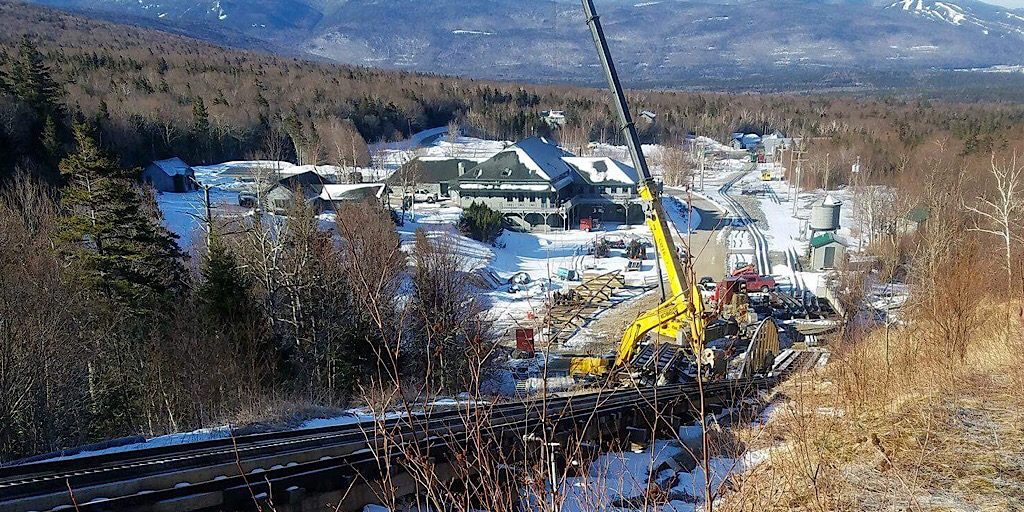 They quickly get on the route passing the state’s most controversial construction site. 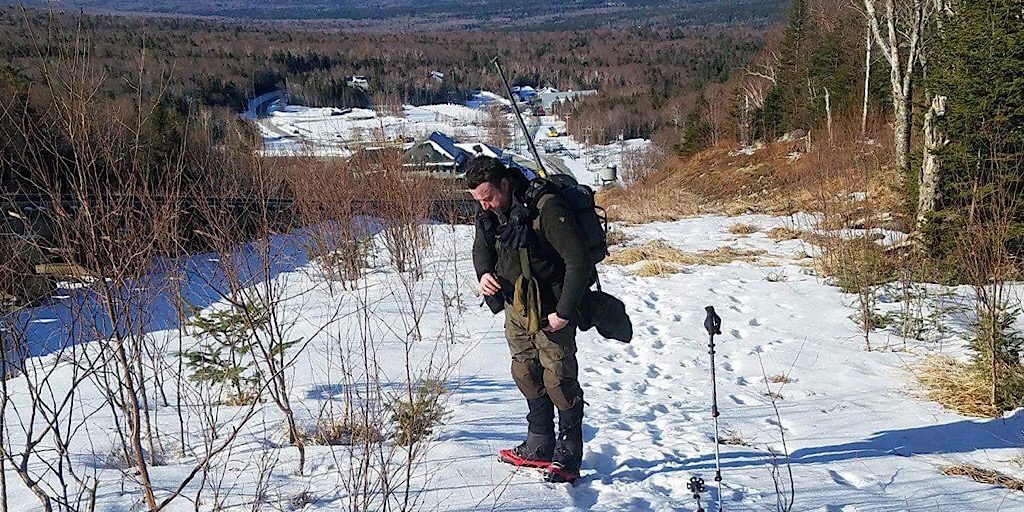 They make upward progress. What a pretty day! 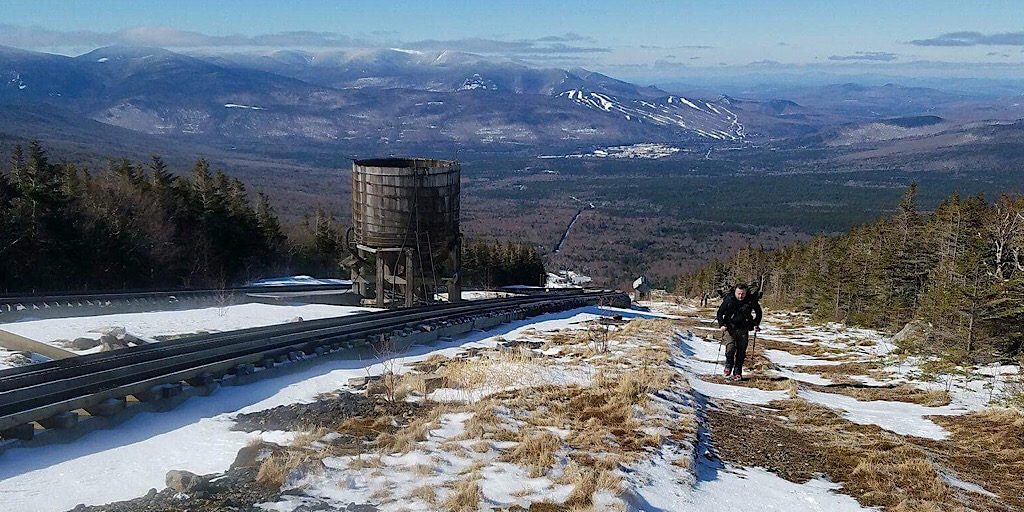 Passing the water tank puts them about a third of the way up. 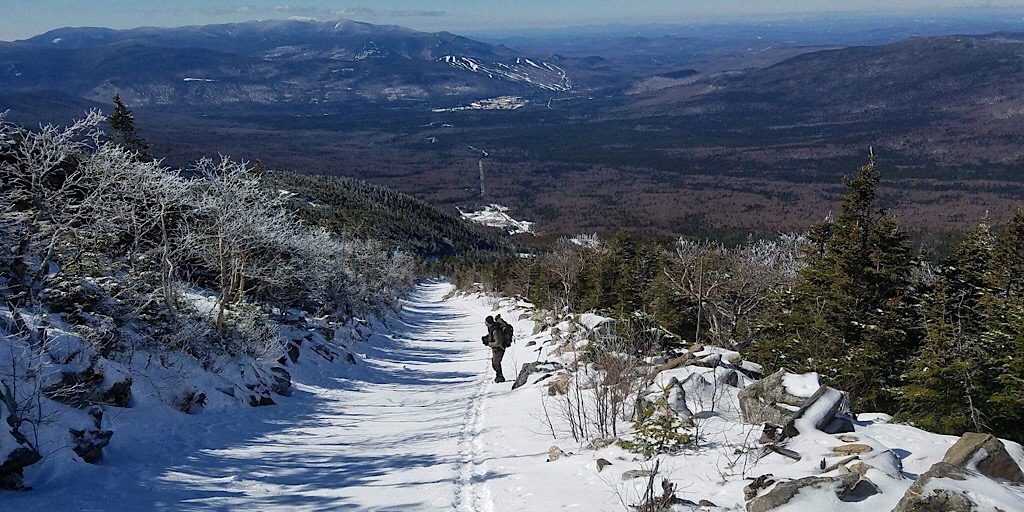 Hiking up what we refer to as “The Chute” section. 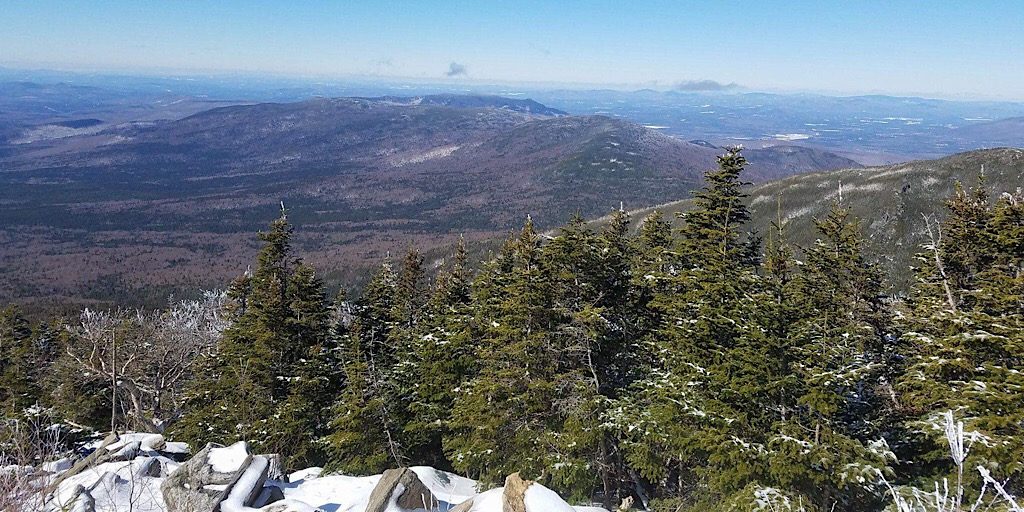 Let’s stop for a moment to take in this scene. 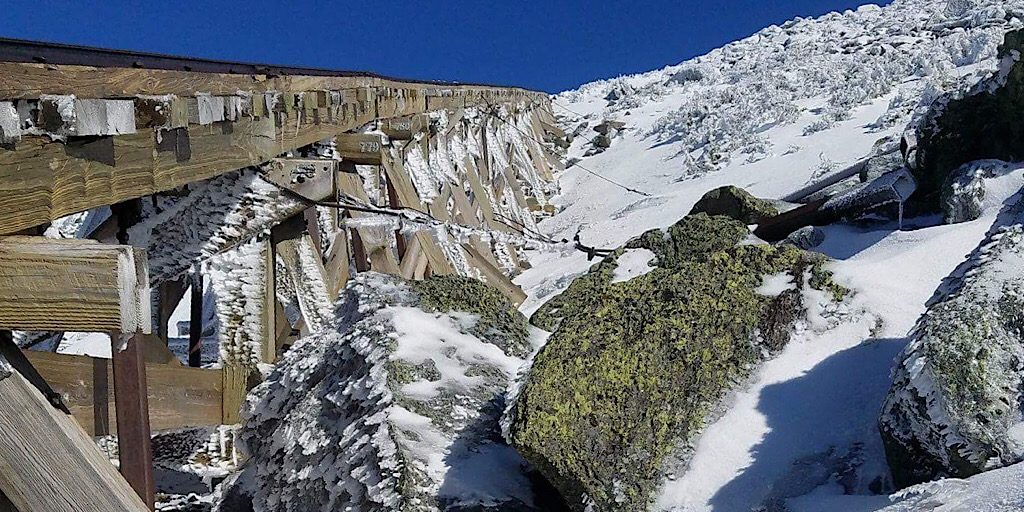 Passing Jacob’s Ladder, about two-thirds the way to the summit. Amazing day. 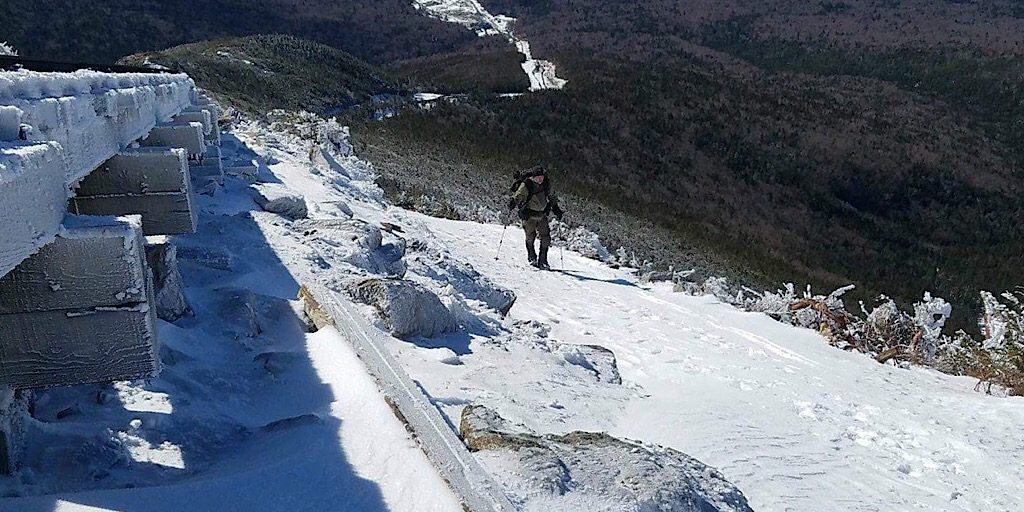 Approaching the Skyline area. This is close to the site where the Cog wants to erect a large hotel. (Just say no.)

The two turned at this point, as stated above, going down the way they came up. The next two photos are of the base area for those interested. First there is a new train bridge going in. Second, the Wayne’s World owner had a toll taker pedestal installed to collect a parking fee from those seeking the convenience of parking in the upper lot. We have no problem with this. We did learn at the last planning board meeting that the Cog cannot keep hikers and skiers off the Cog land to transit the mountain. This is good news as this has been a concern shared by many of the mountain’s users. 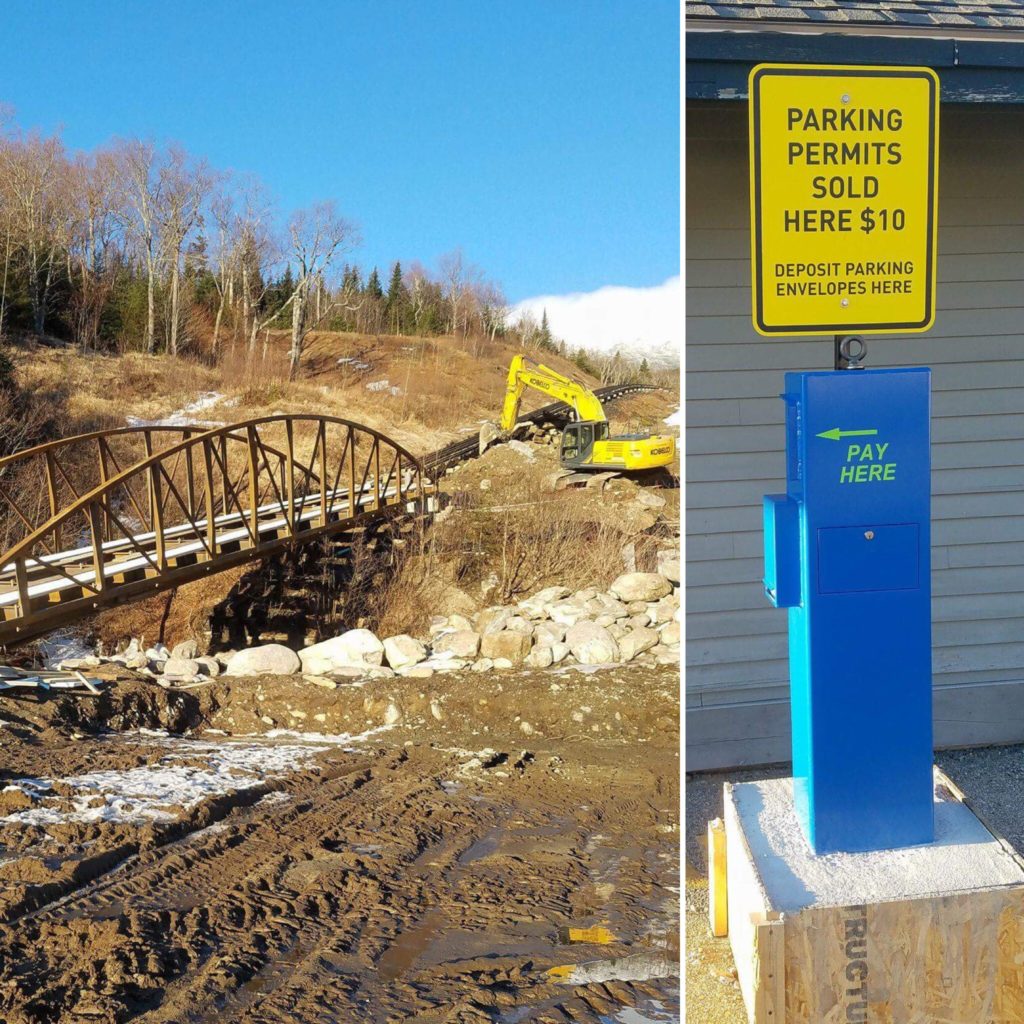 The construction impact looks pretty significant. It’s surprising they would do this stuff at the start of mud season.

Better luck next time, Oleg. Fine job leading, Ken. It looks like wise decisions were made the entire time.