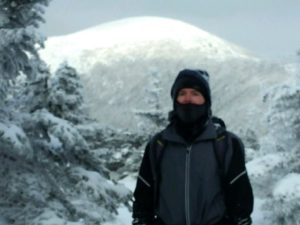 Alex with Mt Washington in the background.

Last winter, almost a year to the day, we led our guest Alex on an attempt of Mt Monroe in some pretty extreme conditions. This resulted in a thwarted attempt and a close call with frostbite. Thankfully some good gut-borne choices were made and Alex and all his fingers were able to come back for some more winter hiking in the Whites with us this season.

This trip, like the one last year, featured a fair amount of above treeline exposure, especially approaching the 4760-foot Mt Eisenhower summit. This tour would be in considerably milder conditions, but being that Alex “needed” Eisenhower, he requested that peak first in case weather turned them around. This would involve, we warned, taking Edmand’s Path after a fair road walk in to the trailhead. Moreover, the trail we knew wouldn’t be broken out and ascending this way was going to be very demanding, both physically and mentally. We strongly suggested ascending via Crawford Path, hitting the 4312-foot Mt Pierce first, heading north on the ridge toward Ike, then having a nice snowshoe glissade down Edmand’s Path, saving the easy-to-navigate albeit snowy road walk for last. Alex, however, was up to the challenge and had his heart set on the Ike-first plan. After considerable discussion on the matter, it was ultimately green-lighted by Redline Guide Jeffrey Shutak, who led this adventure.

We complied with Alex’s request, and indeed he was up to the challenge as it turned out. There may have been some misgivings at times, though, maybe a swear word or two was flung about, and Jeffrey may have had to crack the whip at times, so to speak, to get things moving along more quickly, but they did it. We carry headlamps, but we strive to not have to use them on day hikes. Jeffrey strove hard. Alex hiked with heart. And the team made it out before dark. 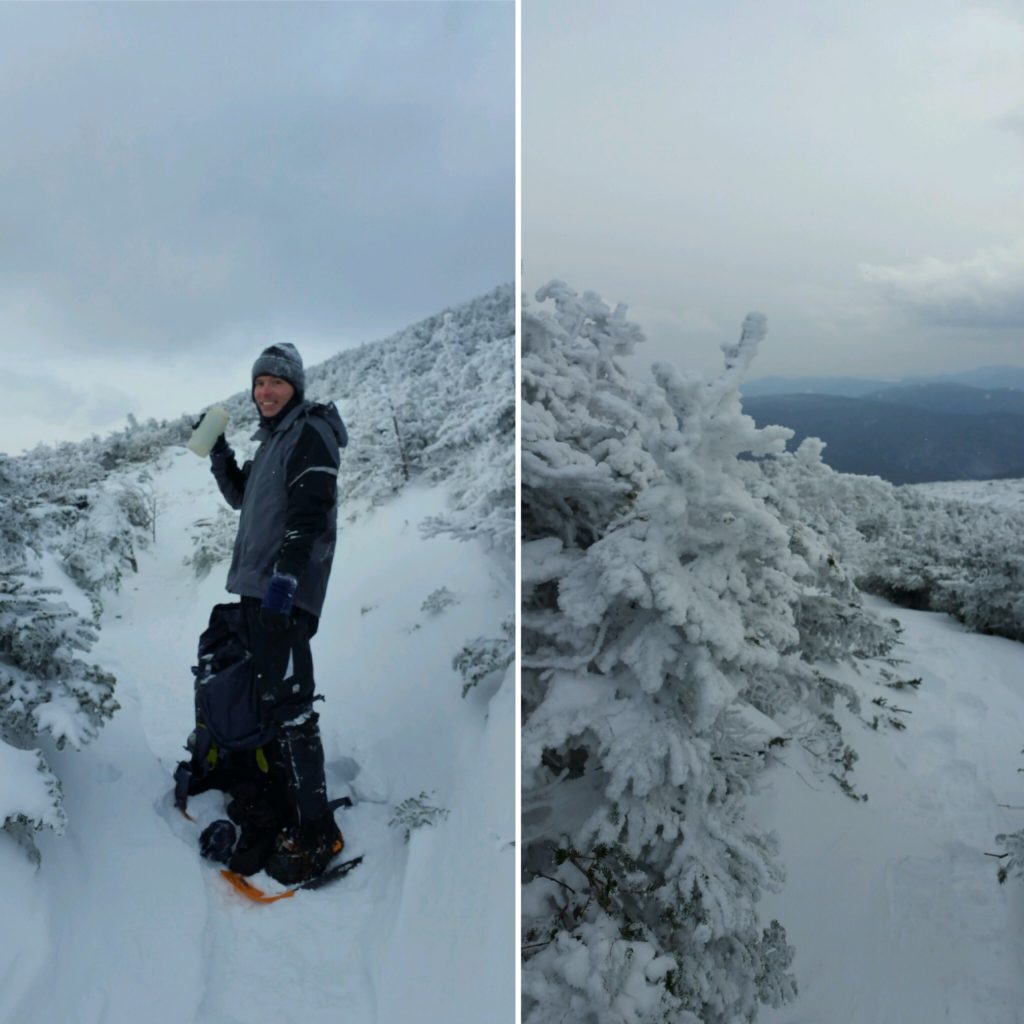 Taking on Mt Eisenhower via Edmand’s Path in winter is not the easy way to get it done.

This was a tough hike starting at Clinton Road Parking lot with a 2.3-mile road walk to the Edmand’s Path trailhead. Nothing was tracked out and snow varied from a foot to three feet in places. The slide from Edmand’s Path to Crawford Path was a nightmare — really hard! Crawford Path to the summit of Eisenhower was ice covered and we had to proceed carefully. At one point Alex said he regretted choosing this hike. But in spite of all this we had a sucessful summit and then on to Pierce. Fortunately one other hiker had been to Eisenhower from Pierce and the trail was somewhat broken out. But bottom line is we made it. —Jeffrey Shutak 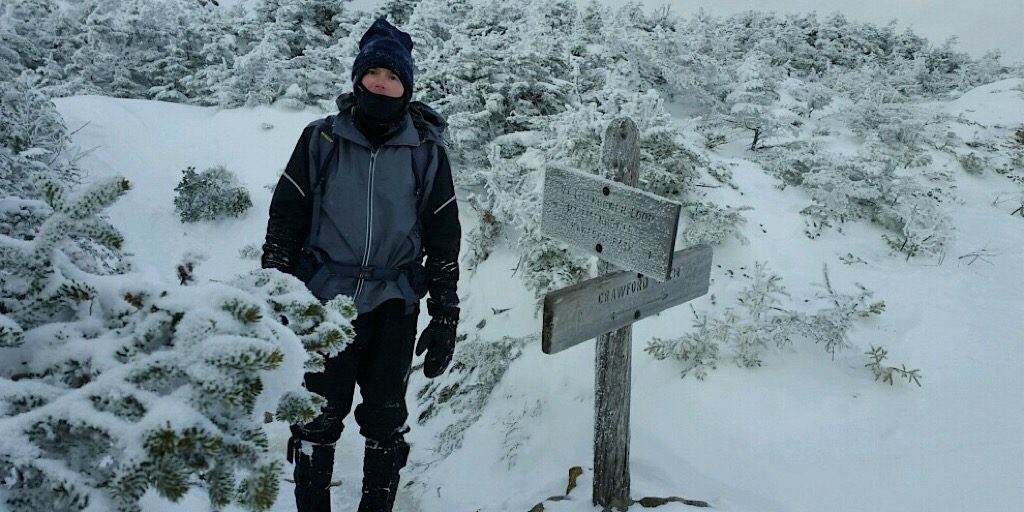 It was a relief to finally make the ridge. 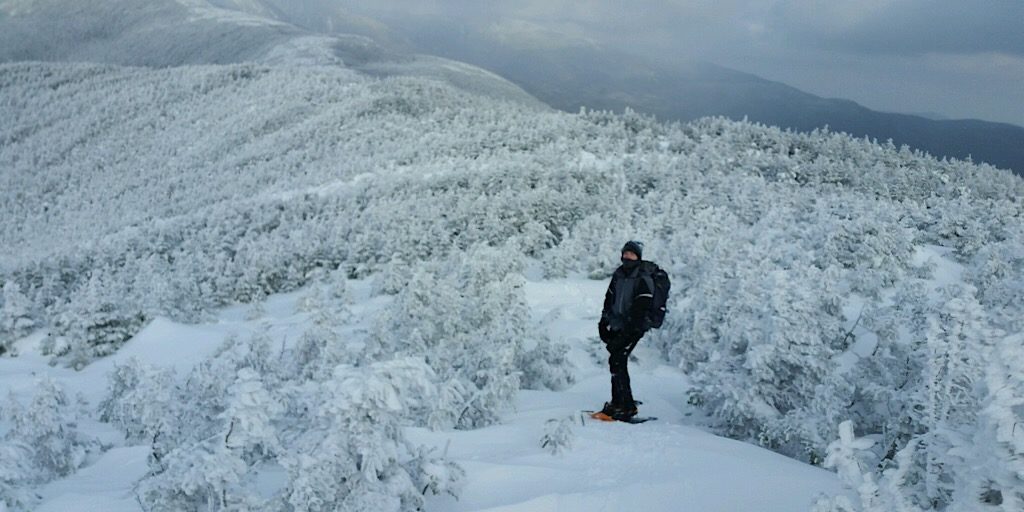 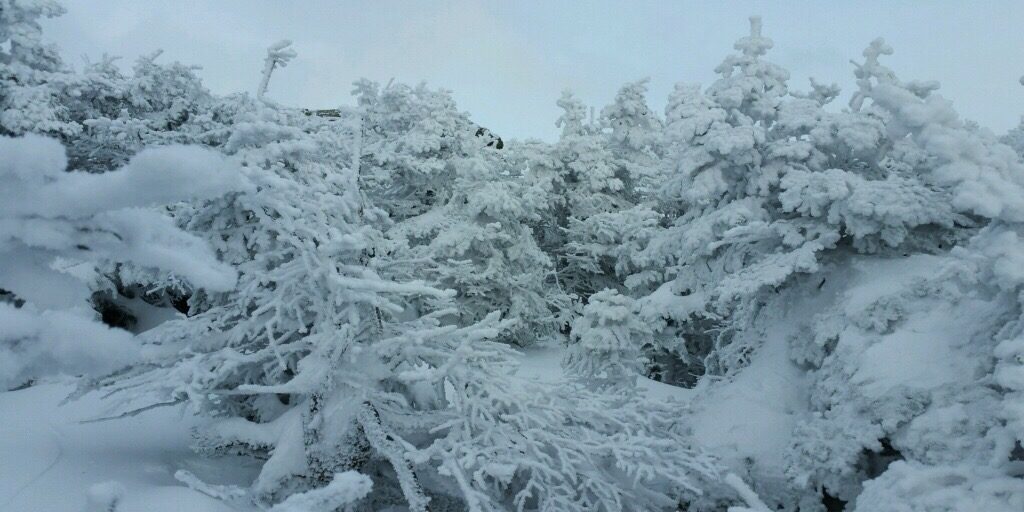 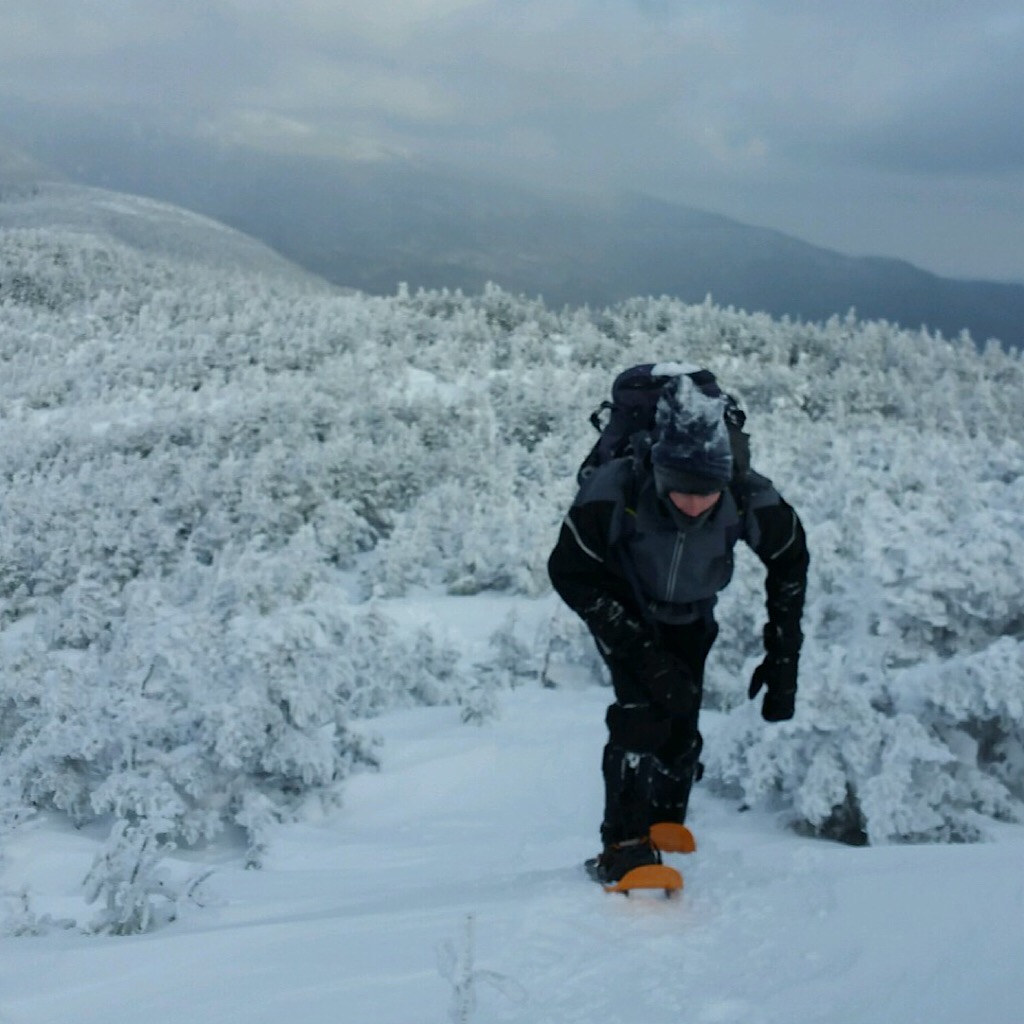 Alex driving hard toward the top. 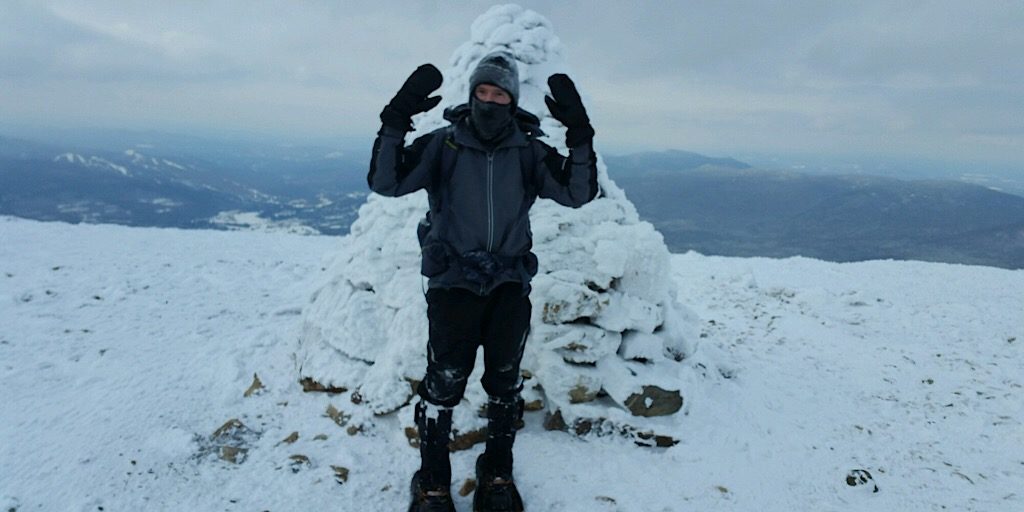 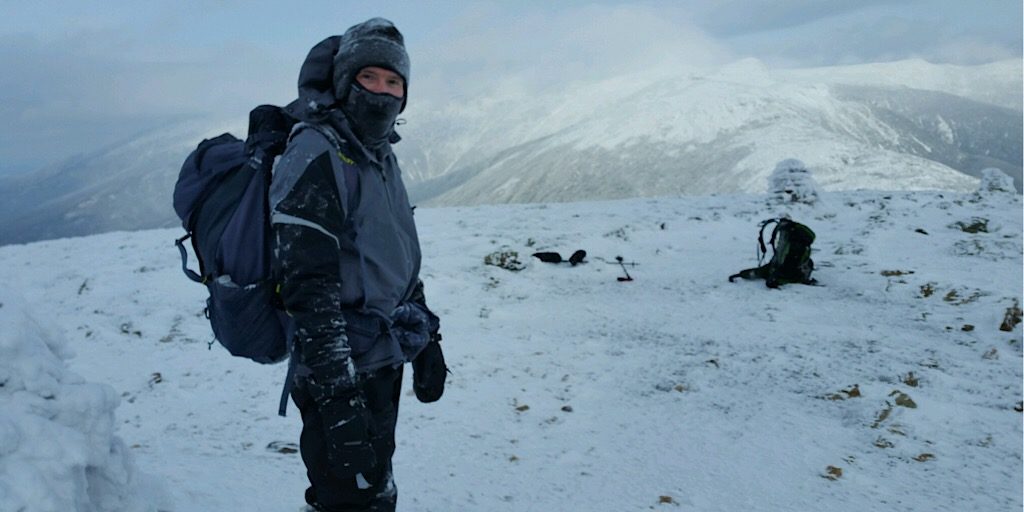 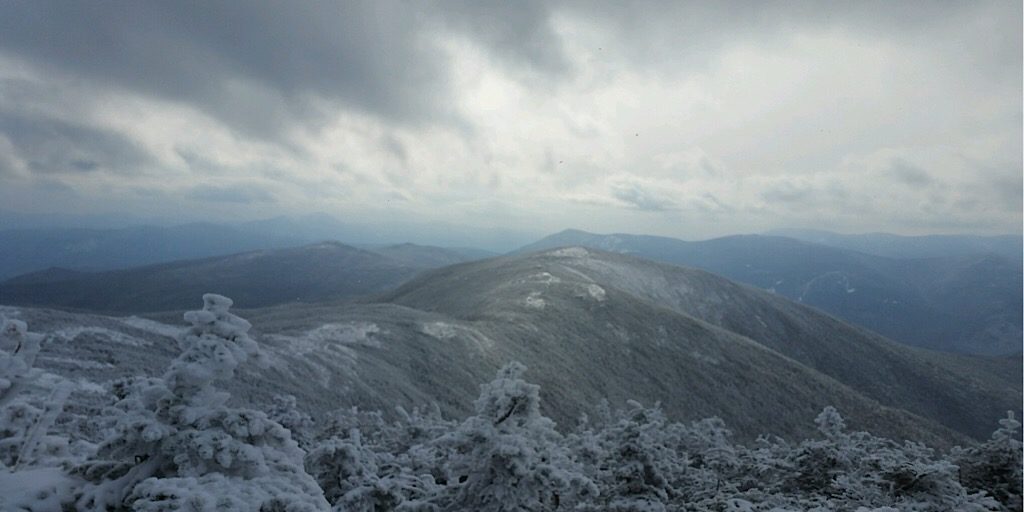