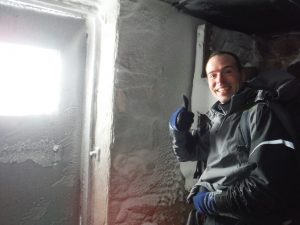 Alex in the frosty dungeon.

The winds above treeline weren’t crazy by the AMC’s Lakes of the Clouds Hut — blowing 30-40 miles-per-hour or so at that location. The temperatures, on the other hand, were an attention-grabbing -20°F, or really close to that, anyway. We could have gone on, and maybe we could have made it if the winds on Mornoe’s summit were manageable. And we were going to try. We would have been okay… or maybe we wouldn’t have been. We won’t know for sure, a “gut feeling” crept in and just like that, the mission was scrubbed. Not a chickening, for lack of a better word, but an uneasy feeling. It’s dangerous when it’s that cold and gusty (even with a favorable trend, which we had). One misstep in that kind cold and wind — we’re talking 60-70 below with the wind chill factored in — and even the hardiest and most prepared hikers will struggle to survive.

When we got back our guest discovered some minor frostbite on his fingers, some was able to be treated with water and reversed within minutes. Three other fingers may tingle for a bit, but will hopefully be okay. He experienced the beginnings of first degree frostbite on his nose, out of the wind, on the hike in, just beyond the mile mark. This was caught and dealt with right away and never presented again. The fingers, however, were never in view, and our guest never felt any hand discomfort. Scary. The “gut” may have been onto something. We’re glad we scrubbed the mission. The mountain, as they say, will be there another day. And now, so will our guest’s fingers! 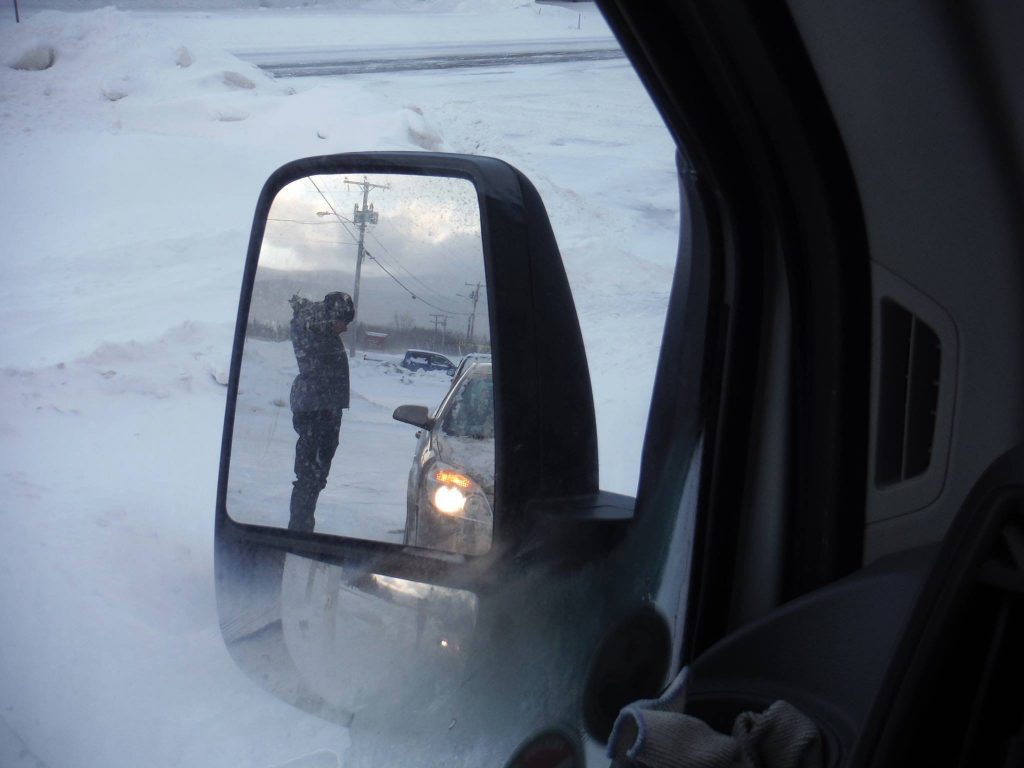 Looking back, it was a cold morning. 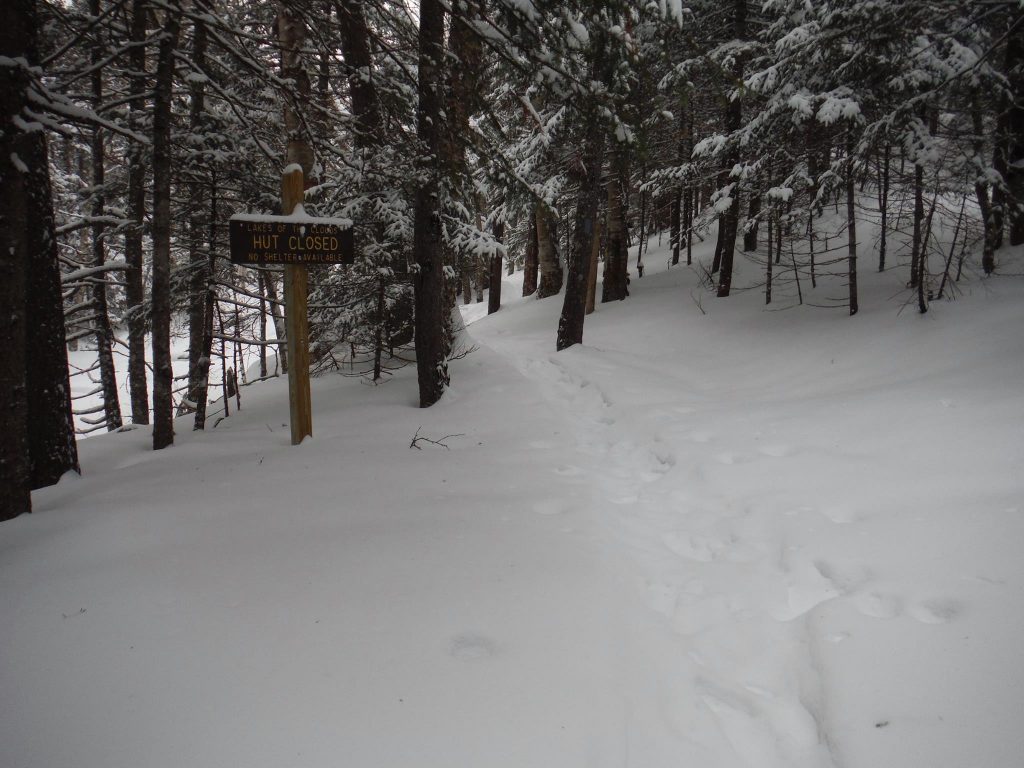 The Hut is Closed. This is partly true. 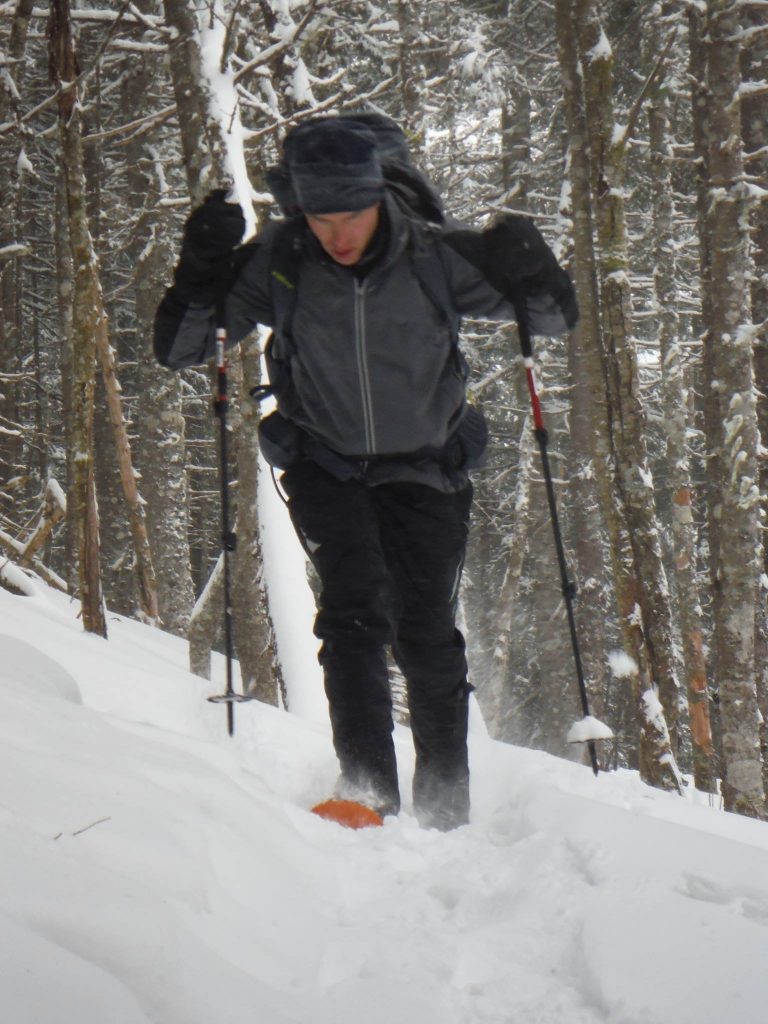 Our guest, Alex, making good progress in his snowshoes. 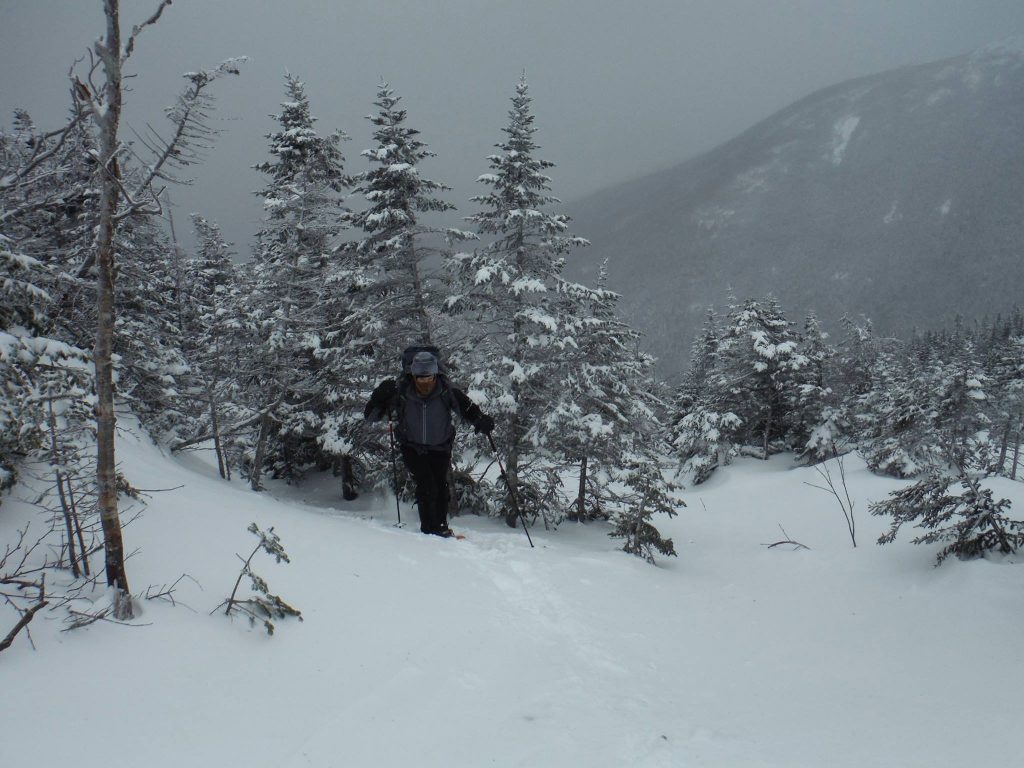 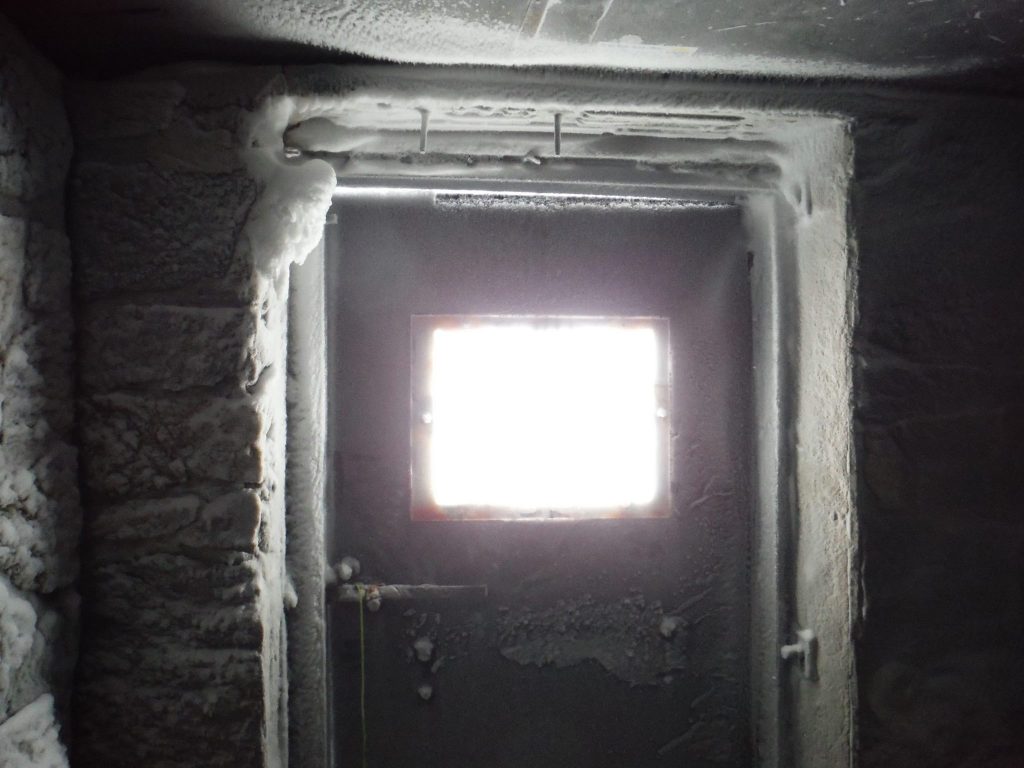 We end our tour after a break in the dungeon.