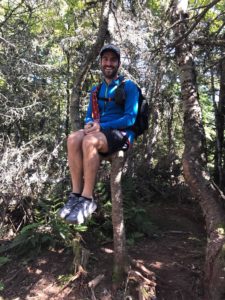 Having guided this hike in the past, we weren’t surprised to see this destination come up again. It’s not that it’s too long or too difficult. But it is a long hike and there are notable challenges… or there can be. Namely, assuming one isn’t taking one of the three common “bushwhacks” — Black Pond, Fishermen’s, or Brutus — then there are three river crossings to deal with. All of which can be extremely dangerous, and two of which often have to be forded. This is serious business at certain times of the year. Right now, however, things have been pretty dry. Rivers are once again alarmingly low. They crossed with ease.

With us this time is another returning guest, Linda. A few months ago, Linda joined one of our Wilderness Navigation courses. This time she wanted something different requesting a companion for safety to the 4025-foot Owl’s Head. We put Redline Guide Bill Robichaud on this mission. On September 12th, they made their successful attempt in just under nine hours helping Linda bag her 27th 4000-footer. Way to go… keep at it!

The weather yesterday [9/12] was perfect, and thanks to Redline Guiding, I got to head out deep into the Pemi and tag Owl’s Head for Linda’s 27th 4000-footer! Crossings were all manageable, the mud was too, and the slide was its usual steep and rough self, but the rest was a pleasant (if a bit long) walk alongside streams in the woods. Saw several folks out, two completing their lists on Owl’s Head, but was a pretty quiet day overall. Even saw a runner on Lincoln Woods, who ended up setting a new Pemi Loop FKT (fastest known time) of 6:06! Glad to have gotten you out and up there Linda, thanks for a great day! —Bill Robichaud

They begin, as per the norm for most hikers, by crossing the East Branch of the Pemigewasset River then heading east on Lincoln Woods Trail. They noted the seasons are changing. While we love winter, every season, really, there’s no need to rush any of it. Life is too short to wish it away. 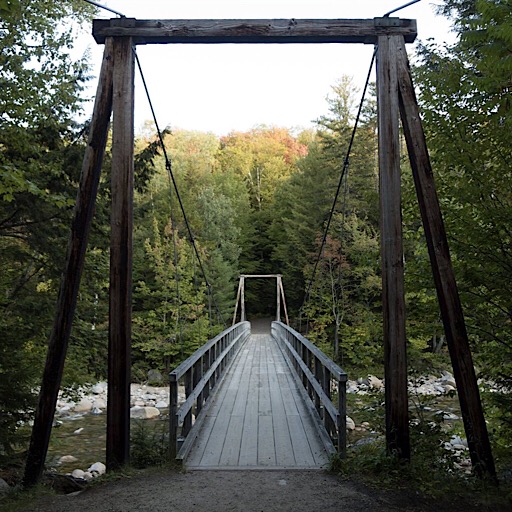 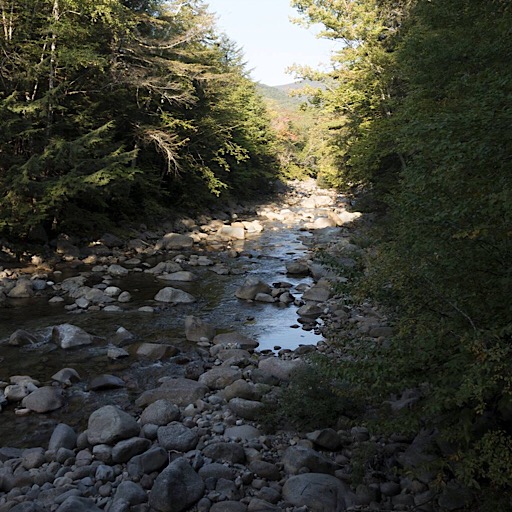 It crosses the East Branch of the Pemi (Franconia Brk). 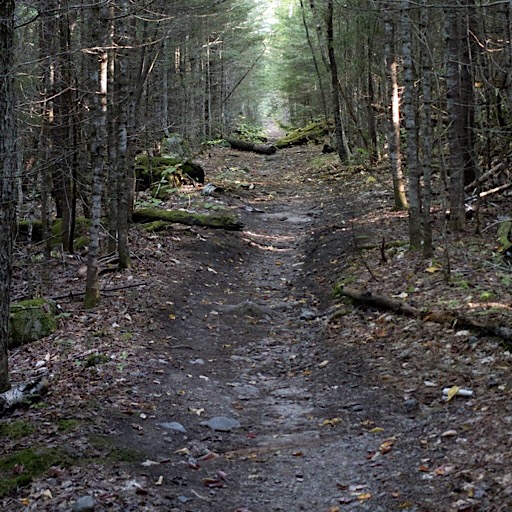 Much of the way is old rail grade. 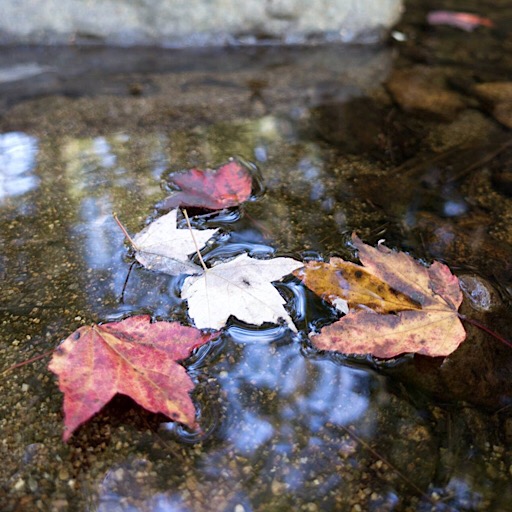 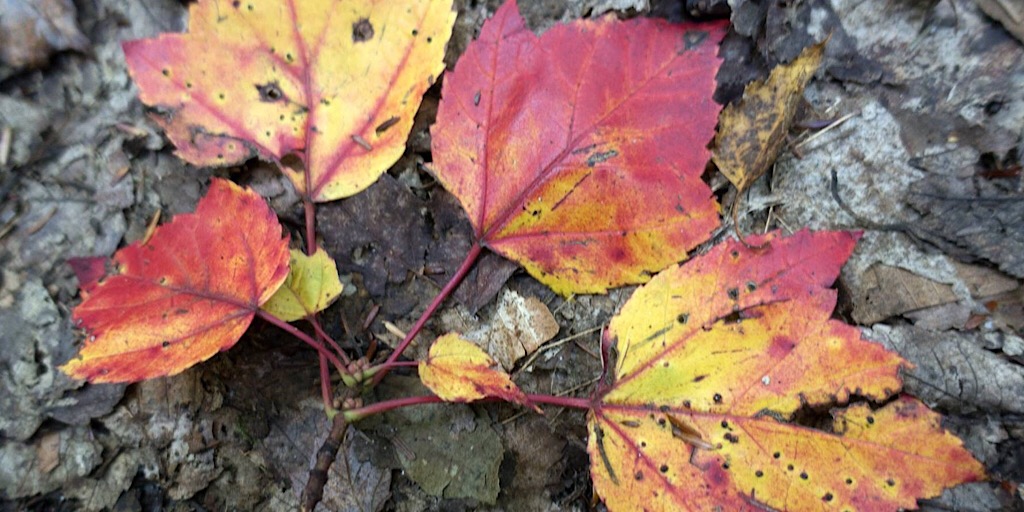 Then soon after the observation is confirmed. It’s “fally” out.

The three unabridged crossings, one over Franconia Brook, then two over Lincoln Brook, were all uneventful due to low water levels at this time. This, plus dry weather, made none of the bushwhacks necessary so they stayed on trail. This made for a long but efficient walk in, enjoying the mild weather, the changing leaves, and nature in general. Before long they encountered Owl’s Head Path and the route up the steep, loose Owl’s Head Slide. 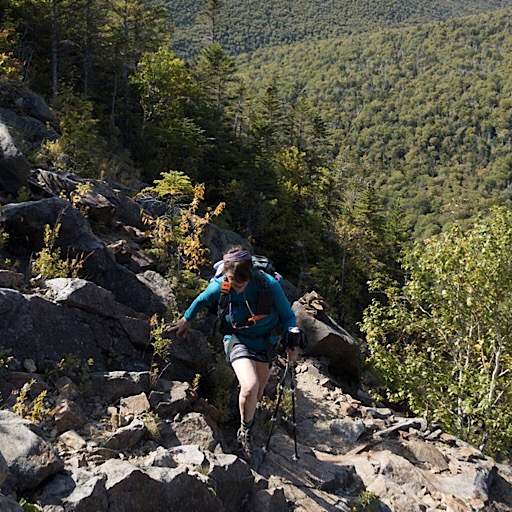 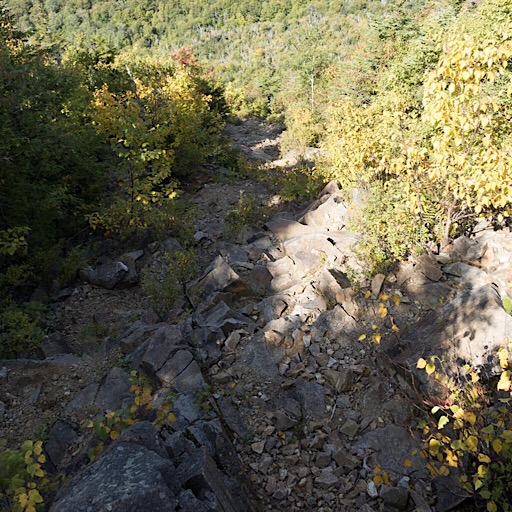 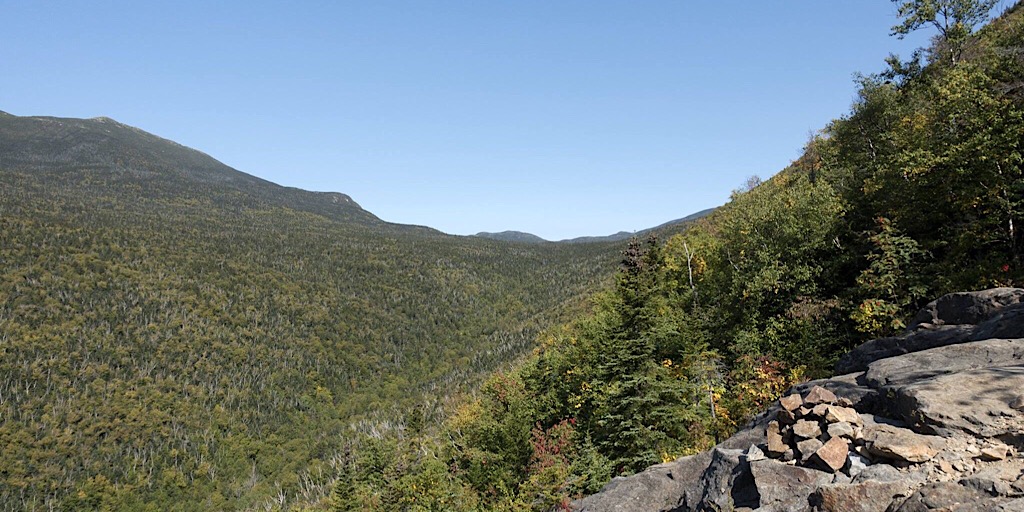 Turning around in the slide and one sees stunning views of Franconia Ridge. 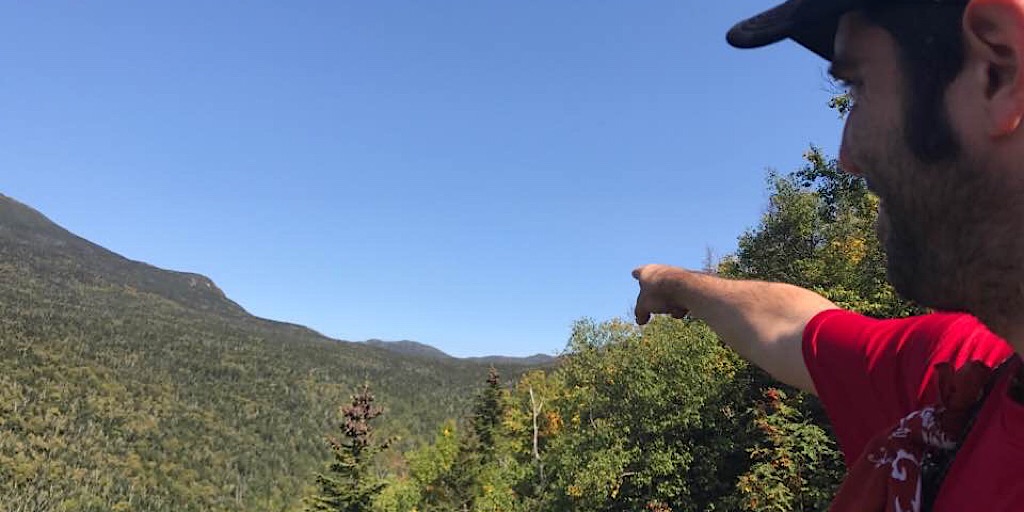 Bill is extremely knowledgeable about them thar hills and is probably naming every bump and wrinkle on the ridge. 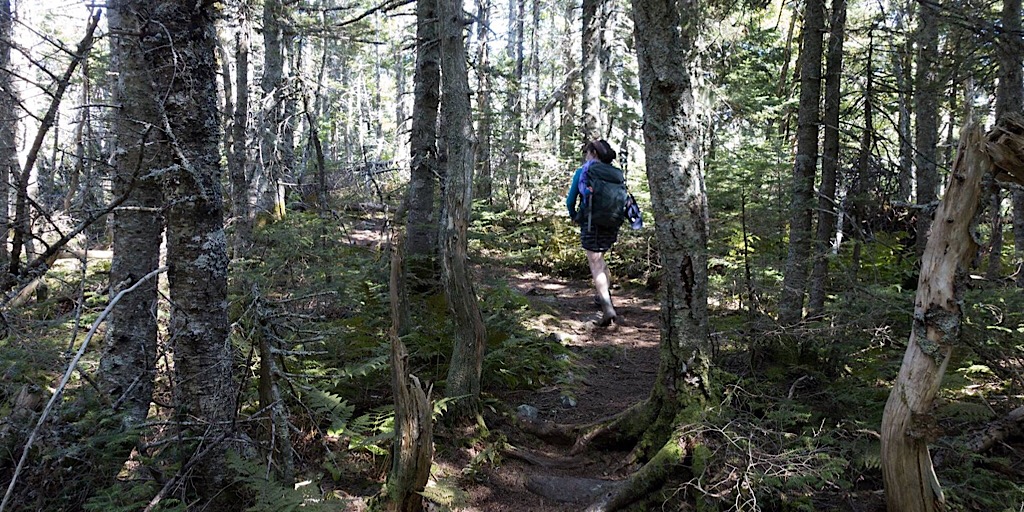 On the summit ridge near the end. Bill sweeps, Linda is on point to the end. 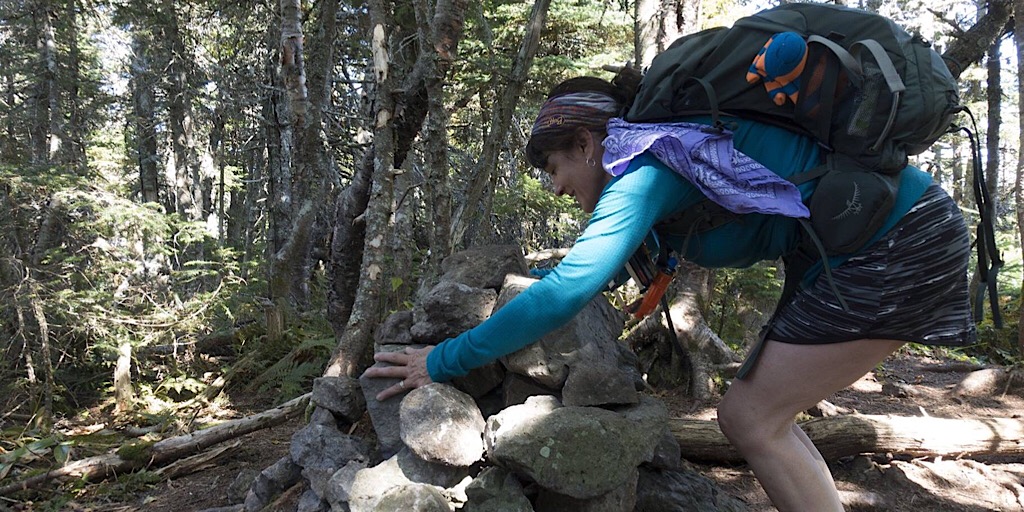 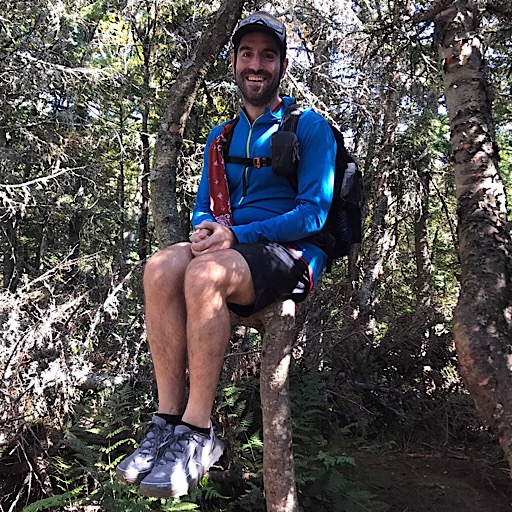 Linda asked Bill to pose in this tree for a photo. 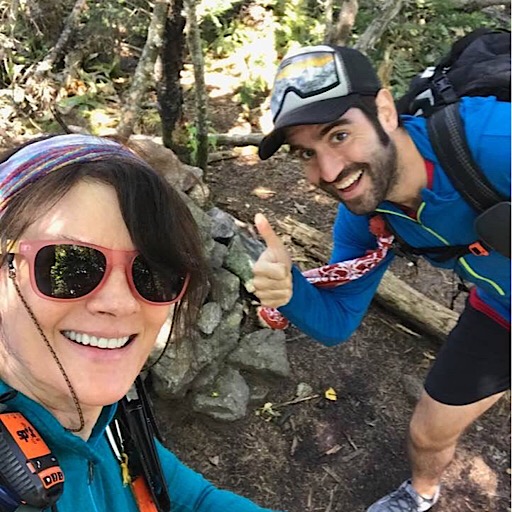 Well done. Both of you.