We get a fair number of requests for hiking guides on Huntington Ravine. It stands to reason. Billed as one of the most difficult trails in the White Mountain National Forest, it causes concern for some people, and justifiably so. Huntington Ravine, for some, is really straightforward, even easy. For others, though, the potential for death or injury from very real hazards is very much a thing and, for them, it may be too unnerving. Too heady. And it’s not the kind of place where you can just go in willy-nilly and decide on the spot if it’s for you. You can’t really turn around if you don’t like it, it’s committing, as descending it is even more dangerous, difficult, and scary. People literally get stuck up there and require rescue, and there have been mishaps in the past. This is fact.

Hiking Huntington Ravine with a guide usually ends with one of two results: One is that the guest decides they could have done it on their own; Two is that the guest decides that hiring a guide was a life-saving game-changer. Which camp you end up in is for you to decide, and we appreciate your need to get it right the first time around. That said, even those who find it easy say they still benefitted having a guide for a number of value-added reasons. So, we will answer with bias when we say hiring a guide is a no-lose situation.

On this topic, we had two independent Huntington Ravine trips the other day, both successful, private events. These were led by Redline Guides Pat Ferland and Will Murphy. Both guides took a number of photos, some of which are featured below.

This was a trip for a couple of hikers “redlining” or “tracing” the guide book, meaning they’re hiking all of the hiking trails described in the AMC’s White Mountain Guide Book. They wanted some help with this one. Also on their list was Nelson Crag Trail which they took down. A twofer. Pat got a few photos, below. 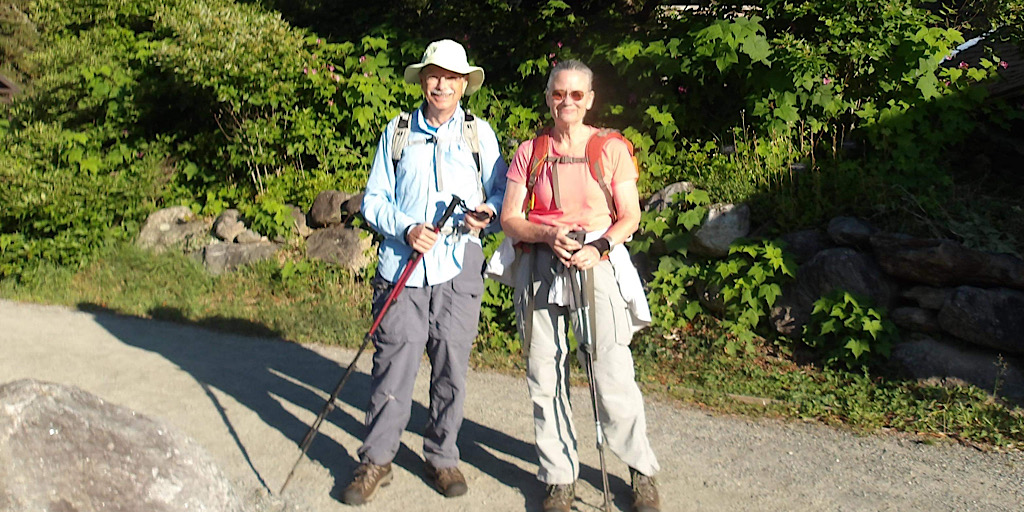 Starting out, clean and fresh. 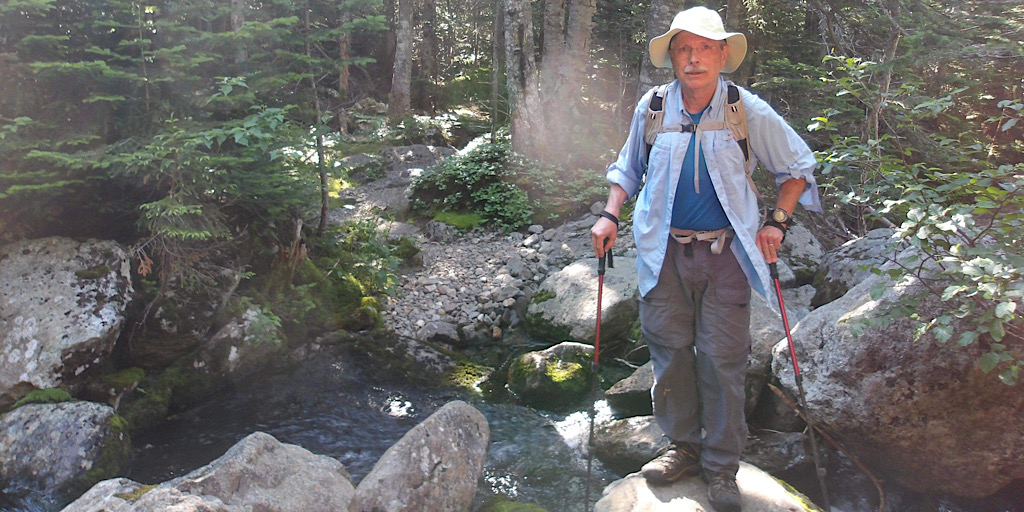 One of the crossings on the way in. 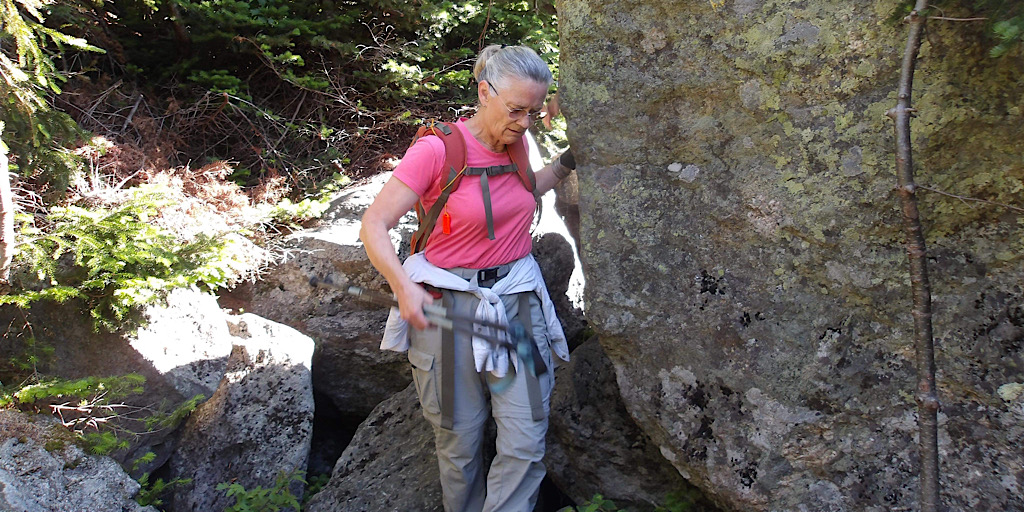 Getting there is a challenge. 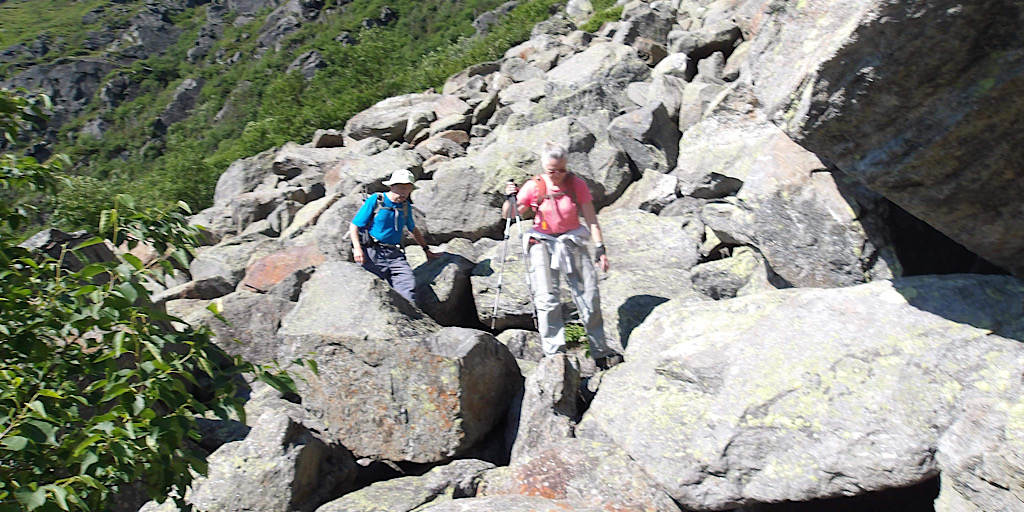 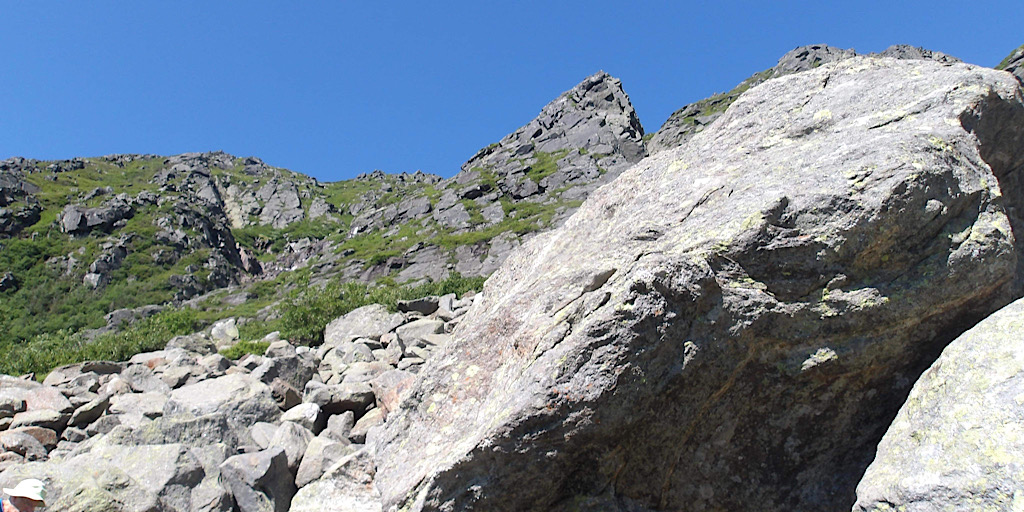 Soon they be up there. 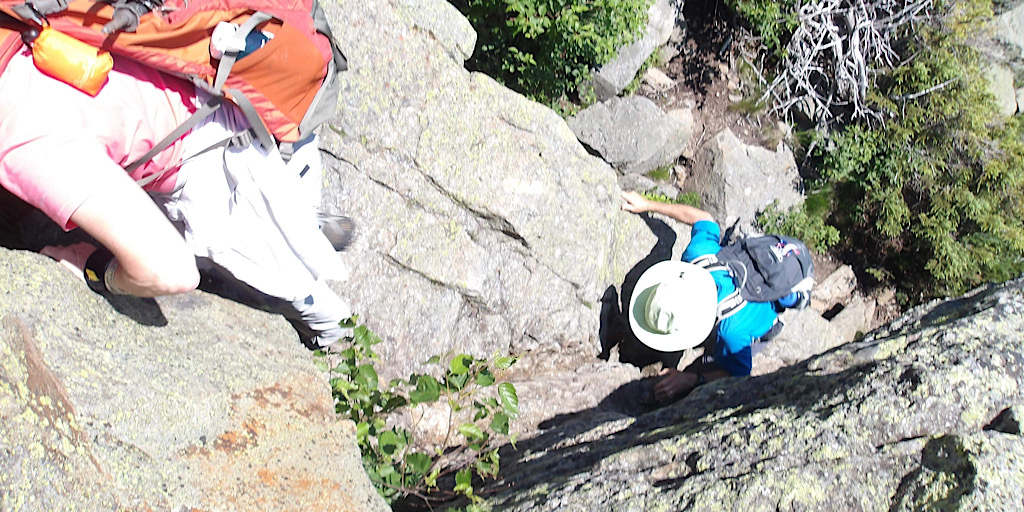 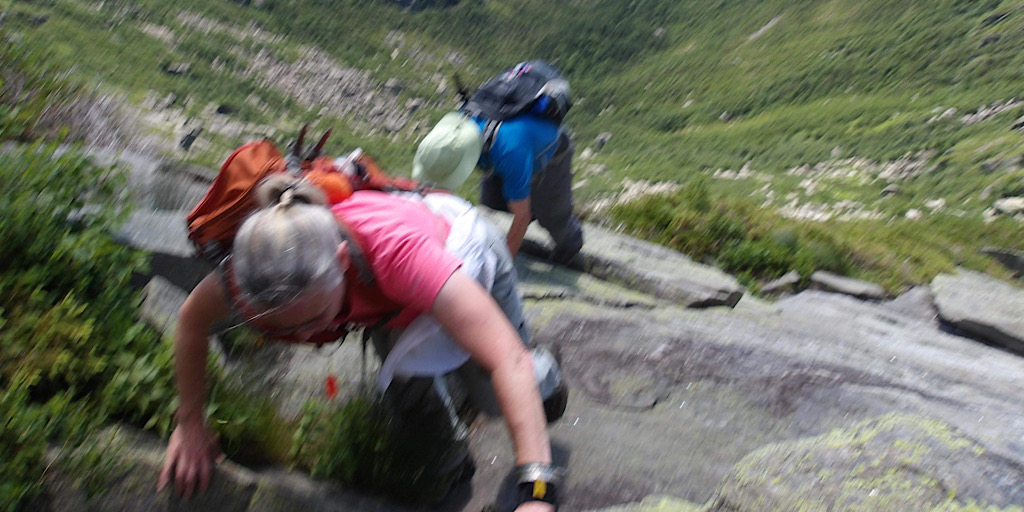 Rising out of it. 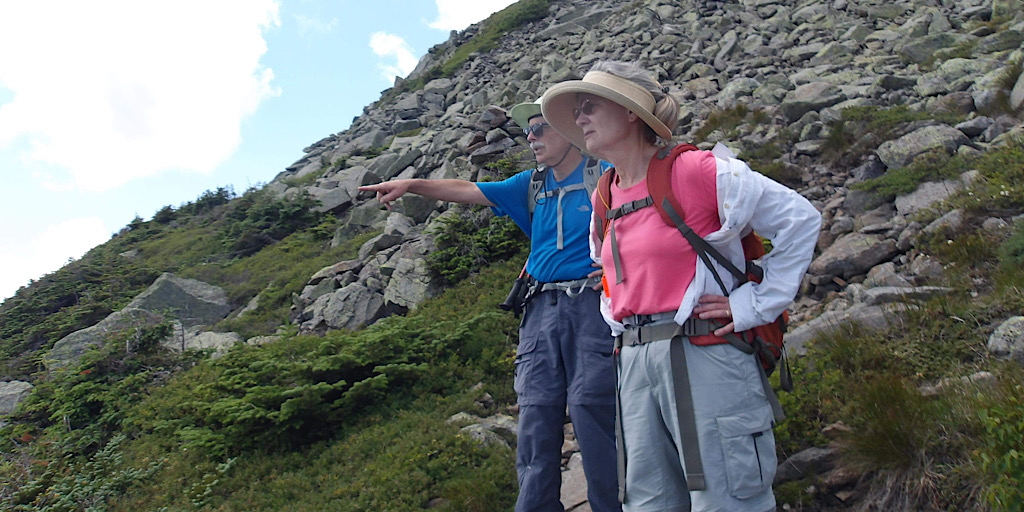 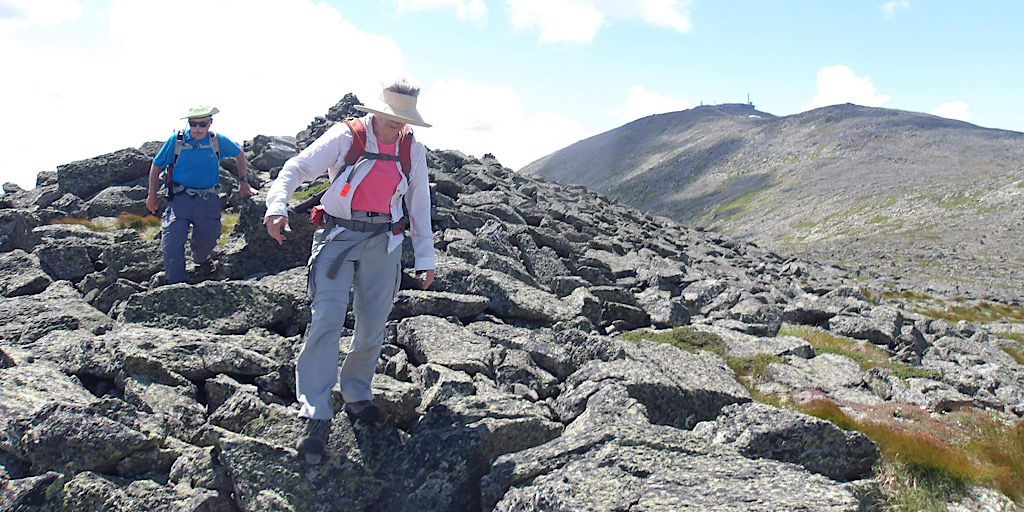 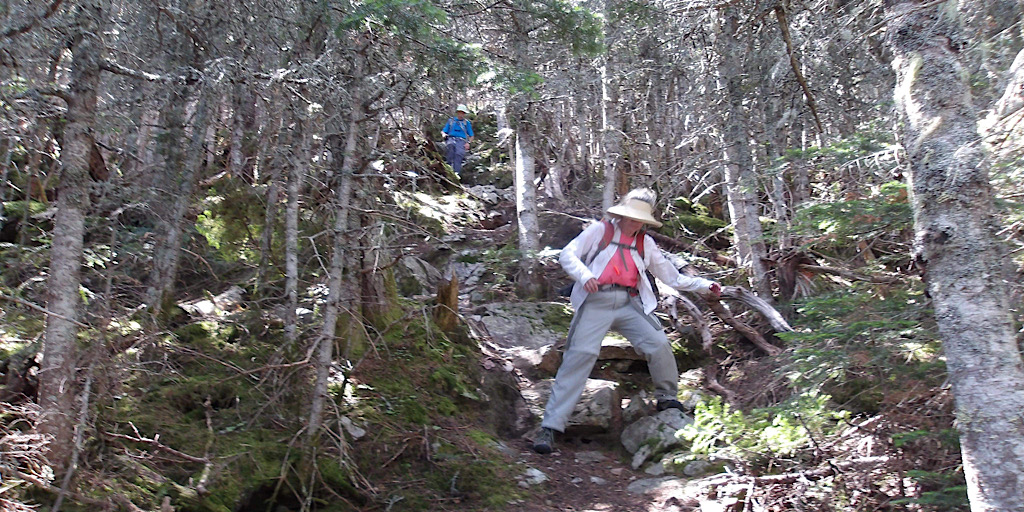 Exiting a trail new to them.

Meanwhile, in the same ravine on the same day, but on a different time line, Will was leading one fellow up who just had it on his to-do list, wanted to get it done, and felt having a companion would be a wise move. Again, this trail’s reputation gives hikers a reason to pause and think. Will got a ton of photos, some below. 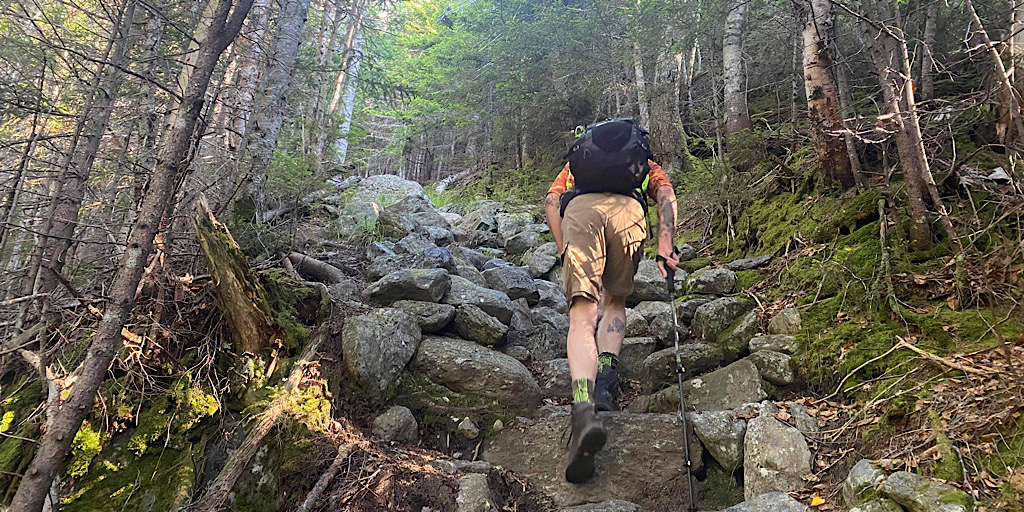 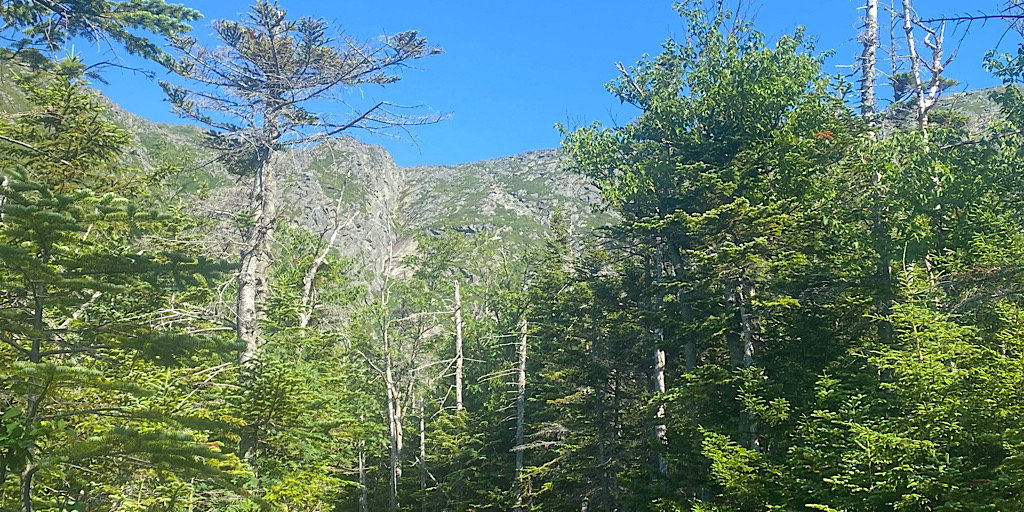 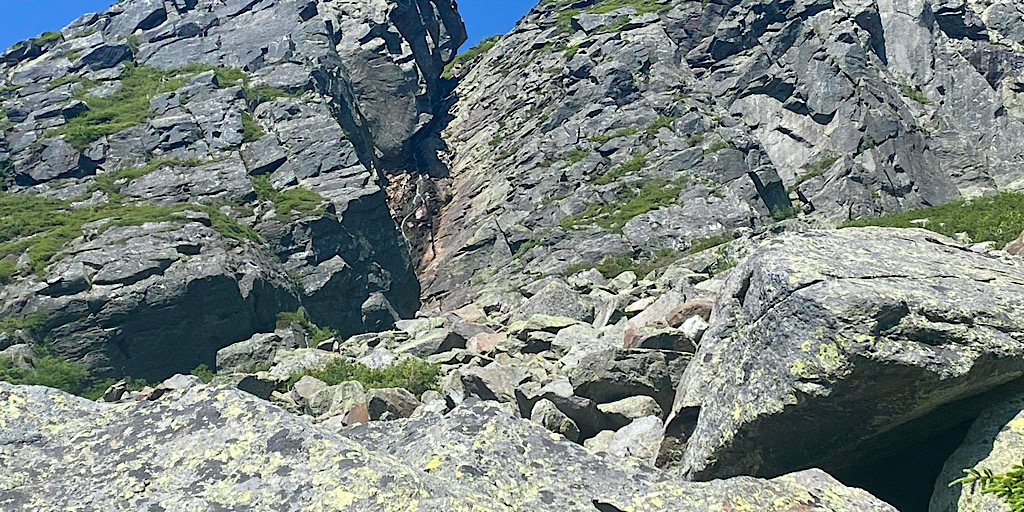 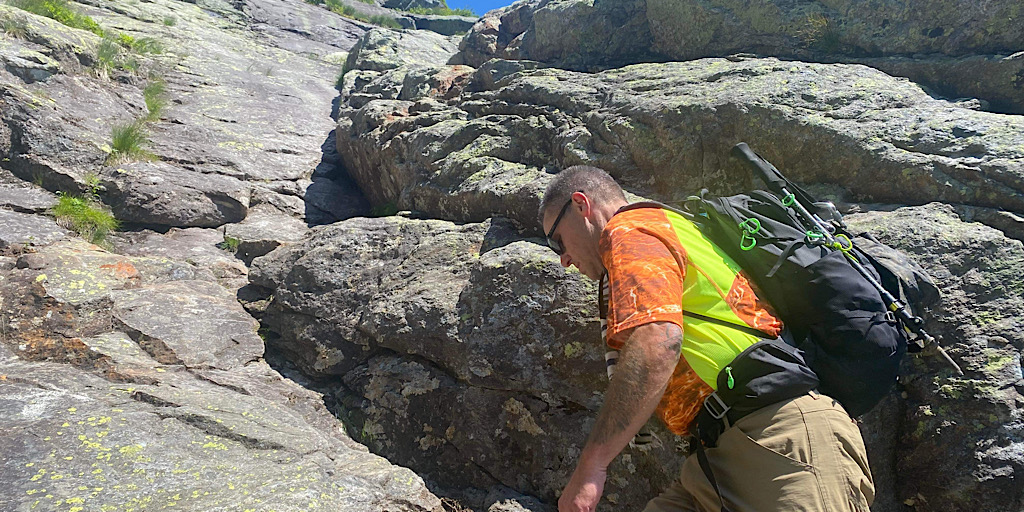 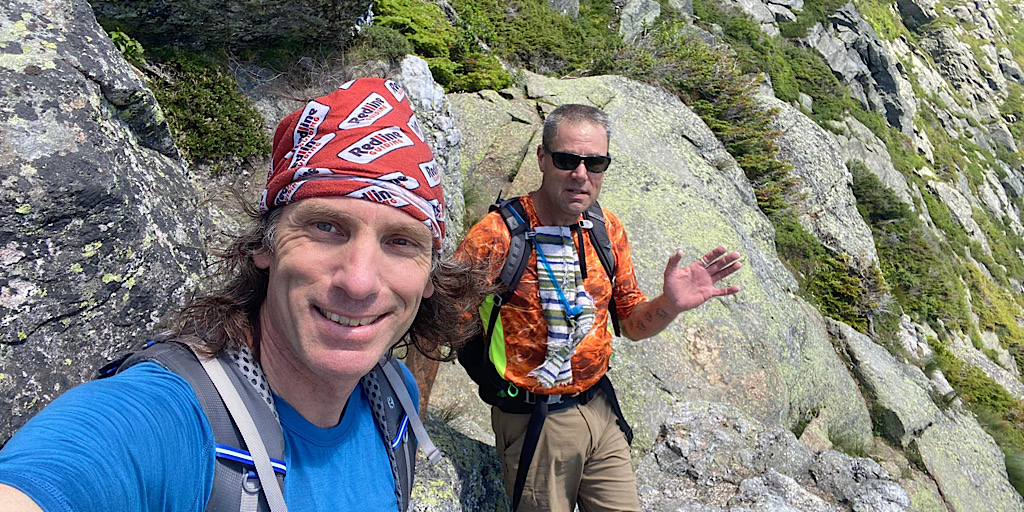 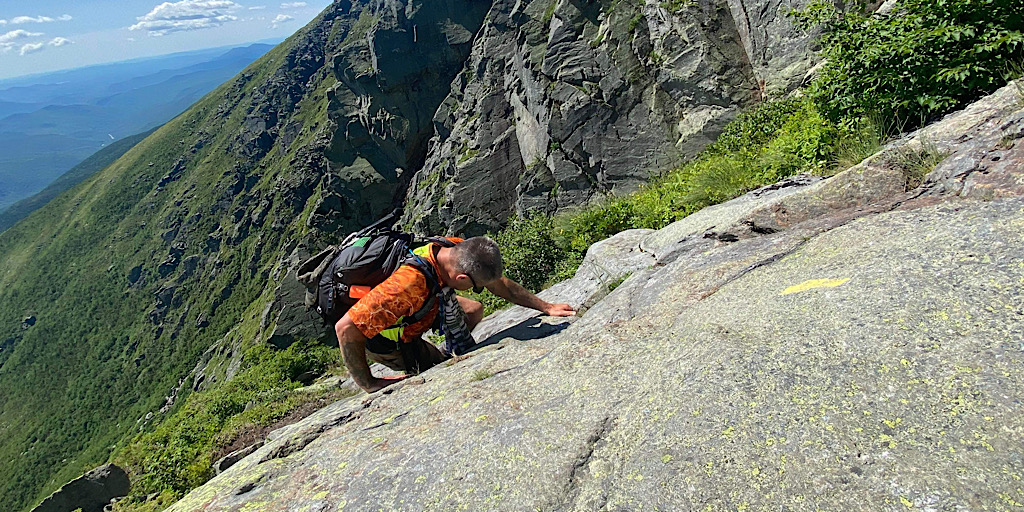 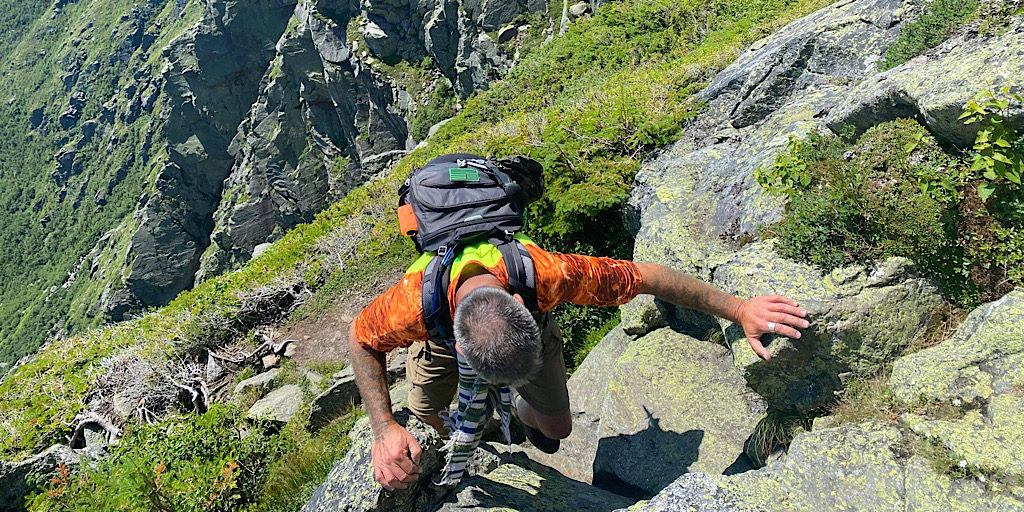 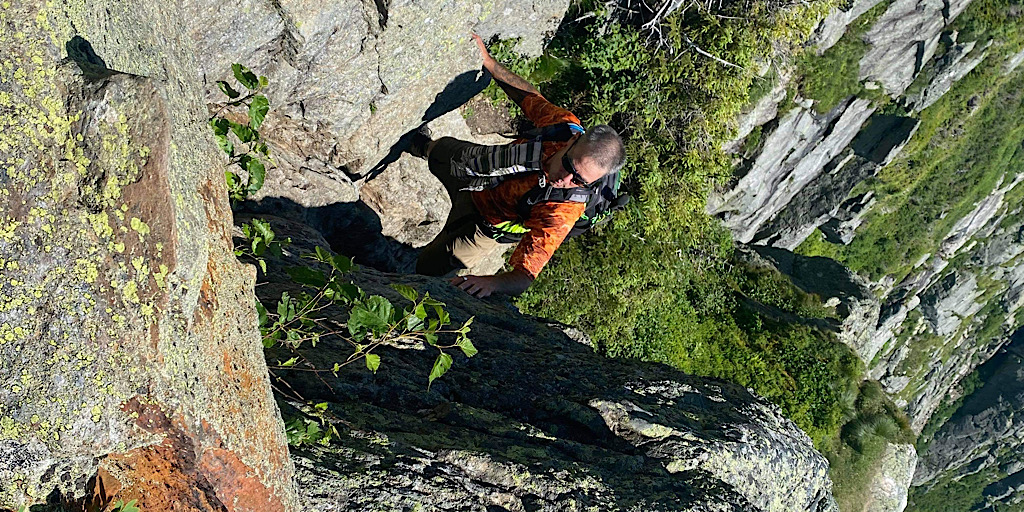 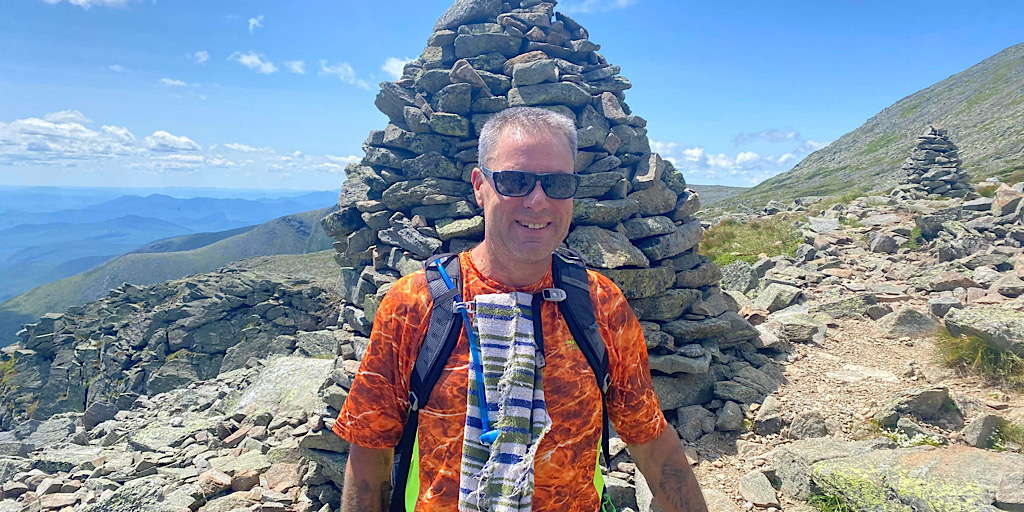 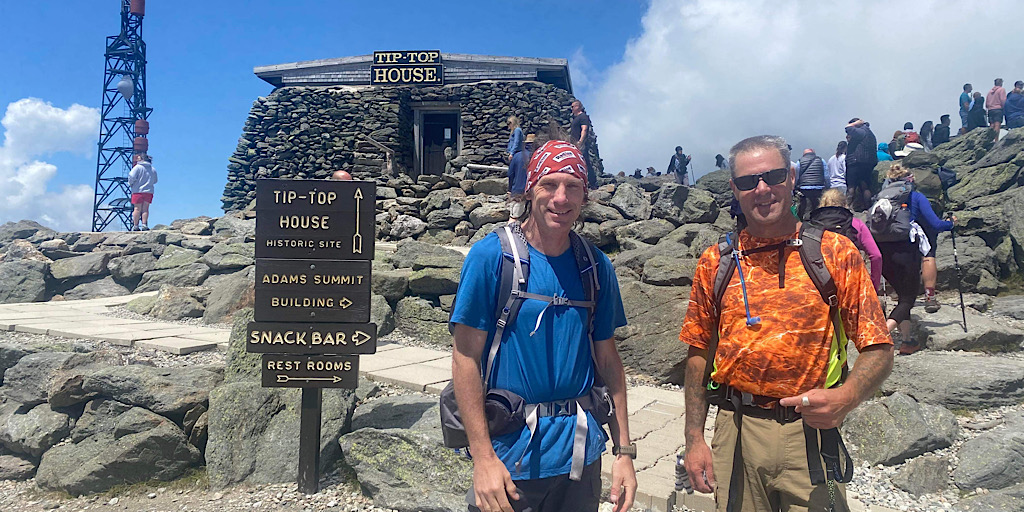 To provide a balanced showing we pooled our media resources and made this short video of the scenery up there.

Great job one and all. Thank you for adventuring with Redline Guiding!