A Day on the Rock Pile

We often encourage our guides to write a few words about their trips, passing along the guide’s perspective, and in the guide’s own words — it offers a nice peek back for our guests. That is such the case with this post as most was penned by Redline Guide Phoebe Seltzer. This was a special Mt Washington summit for Phoebe being that it was her 30th on the weather-challenged “Rock Pile.”

We started up the Ammonoosuc Ravine Trail at 8:00am and enjoyed walking by the water, making good time along the way. Gem Pool was the perfect stop for our first break, an hour in and before the steep stuff. Photos were taken, snacks and water were enjoyed, then we all got to it and tackled the steep half mile before the waterfall area. On the last half mile to the hut we experienced fun scrambles along the waterfall and, on reaching the ridge, the hut appeared. Doors were opened, packs were taken off, and then we heard there were calzones! What a treat! We ate our lunch while enjoying the views and getting a break from the wind.

After lunch it was off for the final push to the top, seeing the Lakes of the Clouds Hut getting smaller and smaller as we went. We made good time in the last 1.4 miles and got occasional views of the summit when the clouds parted, and great views back to the hut. Just as we were almost up the clouds wiped out the views again.

But the mountain was climbed and we got our photos before going to restaurant number two of the day. Unlike the hut, the top [summit cafeteria] was out of pizza, but had a great variety of hot soups! Plus whoopie pies! People were packed in the crowded building, but the soup and getting out of the wind was awesome! We checked the forecast and saw the summit was currently clocking 48 mile per hour winds with gusts to 53!

After lunch number two was finished we headed back out to find the clouds had cleared again! We had to go over the top anyway to get to the Trinity Heights Connector so got some more photos, including one of me with a whoopie pie (my 30th Mt Washington summit). The team then descended Gulfside towards the Jewell Trail with great views of the Northern Presidentials and the Great Gulf. Upon reaching Jewell the rough first mile was tackled before reaching the trees. The rest of Jewell allowed for faster walking and in the last mile we got to see more rivers! The road came into view, we then crossed and were back where we started. —Phoebe 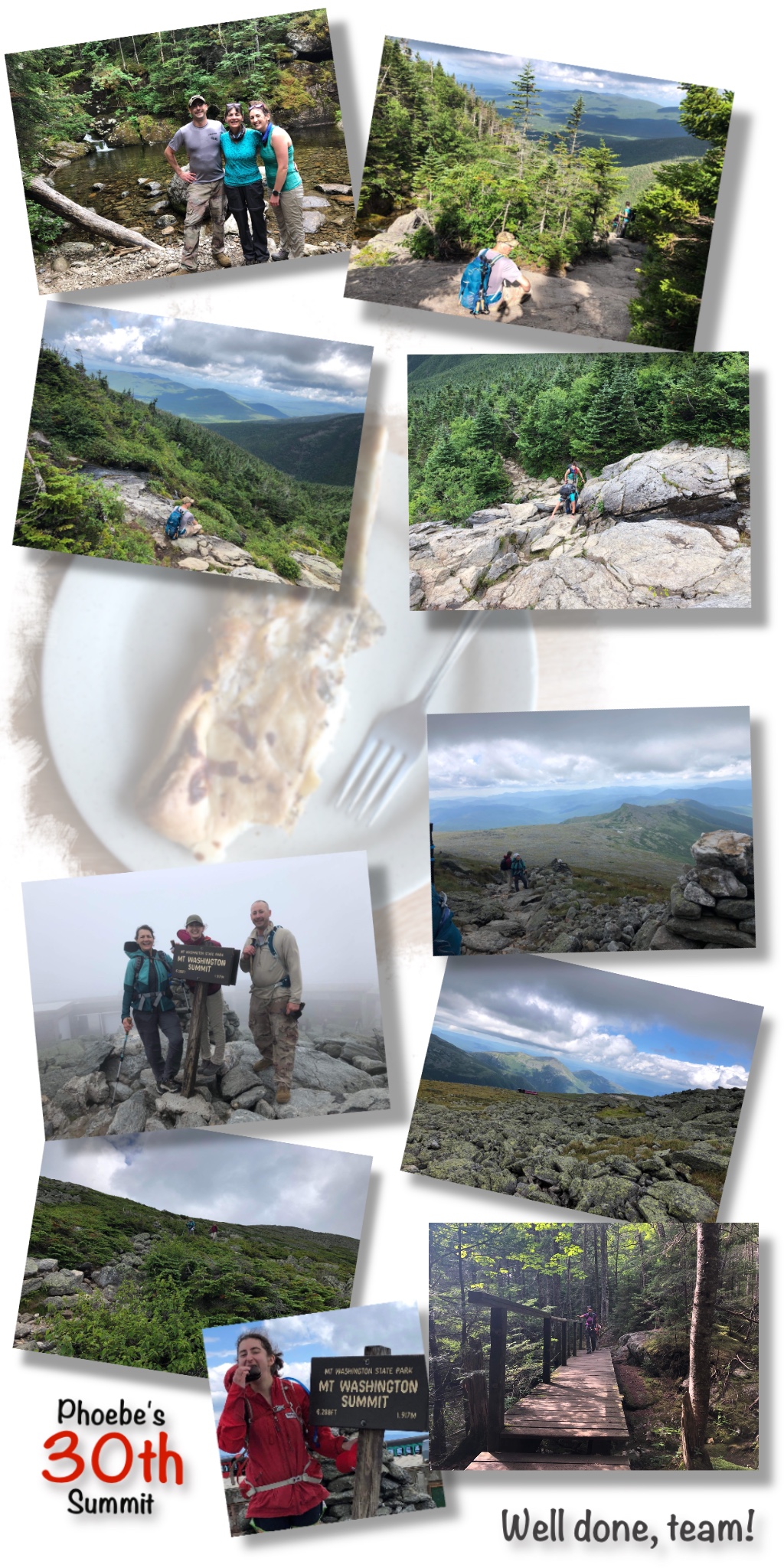 Great job one and all. Thanks you for adventuring with Redline Guiding!