We had a lot going on this past weekend. It began with a postponement of a Backcountry Ski Tour because… well, no snow. It also ended with a postponement of an Ice Climbing Intro because… well, too much snow (driving considerations forced the change). And snow, the lack or abundance thereof, only started the challenges. The forecast alpine winds and bitter temperatures added to the logistical confusion suggesting we shuffle some things around. It worked. Postponements aside, we got it all done. Some of Our Guides staying busy.

Here’s what we did ended up doing over the weekend…

First up we had Redline Guide Ryan McGuire leading two returning guests on a Mt Washington ascent — by way of Central Gully in Huntington Ravine. It wasn’t their first time to the rodeo, but this time they rode that bronco to the very end finally claiming this mountain. The next day, in preparation for some big things in their future, our guests underwent some training. In an ideal world the training day would be first but it wasn’t because… well, snow. For more, check out this short YouTube video. 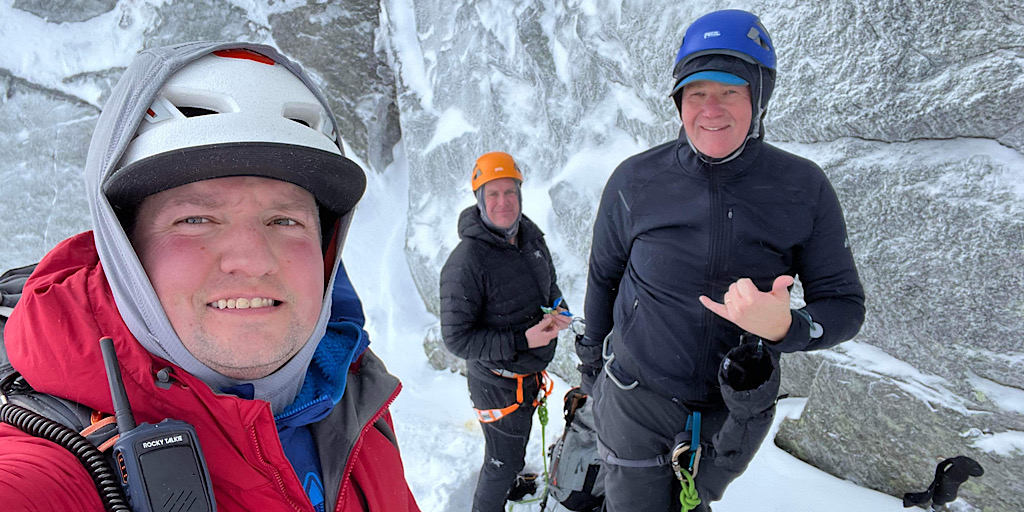 While the mountaineering training was going on Redline Guides Mike Cherim and Howard Aronson presented a half day virtual Hiking Intro Course (Winter) to one student with the plan that she’d show up in person the next day for a hike with Howard. Her first winter hike. They decided on Mt Willard along with the Around the Lake and Red Bench trails near the AMC’s Highland Center. This was a terrific experience, our guest getting a lot out of both the virtual and in-person activities. 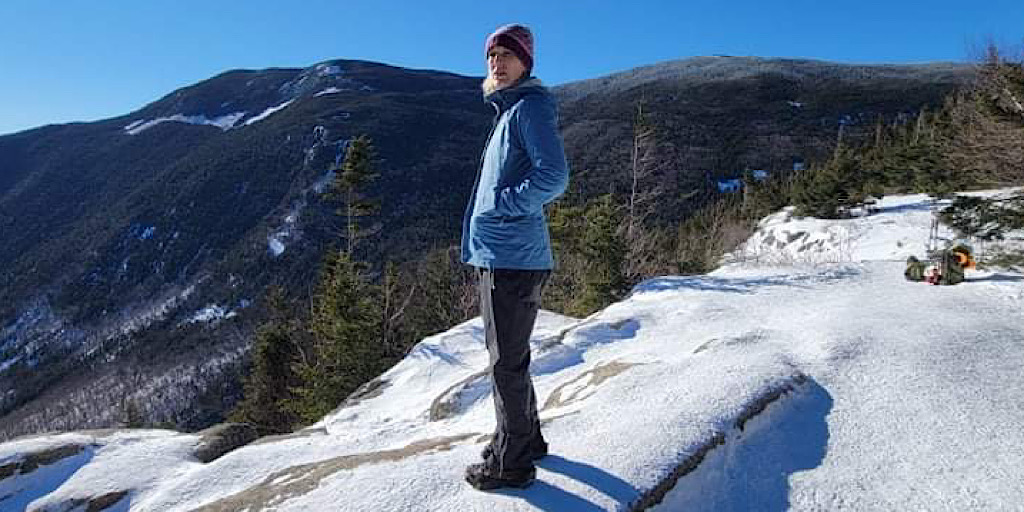 While this stuff was going on Redline Guide Pat Ferland led two guests, one a columnist from the Manchester Union Leader, on a Winter Skills and half day Mountaineering Skills day. The writer was only there to participate, train, and learn about us for an up-and-coming article. She may come back to apply what she learned. The other guest had a date with the Rock Pile the next day, his training essential.

They got it done. Our guest, like Ryan’s, made the summit. In the process Pat also broke a personal record. This summit would be as we would later learn, Pat’s 100th successful winter summit while professionally guide. This is quite the milestone. 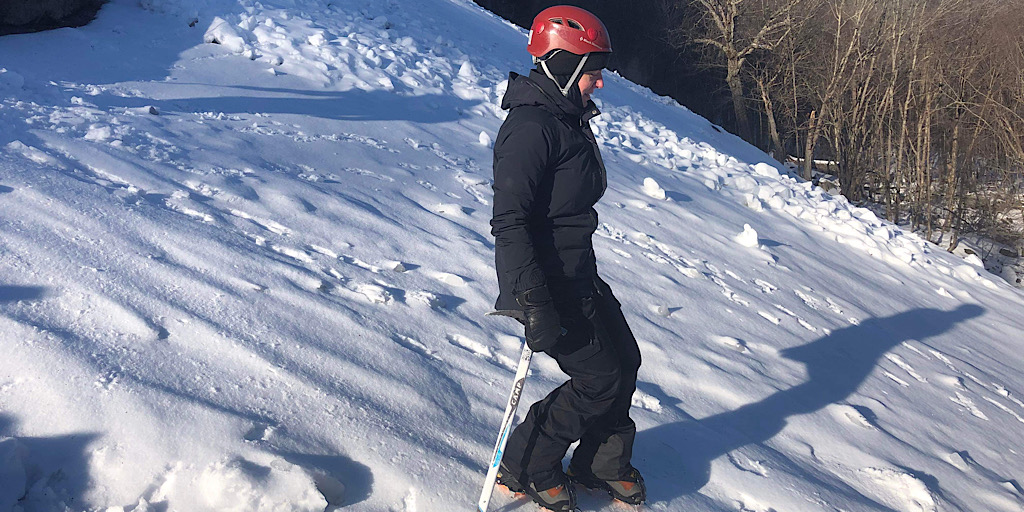 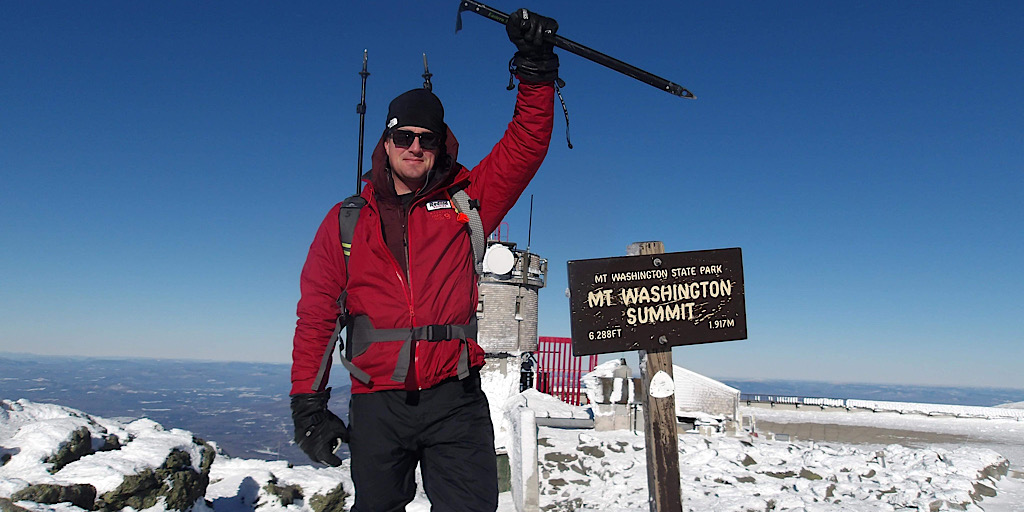 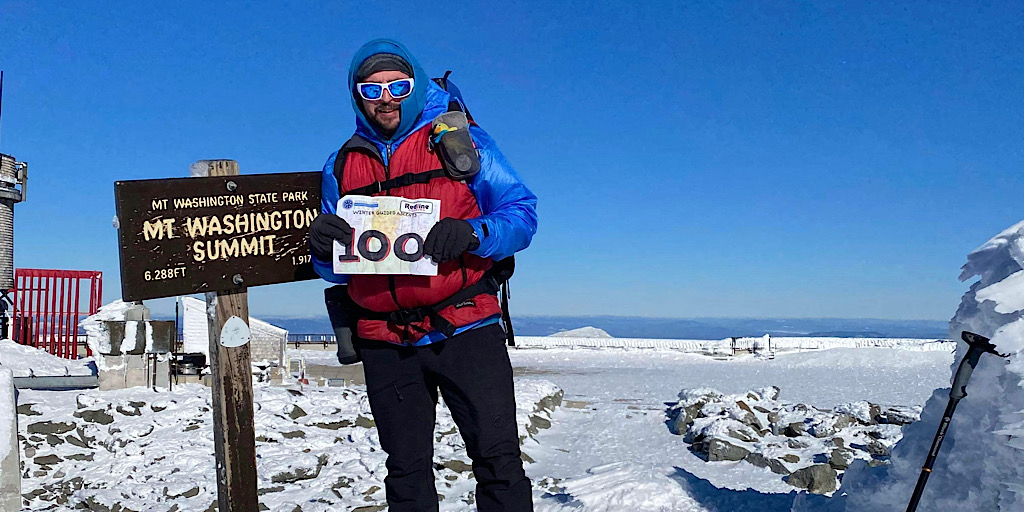 And Then Some Ice Was Climbed

While Howard and Pat were both showing people the ropes or taking people to the top of New England, Redline Guides Ryan McGuire (yeah, him again) and Phoebe Seltzer were showing some folks rounded up by Ridj-it how to use pointy things and cleats (joking) to climb up ice during yet another Ice Climbing Intro. This time the group went up to Champney Falls. So pretty in there. Cozy. 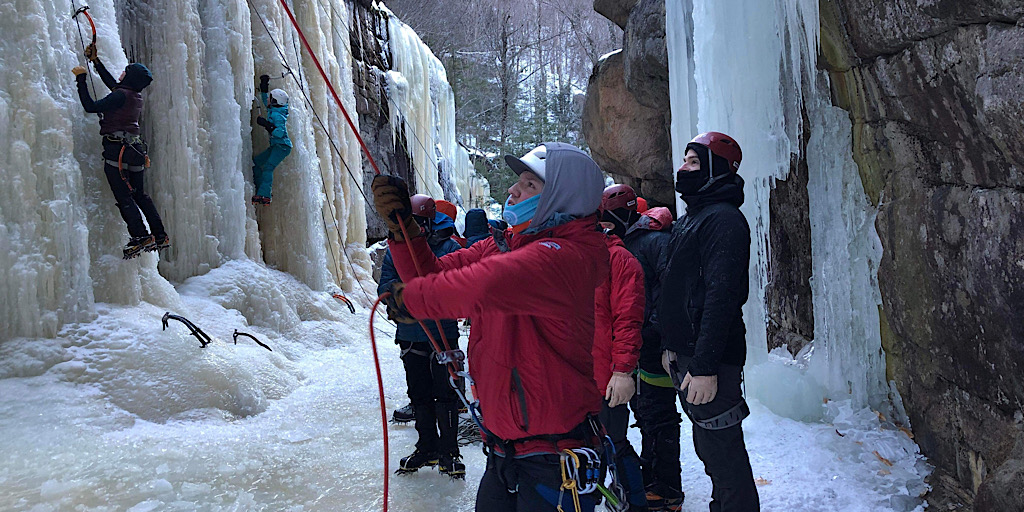 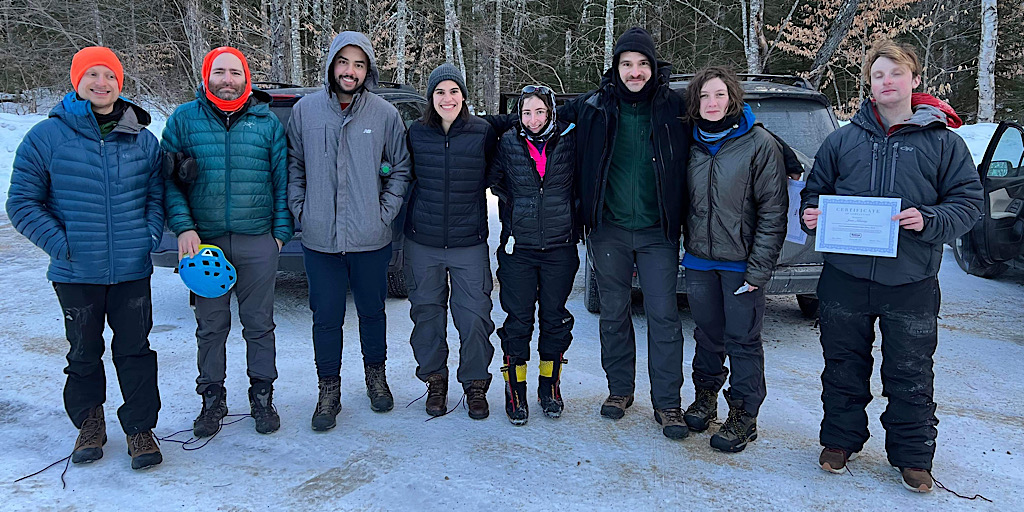 Great job everyone, guides and guests!