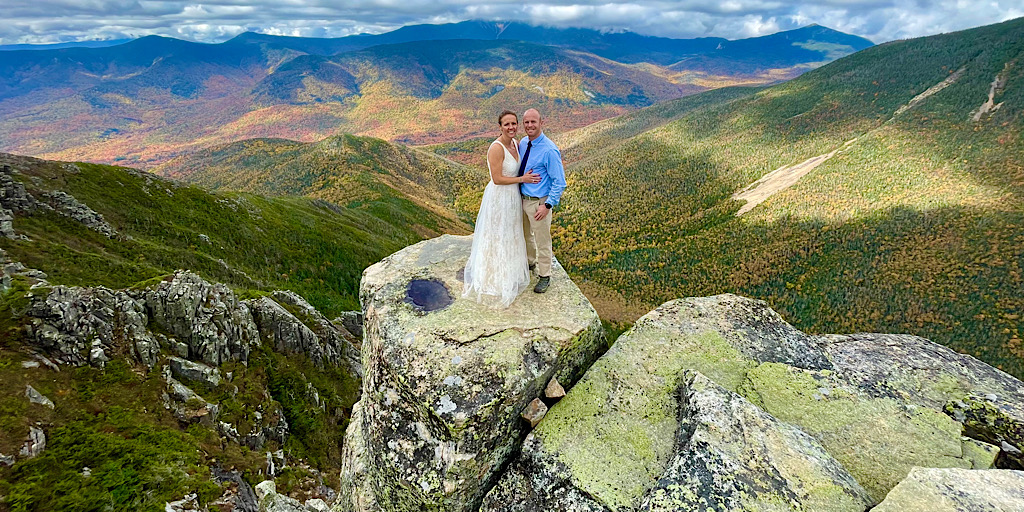 The juxtaposition of the formality amid the wilderness makes for a vivid scene.

We just knew it. It was an inevitability. We knew that one day, someone was going to ask for it. They were going to say something along the lines of “we want to be married on Bondcliff.” To which we knew we would reply, “heck yeah!”

For those not in the know, Bondcliff is a stunningly beautiful mountain located in the heart of the Pemigewasset Wilderness. At 4265-feet, Bondcliff qualifies as a New Hampshire 4000-footer, though it has longer access routes than most of the mountains on that list. Bondcliff is earned, in other words. And inasmuch, it is likewise coveted. A jewell appearing amid a forest of awesome, an isolate hiding from the rest of the world. Silence and wind being all that may be heard. It’s a fantastic, otherworldly place and, to be honest, a fantastic, otherworldly place for a wedding — for parties of ten or fewer people per wilderness rules, that is.

Jessica and Jason asked that question hoping for a spot of good weather on October 6th, 2021, and we responded precisely as we forecast. “Heck yeah,” we replied. And Redline Guide and NH JP, Mike Cherim, jumped on the assignment. And not just as the couple’s wedding officiant, but also as the couple’s photographer/videographer taking 100s of stills and clips. With which, of course, in what has become our usual style, we made a movie out of it all for the couple, and everyone, to enjoy. We hope you do, too.

Congratulations to Jessica and Jason, and thank you for letting us help make this dream a reality. 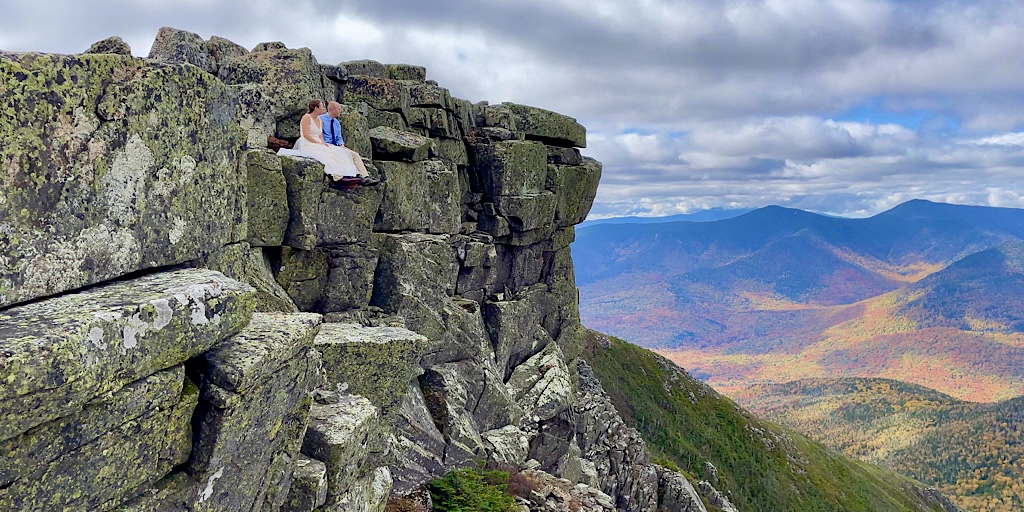 The newlyweds survey their kingdom.